Born without eyes – Passing the torch from beyond the grave

Accent 1000 with Lamp Words For Life

A little over a year ago, Griffin Stein tragically took his last breath on a Sunday evening in a Michigan hospital. Many of you remember Griffin well. He’s one of the very first recipients this community stepped up to the plate for and, no surprise, knocked it out of the stadium. 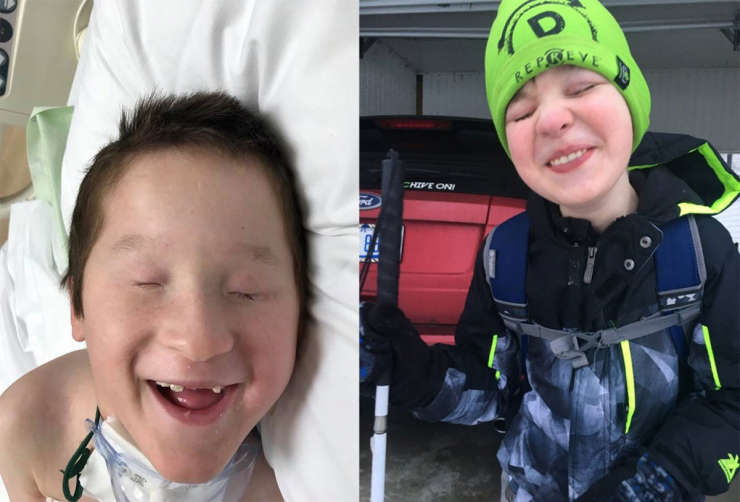 Griffin, the only Stein triplet born without eyes, and with a host of other rare genetic conditions, was the very first grant recipient of a wheelchair accessible van from Chive Charities (we’ve donated 142 since). 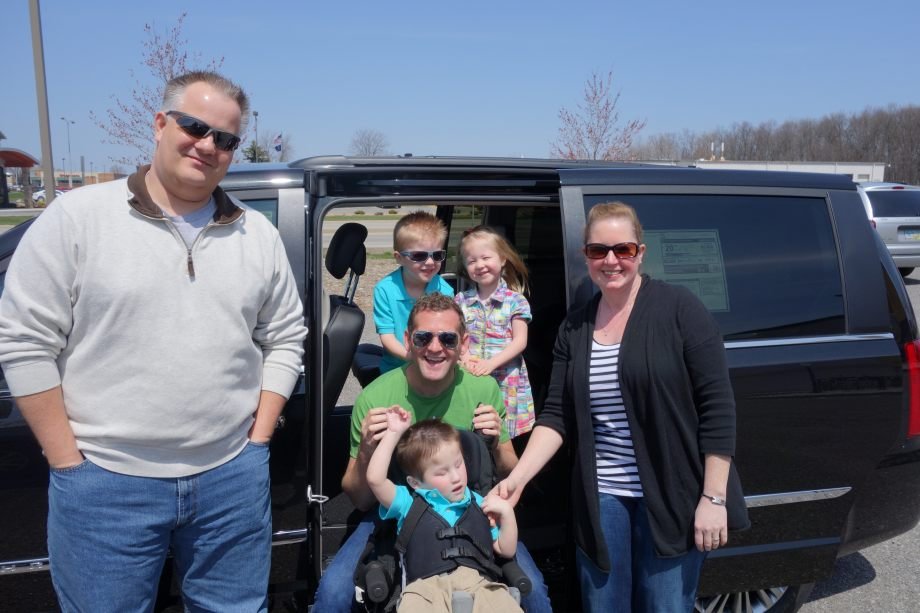 What made Griffin’s story so unique wasn’t just the record-breaking flash charity campaign that raised over $165,000 in mere hours, allowing the Steins to completely renovate their house and retrofit it for Griffin’s needs. It wasn’t just the sheer number of you who tuned in – more than a million people read Griffin’s story while multiple local and regional news outlets covered the impact theCHIVE community had made. 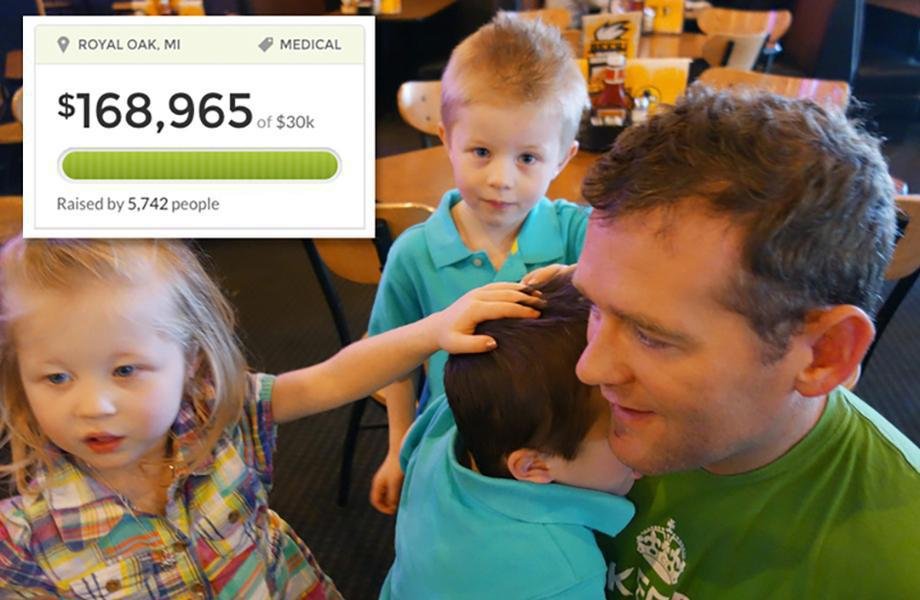 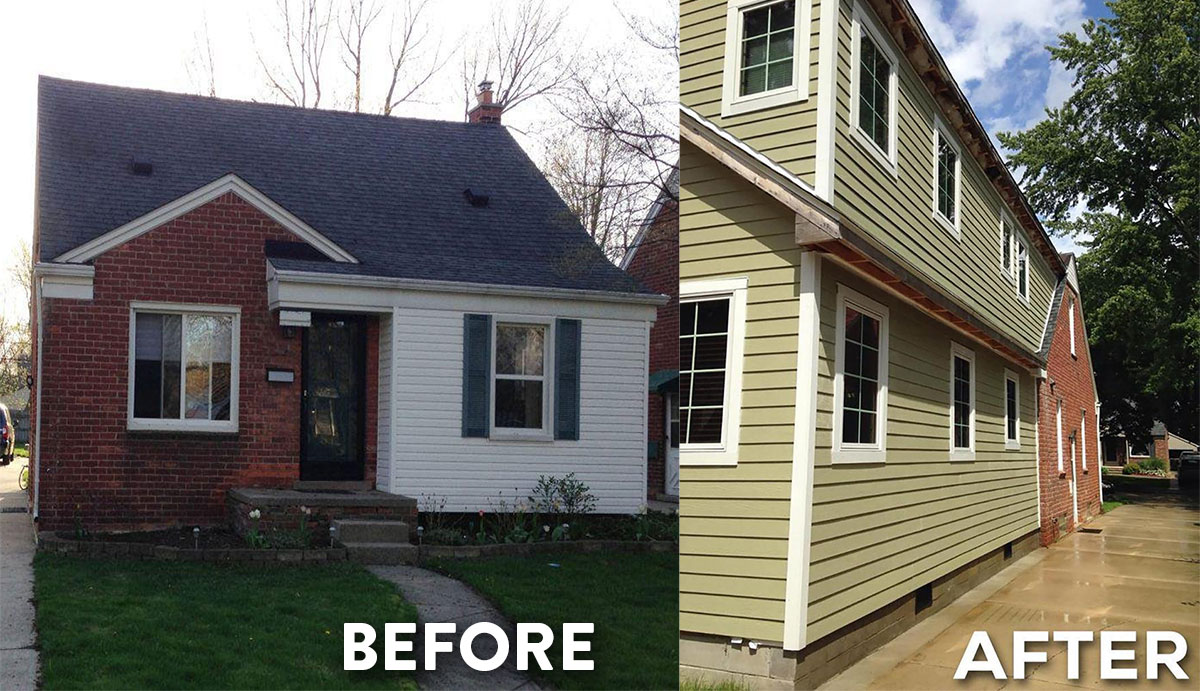 What makes Griffin’s story so amazing is the inspiration he brought to this community – how he paved the way for so many recipients to come, and the ways he continues to pay it forward, even after his passing. 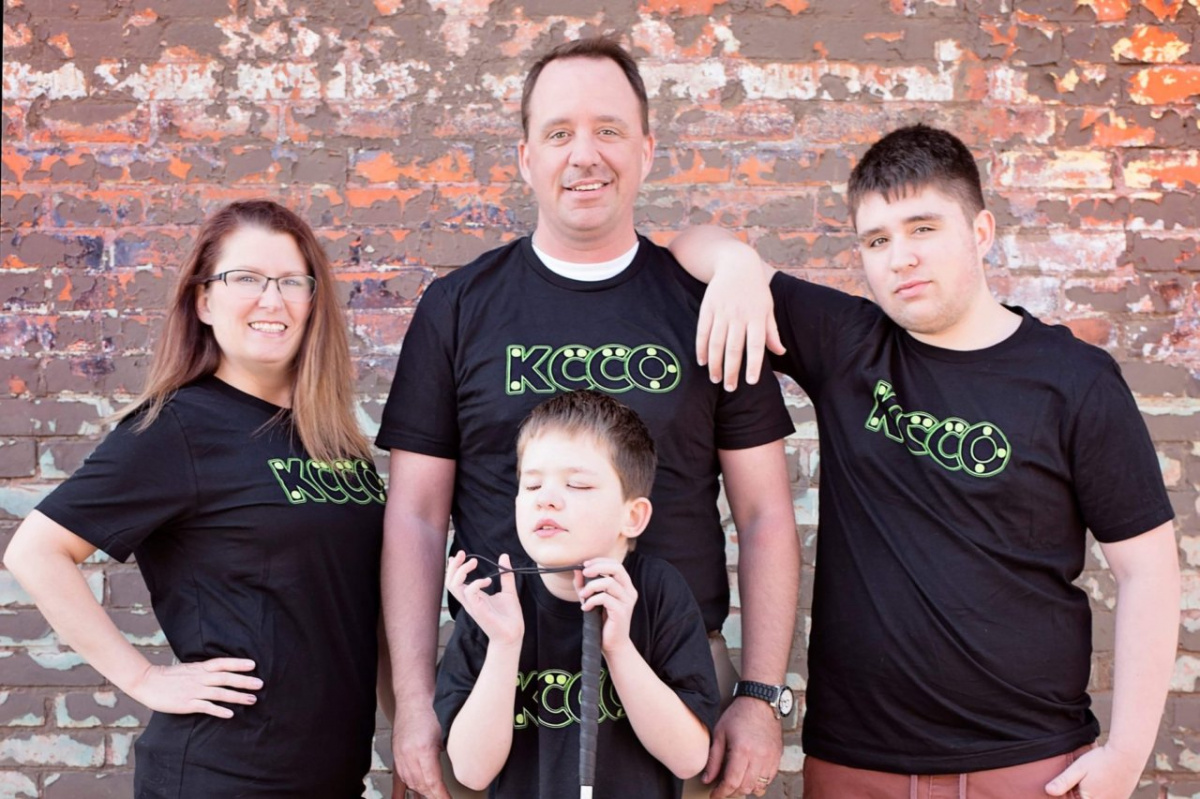 Meet the Gibson family. Back in 2013, Janet and Matt Gibson had already been frequenting theCHIVE for the humor and the daily escape, like many of you, when they came across Griffin’s story. That story, and the campaign that ensued, converted the Gibson family into lifetime Chivers. Griffin’s story had hit home not only because they, too, were from Michigan, but because their son, Wesley, was also born without eyes. The parallels between Griffin and Wesley didn’t stop at the physical, though. They saw Griffin’s determination to defy the odds and write his own story in Wesley as well. 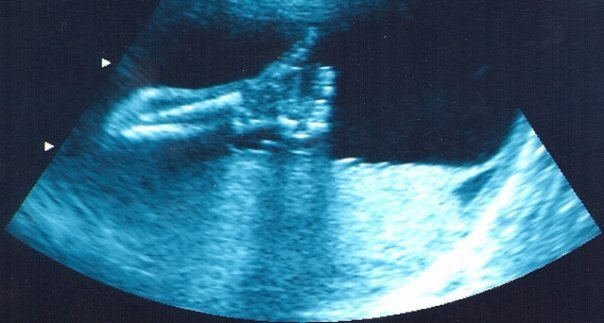 Wesley’s determination started long before he came earthside. While doctors began to broach the subject of termination due to several abnormal prenatal test results, Wesley’s response from the womb was a thumbs up to his parents. His message to Matt and Janet was clear: “Hey guys, we’ve got this!” 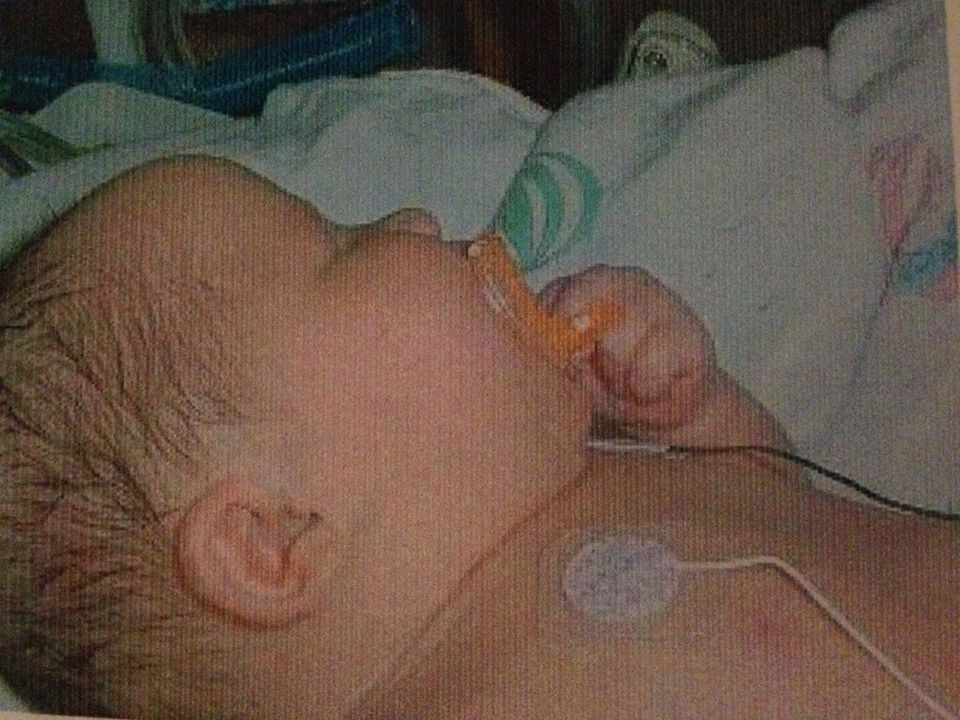 Born without eyes, the Gibsons were resigned to the fact that their son would be blind for life. Doctors also diagnosed Wesley with Agenesis of the Corpus Callosum, or the absence of the area of the brain that connects the two cerebral hemispheres. In short, his brain would forever develop abnormally. Doctors warned of a very real chance Wesley would never walk or even be able to communicate, let alone talk.

But Wesley has a way of taking everything in stride and the Gibsons learned to celebrate every milestone. “We looked for the positive in the situation,” Janet recalls. “When you look for negativity, you will find it and if you look for the positive, you’ll find that instead. So that’s just what we did.” 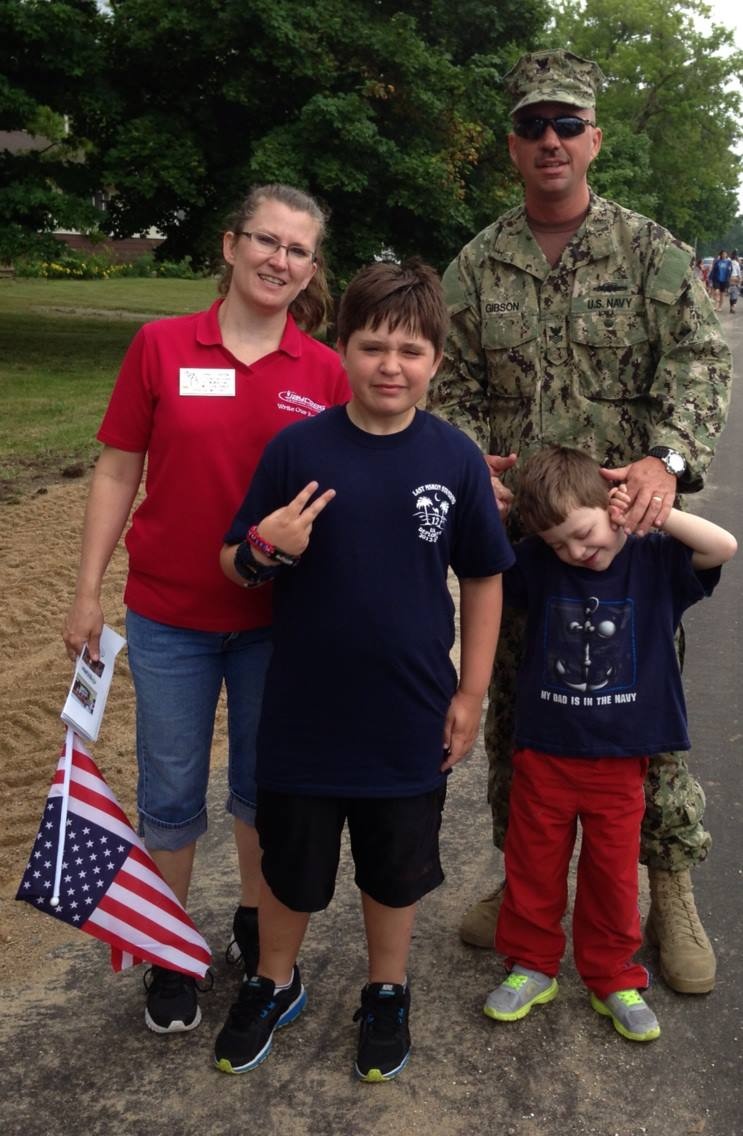 And that positivity started paying off. Wesley, always the happiest of toddlers, started talking. Then he started singing and dancing. When he started standing on his own, the Gibsons rejoiced. And then, against all odds, Wesley used a walker to support his steps at age 3! 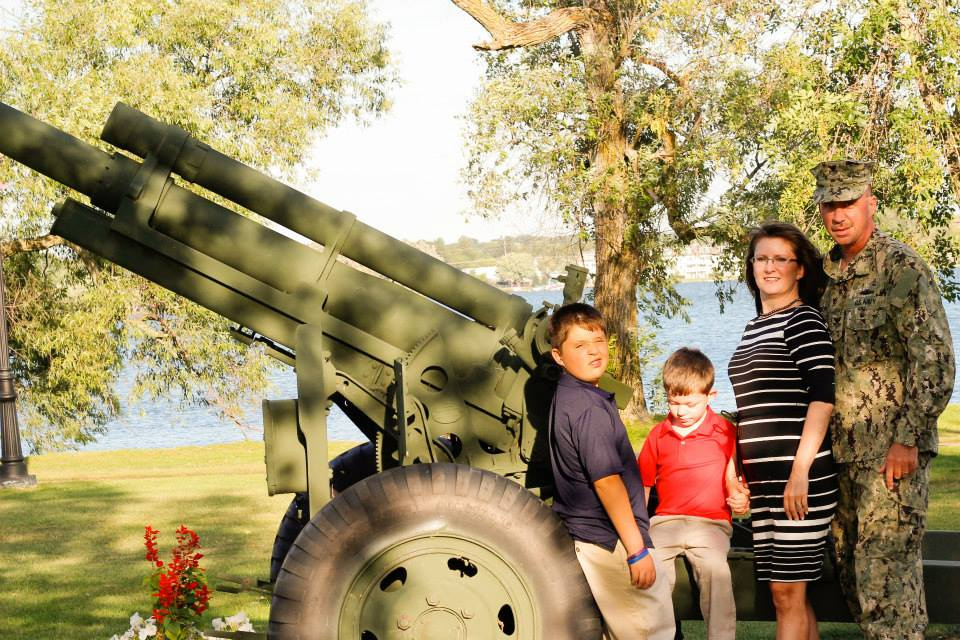 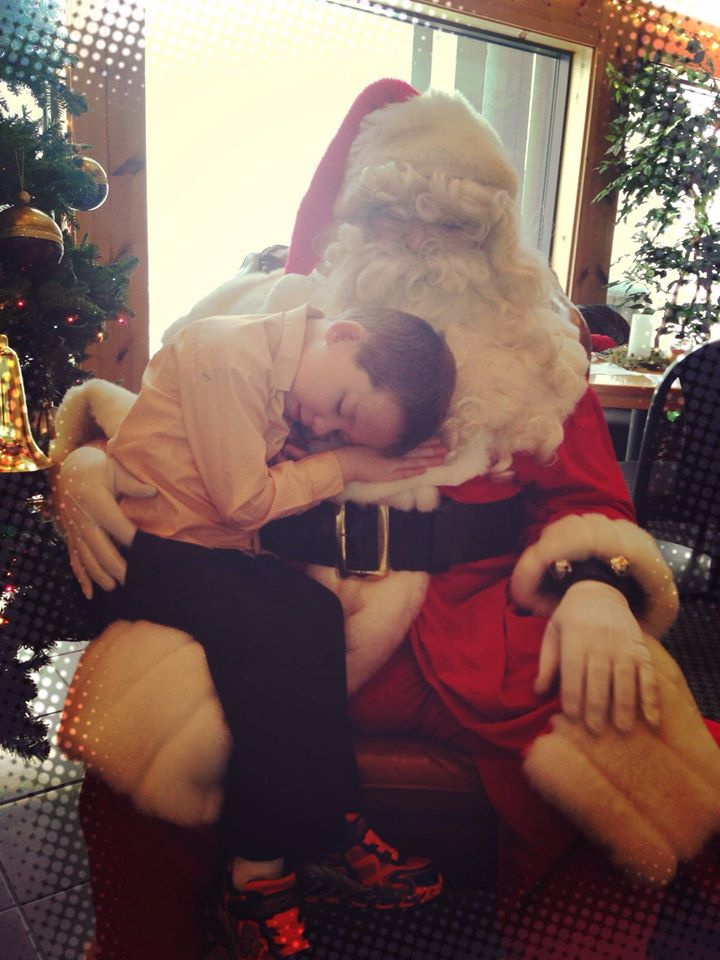 Despite his struggles, the Gibson family never allowed Wesley’s disabilities to stop any one of his abilities. Wesley started to channel his energy into being active and expanding his physical boundaries. 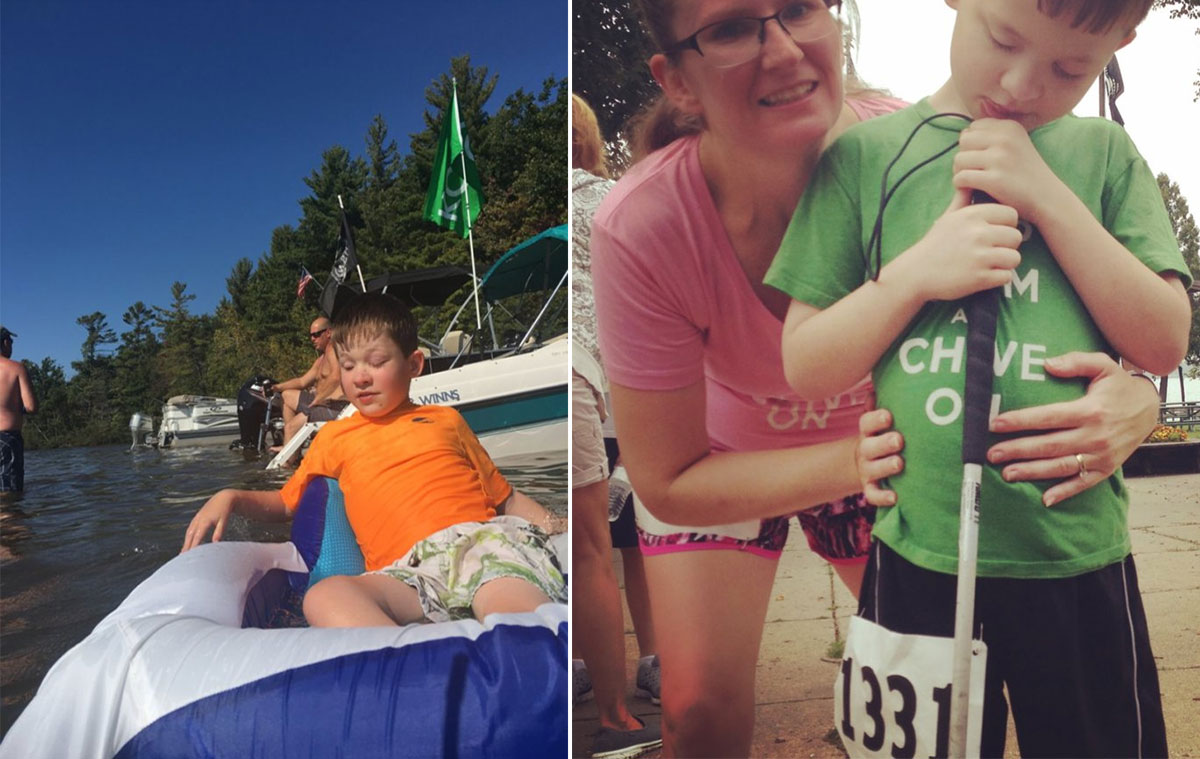 Wesley loves to swim and walk. 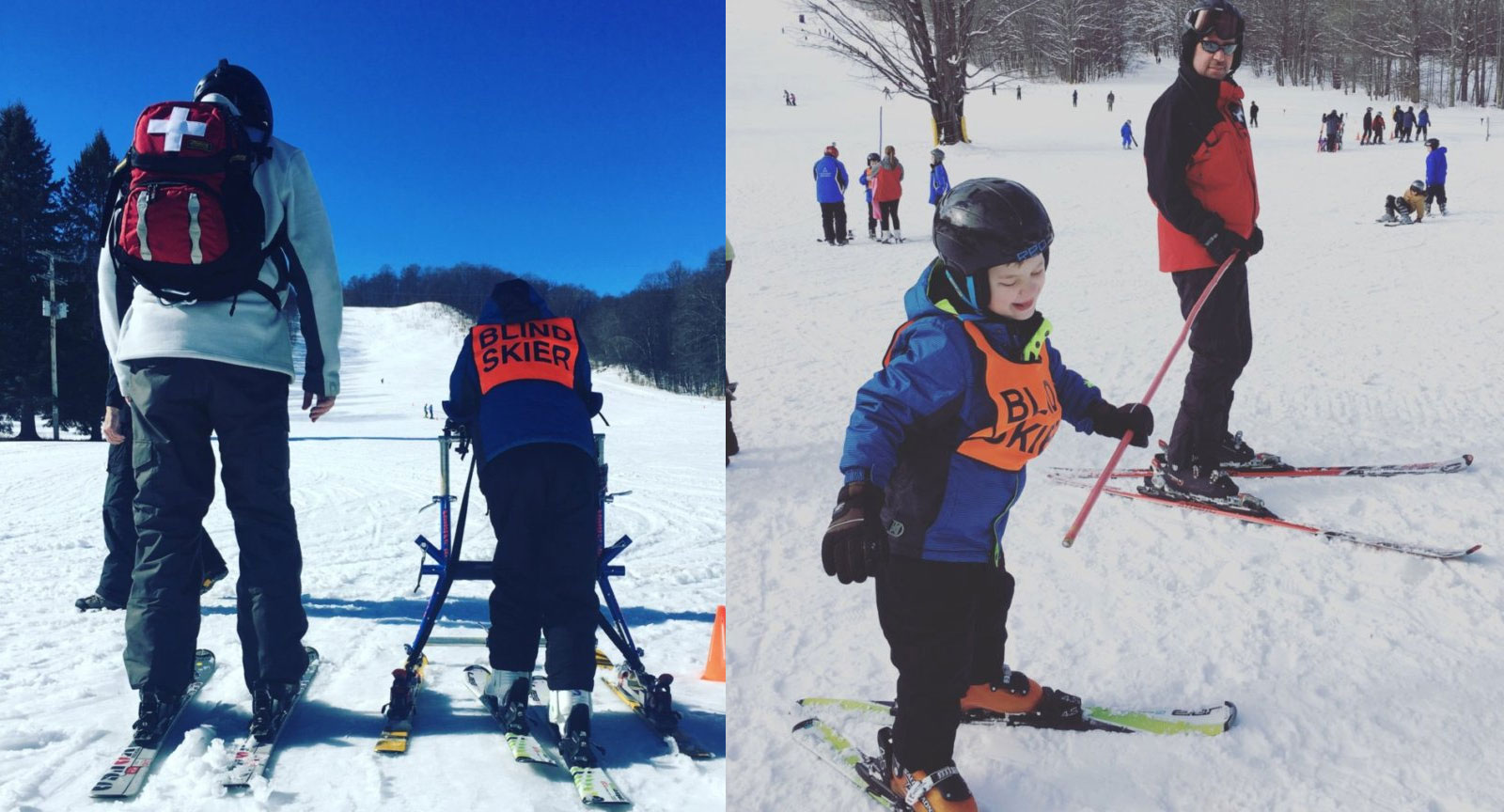 He even learned to ski!

Then suddenly, all the milestones Wesley fought so hard to achieve started to fade away. He slowly turned inward. He no longer talked. While singing, his favorite thing in the world to do, his perfect pitch started to disappear. When he stopped singing altogether, something was definitely wrong. Janet suspected Wesley just missed his dad, who was serving overseas, or that it was the stress of starting at a new school. She hoped the old Wesley would come back eventually. 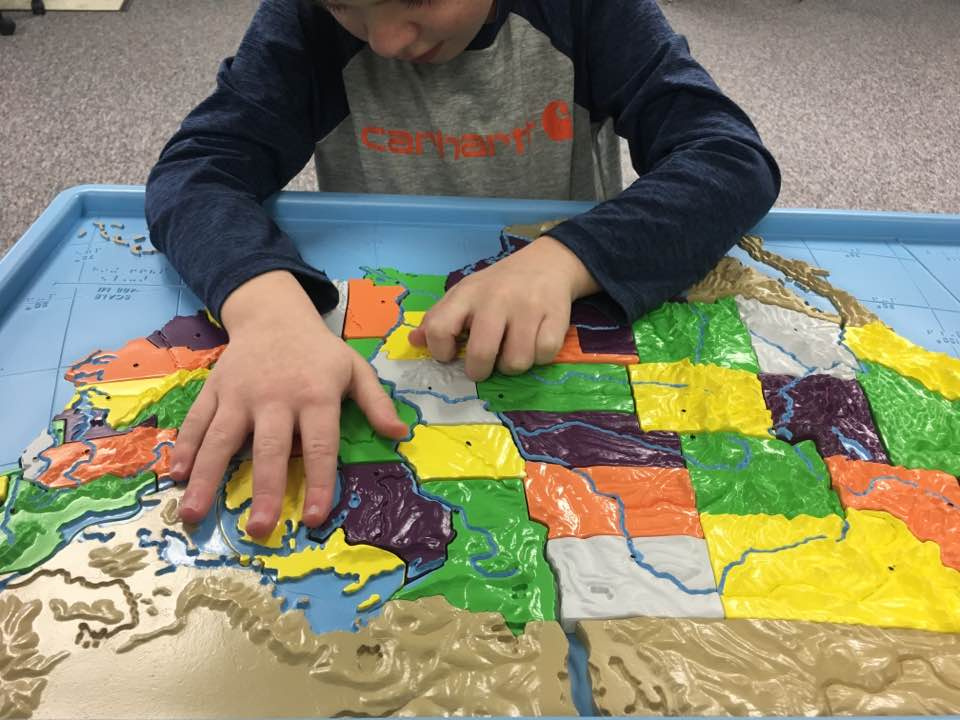 But as the years passed, Wesley’s voice never returned. The Gibson’s began to suspect Wesley was autistic and eventually received a diagnosis of selective mutism. His teachers could tell Wesley had so much going on in his head but that he just didn’t have a way to express it. He’s always been an intelligent kid. Imagine being trapped with your own thoughts with no way to communicate, having others futilely guess what you want. That’s how it was for Wesley. He would cry and act out in anger and frustration from not being heard. 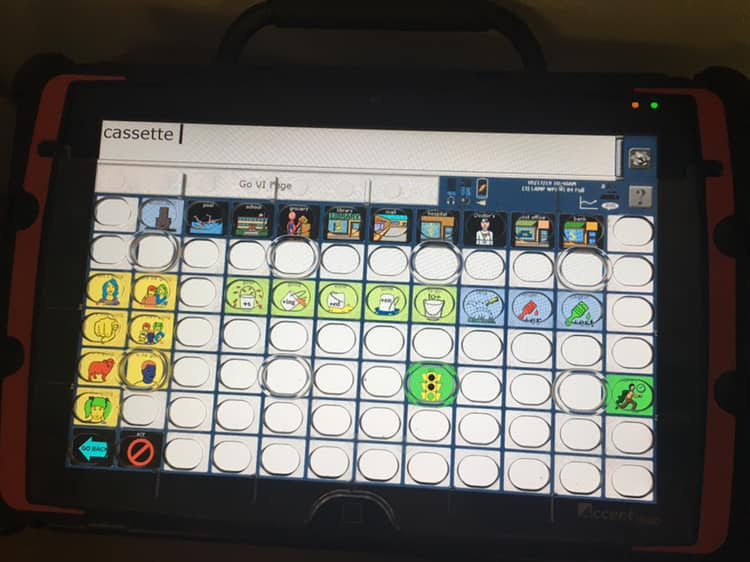 Over the years, Wesley and his family have built an incredible team of physical and speech therapists to help support and challenge him. In May 2019, his school therapists recommended he try the PRC Accent 1000 with LAMP Words For Life. The Accent 1000 is basically an iPad with endless vocabulary and a visually impaired keyboard that speaks back the thoughts of the user. For Wesley, it was like his world opened up again.

While at school, Wesley’s teachers allowed him ample time to experiment with the device and within weeks he was already typing full sentences. Wesley was so successful that the developer of the technology admitted he had never met anyone who had taken to the technology so quickly and effectively. 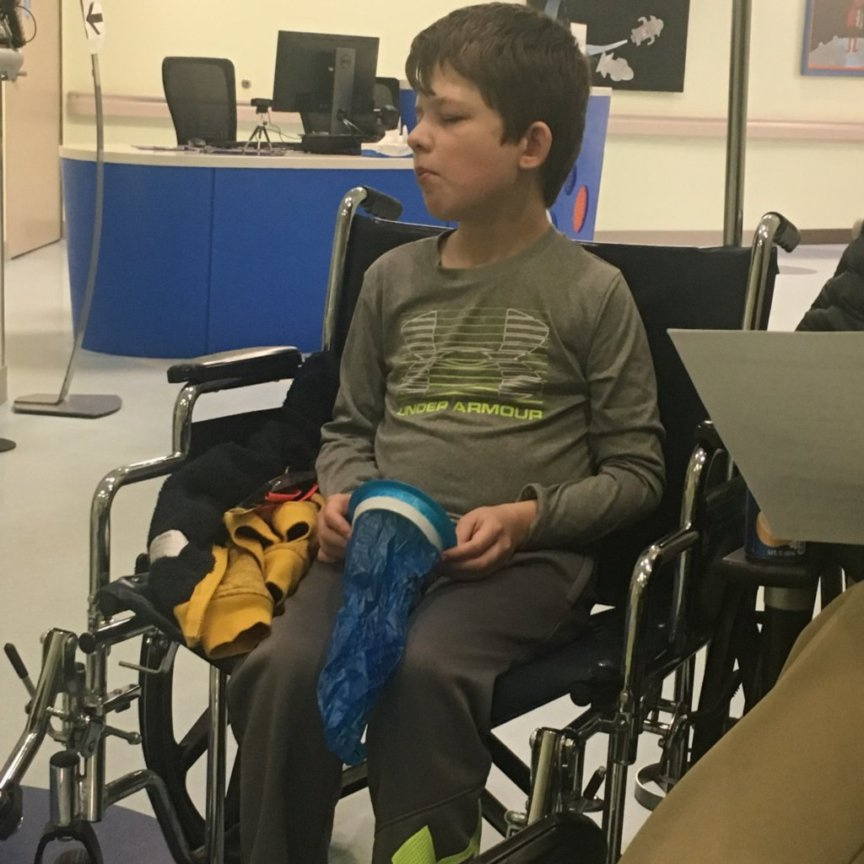 Wesley’s advancements at school were remarkable and the new technology did wonders for his confidence. There was just one problem, though. Wesley was only able to use the device at school and occasionally, when he was able to borrow it, at home.

What he needed was his own PRC Accent 1000 machine. Enter Chive Nation and Griffin Stein. 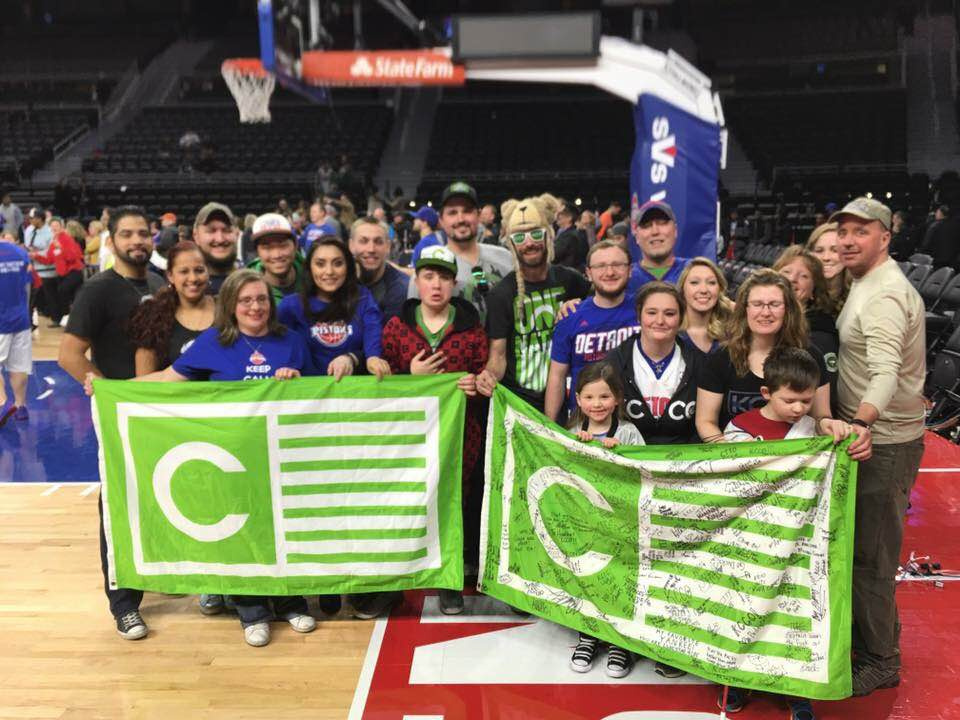 Back in 2015, two years after becoming a lifetime Chiver because of Griffin’s story, Janet was looking for help to get her son an adaptive bike. A fellow Michigan Chive member had recommended she reach out to Chive Charities for assistance. Janet even went so far as to start a Chive Charities grant application. But she had always been one to give rather than ask for help. Instead of finishing her application, she worked with an organization to fundraise money for 3 other families to receive adaptive bikes before she would accept one for Wesley.

Fast forward nearly 5 years and Wesley’s Chive Charities application had been sitting in our system incomplete all this time. But with the PRC Accent 1000 becoming an essential need in Wesley’s life, Janet finally had a reason to reach out for help. “Every person, every child deserves a voice and Wesley is no exception,” Janet told us last week on the phone. 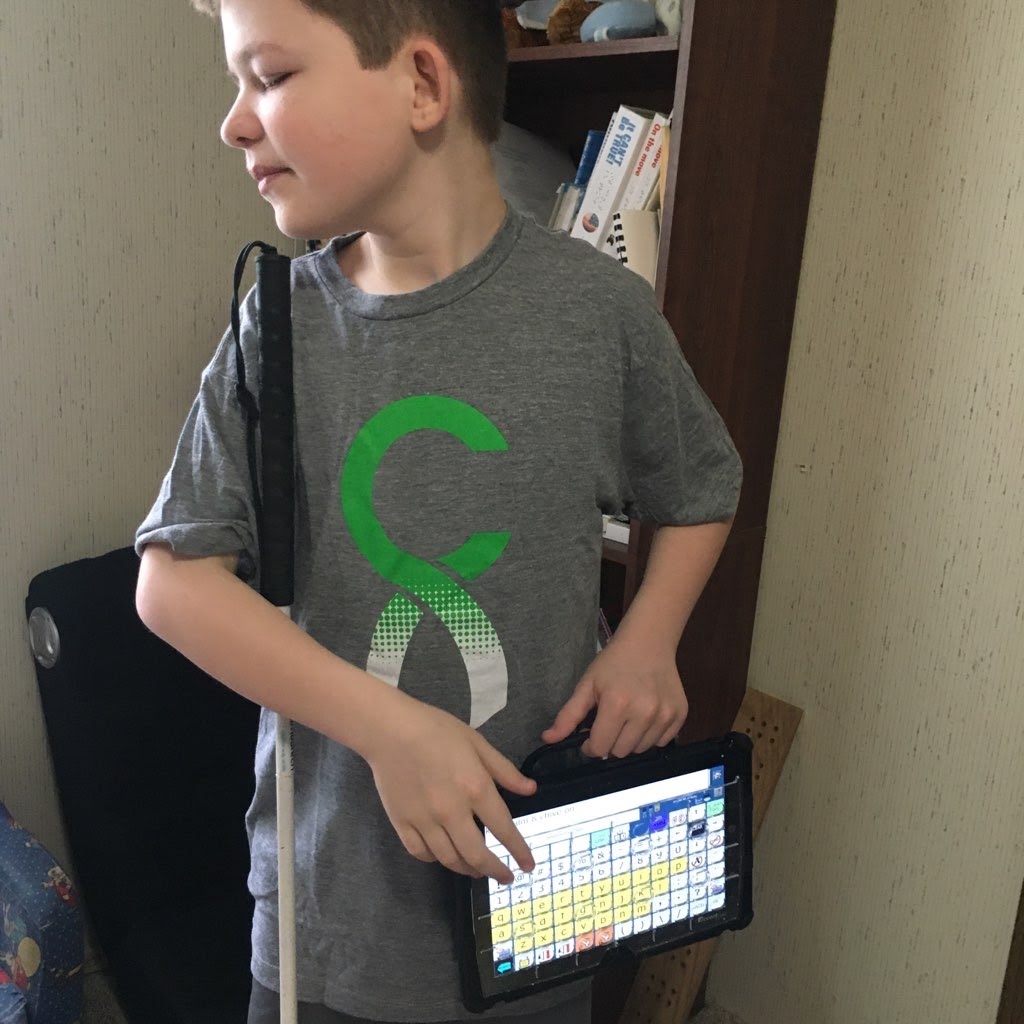 Determined to help, we got on the phone with PRC-Saltillo, the maker of the device Wesley so desperately needed.

“We were honored to work with Chive Charities to assist this wonderful young man,” said Chuck Reid, VP of Marketing & Distribution. “Our mission – the core of what we do – is to enable individuals with speech and language impairments to successfully communicate and interact in their environment.” We couldn’t be more aligned. Here at Chive Charities, we exist to give a voice to the voiceless. Thanks to a huge discount from PRC-Saltillo, some fundraising from the Michigan Chive chapter, and a $5,320 grant from our monthly Chive Charities donors, we were able to purchase Wesley his very own Accent 1000 with Lamp Words For Life technology!