When one door shuts, another opens.

When we set out to share DJ’s story, it looked a lot different than the one we’re going to tell.

Last week, DJ celebrated his third birthday. It didn’t include a cake or party hats or piles of newly unwrapped presents. There was no joyous celebration. Instead of cheerful voices singing “happy birthday,” there were hushed conversations of nurses and doctors, steady beeping of machines, and a heavy sense of fear and uncertainty that filled the room. Right now, DJ is fighting for his life.

When we talked to his mom, Kelly, at the beginning of November, things were going about as normal as expected for a toddler with 37 medical conditions, 13 of which are rare.

It started with her complicated pregnancy with DJ, and after visiting a high-risk specialist, she had an ultrasound experience that stayed with her to this day. 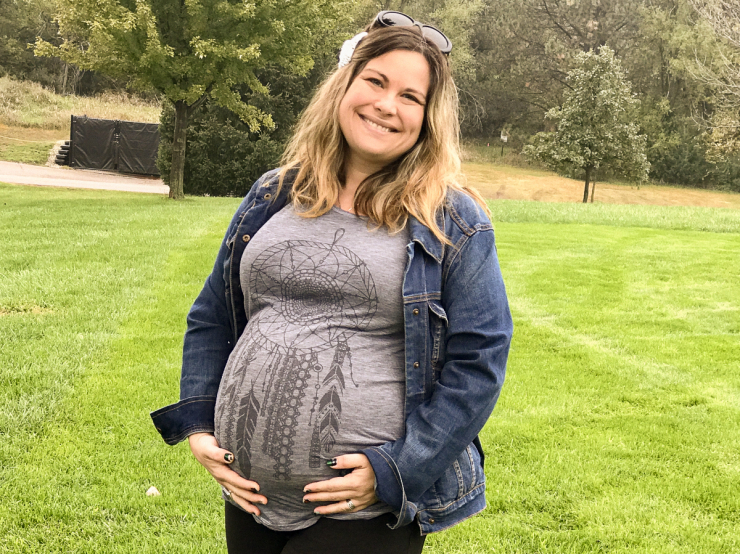 “I will always remember the doctor looking at the results, sighing, and then asking the nurse for a piece of paper to write down the list of things ‘wrong’ with our baby,” Kelly said. “(But) we knew we had to fight for DJ, no matter the outcome, no matter the years of battles still ahead. Never will I give up hope for my son.”

She’s never wavered from that promise.

On November 9, 2017, DJ Satter opened his eyes to a whole new world. The excitement of his birth was short-lived, as DJ was immediately transported from the hospital in Lincoln, Nebraska to a larger hospital in Omaha where he would receive a life-saving surgery to help him breathe. Big brother Dilyn stayed by his side, as all the best siblings do. 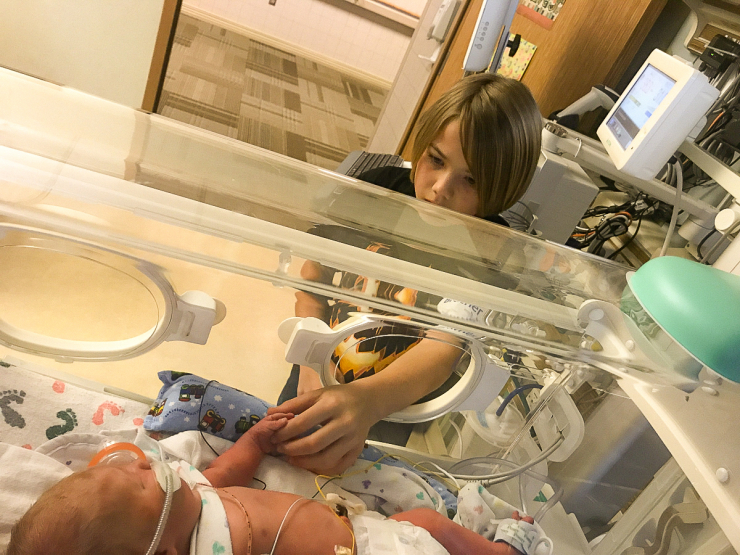 His care has been a lot like a revolving door. He pushes through one side — one round of challenges or difficulties overcome — only to face another waiting on the other end.

In the three years since his birth, DJ has fought through 31 surgeries. 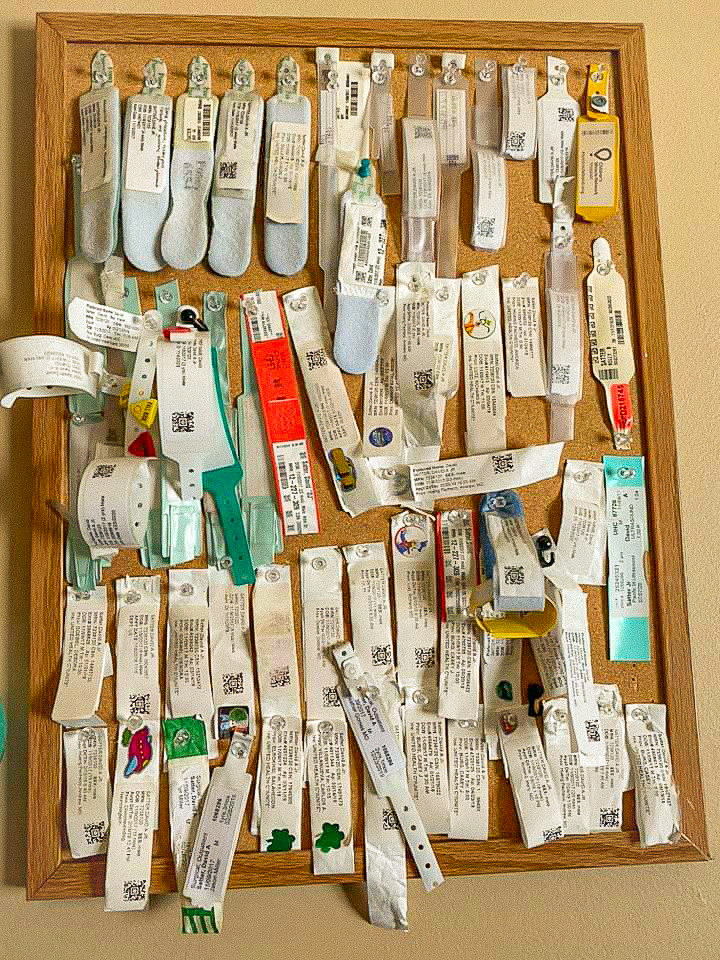 And true to her word, Kelly and her family have been with him every step of the way. 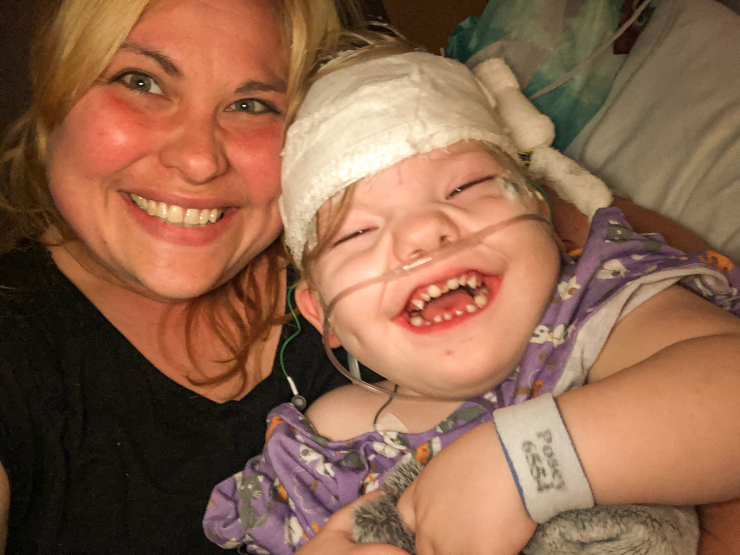 Kelly explained his needs well, saying, “Certain symptoms can set off others. For instance, when he’s cutting a tooth, he spikes a fever and drools, just like typical babies and toddlers. But for DJ, that causes swallowing issues, which causes his reflux to act up, which causes him to throw up. The fevers trigger his seizures, which lead to apnea events that have caused him to stop breathing and sometimes need rescue breaths. The revolving door.”

That door swung in the wrong direction last week.

During our video call with Kelly, DJ was happy and babbling, handling the recovery of a recent surgery like the champ he is, and sporting some new glasses to help his vision. 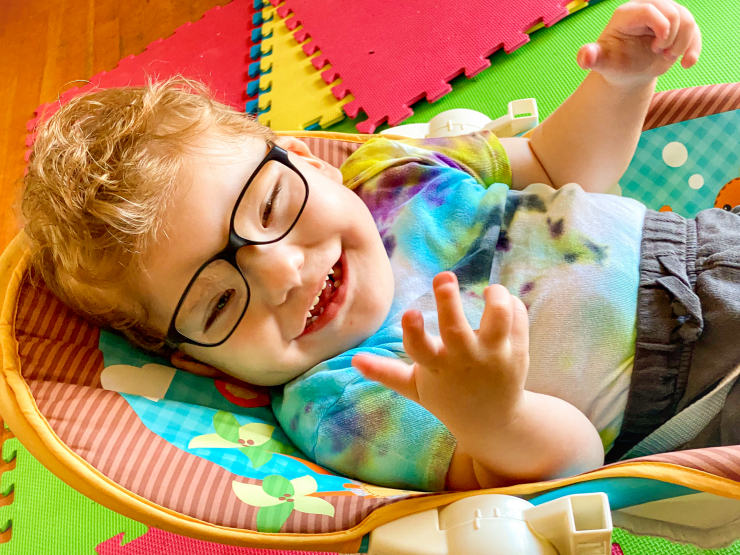 Unfortunately, just a few days after our call, DJ began having respiratory issues. His health declined so quickly that he was intubated and sedated, doctors trying a long list of things to get him back on track. It hasn’t been going well. 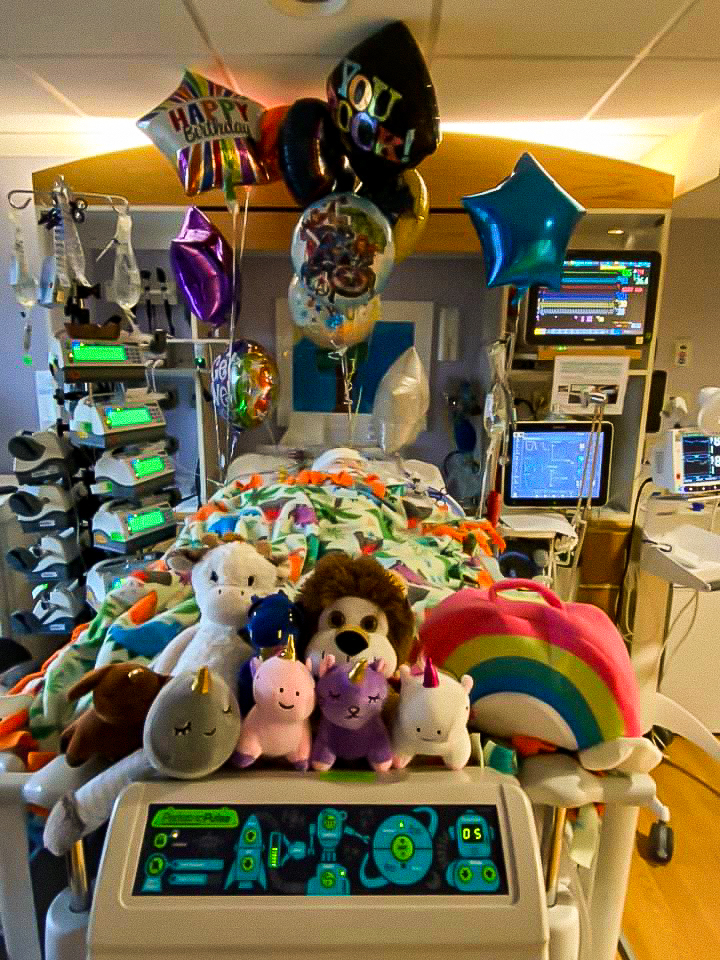 This is not how a 3-year-old is supposed to spend their birthday. This isn’t how a family should celebrate the life of their brother and son. But this is an intimate view into what these rare medical families face each and every day.

These parents watch their children overcome unthinkable challenges, encouraging them with soft smiles on their faces and upbeat enthusiasm in their voices. But on this day, Kelly stepped out of DJ’s room, found a quiet corner where she could be alone, and cried. 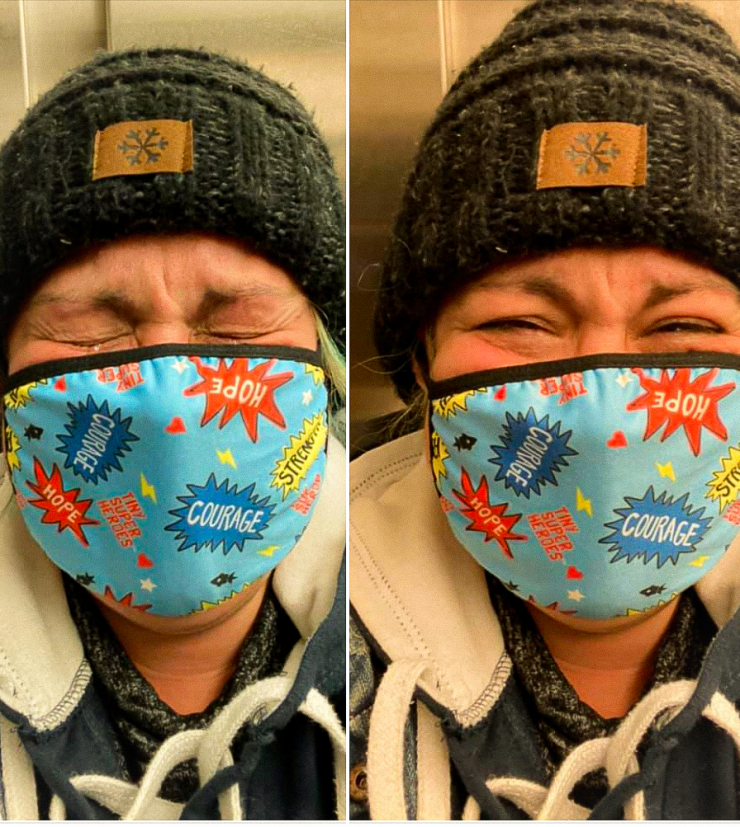 Truthfully, when we heard about DJ’s current condition, we struggled with knowing what to share with our community. It’s incredibly emotional to see him like this and to imagine the family’s pain. But then we realized something.

DJ, Kelly, Dilyn and Dave are exactly why we set out on this journey eight years ago. They’re the perfect example of a family who has experienced the highest of highs and the lowest of lows. The revolving door that’s always in motion.

Rare medical families will tell you that the only thing you can predict is unpredictability. Kelly knew it from the moment that the first doctor gave her a list of what was “wrong” with DJ. But she also knew that she would be there with him unconditionally and without fail. Yes, it would be hard. Yes, she would feel heartbreak and sadness and uncertainty. But it would also be her greatest gift. She would also feel joy and inspiration and hope.

“Not a second of his life has gone by that I haven’t felt blessed,” she told us. 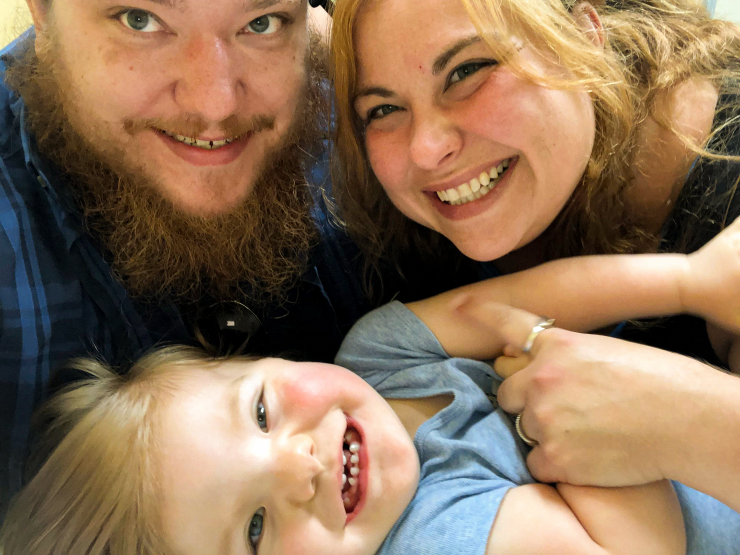 So, despite the fear and sadness and uncertainty, she’s been there, and now we’re there for them, too. Unconditionally and without fail.

A week before DJ was hospitalized, we provided the Satter family with the one thing they didn’t have — peace of mind in the form of safe and reliable transportation. AMS Vans delivered a 2019 Dodge Caravan specifically designed with DJ in mind, a gift with an impact of $43,204.96. 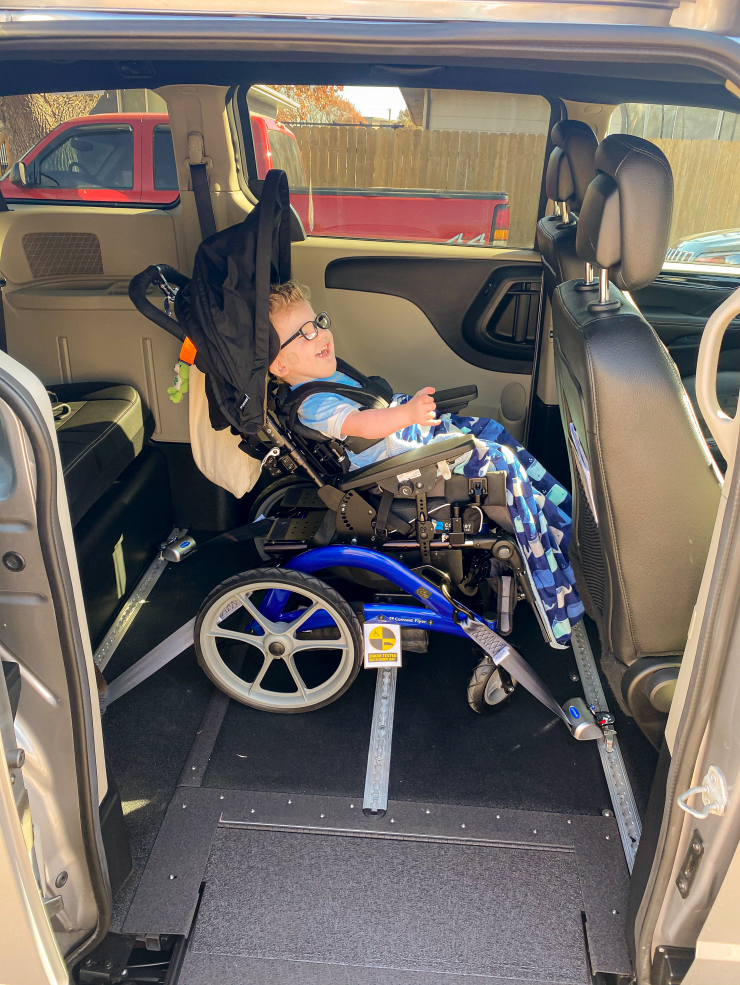 We hoped DJ’s first ride would include his favorite music from Madagascar II, maybe a drive-by visit to see his family. We couldn’t have known that it would actually be a ride that saved his life, an emergent, middle-of-the-night rush to the local hospital.

But being there for people who need us the most is the foundation of everything we do.

And it didn’t stop there.

While Kelly and DJ were at the hospital, we sent one of our Chive Charities board members and some amazing local Omaha contractors to their house to install a new sliding patio door and wheelchair ramp for DJ. Our sincere gratitude to Keith Sutton and crew on the hard work, which will make life easier for the family — something they could certainly use right now. 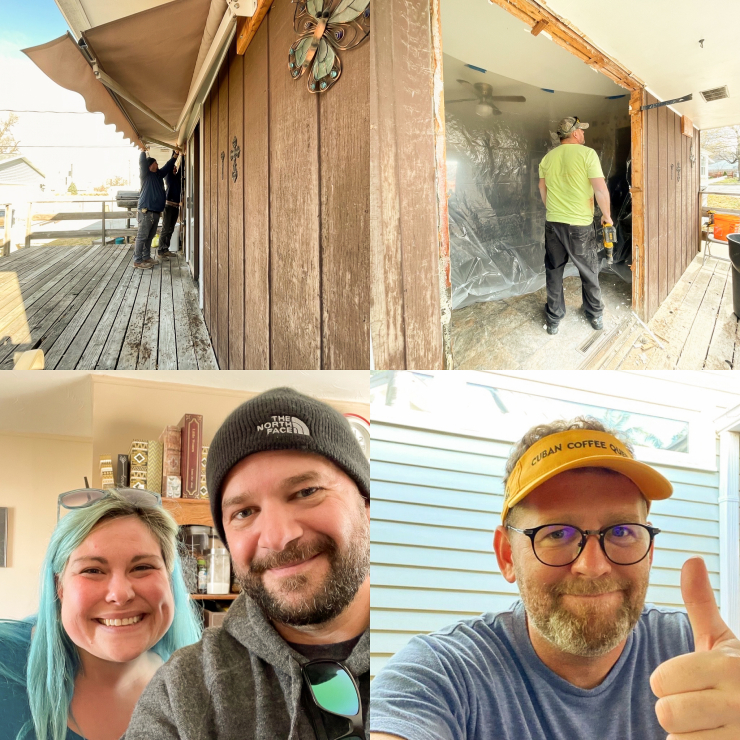 At last check, DJ had made some small progress. He’s more alert now, color flooding his cheeks and a spark filling his eyes. He has a long journey ahead, but this boy with the fighting spirit is giving it all he has. Though they’re asking for prayers only, cards of support and encouragement can be mailed here:

Once again, DJ is trying to push through the revolving door, reaching for hope on the other side. And now, the Chive Charities family will be there with him, unconditionally and without fail. 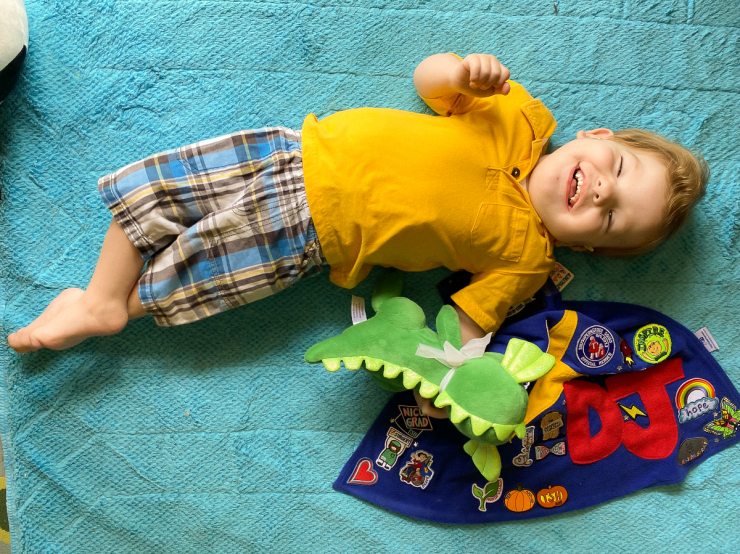 No, this isn’t the story that we wanted to tell. But this is the reality for the Satter family. This is the reality for so many rare medical families. It’s why your help is so critical. We can’t know what’s on the other side of the door. We can only know that we’ll be there for each other, whatever it might be.

Become a monthly donor by giving $5/month or more and you’ll directly support our efforts to create life-changing impact. Instead of saying “there’s nothing we can do to help,” you’ll be part of a community that says, “we’ve got you.” DJ and so many others like him are worth it. DONATE HERE. 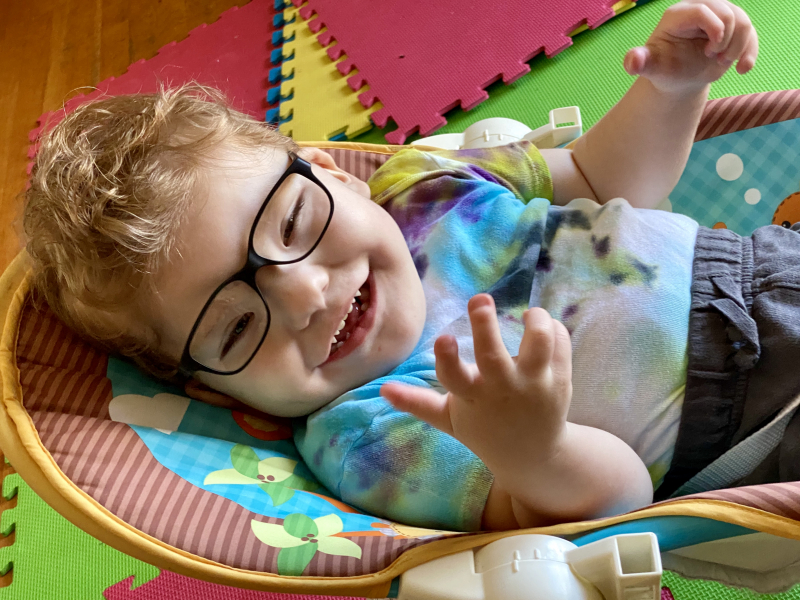