Christmas wishes for the bravest kids

It all began with a teddy bear… 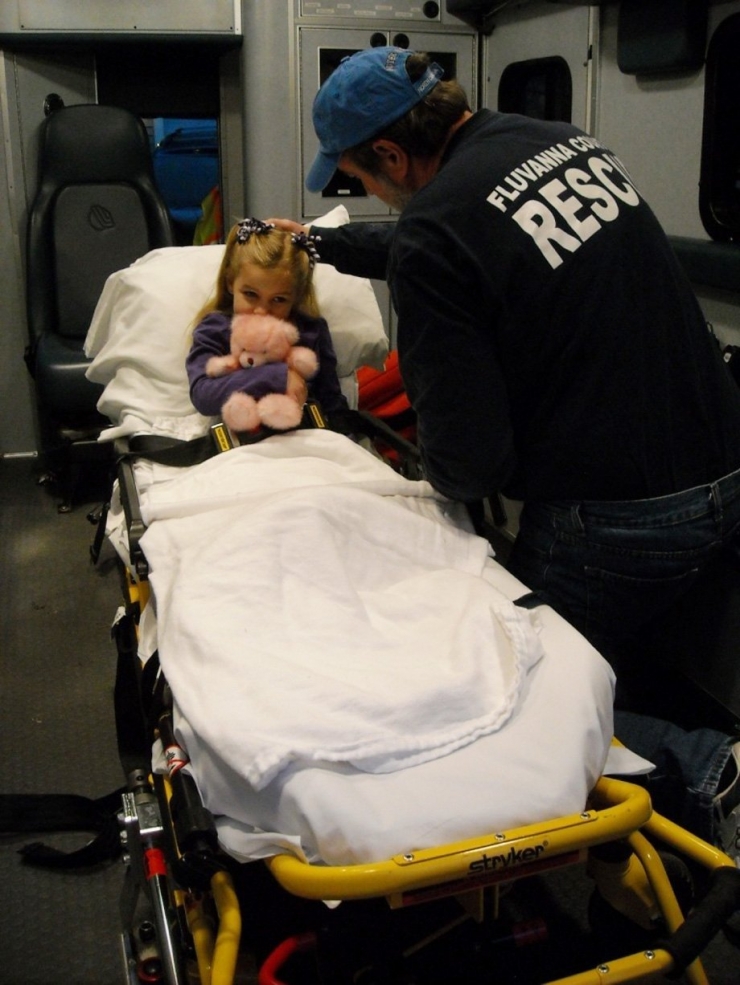 Since the very first flash charity campaign we ever launched from theCHIVE, we have been committed to the idea that the back of an ambulance is a scary place for a child. Hospitals are not much different. Sterile environments, the daily poke from a needle, nothing about the experience resembles home. Children often find comfort in toys, sometimes it’s their only escape, transporting them from the sanitized walls of a hospital to a colorful world of play.

And so, every year we bring you a Christmas story. And our annual Christmas stories always involve bringing toys to sick children…

Remember the Wilson family from Ontario? Little Lilli Wilson suffered from Smith-Magenis Syndrome, a developmental and sensory disorder that affects the 17th chromosome. The Wilson Family couldn’t afford to bring Christmas to their 3 kids that year. So I drove my parents’ car from Ft. Wayne, Indiana to Sault Ste. Marie loaded with $10,000 worth of presents donated by the Chivers. There were so many presents, it took the kids all day to open them. 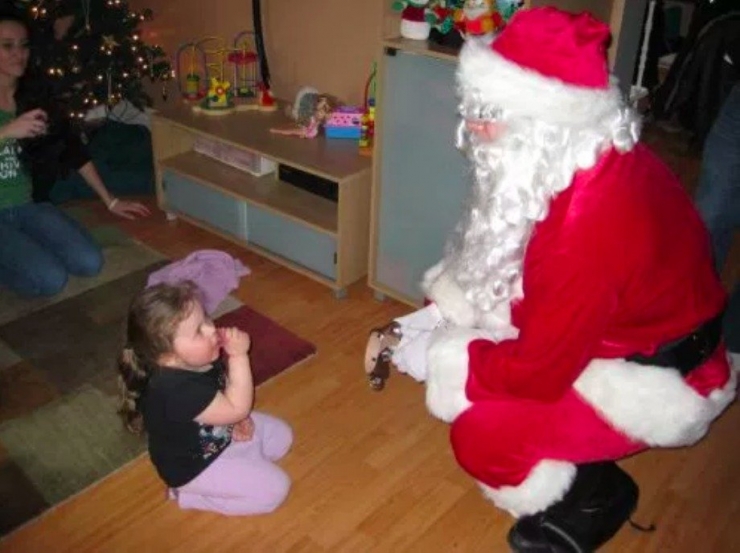 Most importantly, Lilli got to meet Santa Claus, which was all she wanted. 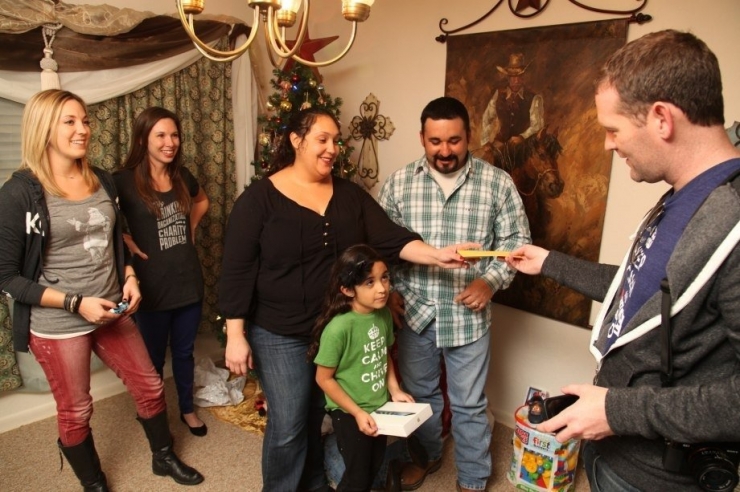 And there were last-minute Christmas miracles along the way.

Sarah Palacios sat alone at her computer one evening in Corpus Christi, Texas. She was stressed. Sarah had just received confirmation that her 7-year-old niece Sarah Bailey would have open heart surgery early the following week, just a few days after Christmas.

Sarah started typing on her Facebook page: “My niece is having open heart surgery next week. I want to host a fundraiser for her. If anybody could give me advice on friendly venues, I would really appreciate it. My niece is the sweetest girl in the world. I have to do something. Thank you.”

A few minutes later, a response appeared out of nowhere – it was from the Lone Star Chive Chapter. “We have your venue and we’ll get this done for you.” Two days later, 500 Chivers from across Texas came together for a girl they didn’t know, to help pay for her surgery.

theCHIVE showed up at Sarah’s house on Christmas Eve with presents for the whole family.

And we brought a check to cover the rest of the surgery, of course. 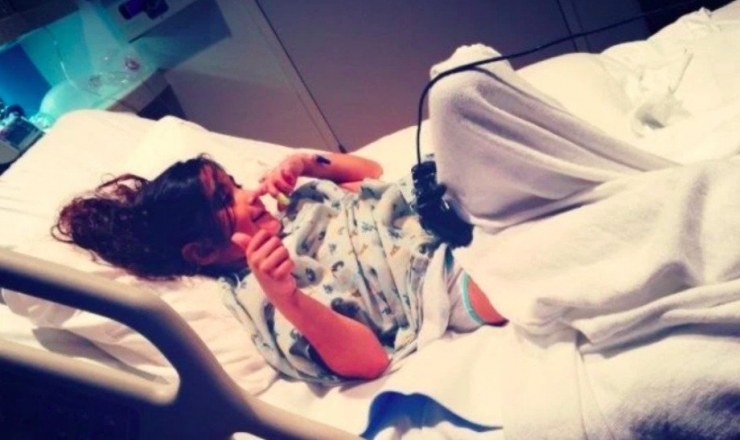 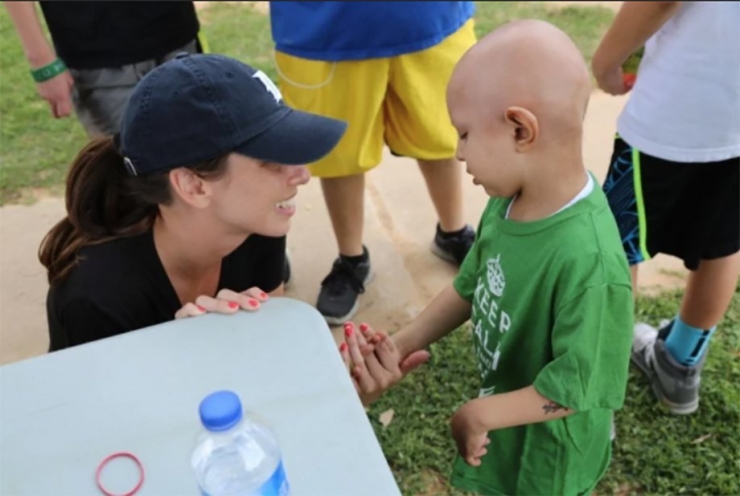 This year, when Angie came into my office smiling, we knew we wanted to go big. “O.K., John, it’s called Bottomless Toy Chest.”

“That’s like…endless toys. Like removing the governor on how many toys you can give and giving all the toys instead. theCHIVE’s redline-the-engine approach to Christmas giving. It’s perfect.”

“Also, I want a raise for dealing with you.”

The Bottomless Toy Chest takes a holistic approach to giving toys. They leave no stone unturned when it comes to helping children with cancer stay active and happy. 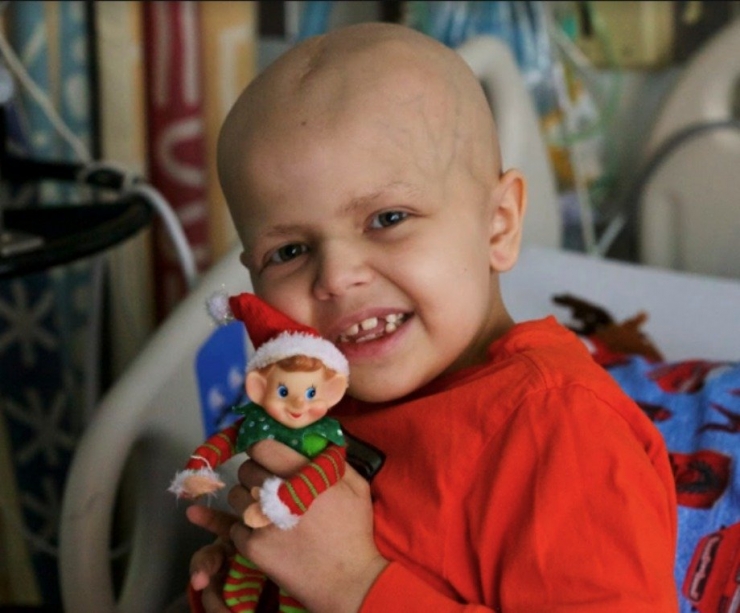 During the early years of the Bottomless Toy Chest’s pilot programs in Michigan, co-founder Mickey Guisewite discovered, “The toys actually helped improve kids’ health. We found that interactive toys and crafts can help them smile, feel some control, and fight the critical inner-fight against a relentlessly challenging and unforgiving disease. The toys were helping them fight.” 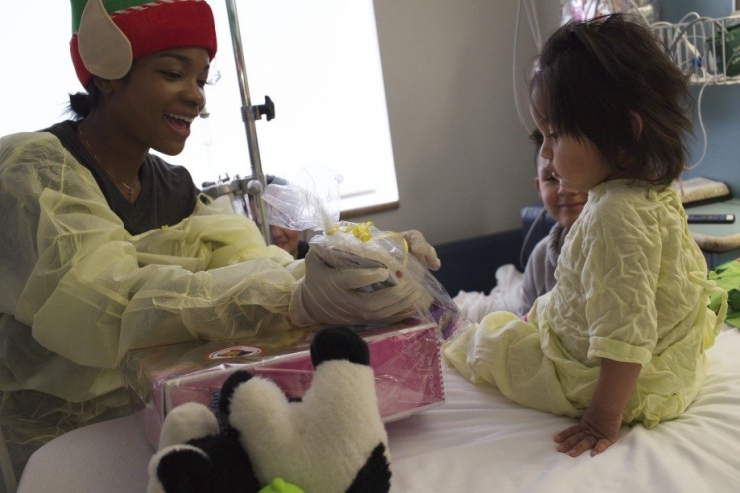 Aiding in that fight: the Elf Squad. Dozens of volunteers who help spread smiles in hospitals across America. Words don’t fully capture the unique joy these elves spread, so I’ll shut up for a spell and let the photos speak for themselves… 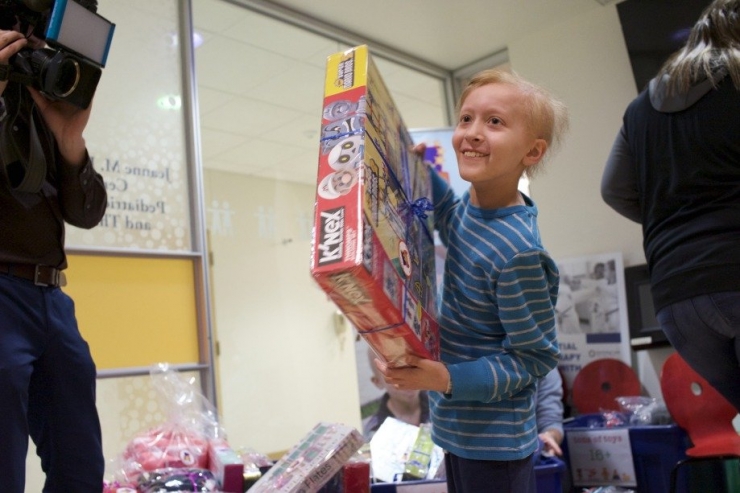 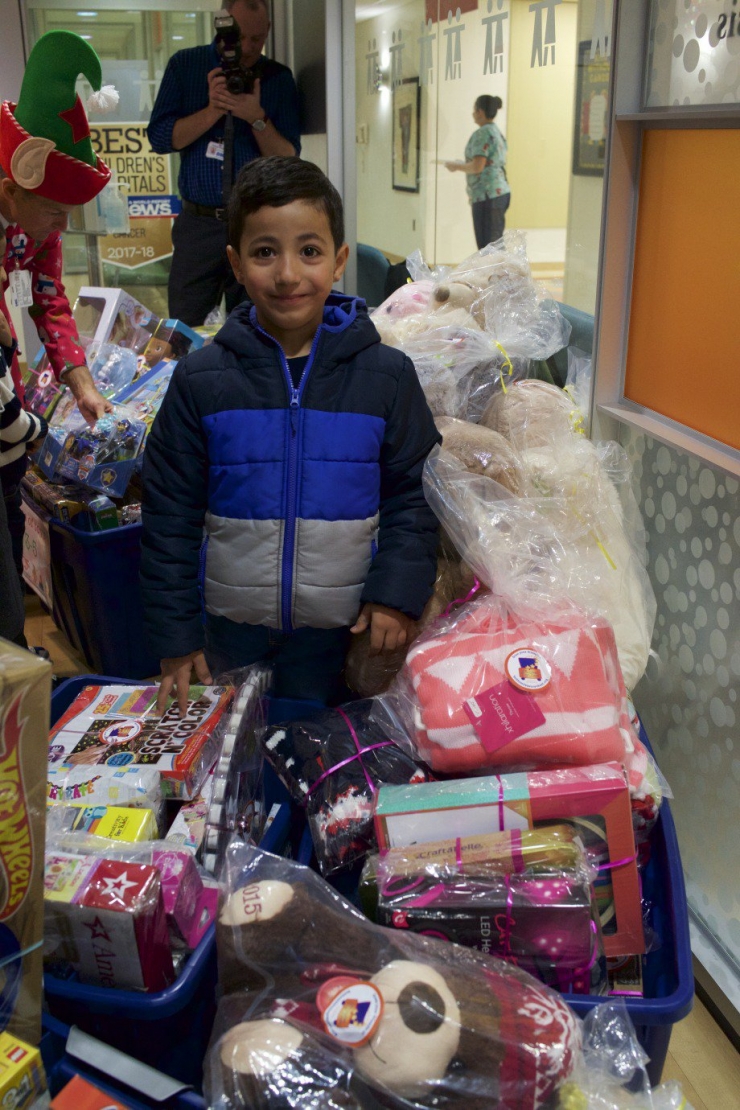 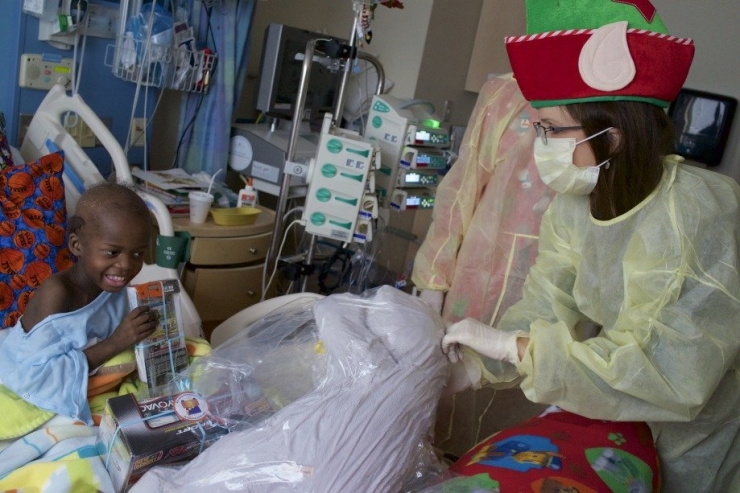 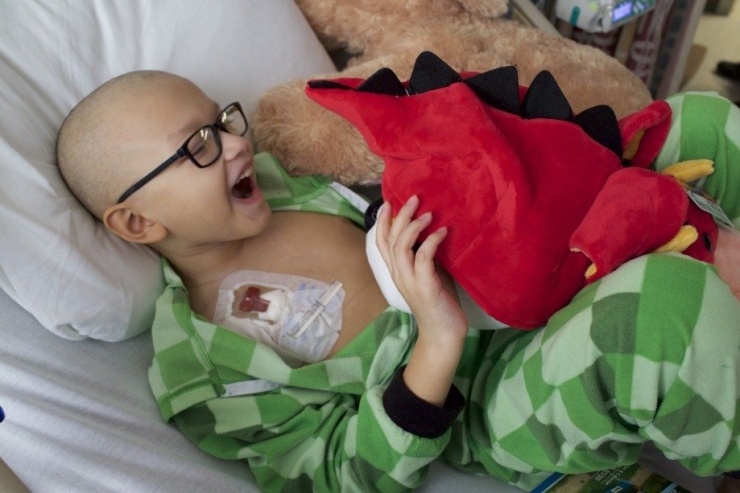 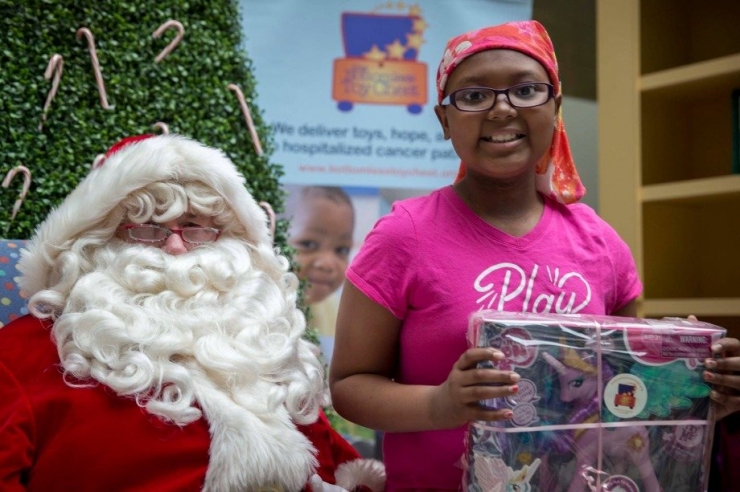 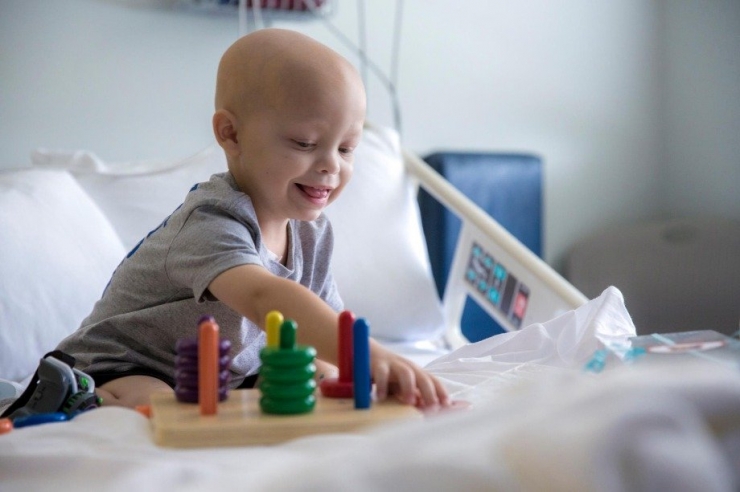 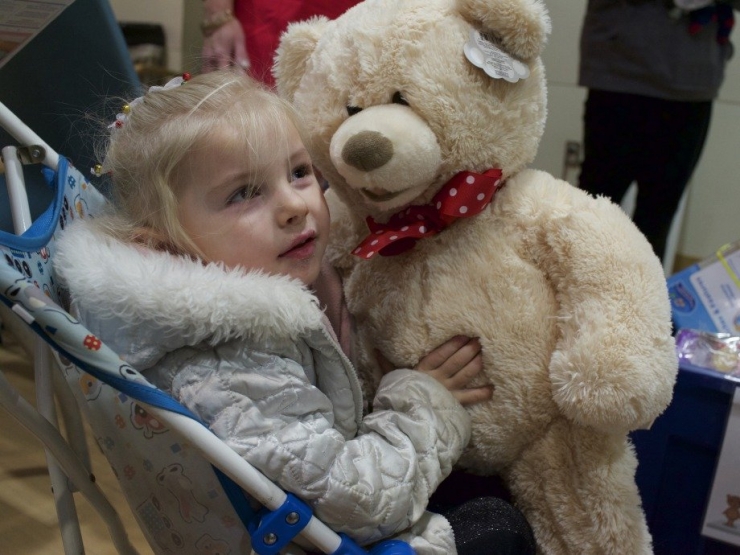 And so a tradition that began with a single pink teddy bear comes full circle. Chive Charities has donated $10,000 to this truly heartwarming cause. And while Chive Charities’ ability to help has grown in ways we could never have imagined, some things have remained very much the same.

Starting about right now, Santa and his Elf Squad have begun a massive campaign to deliver 30,000 toys, each individually gift-wrapped and hand-delivered to sick children in hospitals across Michigan, Ohio, Kentucky, Georgia, and Pennsylvania.

As many of us spend this Christmas Eve safe and warm with our families, take a moment remember those children unable to do the same as they fight for their young lives. And thanks to Chive Nation: you are the steadfast guardians of our littlest underdogs. When times grow dark, you are a thousand little Christmas lights lighting up the night.