Getting back in the game that really matters.

Superbowl Sunday is nearly upon us! For many, this is a sacred time.

That’s especially true for Chive Charities recipient David. While his beloved Packers didn’t make the cut this year (*wedges of cheese everywhere shed a single tear*) this Sunday is going to be huge for him.

You see, David has been on a bit of a time out, himself. A 22-month time out. This is because David, a Vietnam Veteran, competitive bowler, and multi-sport super-fan, is paralyzed from the neck down. This man, who thrived on the energy of physical sports, fell down a set of stairs almost 2 years ago and lost the ability to move.

This week, the whistle is blowing on his time out. David’s getting back in the game. 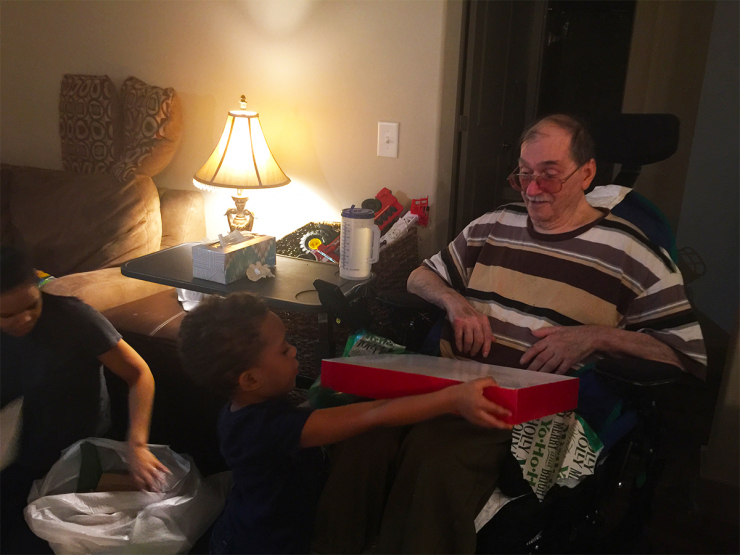 Before I tell you how, though, let’s take a look at what a 22-month time out looks like.

After the accident, David lost everything. His precious collection of rare sports memorabilia had to be sold, his home was sold, and David moved in with his daughter, Debra, who quit her job to become a full-time caretaker for her father. Now, instead of cheering on the Packers and shamelessly donning a wedge of cheese as a hat, he is trapped inside four walls and a bed. There is no more unbearable silence than the one that comes after you’ve left the roar of a crowd. 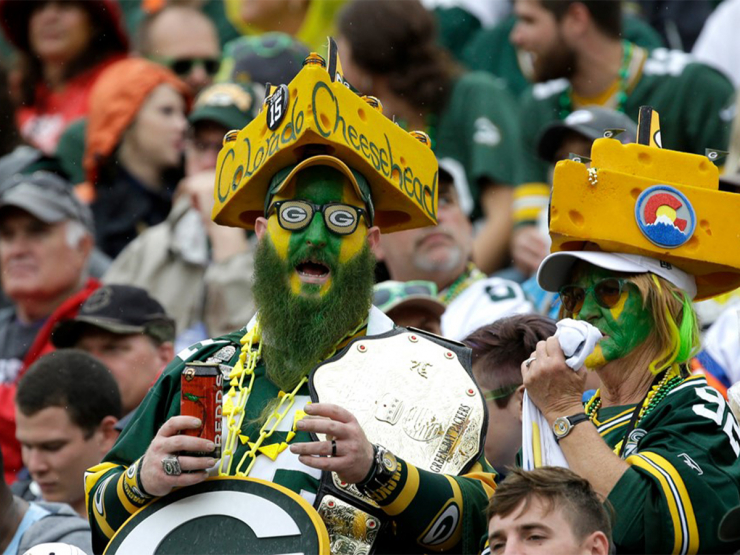 David’s 22-month silence is deafening. Since things are strained financially, David can’t just run out and buy a van that can accommodate his wheelchair. And since the car they have definitely can’t handle David’s gear, he rarely leaves the house. Even when he recontracts the same infection he gets month after month, he has to be taken by ambulance, since they don’t have adequate transportation. For an already-struggling family, imagine MONTHLY ambulance ride costs.

Well, David’s family was tired of seeing the life leave his eyes, inside those walls. He may not be able to play the game anymore, but that’s no excuse to stay in time out.

So they got in touch with us at Chive Charities. They heard that we fulfill the specific needs of Veterans who have fallen through the cracks, that we help people in need live ten percent happier. 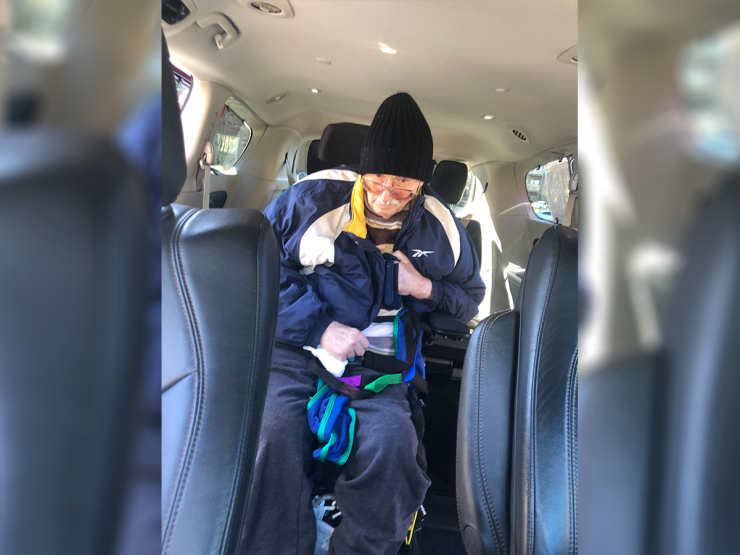 But what does it mean to be ten percent happier? For David, it means going to the accessing basic medical care, going to the grocery store, and maybe even getting out to a game someday. Well, you donors have made it possible for him. This community has come together over the past few months, and, little by little, chipped away at the walls keeping David trapped inside. We were able to purchase David a $42,000 van from our new mobility partner, Vantage Mobility International, and now he is fitted with the perfect van to help him live a life more enabled than he could have imagined. 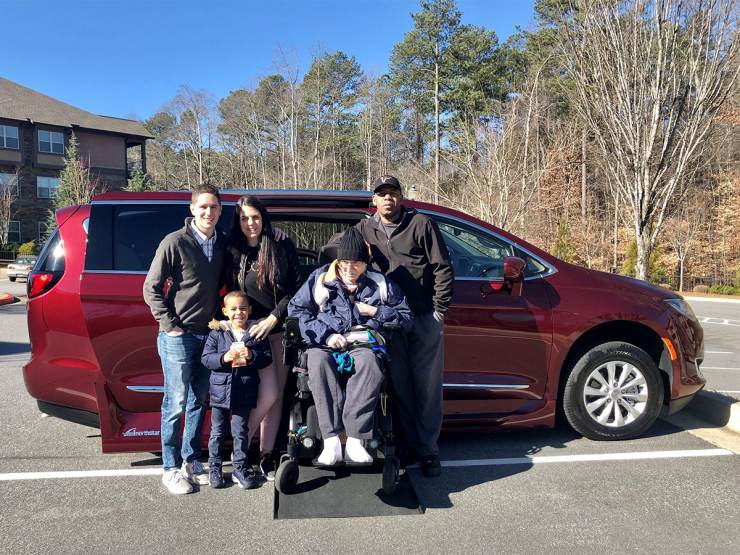 Now, we can see what lies on the other side of those walls: a man with a passion for life, who is ready to play the game again. 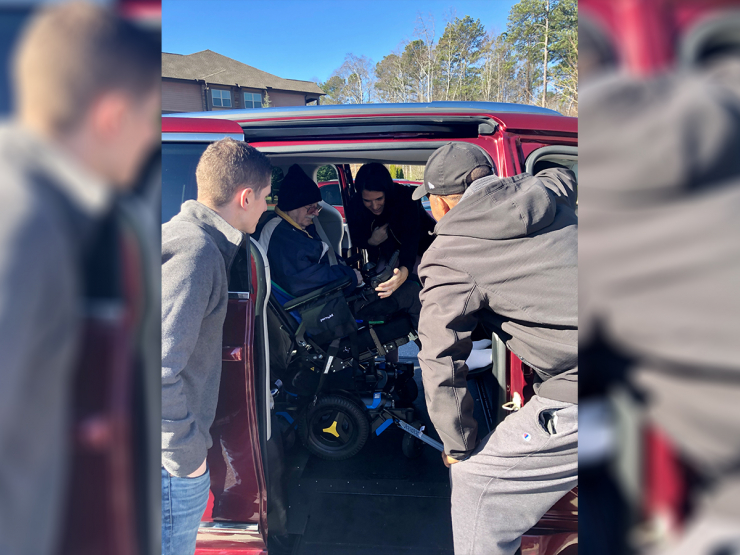 Sometimes, It’s hard to write about someone who has lost so much. Where’s the lesson? Where’s the logic, the justice? Frankly, there isn’t any. Most of the people we meet through Chive Charities have stories that make you want to shake your fist at the sky and scream “WHY?” 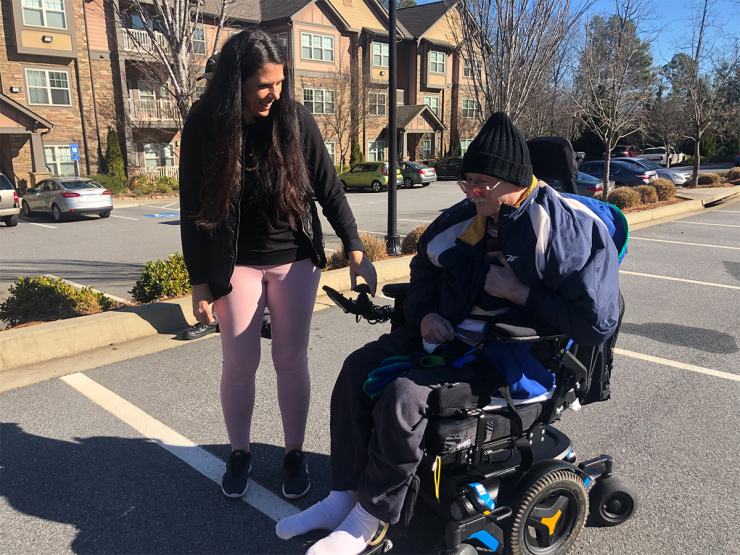 For all the unresolved questions we have about David’s life, he has a million more burning in his own mind. Why was he drafted along with his brother to fight in Vietnam? Why did his brother lose his life in the war, at 18 years old, after only three years of service?

There are no answers. Our recipients never get the answers they crave. That’s the 90% of happiness that no one, including us, can access.

That 10% though. That’s what you and I can bring about. The difference between David being confined to his bed and David leaving the house to go pick out the brand of milk he prefers; that’s the 10%. And it’s an incredibly powerful number. 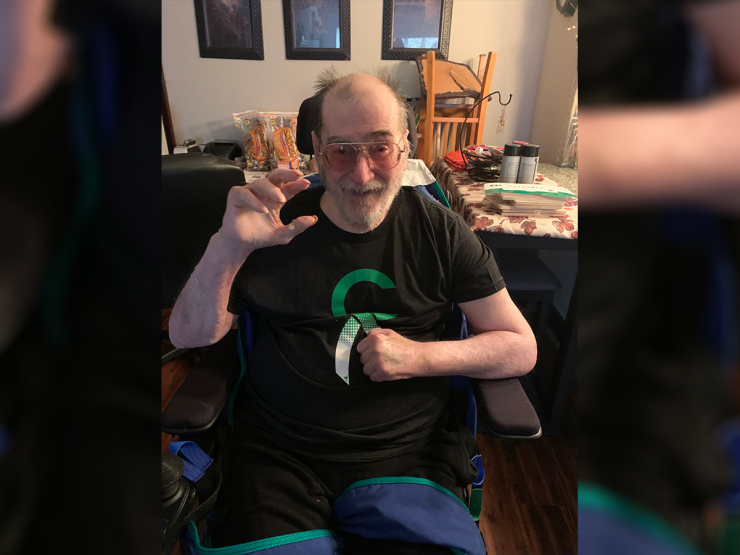 If you’ve been putting off becoming a donor because you think it doesn’t really make a difference, let David remind you that sometimes the 10% can make a world of difference. No one donor makes that change happen by themselves, though; that happens when a bunch of caring misfits like you all come together. Put some underdogs into the game that really matters HERE.