More than a dog

Let’s talk about service dogs. These incredible animals are specifically trained to do work or perform tasks for an individual with a disability. You’ve likely seen them helping a person with visual impairment, providing mobility assistance, or even detecting seizures before they happen for someone with epilepsy. 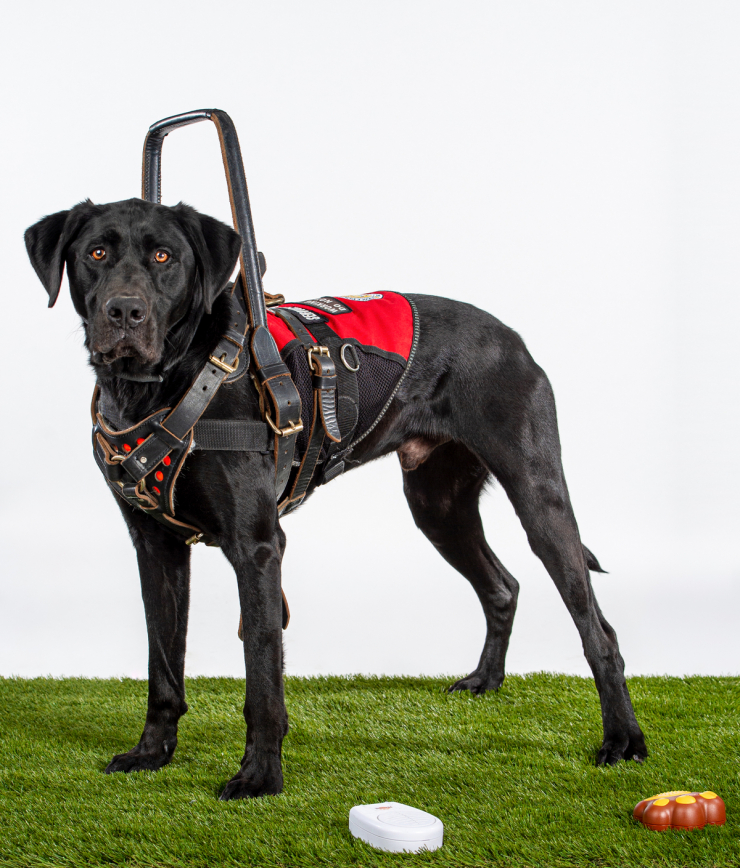 Remember Payton and Blue? After Chive Charities and our donors helped get her a service dog, Blue began detecting seizures so well, he recently saved her life, alerting her parents to her distress in the nick of time. 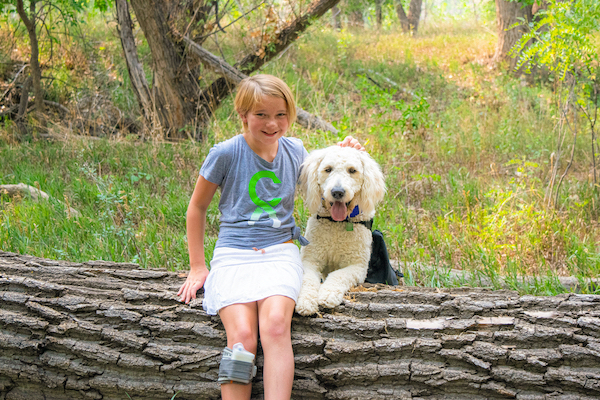 With stories like that, it’s easy to think service dogs can only help with really specific tasks or that their benefits are limited. That’s not the case - and Brian E. can attest to that.

A little over five years ago, Brian was driving home from work. Traffic was a little congested, and when he came to his turn off the highway, he had to pass a slow moving car. He would pause for a moment and wonder why they were going so slowly. He would soon find out.

About two miles down the road, traffic came to a standstill. Brian glanced in his side mirror and saw that same slow-moving car he had passed not long before quickly coming up behind him.

“I glanced up at my rearview mirror and thought, ‘It’s not slowing down,’” he told us. “As she barreled up behind me, I could see that she had her head down and was looking at her phone. But there was a vehicle in front of me and nowhere to go, so I quickly turned my wheel to the right and braced for the crash.” 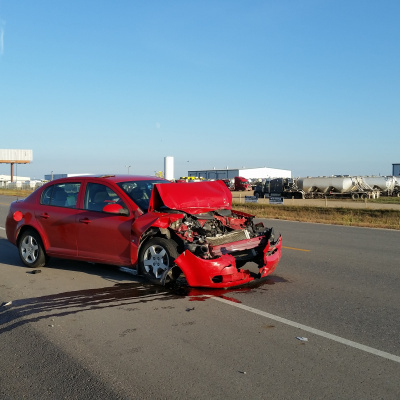 After the impact, Brian slowly began moving his fingers and feet, took a few deep breaths and shut off his engine. Down the road, about 25 yards away, he could see a pile of mangled plastic and metal. As the shock wore off, he began feeling intense pressure in his chest, neck, and back. He was hurting.

The force of the crash was so great, it broke his driver’s side seat in half. 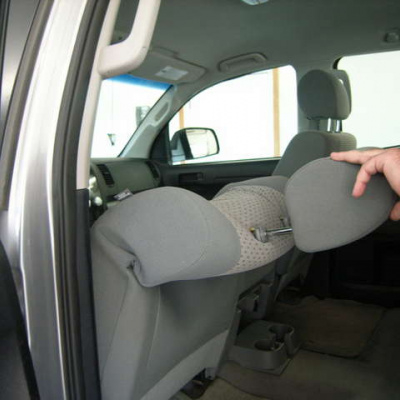 But Brian was a 20-year military veteran and like so many of the servicemen and women we meet, his thoughts immediately shifted from himself to the girl that crashed into him.

“All I kept thinking was, ‘Oh no, she just died by not paying attention!’ I needed to get to the car. I needed to see if I could help. And like a jack-in-the-box, she popped out of her car,” Brian said.

After what seemed like minutes (and also years), an ambulance arrived to transport them to the hospital. Brian received 13 injections into his neck and back, followed by two epidurals. Later, his ongoing chest pain would be diagnosed as a broken sternum that required surgery and the removal of his xiphoid process. When the bone broke, it angled towards his heart, a silent bullet waiting for its chance to explode. 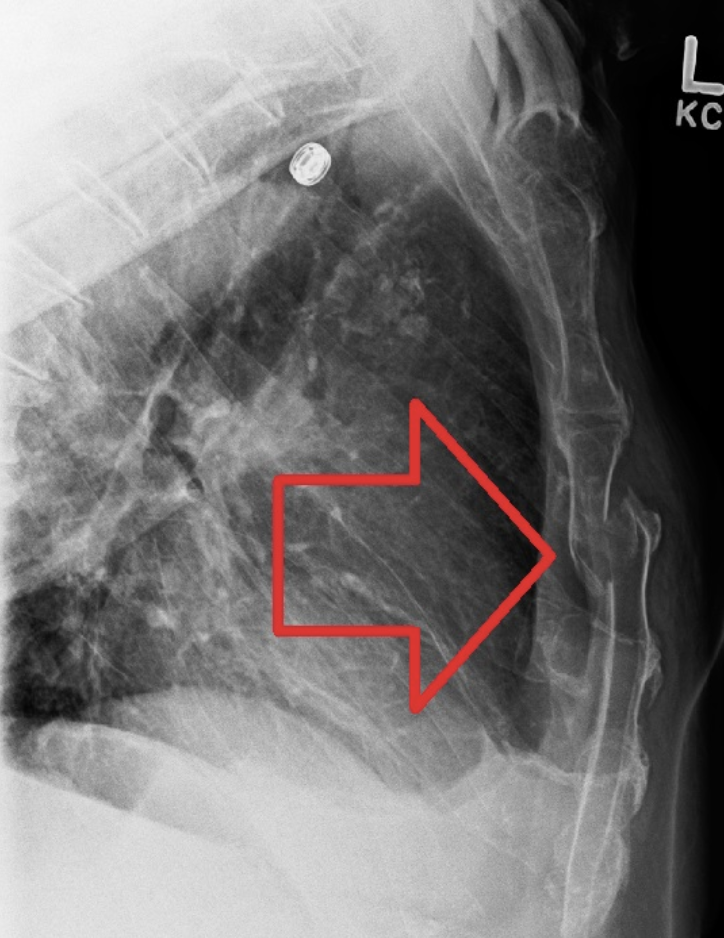 “That accident opened the floodgates,” Brian told us. “Just before I left the military, there was an accident that unfortunately took a life. It didn’t have to happen if just one person had done their job and paid attention. It brought those feelings to the surface again after my car accident. If just one person had been paying attention…”

For the first time in his life, Brian started having panic attacks. It was so foreign to him, he didn’t even realize what was happening the first few times. He just knew he had to get out of the grocery store, away from the crowds, into a safe space.

His anxiety and stress ramped up so much and so quickly that Brian found himself taking five days to grocery shop for the week.

“I could only stand to be in the store for 10 minutes at a time,” he explained. “So I would grab some bananas, bread, milk, a few other essentials and hussle out of there. The next day, I would go back and get a few more things. I just couldn’t be in there for long stretches of time.”

It became too much. Enough was enough.

Multiple times, Brian was told he should consider a service dog to help get his life back. “I kept saying, ‘But I’m not blind. Why would I need a service dog?’” Finally, a counselor stopped him and said, “Brian, you are blind - you don’t see that you have a problem.”

It finally sunk in.

Service dogs don’t always fit in one particular box. They don’t all provide the same level of care or aid. Can they save your life? Yes. In more ways than one. 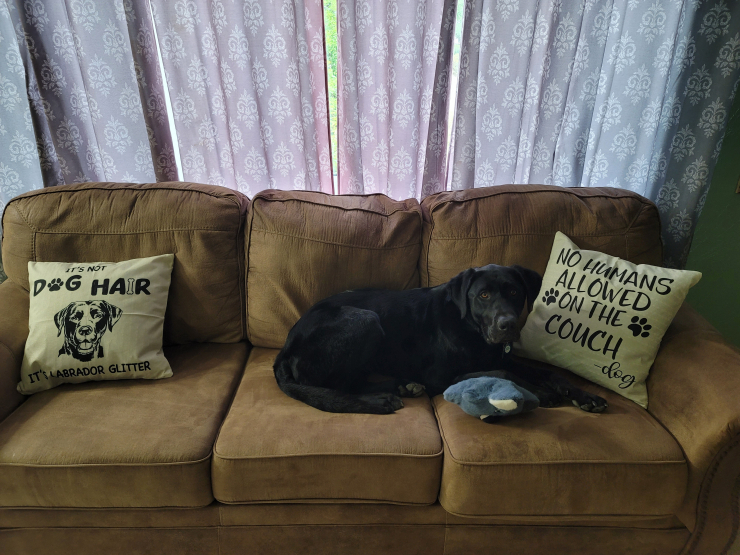 It’s clear: Brian’s life changed for the better when he got his service dog, Oreo. When he’s sleeping and issues arise, Oreo wakes him and comforts him. When he needs to run errands or go to the store, he’s able to stay in public for more than 10-15 minutes at a time. When he’s driving in the car and his heart starts to race, he reaches over and pets Oreo, reminding himself that it was in the past and he’s in the present now. 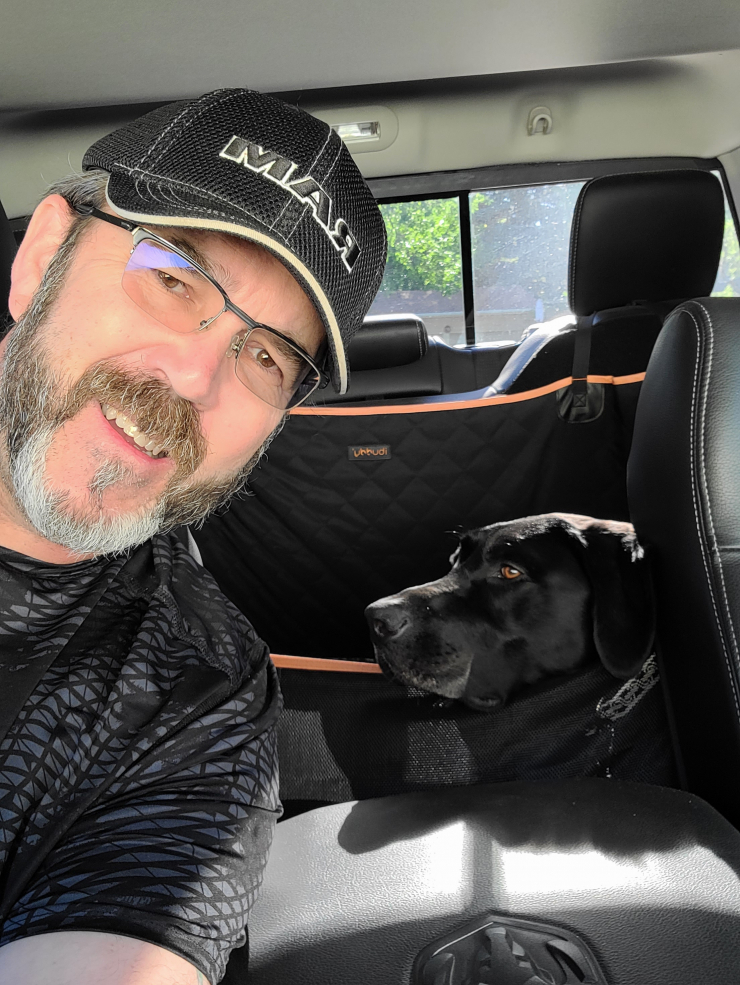 “The only thing I can’t do with Oreo is use him to pick up women,” Brian laughed.

Seeing the two of them together, it was clear that it’s a match made in heaven - that together, they’re more whole than either would be on their own.

It’s only possible because of the support of our donors who helped fund $10,000 to Service Dogs for America that was needed to bring Brian and Oreo together.

When we asked Brian if he had any other messages to share, he simply said, “Not all trauma comes from the desert.”

It’s a poignant way of reminding us that every story is different. At Chive Charities, we’ve provided service dogs for a full range of needs from mobility assistance to emotional support and everything in between. Our recipients’ journeys are as unique as their dogs. The one thing that stays the same is the life-changing impact they have.

Payton and Blue. Dennis and Bailey. Anastasia and Piper. Brian and Oreo. 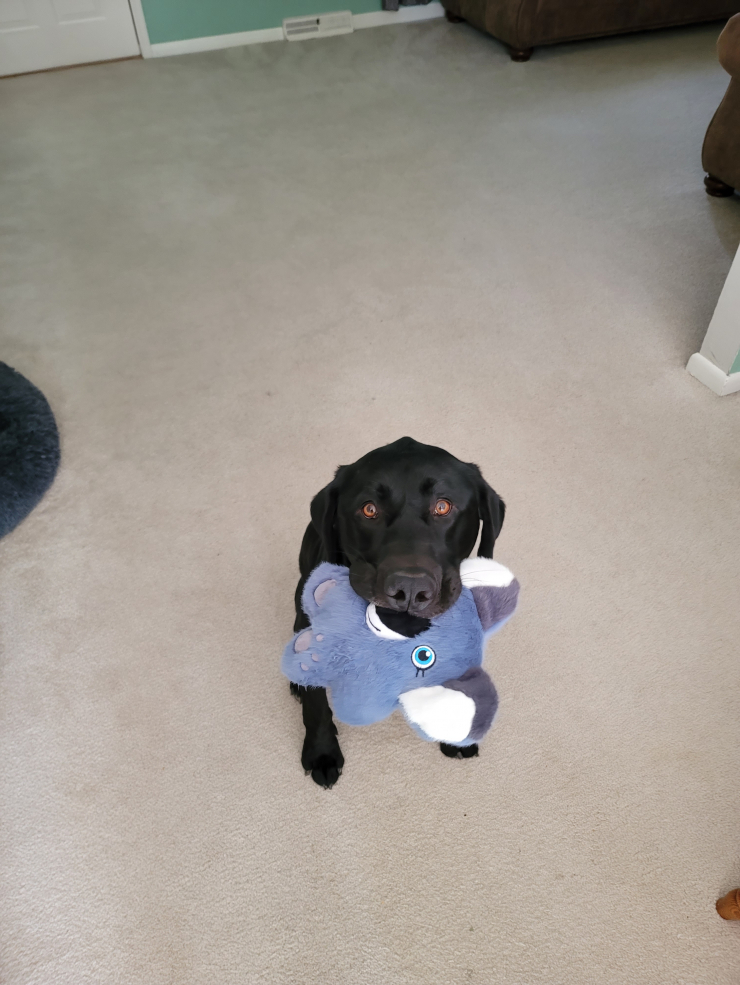 Because of our Chive Charities donor family, their lives were forever changed. That’s just 4 on our list of 48 service dogs and counting. We know that for a lot of veterans, first responders and rare medical diagnosees, asking for help can be a challenge. That’s why being there when they do is so critical. 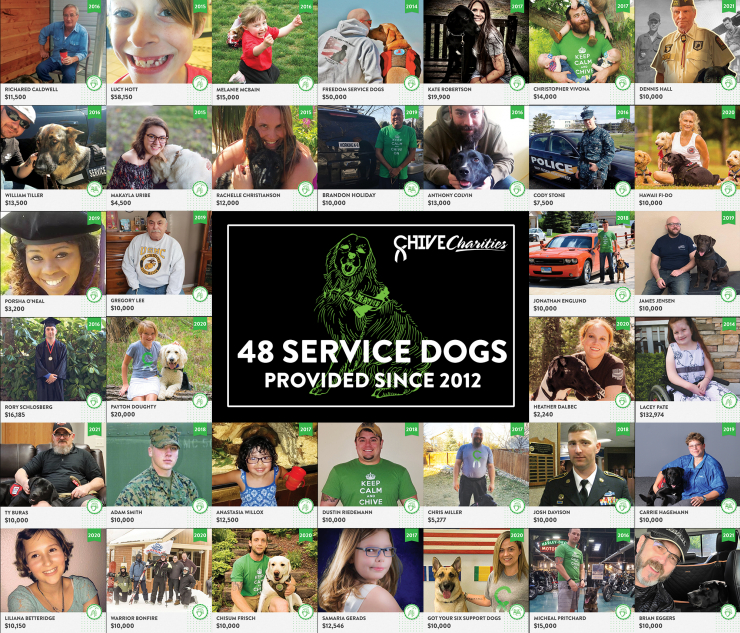 After all, it’s not just about vans, and therapy equipment, and medical supplies, and dogs. It’s about a community that will stop at nothing to make the world 10% happier. DONATE HERE.

If you or someone you know is a veteran who could benefit from a life-changing Chive Charities grant, please CLICK HERE.

P.S. If you’re not following Chive Charities on Instagram, you’re missing out on feel-good updates on all our amazing recipients. Follow us HERE.