I remember reading an article in The New York Times once about a young woman who was considering genetic testing that could change the course of her life. She was in her early 20s when she decided to find out whether she had a form of a gene that meant she was guaranteed to get Huntington’s disease - a fatal, incurable condition that’s been described as Alzheimer’s, ALS, and Parkinson’s all rolled into one. 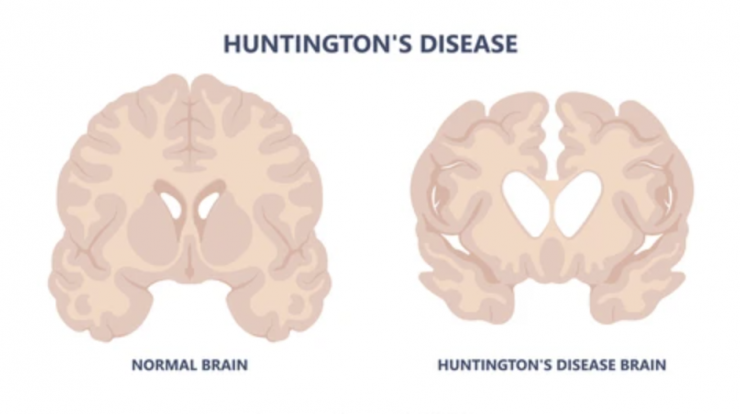 When her test for the Huntington’s gene came back positive, she asked what she was supposed to do.

“What do you want to do?” the counselor asked. 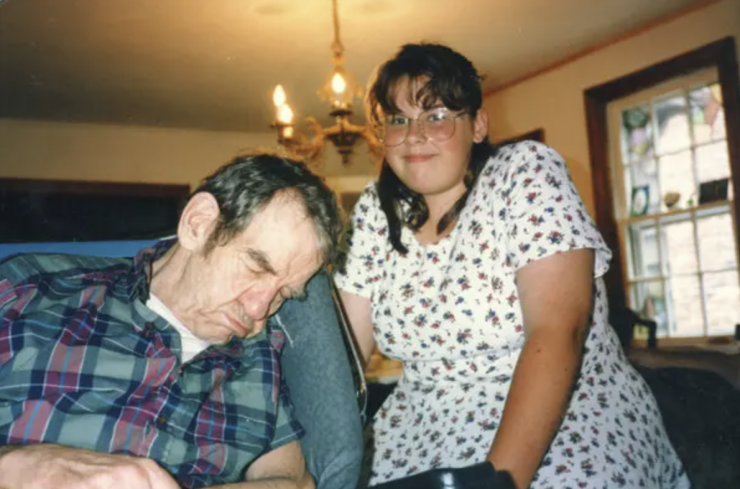 A few weeks ago, we met a family who could empathize.

For more than 15 years, Tina took care of her husband as he battled the daily effects of Huntington’s. She monitored the uncontrolled movement of his arms, legs, head, and upper body. She watched as his thinking and reasoning skills declined, as his memory, concentration, and judgment faded. “It’s often referred to as ‘the wasting disease,’” Tina told us. “And that’s exactly what it is. It’s just a horrible, awful disease.” 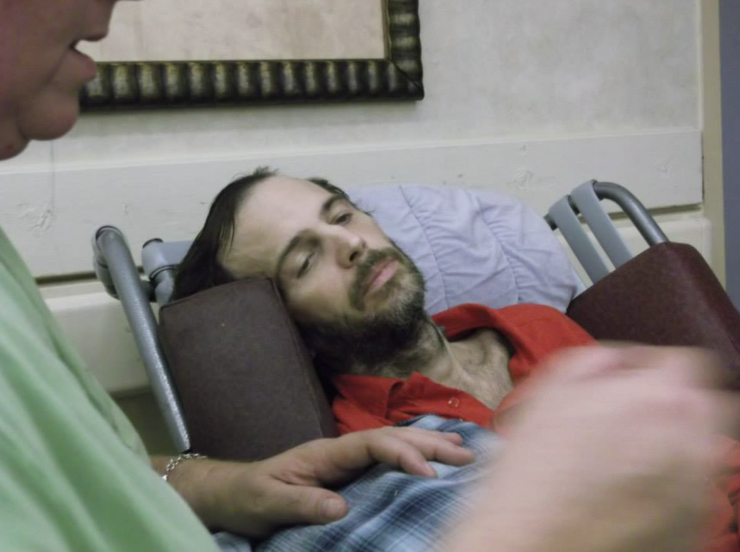 His diagnosis came later in life, and the couple already had two young children at the time.

“I found myself constantly watching my kids as they were growing up,” Tina said. “Will they have it or not?” 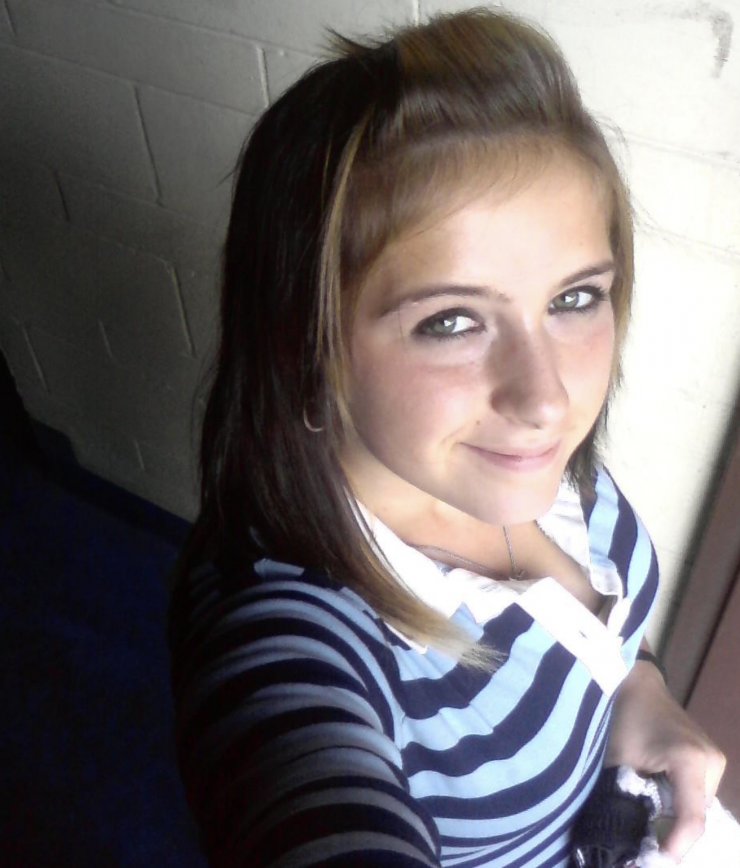 She had a reason for that. Even though Huntington’s is inherited, doctors and geneticists refuse to test anyone under 18 unless they’re symptomatic. Why? Because the suicide rate after diagnosis is a staggering 75%.

The families impacted by Huntington’s are too familiar with the prognosis. They’ve watched as the condition progresses and robs their loved ones of everything that makes them, them. For many, the thought of what’s to come is too much to bear.

So Tina held her breath as her kids neared adulthood. Her son was healthy and happy, and her daughter, Miranda, was strong and athletic, a high school soccer standout, playing on the select teams and running circles around the other players. Miranda had just turned 19 and was expecting her first child. 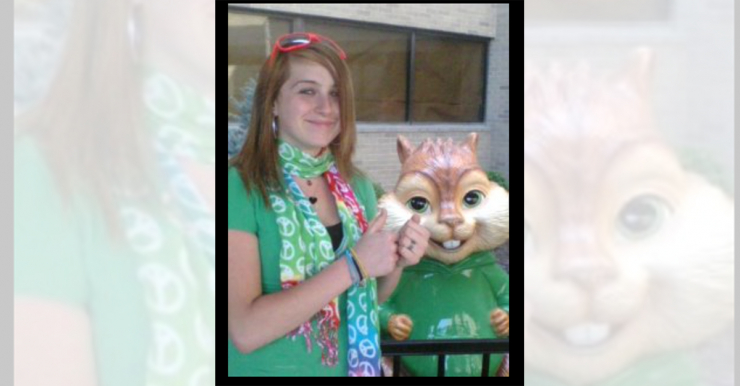 2012 came to a close and the new year swept in with the promise of brighter days ahead. But a storm was brewing instead.

In January 2013, Tina’s husband passed away after his 15-year-long battle with the disease.

By March, Miranda’s hands were shaking, an early indicator of the condition. She was five months pregnant and mourning her dad when she was officially diagnosed with Huntington’s.

In May, the family’s house burned down in a fire.

Isn’t there a saying about bad things coming in threes? This family was living it.

Then, finally, a flash of joy in July. Miranda’s baby, a tiny and healthy little girl named Skyla was born. 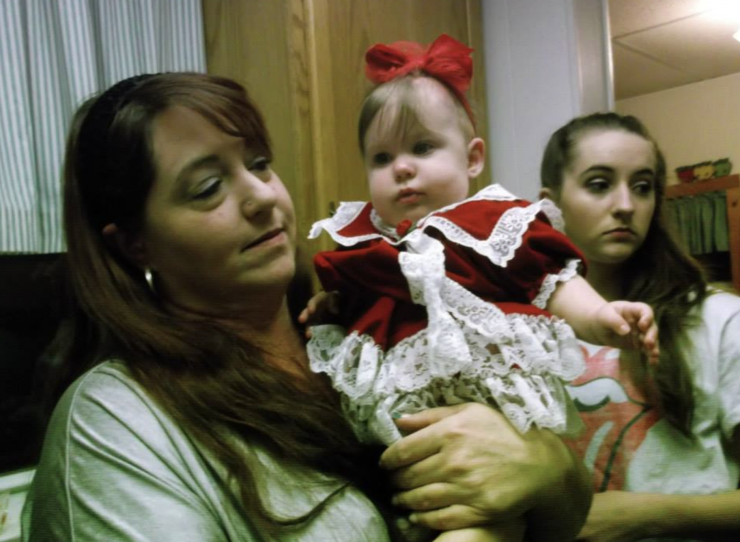 Miranda also made the difficult decision to place Skyla in her mom’s care that year. She knew what was coming, knew what to expect of her disease. She had watched her dad battle for 15 years. 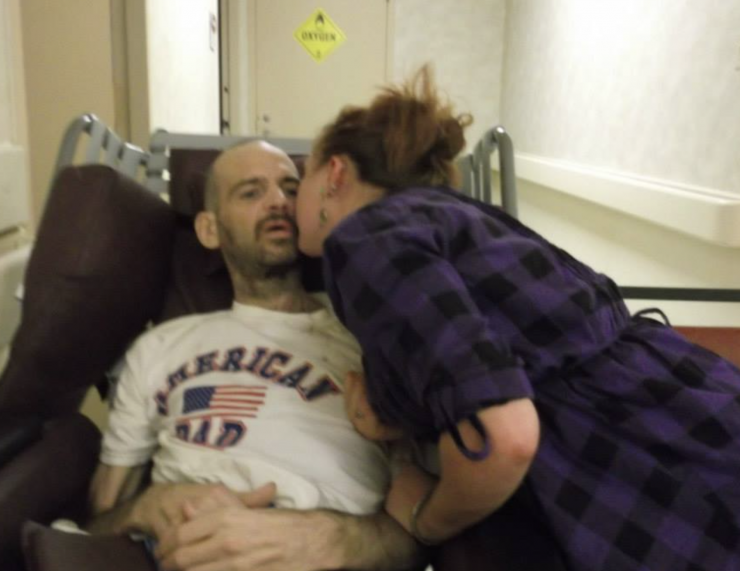 “Miranda had been married,” Tina explained. “But Obsessive-Compulsive Disorder (OCD) is common with Huntington's, and her husband couldn’t take it. He dropped her off one weekend and never came back, so he’s not a name we mention in this house anymore.”

After her diagnosis, Tina, Miranda, and Skyla tried to adjust to a new normal, taking each day as it came. 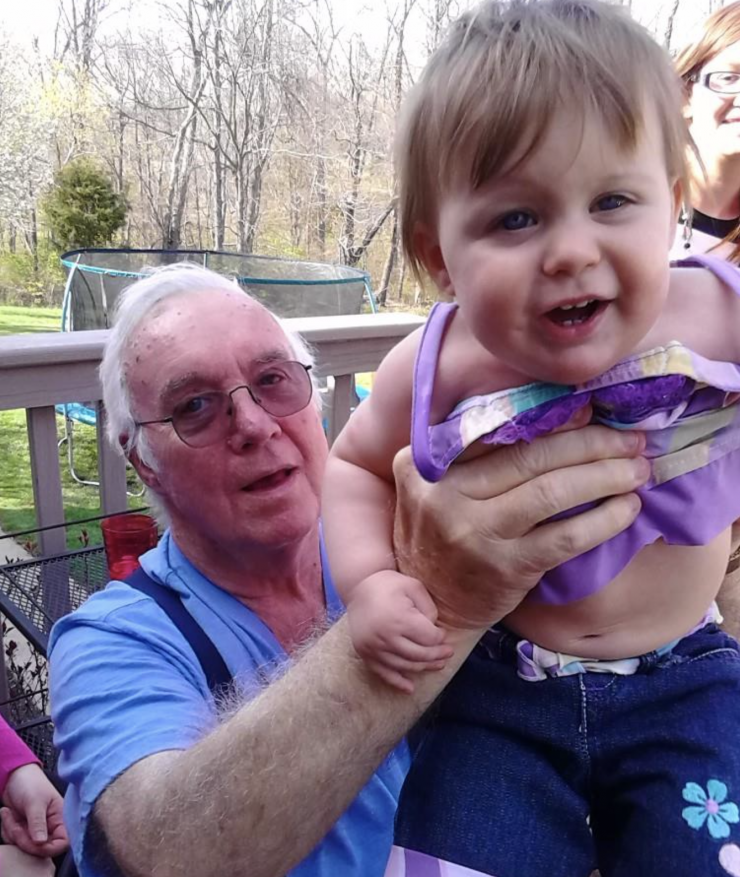 Skyla had a big personality - mischievous and fun-loving. She was a pretty typical three-year-old with lots of opinions and lots of belly laughs. 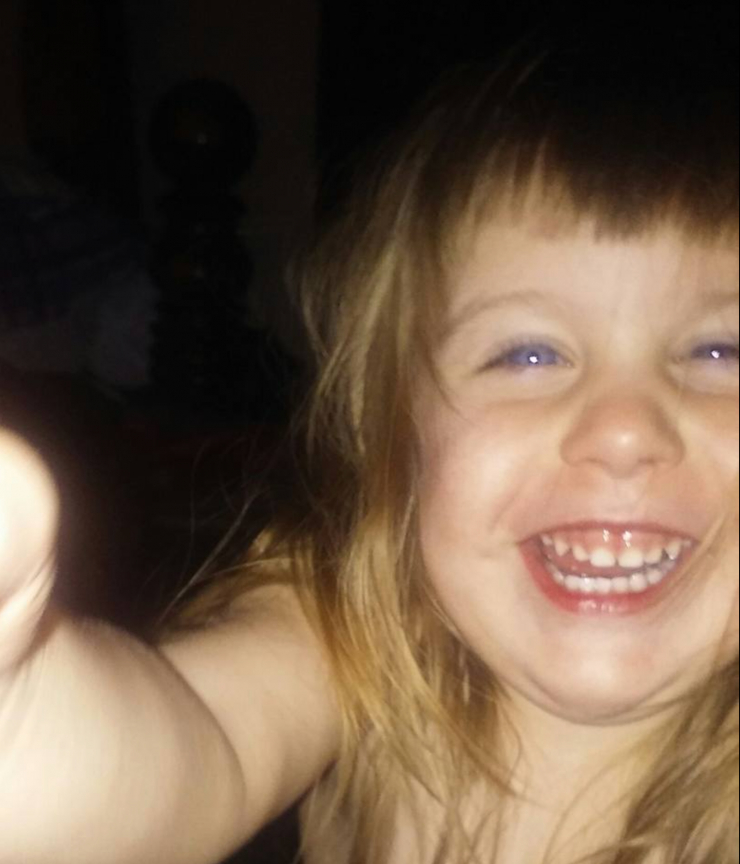 But after a round of routine vaccinations in November 2016, Skyla couldn’t walk, talk, or use her left arm at all.

“She was totally limp,” Tina said quietly. “We could barely even see a sign of life in her eyes.” 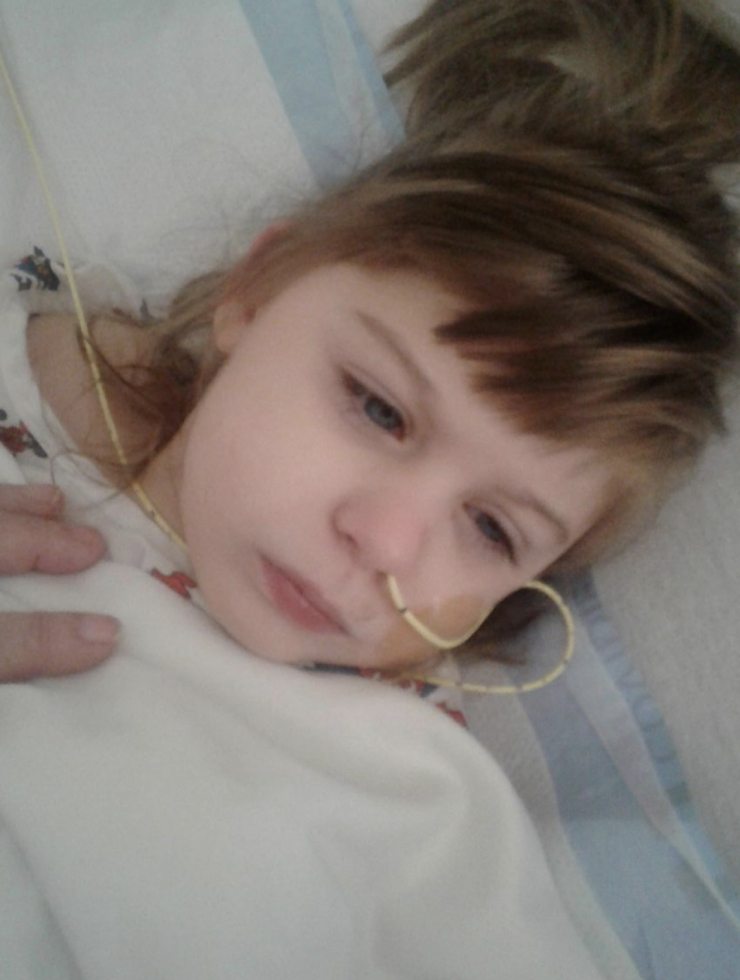 Skyla was seen by specialists at the Mayo Clinic, Johns Hopkins, and the Cleveland Clinic. Not a single doctor could explain what had happened - she tested negative for Huntington’s and her genetic testing came back normal. All they could tell her was that Skyla’s cerebellum atrophied.

But Tina wasn’t about to watch more tragedy unfold on her girls. She started looking into holistic protocols, and six months later, Skyla had regained her eye movement and tracking. She can even use her left arm now. Her neurologist was stunned by her improvement, saying only, “I don’t know what you’re doing, but don’t stop doing it.” 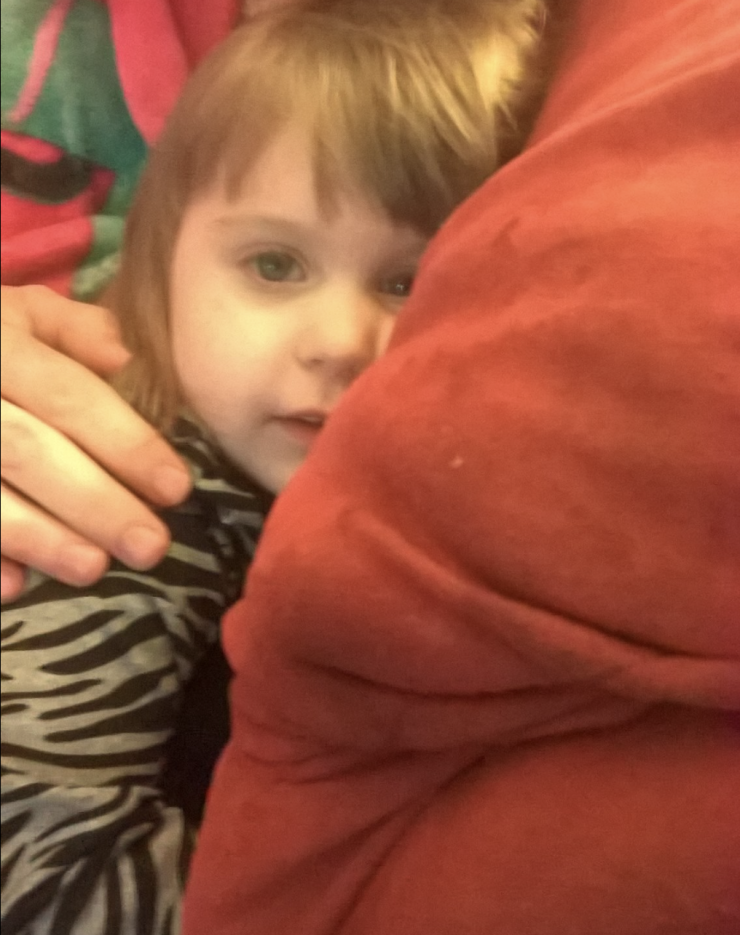 But despite what doctors thought, despite being placed on hospice as a toddler, Skylar has gotten better since then. She turned 9 years old a few weeks ago, and she still delivers that feisty and bright personality. (She celebrated with a pretty epic birthday gift from all of our incredible donors, but we’ll get to that in a bit.) 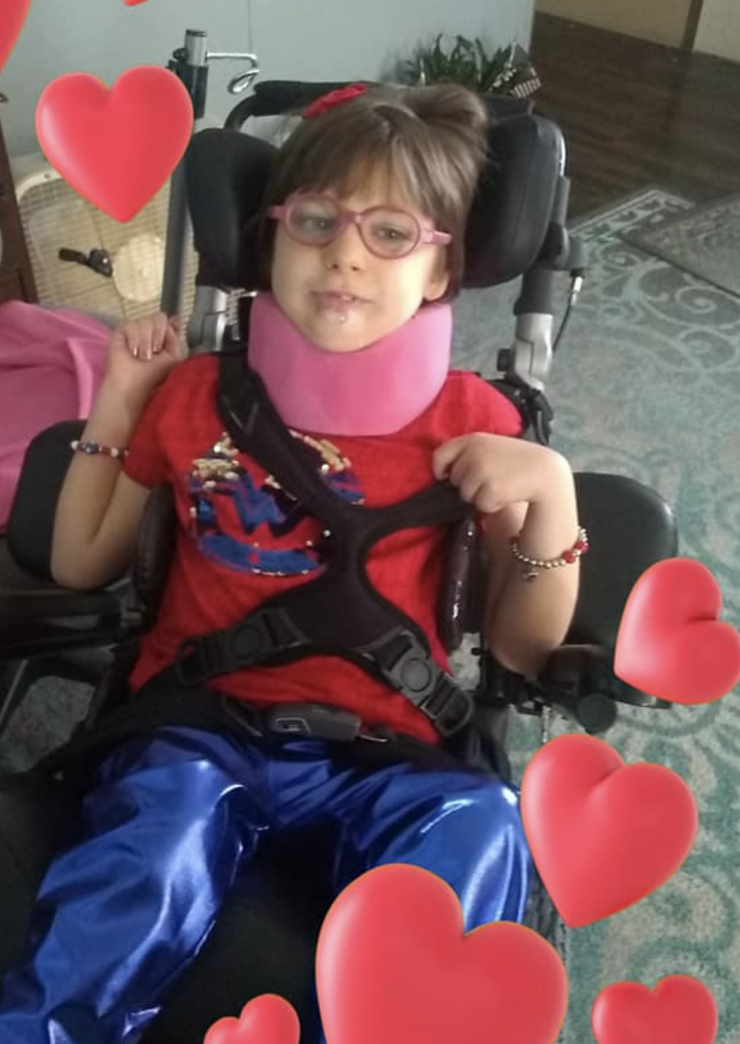 Unfortunately, it hasn’t been quite as good for Miranda. This last year was really difficult. Before 2021, she could walk, speak, and even have some independence. But she contracted a UTI which seemed to trigger a big regression.

For adults, the prognosis with Huntington’s is 15-25 years after diagnosis.

Miranda has the juvenile form of Huntington’s, and the life expectancy is just 10-12 years. She’s now 9 years in. 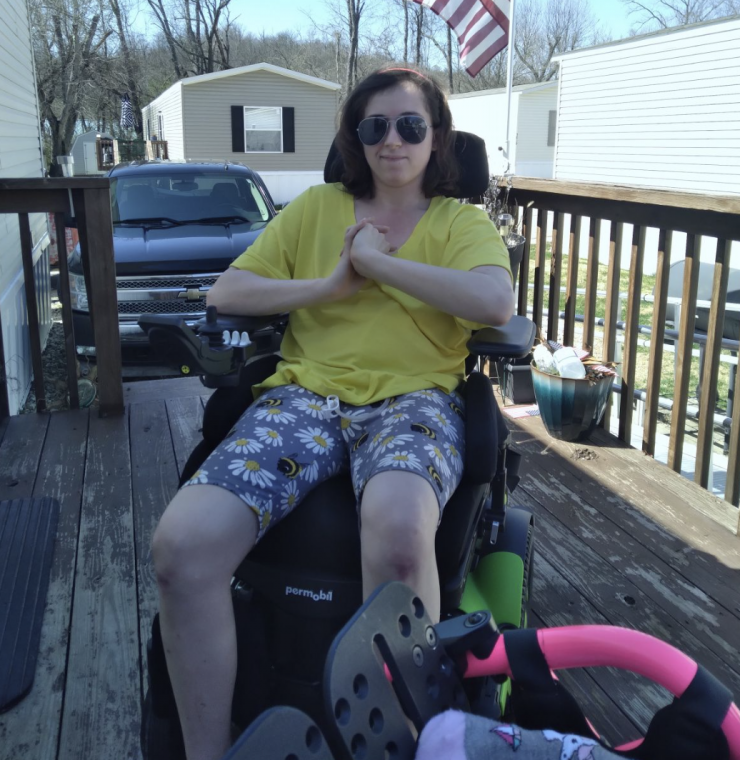 “Honestly, when the girls are having a good day, not much gets done around the house,” Tina told us. “We stop what we’re doing to enjoy the time with them.”

Both Miranda and Skyla now depend on wheelchairs for mobility. Getting out of the house is a big feat and not one they do often. Tina’s dad died from Parkinson’s last year, and they moved to Indiana to be closer to her mom. 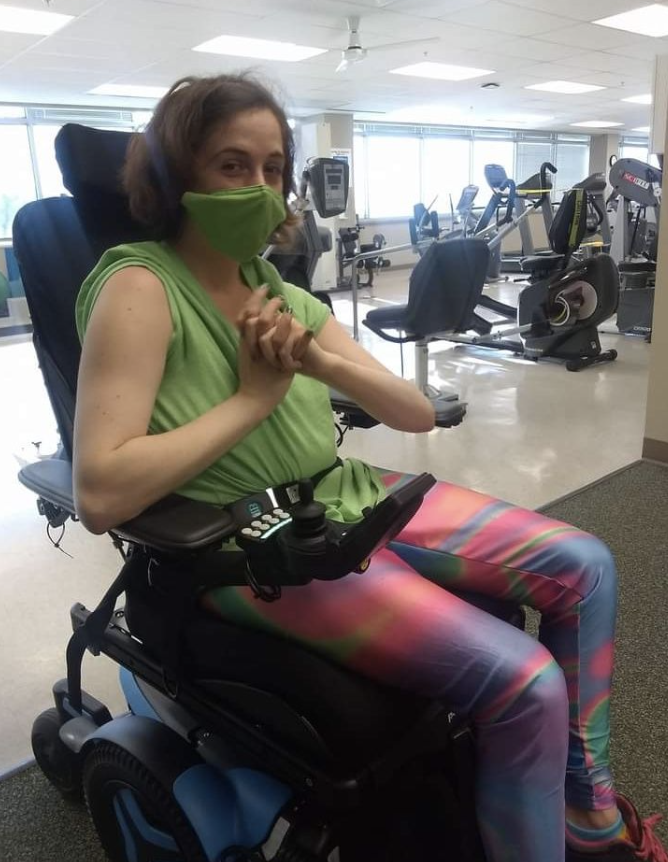 Unfortunately, the Medicaid transport service they were using isn’t really an option now, and taking the girls to appointments or just out of the house requires herculean effort.

Well, it did - until a case worker at Cincinnati Children’s told Tina about Chive Charities.

“I learned a long time ago that if your child needs something, it’s up to you to get it for them,” Tina said. 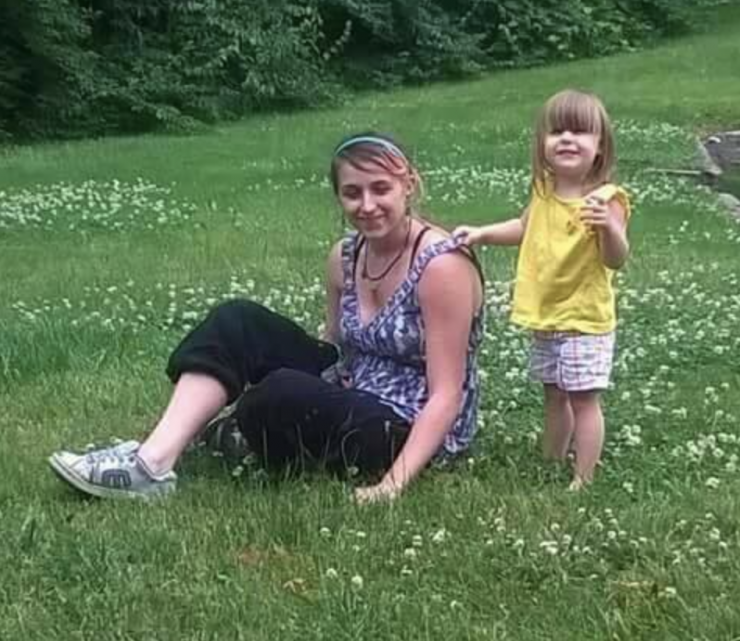 Just before Skyla's 9th birthday, our partners at AMS Vans delivered a new van to their home, customized to fit both wheelchairs, for a total impact of $63,000. All possible because of our donors. 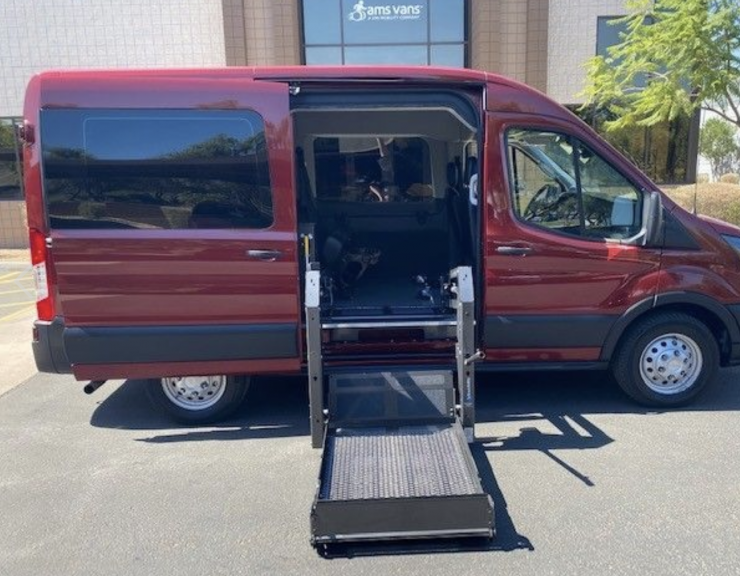 Clifford is going to alleviate a lot of stress and worry for Tina. And for a woman who’s devoted nearly all of her adult life to caring for a loved one with Huntington’s disease, she deserves every bit of relief she can get.

“I’m used to carrying things myself,” she told us. “And now, it feels like someone poked a hole in my balloon (in a good way) and I’m releasing all that stress.” 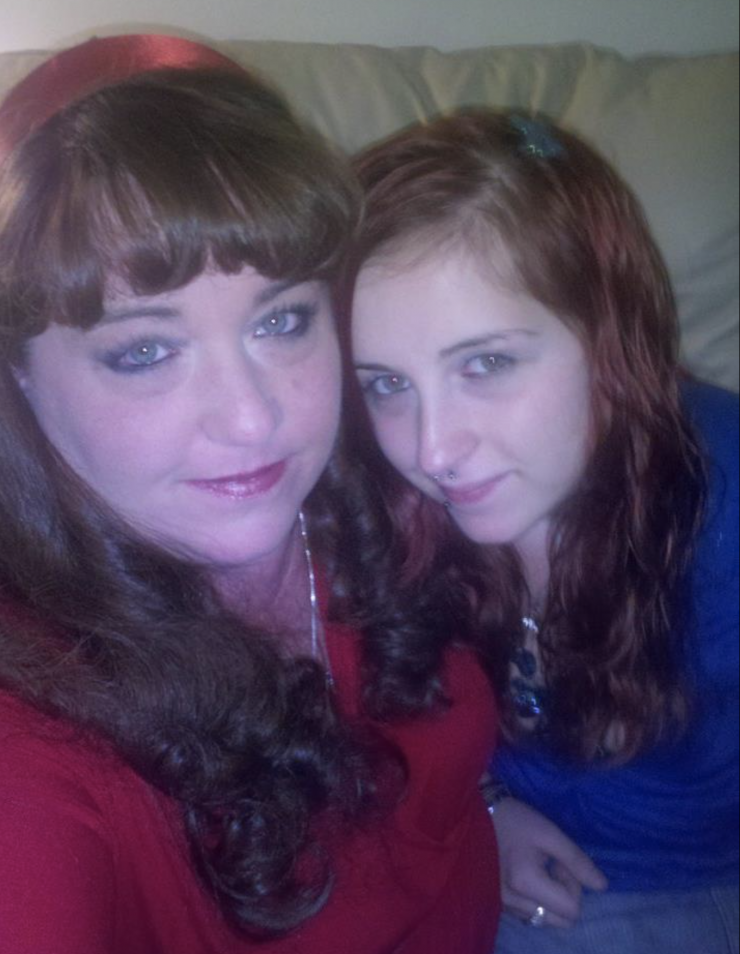 That was only made possible because of people like you reading stories like this. 2013 was a bad year. So was 2017. And up until Chive Charities entered the picture, this year wasn’t looking much better.

For all the bad years. And all the good ones, too. We’ll be here. Help us help more and DONATE HERE.