A veteran receives some much needed relief

An air conditioning and heating unit.

Four years ago, Chive Charities assembled in a room to define who we are, and what it is we do. We’d been hearing story after story about soldiers coming home and the poor care they were receiving. There were stories about long lines at the VA and something called PTSD. Our heat map was forming around our veterans and their health, and we committed in that room to help extinguish those fires, even if only one at a time.

For all our Chive Charities donors, you’ll read a story that will not appear on theCHIVE today about a humble man named James Bernard. He is a Navy Veteran of few words, who does not seek the attention that can sometimes be associated with a placement on theCHIVE homepage.

His story begins on the deck of of the U.S.S. Enterprise on April 13th, 2000 when he witnessed his friend die after an aircraft propeller struck him in the head -- the visions of which would haunt him in the years that followed with nightmares so vivid that a decade later, sleep was scarce. 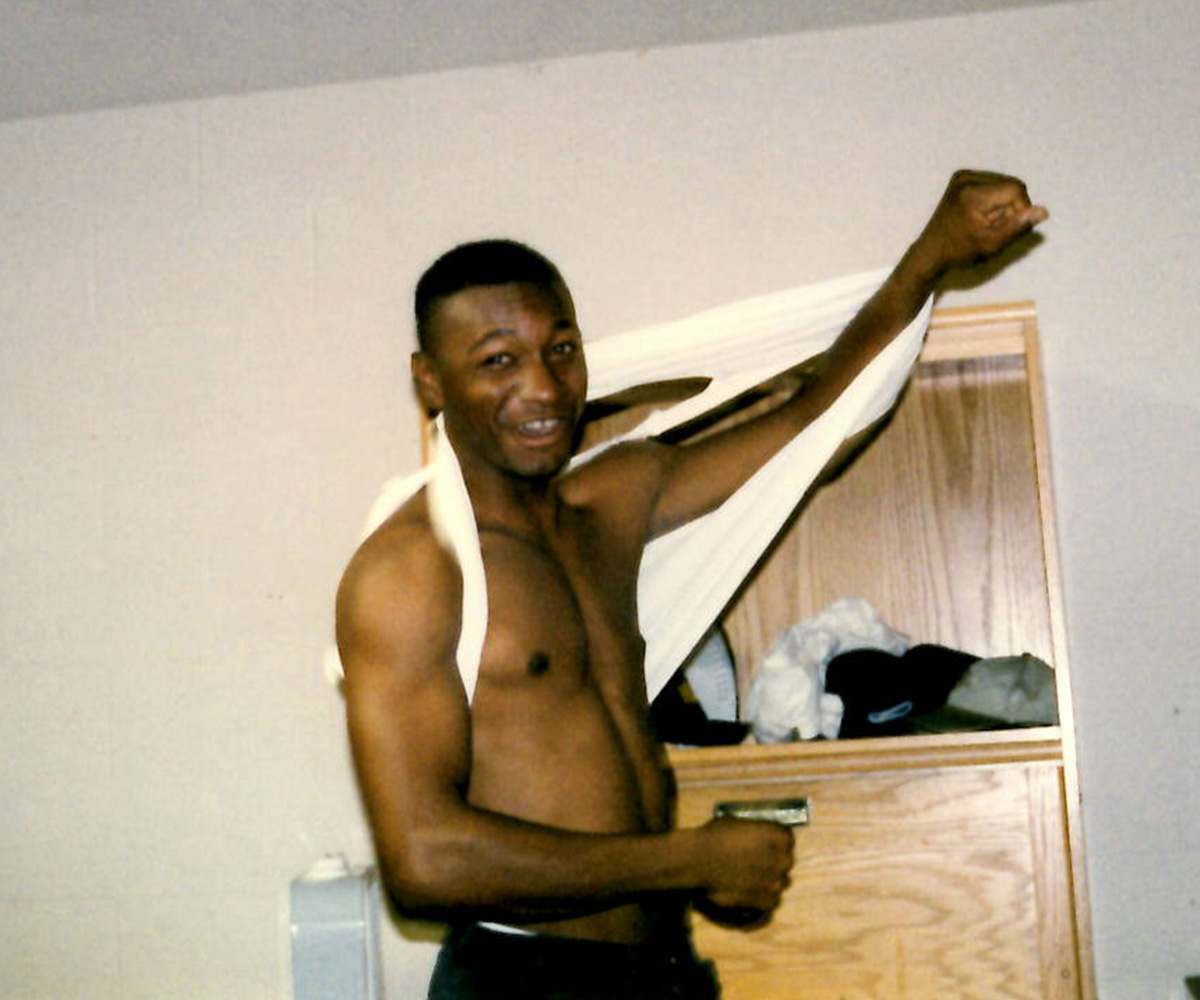 This is James before his friend's accident. 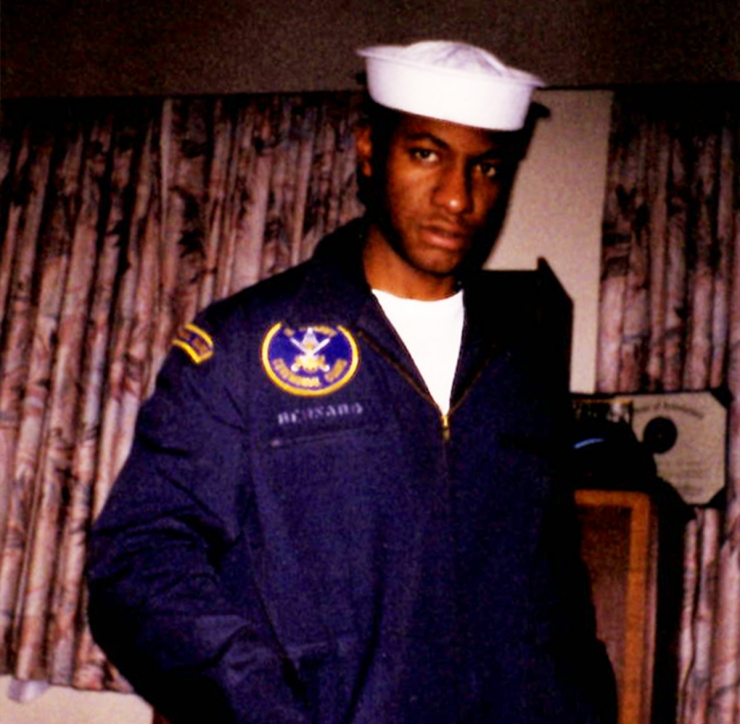 Then things got worse. After returning home, James was diagnosed with extreme PTSD, Bell’s Palsy, Fibromyalgia, insomnia, and recurrent, severe anxiety.  I’d define each of those for you, but let’s just say it’s a dangerous cocktail of mental and physical disorders that nobody would ever want to experience.

James’ wife, Patricia, also gave birth to their second child, a boy named Howard. At 4 months old they noticed a curvature in Howard’s back while they were changing him. He was diagnosed with infantile scoliosis. Howard would spend the next 18 months in a body cast, requiring constant attention and care. Still, the family soldiered on.

Then in 2016, a MRI determined James was also suffering from degenerative disk disease in his spine. Often times, the most common symptom associated with this disease is pain -- lots of pain. Chive Charities is stepping in and easing his pain now. We asked James what he needed most. The family man, who now resides in Louisiana, responded, “What we could really use is air conditioning in our home.” 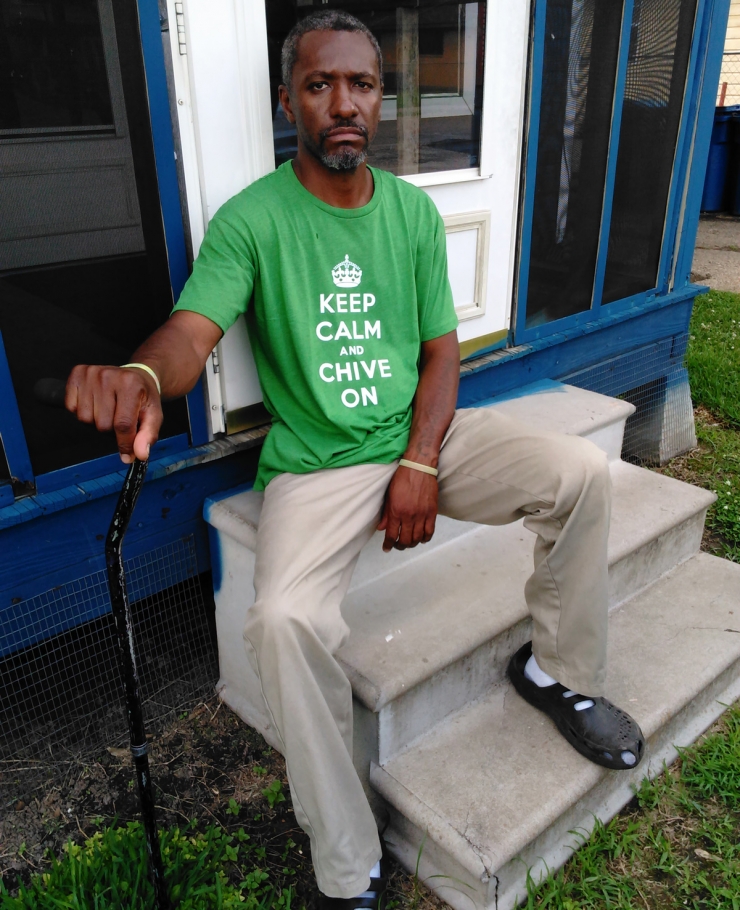 Beneath the crushing yoke of anxiety, extreme PTSD, Bell’s Palsy, and his child’s illness, the family home in Louisiana also has no air conditioning, only box fans. The stifling summer heat is relentless in the Bayou. And a long time ago, we pledged to help extinguish the fires wherever we found them.

Today Chive Charities is granting $12,600 for an AC/Heating unit the Bernard family so badly needs. We often take for granted opening the door to our homes and feeling the whoosh of cold air hit us after a long day. Yes, air conditioning in Louisiana is just what the doctor orders sometimes.

James is a man of few words but he wanted me to tell our Chive Charities donors this:

“Thank you so much for all of your help. You are truly a gift from God.”

Editor's note: A special thanks to the Boot Campaign for referring James to our incredible community