The bond between inseparable siblings

As a parent, the hardest thing I’ve ever experienced is having a child in pain and being helpless to make it better.

I wish I could take their burden, the suffering, the hurt and make it my own so they could get on living their life in the carefree way that all children deserve. That’s why when I read Ezera’s story, it was one of the biggest gut-punches I’ve had in over 7 years at Chive Charities. I’m sure anyone with children, siblings, or a heart that’s not 3 sizes too small will feel the same. 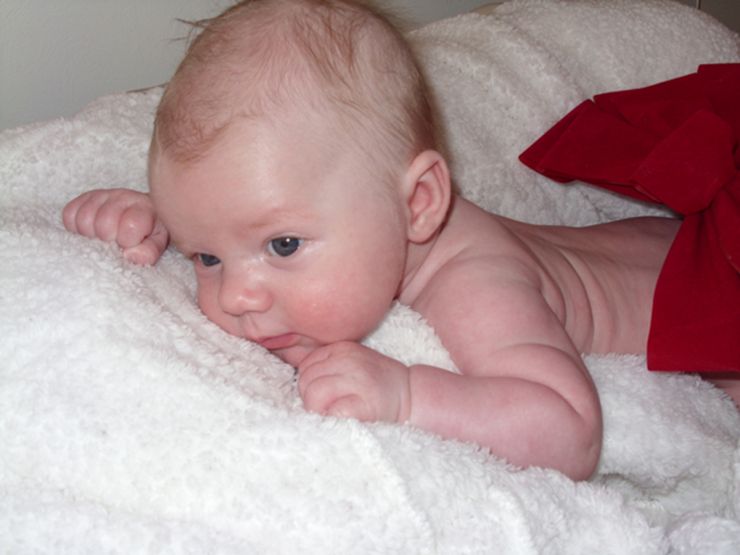 From day one, Ezera was full of life and ready for the world. Always an active and curious child, he was able to count to ten in 4 different languages by the time he was 3 years old. Fascinated by all things dinosaur-related, he could identify almost any species within seconds. In fact, his love for dinosaurs led him to dream of becoming an alligator dentist so he could be close to prehistoric dinosaur-like animals. While being a polite and pleasant young boy, his family always noted that Ezera had toughness and grit, even early on. No matter what happened, whether it was a scraped knee or a dropped ice cream cone, Ezera always displayed a smile on his face and moved forward as if nothing in the world could bother him. 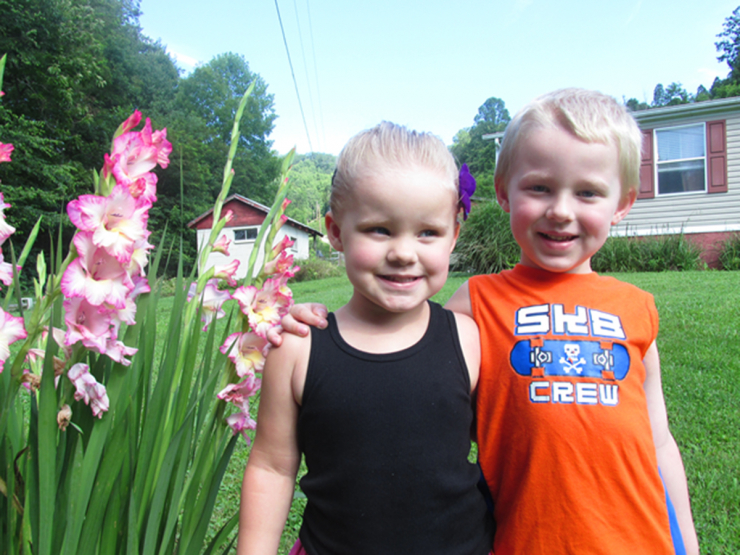 Ezera’s best friend in the entire world, his sister Ezlee, came into the world a year after Ezera and the two have been inseparable ever since. They shared a love for superheroes, Halloween, Disney, and playing outside all day until their parents called them in for dinner. 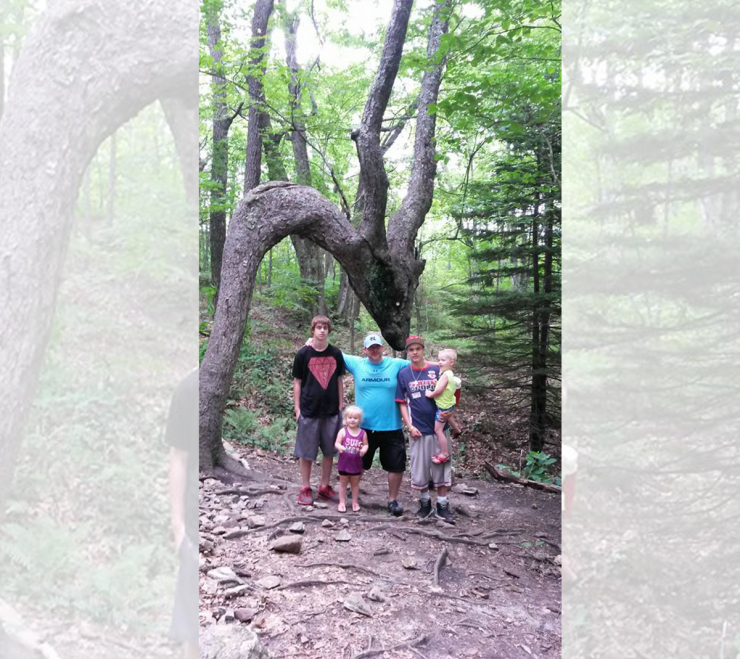 Ezera, Ezlee, their two older brothers and their parents, Summer and Christopher, made up a happy and active family in Marshall, North Carolina. 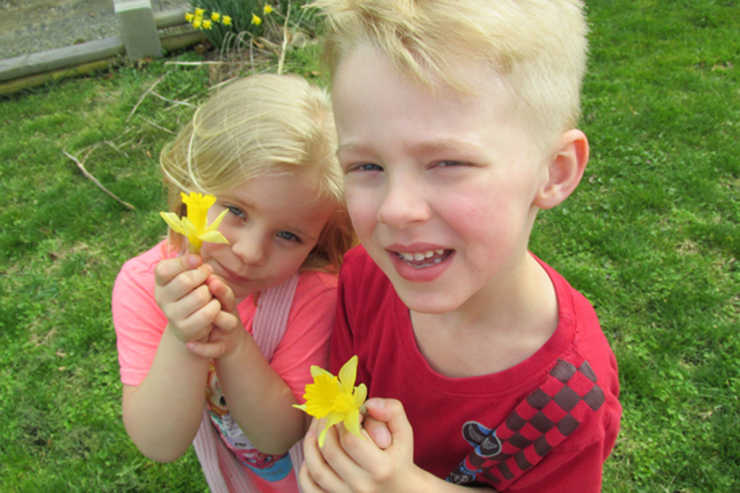 But no one shared a connection like Ezera and Ezlee.

With Christopher finding his dream job at Harley Davidson, Summer was able to stay home with the two little ones and watch them flourish and grow together.

Everything was going smoothly until Ezera started Kindergarten in August 2018.

On the way to school one day, Ezera complained of motion sickness and vomited. When the same thing started to happen almost every single day, his parents began to worry that it was potentially serious. Ezera, though, shrugged it off each day and enjoyed school, flourishing and building amazing relationships over the next few months. 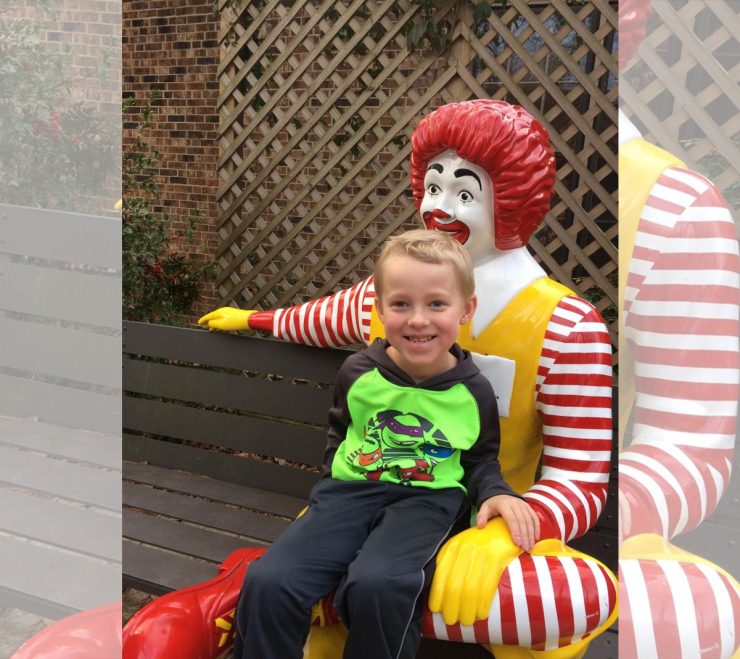 Around his 6th birthday, a doctor noticed clubbing in Ezera’s fingertips and toes, a possible indication of a heart or lung disease. After a CT scan of Ezera’s chest, doctors diagnosed him with cystic fibrosis while they waited for genetic tests to come back. 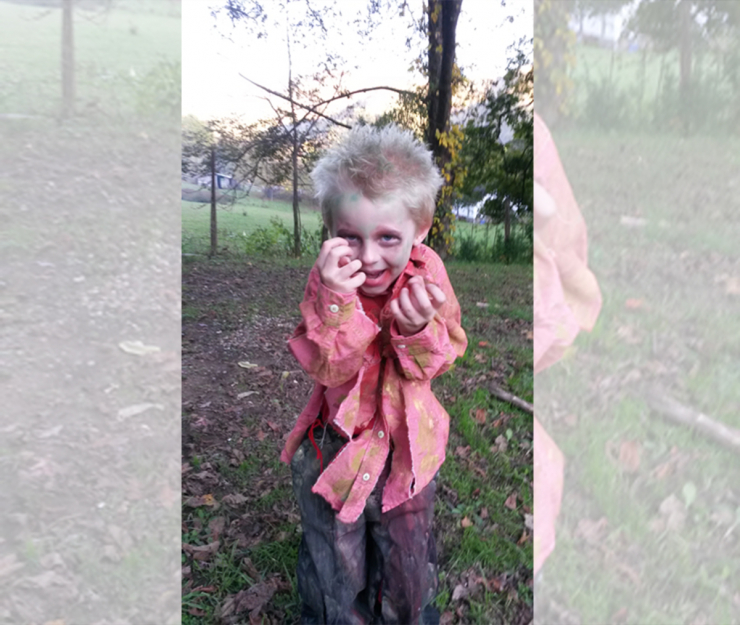 By Halloween 2018, Ezera was battling constant high fevers and showing issues with hearing, vision, and walking. However, that didn’t stop Ezera from running around with his costume on with the biggest smile on his face. Halloween was his favorite holiday and he was determined to make the most of it. By the time night rolled around, Ezera didn’t even feel well enough to go trick-or-treating. Summer and Christopher knew something even more serious than Cystic Fibrosis had to be hidden deep within their son. 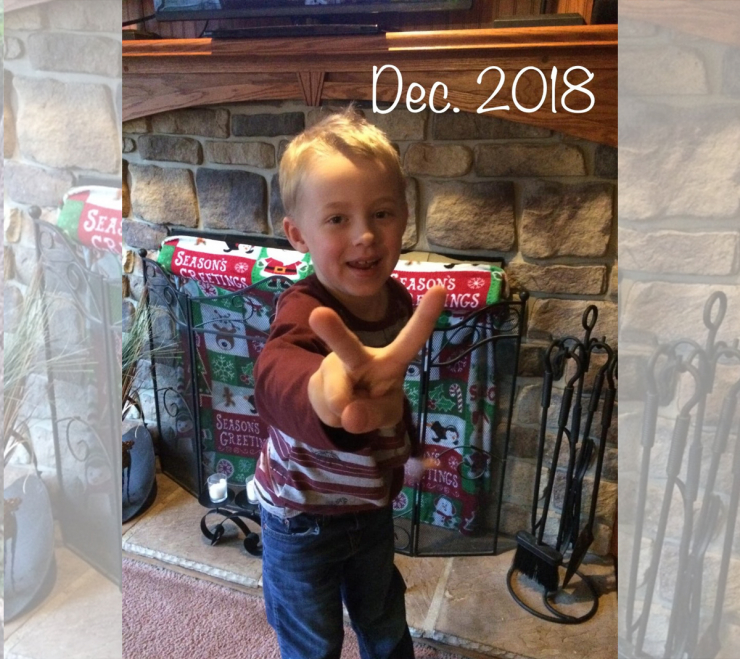 The day after Christmas, Summer received a call with the results of Ezera’s genetic testing. It wasn’t cystic fibrosis. Ezera had ALD-A.

ALD robs little boys of their livelihood and quality of life.  ALD seems to eat away at the brain impairing or disabling function after function.  When active, the nasty disease ravishes the brains of affected boys so rapidly with severely disabling results, and in many cases, even death. To make matters worse, doctors found he had fat deposits causing a separate rare interstitial lung disease.

The news was a lot to take in but Ezera was determined to give the debilitating disease his best shot. 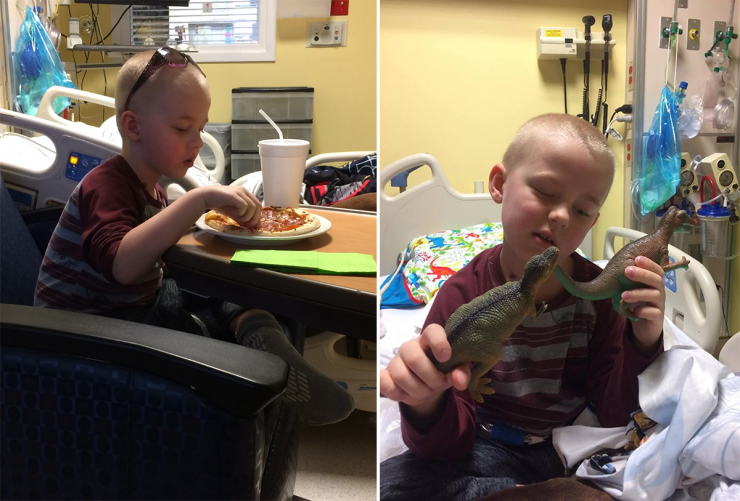 His best shot included a bone marrow transplant and chemotherapy at Duke Children’s Hospital. In February 2019, Ezera once again demonstrated his grit to the awe of the nurses and doctors at Duke.

“Ezera walked right in,” Summer recounted, “demanding some pizza and refused to get in his hospital bed unless it was sleeping hours—this was the case for weeks.  The nurses and doctors and other hospital staff thoroughly enjoyed visiting with Ezera as he is quite comical, smart, and a joy to be around.” 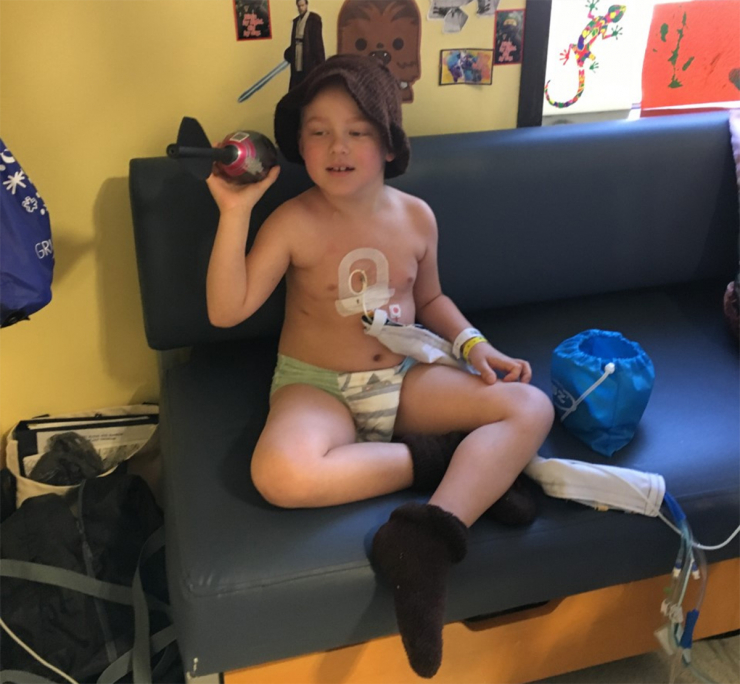 Next came 10 days of chemotherapy, a process Christopher and Summer were dreading. However, Ezera deemed it his favorite hospital day ever when he found out that his hair was “detachable’. He even had a great time pulling out his hair in chunks. 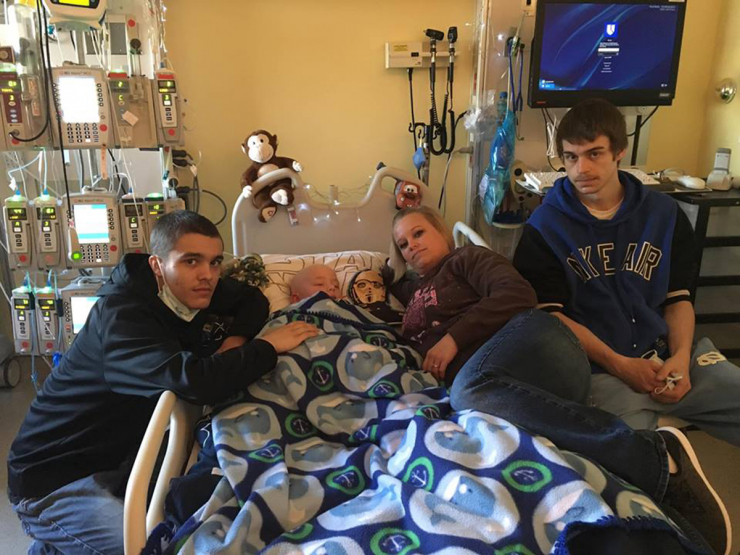 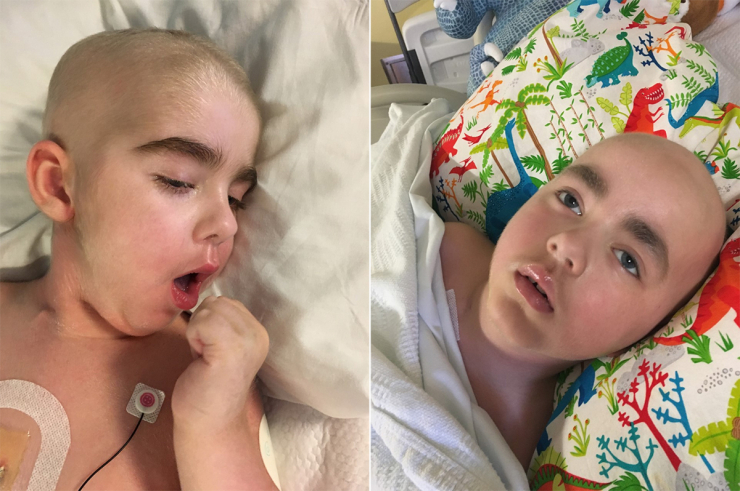 Even though the marrow transplant was a success, ALD was attacking Ezera more each day. He was losing functions rapidly, and sadly, was also losing his spunk. At one point, he went 40 days without flashing his contagious smile. It was devastating to watch for his family. “He was hospitalized for nearly 100 days,” Summer told us. “When we were finally discharged, Ezera was in a completely different mental and physical state.” 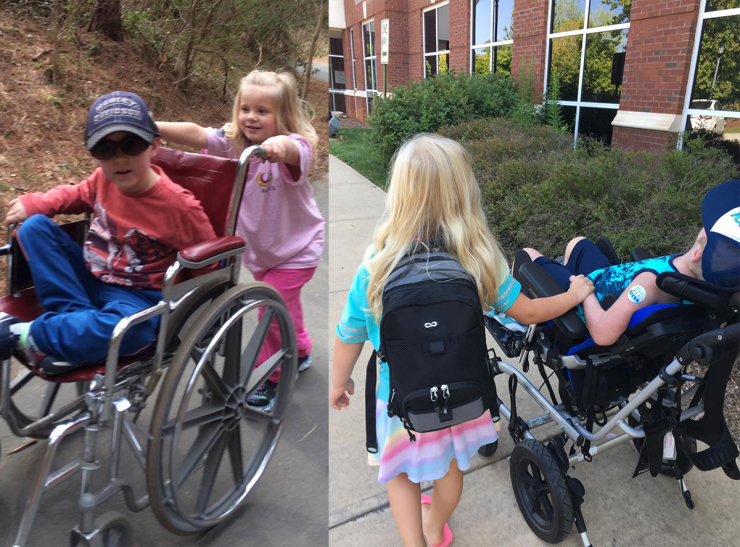 Ezera’s Dad has had enough of doctors and hospitals for a lifetime. His mother just wants Ezera to be as happy and adventurous as possible. And then there is Ezera’s other half, his favorite friend in the entire world, his sister Ezlee. She was beside him the whole time but struggled more than anyone to make sense of the changes. 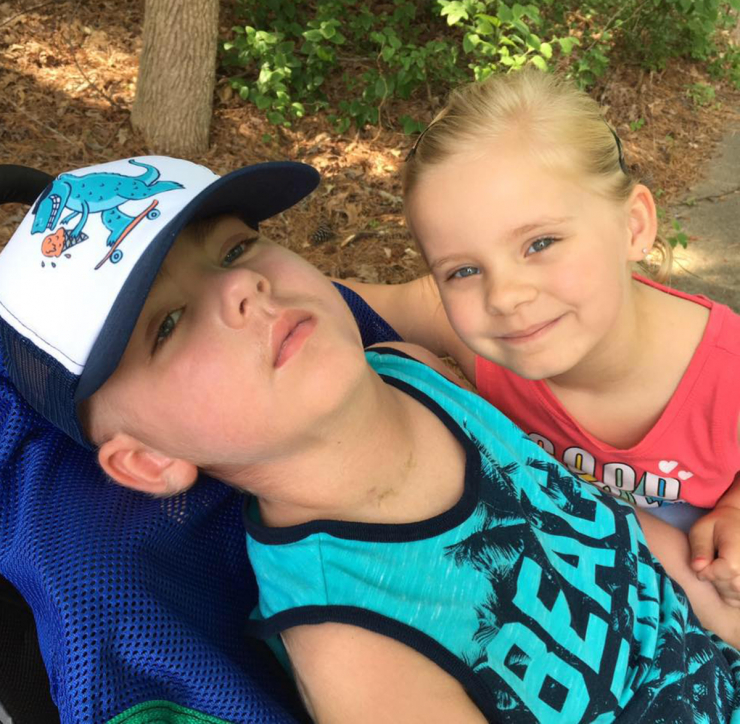 “She waits patiently for playtime to be like it used to be with Ezera,” Summer told us. “She pleads often with tears in her eyes, ‘Why can’t Ezera just be Normal?’ and is always looking for him through play.” 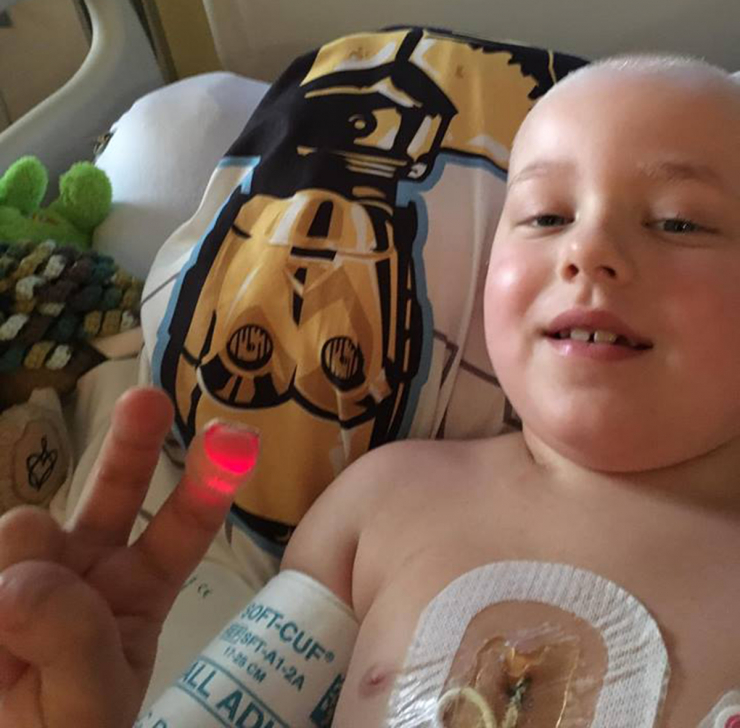 Through it all, Ezera continues to fight even though every day is harder than the last. All the changes have threatened to keep Ezera’s free-spirit confined and isolated to his house. He’s in desperate need of a reliable vehicle to safely accommodate and transport him to his many upcoming appointments. Plus, there is plenty more fighting to do. Luckily for Ezra, there are a few thousand donors at Chive Charities that specialize in fighting the good fight for the underdogs. 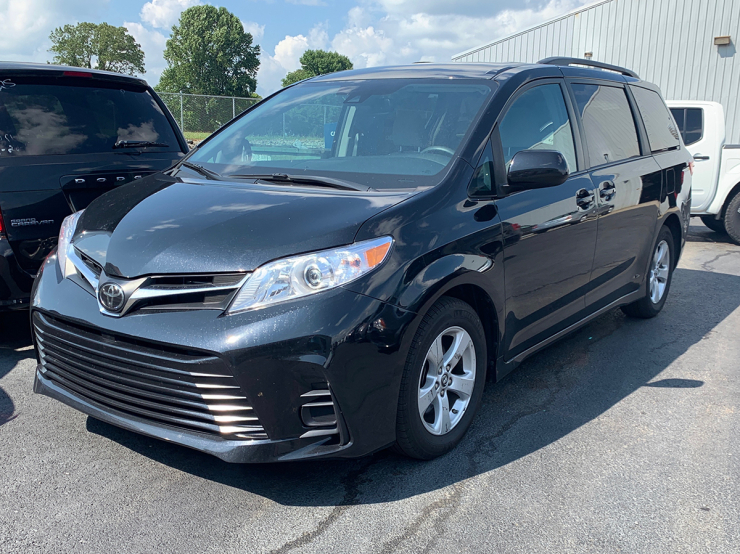 The brand new $27,984 Purple Ribbon Mobility Toyota Sienna courtesy of the Chive Charities donors couldn’t have come at a better time. It gives Ezera and his family a much-needed spark of hope.

It even seems like Ezera’s grit has begun to rub off on his mother. “We refuse to be confined,” said Summer. “The need for reliable transportation is even more intense as we aren’t going to allow ALD to win and take any more from us. Thank you to all who thought of us through donations as they will make this most difficult time a little less stressful and more fun. It will allow us to provide Ezera the best quality of life and more opportunities to create family memories.”

If you would like to get behind our next incredible recipient, become a Chive Charities monthly donor right HERE.