There’s something kind of magical about twins. Super magical, if you will. 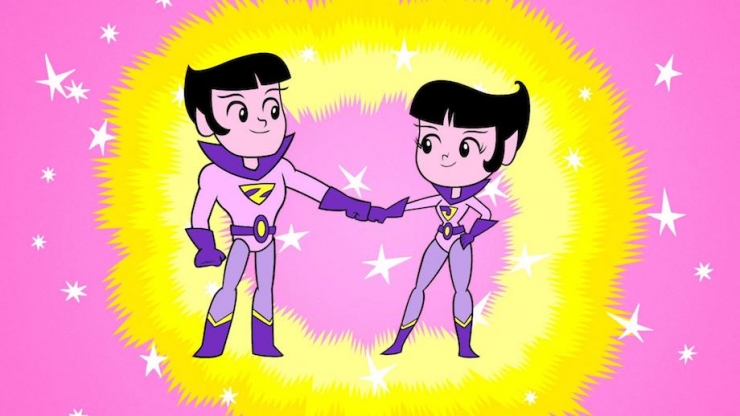 I was all set to write this elaborate intro about playing Wonder Twins when I was a kid, but honestly the original show was before my time, and I don’t even like comic books, so the closest I ever really came was shouting “WONDER TWINS, UNITE” upon occasion. And that’s not even what the Wonder Twins say, so clearly I don’t know much on the subject. Matchbox cars were more my speed.

Still, every time I thought about Alexis (Lexi), who you’ll meet in a minute, I thought “WONDER TWINS, UNITE!” (Incorrect, I know.) I started poking around the interwebbings to find out more about this dynamic duo, and I stumbled upon something that could very well put this country back together again.

Someone at Gamespot, much more knowledgeable on the topic than I, said “the Wonder Twins showed that by joining their hands and commanding their powers to ‘activate,’ they could change.” You mean to tell me banding together is more powerful than standing apart? The answer to world peace was in a DC comic all along! 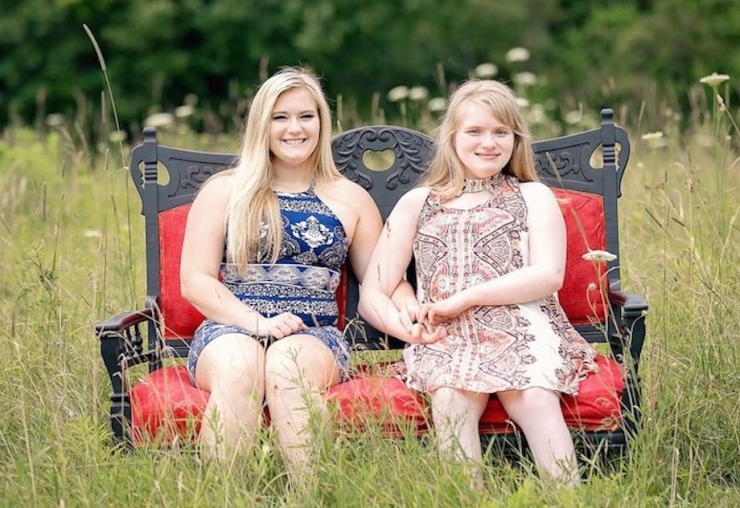 I’d like to introduce you to Hannah and Lexi, fraternal twins from upstate New York. Lexi has Angelman Syndrome, a rare genetic disorder that causes severe developmental delays and learning disabilities. One of the notable symptoms is a happy disposition and unprovoked episodes of smiling and laughing, which has to be the most pleasant symptom of a debilitating condition I’ve ever heard. Lexi also has Arnold Chiari Malformation and scoliosis, which limit her mobility quite a lot. 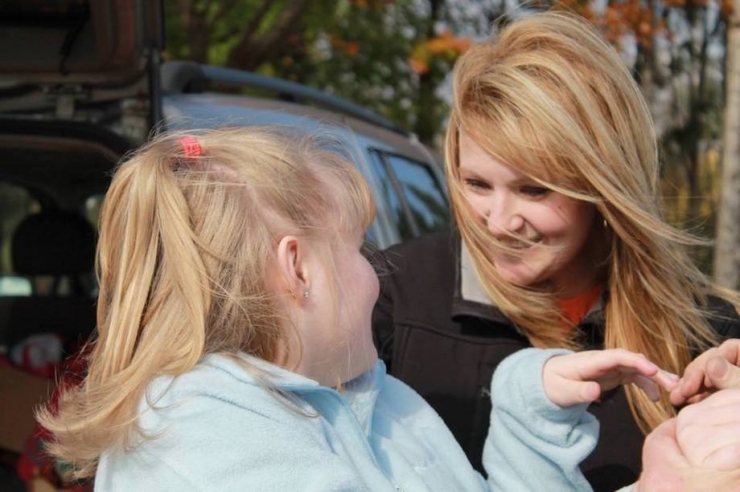 When we met the girls a few months ago, we found out their mom Brenda has been raising them, and their brother Tyler, on her own, and also managing Lexi’s complex 24/7 care AND working full time. Without hesitation, we asked how we could help.

“Save our home,” she said simply. 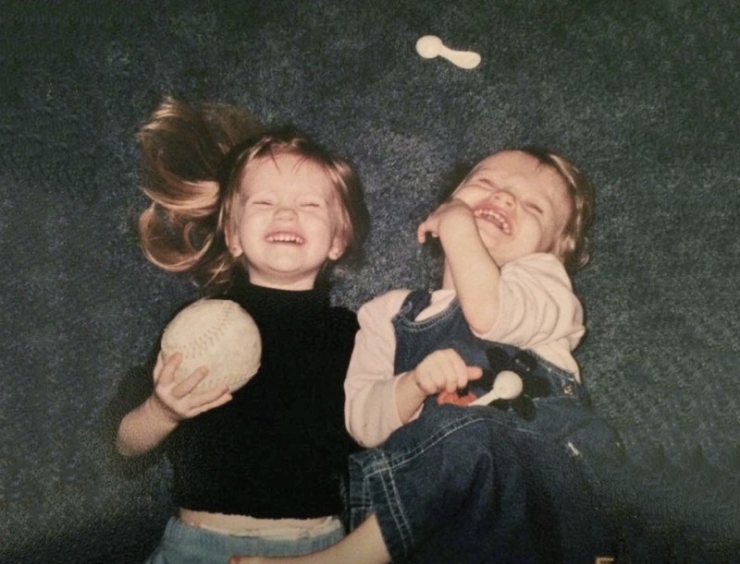 “The girls were 10 months old when we moved in here,” Brenda said. “It’s the only house they’ve ever known.” 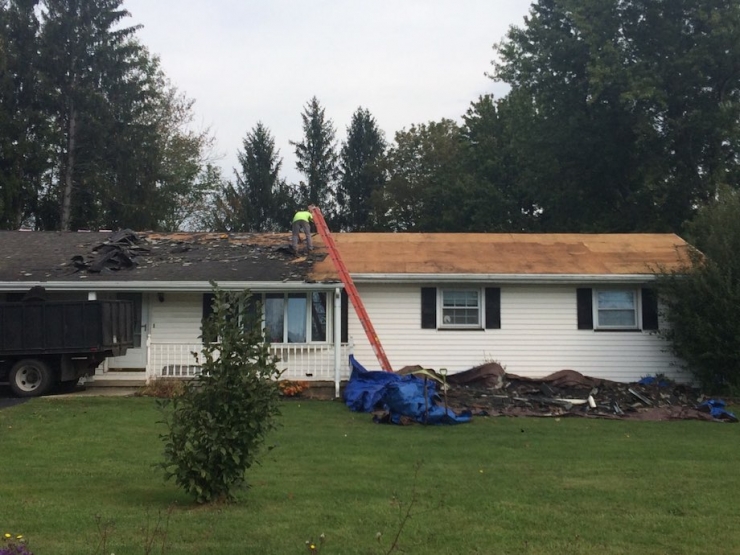 That was 16 years ago, and now the house needs a lot of work. The roof leaks, the gutters leak into the basement, and several of the doors, including the one by Lexi’s bedroom, are rotting and nowhere near secure. Next year Hannah will graduate and head off to college, but Lexi will probably live at home for many more years, if not the rest of her life. Having a safe, healthy home is critical.

“What’s it like with a house full of teenagers?” I asked Brenda. 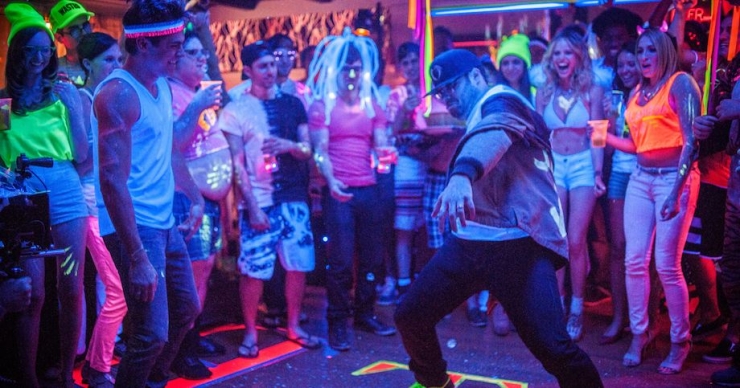 This one and 20 other party scenes flashed in my brain. 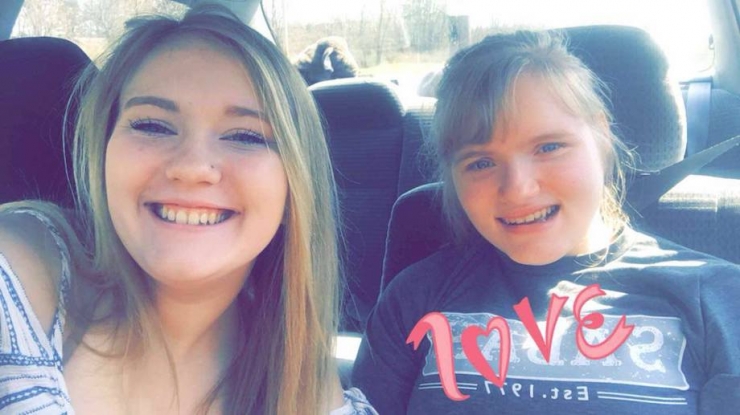 She laughed, assured me they were all good kids, and started to describe Hannah and Lexi’s special relationship. 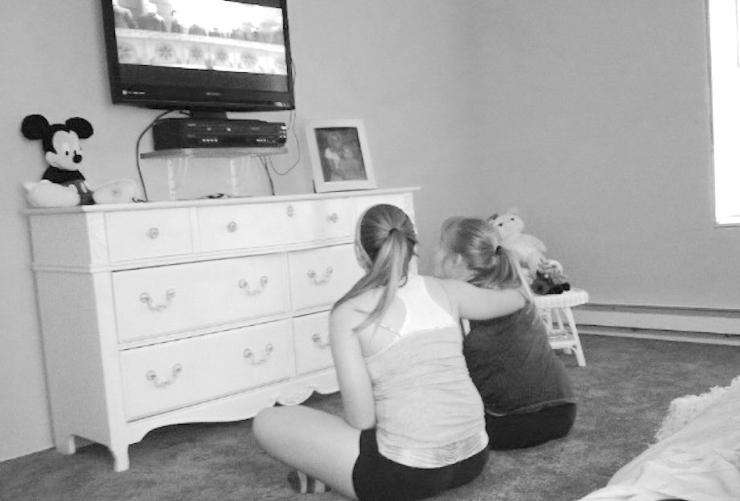 There’s the sister bond, Brenda explained, and the twin bond, but there’s something else connecting Hannah and Lexi. They may not be identical, but they complement each other in the very best ways. 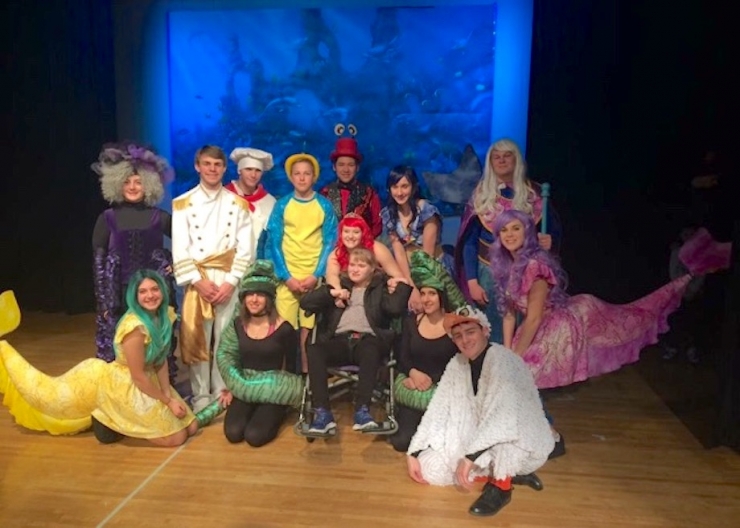 “Lexi loves people, being part of the action. But she’s nonverbal and uses a wheelchair. It’s really limiting. Hannah’s friends incorporate her into their hangouts. She loves them and they love her.” 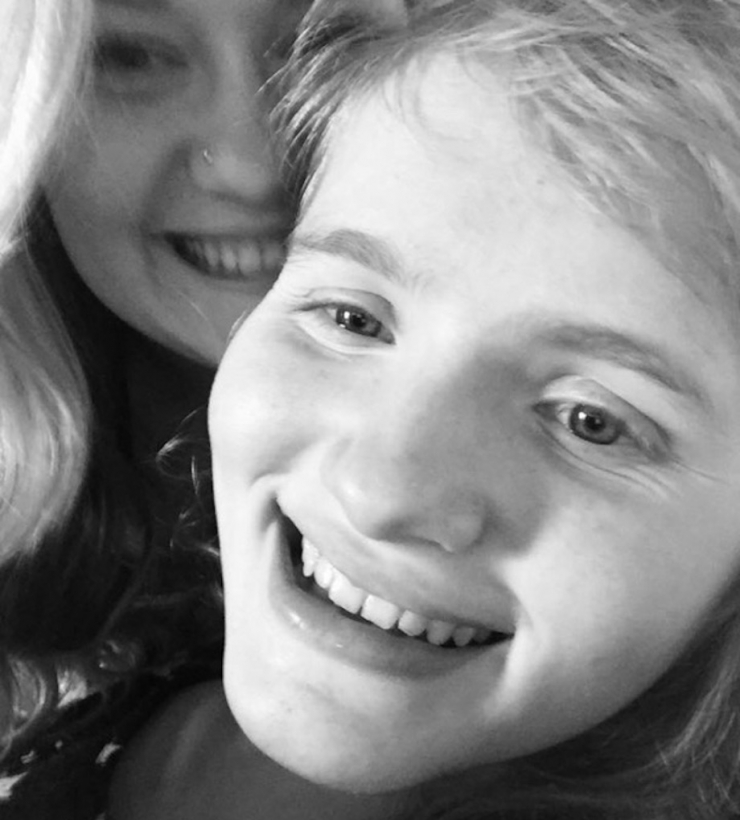 They take selfies and do the things teenage girls do, things Lexi can’t do on her own. 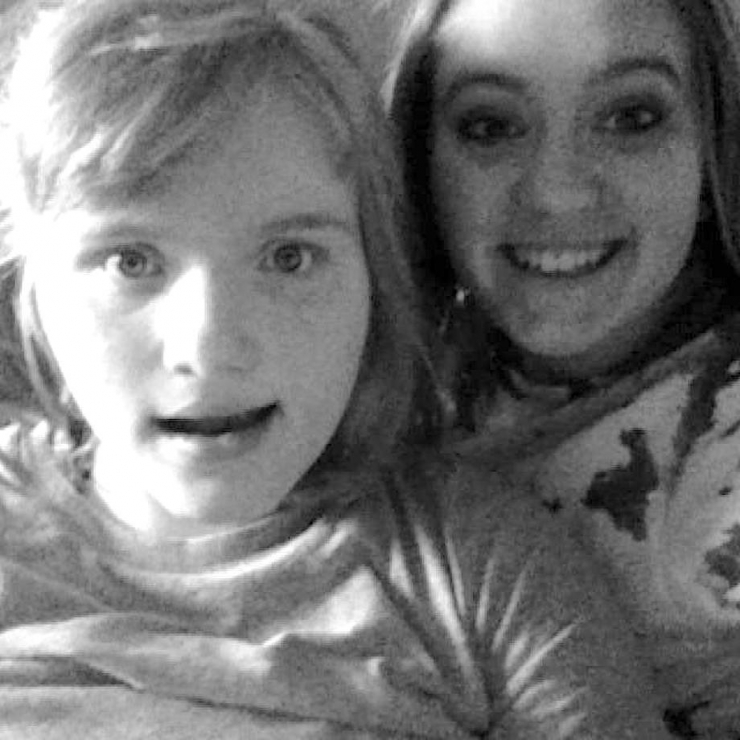 During our interview, Brenda said Hannah had applied to a five-year master’s program in occupational therapy. 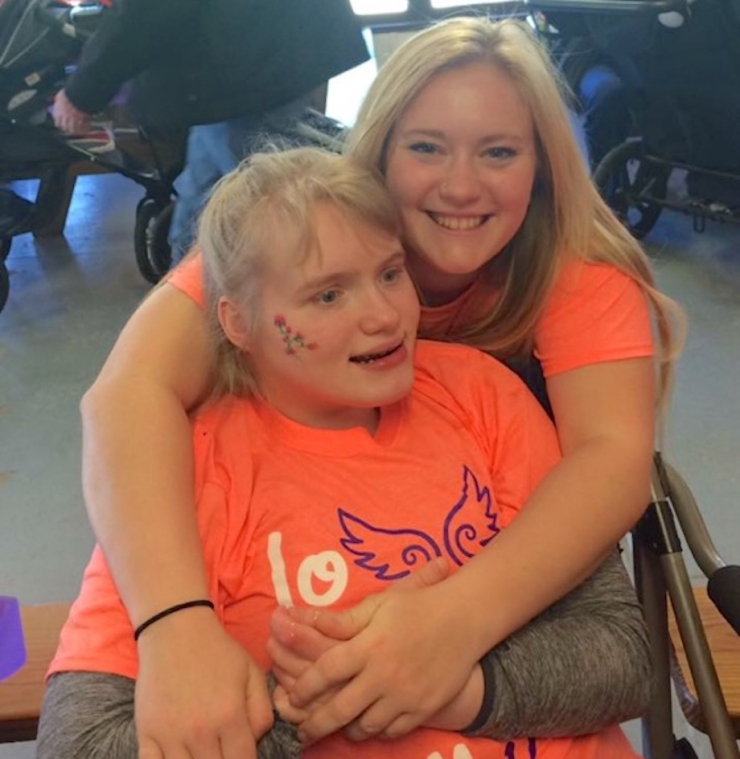 “Do you think growing up with Lexi influenced Hannah’s career choice?” I asked. Brenda didn’t miss a beat.

“100%,” she agreed, adding, “At first she wanted to be a special education teacher, to help people like Lexi. But then she decided on occupational therapy so she could help even more people.” 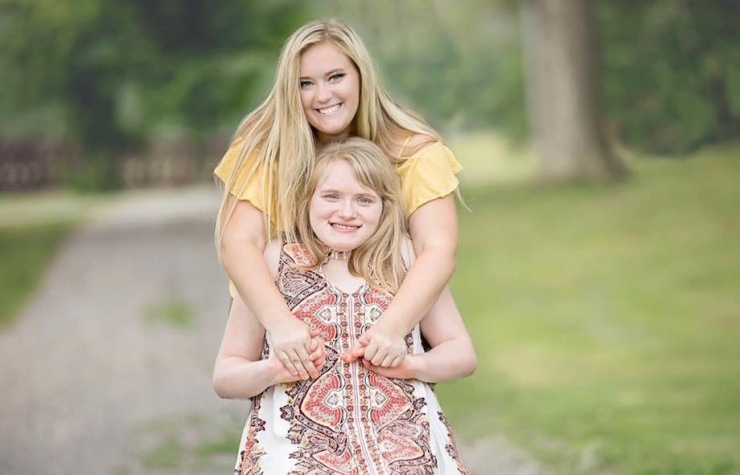 All of a sudden, the Wonder Twins thing fell into place...great on their own, amazing together. It was time to give Hannah, Lexi, and their family the kind of home they deserve. 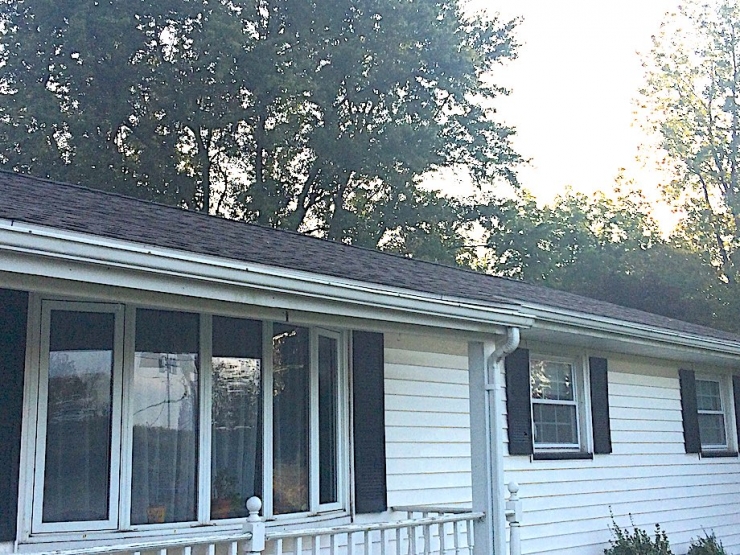 The new roof and gutters were installed last week. 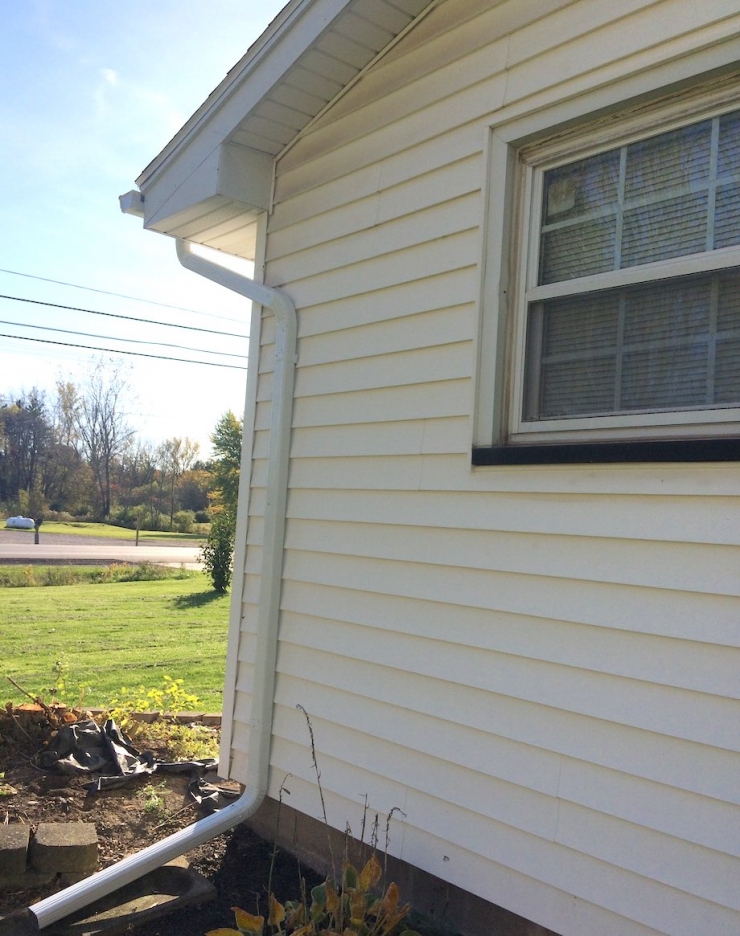 We’ve replaced worn out support posts and repaired damaged siding. And by the end of the month, the old, unsafe doors will be replaced, too, featuring wheelchair-friendly thresholds so Lexi can get in and out safely.

All told, the repairs cost more than $15,000. If it wasn’t for our Wonder Donors – the generous folks that donate to our Green Ribbon Fund every month – we couldn’t have done any of this, and to them we are forever grateful. We’re so much better together. 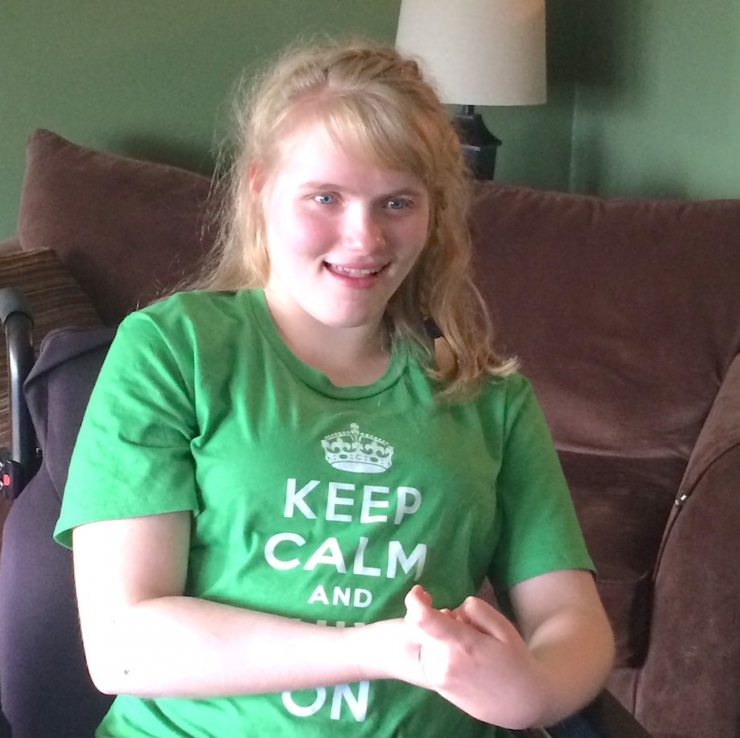 Next week, just like every week, we’ll make the world 10% happier for another Chive Charities recipient. We’d love you to be part of the story...go HERE to become a Green Ribbon donor. 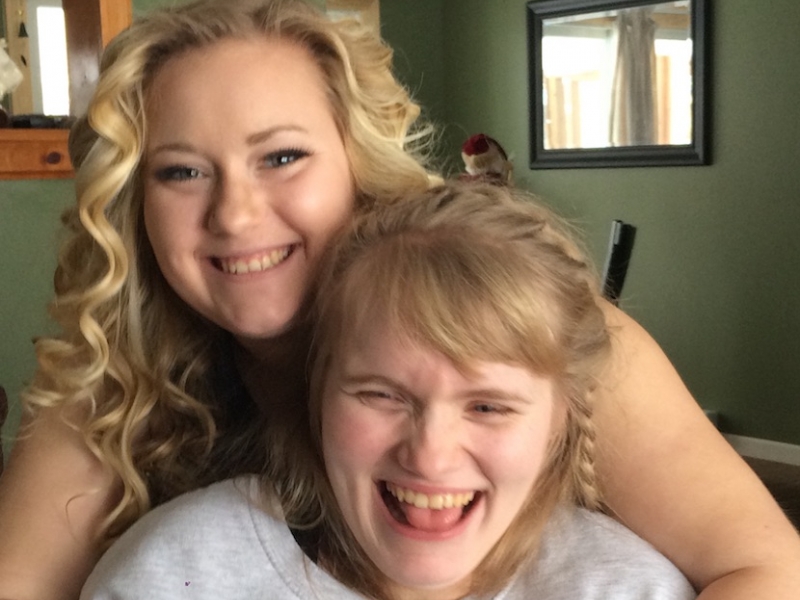 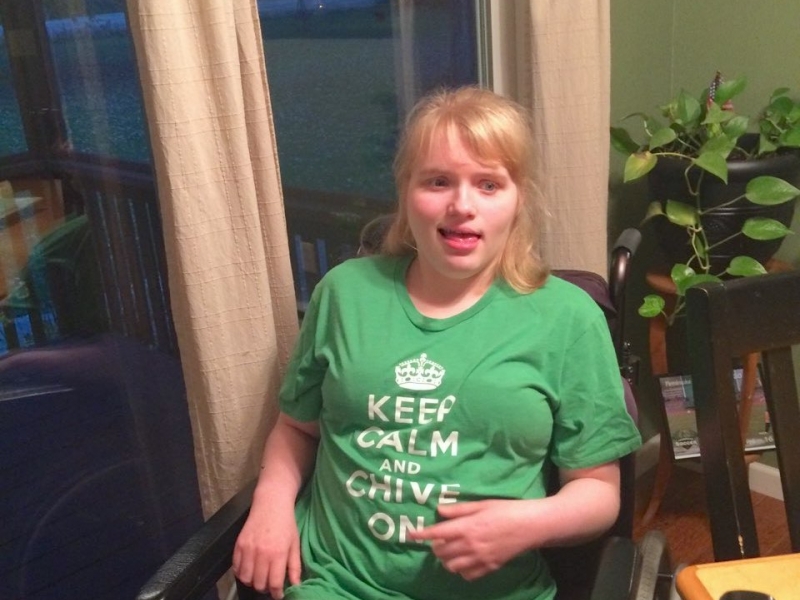