The first video game was invented in 1958, and was similar to everybody’s favorite throwback, Pong. 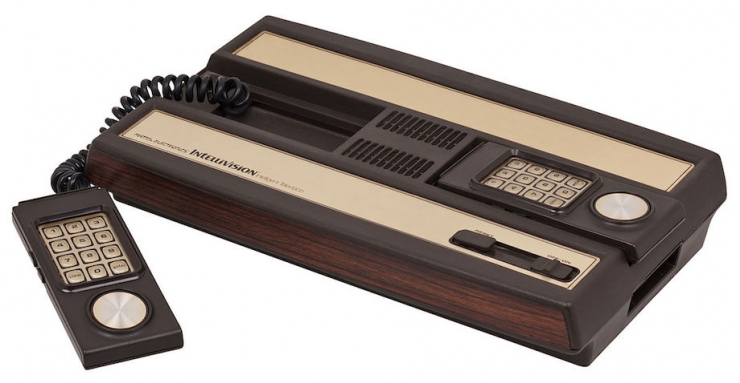 Later, there was this guy. I’m gonna be super honest and just get this out on the table: I’ve played it. 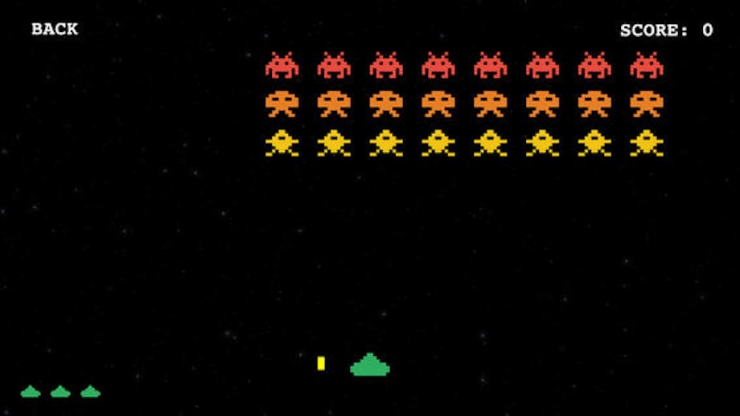 Spent more than a few hours on this one. 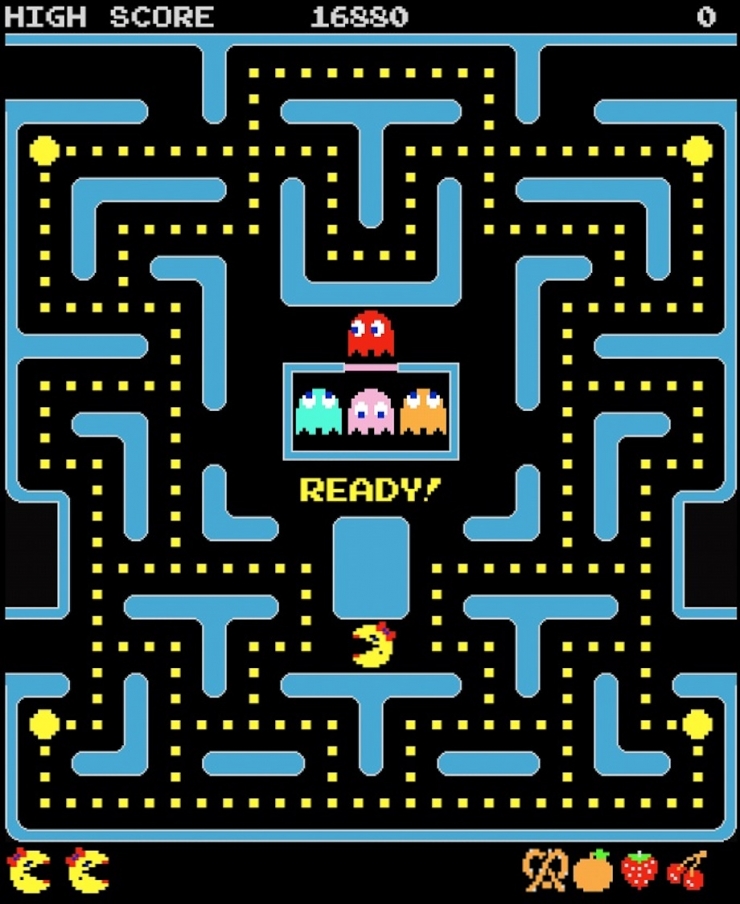 And an obscene amount of time playing this game. In fact, my mom used to yell at me for playing it at the Qwik Stop because she thought it was trashy to hang out at a gas station. Well, Ma, turns out I *did* use that skill for a job one day, so joke’s on you.

I am by no means a gamer, but having grown up through the evolution of video games, I played my fair share. Looking back, it probably wasn’t the games themselves I liked the most. Don’t get me wrong, Ms. Pac-Man was awesome, and people-watching at the Qwik Stop was outstanding, but walking from the bus stop to the store, crowding around the machine, playing a few games, and debating whether to use our initials or a cuss word for the high score were low-key ways to shoot the shit and build relationships.

This week, I want to tell you about the latest Chive Charities grant recipient: Sam. He liked video games as a kid, too, particularly Doom95 and Vagabond’s Quest. 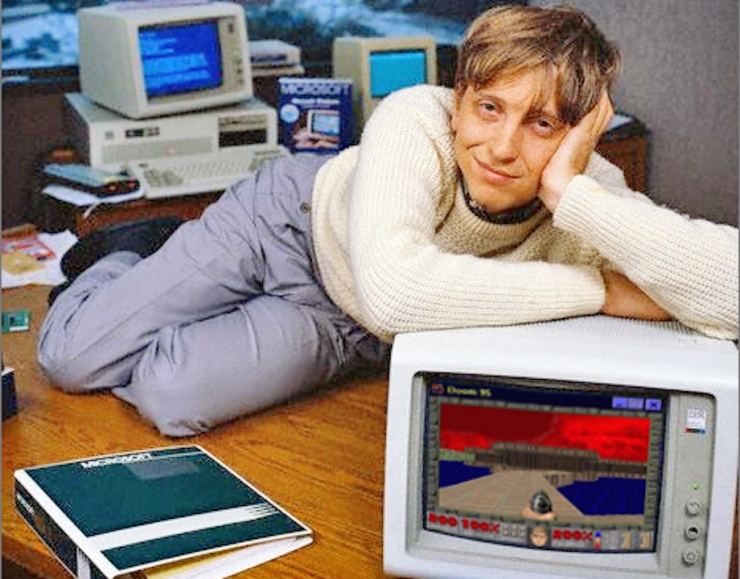 Searched for a pic of Doom95 and found this gem. The Internet is a glorious place. 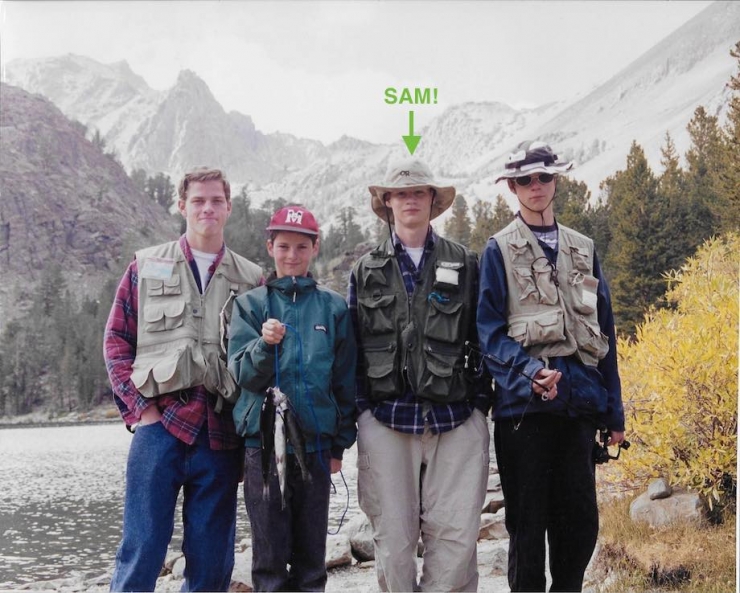 Back to Sam. He grew up in Big Bear, running around the woods, rock climbing, tempting fate in nearby “rattlesnake cave.” His adventure meter ran high. 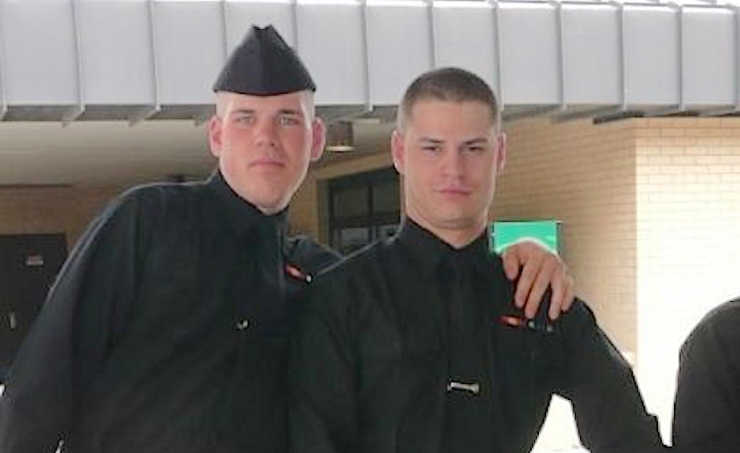 Naturally, he enlisted the Navy. After training, he joined a high-intensity anti-piracy unit in the Persian Gulf. You may have seen his work in such hits as: 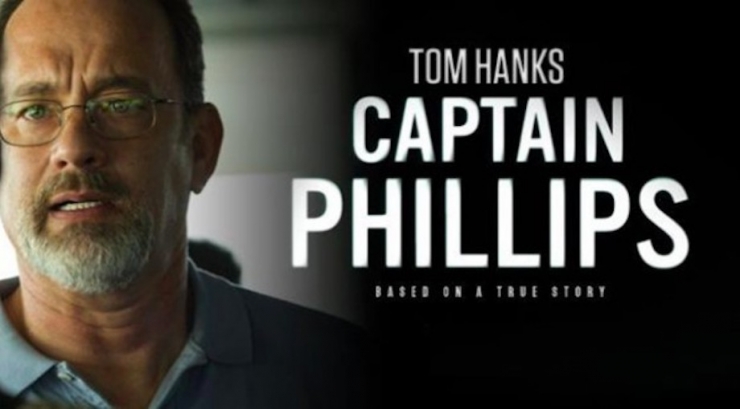 No, really. Sam was there for that true story. In fact, all four years he served were pretty intense. In addition to the aforementioned epic battle, Sam and his wife got divorced, he was deployed for three of his four years (only three weeks at home), he and his wife remarried (hence the three weeks at home), he got orders to return to base in Virginia, and he had a flashback that almost cost him his life. PTSD sucks. 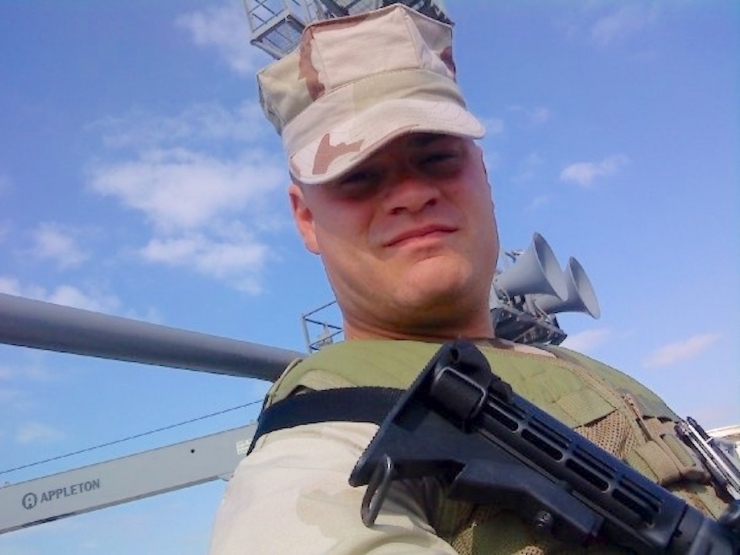 “Tell me the Humvee story,” I said to Sam on our call, referring to the flashback mentioned in his grant application. “What was that like?”

He didn’t miss a beat.

“I was driving across base,” he said. “All of a sudden, I could feel the heat and smell the familiar smoke from firearms being fired. It was like I was back in Iraq.” 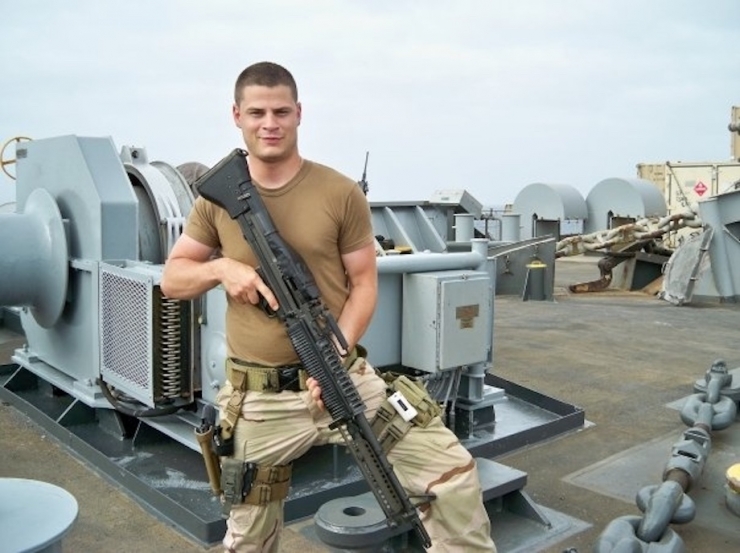 Sam went on to tell me about how he abruptly turned down a one-way street, which, in his mind, was an abandoned road he would use to put pressure on the enemy. Unknowingly, he accelerated into oncoming traffic.

“It’s a miracle I wasn’t alone,” he recalled. Moments before the Humvee would have destroyed an oncoming car, his passenger grabbed the wheel and steered them off the road. That was the last straw, he said, he had to get help.

One day, he happened upon a live-stream from Stack-Up, a nonprofit that supports veterans through gaming. A tiny switch flicked on for Sam.

“There were guys sitting around playing, and they would take turns talking – about the VA, different things they were going through, you know, and it just clicked. I could fit in with this community,” he said, adding, “It’s really hard to find things I still enjoy that I did at one time. I remembered playing video games in high school, and it was the first thing I actually felt something about. It was a connection to a previous ‘me’ I haven’t seen in years.” 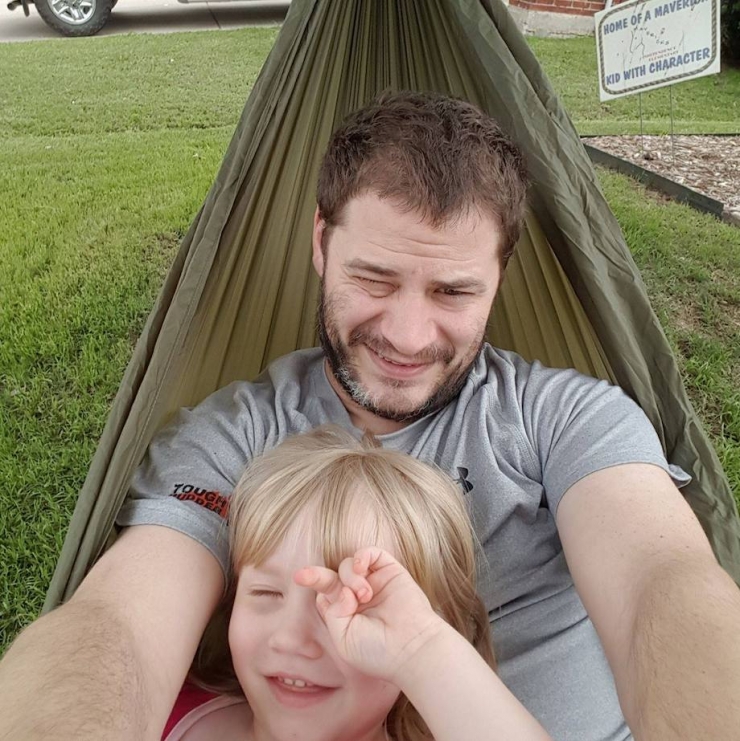 I come from a family of all girls, so boys are kind of a mystery to me, but a guy friend told me once how his mom figured out long ago she could get him to talk if they were doing something – anything – other than sitting down for A Talk. Usually they go for a walk around town, but kicking a soccer ball, working on a project, whatever takes the pressure off having a conversation, it lowers the gate and lets him open up. I happen to love talking about my feeeeeeelings, but I get it. Sometimes you need an unrelated mechanism to get things flowing.

The scientific part of gaming as therapy is pretty cool. In studies of patients diagnosed with post-traumatic stress, those who played “had a significant reduction and de-escalation of symptoms within four hours of gameplay. This is because the game disrupts the involuntary recall of traumatic triggers” – and a lot of other big words that basically say gaming retrains the brain to deal with flashbacks and other symptoms. 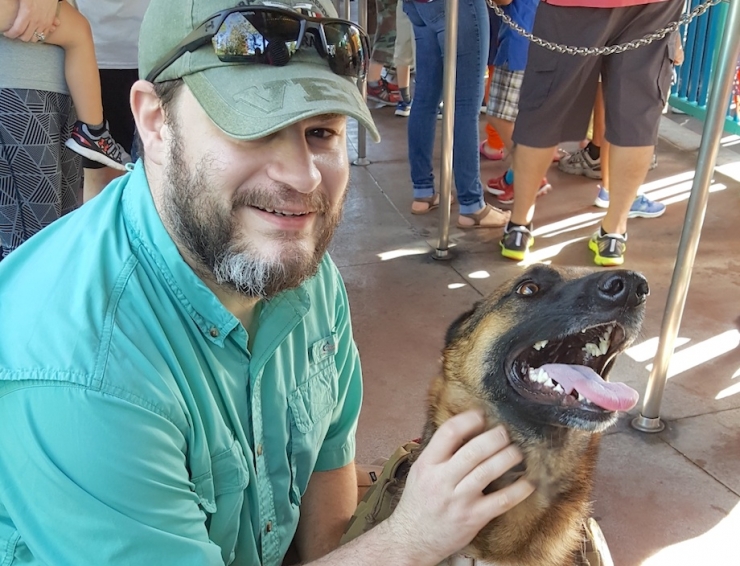 Sam’s doing the right things to get better. He’s got this sweet girl Bella by his side, he’s getting professional help for post-traumatic stress, and because he’s medically retired from the Navy, he can work on strengthening his relationships with his family and reconnecting with the civilian world. 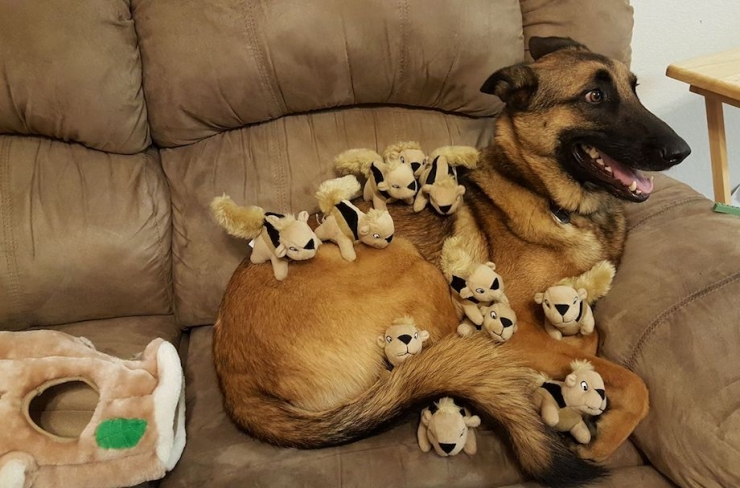 (When you have three daughters and a female service dog, things happen.) 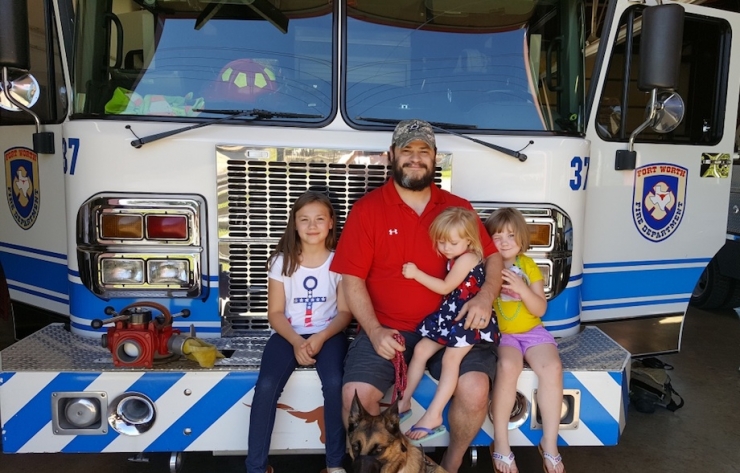 Parenting can be hectic, and I was curious how gaming would fit in with dad duties, so I asked Sam. He chuckled a little bit, then he told me something that made his 10-year-old daughter Elizabeth my new favorite person.

“Elizabeth loves it as much as I do. We love playing Star Wars Battlefront, me, of course, always on the Light Side, and her on the Dark Side. What can I say? She loves Darth Vader.” 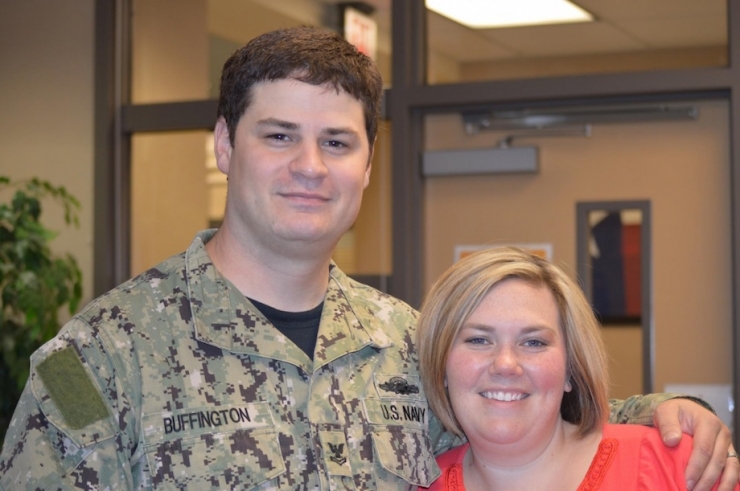 We love when a Chive Charities grant does more than just meet a need. In Sam’s case, a $1,500 grant for a laptop and monitor will keep him connected to his new community of veteran gamers and to the outside world, but it can also help his post-traumatic stress, create memories with his kids, and, of course, make him 10% happier.

Every week (sometimes twice!), Chive Charities provides grants to underdogs who need our help, but we couldn’t do it without the rockstar monthly donors to our Green Ribbon Fund. Click HERE to join the team changing lives like Sam’s 365 days a year. 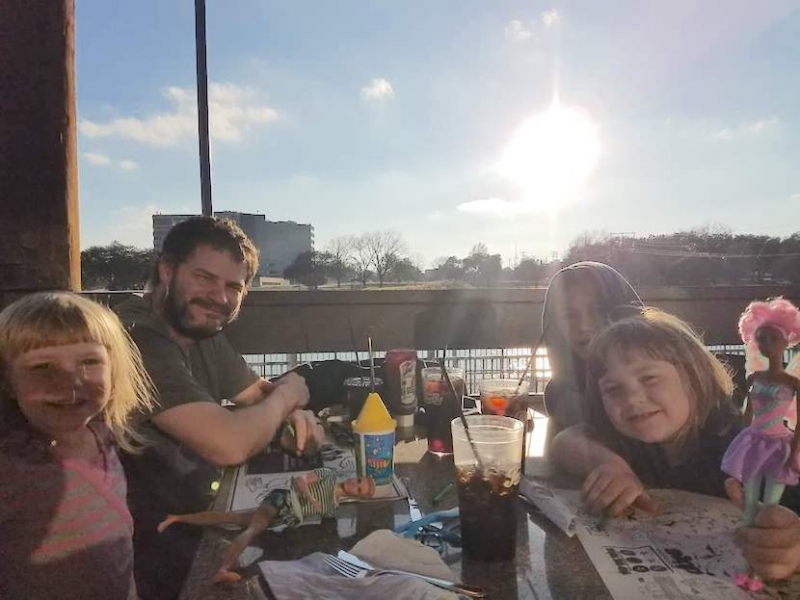 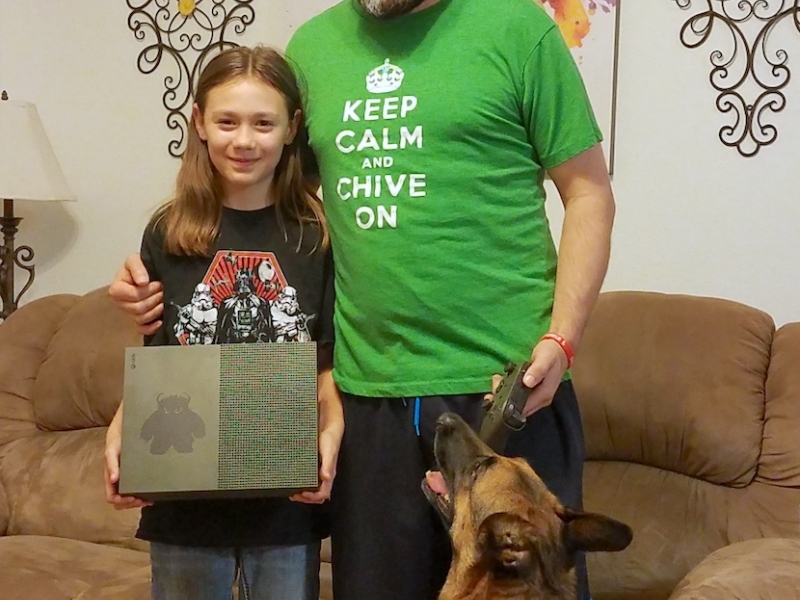