How a life-changing grant became a life-giving gift

Life has a way of throwing us curveballs. There can be beauty in the unpredictability, of not knowing what tomorrow will bring. Of course, there can be heartache too. Peaks and valleys. Ebb and flow. The good news is that even the hard times can reveal something good. Optimism, faith, determination, and an understanding that a new day is coming, and with it – hope. A chance for something better.

For Eason’s family, the unknown is the norm.

His parents, Lacey and Justin, tried for the better part of a year to conceive him. Finally, joyously, they learned that the second of their three children was on the way, the first and only boy. All seemed well until their 16-week appointment when Lacey discovered that she did not have sufficient amniotic fluid and that Eason would undoubtedly arrive sooner than his expected due date. It wasn’t really a matter of if, but when. Unpredictable.

On November 20, 2016, at just 34 weeks gestation and a few days shy of Thanksgiving, Lacey delivered a 3 pound, 5-ounce baby boy: Eason. Unbeknownst to them, it would be the first of many holidays spent in the hospital. From his birth until the first week of January, Eason was in the Neonatal Intensive Care Unit (NICU), receiving oxygen treatments and struggling to eat. His doctors were puzzled by his delayed growth and his disinterest in feeding. 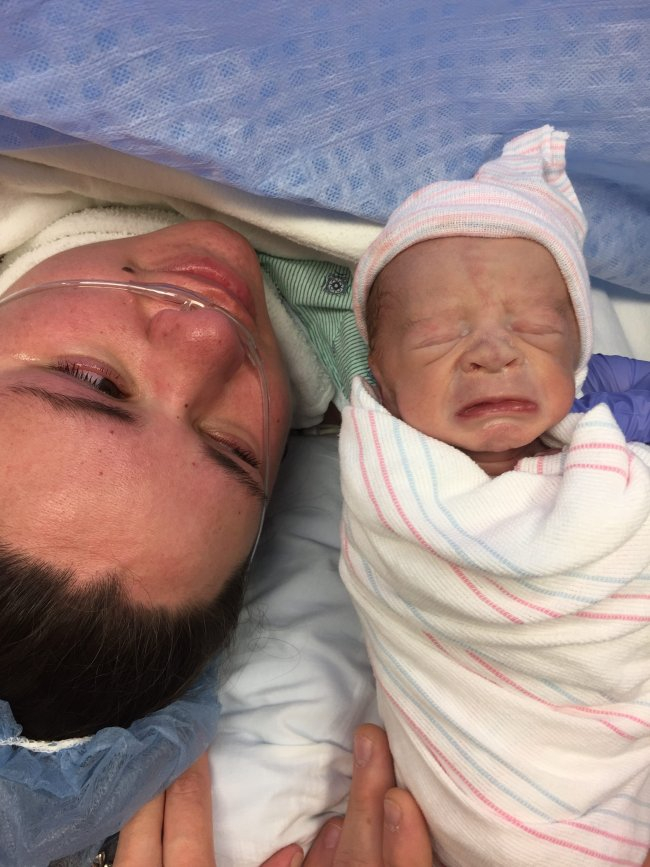 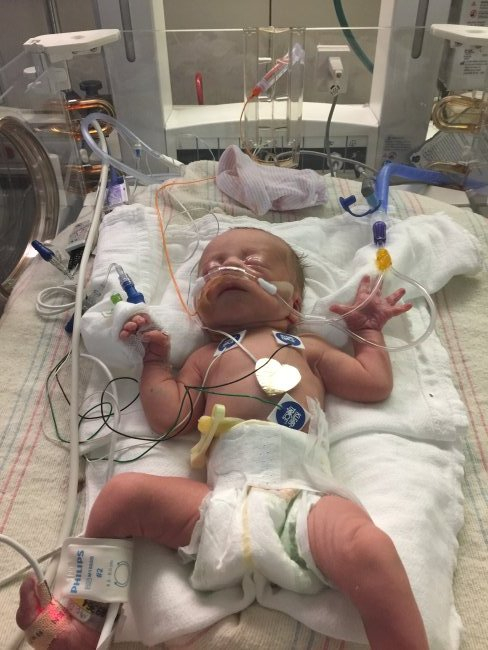 “During his NICU stay, we struggled to get Eason to wake up and eat,” Lacey said. “He would just lay in the crib on oxygen, lifeless.” 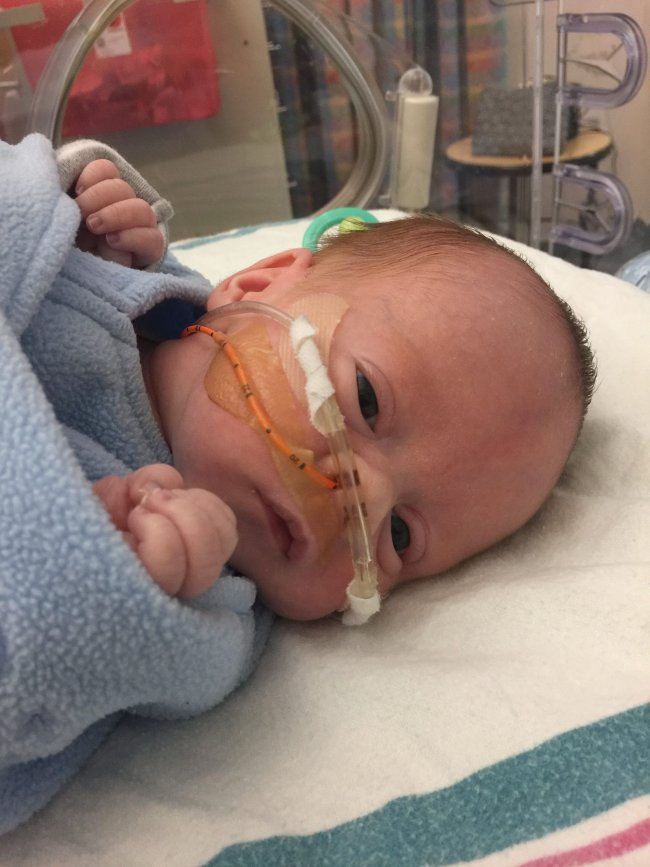 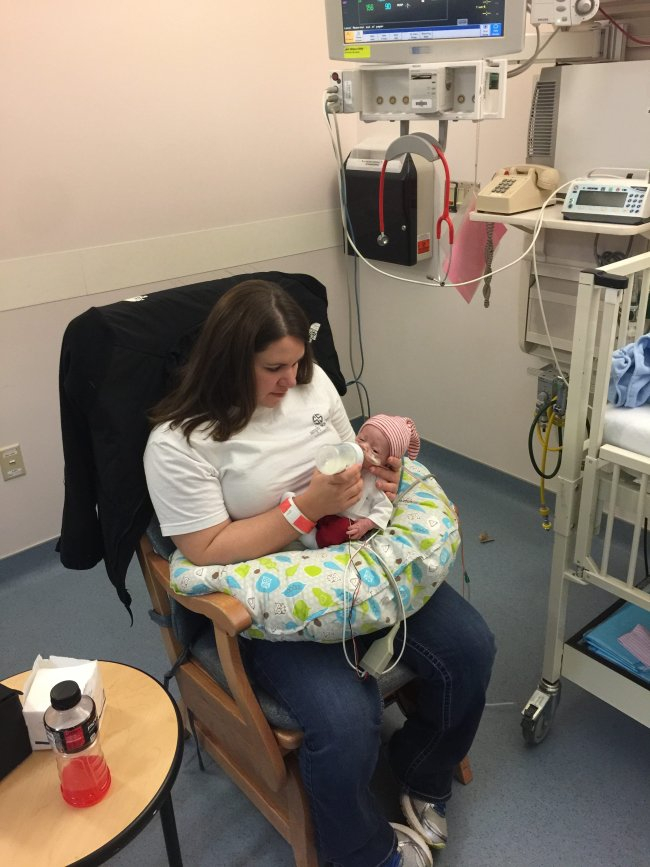 They consulted with numerous specialists from neuromuscular to genetics and underwent various tests that yielded normal results. Everyone was stumped. Eventually, Eason began to eat more and was weaned from oxygen, leading to his release from the hospital on January 7, 2017 – 48 days after his birth. Peaks and valleys, ebb and flow. 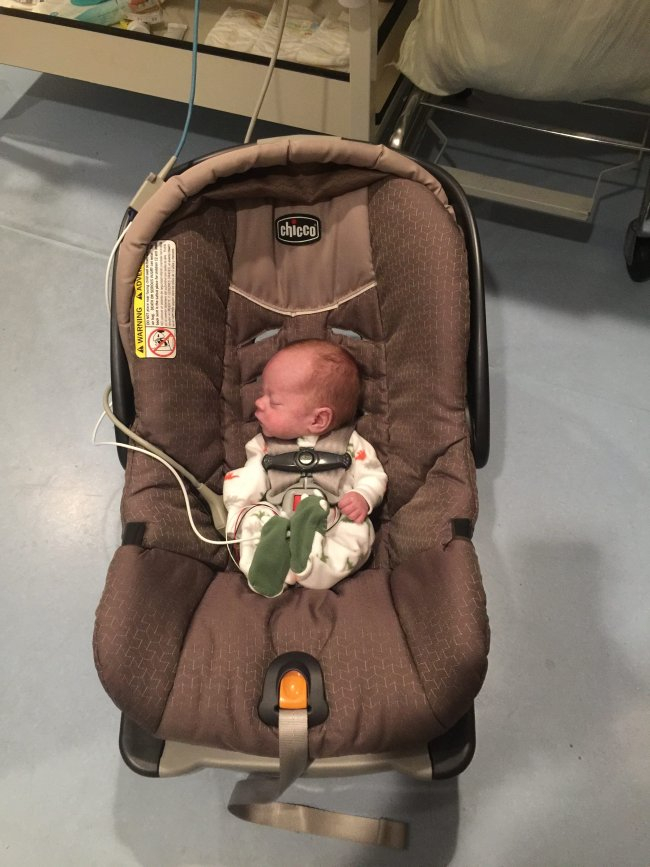 Eason was home with his family for eight weeks before the hard times snuck in again. Even with close monitoring of his health and growth, he was failing to thrive. What little he ate was vomited back up again, and he couldn’t seem to gain any traction. 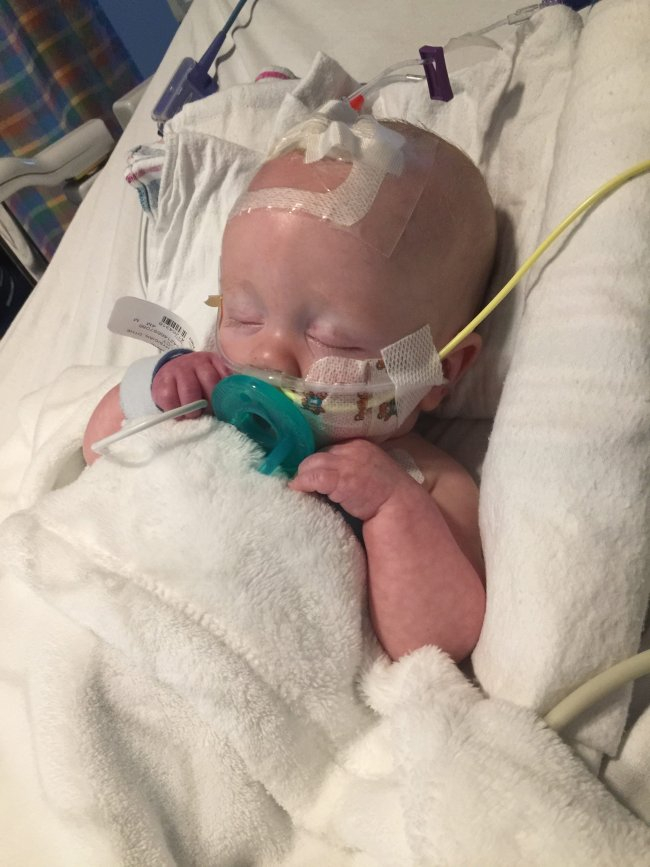 Eason and his family would spend the next six months chasing after answers. A permanent feeding tube was placed. Nearly six more months went by. They were filled with tests, appointments, and gastrointestinal sub-specialty consultations. Finally, in November 2018, Eason’s pediatric neuro-gastroenterologist confirmed a diagnosis: neurogenic small bowel dysmotility.

While the family was devastated to learn of his condition, they were also grateful to have answers and took comfort in knowing what they faced. Again, they found good amongst the bad. 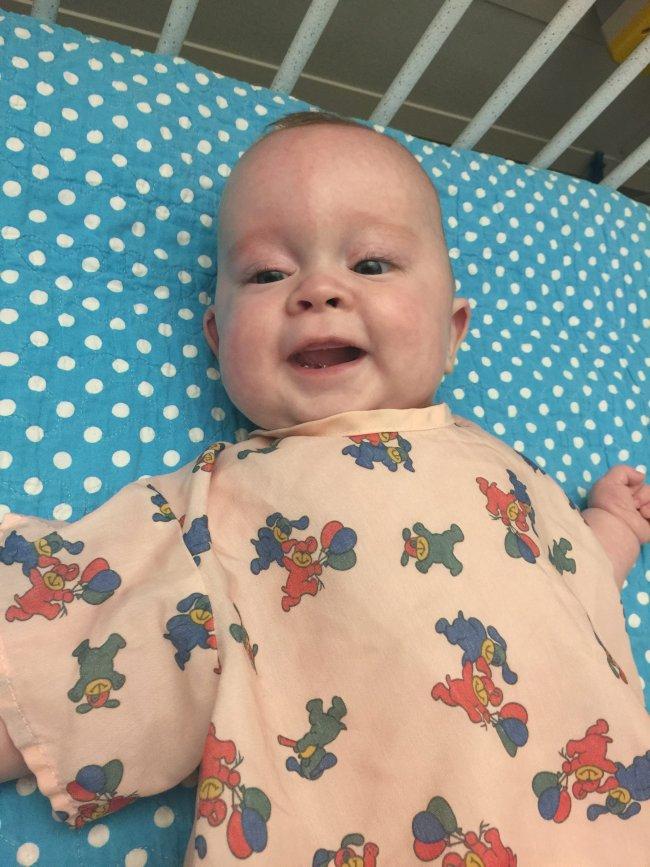 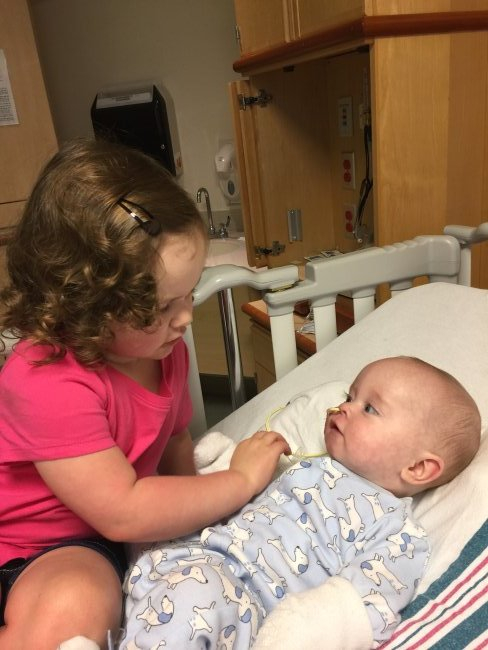 Eason spent a lot of time with his physical therapist, working to overcome motor delays, low muscle tone, and the constant hindrance of his feeding pump and pole. 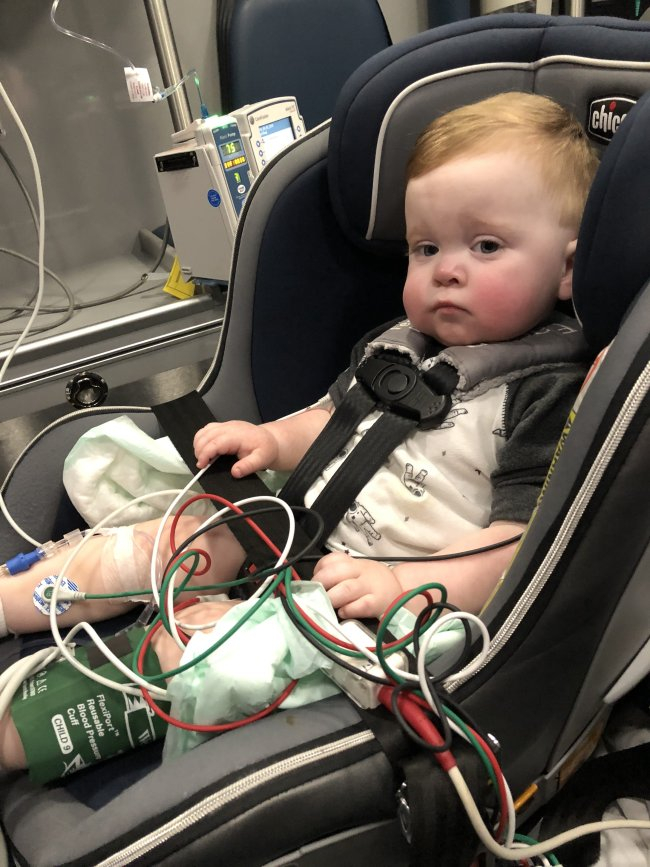 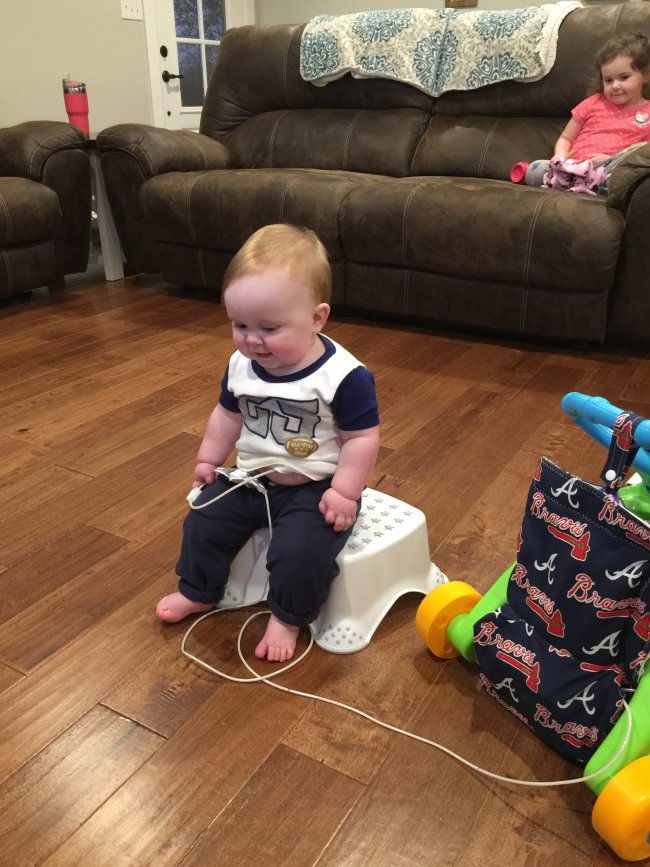 As he approached his third birthday, Eason continued to exhibit significant delays and eventually tested positive for Autism Spectrum Disorder.

What’s amazing is that despite all he’s been through, Eason loves all the things you would expect from a 3-year-old boy. He constantly plays with his two sisters, Jacie Grace and Josie – and likely gets fairly annoyed with them as brothers and sisters tend to do. He watches Mickey Mouse Clubhouse, plays tee-ball, and feels his happiest when he’s riding on the tractor with his dad. 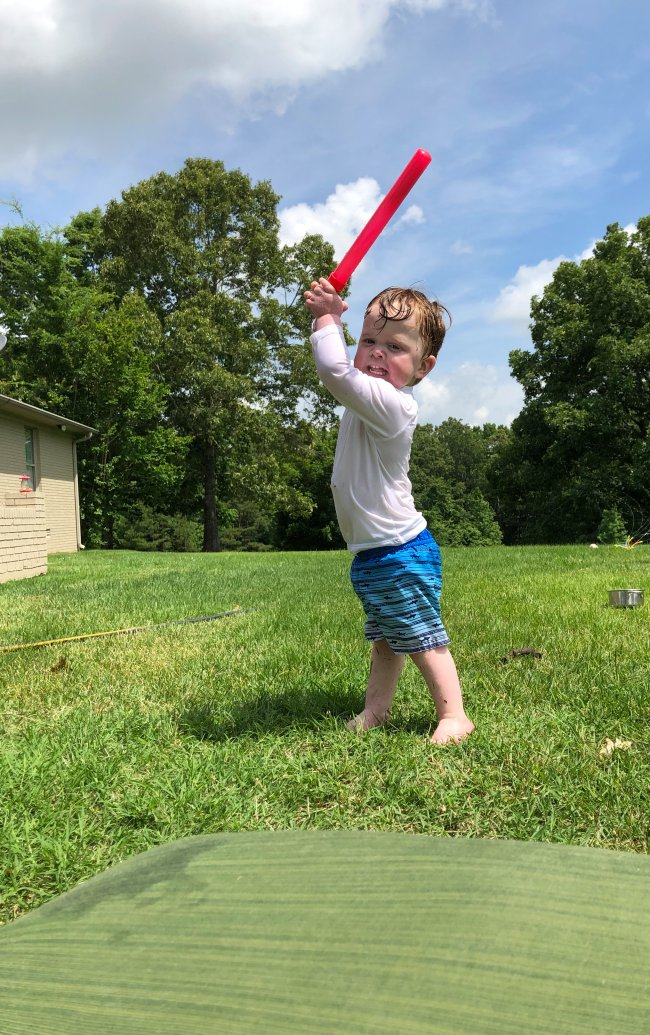 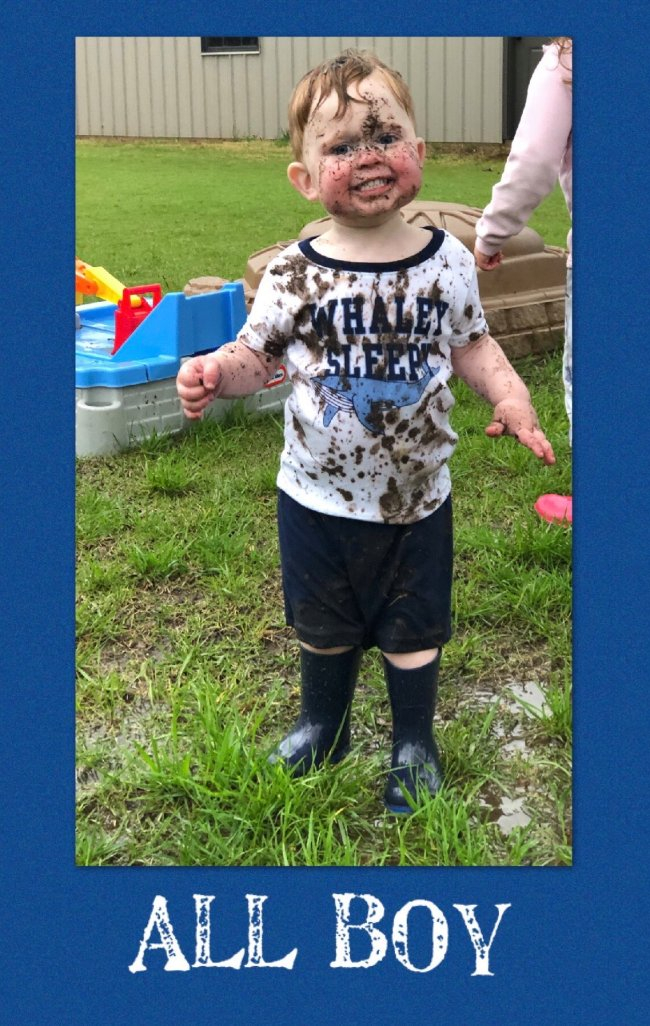 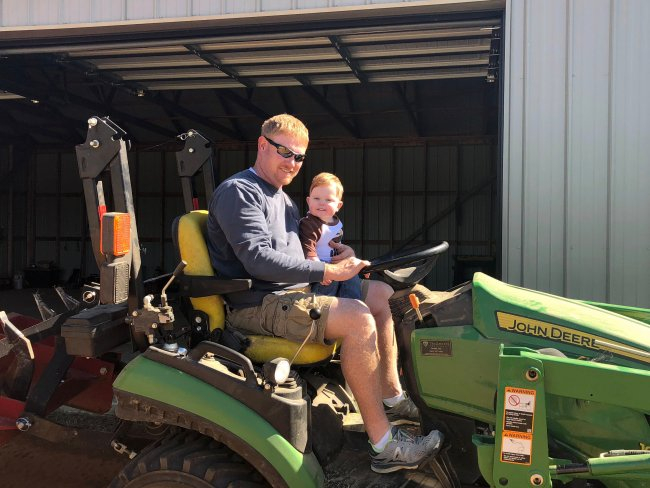 However, because of his level 3 autism, Eason requires one-on-one support and constant supervision. He’s prone to eloping, which essentially means he frequently runs away and is unaware of danger.

Doctors also believe Eason has a rare genetic disorder (yet to be named) that is the underlying cause of his numerous medical conditions. They’re currently awaiting the results of the second round of genetic testing. 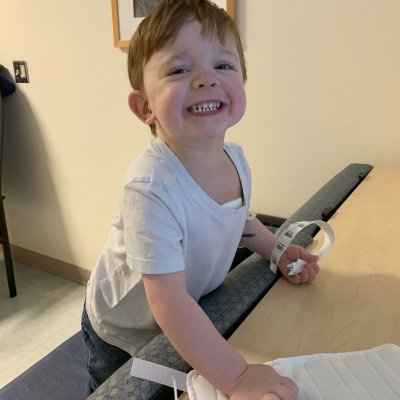 More of the unknown. More of the unpredictable. More curveballs. But, a new day was on the horizon, and they stood behind him as a supportive family yet again. 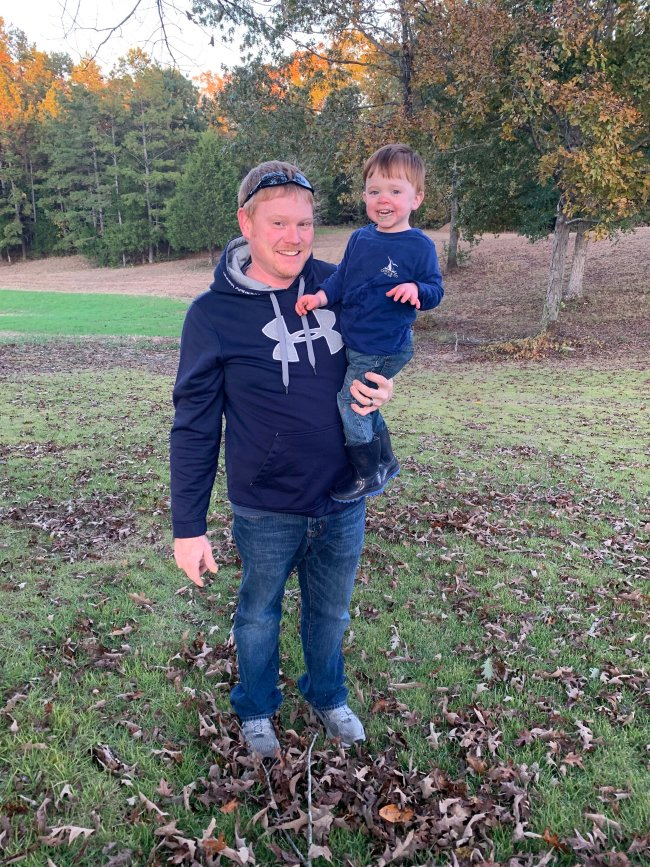 Now, our Chive Charities family is standing with them, too.

Eason did not request a flashy grant item. It doesn’t have the wow factor that we see with wheelchair-accessible vans, off-road vehicles, or hyperbaric chambers, though we love those items, too. What it does have is the life-transformation factor. Just the thought of that gives us chills. Life transforming!

With your support, Eason and his family received a grant for $6,215 for a brand new backyard fence from Jackson Fence Co. The gift of this grant item allows him to experience life outdoors like a typical child, free from constant redirection from his parents and without fear for his safety and well-being. 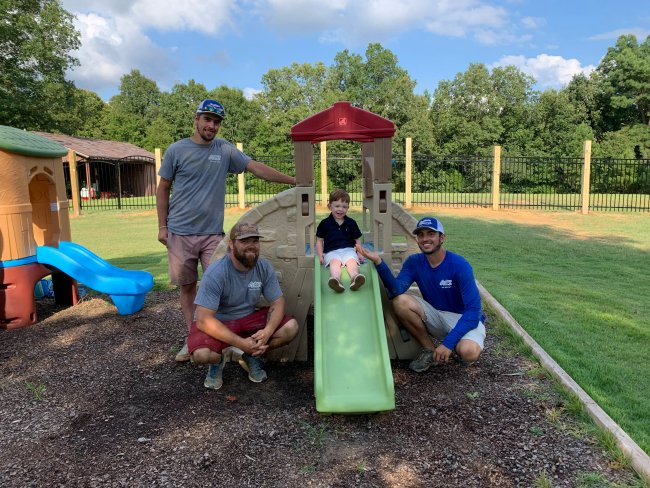 “At present, Eason is only able to spend a limited amount of time outdoors, as there are no barriers to keep him in a defined area,” Lacey said. “As a result, his frustration mounts since he loves to be outside and doesn’t understand why he can’t go out to play. With the fence, Eason will be able to roam freely in his backyard without constant redirection from us. The fence would offer Eason a vital tool that will help him reach his motor and developmental goals.”

We take a lot of things for granted in our lives: our health, our independence, our freedom. It’s only when we’re faced with a new hurdle or challenge that we truly value what we have. For Eason’s family, playing safely outdoors together was nearly impossible – until our donors gifted them with a fence. Now, something that seemed so commonplace and perhaps even trivial became a gift that changed their lives. Eating dinner together outside. Playing with his sisters on their playset. Running and baseball and tractor rides. Simple things we all take for granted. 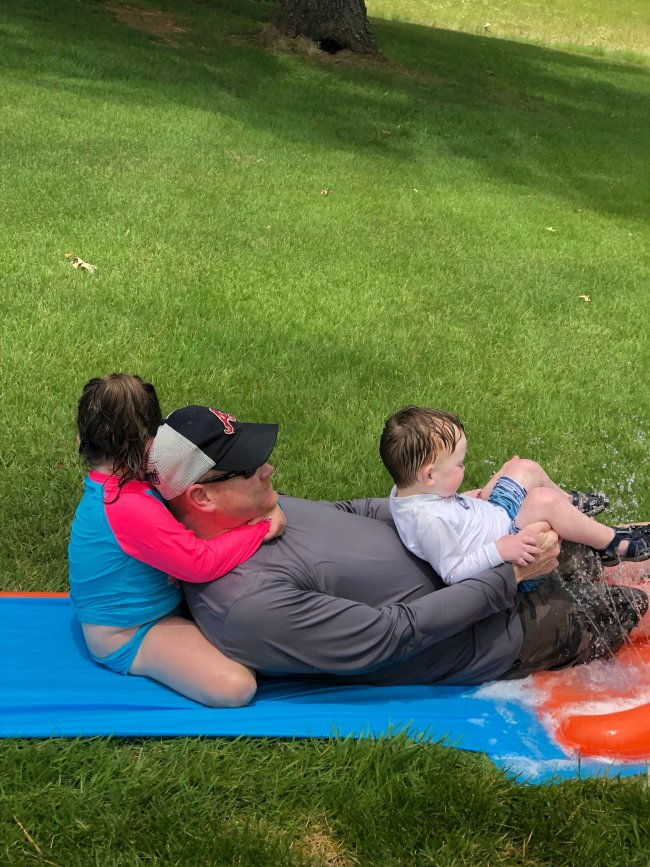 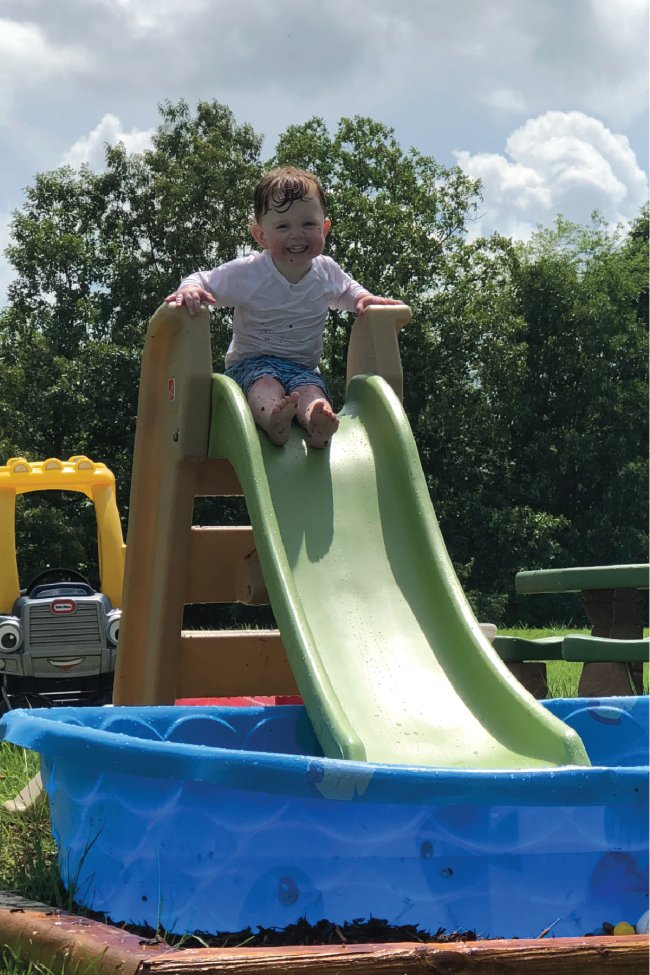 That’s the power of hope, of looking for light amongst the darkness.

We know that just like with Eason’s new fence, a little can do a lot. As Lacey said, it’s the gift of grant items that aren’t just life-changing, they’re life-giving. At Chive Charities, every dollar counts toward making a difference in the lives of others. When you sign up as a monthly donor, those dollars add up to grant items that transform lives. BECOME A MONTHLY DONOR and join us in providing more life-giving grants to our superhero recipients. DONATE HERE.