Mick responds with strength to his sudden and rare diagnosis

Mick responds with strength to his sudden and rare diagnosis

Mick has a neuromuscular disease that now prevents him from accomplishing simple physical tasks like rolling over. That wasn’t always the case, though. Less than a decade prior, no one saw anything like this coming.

Cathy and Michael Smith’s initial excitement wore off quickly as the reality of raising triplets soon set in. Mick, Jack, and Grace were three newborns in need of constant attention, but at least they were healthy.

Cathy noticed Mick was always a step or two behind his siblings. Jack and Grace crawled on their hands and knees while Mick struggled to army crawl. Mick didn’t take his first steps until after his second birthday and they noticed his speech was far behind as well.

Around age 5, Mick started to catch up. Michael and Cathy enrolled Mick in Early Childhood Intervention (ECI) where he began to make impressive strides forward. Mick was able to walk, run, brush his teeth and hit a wiffleball off a tee. Mick was even learning to jump up and down. For the first time, things were looking up.

There isn’t a medical term for what happened next. Michael and Cathy refer to it as “The Slide”. “The Slide” is a nearly unexplainable physical and mental regression. Mick’s brushes with “The Slide” read like the Cliff’s notes version of a Stephen King trilogy.

The Slide I (2007): Age 5, Mick comes down with a common cold that takes months to recover from. Mick’s gross motor skills deteriorate rapidly. He begins to fall down frequently for no reason. Mick starts having daily seizures. Specialists can’t explain Mick’s condition.

The Slide II (2009): Age 7, Michael finds Mick lying on the floor staring into space, unresponsive. Mick is rushed to the hospital for a 2-week stay on what could only be diagnosed as a sinus infection. Mick’s seizures become more violent. Mick’s motor skills deteriorate to the point where he has trouble walking. He’s fitted for a temporary wheelchair. The Smith’s are desperate for some answers.

He teaches people every day about compassion, empathy and taking time to enjoy the simple things in life. He makes the world a better place.

It was always the same story. The slides were brought on by simple viral infections. Mick would deteriorate rapidly, then make slow improvements until his next slide. After which he would never get back to where he was prior to the slide.

After years of searching for answers, MRI’s, countless needles and endless tests, the Smiths finally got some answers. The doctor explained that Mick’s condition is metabolic in nature – Mick’s body will not transport necessary amino acids to his brain. In short, Mick’s brain is starving.

Since saving his brother’s life, Jack has had anxiety and sleep issues. He sometimes sneaks into bed with Mick to assure himself his brother is still breathing. The attention that Mick requires has made it impossible for any of his siblings to live a “normal” childhood. On the phone, Cathy choked up as she explained how wonderful the other children are, “they don’t know how to ride a bike, but they can vent a g-tube, operate a feed pump and set up a BiPAP machine.”

Once again, things are looking up thanks to theCHIVE community. Because of your generous donations to the Chive Fund, the Smith’s are getting some much needed help in the form of a $55,000 grant from Chive Charities for a 2014 Toyota Sienna ADA accessible van.

Currently, Cathy and the other triplets have to lift Mick into the van and they always run the risk of dropping him. They also need to remove a row of seats to accommodate Mick’s wheelchair. With the new ADA accessible van the Chivers are providing the Smith family, they can now travel safely as a family.

People always tell me they love reading Chive Charities’ stories not only for their inspirational value but because they remind us that our daily obstacles pale in comparison to what some families deal with. Cathy Smith realizes what a tremendous gift Mick has been. He is doing an amazing job of defying his own limitations. “Mick’s smile and laugh are infectious,” she explains. “He may not be able to speak like you and I anymore, but he is communicating and teaching. He teaches people every day about compassion, empathy and taking time to enjoy the simple things in life. He makes the world a better place.” 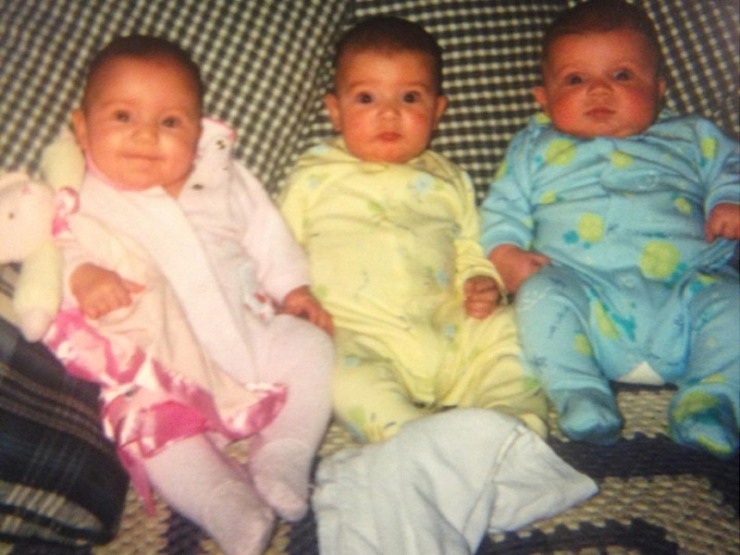 Meet the triplets! From left: Grace, Mick, and Jack. 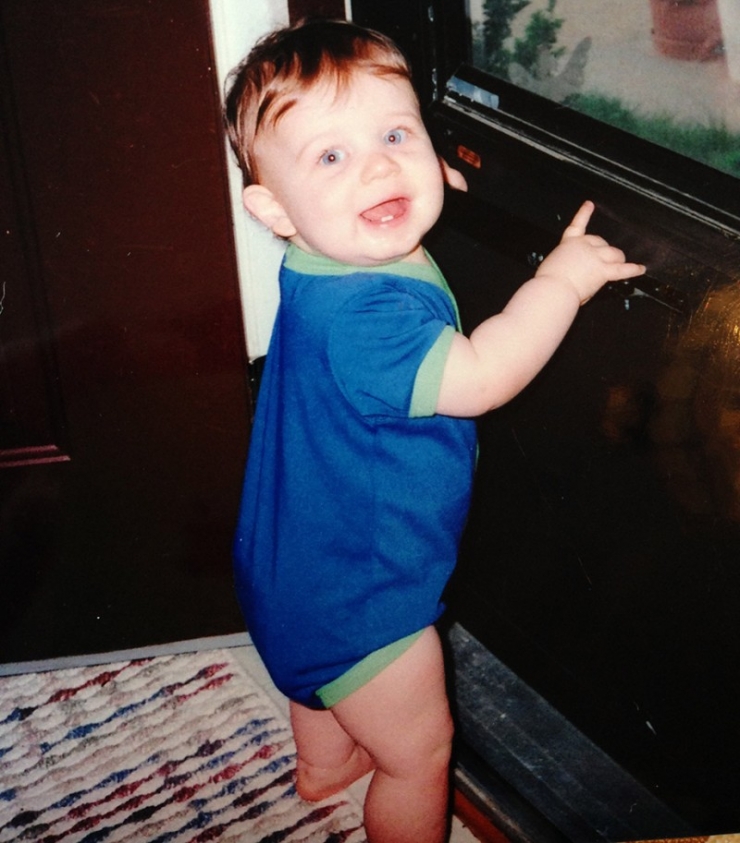 As a baby, Mick was delayed to hit his milestones but he was eventually able to crawl, walk and run. 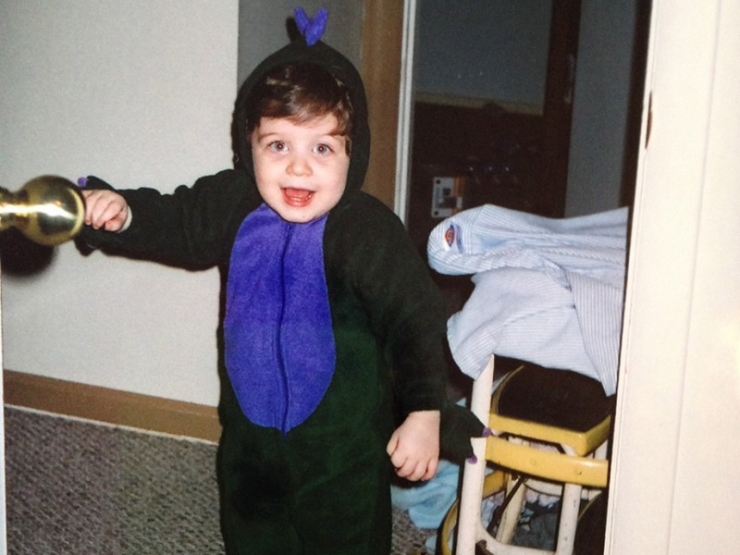 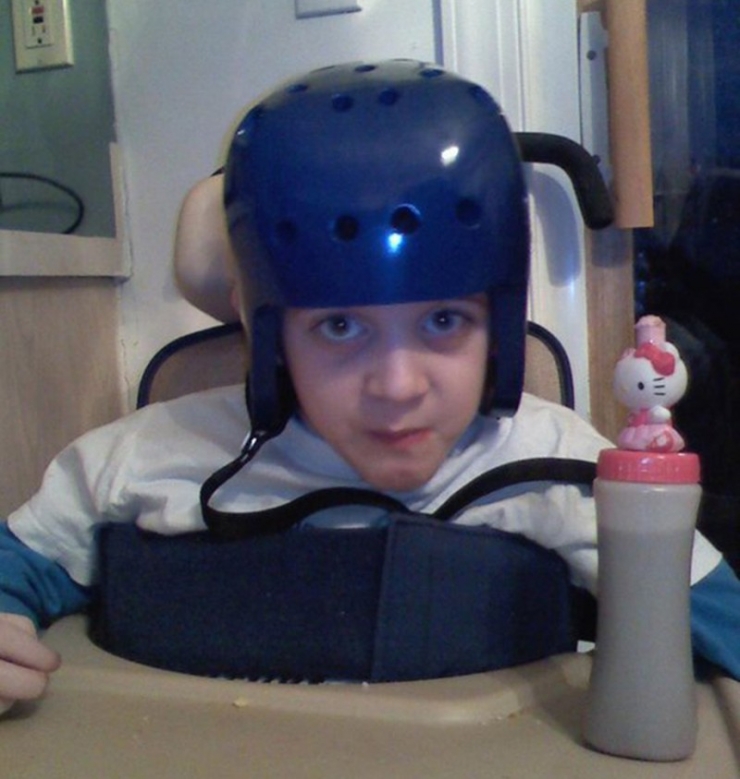 After MIck’s first slide he had to wear a protective helmet due to him constantly falling. 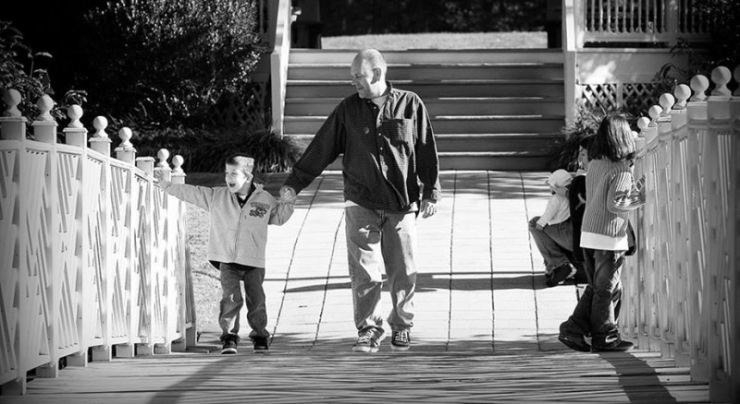 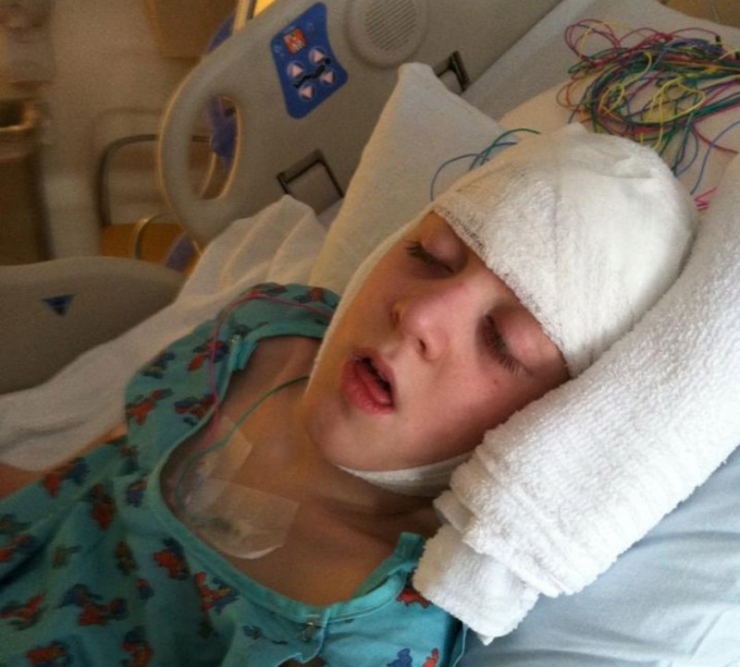 The second slide started when Mick was found unresponsive on the floor. He was kept at the hospital to monitor his seizures. 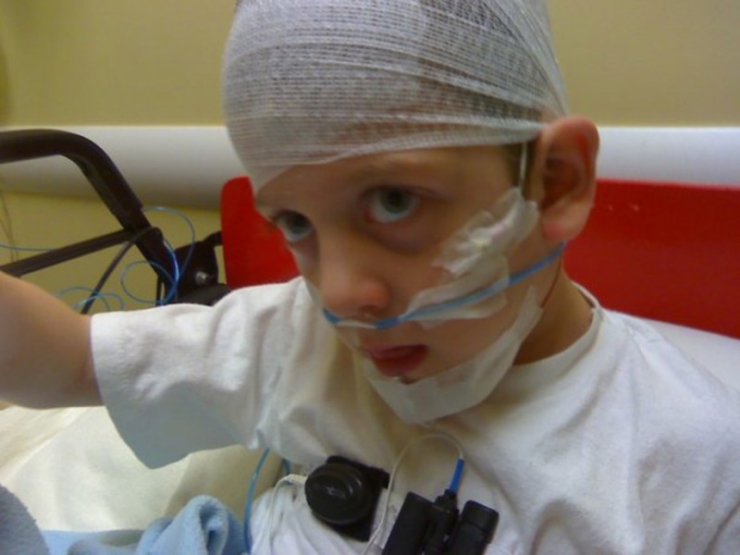 After Mick’s second and third slides, his seizures started spiraling out of control. 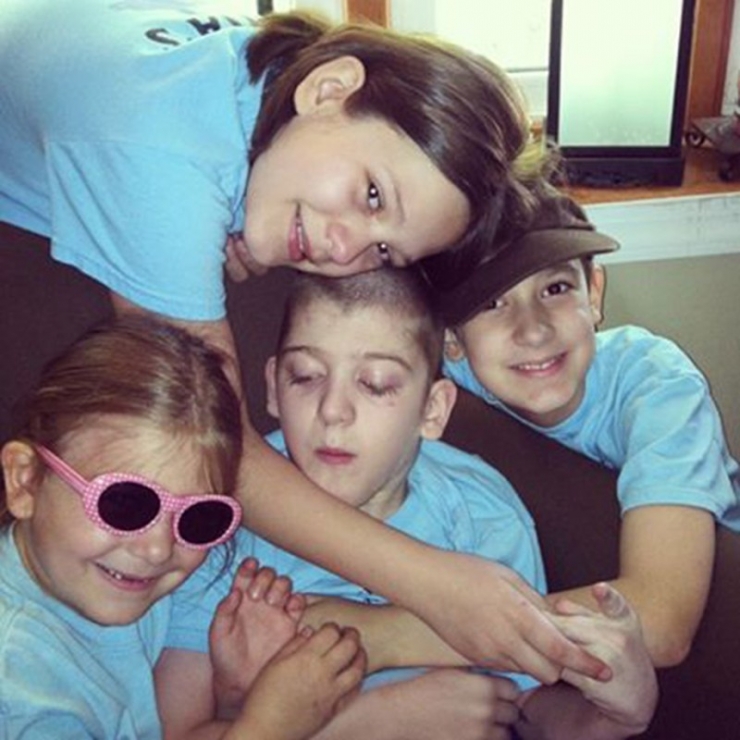 No matter what, Mick's siblings are always there to take care of him. 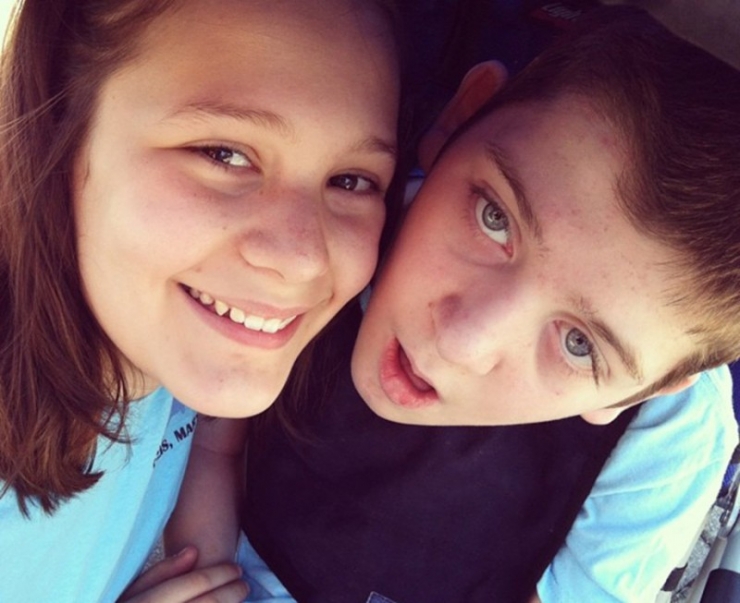 The family calls Grace "Mick Magic." When he is in one of his moods... she is the only person that can soothe him. 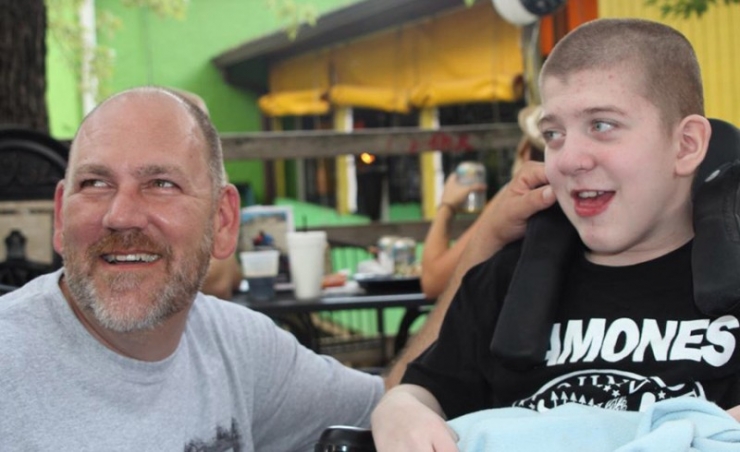 Mick is a big fan of music. His father, Michael, is a musician. Every morning he will play the Ramones or the Misfits for him. If Mick hums along they know that he’s having a good day. 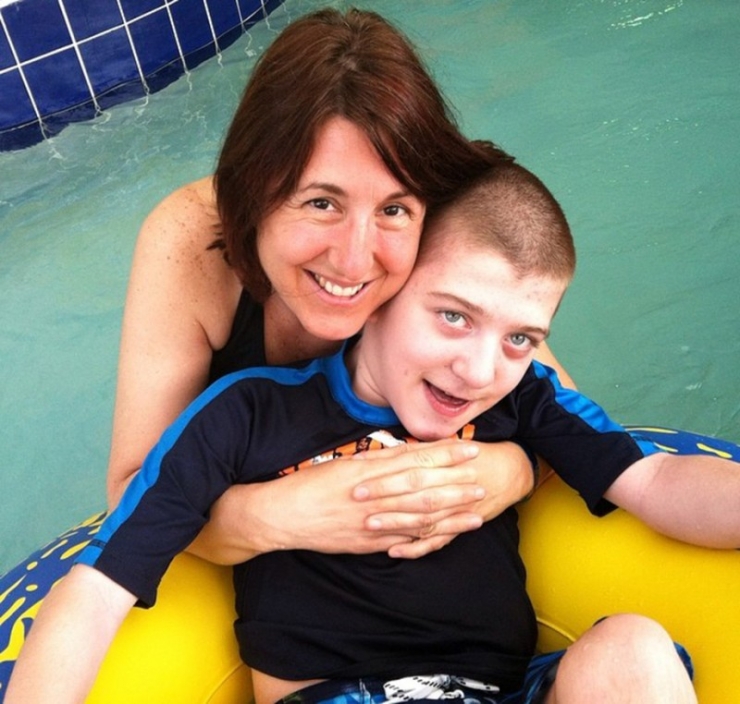 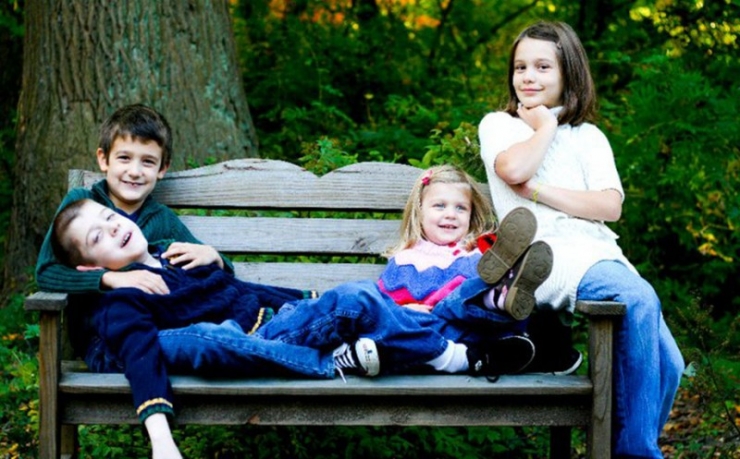 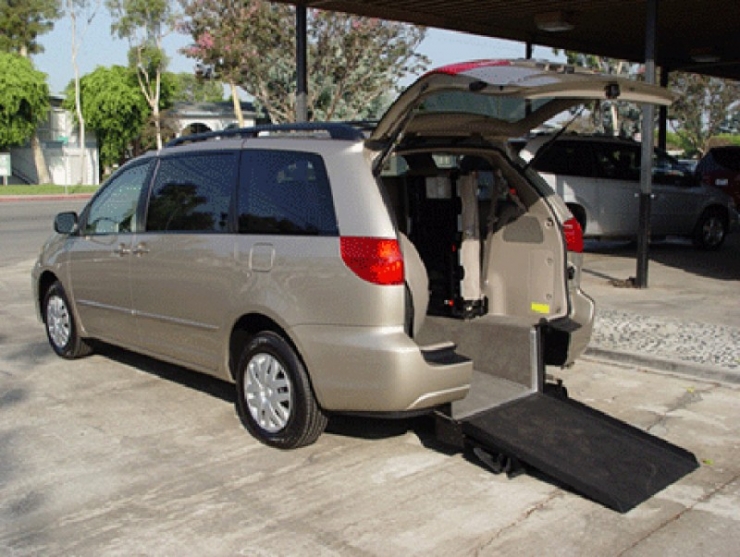 The van Chive Charities is purchasing for the Smiths will make traveling together as a family safe again. 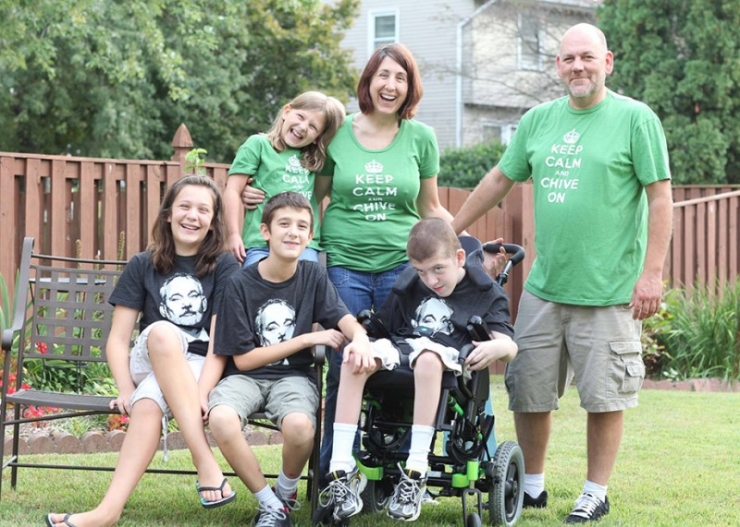 The Smiths still don’t have a diagnosis for Mick. However, with the help of their community they were able to raise enough money to undergo WES testing (Whole Exome Sequencing). They are hoping that a diagnosis may help raise awareness for both the WES testing and for Mick’s condition.

Even though they are going through tough times, the Smiths always keep a positive outlook. They told me the most amazing aspect of telling their story how their community has responded with such support. They haven’t met the Chive Community yet.  Chive Nation is notorious for being the most positive, generous and loving bunch of misfits out there. 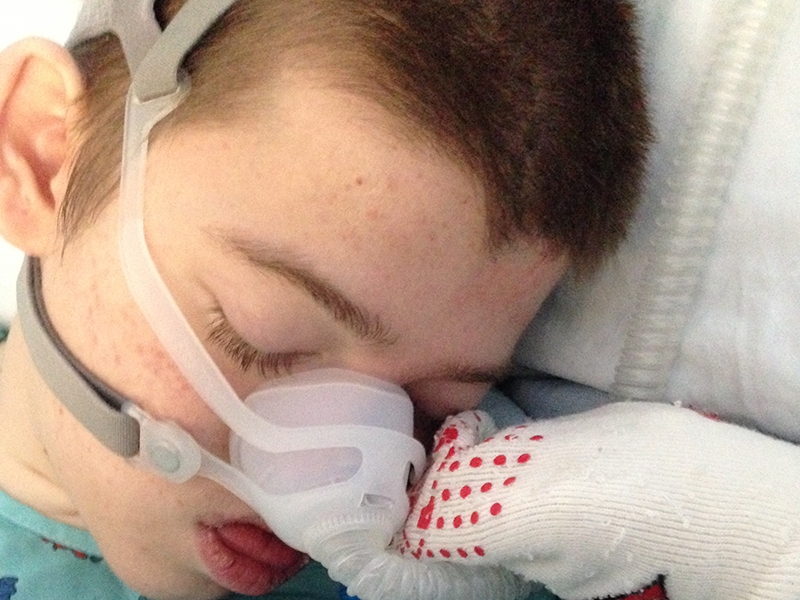 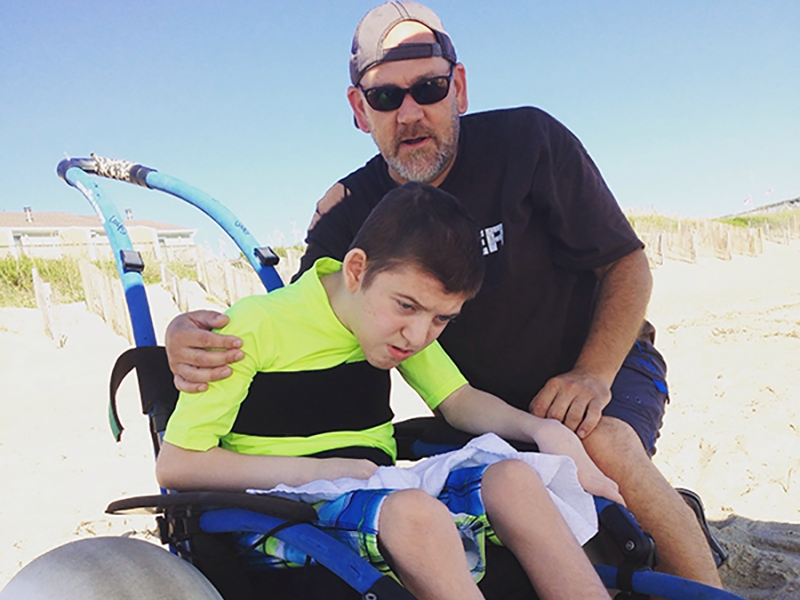 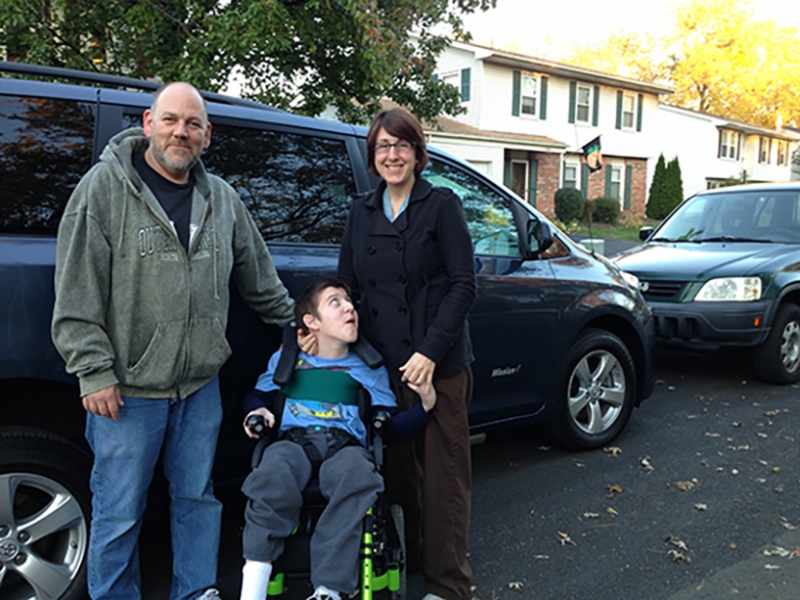