Somewhere between infancy and the emo teen years, your dad was your hero. There was nothing he couldn’t fix, no nugget of sports history he couldn’t instantly recall, and his steady stream of dad jokes were 100% hilarious. But one day, like a light left on when nobody’s in the room, the switch flipped and suddenly his puns were lame and his jorts completely mortifying.

If you were lucky, your dad worked himself into ironic hipster status as the years went by, but nothing compares to the glory days before his very act of breathing made you roll your eyes. 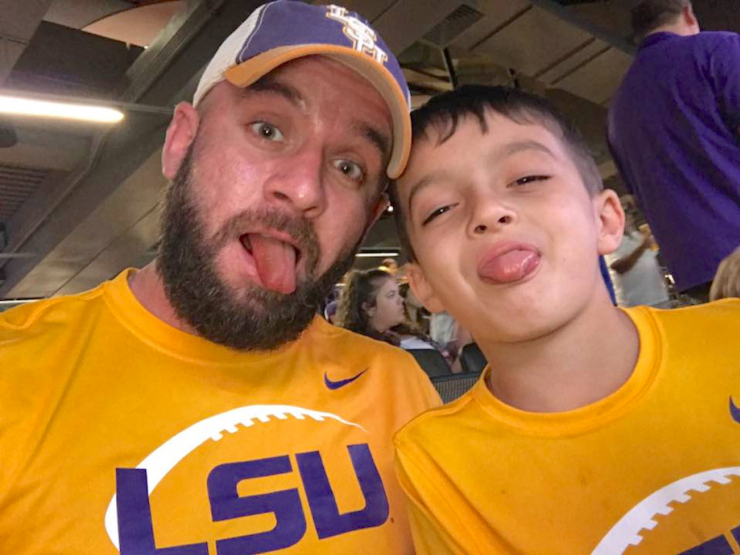 This is Izaak and his nine-year-old son Jacque. They’re in the sweet spot right now. Izaak shares custody with Jacque’s mom, but when it’s their time together, Izaak wants to make it count.

“He takes Jiu Jitsu Tuesdays and Thursdays after school,” he told me. “And he’s so good at it. I love watching him excel – he’s only been doing it a few months and he’s already crushing kids who’ve been at it a lot longer than he has,” he laughed.

“What are some other things you guys like to do?” I asked him. He paused for a moment, and I scrolled through the photos he’d sent. 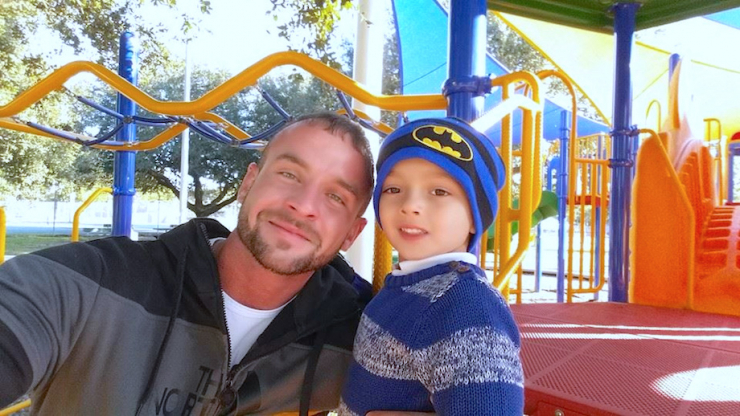 There were pics of the two of them doing all manner of fun things dads and sons do. 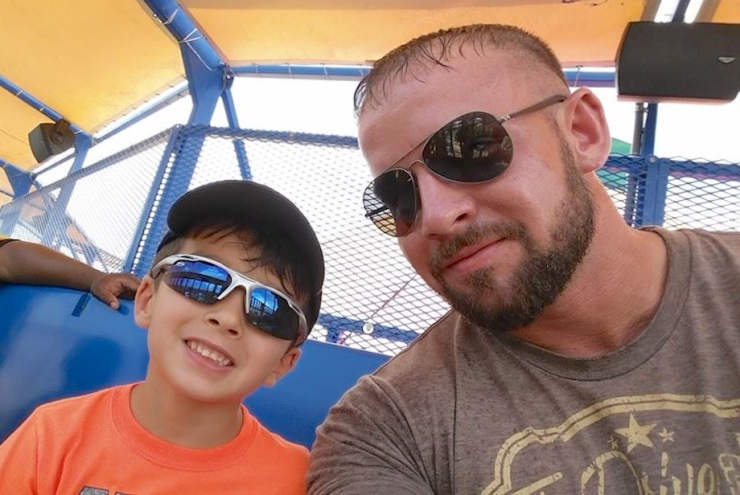 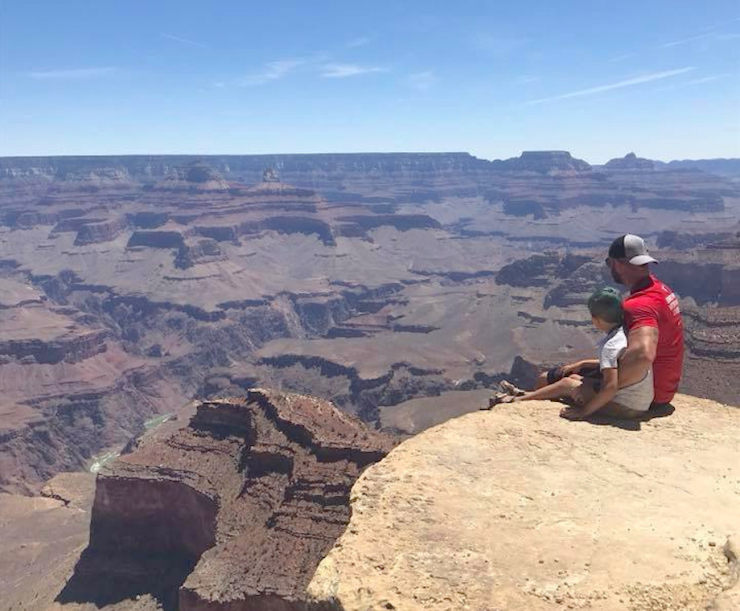 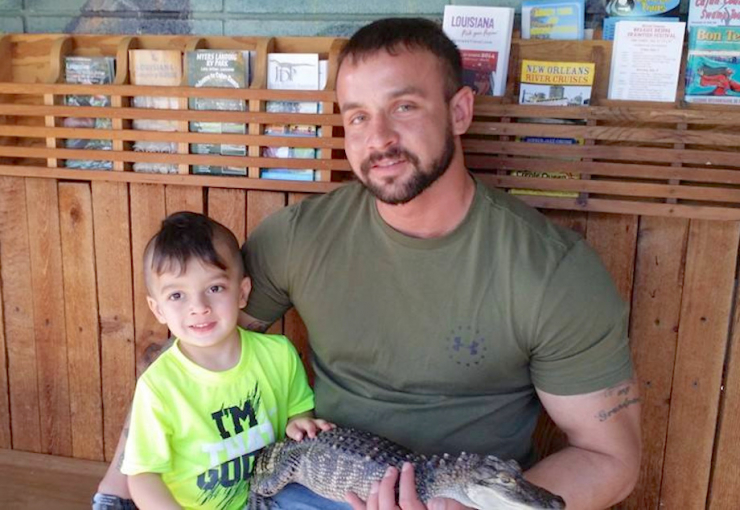 Including this insanity that surely made his mom crazy, but that’s neither here nor there. 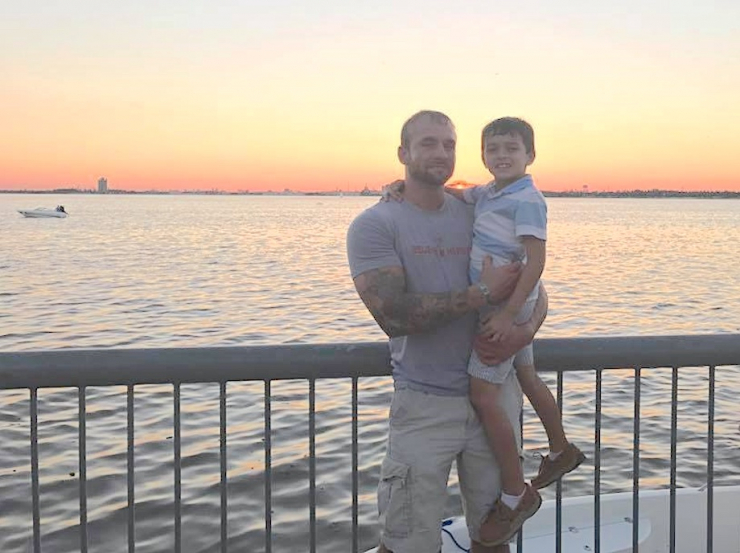 When I came to the end of the photos, I realized two things: that Izaak and Jacque were in the good place where sons think their dads hung the moon, and that time in that good place was quickly running out. 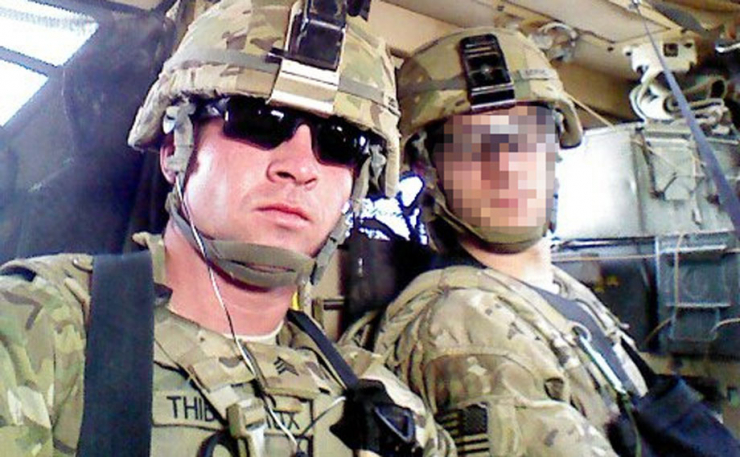 Izaak served eight years in the Army, first as a metal worker, then as a combat medic with the 173rd Airborne Brigade, and in July of 2012, he deployed to a remote combat outpost in Kherwar, Afghanistan. As the senior combat medic, Izaak accompanied his company on multiple missions every day, which almost always resulted in a firefight.

On July 27, a large-scale attack on the outpost severely wounded several men, and tragically, one of Izaak’s closest friends was killed. Two days later, he found himself in the middle of another intense battle, and this time, he, too, was injured. But Izaak was the medic, the one who took care of everyone’s injuries – there was no one there to help him. He treated his own wounds the best he could and was back to work in a few days. 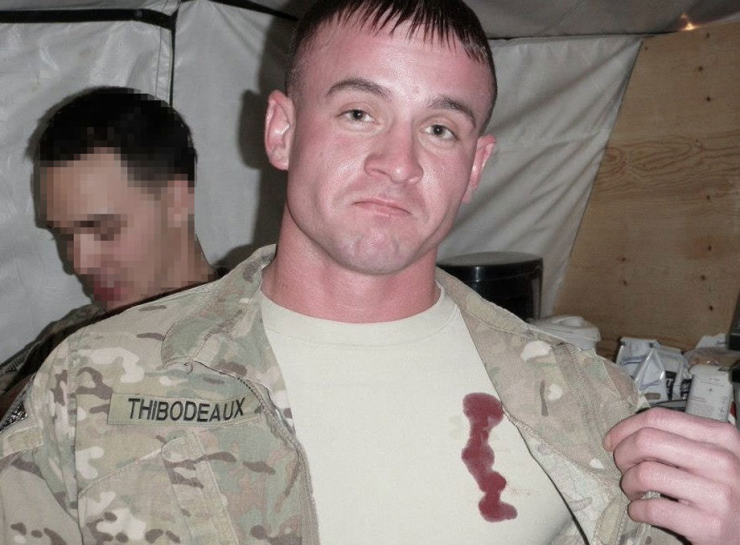 Over the next several months, Izaak endured multiple combat engagements that would forever change his life. When he was finally able to seek medical attention for the physical and mental wounds he sustained in Afghanistan, he was diagnosed with PTSD, TBI, post-traumatic syringomyelia, seizures, migraines, and chronic neck and back pain. But the bad news didn’t end there.

“When the neurologist explained what all that meant for my career, I was crushed,” he remembers. “I absolutely loved serving in the Army – I felt it was my calling in life.” 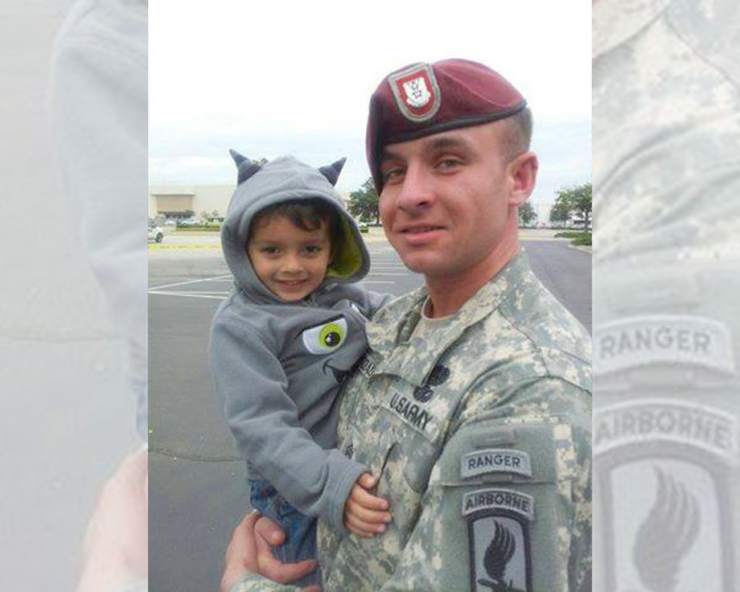 Izaak was medically retired in August of 2014 at just 27 years old, and while he was disappointed his military career was over, he was very much looking forward to time with his son. 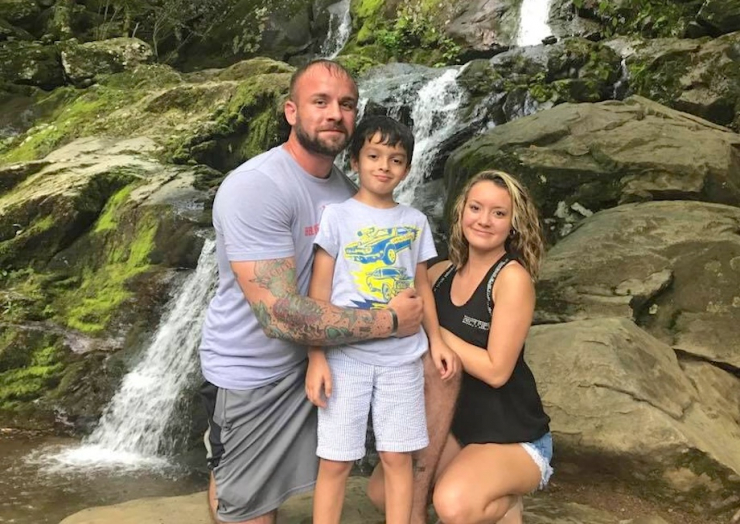 He met a girl (Marlena), got married, and tried to settle into civilian life. Only, it wasn’t that easy. It never is.

“Between PTSD, TBI, migraines, and the severe neck and back pain, my life has been completely flipped upside down,” Izaak said. “I have flashbacks, panic attacks, depression, insomnia, nightmares, and night terrors almost every day. My back pain is so severe, my wife had to quit her job to care for me full time. She helps me with pretty much everything – getting out of bed, in and out of the shower, walking down our front steps, driving me to the doctor multiple times a week…It makes me feel like a burden to my family.”

It’s a lot. And like many veterans, it’s a big departure from the independent life Izaak knew before. He can’t work, his home is badly in need of repairs he can’t do himself, and worst of all, he’s missing out on making memories with his son. 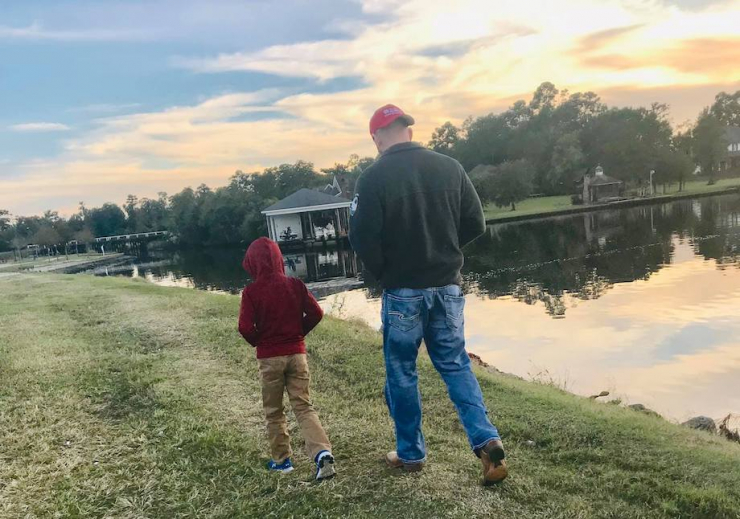 “I used to love snowboarding, skiing, any kind of outdoor sports. I always thought I would do those things with my son. But Jacque just wants me to ride bikes with him,” Izaak said quietly. “And I can’t even do that.” 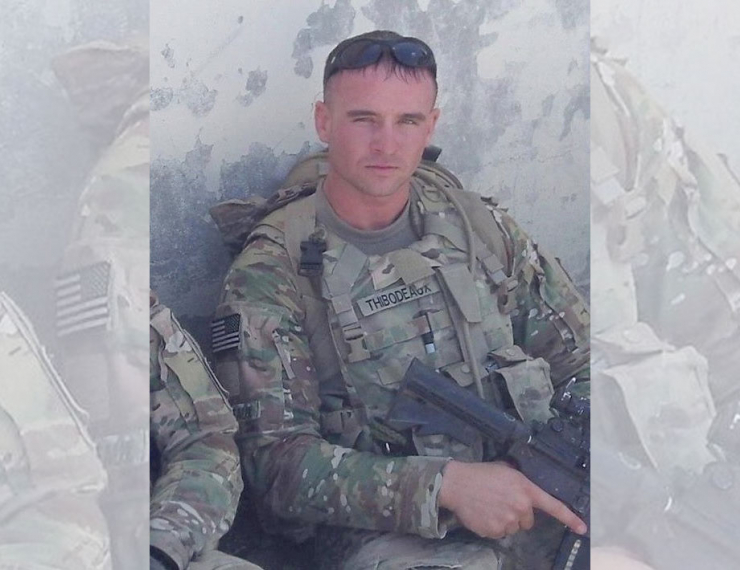 Look. You and I know Izaak is a hero. His bravery, selflessness, and compassion set him apart from a rather large percentage of the population, and he sacrificed far more for his country than most of us ever would. At the very least, we owe him our gratitude, and if we can do better than that, we should, right? 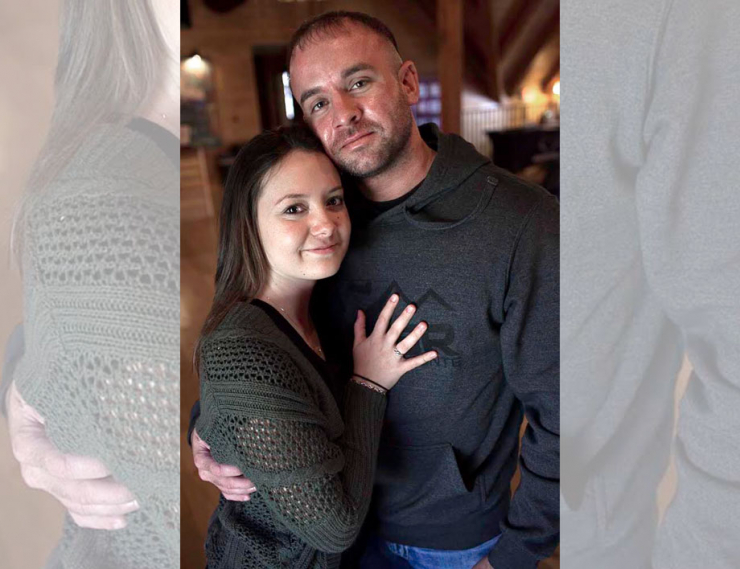 Chive Charities wanted to help Izaak regain his independence and make his home the safe and comfortable haven he deserves. We added new steps and handrails to make it easier for him to get in and out of his home; we replaced the cracked and leaking bathtub and added four air purifiers to help with excess moisture; and we purchased a recumbent bike so he can get outside, stay active, and most importantly, soak up those golden moments with his son. It was a grant for $7,000, and it was absolutely money well spent. 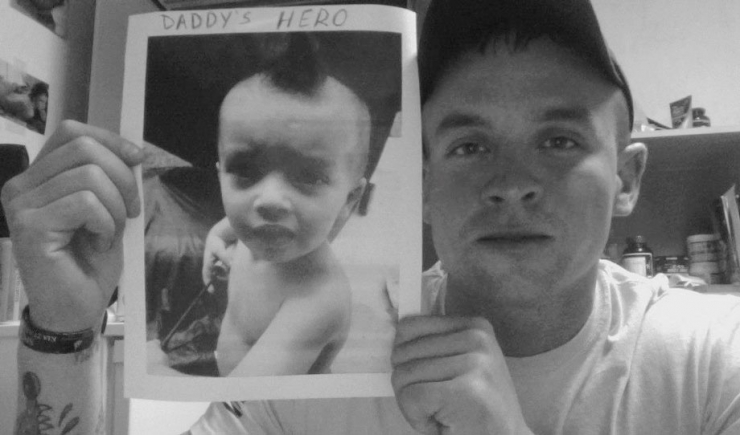 We can’t make up for everything Izaak lost fighting for our country, but we can help him stay a hero in his son’s eyes for just a little while longer, which is a pretty big deal. To give back to more deserving veterans like Izaak, become a Chive Charities monthly donor RIGHT HERE. 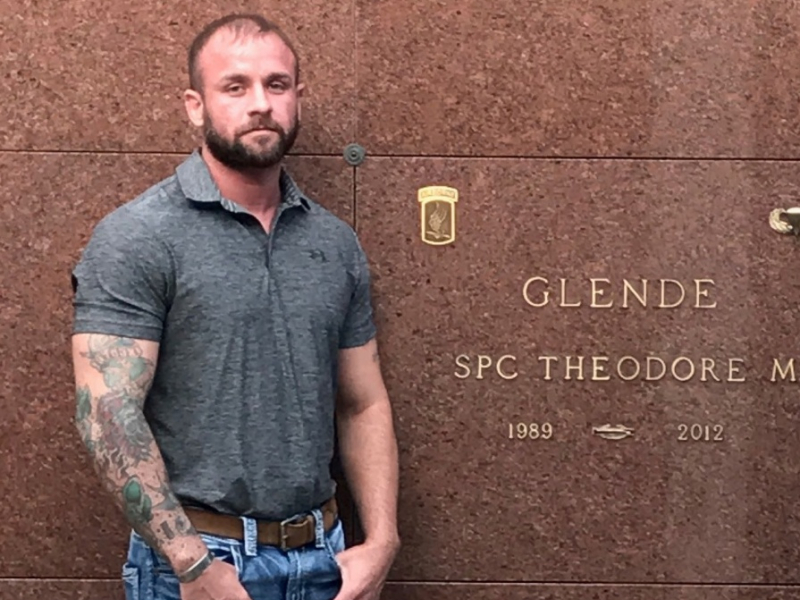