What it means to be in the mud

Once, after a particularly difficult time in my life, a friend pulled me into a hug, squeezed me tight, and said, “You have to embrace it - the good, the bad, and the ugly - and make something good out of it.”

At the time, I thought that a nice big glass of wine and a pint of Ben & Jerry’s Cherry Garcia ice cream sounded like a better idea, but the truth of her words still hit me like a pound of bricks.

I think of it now as being in the mud. If you’ve ever lost a loved one, struggled in a relationship, found yourself clinging on by a thread, or generally just not able to catch a break of any kind, you know what it’s like to be in the mud. 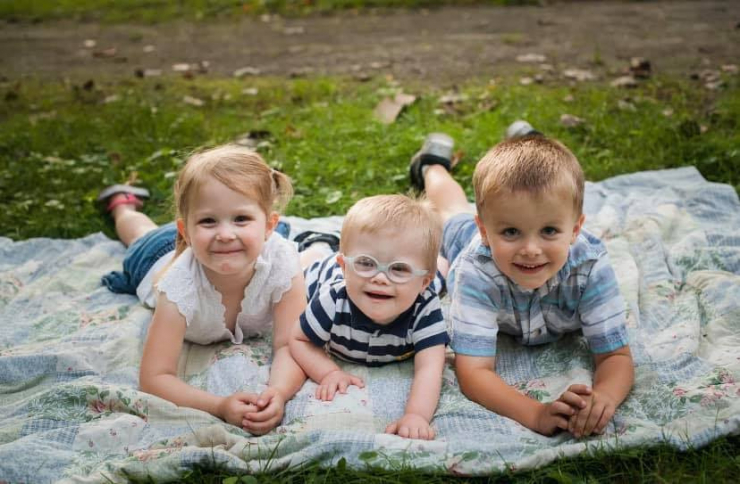 For some, it’s fleeting. A bad day or rough week here or there, but nothing that can’t be managed or overcome. Maybe you treat yourself to a night out with friends or stay in and binge-watch an entire Netflix series, but you do whatever works to clean yourself up and step forward into a new day.

For others, it seems enduring – a bad moment that becomes a bad experience that becomes a nightmare. As hard as you try to stand up and brush yourself off, you can’t get out of the mud. 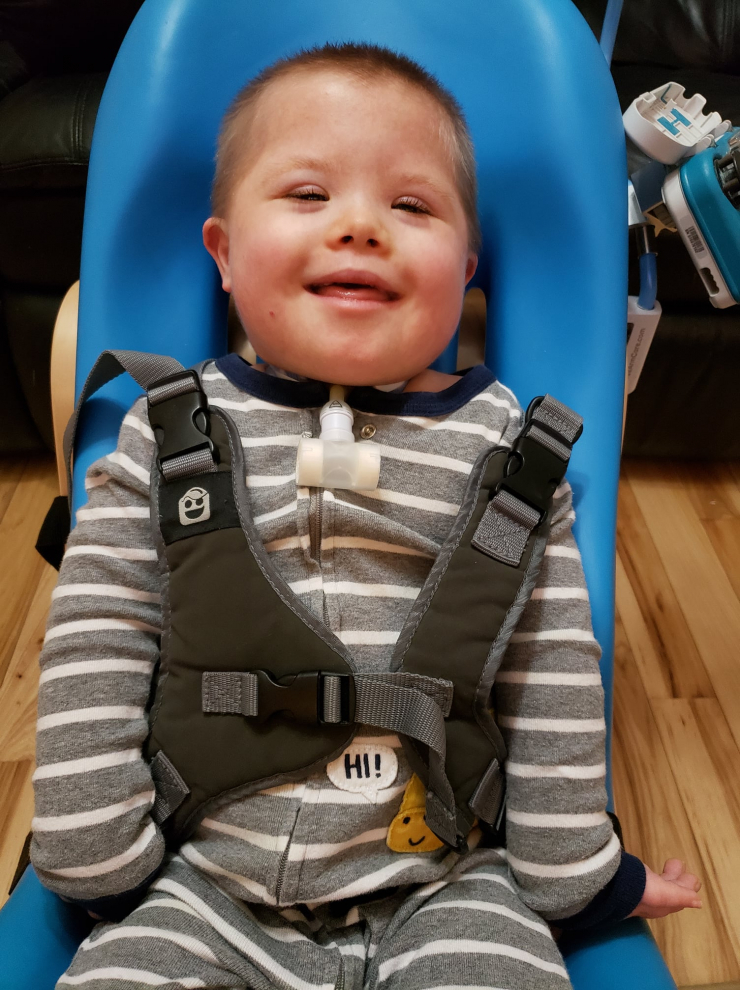 Before Daniel (Danny) was born, his family (and his doctors) suspected he had Down syndrome, a genetic disorder that occurs when abnormal cell division results in an extra full or partial copy of chromosome 21.

Their suspicion was correct, and Danny’s family welcomed their beautiful son into the world to a flurry of activity, including a NICU stay that kept him at the hospital for the first few weeks. It was tough, and there were definitely a few bad days, but as he grew, they were pleasantly surprised to see just how well he was doing. 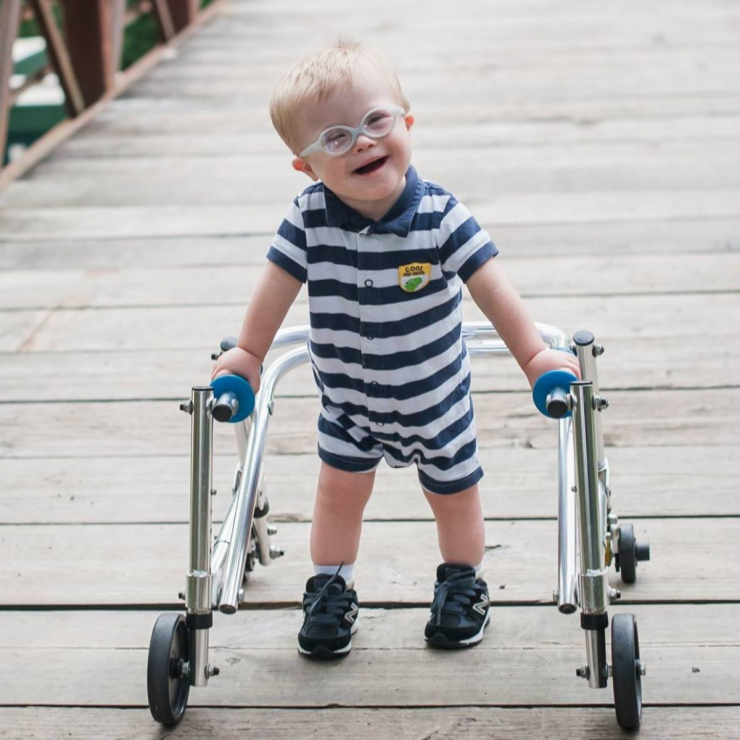 Danny was meeting milestones, albeit a bit slower than typical, but was walking with the help of a walker, eating independently, and talking and singing. He loved spending time with his siblings and was so quick to laugh, you couldn’t help but join him.

He even successfully navigated through two open-heart surgeries, continuously exuding the bright and joyous personality that endeared him to those lucky enough to know and love him. (About half of all infants born with Down syndrome have a heart condition, and Danny was one of them.) 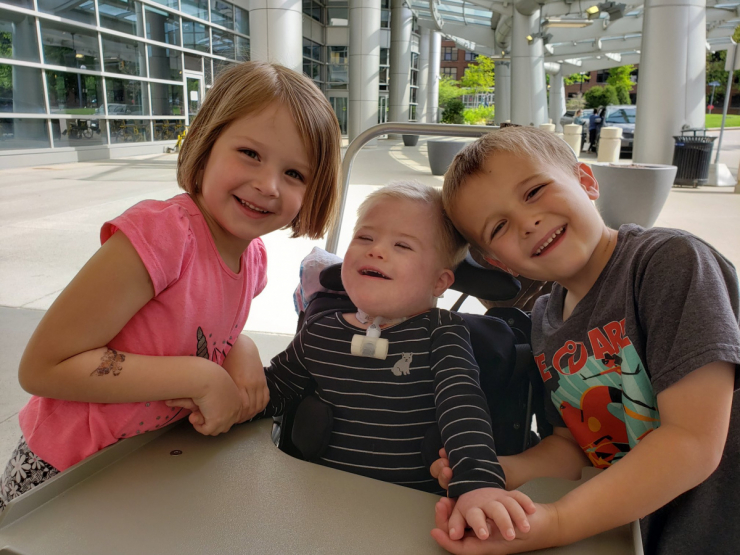 But the day before Danny’s third open-heart surgery, he was admitted to the hospital with rhinovirus.

“What we thought was going to be another relatively ‘quick’ hospital stay turned into a nightmare,” said Danny’s mom, Orsi. “By day 6, Danny had to be intubated and was life-flighted to Mott Children’s Hospital in Ann Arbor, Michigan. From then on, things went downhill.” 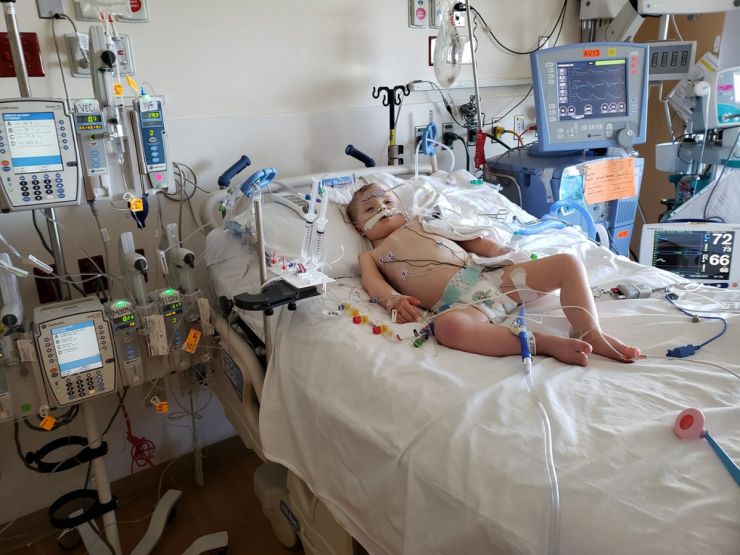 Danny had a particularly nasty case of the viral infection that quickly spiraled out of control. He spent 99 days in the hospital, fighting for his life, all because of the common cold. Then, it got dramatically worse.

Danny was diagnosed with a rare and devastating condition often triggered by a bacterial or viral infection called Guillain-Barré syndrome. Symptoms start as weakness and tingling in the feet and legs that spread to the upper body, and paralysis can occur. 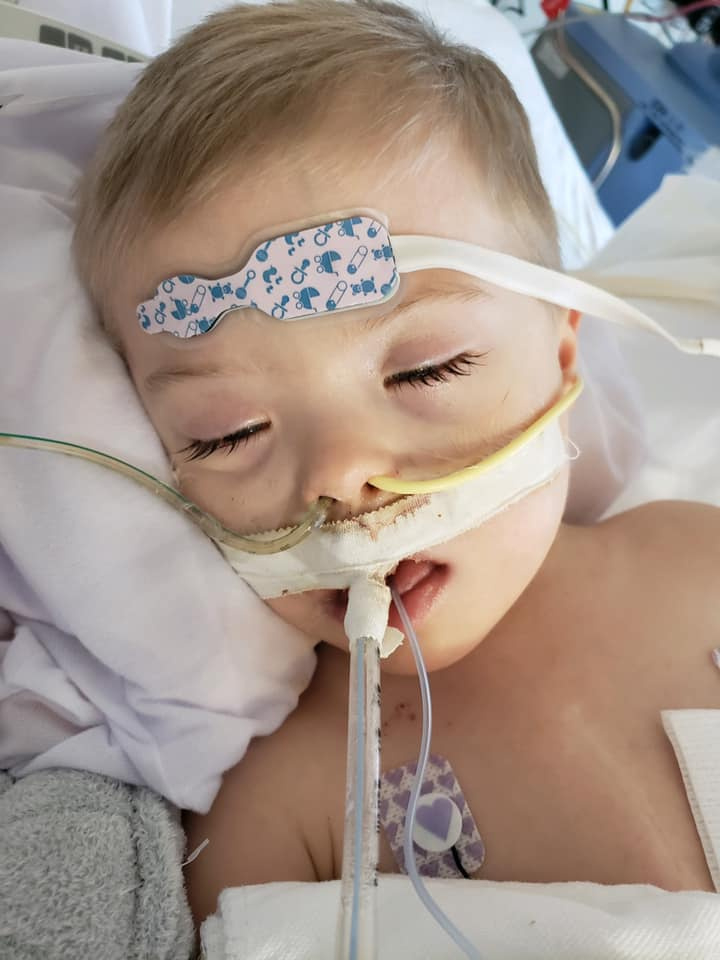 Doctors assured Danny’s family that while it was a serious complication, the odds of him having lasting paralysis were exceptionally low. When they tried to extubate him not long after, he failed three separate times, leading to a life-saving tracheostomy and a g-tube.

During this time, he also started having seizures and was eventually diagnosed with Lennox-Gastaut Syndrome. His seizures became so severe that Danny was placed on four different medications to try to slow or eliminate the activity - he currently experiences between 15-20 seizures each hour - and he has already trialed six other seizure-reducing medications to no avail. 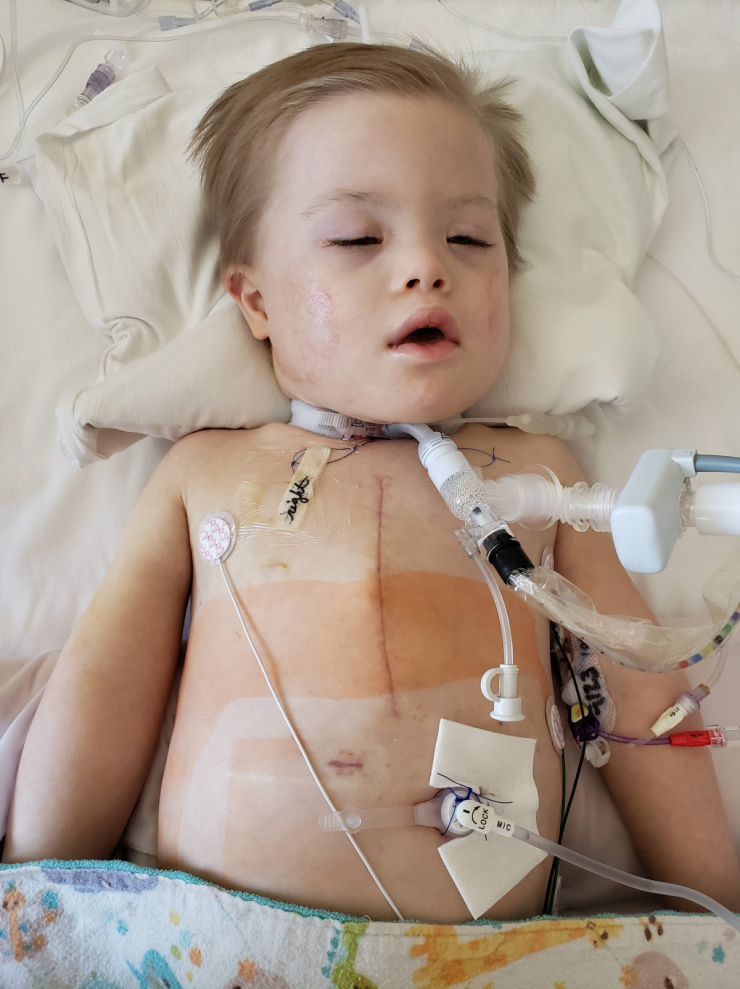 “Even though he still smiles occasionally, Danny has major cognitive delays due to his seizures,” Orsi shared. “When he woke up from the coma, we could tell that his fun, joyous personality was gone, and it feels like we're losing him more and more each day because of the seizures.” 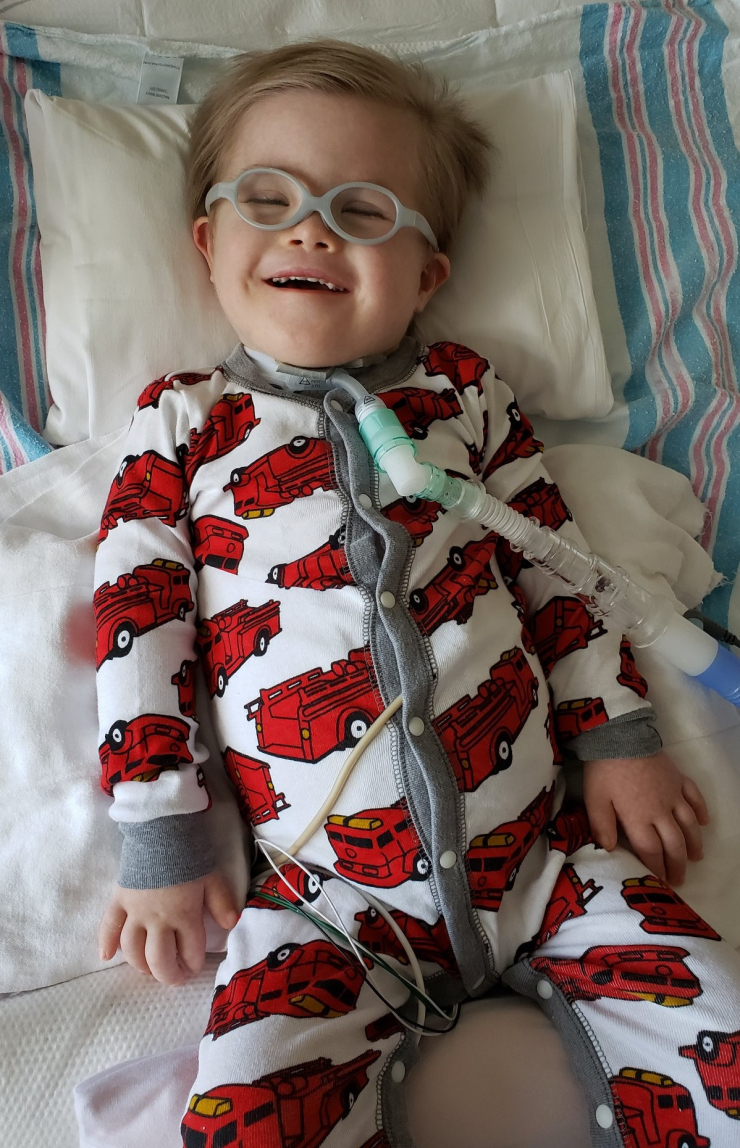 On top of that - all of that - Danny has remained paralyzed. He can only move his arms a tiny bit, and he has no head or trunk control and is unable to move his legs at all.

At this point in Danny’s story, we wanted to wrap his family in a hug and sit and cry with them. The unfairness of it all is nearly too much to comprehend. How do you pull yourself out of something like that? How do you find the strength to do anything at all? 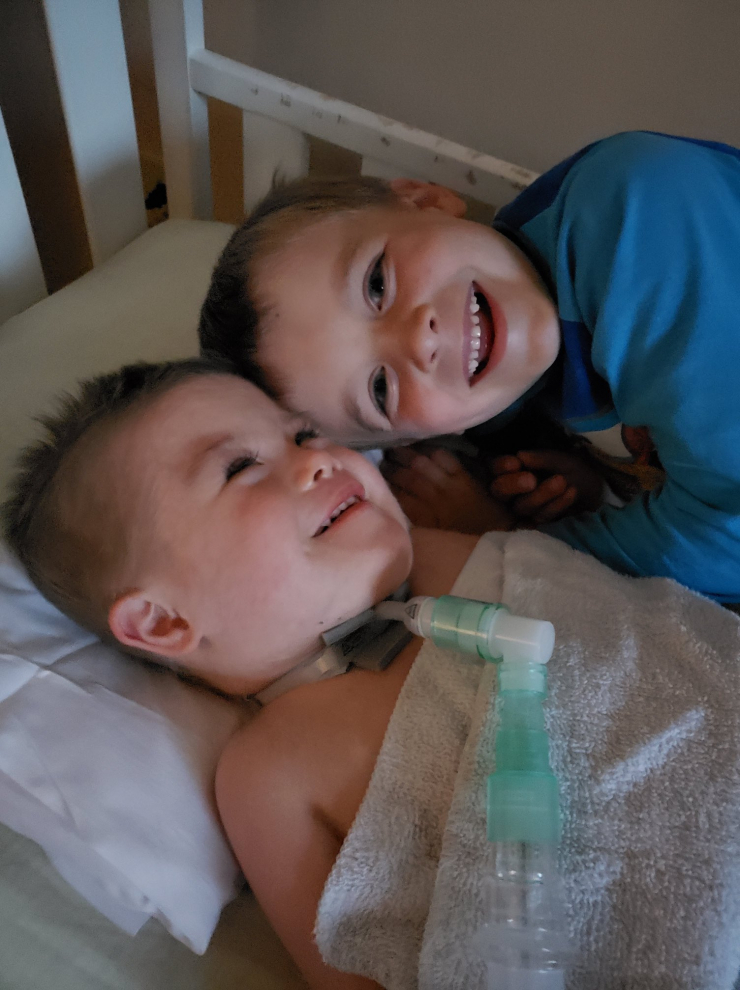 They’re doing all they can to keep moving forward, and finding Chive Charities was a big part of that.

“We knew that having a wheelchair-accessible vehicle would greatly improve Danny’s quality of life,” said Orsi. “Even though we try to live frugally, as a one-income family, there’s no way we could afford an ADA van ourselves.” 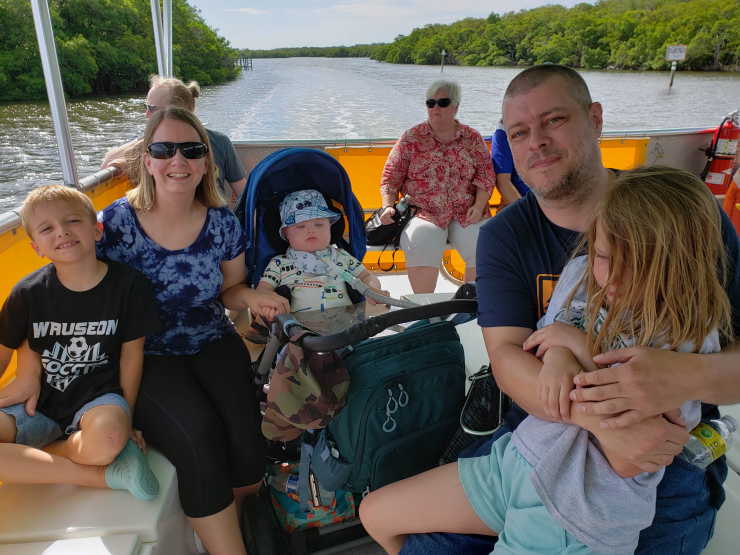 Chive Charities can’t pull them entirely out of the mud, but we have been known to help with wheelchair-accessible vans a time or two (or 215 and counting, to be exact.)

Thanks to your donations, we fully funded a 2019 Dodge Grand Caravan from AMS Vans for Danny and his family for a total impact of $49,000. 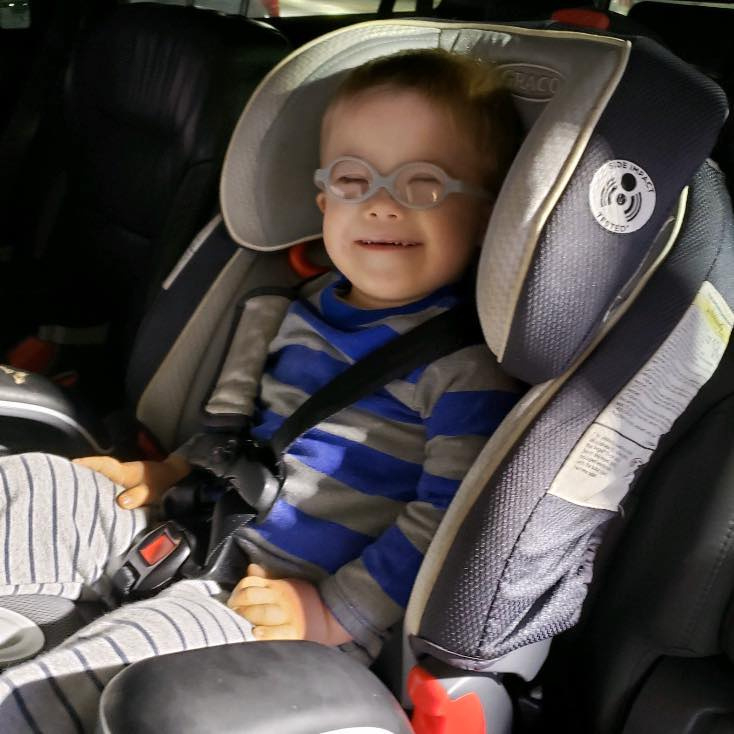 We also reached out to our friends and partners at DuroMax to see if they’d be willing to donate a generator to help power Danny’s life-saving medical equipment in the event of an outage. They graciously agreed, and not long after, we were stunned to receive this message from Orsi:

“We got the generator 4-5 weeks ago. It was delivered to us on a Monday afternoon, and that same evening, there was a huge storm and our power went off! We were able to use the generator to keep Danny’s equipment going. We didn’t get our power back on until the next evening. The last time we had an outage was years and years ago, so it was great timing and a huge blessing to our family.”

She also forwarded a photo of Danny, posing in front of his new van with a soft smile on his face. 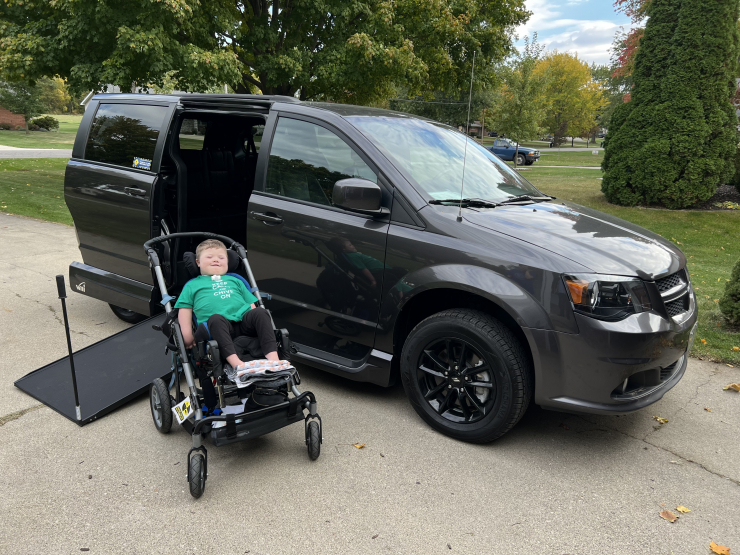 When it comes down to it, we know Danny’s family is eternally grateful for the support of Chive Charities and people like you who donated to help them. This van is a game changer. Still, there’s a rawness to this new reality of theirs.

They are firmly in the mud. They don’t want to need this van. They want the life they had with Danny and their kids before a bad moment became a bad experience that became a bad nightmare. 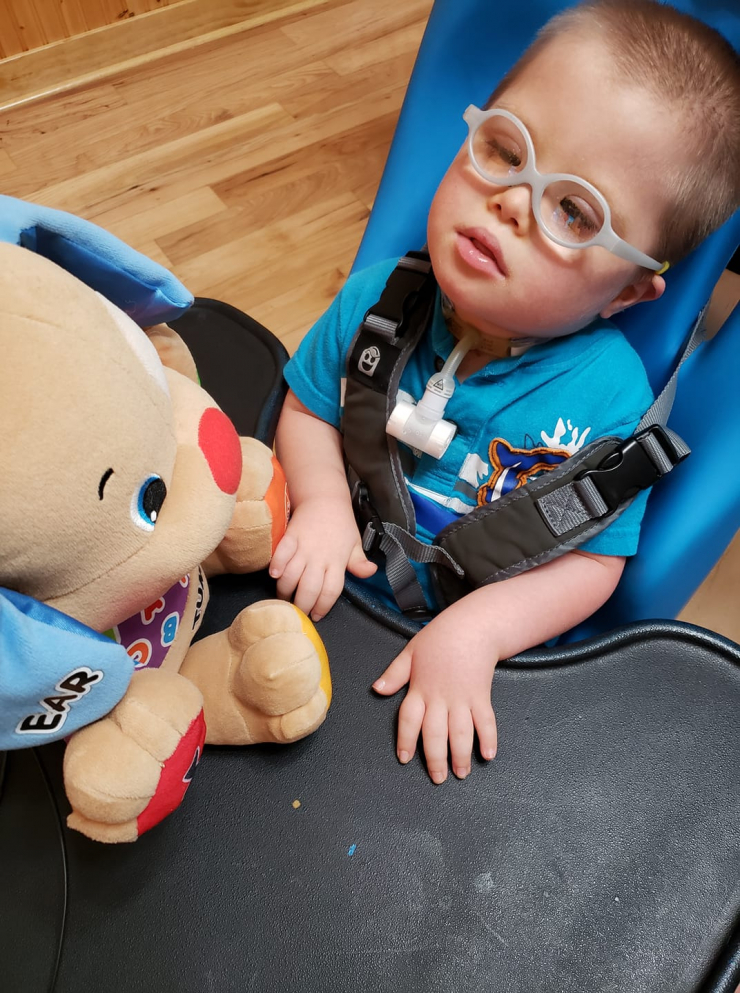 But there’s also beauty in this story. There’s hope in this van and the burden it lifts. We can still wish they didn’t need it - and so can they. 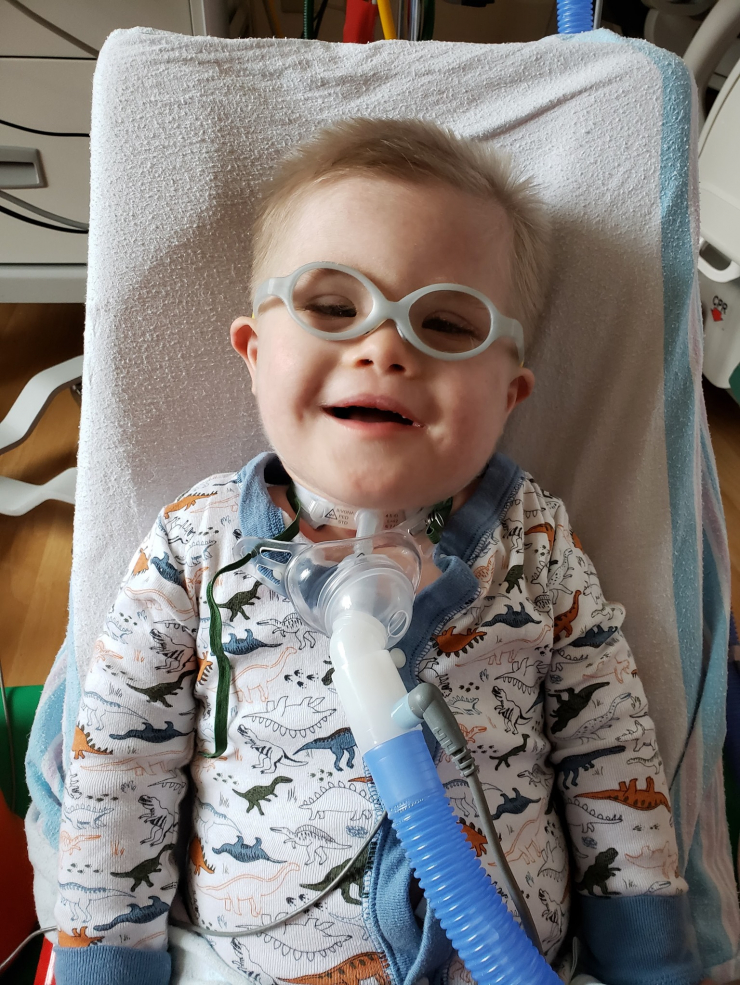 In a perfect, mud-free world, Chive Charities wouldn’t exist, because these families wouldn’t have a need for a wheelchair-accessible van, life-saving medical equipment, or any of the other 545 grants we’ve provided in the last 10 years. Unfortunately, this is not a perfect world. So instead, we find ourselves humbled by the individuals who need some help, and humbled by the individuals who give it. They might be in the mud, but Chive Charities is there to help get them out of it.

As my friend once said: You have to embrace it - the good, the bad, and the ugly - and make something good out of it.” There’s still more good to be done. DONATE HERE.