Sometimes a smile says it all

“Devon’s heart has stopped. The paramedics need to know if he has any medical history!”

With the cell phone pressed tightly to his ear, Yvonne’s husband relayed his sister’s words in real-time to his stunned wife. The world blurred around Yvonne as she struggled to process the words she just heard. Could it be possible? No. It just didn’t make any sense. Her nephew, Devon, was a perfectly healthy 9-year-old boy.

They had just been hiking in the Blue Ridge Mountains of North Carolina the weekend before. Devon, the lover of the great outdoors, avid 4×4 rider, and arcade enthusiast had never had any serious health issues. But the reality was that if Yvonne’s sister-in-law had not administered CPR and if a crew of firefighters hadn’t been passing by the house precisely when the 9-1-1 call was placed, the panicked call Yvonne and her husband received on December 2nd, 2017 could have brought news that was much worse. 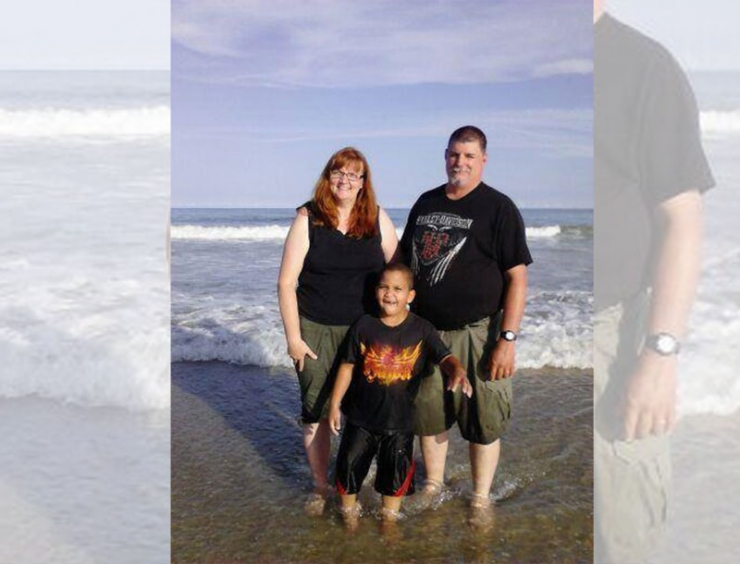 Devon came into Yvonne and Terry's lives when he was just 2 months old. 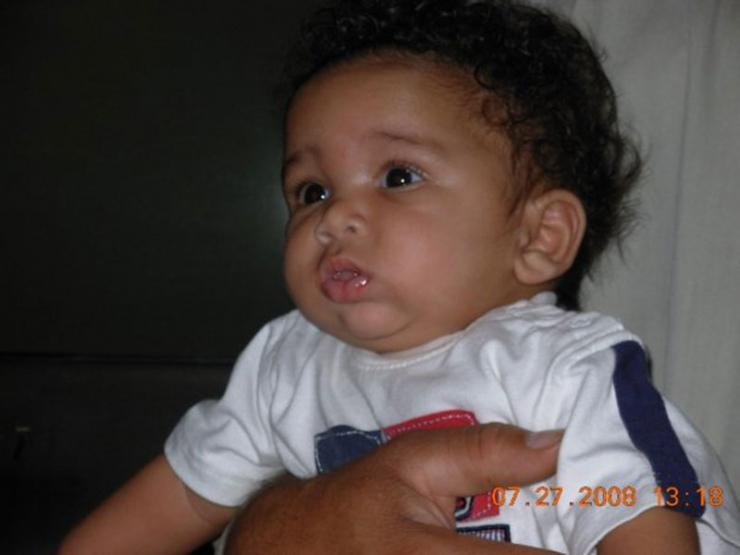 From an early age, Devon was extremely active and outdoorsy. By the time he was 2 years old, he was already riding his own 4-wheeler, climbing trees, and biking around everywhere. 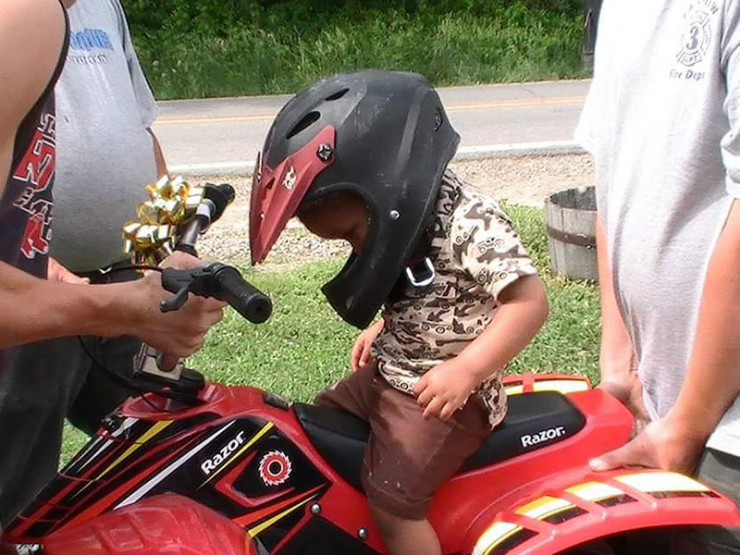 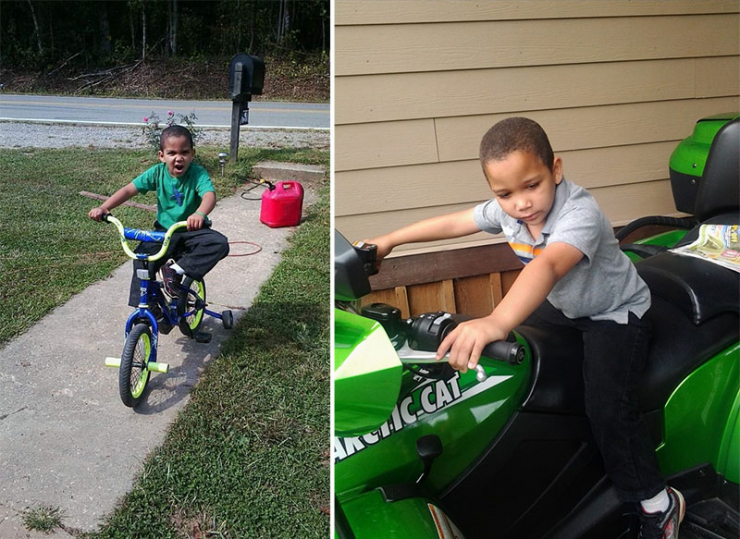 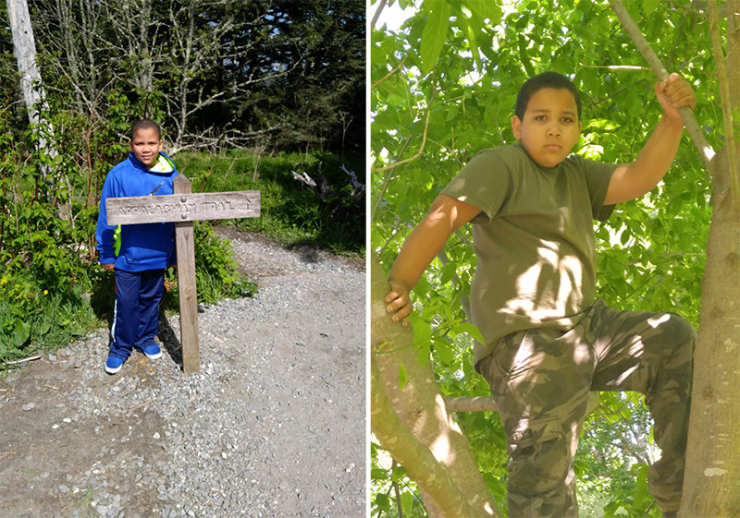 When he was 9, Devon had even graduated to using his father’s 4-wheeler, a lime-green arctic cat TRV. That, however, was just before the incident that would change Devon’s life forever. 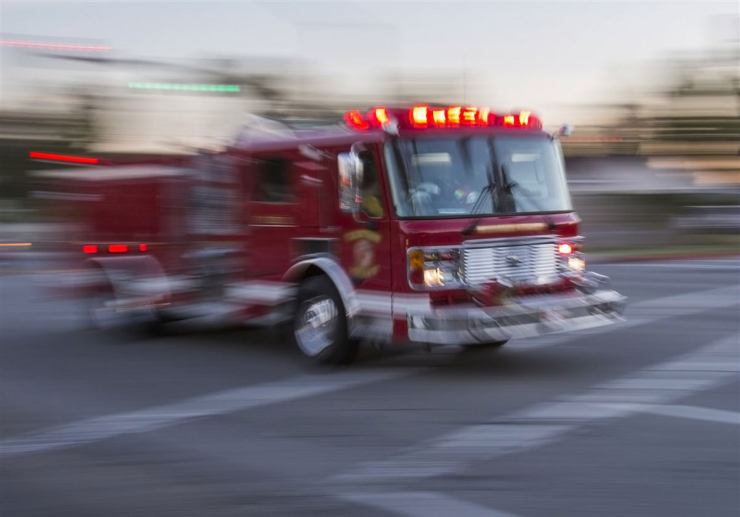 Devon was 30 miles away visiting his cousins when the seemingly random episode stopped his heart for minutes and left him in an alpha coma for days. Yvonne and her family rushed to Asheville to be with Devon. 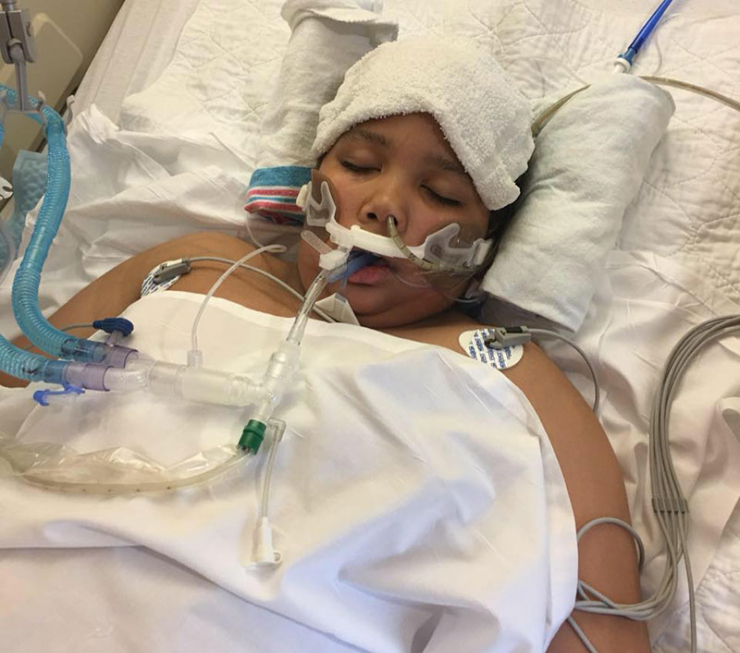 An MRI revealed that Devon’s heart was perfectly fine. Devon’s brain, however, had gone into survival mode. The alpha coma was his brain’s response to the trauma, making his brain prioritize taking care of the vital organs rather than dedicating any resources to conscious thoughts.

At one point, the PICU doctor walked in and told the family he wasn’t sure if Devon would ever be responsive again, due to prolonged lack of oxygen to his brain. “What you’re looking at may be all you get of Devon,” he informed them.

Devon had other ideas. 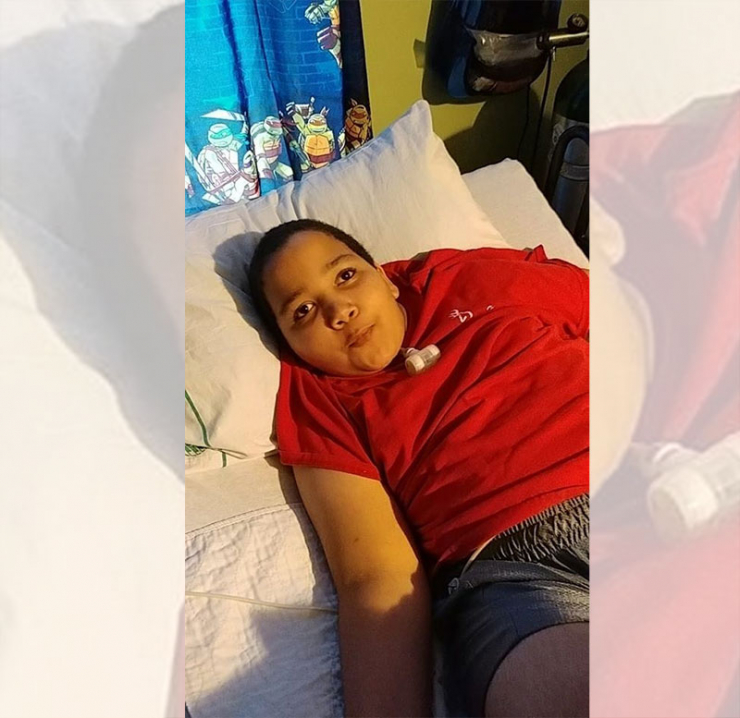 After a time, he eventually did wake up. Thanks to genetic testing, doctors were able to diagnose Devon with Long QT Syndrome Type 3, a rare heart condition that causes chaotic heart rhythms and can lead to sudden death for younger sufferers.

The next few months would be the toughest struggle of Devon’s young life. The episode left Devon with an essentially ‘wiped’ brain. He’s had to fight relentlessly for every milestone. 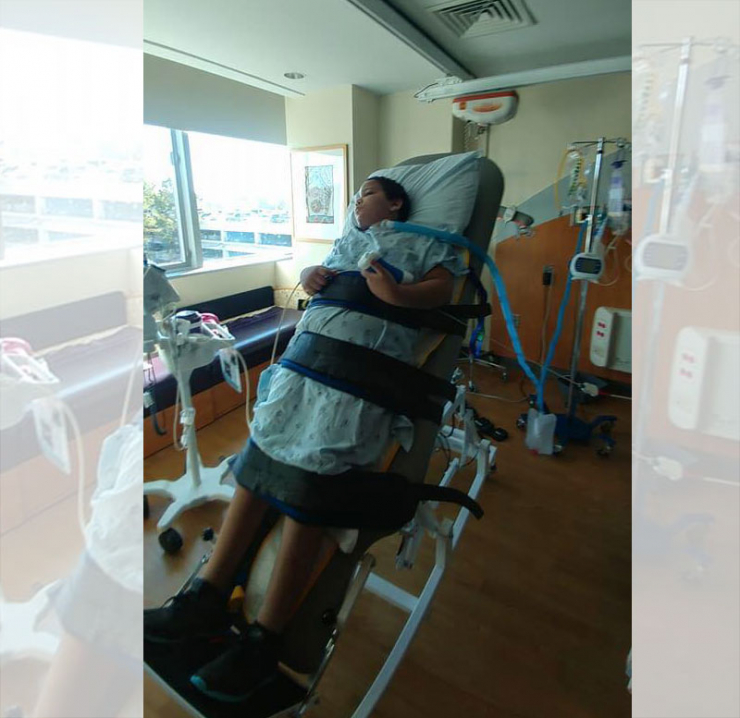 After 73 days at the Levine Children’s in-patient therapy program, he was already smiling, laughing, and kicking. 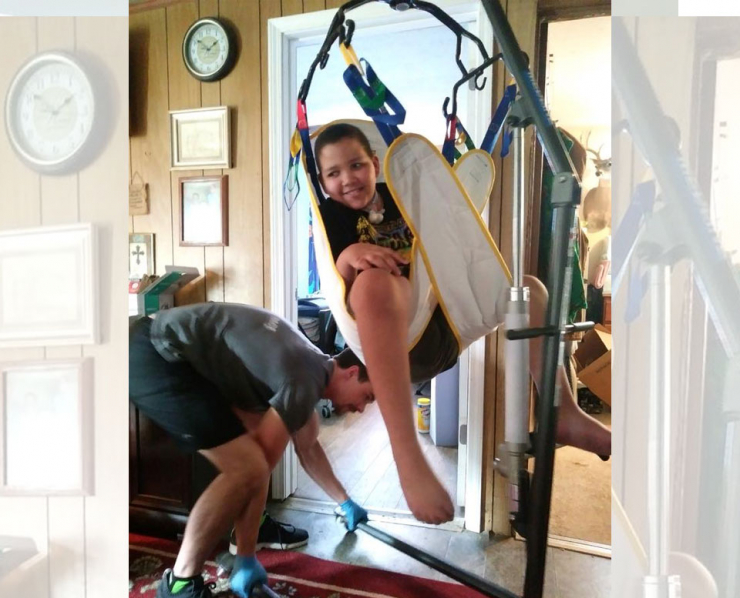 Somehow, someway, Devon was able to come through all the adversity with a smile on his face.

Two years later, though, life is still difficult for Devon and his family. Devon is nonverbal, in his wheelchair full-time, and dependent on others to get around. However, Yvonne says there is something that brings the old Devon back. “He lights up whenever he gets out,” Yvonne told us.

There’s one big problem, though. Due to his size and lack of reliable transportation, Devon has been trapped at his home for the past 2 years. 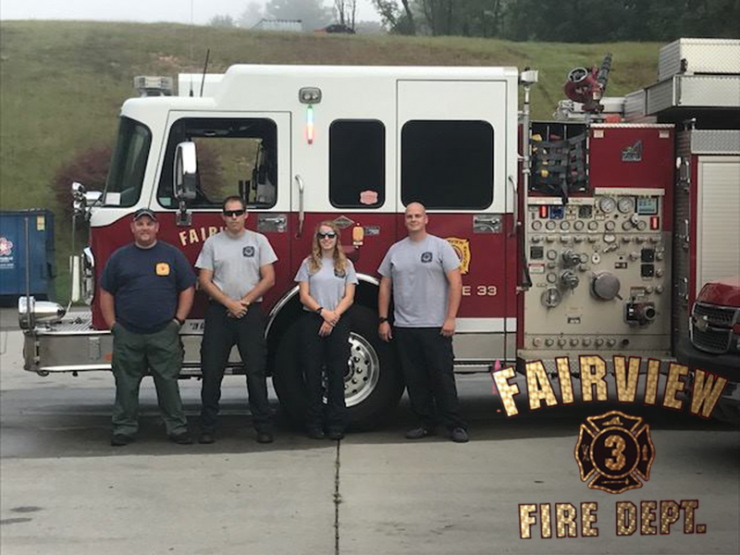 Thankfully for Devon, the volunteer fire department of Fairview is just around the corner. They have volunteered their time and ambulances to take Devon the 130 miles to Charlotte for critical medical procedures and therapy. However, medical trips are the extent of Devon’s time outside his home. For a lover of the great outdoors, there has to be a better way. 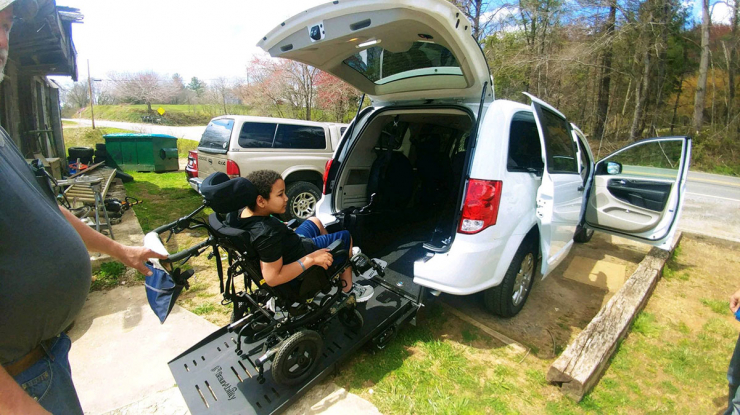 Here at theCHIVE and Chive Charities, we hate seeing when someone’s mobility is taken from them, their voice is silenced, and their freedom is ripped away. Something about that situation just doesn’t sit right with us. So when we can do something about it, you better believe we’ll step up to the plate to bat for the underdog every time. And thanks to Chive Charities monthly donors, we’re ready to swing for the fences for Devon, purchasing him and his family a brand new $39,400 BraunAbility wheelchair accessible van. 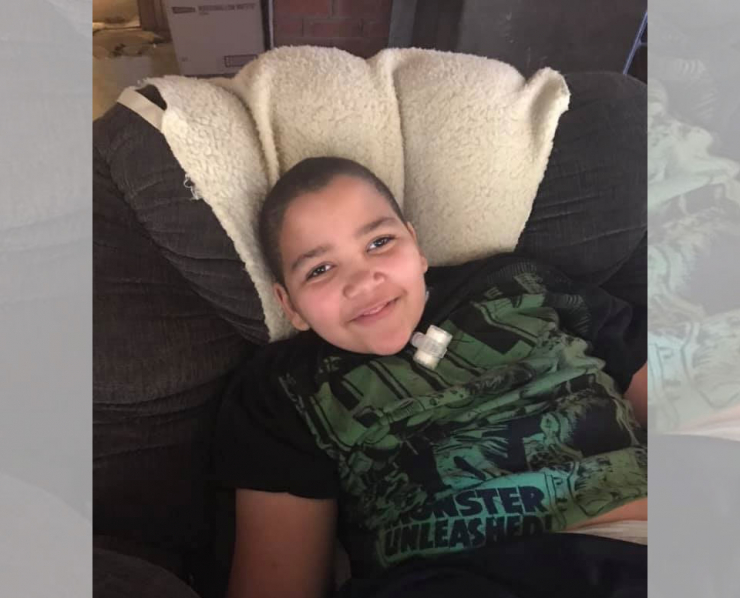 It couldn’t come at a better time, too. “It’s hard sitting and staring at 4 walls,” Yvonne told us. “I want the donors who made this possible to know the joy they put back in my child. It’s so much easier to get Devon where he needs to be, especially in emergencies.”

Devon can even go hiking once again for the first time since the incident. Perhaps most importantly, Devon’s trademark smile can be seen a little more these days thanks to your incredible generosity. Make the world 10% better and put a smile on our next recipient’s face by donating to Chive Charities RIGHT HERE