Rocking Towards rehabilitation with Resounding Joy 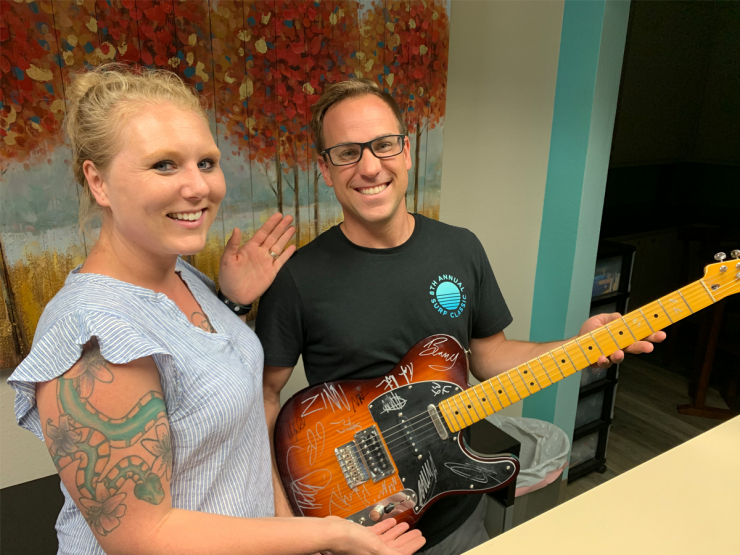 Hey, remember that time theCHIVE threw a music festival? The legendary Chive Fest of 2015 was one of our most successful failures, and will forever live on in our alcohol-hazed memories. This guitar, signed by Edward Sharpe & The Magnetic Zeros, Cold War Kids, Steel Panther, and more, is one of the sickest momentos we had from the fest. 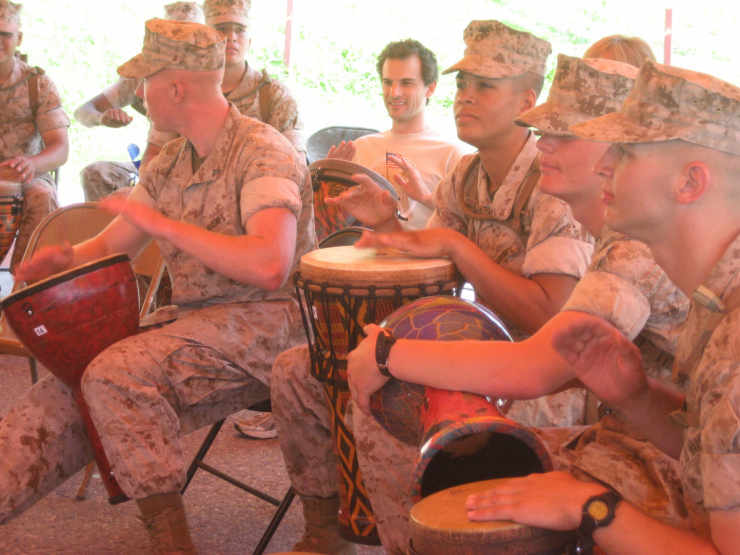 But it wasn’t getting much use sitting in Leo’s office, so we gave it to someone who could put it to the best possible use: the people at Resounding Joy in San Diego, California. 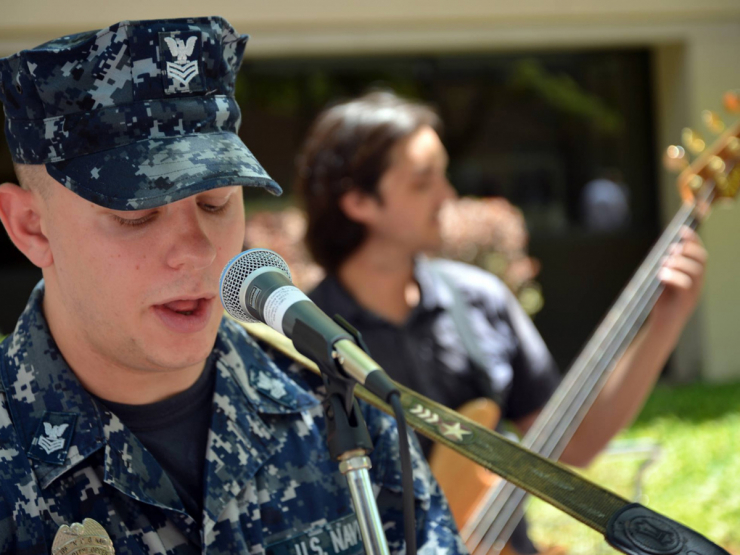 Resounding Joy is a music therapy program that helps people who are struggling with their mental or physical health regain a sense of wellbeing and empowerment, all through the power of music. They even have a special program for veterans, a band they call Semper Sound. 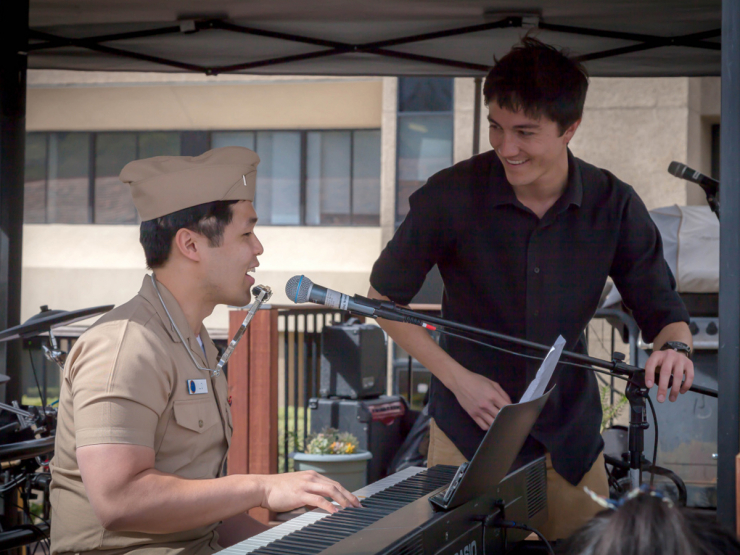 You know how much we care about our veterans, so it was a no-brainer to give the guitar to another charity that cares just as much as we do. 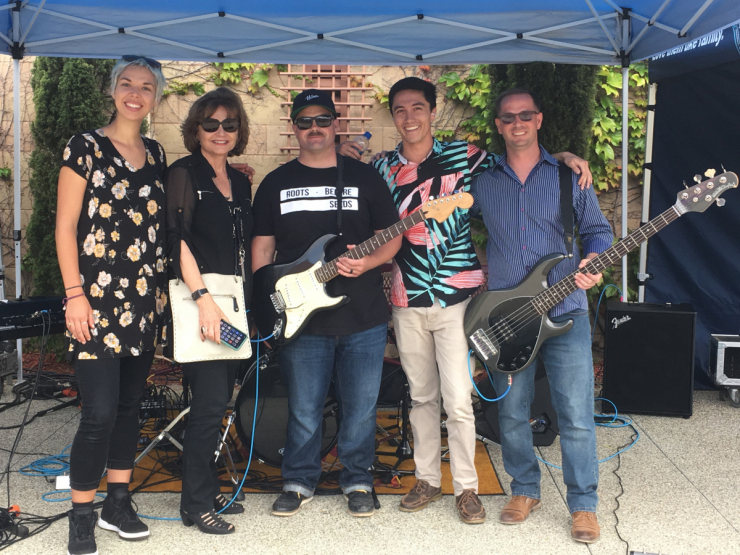 Well, we’re at it again. We know that up to 25% of returning troops have depression, and the suicide rate is 1.5 times greater for veterans than for adults who never served in the military. Suffice it to say, the need for programs like this is great, and growing, and we want to help. Chive Charities was able to help Resounding Joy keep providing this vital service by supplying a $10,000 grant to their awesome program, thanks to our amazing donors. While the signatures on the guitar may be a little more impressive than the signatures on this check, we know that Resounding Joy is nonetheless thrilled by the generosity shown by our donors who made this grant possible. 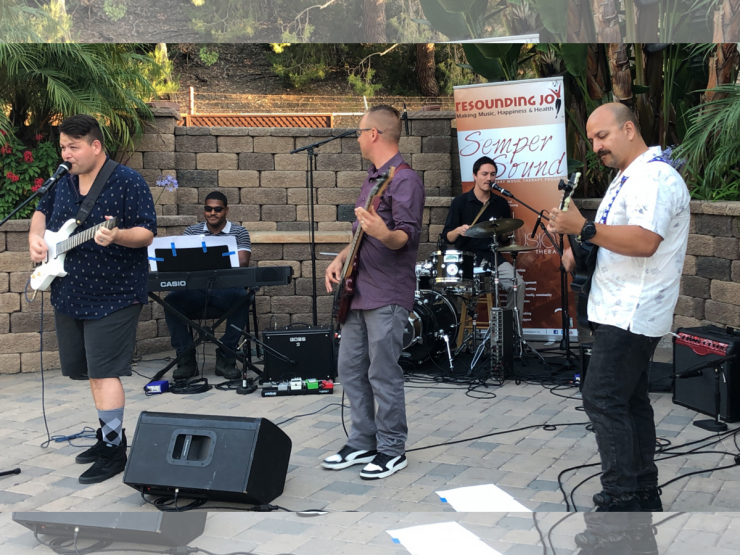 So what does $10,000 mean to the folks at Resounding Joy? Well, our Chive Charities donors have provided support for music therapy for 600 service members and veterans, and funds for approximately 270 hours for a music therapist. That’s a pretty incredible impact, especially when you take into account how Semper Sound is changing the lives of our veterans who need it the most. 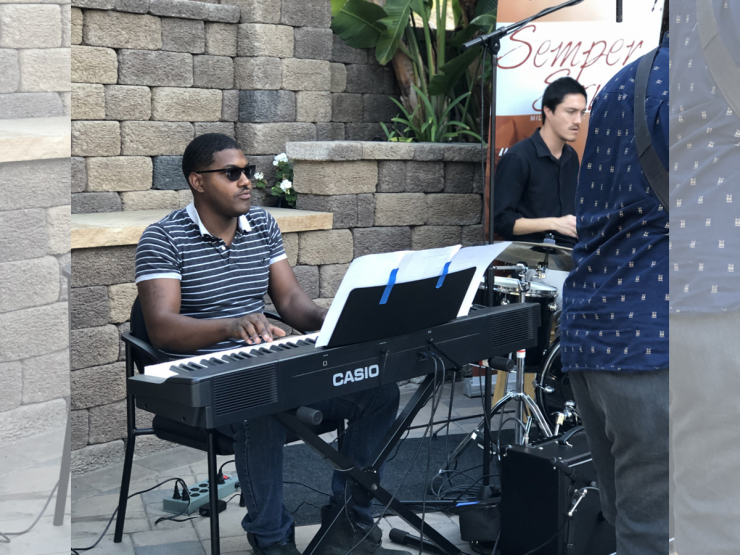 Take Lieutenant Lo, for example. He is an active duty sailor in the Navy who had to take time off due to sustaining a high-level Traumatic Brain Injury. The muscles on the left side of his body were severely impacted by the injury, and he wouldn’t be able to return to his service in the Navy until he was in good health again.

So he joined the band. Semper Sound helped him set the goal of learning to play the piano, not just as a marker of physical wellbeing, but as a personally fulfilling goal as well. That’s how the program works; sure, you’re learning a task, but the implications are much deeper than just creating music. People like Jordan are learning to believe in themselves and their abilities again. 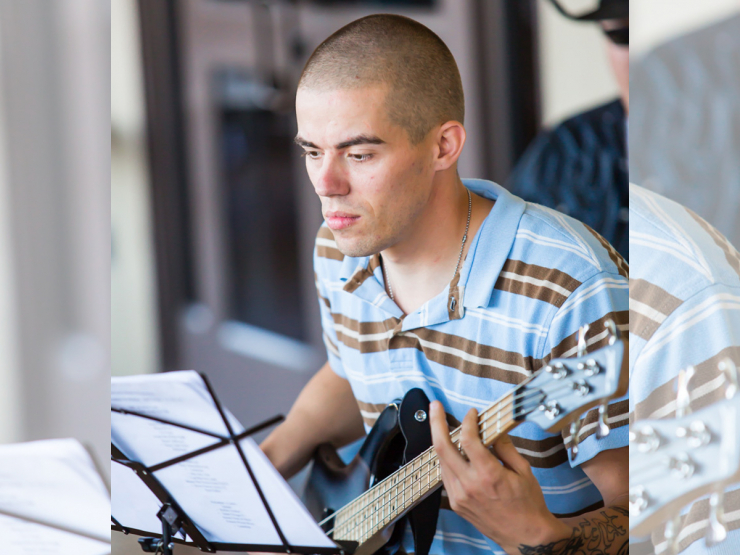 Ltn. Lo learned how to play the piano, not with only one hand but with both, while using the power of music to help regain all of the muscles on his left side. As of earlier this year, he was found fit for continued Naval service. 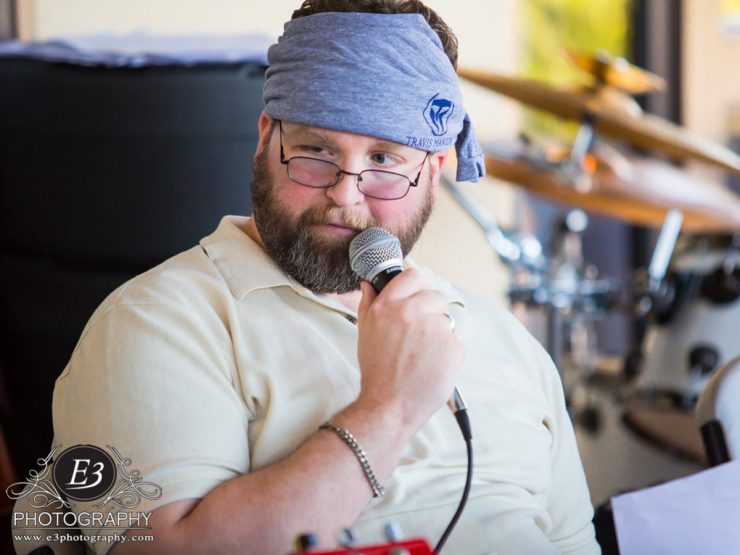 Anyone who made it to Chive Fest knows that nothing brings people together and heals the spirit quite like music. Resounding Joy takes this basic idea a million steps further by doing something more innovative: healing through *playing* music, not just listening to it. Finding strength through creativity and self-expression is an alternative way to heal for the veterans who play with Semper Sound. 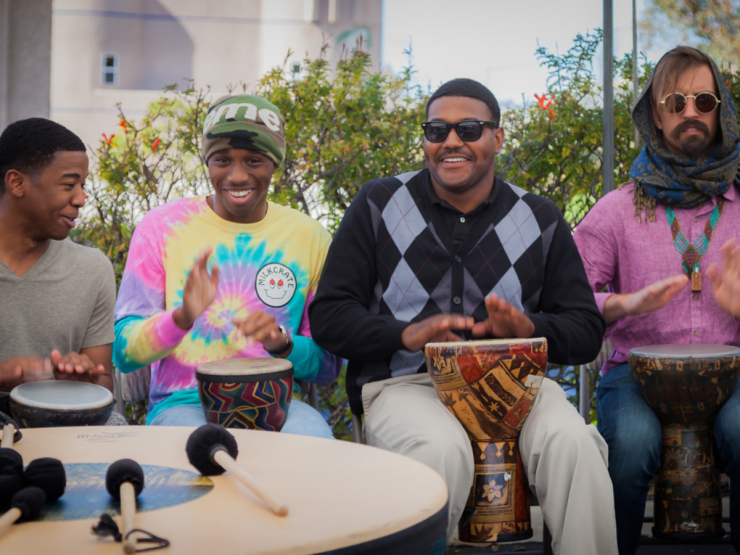 These heroes aren’t just playing Nirvana covers, by the way. Rather, they are creating their own songs from the ground up. The band is led by music therapists who are skilled musicians whose primary expertise lies in creating a therapeutic experience. They select appropriate and effective interventions to help clients achieve their non-musical goals, such as symptom management, pain reduction, career development, or building stronger familial relationships, through music. 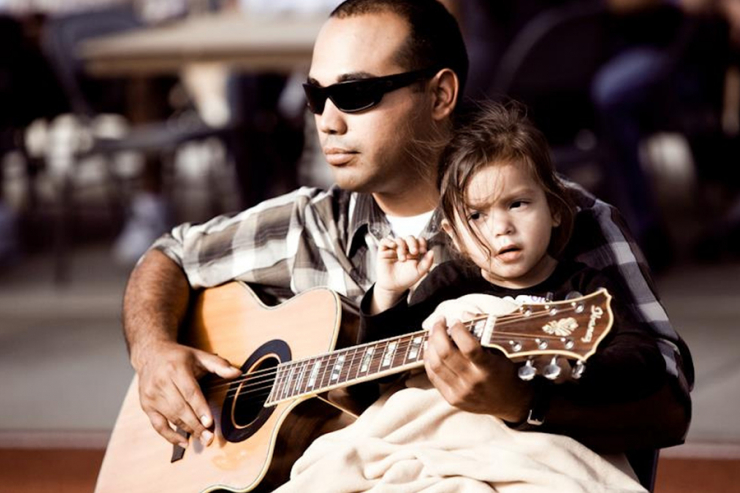 The sense of togetherness that comes with this music therapy program is one of the biggest reasons that it truly works. Band member Jason D. was deployed with the Navy to both Iraq and Afghanistan, and returned home with PTSD. Playing with Semper Sound has filled a niche in his recovery that is not covered through traditional therapy or medication. He is able to express himself and grow as a person along with his band, and is able to include his wife and kids in his recovery as well, which is invaluable. 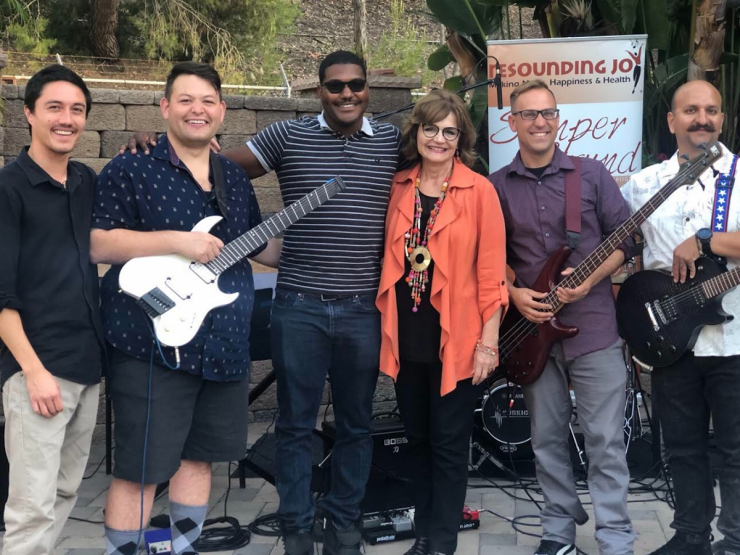 Much like Chive Charities, Resounding Joy doesn’t do things the conventional way. We believe in listening to the needs of our recipients and fulfilling that need, which helps people become more self-sufficient than they were previously able to be. And that’s exactly what Semper Sound does for these veterans, through the self-sufficiency found in jamming out with your brothers and sisters in arms. 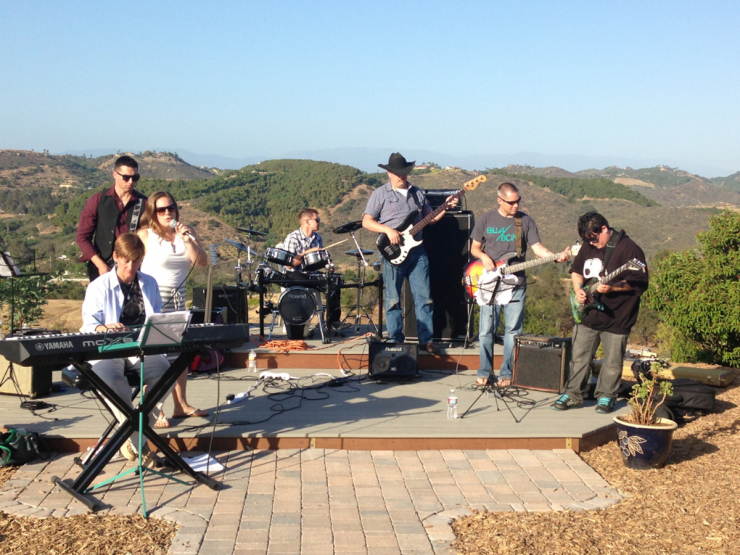 Without our donors, we couldn’t support awesome programs like Resounding Joy. It is thanks to your donations that we can bring healing and peace to veterans in a way many people have never even thought of providing it. You can make more amazing grants just like this one happen by becoming a Chive Charities donor. It’s quick, it’s easy, and it’s flexible. Contribute what you can, when you can, by clicking HERE!