The fall and the rise

Housing and transportation for second surgery

In 2007, The New York Times ran a front-page story about a young woman named Katharine Moser, an early adopter of genetic testing who discovered she inherited a fatal, incurable disease from her mother’s side called Huntington’s disease. 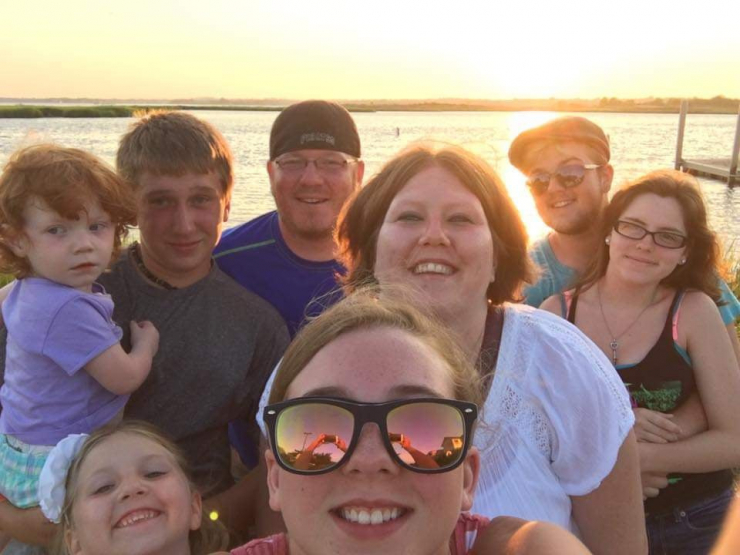 Readers were polarized in their opinions. If you could get tested for a genetic mutation - perhaps even long before you had symptoms - would you do it? If you could know, for certain, that your life would change - would you still want to hear the answer?

Sometimes, that answer finds us even when we aren’t asking the question. 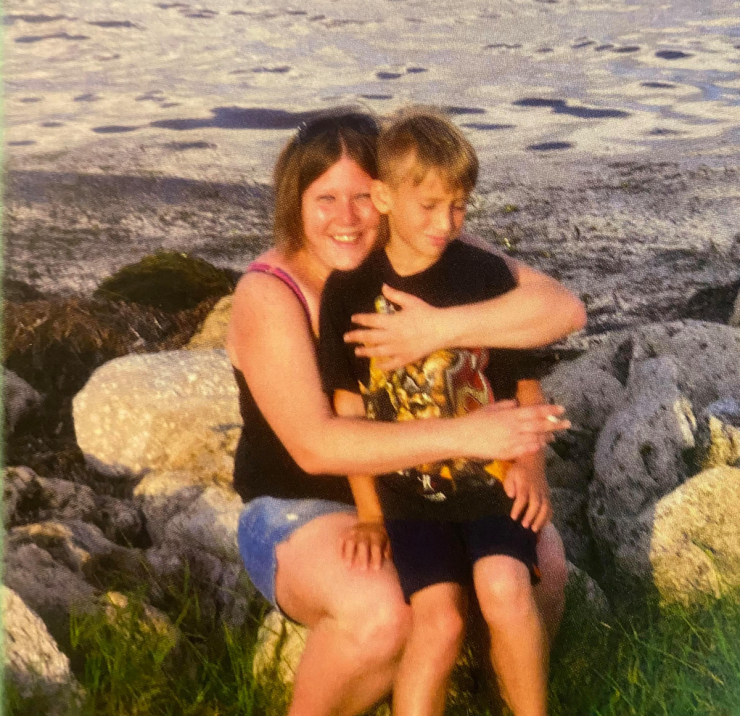 Dustin Cambria was 12 years old when he realized something was off. An active kid, he competed in baseball and wrestling and loved going on trips to the beach and hunting for deer and turkeys. 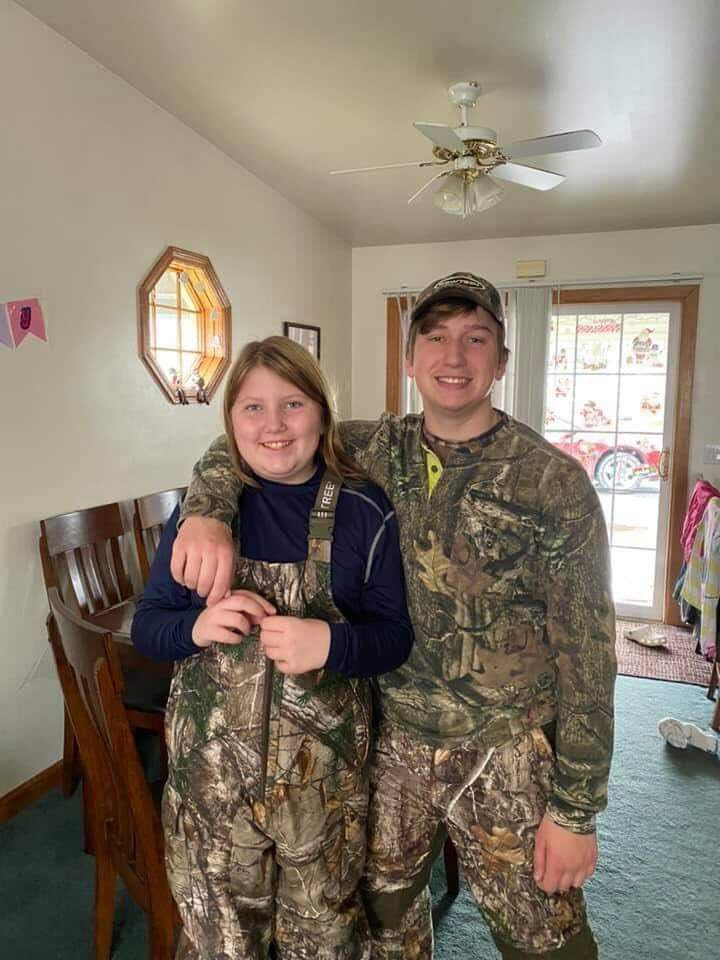 But despite his athleticism, Dustin began falling down more often and experienced repeated episodes of leg pains, crying out in the night, and needing his legs rubbed in order to calm down and get back to sleep. Doctors dismissed them as growing pains and asserted he would outgrow them with time.

From the corner of the room, Dustin’s grandfather, Edward, watched his grandson with growing concern. 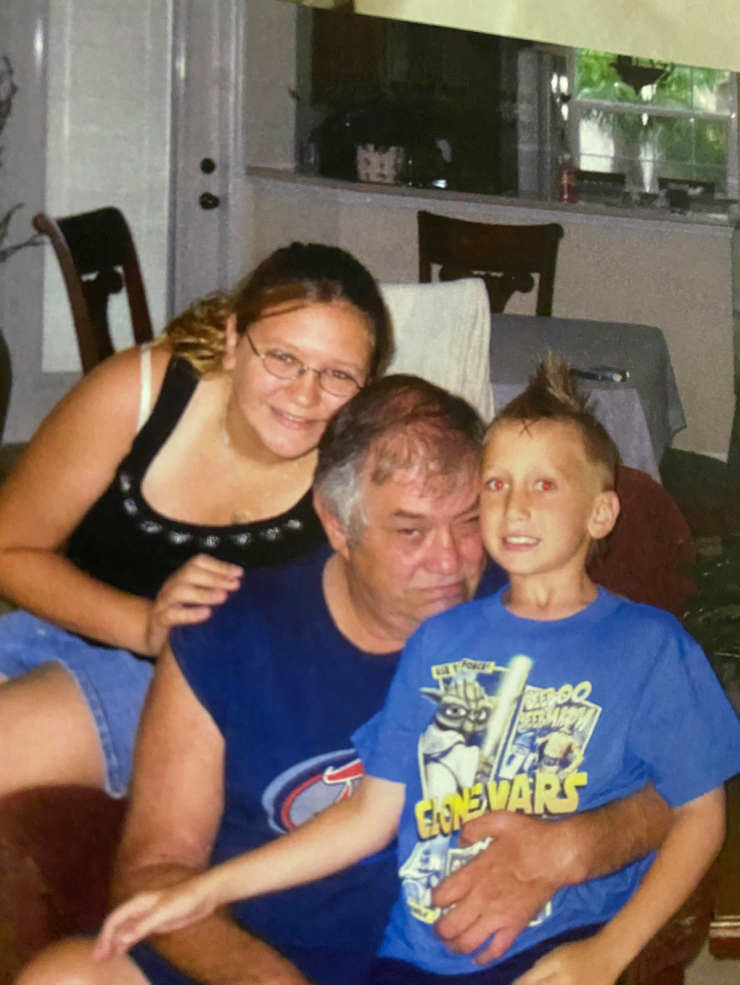 Dustin had a difficult childhood, and as his family described it, he was “sort of raised by a village because of it.” The first year of his life, he was with his grandmother, Ellen, and then spent long periods of time with his grandpa Edward for the next seven years or so. 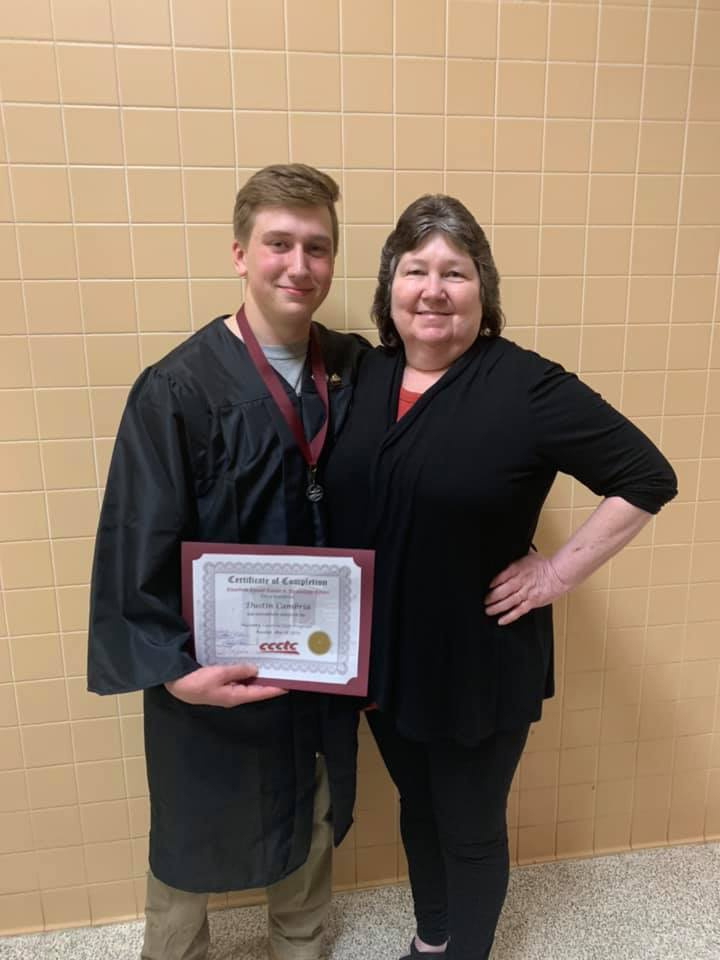 He moved around a lot with his mother from age 8-11, experiencing a very unstable period in his life until he returned to live with his grandmother Ellen and step-grandfather John where he would stay through high school graduation. (His Aunt Ashley and grandpa Edward would play critical roles in his life, too, providing him with love and support.) 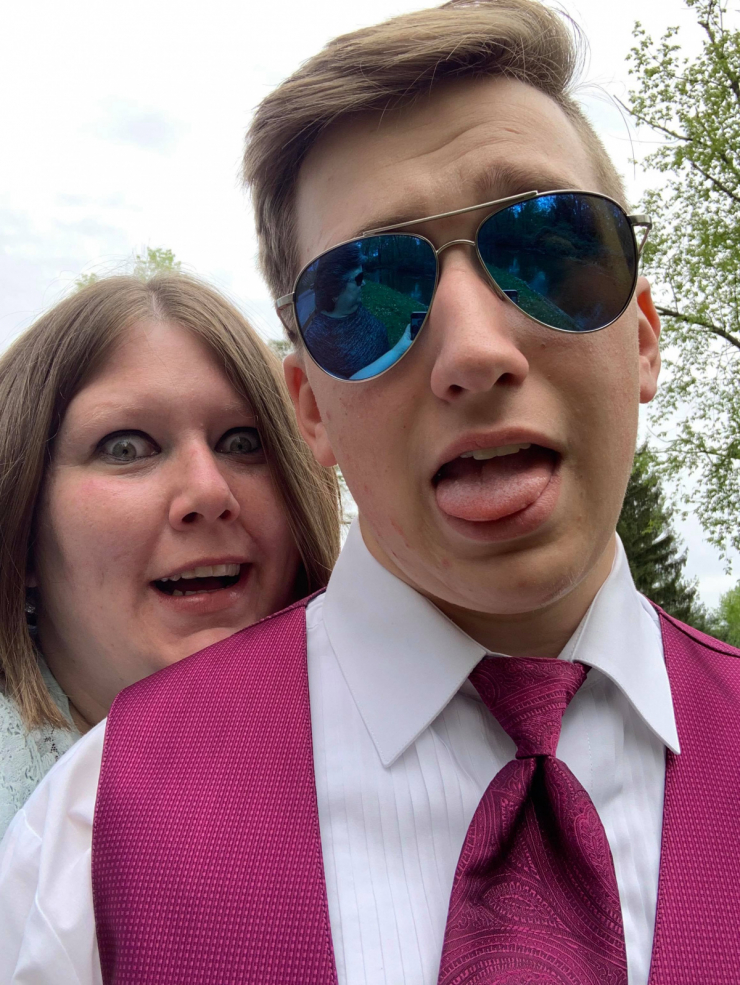 They knew him better than anyone. And because of that, perhaps they were trying to avoid what was becoming more evident, the first signs of a disease that they didn’t want him to have.

The Cambria family carries the Charcot-Marie-Tooth gene defect that results in progressive neurological and muscular wasting of the extremities. Their type is CMTX1, a sex-linked version that affects the males in the family more profoundly than the females.

Dustin’s grandpa Edward had CMT, and as he watched his grandson cry out with leg pain and stumble and fall, he recognized the symptoms that were so similar to his own as a child.

Deep down, he knew that Dustin likely carried the gene mutation and had inherited the devastating disease. Edward’s mobility had diminished over the years and he eventually required the use of a wheelchair - it was a heartbreaking realization that Dustin might be facing the same future. 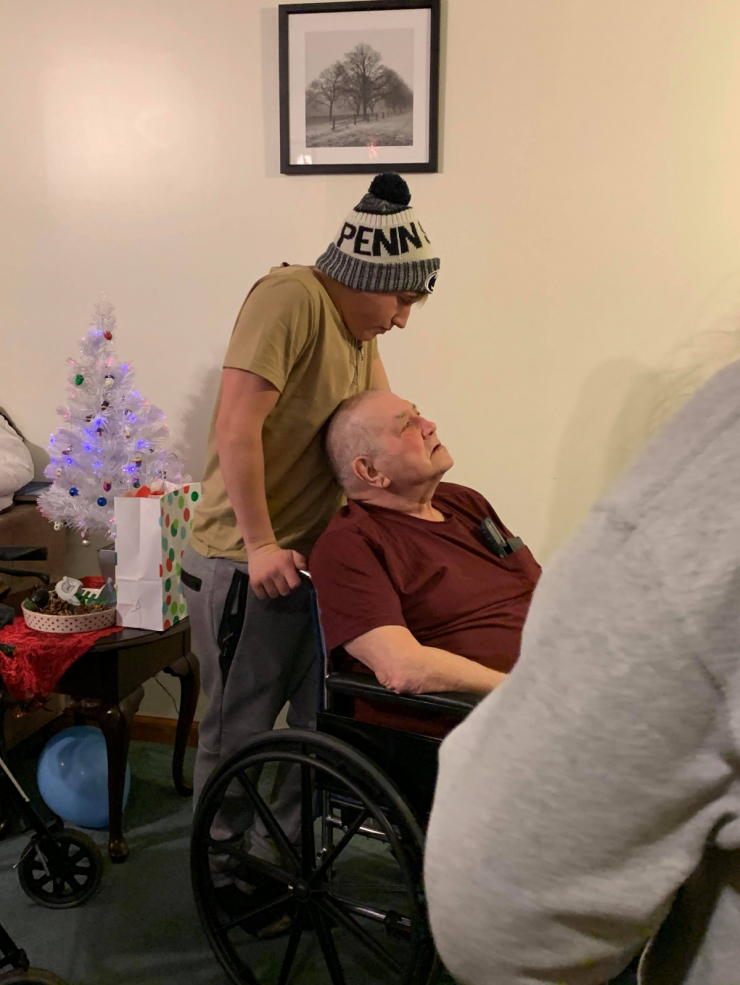 “As Dustin’s teen years went on, his toes and feet began to appear deformed, confirming our fears,” his aunt, Tammy, told us. “We realized it was time to talk with Dustin about the possibility of CMT. He knew before we told him that he had what his Pappy had, and he could see his future every time he looked at his granddad. He was afraid of what was to come, as we all were.”

What they also knew was that when he fell, he would rise back up, just as he always had. 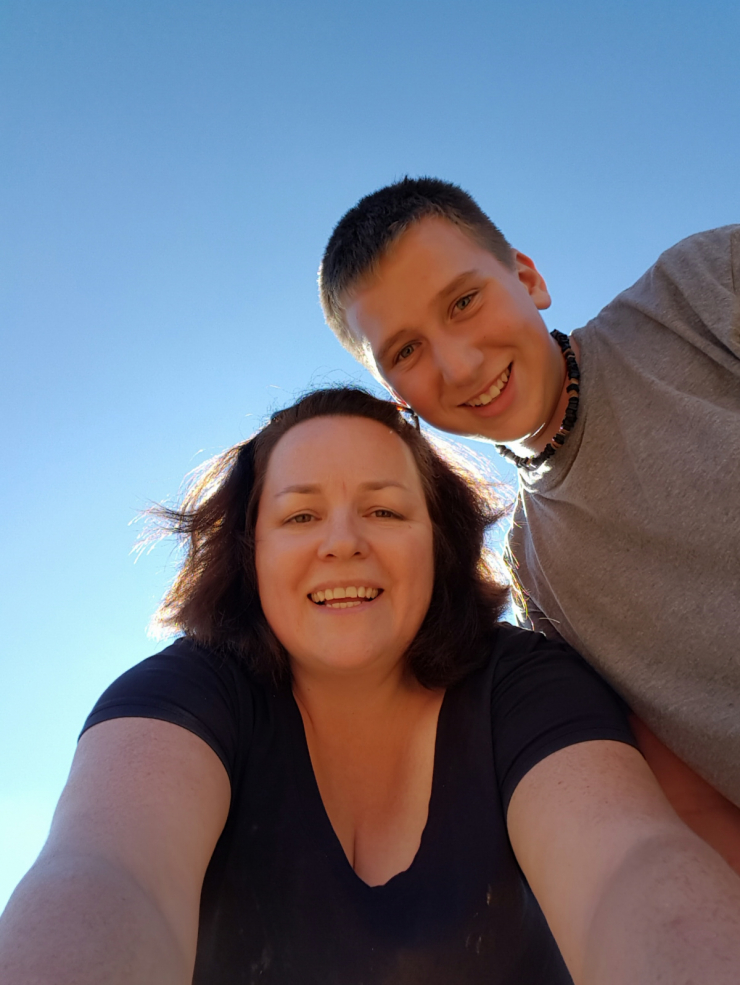 When he was 16, Dustin was seen by a team of orthopedic doctors at Hershey Medical Center who were familiar with the disease. They examined him, performed nerve conduction studies, and officially diagnosed him with CMTX1. Those same doctors warned that Dustin would eventually require corrective surgery on his feet and ankles, but that they should wait until his growing years were finished.

“Dustin is a fighter, though,” Tammy said. “As a family, we supported him and encouraged him to never give up.” 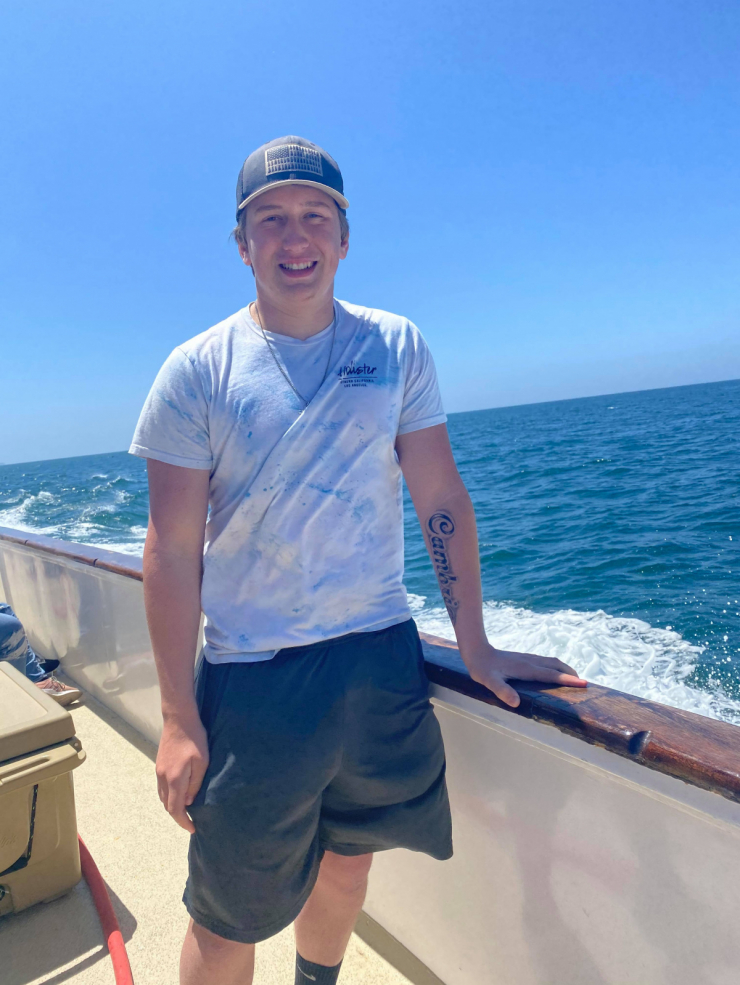 In the fall of 2020, the family was connected to a surgeon at Cedars Sinai in Los Angeles who is renowned for his work with CMT patients. His name is Dr. Glenn Pfeffer, and he agreed to a video consultation and evaluation with Dustin and his family to talk next steps. Afterward, he labeled Dustin a perfect candidate for corrective surgery of his feet and ankles.

The only downside was that it would require two separate surgeries in L.A., three months apart, with a 2-3-week stay each time. While it’s not a cure for CMT, it is a life-changing procedure that would correct Dustin’s gait and greatly slow the progression to disability over his lifetime.

Dustin’s grandparents, especially his granddad Edward, knew this was a necessary surgery, but funding it was a whole other issue.

“We were able to raise some funds to assist with the costs,” Tammy explained, “but it was expensive to book airfare, hotel, and a rental car for three weeks. On top of that, Dustin would be out of work for the next six months to recover from the procedures.” 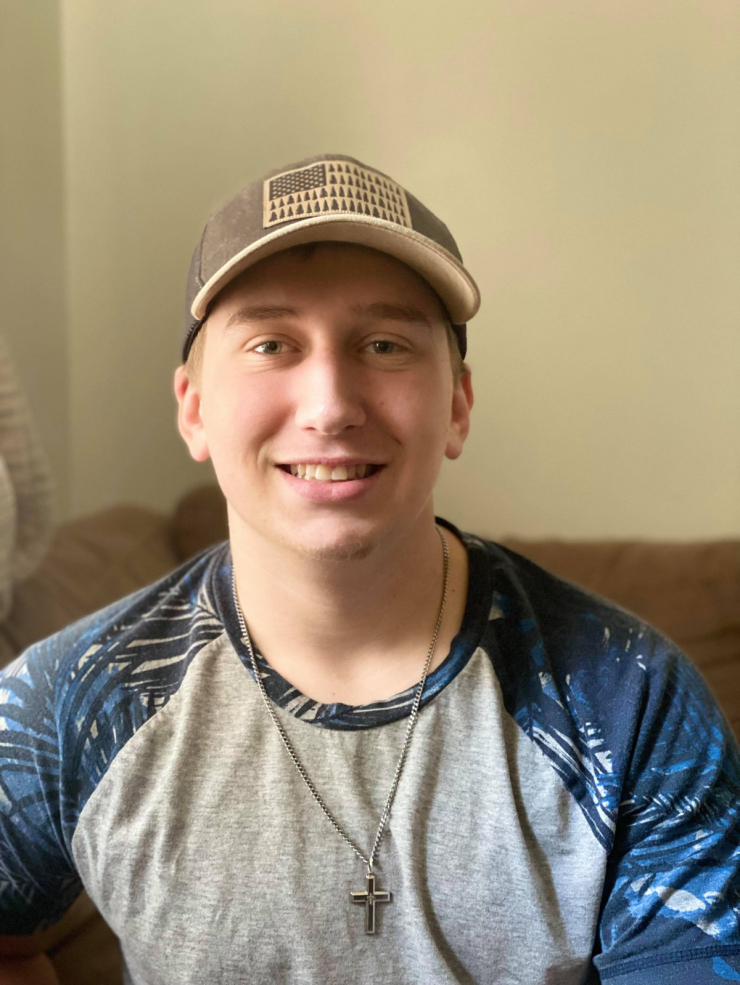 After several postponements due to Covid, Dustin traveled with his grandmother to California for the first of the two surgeries in May of 2021. 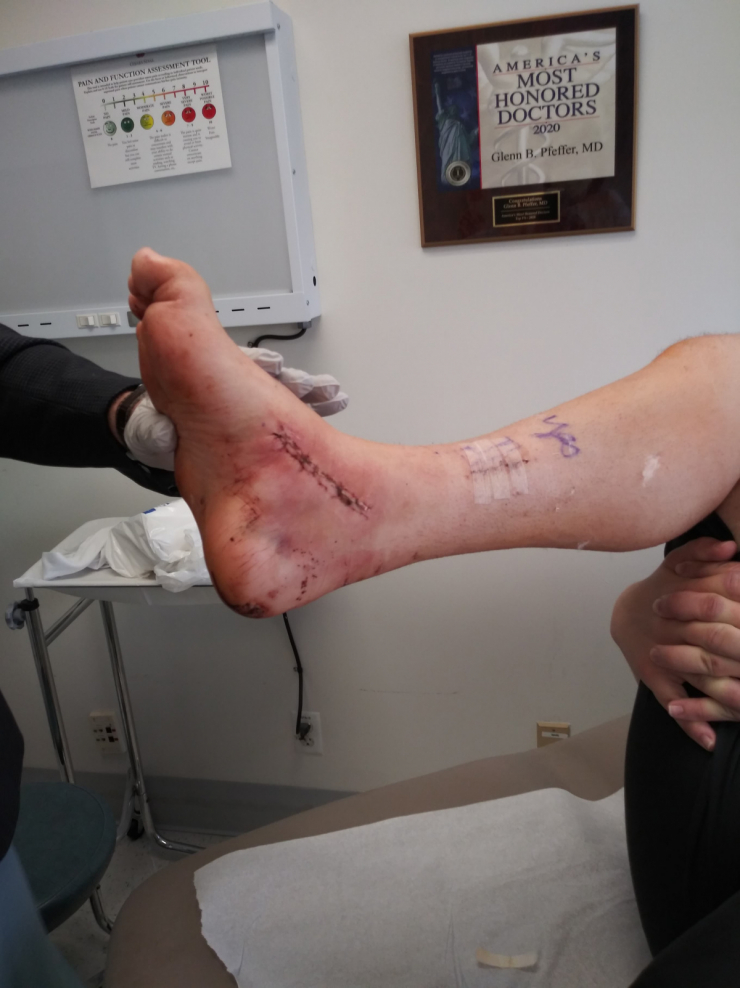 “The recovery was pretty brutal,” Dustin said. “It was a little worse than I thought it would be, but we got through it.” 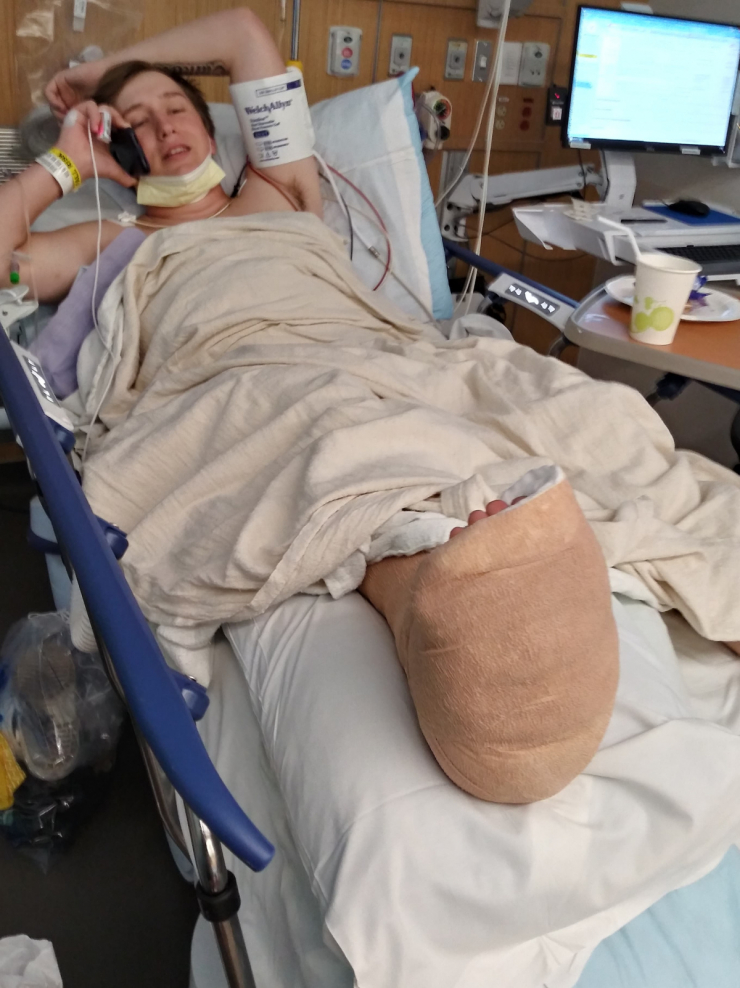 Just before Dustin left L.A., he saw Dr. Pfeffer to have his stitches removed and a cast applied. The family was shocked by the results - the severe foot drop was gone, and his foot had normal alignment, straight toes, and a stabilized ankle. After his second surgery, they expect a matching set. 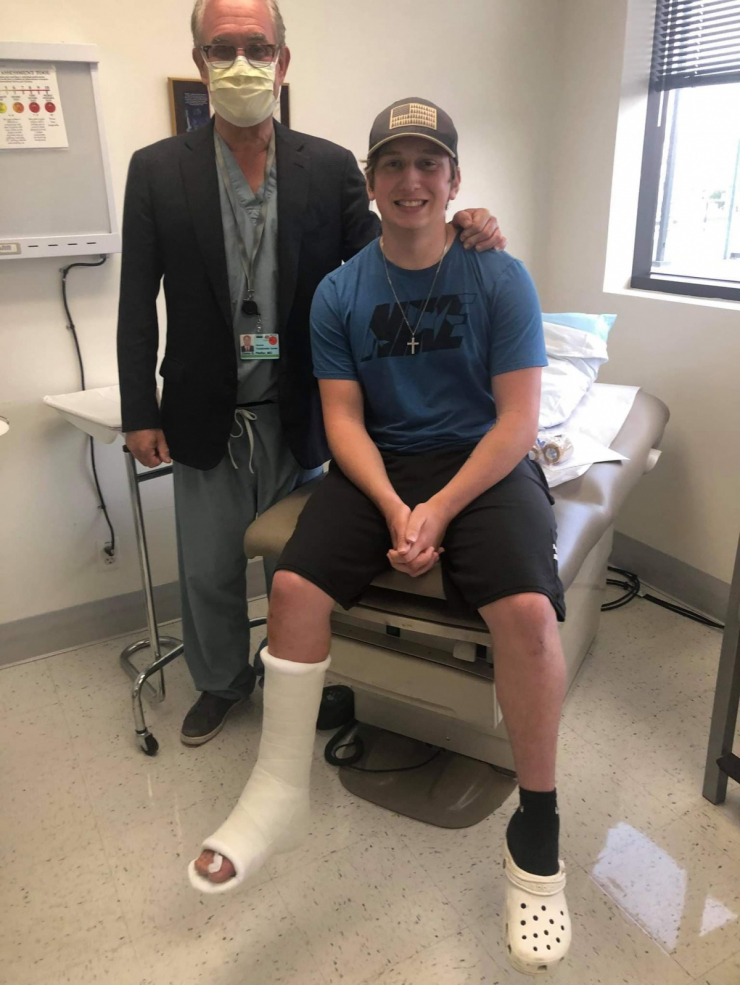 Unfortunately, their joy was short-lived.

While Dustin was in Los Angeles, his grandpa Edward deteriorated after a long decline in mobility. Like Dustin, he was a fighter and hung on well past what the hospice nurses had expected. Edward Cambria passed away at the age of 74 on June 10, 2021, one day after Dustin returned from California. 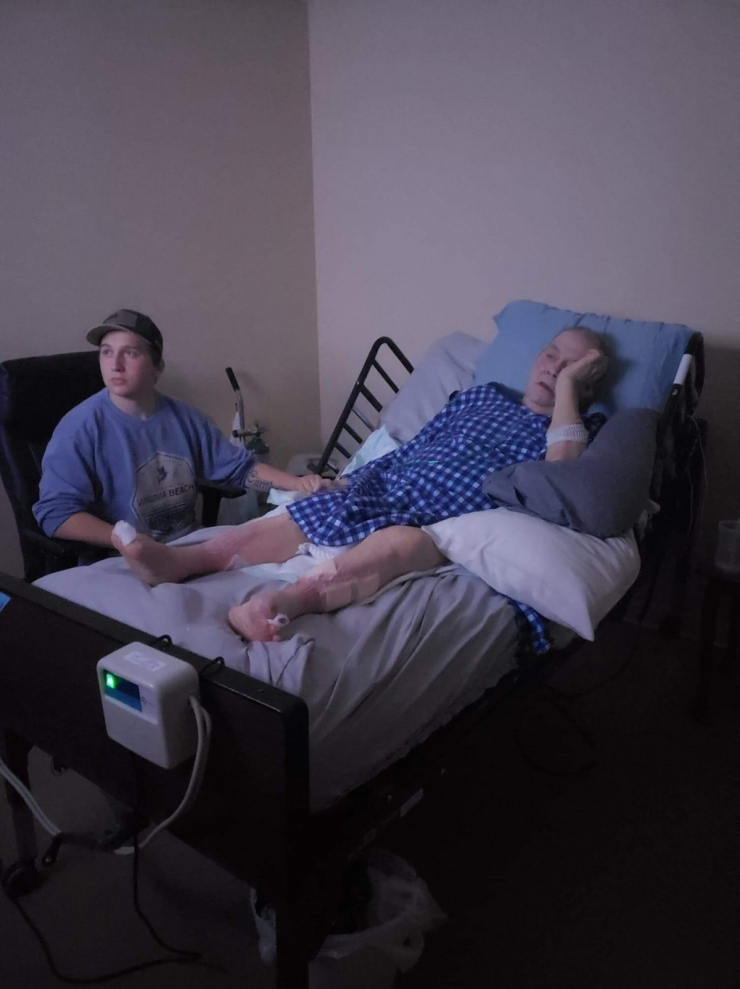 “It was as if he was waiting for his boy and that last visit,” Tammy tearfully recalled. “It was a crushing blow for Dustin to lose someone that was such a strong and central force in Dustin’s life. We all continue to mourn his loss.” 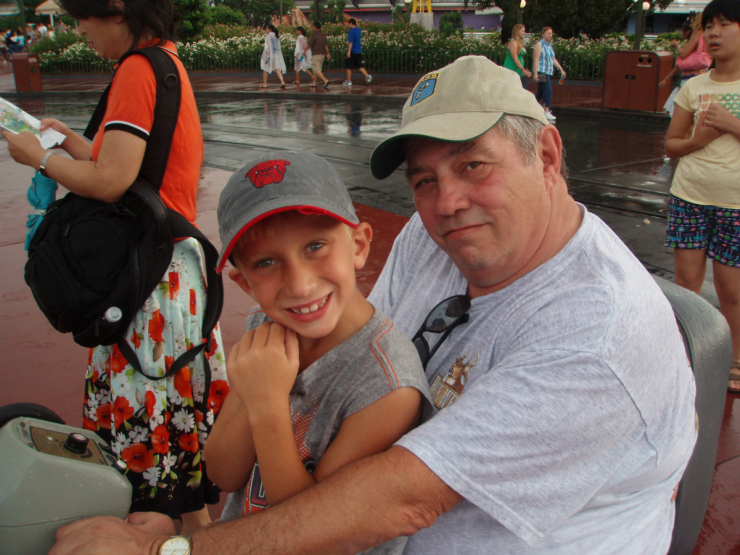 If Edward had taught him anything, it was that he was strong enough to overcome any hurdle in his way. He wasn’t alone in this. 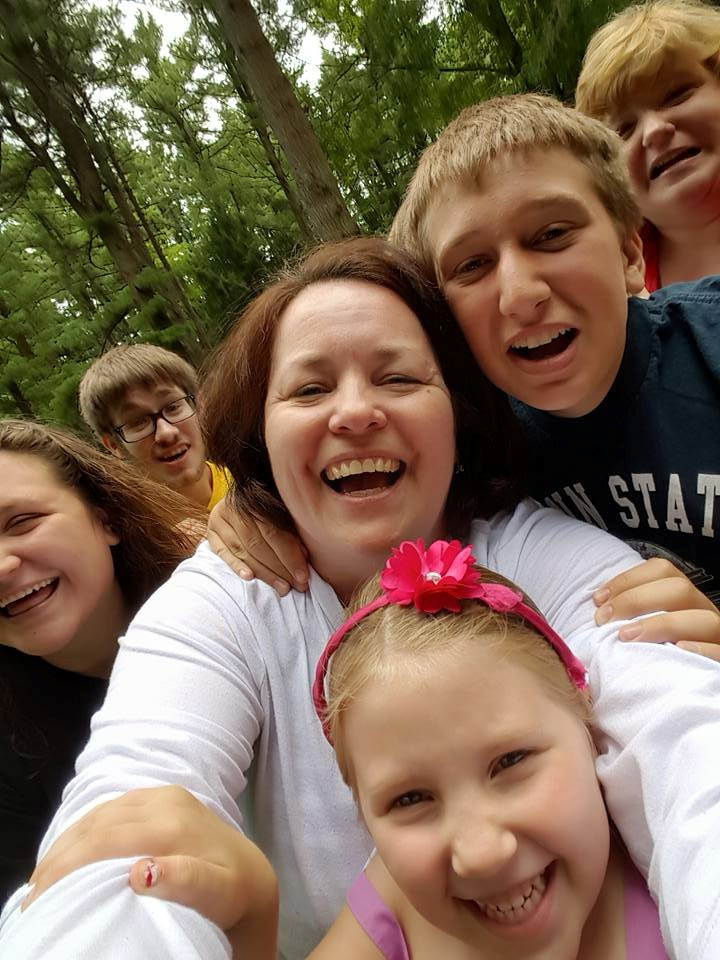 Dustin’s future is unclear. What he knows is that a second surgery is on the horizon. And while the family was able to fundraise for the initial procedure, that wasn’t possible a second time around.

So where do you go when you have nowhere else to turn? You already know the answer to that.

His family will be right there with him, some physically: 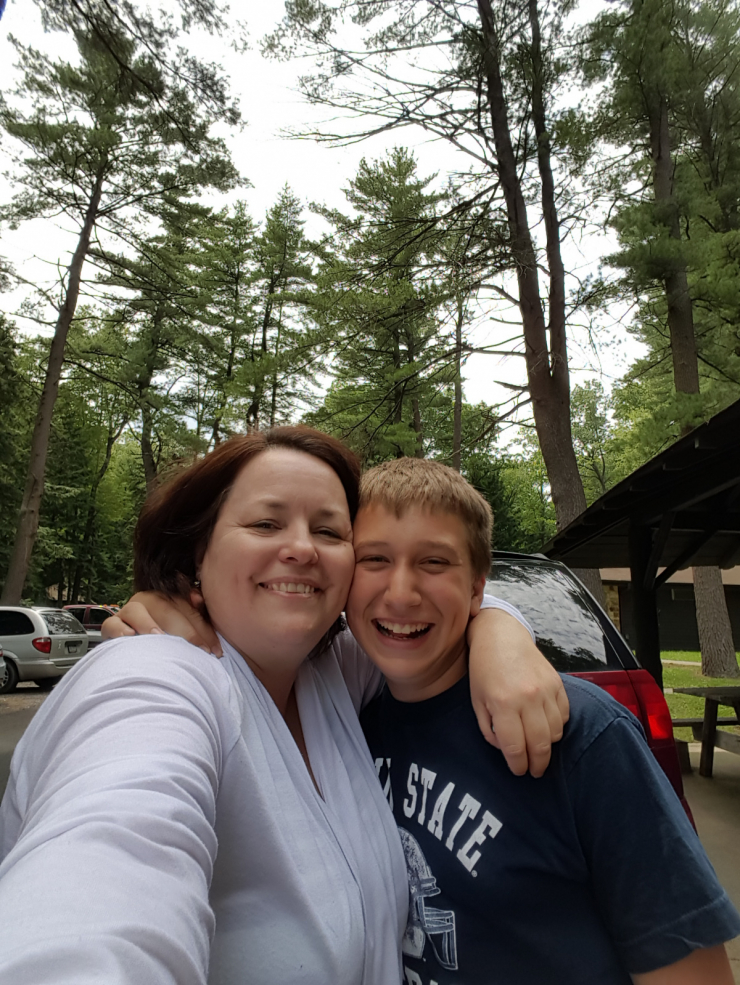 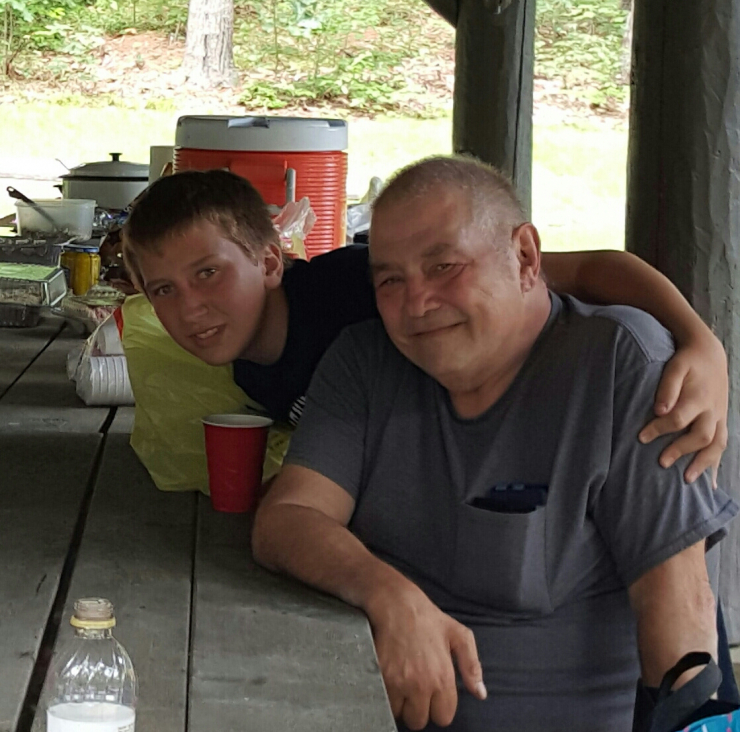 “We want to express our utmost and deepest gratitude to the donors of Chive Charities for their generous and very meaningful support of our family in helping us achieve the goal of a better future for Dustin. You are changing his life, and words can not express what it means to us for you to help Dustin on his journey!”

At Chive Charities, we’ve met 465 veteran, rare medical, and first responder recipients who know what it means to be knocked down and get back up again. Thanks to donors like you, they don’t have to do it alone. When they fall, you rise up to help.

If you haven’t come along on this amazing donor journey with us yet, today is your day to become a monthly subscriber. For as little as $10/month, you can change more lives just like Dustin’s. What do you say? DONATE HERE.