I don’t know about you, but I believe everything happens for a reason. Even the bad stuff. Call it karma, call it fate, but the things we experience are things we’re supposed to experience, even if we don’t understand why. 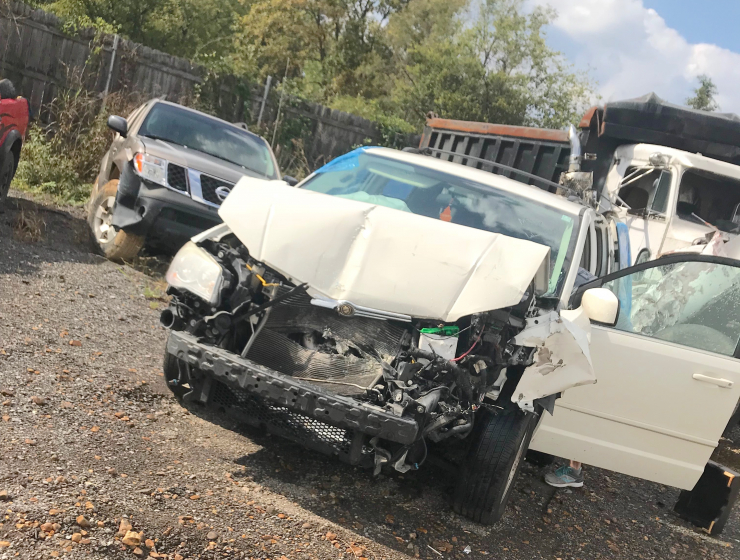 This is Roxanne’s van. Well, it was. But on October 4th, just as she received yet another round of bad news, she totaled the van. The timing couldn’t have been more perfect. 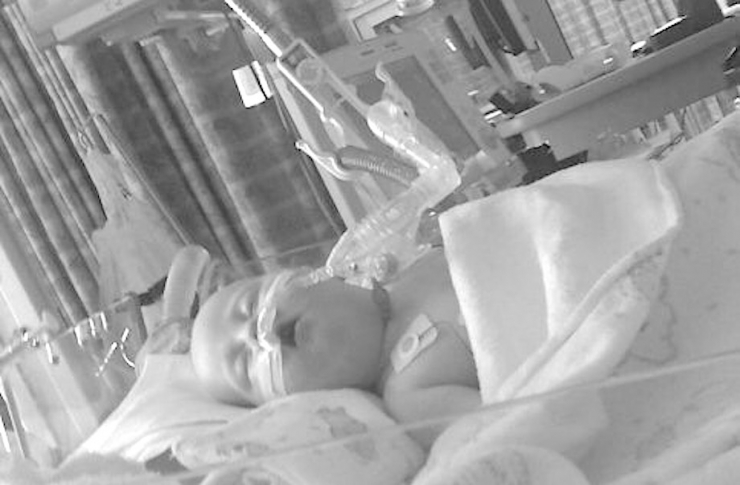 Ten years earlier, Roxanne and her husband Tim got a call that rocked their world.

“My cousin called me one day out of the blue,” she remembers. “She said she’d had a baby, that the baby was premature, still in the NICU, and needed a home. We had a 14-year-old adopted daughter but hadn’t had kids of our own, and we knew if we didn’t take this baby, she would end up in the foster care system. How could we say no?” 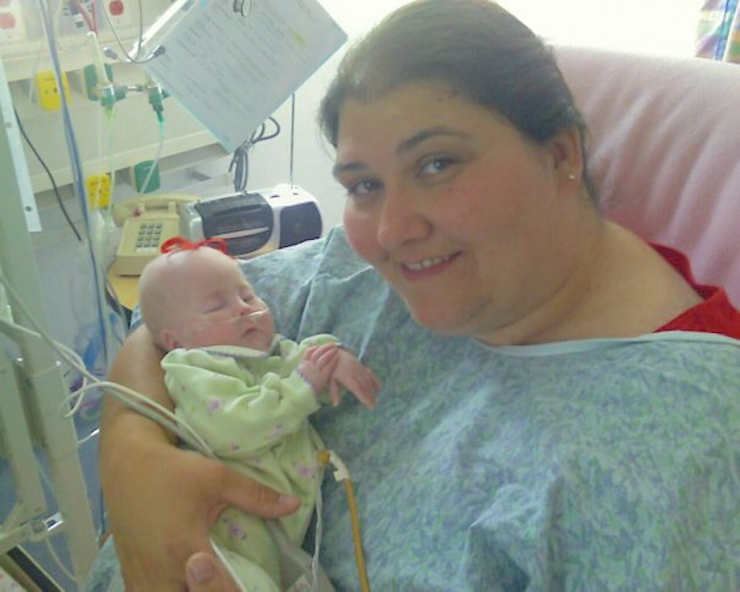 For the next few weeks, Roxanne lived at the hospital with Gracie, learning the intricate and complicated details of caring for a medically-fragile infant. 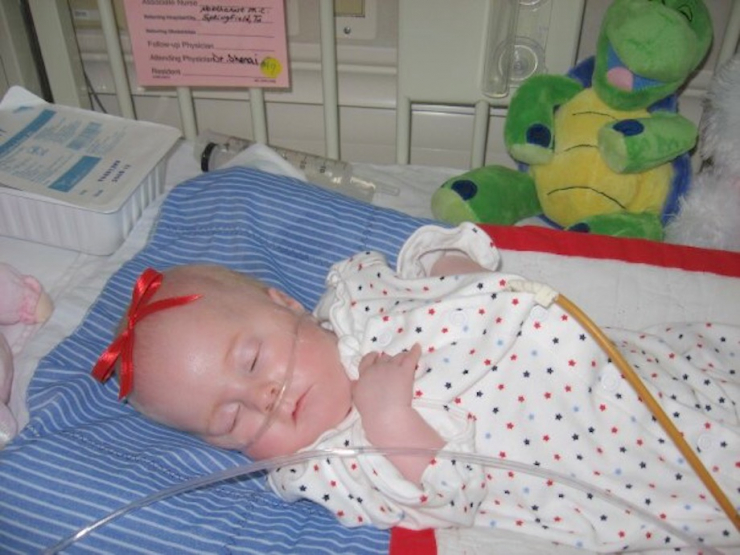 Gracie had already endured two major surgeries by the time she was three months old – one on her heart and the other to place a feeding tube – and she was undergoing extensive genetic testing to determine the cause of many other issues. In July of 2008, she was diagnosed with Prader-Willi syndrome (PWS), a multisystem disorder characterized by lethargy, extremely low muscle tone, and the inability to feed properly. As patients get older, their feeding and appetite improve, often to a point where they don’t feel satisfied after a meal and are in danger of extreme overeating. There is typically some level of cognitive impairment, but it varies from one patient to the next, and doctors couldn’t really tell Roxanne what to expect. 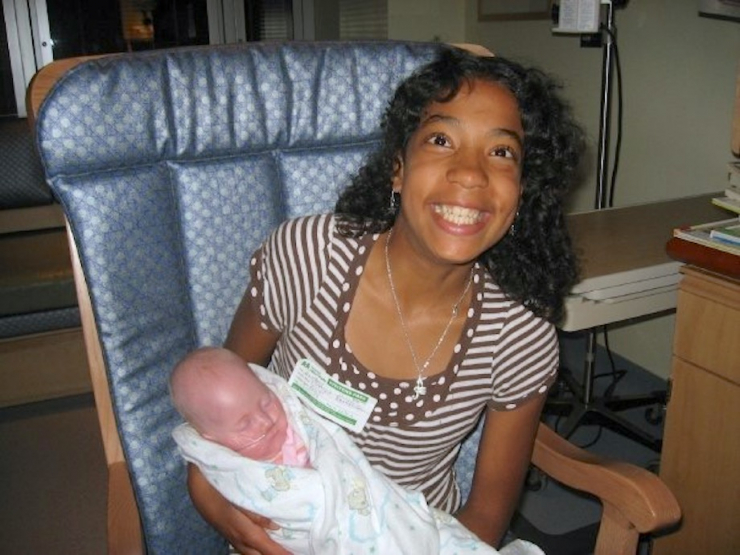 It was a lot to take in, but Gracie’s new family welcomed her with open arms. 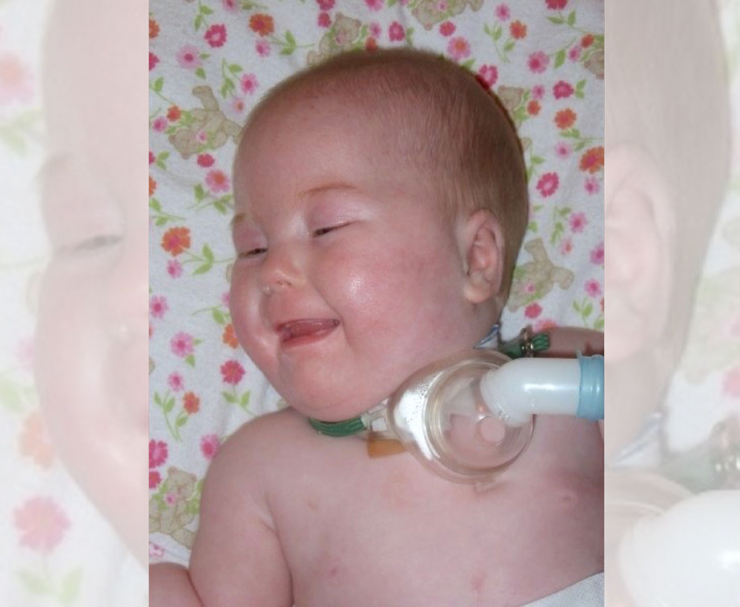 Over the next few years, there were lots of ups and downs. By the time she was a year old, Gracie had a tracheostomy to address her collapsed airway, a shunt placed to relieve excessive cerebrospinal fluid, and several serious illnesses and hospital stays. 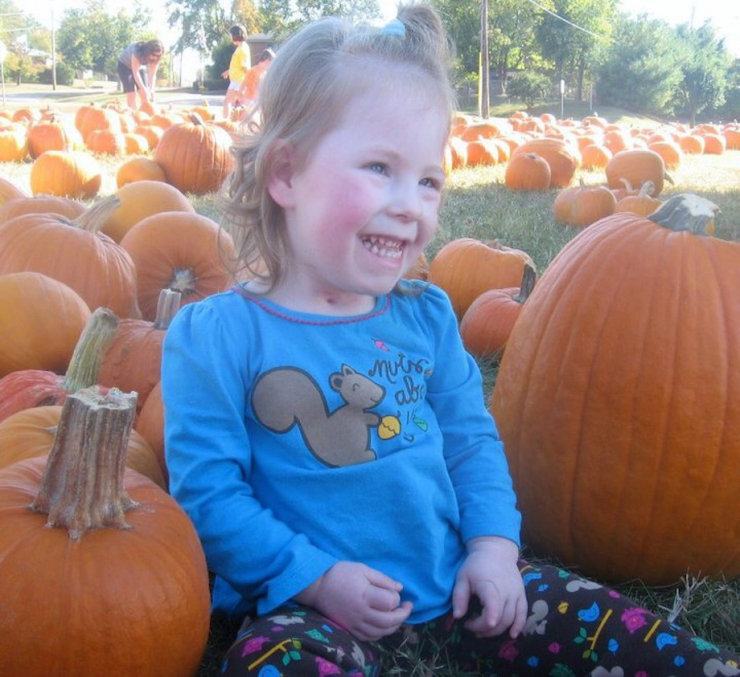 She also worked her tail off in speech, occupational, and physical therapy. She learned to eat solid food, sit up, and breathe without her trach. 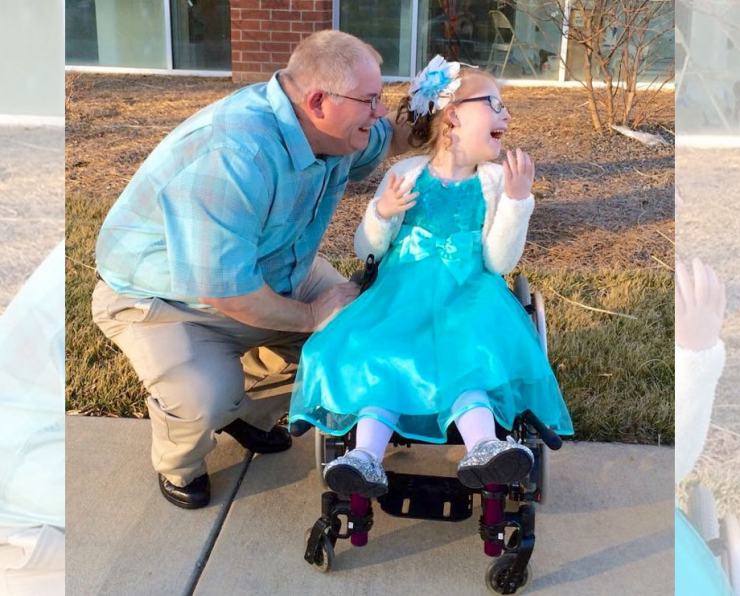 She hasn’t learned to walk unassisted yet, but she can operate her wheelchair by herself, write her name, and communicate with her iPad. 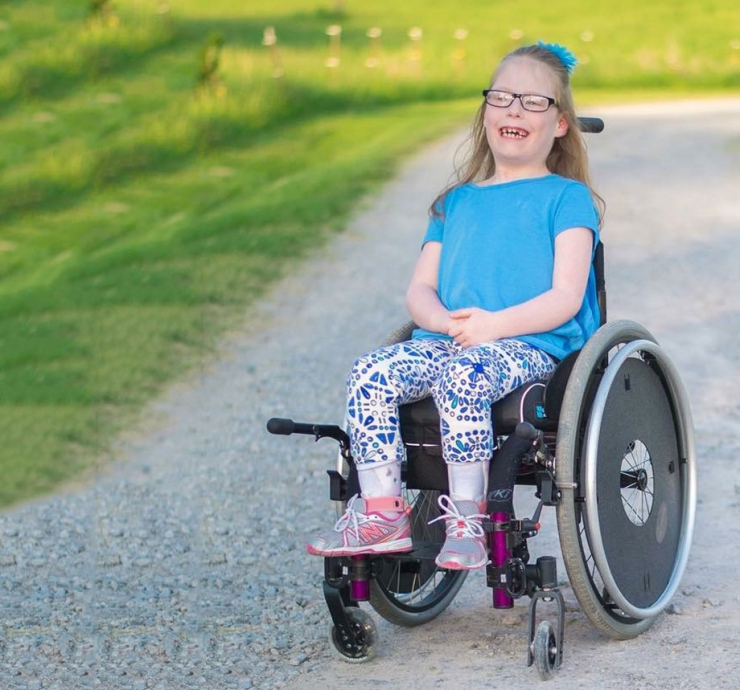 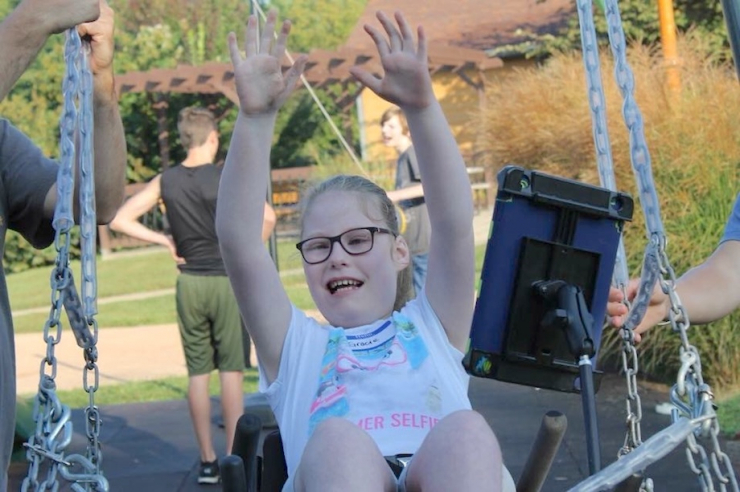 If you know Chive Charities, you know we give grants to people and causes that don’t have big foundations pulling for them and might never get the help they need if we didn’t say yes. In our short six years, we’ve donated more than $12M to more than 280 deserving recipients, and this summer, Roxanne applied to be one of them. Her old van was on its last leg, and she needed a reliable, safe, wheelchair-accessible van to transport growing Gracie. 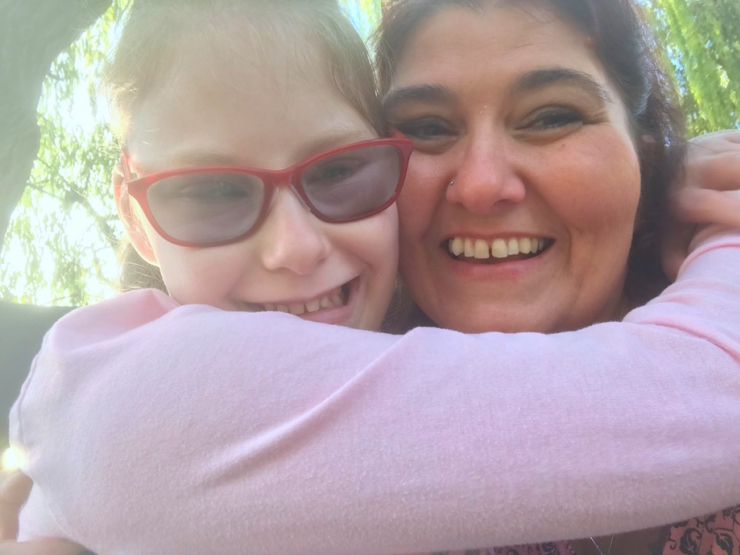 Our team meets once a quarter to review applications, and let me tell you, it’s torture. SO many great people facing unimaginable challenges and completely kicking ass, and somehow we have to narrow them down to approve around 15. It’s simultaneously the best and worst day.

A few weeks later, she was driving her old van, deep in thought. She had just heard back from the mechanic about all the repairs the van needed that she couldn’t really afford, trying to decide what to do first, if anything. She passed a church, noticed they were having a big yard sale, and when she looked back, the car in front of her had stopped. 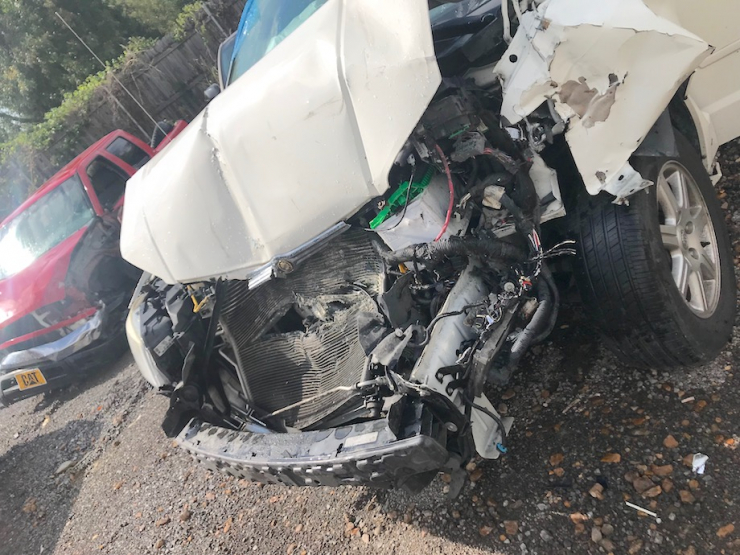 Roxanne was the only one hurt, which I guess is good, all things considered, but her injuries were bad. To top it off, she and her husband Tim were going through a divorce, and she was caring for Gracie on her own most of the time. A car accident was something Roxanne really did not need.

But the universe works in mysterious ways. One of the applicants Chive Charities initially approved no longer needed help, so we had room for one more. That one more was Roxanne and Gracie. 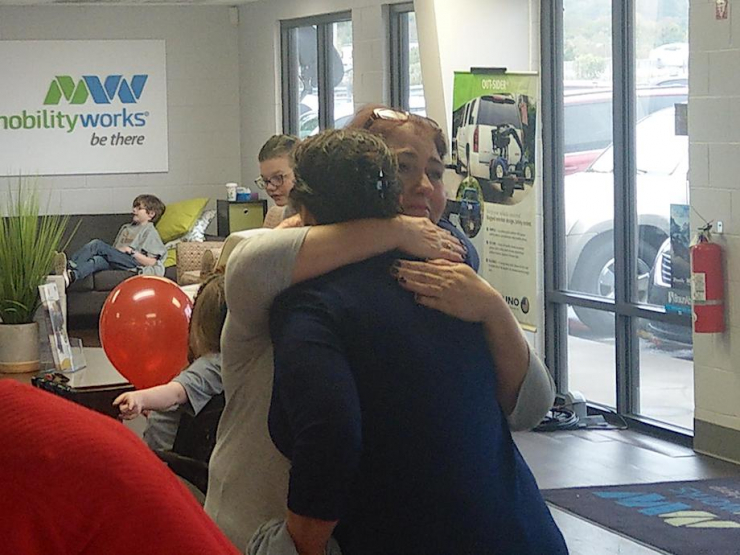 We couldn’t wait to tell her the news!

Roxanne and Gracie went down to Mobility Works to talk about their new van – logistics, features, color (Gracie asked for red, which is really hard to pull off in wheelchair-accessible van world), and Chive Charities made the payment ($47,000 for a new BraunAbility van). A few weeks later, the van arrived, and Mobility Works threw a party. 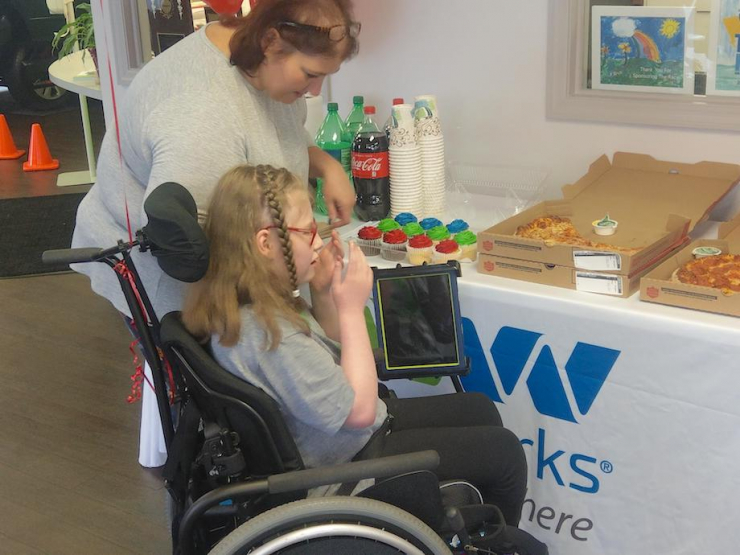 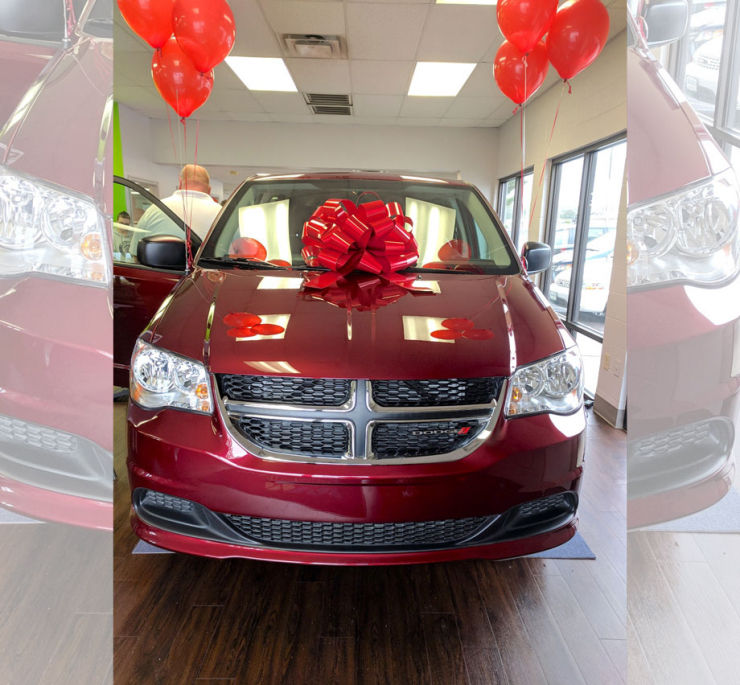 They really are wizards. Kudos for getting ANOTHER elusive red van for our amazing recipients! 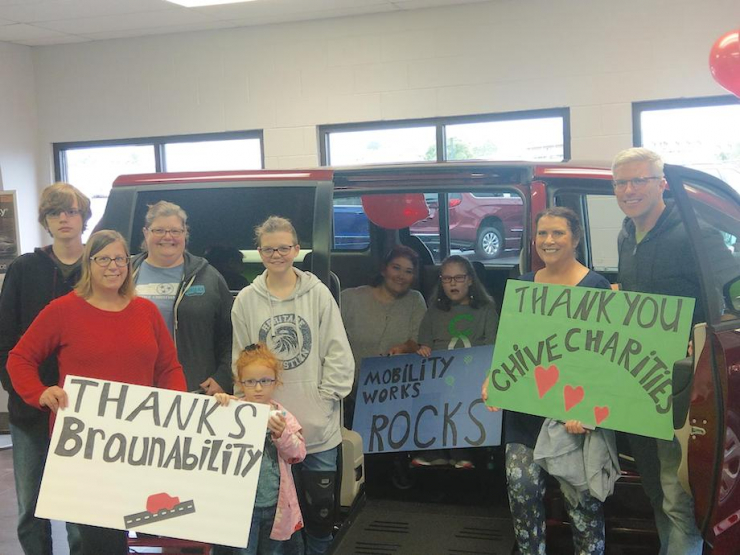 “The ability to travel safely and comfortably with Gracie is so important. I just cannot express our gratitude enough – we are forever grateful you have chosen to help her (us)!” 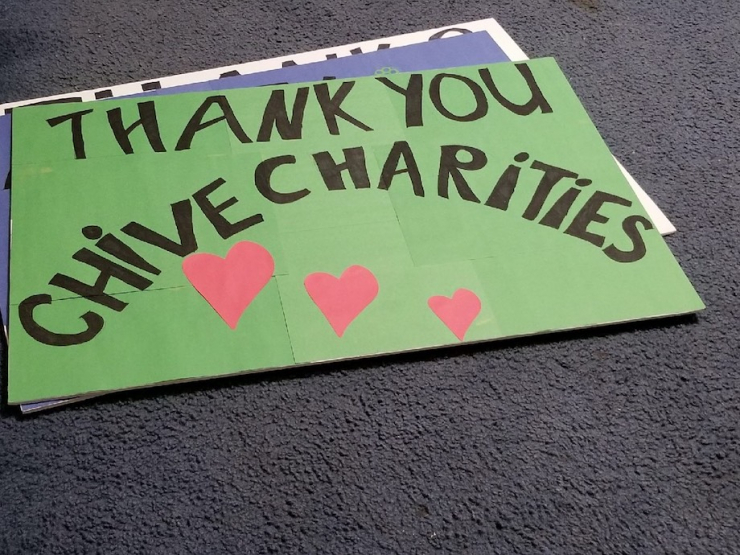 You are SO WELCOME. 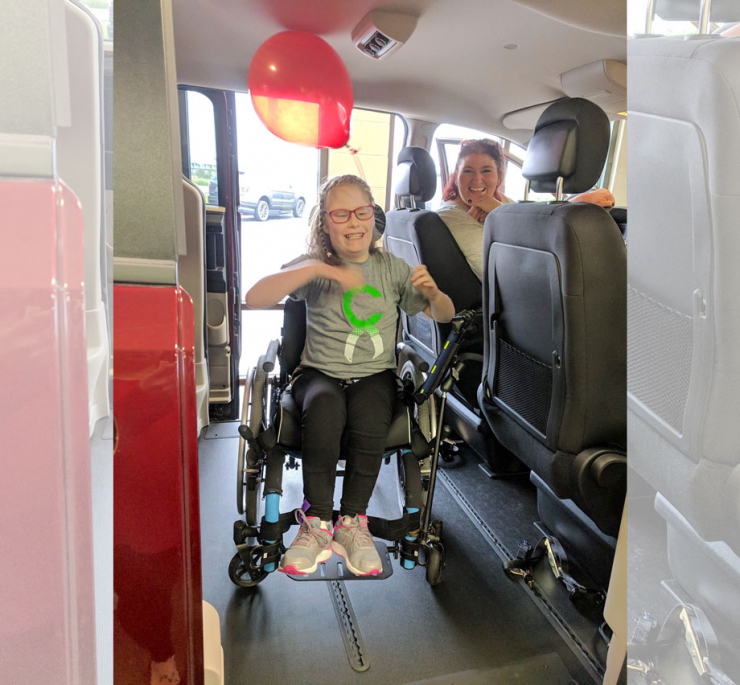 The universe has spoken. More underdogs like Roxanne and Gracie need help, and this is your chance to make it happen. Become a Chive Charities monthly donor RIGHT HERE. You won’t be sorry. 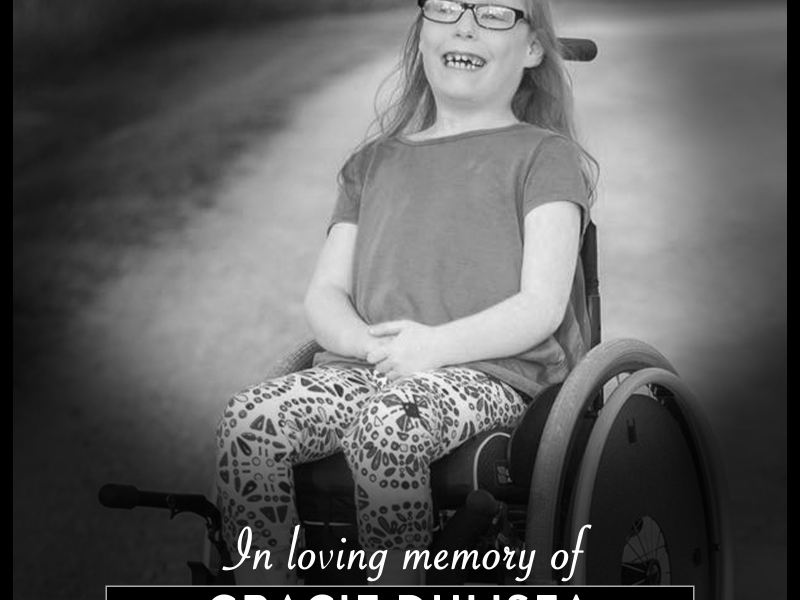 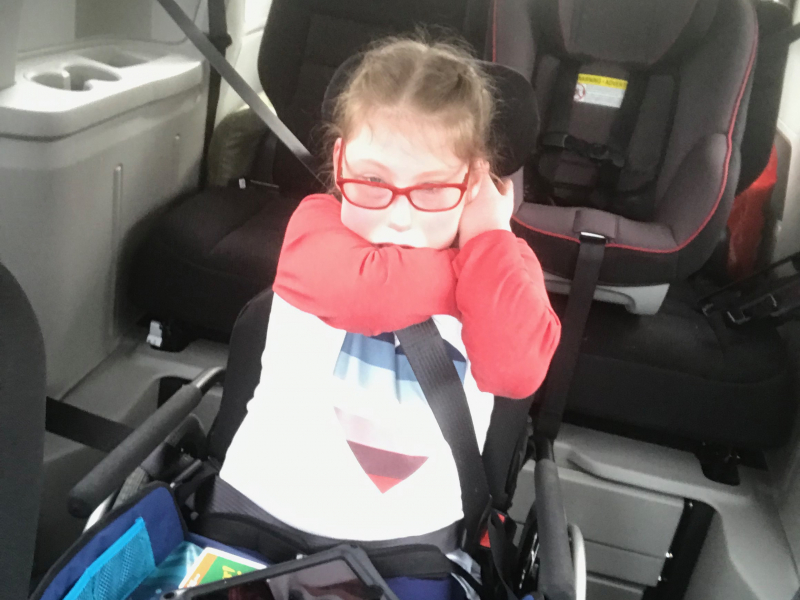