It takes all of us

When the Zoom video clicked on, three smiling faces filled the screen. The girls looked like they could be sisters, but we knew the mom, Tamera, was on the call, too. Finally, we spotted her in the middle, arms wrapped tightly around her daughters.

That image - the three of them grinning happily - is a pretty accurate picture of what their days look like together. When you realize all of the challenges they’ve faced and continue to overcome each day, that becomes even more remarkable. 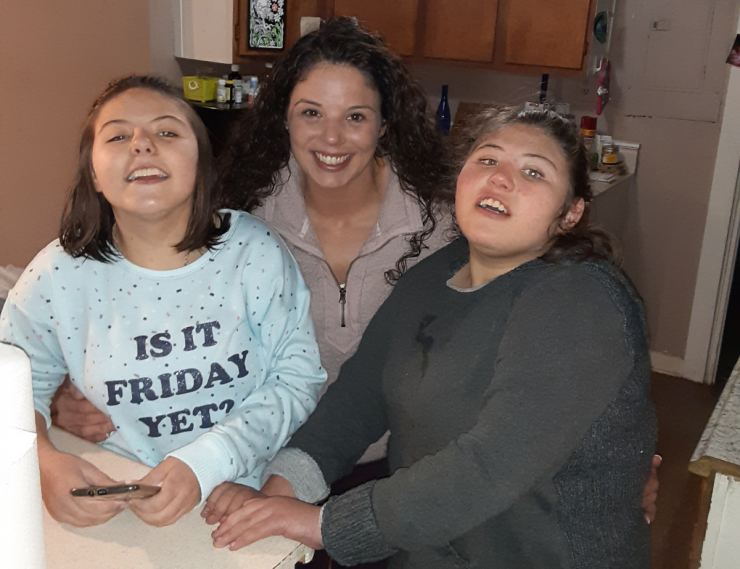 “Things seemed normal when Zoe was born,” Tamera explained. “Then, around six months later, her development really slowed down. She was diagnosed with microcephaly (smaller than average head), Duane syndrome (congenital eye movement disorder), and around 1 ½ years, cerebral palsy.”

While they were getting some more answers about Zoe, Trinity was born. Six months later, she also started exhibiting similar symptoms and Tamera knew something else was going on.

The first major event happened before Trinity’s first birthday when she had a seizure that lasted for nearly 45 minutes. Nothing the doctors tried could reverse it, and she ended up staying in the hospital for a full week.

Both started walking around the time Zoe turned 4 and Trinity was 3, and at that point, Trinity was having 30-40 seizures each day. They just couldn’t seem to catch a break. It took all their parents had to keep going. 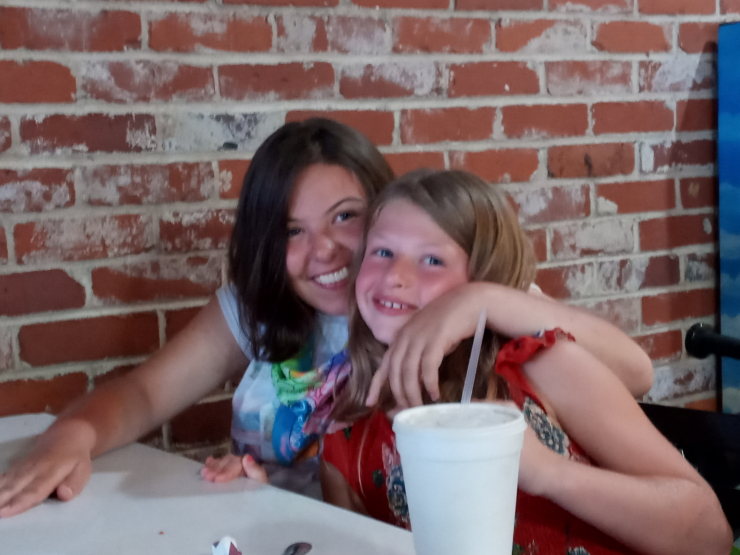 Tamera’s husband had two strokes, and she was taking care of his needs along with that of both daughters. “It put a lot of strain on our marriage,” she told us. “We divorced but remained friends and caretakers for the girls.”

Through all of the struggle, these three have continued to rely on each other and a close network of supporters - including amazing nurses, school employees, and their church family - to get through. “It takes all of us,” Tamera said with a smile.

Their love for one another certainly doesn’t hurt, and Trinity was laying some big kisses on her sister throughout our call. 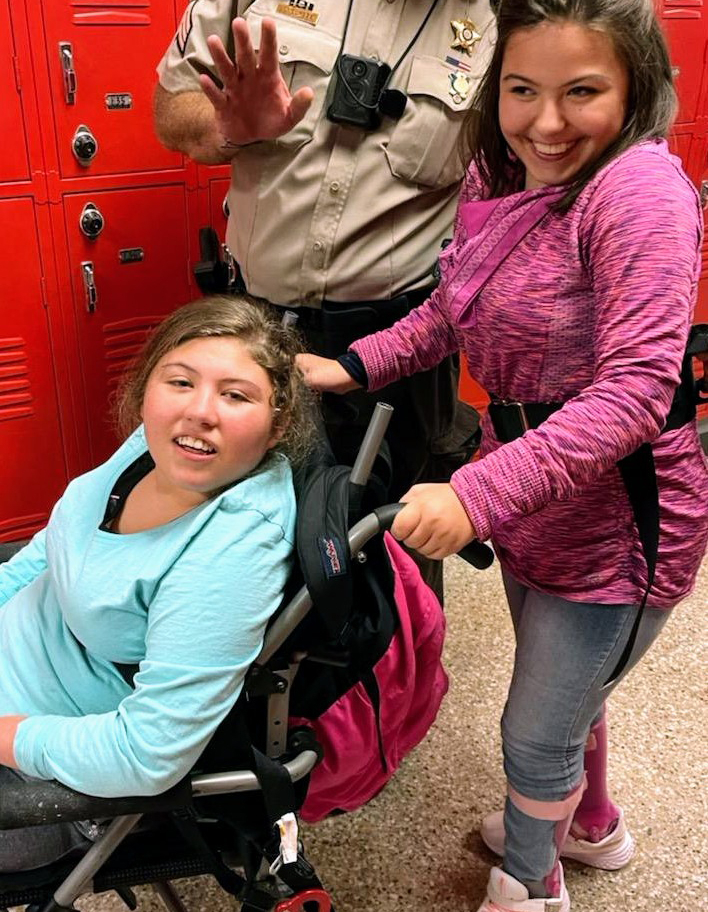 Tamera laughed and said, “They love on each other when I’m around, but when they’re alone, they want their space.” Sounds like sisters to us.

She also told us more about their personalities, like how Trinity loves horses (especially equine therapy), Elmo, babies, and things that dance. Zoe loves baby dolls, too, plus cell phones and taking selfies (sound like any other teens you know?).

“They also really, really love to eat,” Tamera said. “Chips and french fries are real crowd-pleasers, but they’ll also eat onions raw - that’s how much they love them.”

Tamera might have a great network of support, but she also handles a lot by herself. Yes, her daughters have complex medical needs that require hourly attention, but there are a lot of little things that pop up that you might not even think about. 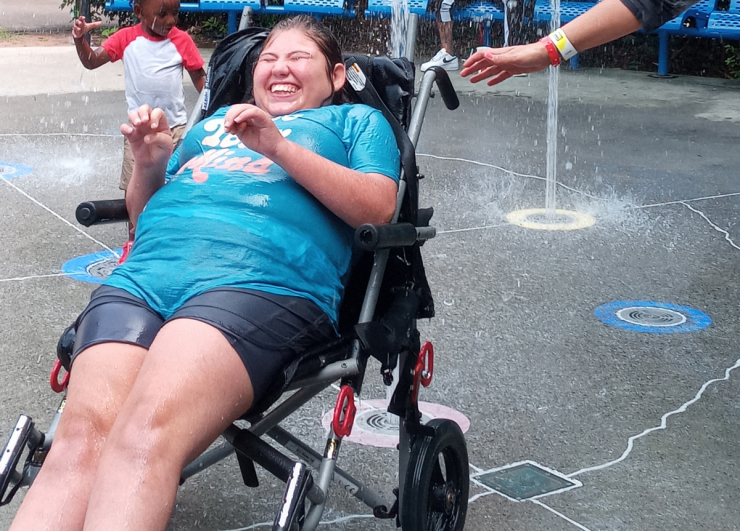 Take dental appointments, for example. Both girls have to be fully sedated even for routine cleanings. So trying to transport them to and from her vehicle with all of their equipment is a huge task. They also love going to church every week, which Tamera tackles solo. Thankfully, they have an awesome community at the Gethsemane Baptist Temple who noticed the strain on Tamera and added a parking spot right in front appropriately labeled, “Reserved for Trinity and Zoe.” 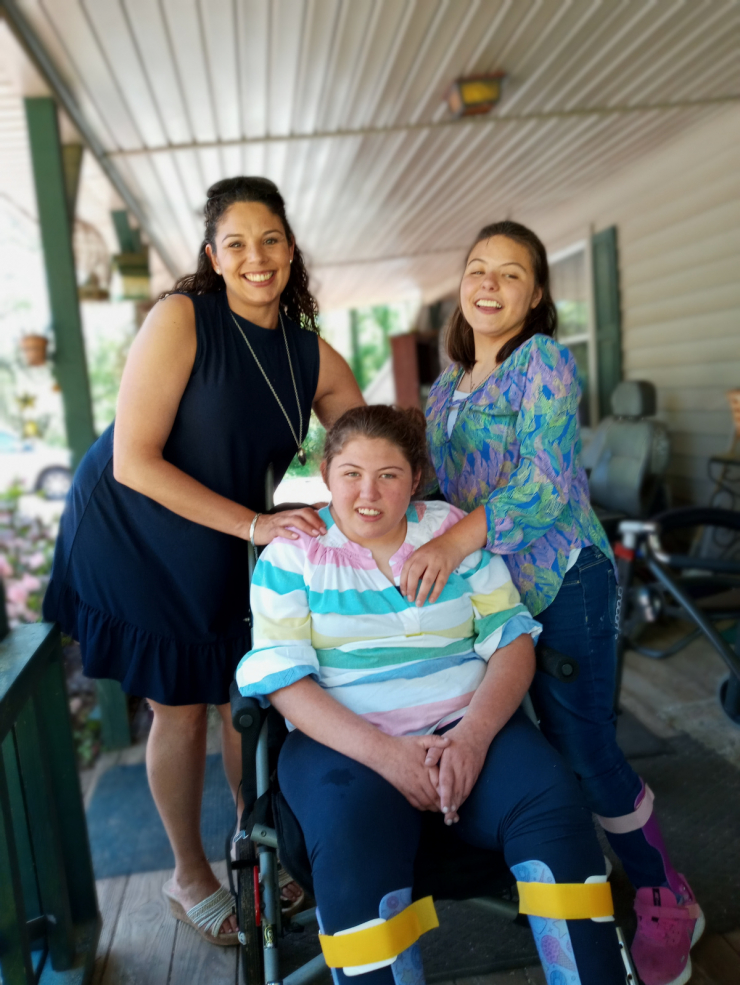 When you hear Tamera, Trinity, and Zoe’s story, your first inclination is to help in any way possible. All of us at Chive Charities felt it, and so did Allen Siegel, one of our friends and partners from AMS Vans.

“With the girls growing and getting so big, it’s becoming harder and harder for me to get them around,” Tamera told us. “Allen saw our need for a wheelchair-accessible van and said, ‘I know a group of people who might be able to help you out,’ and that’s when I first heard of Chive Charities.”

Seeing as how AMS Vans has helped us grant 55 ADA vehicles since January 2020, it made sense that our organization was top of mind. 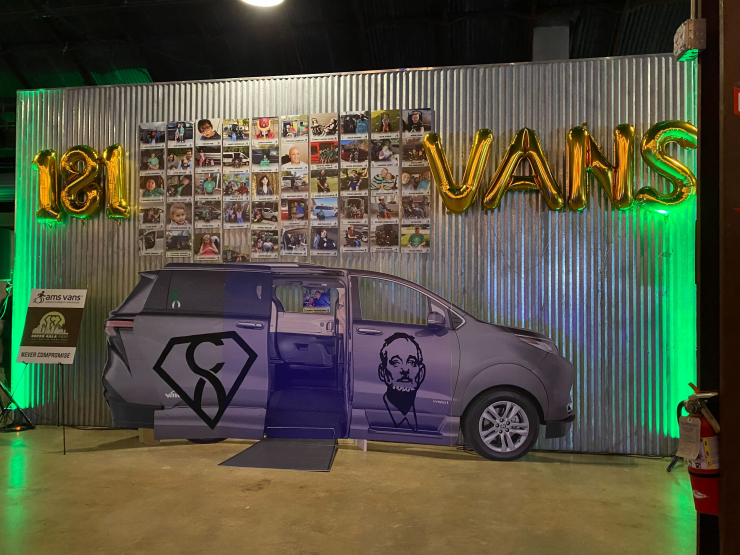 Every month, we receive donations from people all across the country ranging from $10 to $200+ or more, and that money goes into our Green Ribbon Fund to provide life-changing grants for families like Tamera, Trinity, and Zoe. Because of those donors, we were able to make this 2019 Dodge Grand Caravan #56 with AMS Vans for a total impact of $45,661. 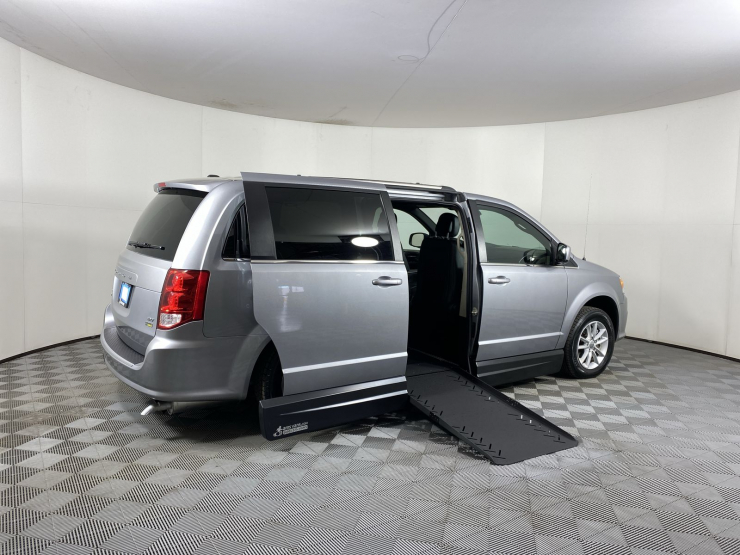 It’s tough to know what’s to come for the girls. Their diagnosis is so rare, it’s hard to know the outcome or prognosis. Tamera has seen some regressions in the last few years and more surgeries and procedures are almost guaranteed. Having this extra support and freedom-giving vehicle can’t be understated.

“This is truly going to change our lives. I don’t have the right words to say thank you, but just...thank you,” Tamera said.

And the three of them filled the screen with smiling faces once again. 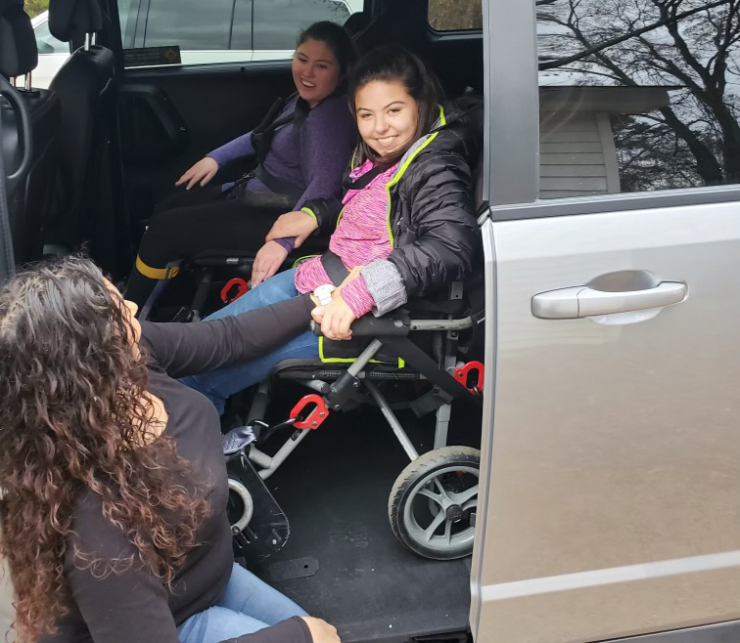 It takes all of us to make a difference, to step in and change someone’s life for the better. When you become a donor with Chive Charities, your contributions aren’t sent into some arbitrary fund somewhere. It goes directly to our veteran, first responder, and rare medical recipients like Trinity and Zoe. It goes to the ADA vans, service dogs, mobility equipment, and home renovations. For all of them - From all of us. DONATE HERE.