At one point or another, we’ve all felt the weight of the world on our shoulders. This last year alone has been frustrating and challenging and unpredictable. And for some families, it’s been another layer added to circumstances that are already hard to imagine. 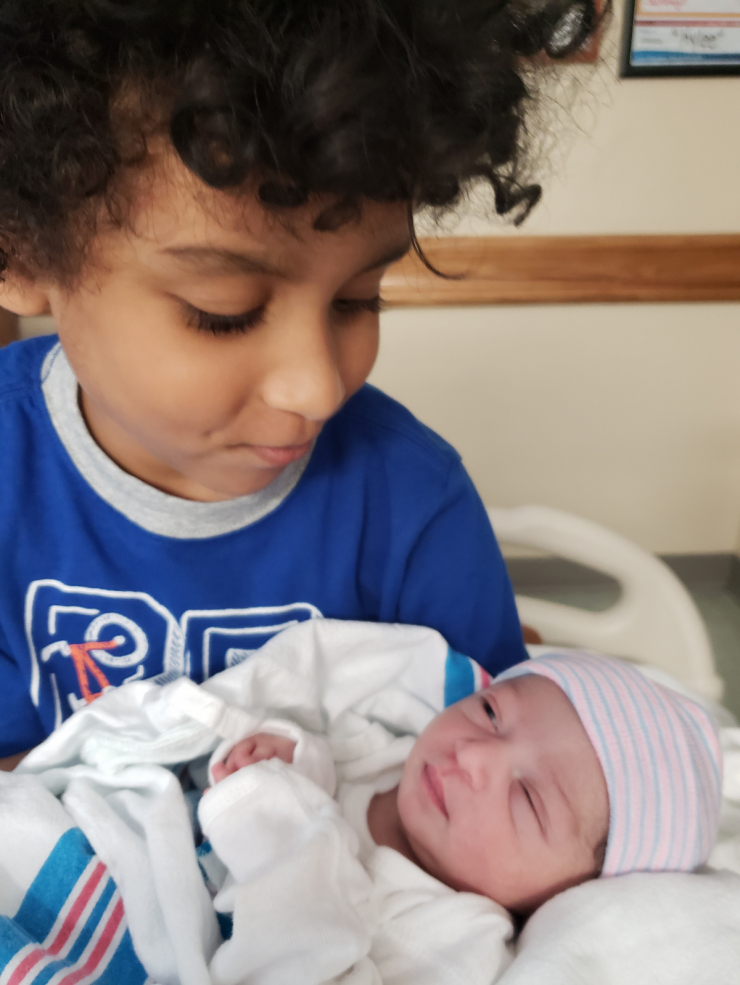 There’s a saying that goes something like, “Be kind, for everyone you meet is fighting a hard battle.” You never really know what someone is going through. Some difficulties are front and center, impossible to overlook. Others are buried deeper down, hidden in the corners of our hearts like a secret that will never be told.

Sharisse has had a little of both. 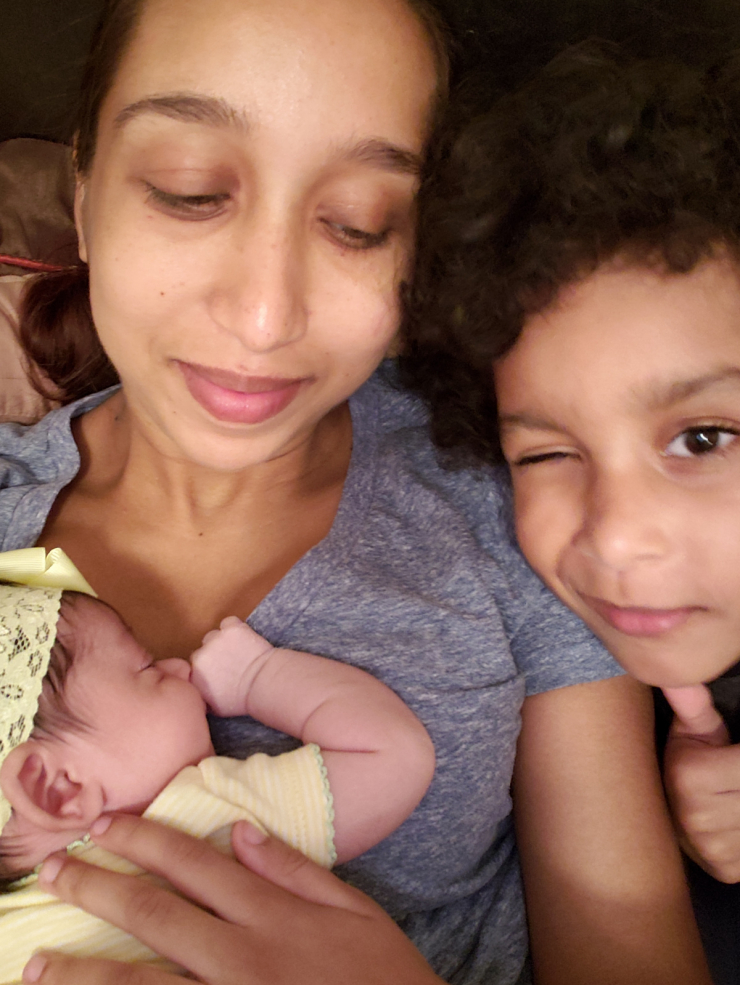 Three years ago, her daughter Kylee, was born at 39 weeks, 4 days - nearly right on time and seemingly healthy with her 10 little fingers and 10 little toes. At around five weeks of age, Sharisse noticed that Kylee had an almost imperceptible chest rattle, a small sound she made while breathing that seemed atypical.

Kylee spent two weeks in the hospital undergoing testing while doctors tried to determine the underlying issue. Until one day, they did.

Sharisse was straightening the bow on her daughter’s head, whispering softly to her and stroking her tiny cheeks when the medical team quietly shuffled in the room and cleared their throats. 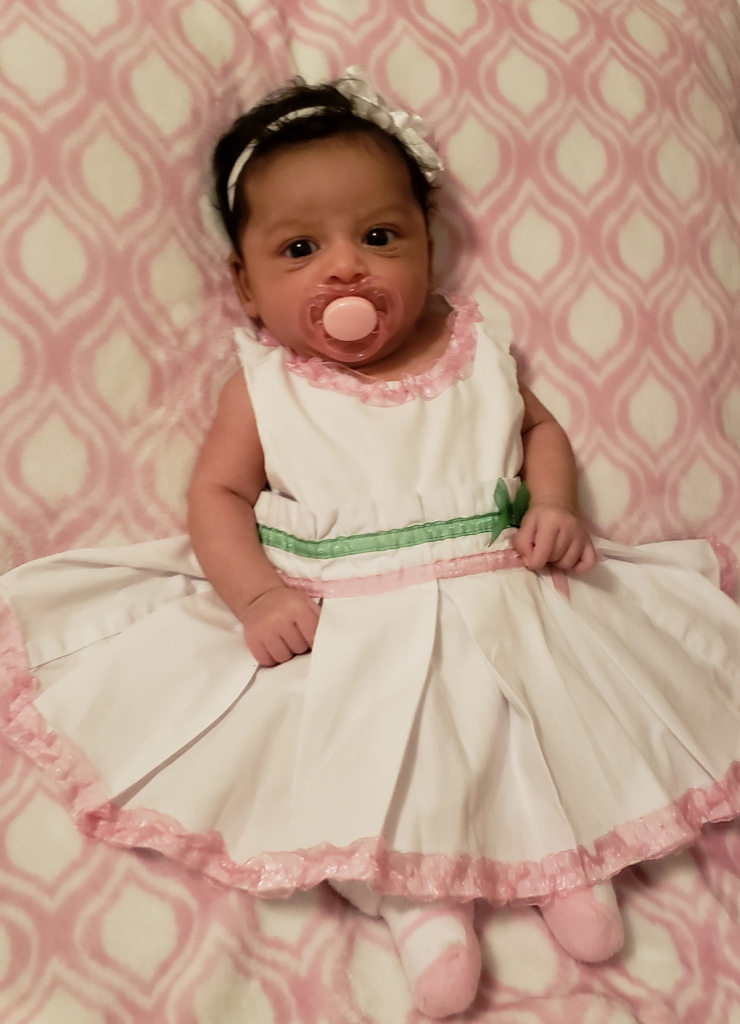 “Kylee has Spinal Muscular Atrophy (SMA), type I,” they said. “It’s the most severe form of the disease and unfortunately, there is no known cure. The life expectancy for this condition is 18 months…” Sharisse’s heart started racing, the rest of their words drowned out by an overwhelming sense of fear and helplessness. How could this happen? What was she supposed to do now?

Her first battle was here.

Sharisse took her daughter home and tried to adjust to her new normal as a single mother of two (including big brother, Denzlee, now 10 years old).

“Those first few months were like information overload,” she told us. “It’s difficult enough having a newborn and going through those early stages, but Kylee was even more complicated.” 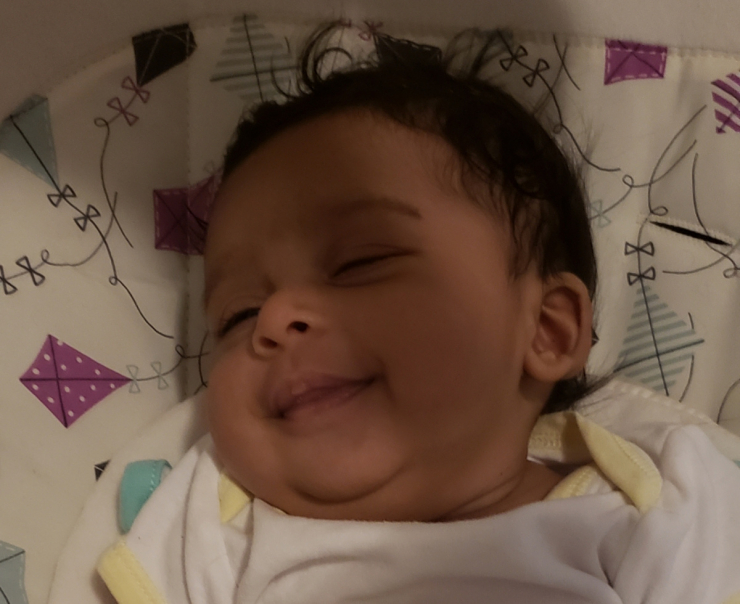 To make matters worse, Kylee started having some serious difficulties around five months and ended up in the Pediatric Intensive Care Unit (PICU) for more than 80 days. When she was finally released, it was with a new g-tube and ventilator.

“I had to learn how to do everything for her,” Sharisse explained. “At some points, I had help from visiting nursing staff, but I couldn’t rely on them for round-the-clock care. There was one time when I didn’t have a night or day nurse to help me for more than two weeks. I was so worried about Kylee and her monitors would constantly go off...it was just so hard. I didn’t sleep for more than two-hour stretches during that period.”

Still, Sharisse kept going; she kept fighting. And so did Kylee. 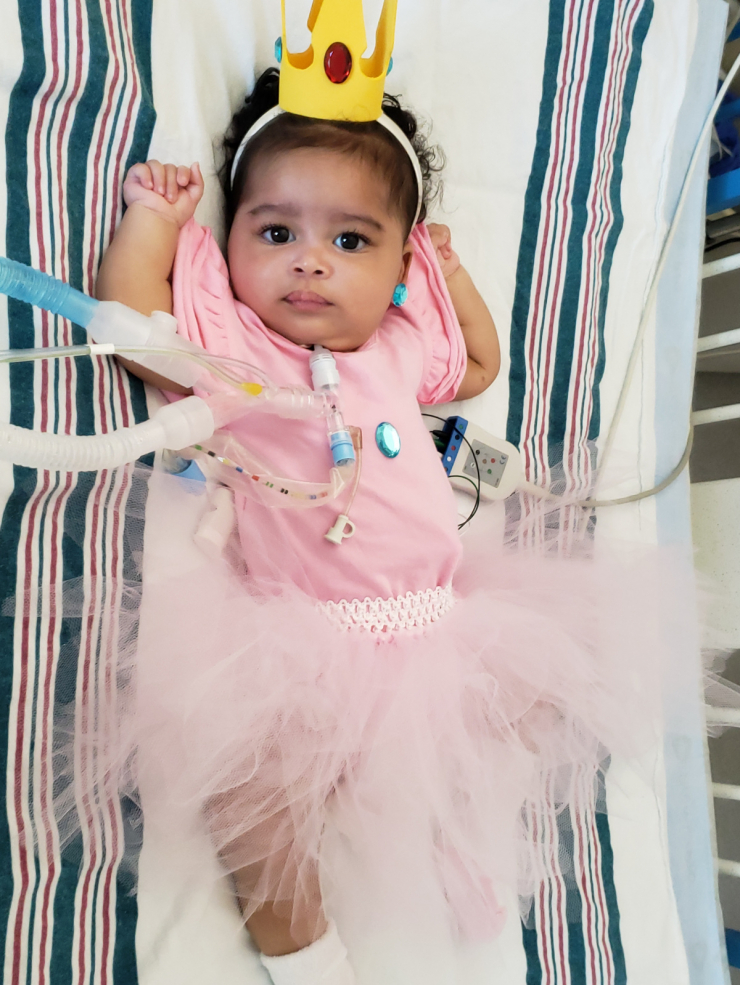 18 months came and went, and while there were moments filled with uncertainty and fear, this little family kept pressing on, saying, “Don’t tell us about ‘life expectancy.’”

Today, Kylee is three years old and still the girl with the big, beautiful eyes and sweet disposition. She has a spunky side, too, like anyone with a toddler could understand. Sharisse said her favorite things to do are throw toys, say “no,” and eat anything and everything that’s put in front of her. Our kind of girl. 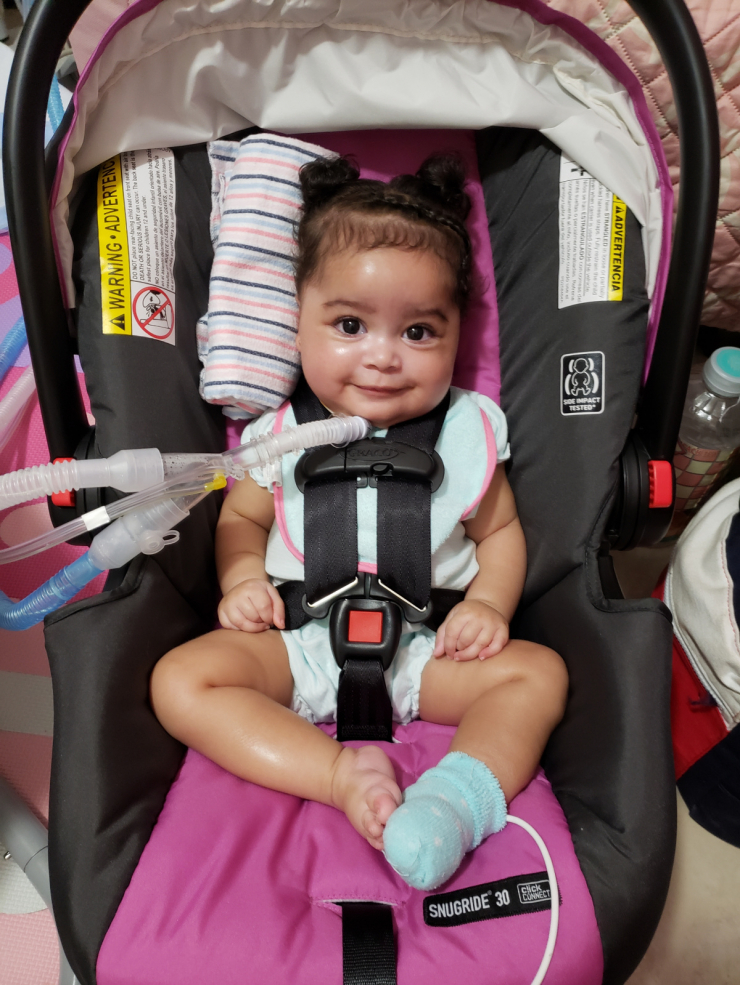 While Sharisse, Denzlee, and Kylee should have spent every moment of this last year celebrating Kylee’s milestones, celebrating the fact that she was defying the odds each and every day - that wasn’t so easy. Instead, they were fighting another battle, this time with their insurance provider.

The family currently does not have a vehicle. Not just a wheelchair-accessible vehicle, but any form of their own transportation. And while their insurance will cover transportation, it can only be used to travel to medical centers.

No parks. No zoo. No quick trips to Target. No car rides with the windows down and the sun on their faces...nothing. 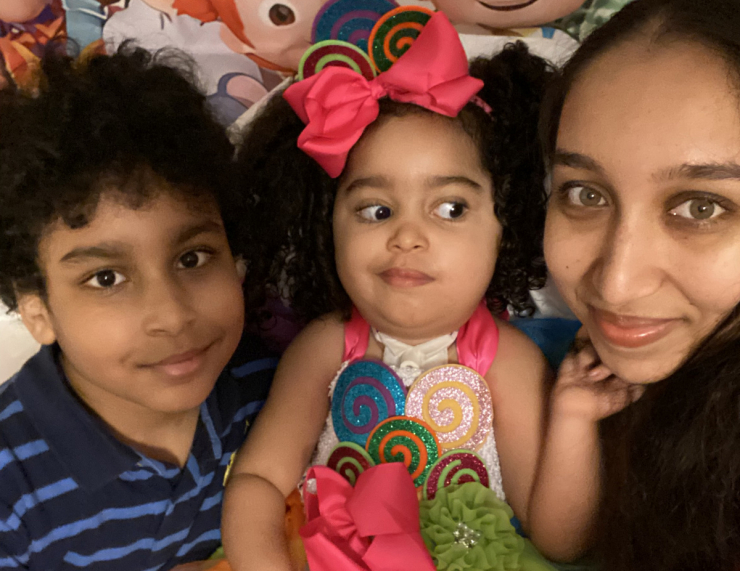 “The hard part about it is that we’re grateful for the ride,” Sharisse said. “It’s just not very reliable. Sometimes, we’ll have a 30-minute appointment and the transportation will be 30 minutes late, so we miss it and need to reschedule.”

“But probably worse than that is when they’ll drop us off for a quick appointment and not come back to get us for hours. More often than not, we spend more time waiting for transportation than at the actual appointment.” 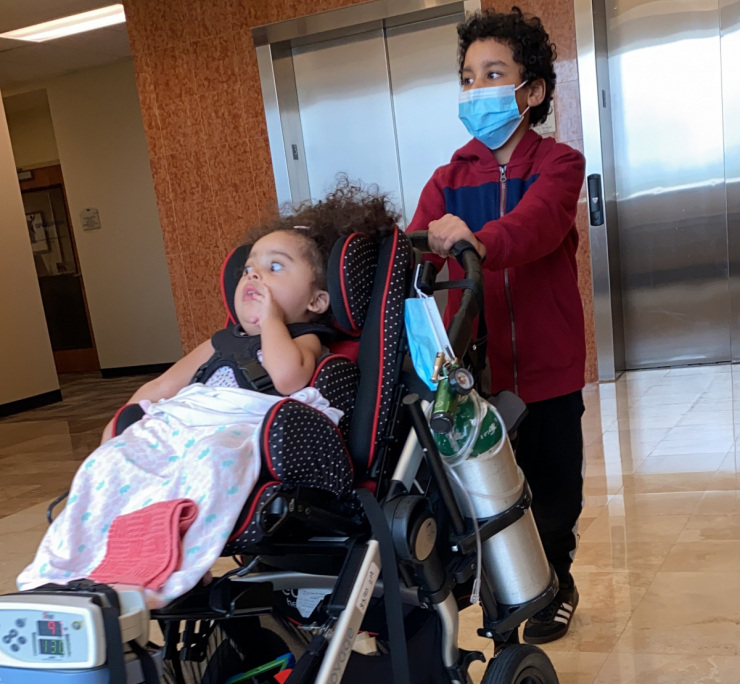 Remember, Kylee has been smashing expectations for 18 months now. Every day that she’s here is a miracle and none of it has been guaranteed. To think of her spending one unnecessary minute waiting to come or go from an appointment is unfathomable. 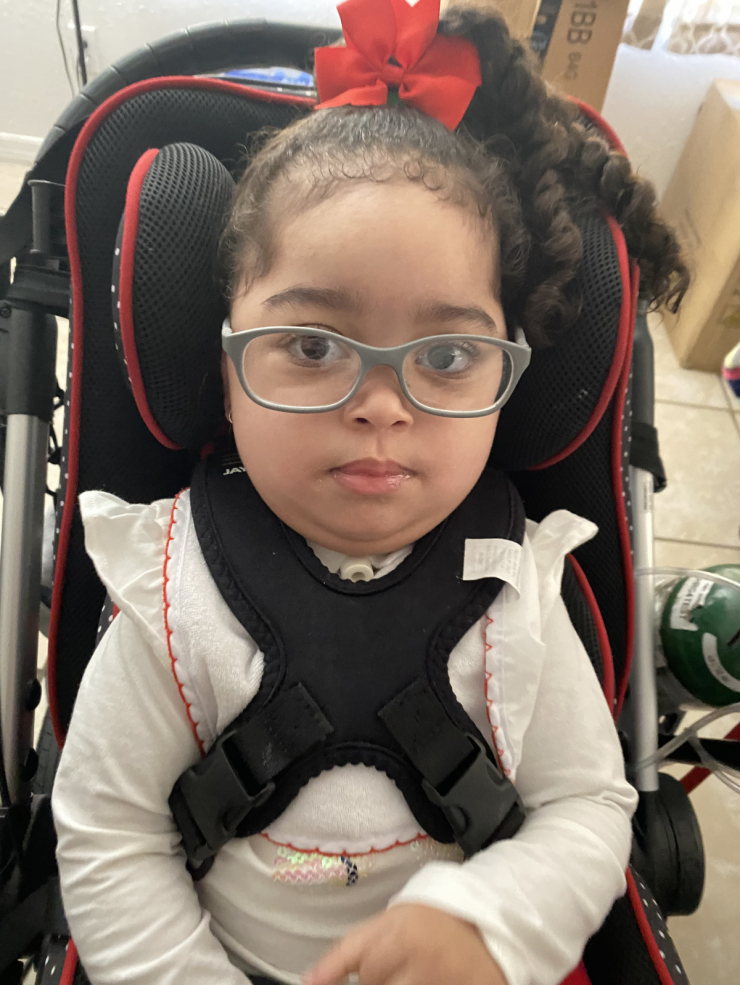 This family has fought battle after battle to get to this point, including some that we won’t even mention here, some that are too hard to put into words. They’ve been through it.

And yet, Sharisse keeps fighting, keeps looking for ways to make their lives easier. 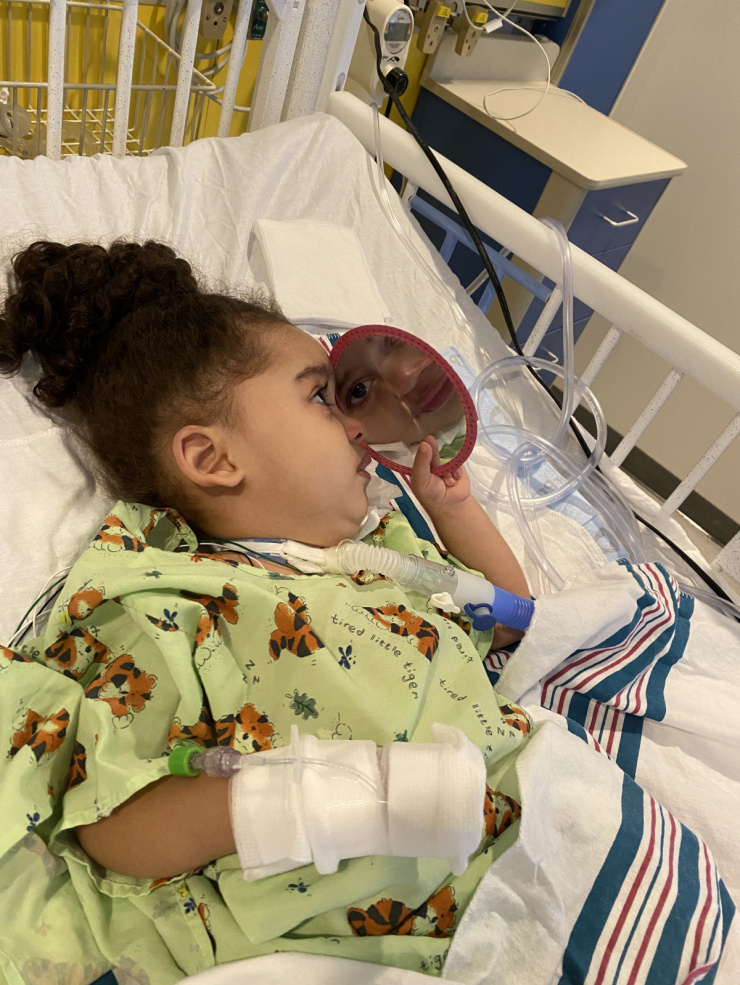 When Sharisse learned about Chive Charities, when she heard that we were an organization committed to supporting rare medical families like hers, it almost seemed too good to be true. Add to that the fact that championing the underdogs is core to all we do, and she was encouraged to dig in deeper and apply for a life-changing grant.

We are, after all, her type of people. We never stop fighting either.

A few weeks ago, a shiny and gray 2019 Dodge Grand Caravan pulled onto Sharisse’s street and parked in front of its new home. That once-in-a-lifetime delivery was only possible because of donors like you for a total impact of $45,069. 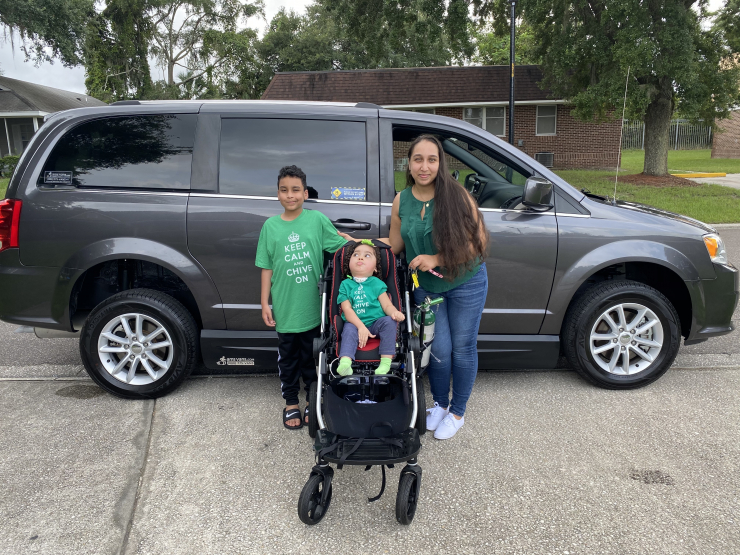 We’re pretty confident that when Sharisse, Denzlee, and Kylee take that first trip on their own to wherever they want to go - the park, the zoo, or Denzlee’s choice of Dave and Buster’s - the impact it has on their lives will be impossible to describe.

No need to pre-schedule a ride or wait hours to be driven to and from home. They can go where they want to go when they want to go. It’s all possible because of your selfless contributions. 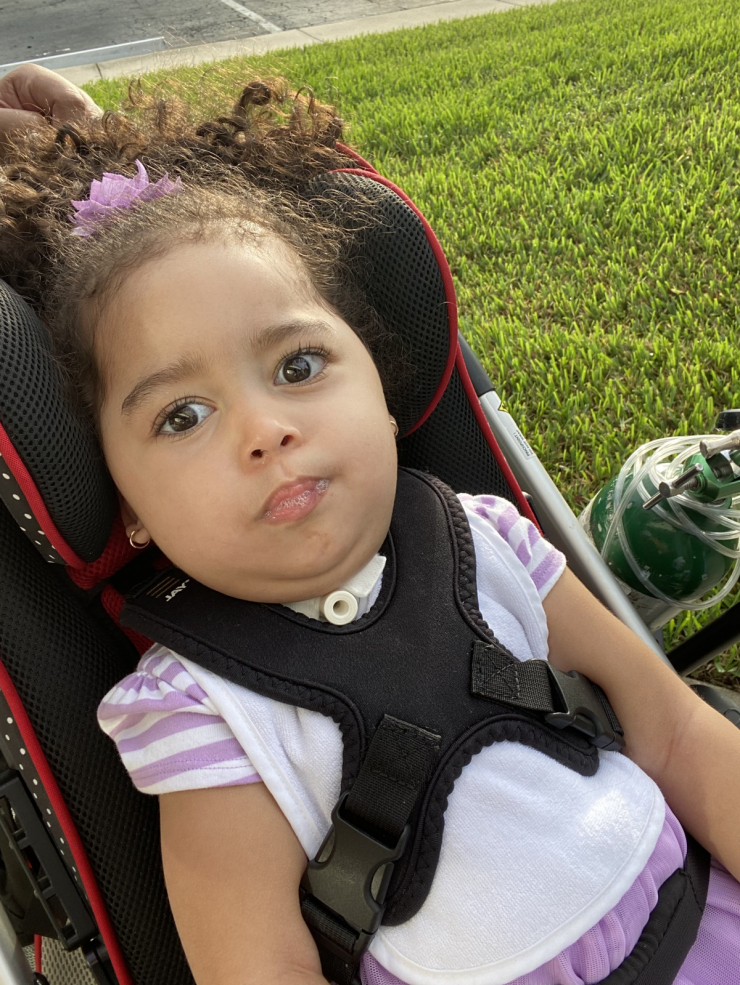 Each one of us has gone through things that have challenged us to our core. Some of them are easily visible and some others would never know. To see a person who has been through hell and back keep fighting - well, there are few things more inspirational.

And to give Sharisse, Kylee, and Denzlee a gift like this that will forever affect them - well, there are few things more impactful.

For all those fighting the good fight, for the rare medical, veteran, and first responder recipients we serve, we’ll never stop having your back. This Chive Nation community will make sure of that. DONATE HERE.