Maryland Chivers step up and knock it out of the park

Once a month, we sit down at Chive Charities for a difficult meeting. 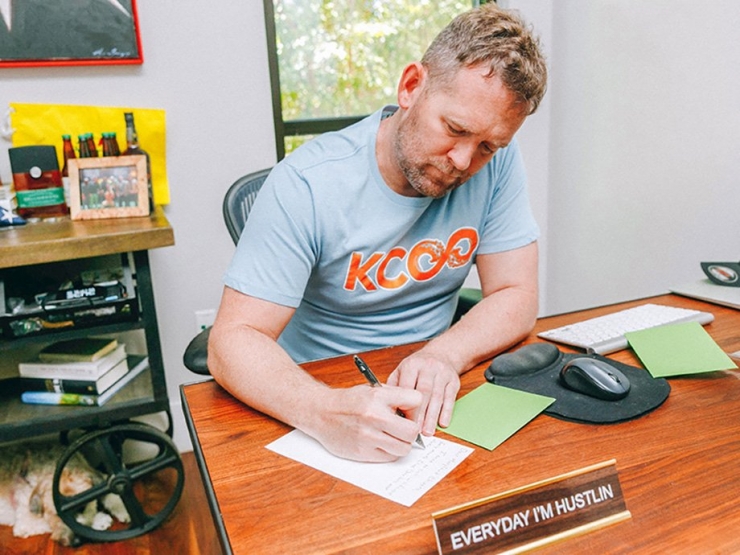 The task ahead of us is to narrow the field of potential grant recipients down from 45 to 15. The next two hours is as painful as it is exhilarating. The prospect of changing so many lives is palpable in the room, but the thought of saying “sorry not this time” looms equally as large. We only have the money and bandwidth to help 15 recipients. And so we dive in.

The first hour we spend getting the list down to about 20. The second hour is “the bubble,” in which we must make some hard decisions. No matter the outcome, I’m always conflicted. Did we get it right? Did we miss an outlier in the group who deserved it and didn’t get in this round? The answer has to be yes, I tell myself, we are not perfect. You can only take all the information at hand and call the play. 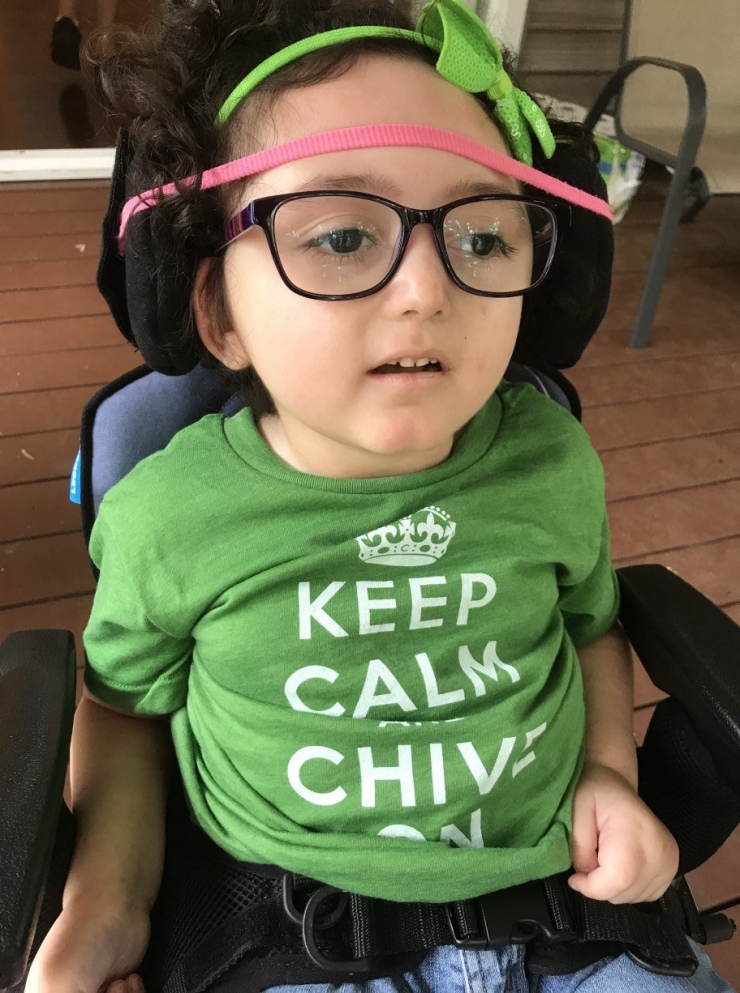 One girl who was certainly not on the bubble that day is Kaitlyn. She’s the daughter of Merily and Juan Delgado. Juan is a Blackhawk crew chief in the US Army. As an infant, Kaitlyn was diagnosed with EIEE (Early Infantile Epileptic Encephalopathy). She was having around 200 seizures every day. Additional DNA tests took a couple months, but they finally received the results. Kaitlyn’s neurologist said she had a mutation in the SCN8A gene. Her prognosis was unknown, and the only two other cases her doctor knew about had ended in the children’s death.

Two years ago, if you Googled SCN8A, nothing would be found. But Merily was determined to learn more, and searched the web to uncover 150 other families living with the same diagnosis. They formed a network to fight for their kids’ futures together.

Then, Merily started looking for help, and she googled ‘Chive Charities’. That particular search was a success. 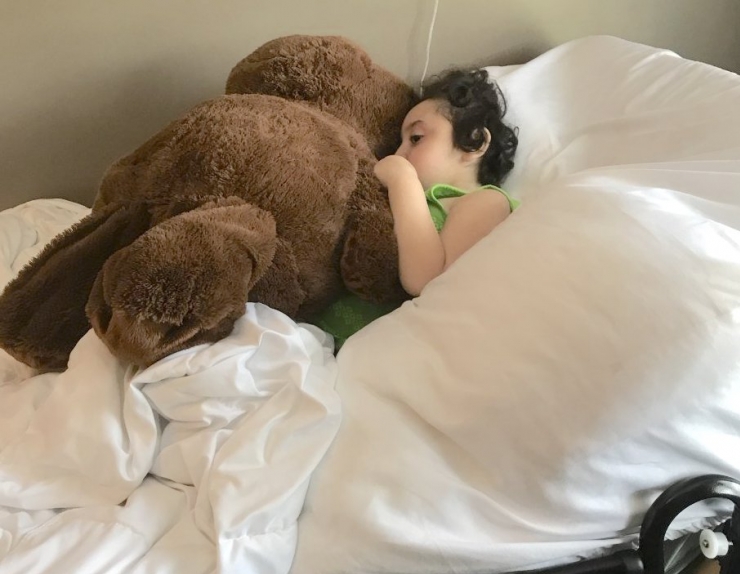 Kaitlyn’s home was in need of retrofitting. She’s permanently wheelchair-bound, so a few small ramps inside and some larger handicap-accessible ramps in the front and back yards was in order. 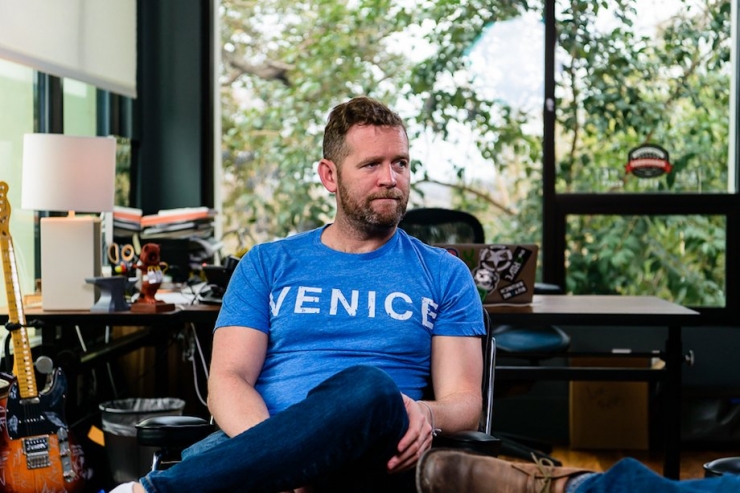 After three exhausting hours, we ended the day with our final 15 recipients. It is our mission at Chive Charities to help the orphaned causes of the world, and also our nation’s veterans. Kaitlyn literally double qualified.

I can also tell you there was a 16th candidate on the bubble that day who would not make it. You needn’t know her name, it’s not relevant to the story so much, but I knew saying no would leave her out in the cold, and that was going to weigh on me heavily.

As we were getting up to leave, I threw out a Hail Mary, “By the way, where does Kaitlyn live?”

The Maryland Chive Chapter, home of Melissa Smith and Addyson “Addy” O’Donnell. All you really need to know about Maryland Chive is they do so much charity locally I often wonder if they have day jobs.

In my head, I figured if we could get the Maryland Chive chapter to build the ramps, we could free up room for a 16th recipient this month. She would get the help she badly needed and, selfishly, I would get to sleep at night. 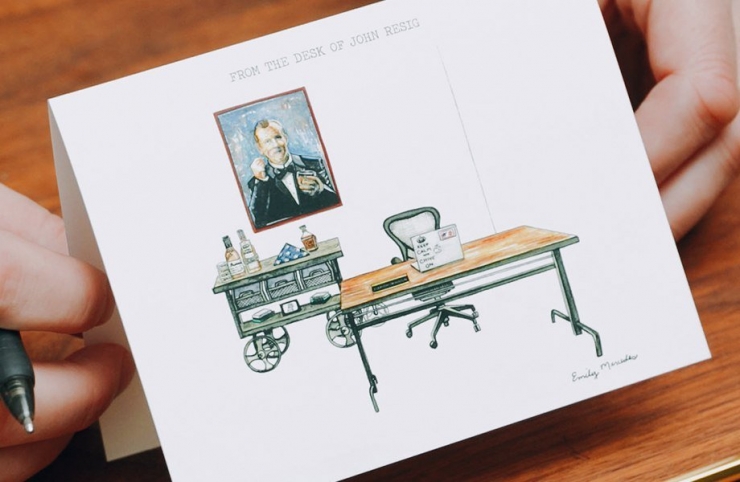 I have this authentic stationary my artist sister Emily made for me. I get a lot of letters from Chivers and I try and respond personally, always on some generic Chive letterhead. Emily thought my letters should be more personal so she created, ‘A letter from the desk of John Resig.’ It’s a nice touch. So I wrote a letter to Maryland Chive. 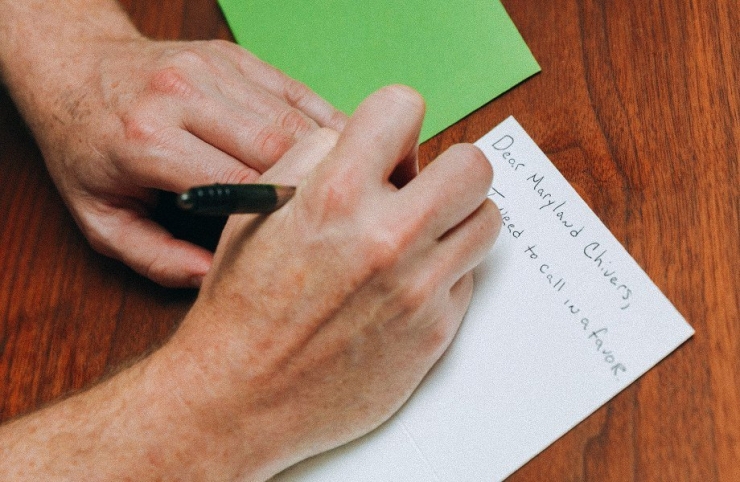 I need to call in a favor.

There’s a little girl with the rarest of conditions named Kaitlyn who lives in nearby Waldorf. Father Juan serves in the Army and by all accounts the family is loving and devoted to Kaitlyn’s health and well-being. The family needs help installing ADA-accessible ramps outside and throughout the house. Mobility is freedom. Juan is being deployed to Egypt next year and we’d like to fortify the family home before he departs to serve our country.

Candidly, if the Maryland Chivers can take this case for us, it will free up room to green-light another recipient whom I believe needs our help nearly as bad. I’ll call her the 16th recipient. If you’re interested, I can put you in touch with Angie Cone to fill you in on the details. If not, I understand. Thank you for all the charitable work you’ve done in Maryland over the years. Maryland shall forever be just as synonymous with charity as their delicious crab cakes.

Thanks for your consideration. 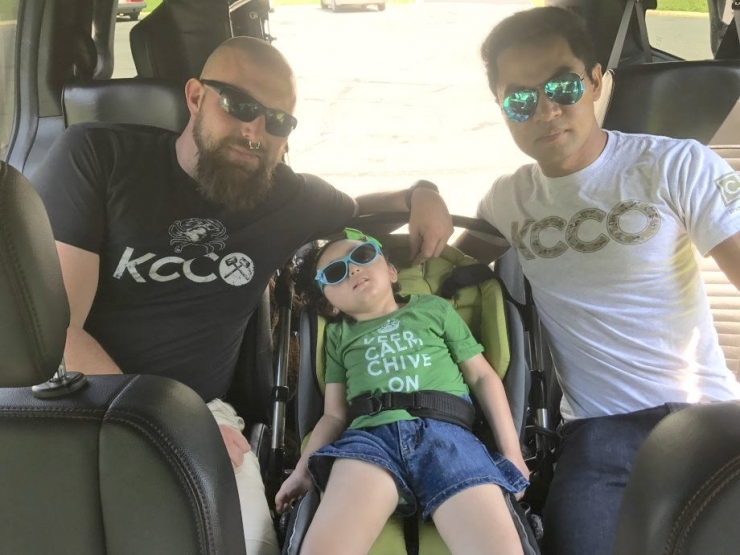 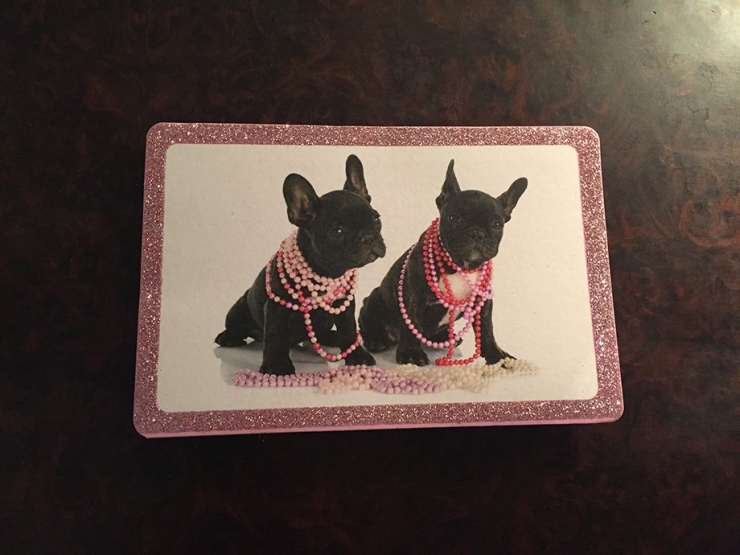 I expected the project to take a couple months to piece together. But I received a curious letter only a couple weeks after I reached out for help. It was sent by Aaron Richter. 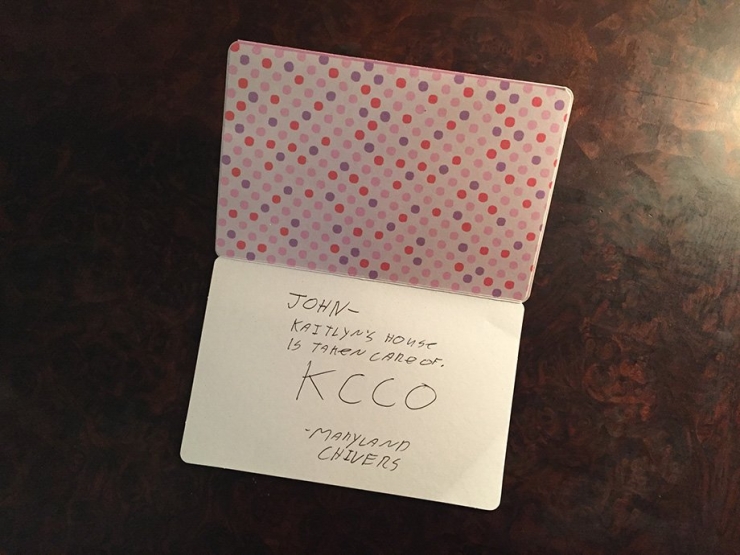 Kaitlyn’s house is taken care of.

“Oh yeah, they’re taking care of everything and a whole lot more. They built all the ramps and when they found out Juan loved his backyard, they landscaped the entire thing, rebuilt the playhouse, replaced the back door…they basically redid the whole house. Pretty cool, huh?”

Dozens of MD Chivers showed up at the Delgado home only a few days after our correspondence.
Here’s a look at what Maryland did for the family… 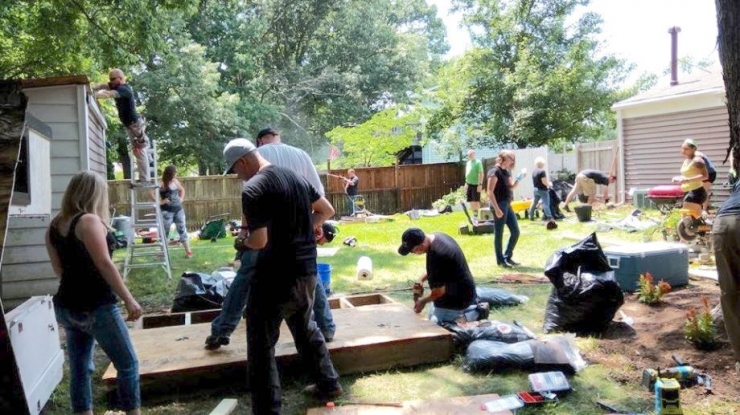 Dozens of Chivers arrived to address every last detail at the home. 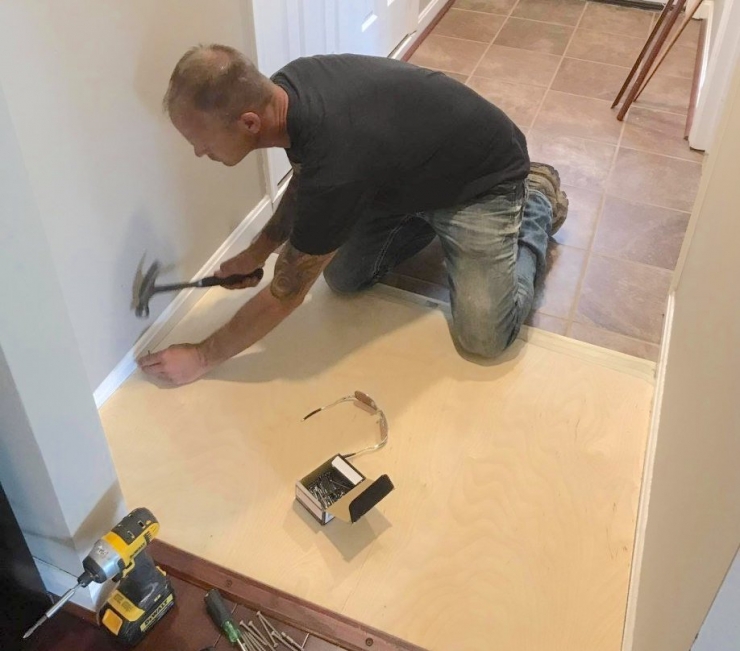 All the ramps were installed in the home so Kaitlyn can get around. 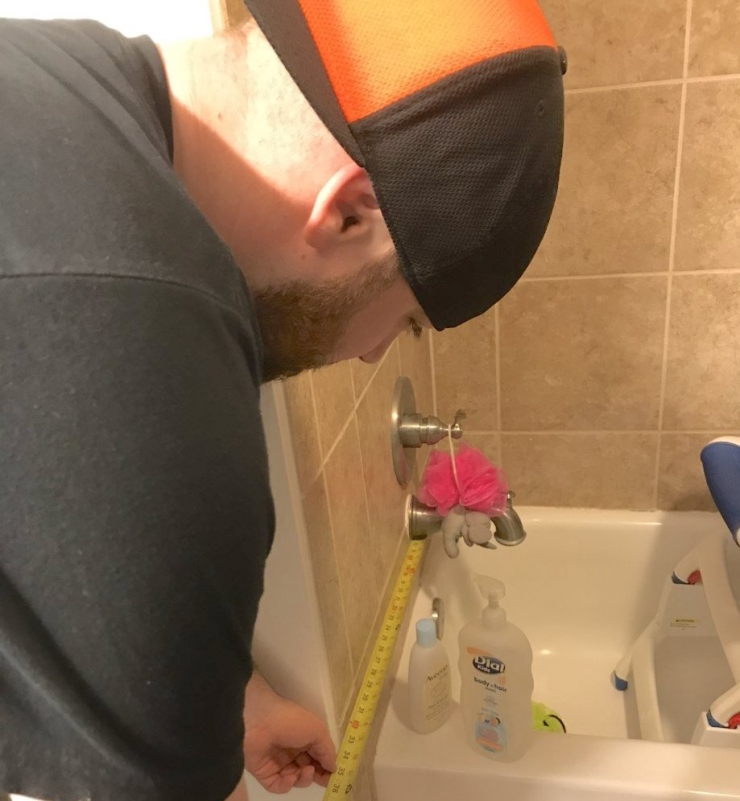 They took measurements so they can renovate the bathrooms. 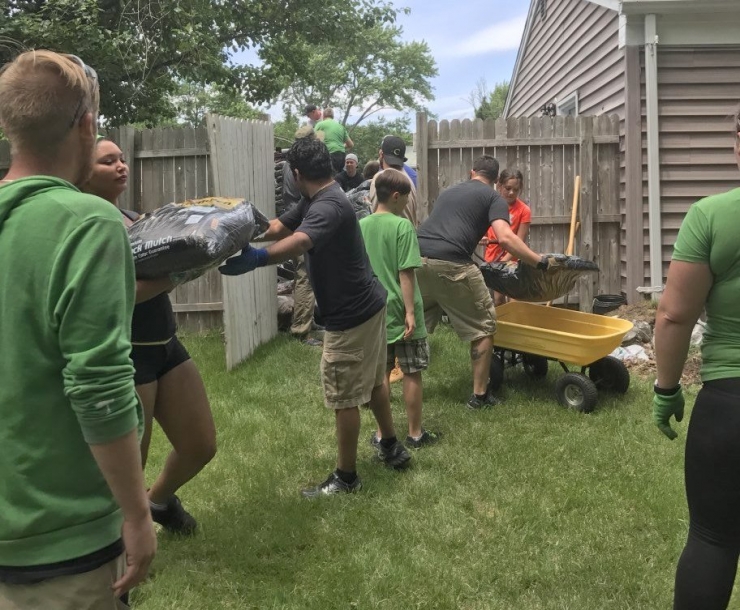 Then they set their sights on giving the family their dream backyard. 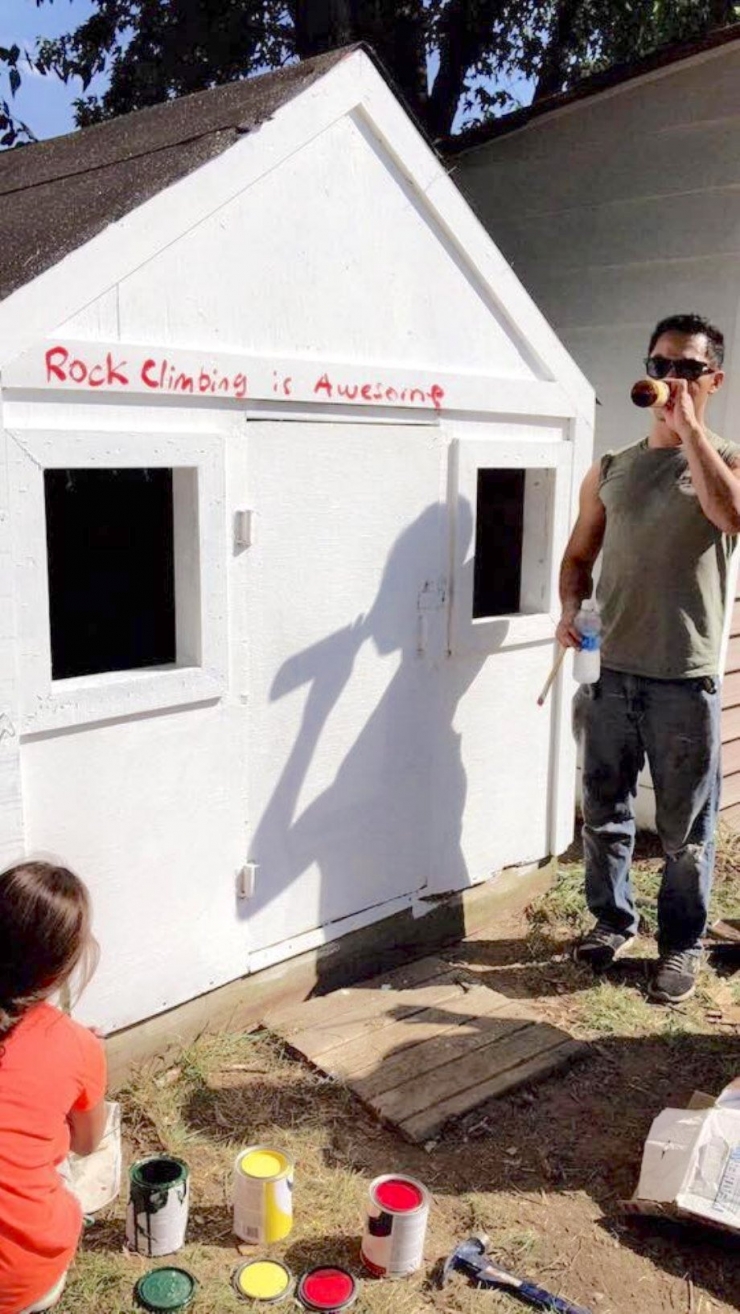 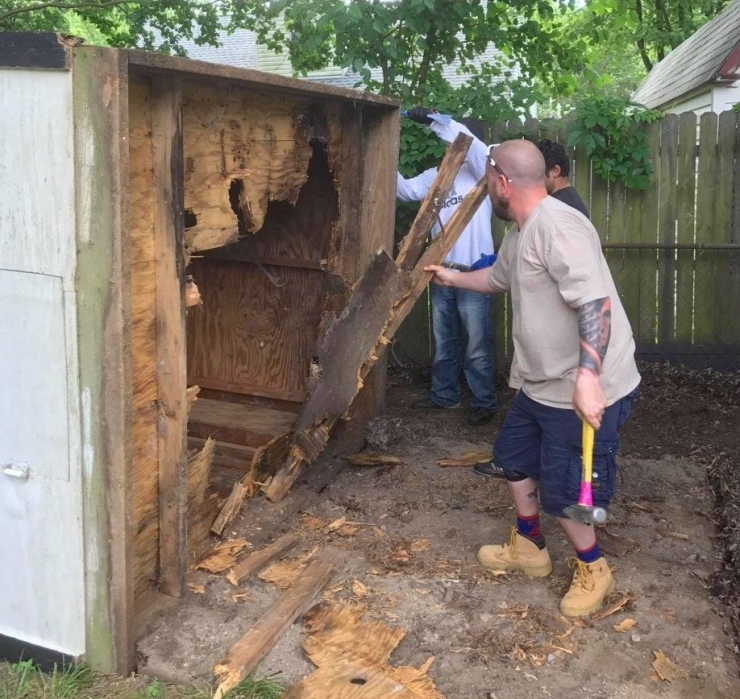 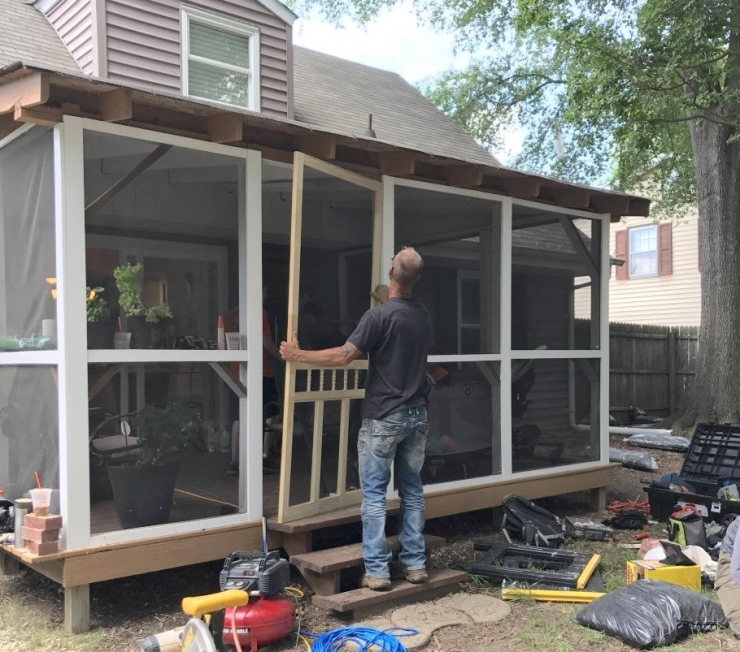 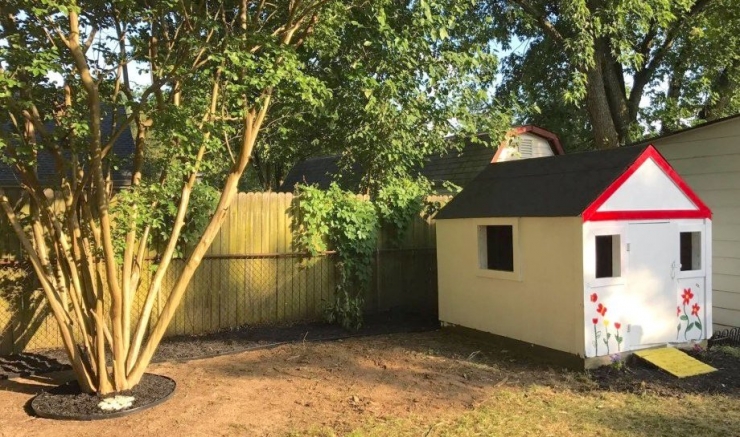 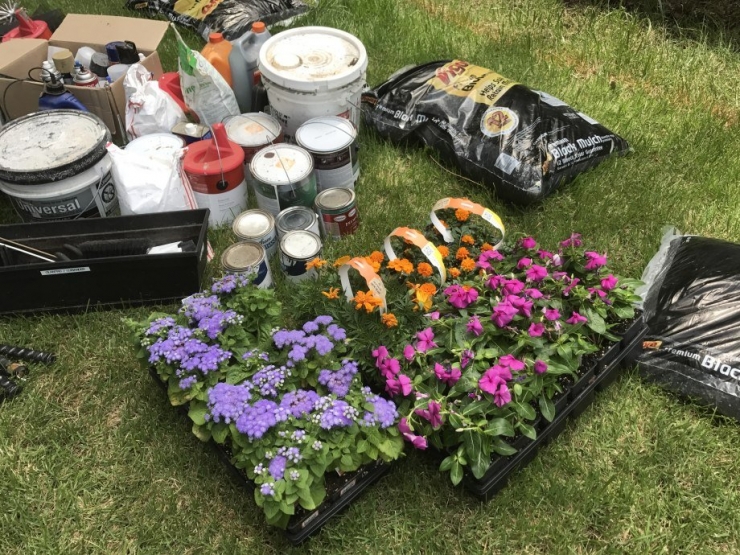 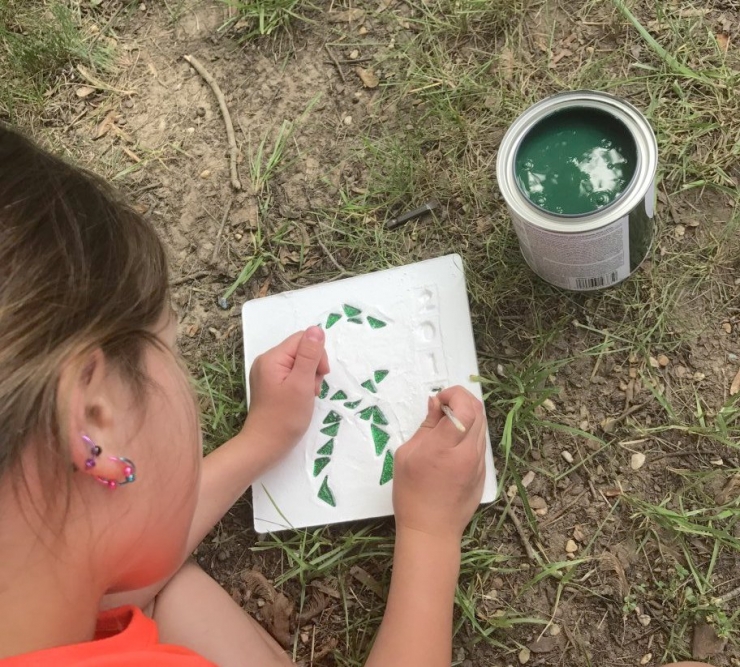 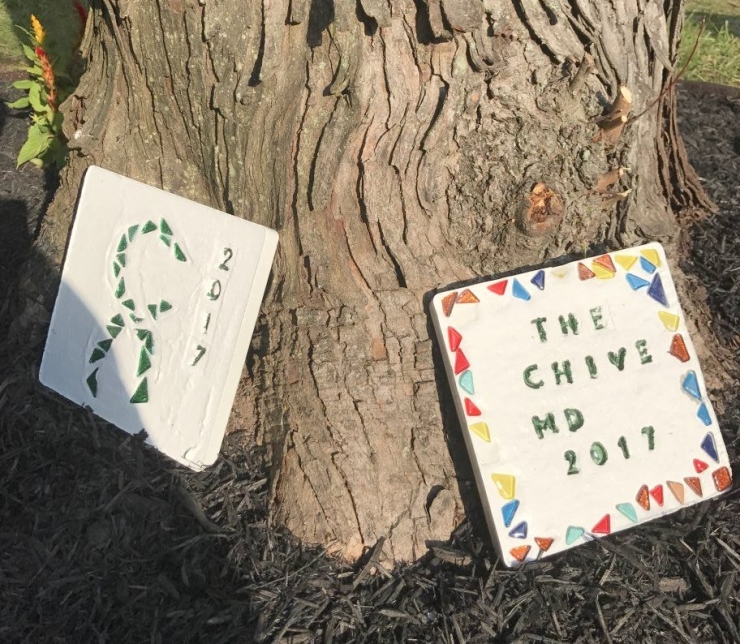 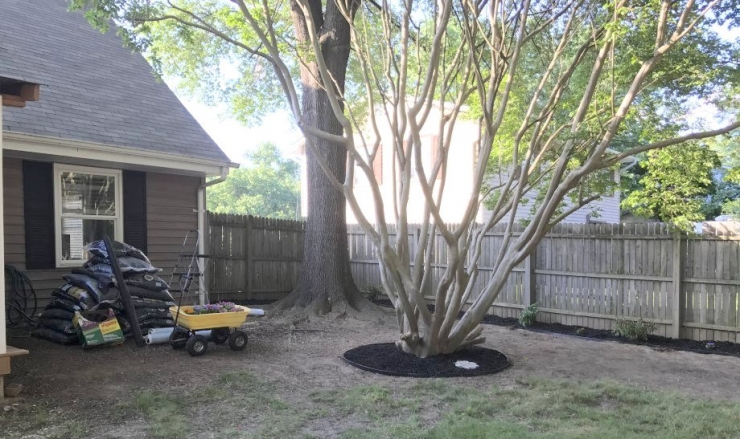 The completion of Kaitlyn’s campaign caused a chain reaction of kindness that went far beyond the state of Maryland. It culminated today when Angie Cone picked up the phone to call the 16th recipient, “Hello, I’m Angie from Chive Charities. We’re excited to let you know that your daughter has been approved for a grant…”

PS – Thanks to every single one of our Bronze, Silver, Gold, and Green members. You continue to make the world 10% happier, and Chivers, if you do one thing today, please explore this small group of gifted heroes who lead every campaign we launch on Chive Charities. 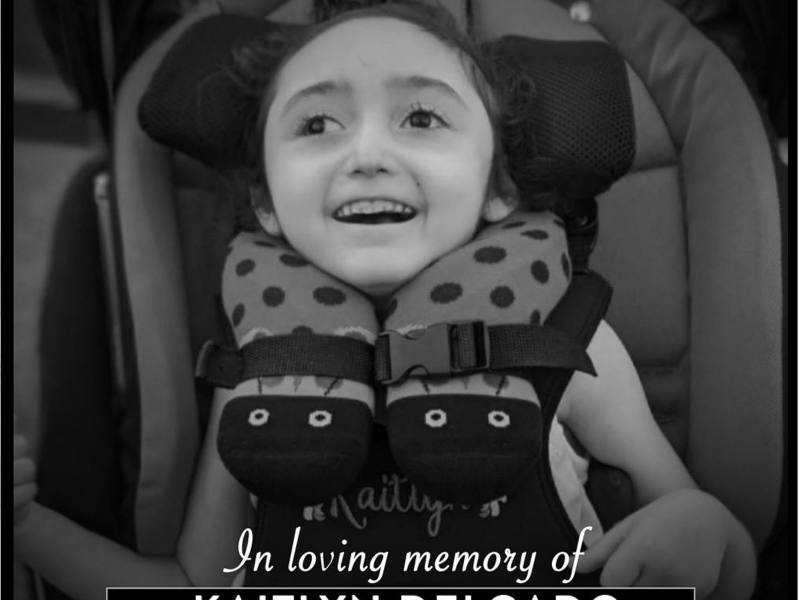 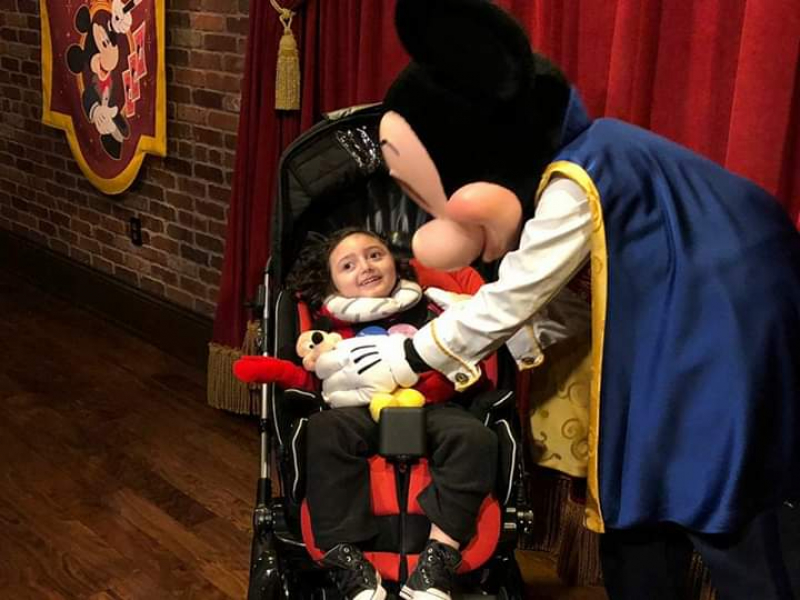 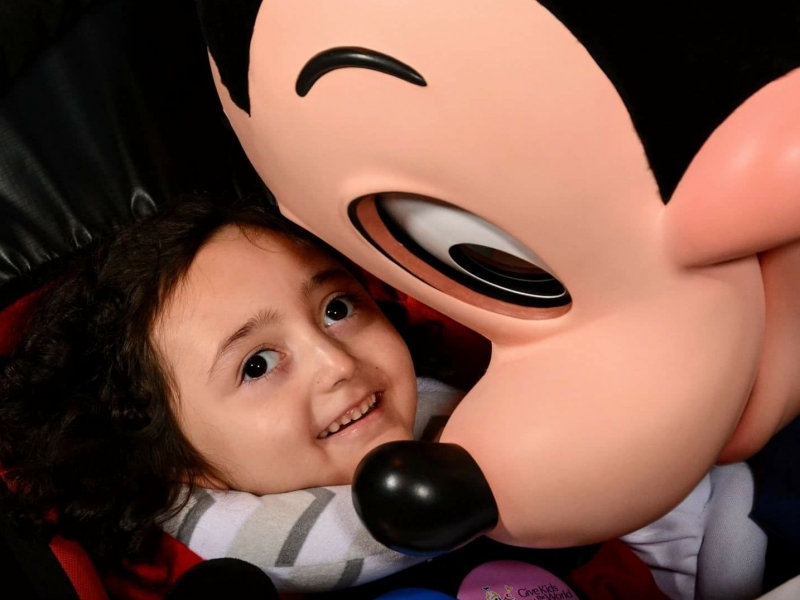