Everybody likes a cute dog. It’s just a universal truth. Those puppy dog eyes (obviously), velvety ears, that irresistible smile – there’s a reason nearly 73 million Americans cohabitate with one or more canine companions. Beyond foot-warming and newspaper-fetching, dogs serve in some pretty significant roles, including military and first responder teams, physical assistance, and emotional support. Modern science has proven their importance to humans far beyond simple camaraderie, which is why we knew immediately we wanted to help Anthony find his new best friend.

Veterans returning from combat and re-entering the civilian world overwhelmingly report how challenging it is to go back to their old way of life. Even if they haven’t been physically injured – and so many of them have – the psychological wounds run deep. Unfortunately for Anthony, he checked both boxes when he ended his military career in 2011. An Army veteran with eight years of service under his belt, Anthony is now 100% medically disabled as a result of combat trauma over several deployments. His list of ailments is long: PTSD, TBI, depression, and insomnia to name a few. They’ve made everyday functioning nearly impossible, and have kept Anthony from really engaging with his family, friends, and social activities – just going out in public is a struggle. 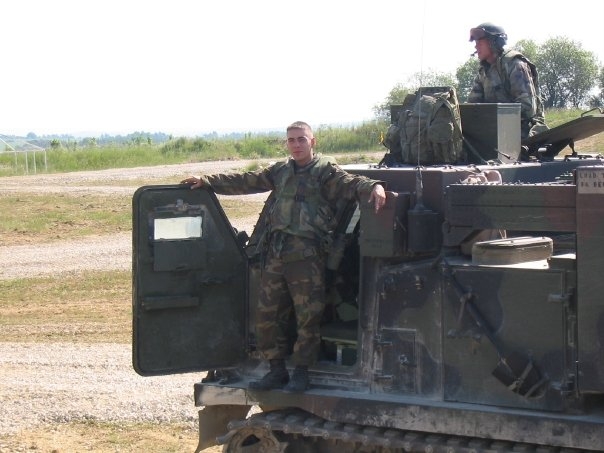 “I stopped talking to all family members and friends I had once associated with,” he told us. “I was drinking profusely as a way of self-medicating. In the beginning, I didn’t know what I was going through, thinking it was just something that would eventually go away, but the anxiety and fear just continued to get worse.” Anthony felt isolated and alone, unable to be part of his kids’ lives or even, really, his own life. 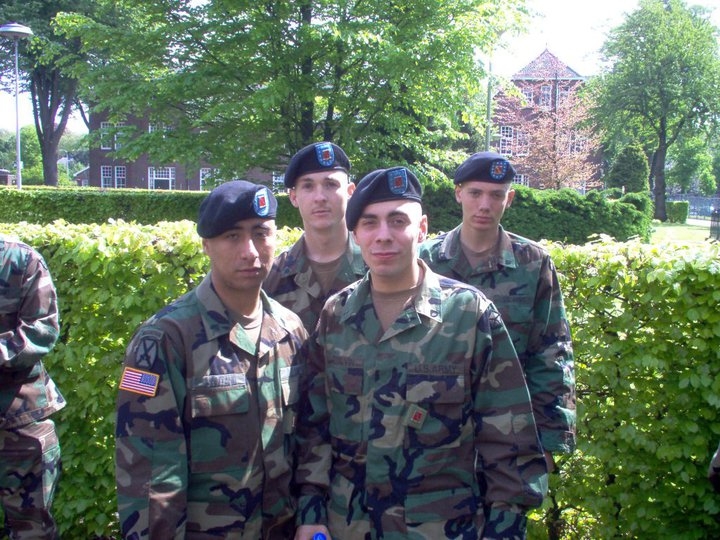 That’s an entirely unacceptable life for an American hero, don’t you think?

So, back to the dog. Generally speaking, canines are great at making friends and connecting in social situations. And where their primary loyalty lies with their owner, their ability to connect with humans they’ve never met makes them incredibly valuable for people struggling with that sort of natural rapport – dogs are an easy conversation-starter; they make a situation feel more casual and comfortable; there are always lots of dog-things to talk about, so no real long bouts of silence. For someone with near-paralyzing social anxiety, that dog may as well be a unicorn – getting out into the world is exponentially easier, life is easier. Life is better.

Anthony needed a service dog. He needed a companion trained to help with the physical issues he suffers after serving our country, who could assist with PTSD and the invisible wounds of war, and who could bridge the widening gap separating him from the rest of the world. He was ready to get back into it, the only thing missing was the wingman. 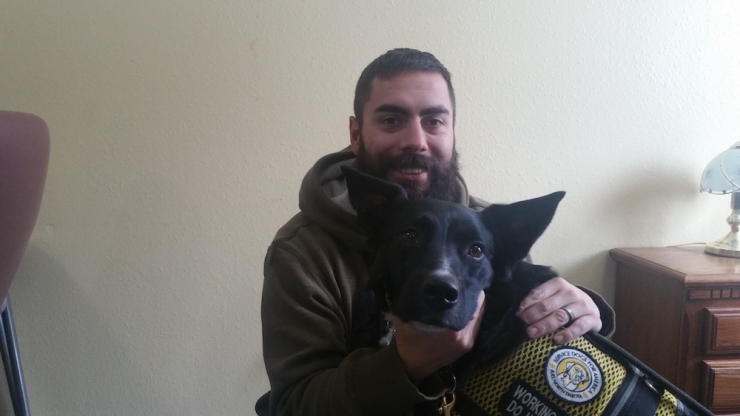 Say hello to Tipper. He’s Anthony’s new unicorn – I mean, service dog – and he’s already making life better. Before Anthony was able to take Tipper home, he was required to attend placement training, where he learned to communicate with and handle his new buddy. It was also a crash course in being social. Anthony spent years avoiding public interaction, or taking medication to make it even remotely tolerable; persevering through such obvious pain to get Tipper is such a testament to his character. Anthony admitted the training was very stressful, but he “managed to graduate with a few extra days, and get a little more comfortable in public settings.” These small steps were steps in the right direction, made possible by the outstanding, patient folks at Service Dogs for America. And YOU, of course. 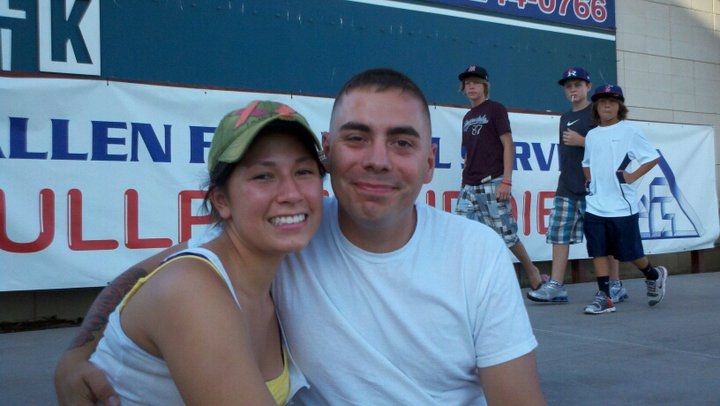 Donations from Chive Charities Green Ribbon Fund provided a $13,000 grant for the purchase, training, and placement of Anthony’s service dog Tipper. More importantly, it opened a door that had been locked for years. Tipper is helping Anthony transition back into society with far less stress and anxiety, more confidence, and lots of happy smiles. 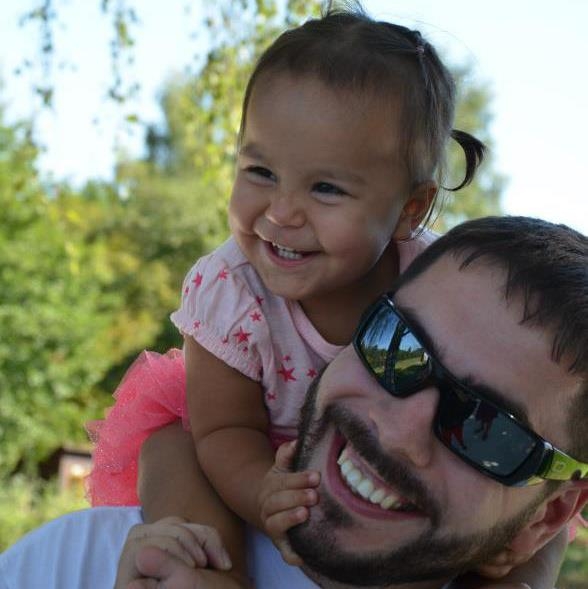 Anthony had a few words to say about life with his new wingman: “We’re back in the groove. Blessed to have him by my side.” That sounds perfect. 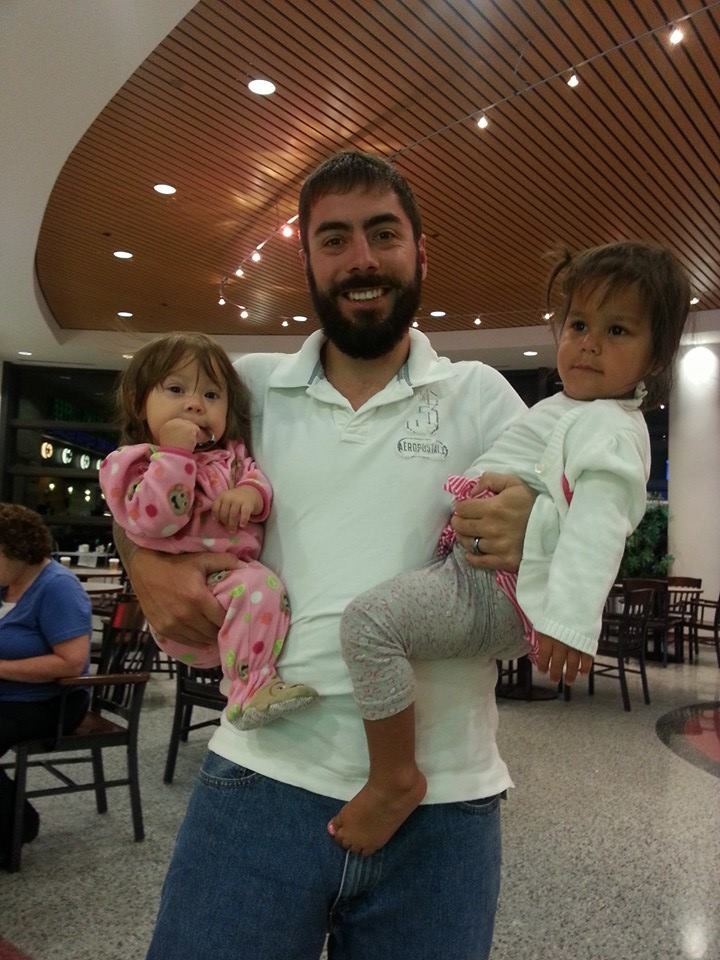 To help match up more best friends and change lives in other incredible ways, check out the Green Ribbon Fund monthly giving initiative. You could make the world 10% happier every day of the year!