You want THEM on your team

You’re facing an unknown danger. The pressure is on and lives are on the line. You need quick, decisive leadership and action. Who do you lean on and who do you call?

I’ll tell you one of the first people I’d call - Ronald Pastino.

Ron’s military and first responder career reads like something out of a blockbuster movie:

6 years in the Army.

21 years of service with the New York State Police Department.

He led teams of over 100 in response to countless incidents, including the 9/11 World Trade Center aftermath and multiple active shooter events

He helped organize high-profile manhunts like the one that led to the capture of FBI Top Ten fugitive Bucky Phillips.

In short, Ron is someone you want on your team when the going gets tough. 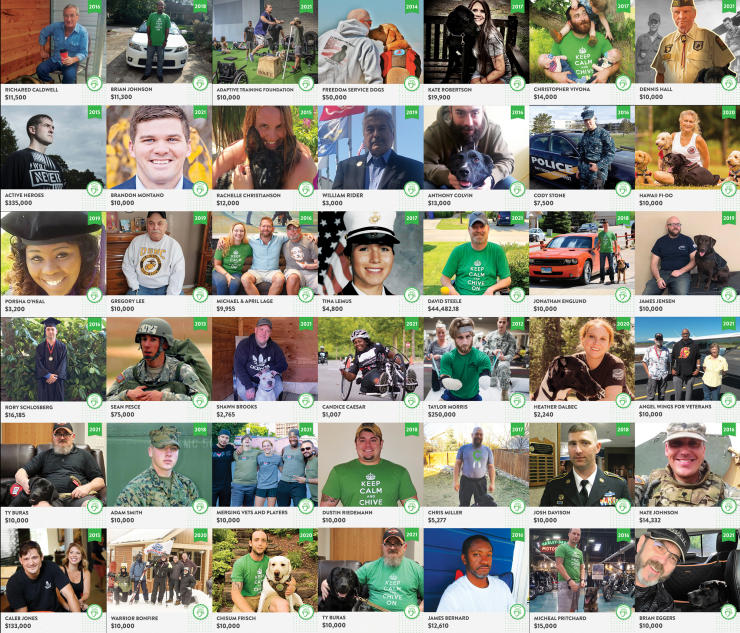 But Ron isn’t the only one I’d call. Since 2012, Chive Charities has told the story of 126 inspiring veterans and active service members. Each individual has shown bravery in the face of adversity, living a life of service for the greater good. But often with that life of service comes sacrifice.

For some, like former Navy EOD tech Taylor Morris, sacrifice came in the form of all four of his limbs. For others like David Steele, an Air Force nuclear weapons technician, it was prolonged chemical exposure leading to irreversible nerve damage. For Danielle Wells, the sacrifice was leaving an 11-year military career in order to care for her medically-fragile son with a rare disease. 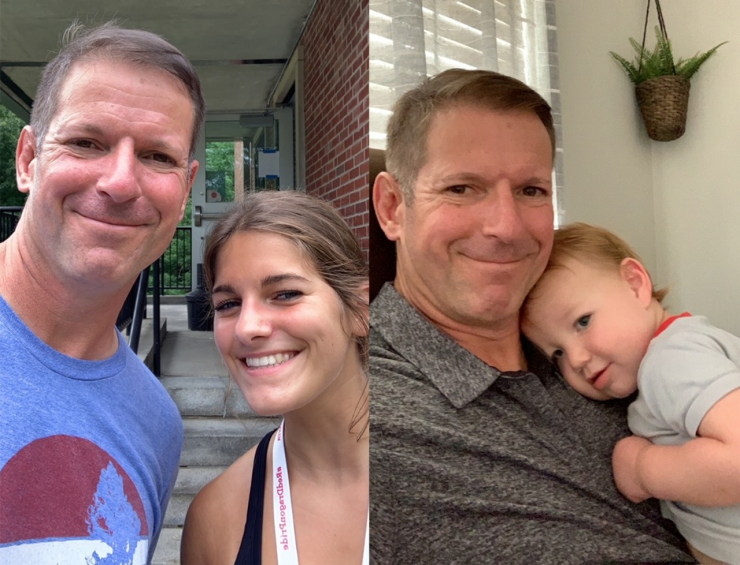 Like so many before him, Ron Pastino has also sacrificed a great deal. Diagnosed with a traumatic brain injury and post-traumatic stress from losing teammates and brothers in arms, Ron wants nothing more than to live a long healthy life and provide for his family. But that goal is being ripped away by factors out of his control.

Prolonged exposure while serving at Ground Zero has left him with inflammatory lung disease and focal emphysema. As a result, he has lost most of his right lung. Even Ron’s own home is fighting against him. Exposed insulation is damaging his fragile lungs even further. Just walking into his home, Ron can feel the insulation particles entering his already sensitive lungs. To make matters worse, his disability has ended his career and taken away the financial stability he could once provide his family.

What Ron really needs is some home repairs to make his living environment safer and some workout equipment to improve his quality of life.

Well, we know just who to call to make that happen - Chive Nation. 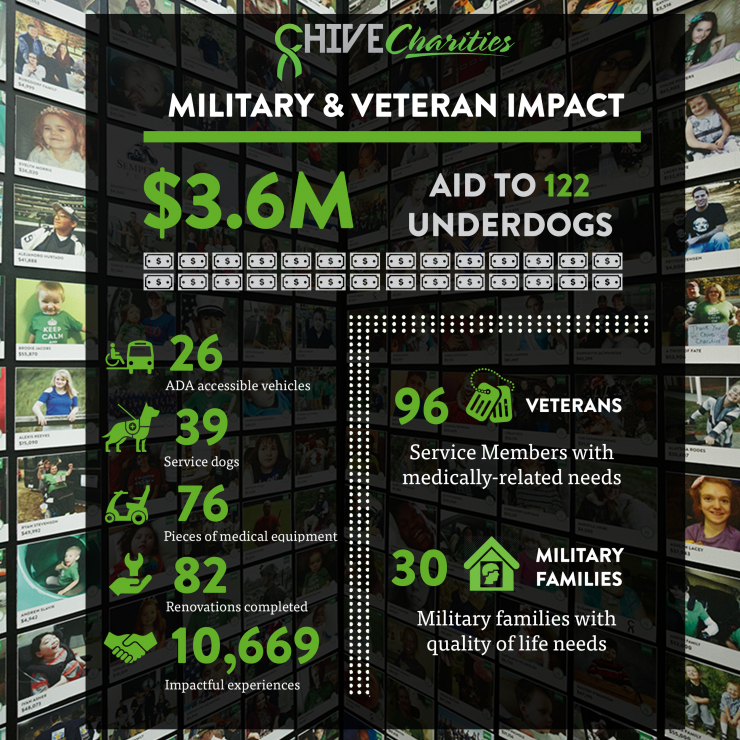 It takes a special courage to put your life on the line for others. And sometimes it takes just as much bravery to ask for help, especially when your training has conditioned you not to ask for it. So when a veteran or military member comes to Chive Charities asking for help, we make sure we answer the call and go above and beyond for our heroes. 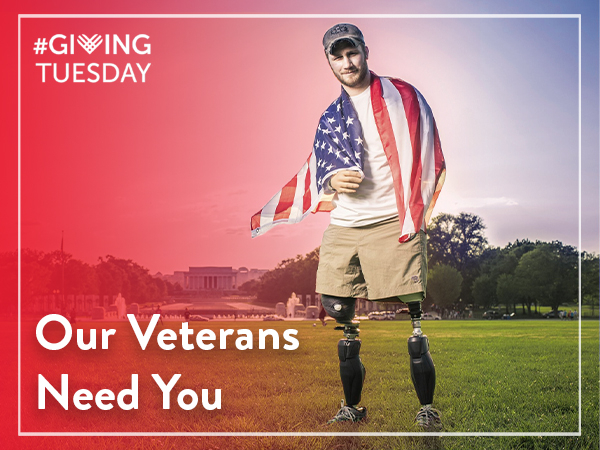 This month is Military Family Month and today is #GivingTuesday and we’re hoping you’ll answer our call. We currently have 7 military families and veteran causes that desperately need our help. Ron Pastino is one of them. Heroes Sports is another. The Texas nonprofit uses outdoor recreation and sports to bond veterans and returning service members, teach them to maintain an active lifestyle, and help them cope with post-traumatic stress. While I’d love to name all 7 of our hopeful recipients, the fact is the list continues to grow as I type this.

Around here, Giving Tuesday means saying “yes” to at least one more individual we would have had to deliver a heart-crushing “no” to. During last year’s Giving Tuesday, this community raised $50,000 for Isaiah, a little boy with brittle bone disease who desperately needed a wheelchair-accessible van. This year, we’re hoping to raise $20,000 to at least help Ron Pastino and Heroes Sports. We’re dedicating all donations today and tomorrow to our veterans and military families. 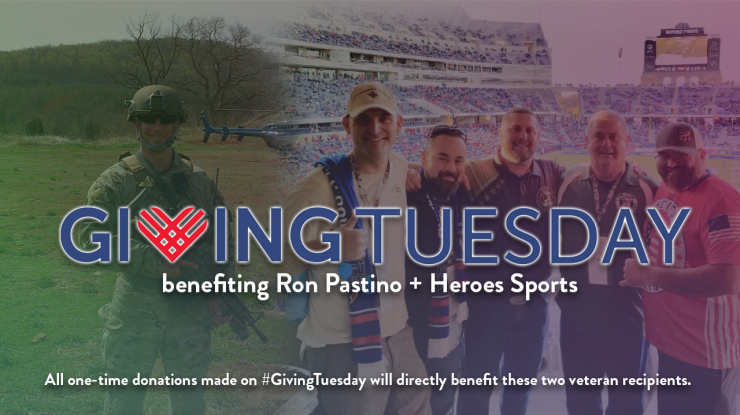 The aid you help us provide to our Chive Charities recipients can not only be life-changing, it can be life-giving. Look no further than Ron Pastino for proof. “I’m still here on this planet because I’m fighting,” Ron told me yesterday via zoom. “I’m working hard and I’m keeping my lungs going and my body going, one step ahead of the other and I won’t give up.”

We won’t give up on you either, Ron.

Despite everything, I’m confident Ron would be the first to answer your call if you were in dire need of help. It’s simply who he is. The same can be said for all our potential veteran and military recipients. The question is - will you answer their call now that they need help? Your YES could make all the difference. Donate HERE

Editor’s note: Country music hitmaker Michael Ray is doing his part to answer the call for help, too. Tonight, he’ll host a livestream on Instagram featuring special guest John Resig, founder of theCHIVE and Chive Charities. Tune in to hear more about Military Family Month and how we can team up to change more veteran lives at 7pm CST.