After a rare diagnosis, Nicole weathers the storm with her family by her side

After a rare diagnosis, Nicole weathers the storm with her family by her side

While pregnant with the twins, Kristina and Ernie received some upsetting news. They found out at 12 weeks that there was a Hygroma, or a pocket of fluid, on one of the twin’s necks. The doctor predicted she would die, but in the event that she survived she would have some major chromosomal issues so an abortion was encouraged. Kristina and Ernie didn’t even consider the option. This was the second marriage for each of them, and they were excited to complete their blended family with these twin girls. But their determination didn’t erase the fear that one of their daughters wouldn’t make it.

Only 8 days into her life, Nicole endured her first surgery. The breathing tube they positioned on Nicole immediately after birth was not very secure and the doctors recommended a tracheotomy tube to secure her airway, and she came out of it “like a trooper.” Before the family could catch their breath, doctors were suggesting another surgery, this one called a “jaw distraction surgery” to bring forward her lower jaw so her tongue wouldn’t block her airway. Nicole was flown to Salt Lake City (7 hours away from her home in Fernley, Nevada) and was in the hospital for 10 weeks.

It took doctors five months before they could give the Smith family a diagnosis. Nicole had Femoral Hypoplasia unusual facies syndrome, an extremely rare disorder with less than 70 documented cases. Essentially, Nicole’s bones (femur and facial) are underdeveloped, causing a whole host of issues. But in addition Nicole also has a cleft pallete, clubbed feet, a left arm fused at the elbow, Microganathia (short jaw) a G-tube for feeding and congenital asthma.

Nicole is undoubtedly a fighter, but we think she might get some of it from her parents. Together they have persevered through a house fire, Ernie working long hours to make ends meet, Kristina putting her dreams on hold to take care of her special needs child and last year selling their Tahoe for medical bills and Christmas presents for the kids. Then, the hospital bills started adding up. Most recently, the family’s only vehicle, a ’97 Dodge truck, started breaking down. Even after pouring their savings into fixing it, the steering could go at anytime and the front axles were spotty at best. The family couldn't drive any kind of long distances, and the vehicle was unsafe to transport their family to Sacramento for Nicole's next scheduled surgery. With one unfortunate event following another, Kristina said it felt like “a bad luck cloud” was following her family around.

One day she saw a Chive Charities bumper sticker and did some research about us. With no expectations, she reached out for some help. There is no way Kristina could have known that she had just reversed that bad luck cloud for her family forever.

Through the Chive Fund Chivers came to the aid of the Smith family and were able to raise $53,000 for a safe new 2014 Toyota Sequoia SUV and much-needed equipment including mats, chairs, and a stander for Nicole’s physical therapy.

Even though doctors are uncertain what Nicole's future will hold, they are consistently amazed by what she is able to accomplish. Her "infectious, addicting smile" and happy personality pull her family through her numerous challenges and surgeries. 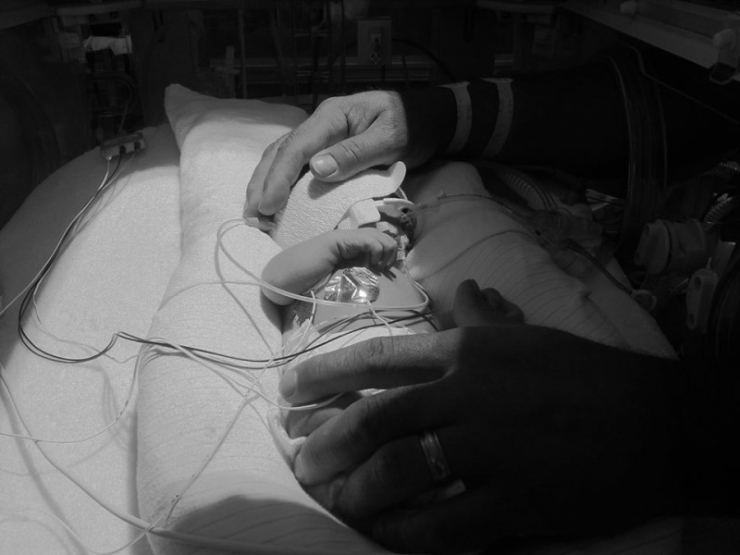 The first time Nicole's parents got to see her was when she was one day old, in an incubator and covered with wires and tubes. 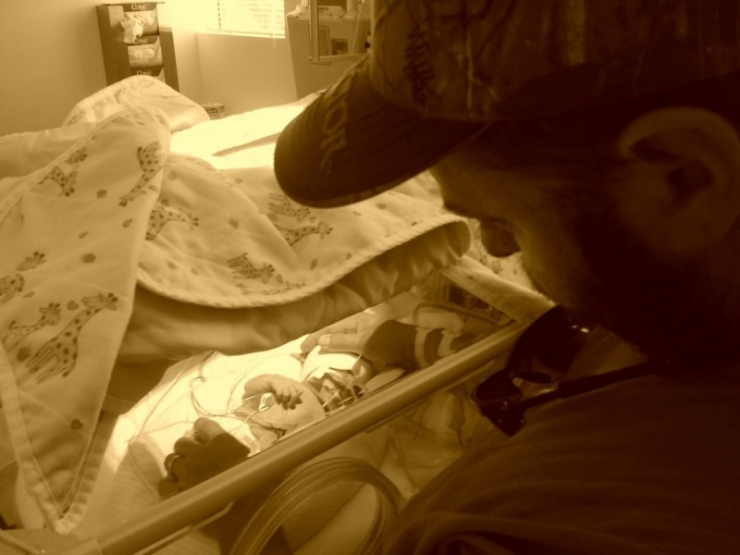 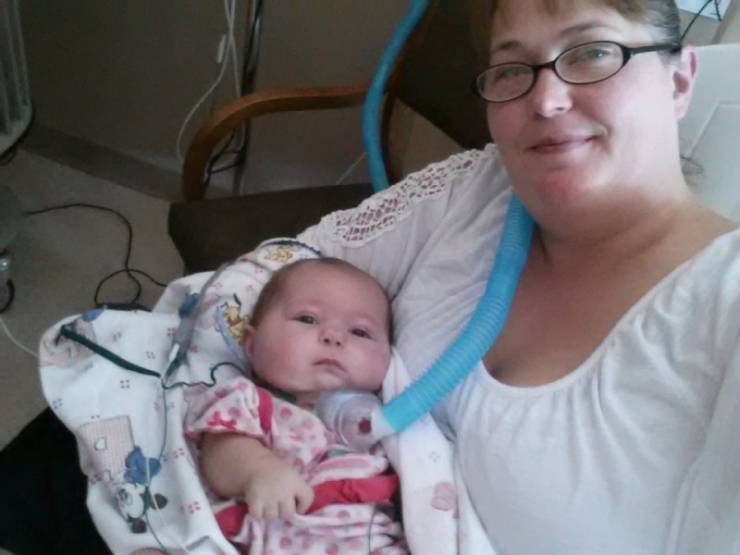 Nicole with mom Kristina. "We never saw what was wrong," Kristina remembers, "only that she was ours and perfect." 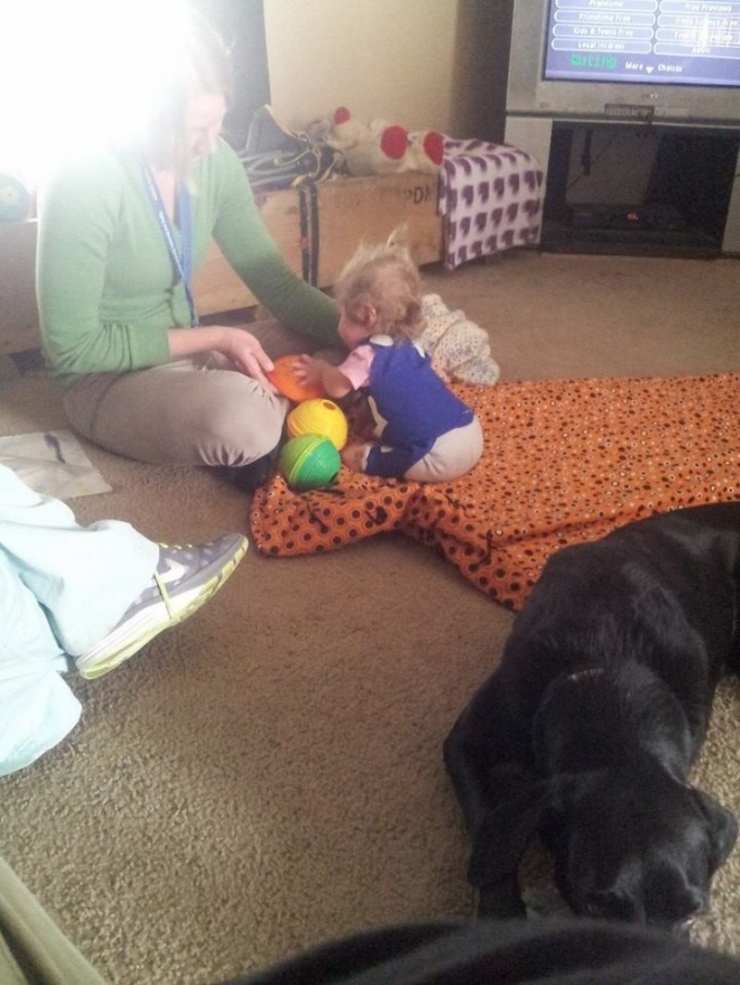 A physical therapist works with Nicole at the family's home with her new therapy equipment purchased by a grant from Chive Charities.  Now Nicole can keep improving her mobility and skills. 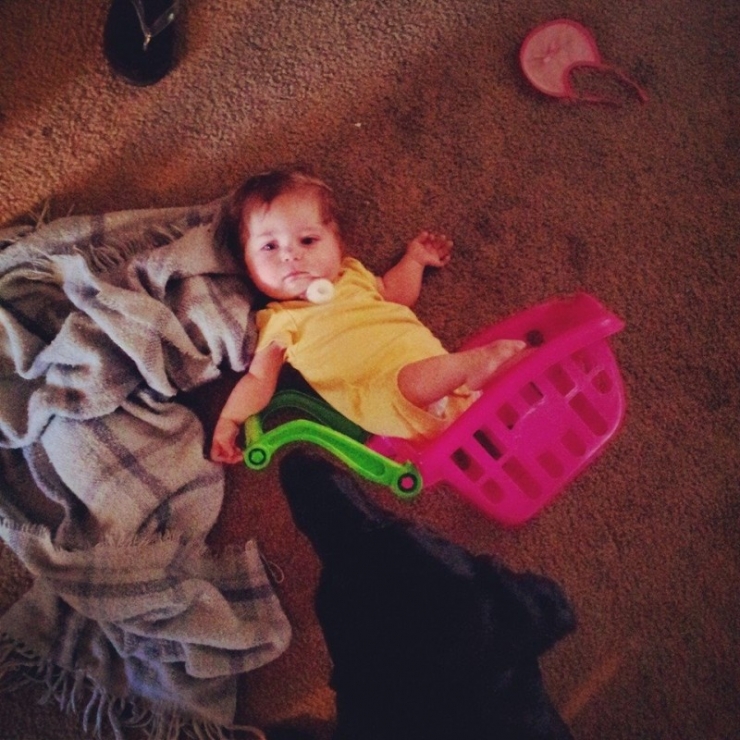 Nicole's underdeveloped femurs make it impossible for her to walk at this point, and it's uncertain if she ever will. But Nicole has exceeded every expectation doctors have had for her so far, so why stop now? 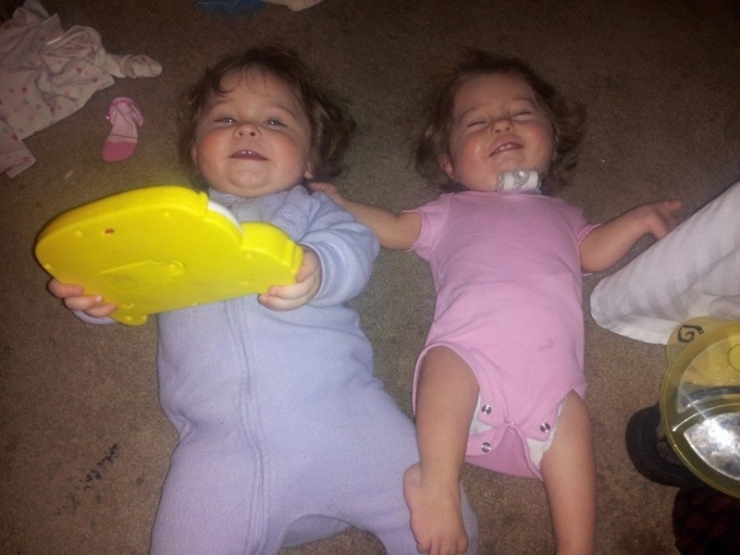 Nicole (right) hanging with twin sister Annabeth. Nicole is "by far our happiest baby," Kristina says. "She always has a smile on her face." 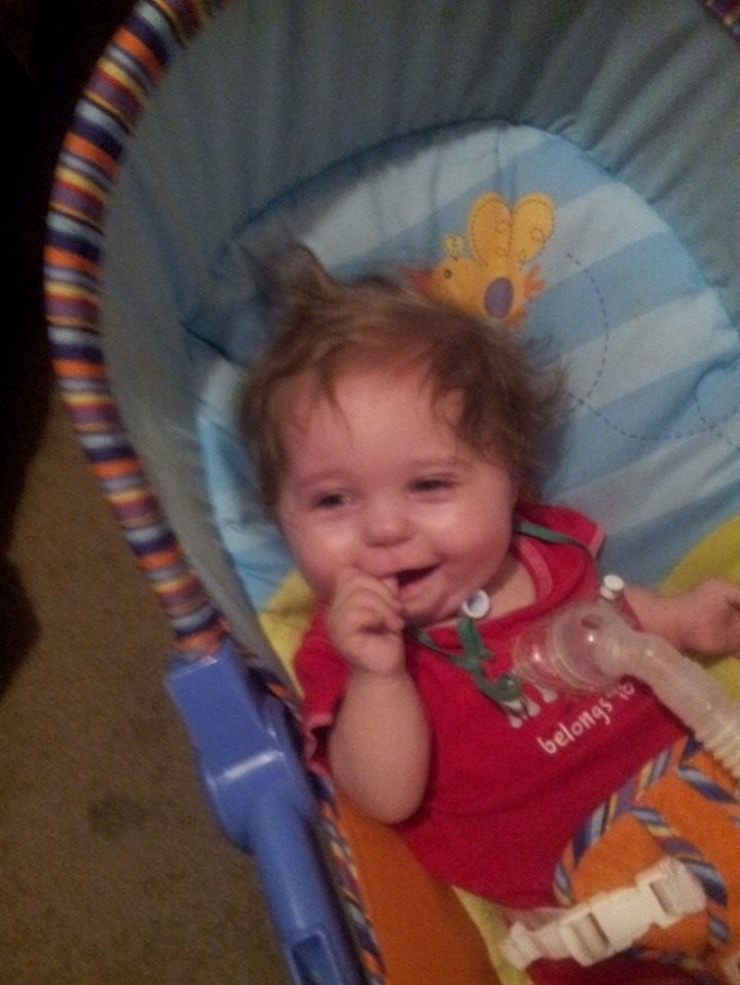 Although the Smith family has every reason to hope, the fact remains that there is very little known about Nicole's syndrome. Doctors still can't predict the "why or how" of her life expentancy or predict her quality of living. That's why this family cherishes every moment, every day, they get with their girl. 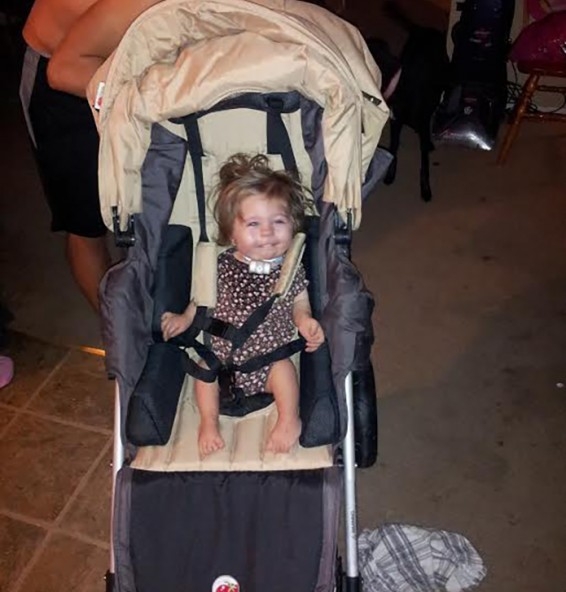 Nicole modeling some of her awesome new physical therapy equipment purchased by the $53,000 grant by the Chivers' donations, crucial to helping her realize her full potential. 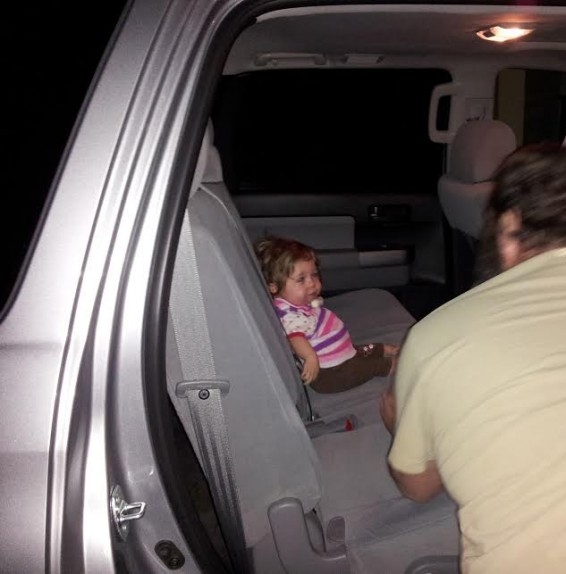 Dad placing Nicole in her brand-new 2014 Toyota Sequoia for the first time! She can soon travel to Sacramento safely for her next surgery! 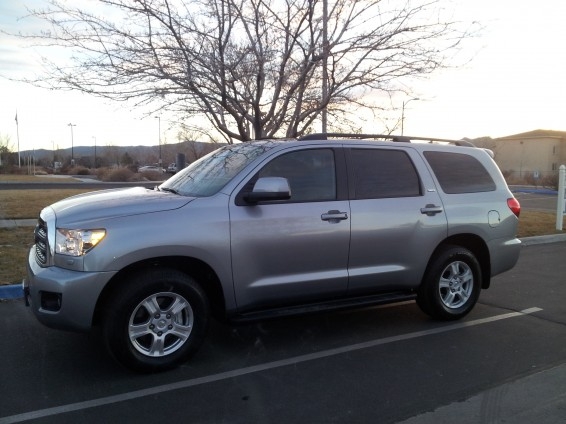 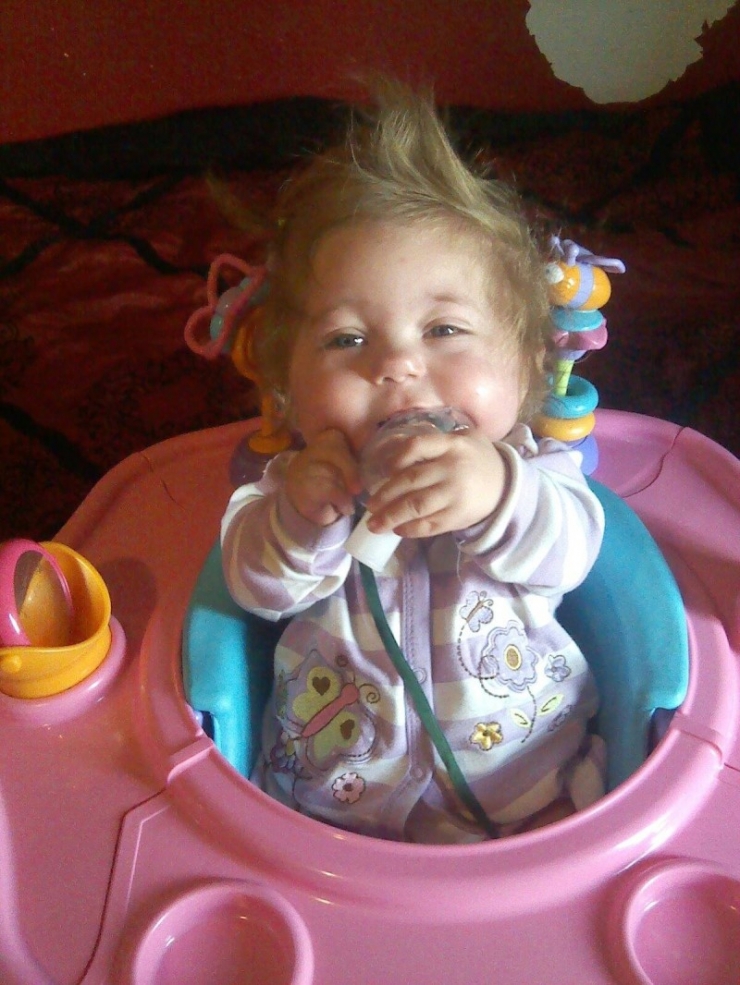 At only 1 1/2 years old, Nicole has already lead a life that inspires us all. She is full of personality, smiles, and snuggles, and has brightened the lives of her parents and siblings. Because of her spirit and the generosity of Chive Nation, she can continue pushing the boundaries of what her life is expected to be. The family is ready for what's ahead, more surgeries, maybe more setbacks, but they've learned a thing or two about resilience from their daughter: "One thing is certain within all of us, love and family and no matter how rough it gets we have always managed to weather the storm together."

Everything Chive Charities does wouldn't be possible without your generous donations. 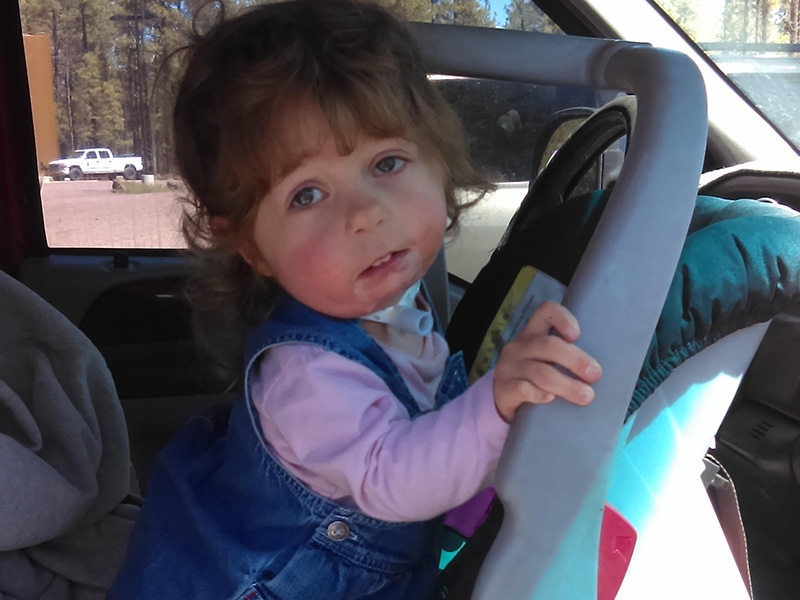 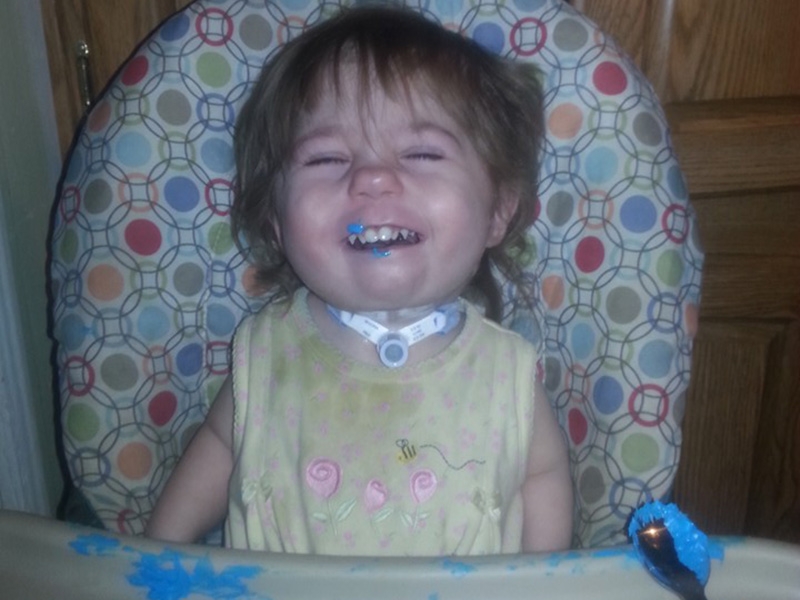