Amanda Stays Strong in The Face of Spina Bifida 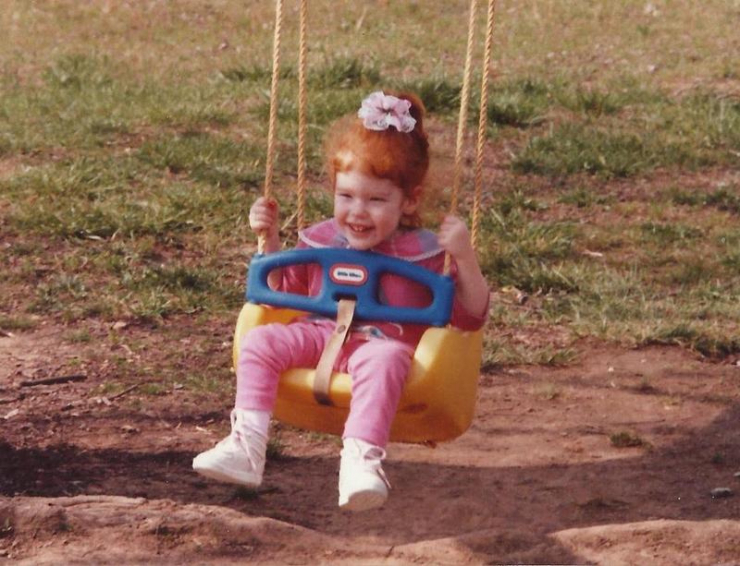 We humans place a lot of value in numbers. In a world of uncertainty, statistics can provide a feeling of stability and groundedness. This world we live in, though, is made up of intangible properties that numbers simply cannot define. Amanda’s world is no different.

It is tempting to tell her story with a series of stats:

60% curvature of the spine

But the space between these numbers says more than the numbers themselves ever could. These statistics don’t reflect Amanda’s love for life, her soul that longs to sing gospel and country music whenever she can, or her adventurous spirit that refuses to let a wheelchair stop her from ziplining. The circumstances of Amanda’s life are little more than a backdrop, a canvas that she and her mother, Lynda, have painted a vibrant picture upon. 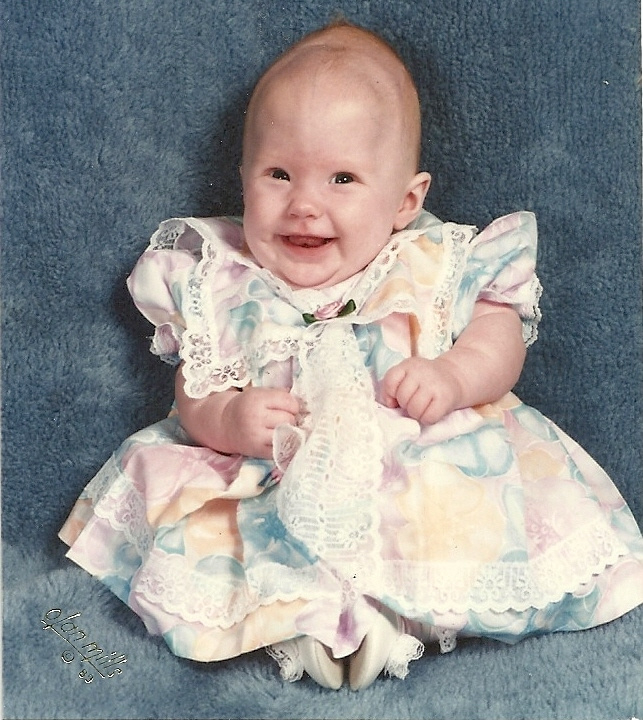 Amanda was diagnosed with Spina Bifida while she was still in her mother’s womb. This birth defect keeps a baby’s spine from completely developing. Myelomeningocele -the type of Spina Bifida Amanda was born with- is the most serious form of the condition, and results in part of the spinal cord forming in a sac outside the spine. Having the spinal cord on the OUTSIDE of your spine is, in short, terrifying.

As you can imagine, an underdeveloped spine can have dire consequences, some of which came out in full force from the moment she was born. The hole in Amanda’s spine caused her brain to develop further down in her skull than it should, blocking the flow of cerebral fluid and trapping it in her head. This condition is called Hydrocephalus, and it can be fatal if not treated as soon as possible. So, instead of cuddling her newborn baby, Amanda’s mother, Lynda, could only look on helplessly as Amanda underwent test after test, none of which could be performed properly because, thanks to the fluid buildup, doctors couldn’t even find her brain on the scans. 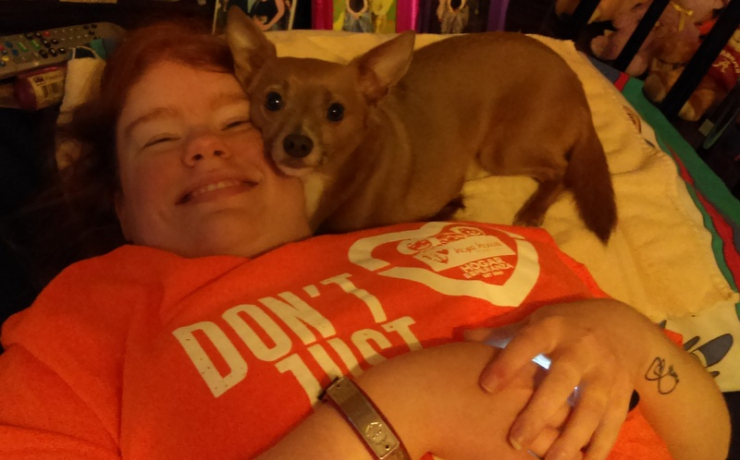 “I was thinking, ‘will she make it?’, ‘this is not fair,’ and ‘how can this be happening after all that we have been through?’” Lynda remembers. Before becoming pregnant with Amanda, Lynda had already endured four miscarriages in six years. Amanda was her miracle baby.

In a haste to save her life, tiny Amanda was rushed into her first surgery -at one day old- to drain the fluid from her brain by opening the passageway properly. Amanda’s mother could only wait while her precious daughter began her lifelong battle against her own body.

If you’ve never heard of these conditions, it might not surprise you that her mother hadn’t either. Amanda was born in 1989, a time before the internet available to lots of people 24/7. In the days before the ubiquity of our current internet, big, scary-sounding medical terms were even more daunting and mysterious. The doctor who delivered the diagnosis while Amanda was in the womb gave a very grim description of Spina Bifida and the associated issues, which caused a lot of grief for the soon-to-be mom.  Receiving this news can make or break someone, and Lynda chose to make it. 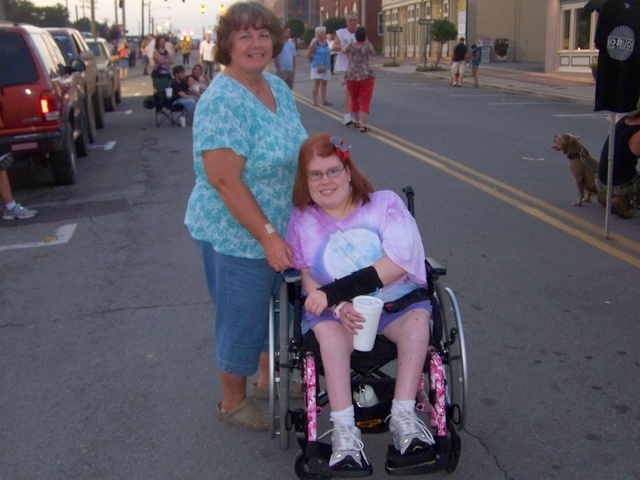 Strength is innate for some, but in other cases, it comes with experience. Amanda has both. She started her battle before she was even born and never backed down. It hasn’t been easy, though. Spina Bifida has left Amanda paralyzed from the waist down, unable to walk or control her bowel and bladder functions. The pressure put on her brain by the Hydrocephalus affected her cognitive abilities as well. High school was tough for her, as people with Spina Bifida tend to struggle with math and reading. That didn’t stop Amanda from trying, and trying hard. She elected to take 3 extra years of high school so that she could learn as much as possible, even though it was at times incredibly difficult. Though many complications and surgeries have arisen through the years Amanda “has always had such strength about her,” says Lynda. “She was being further forged in the fire”. 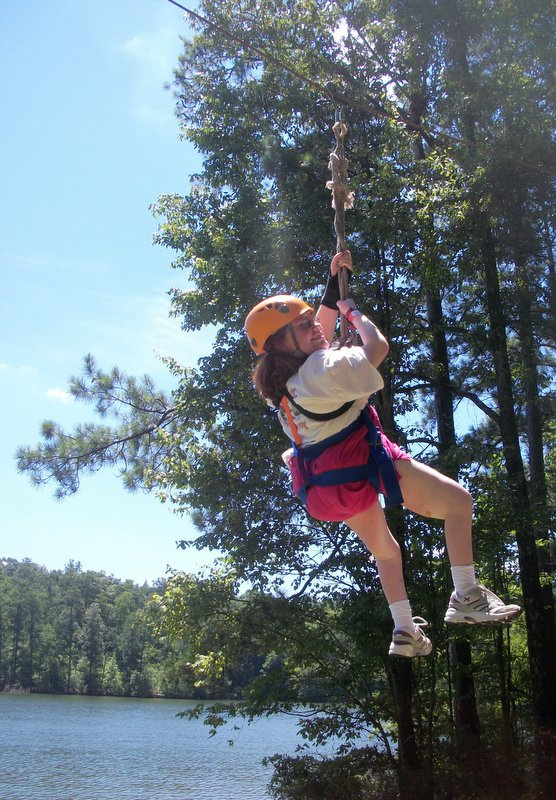 Amanda refuses to be defined by her conditions or their effects. Rather, this resilient woman, with the help of her mother, lives life on her own terms. You could even put together another list of statistics, one that comes closer to representing the life Amanda leads: 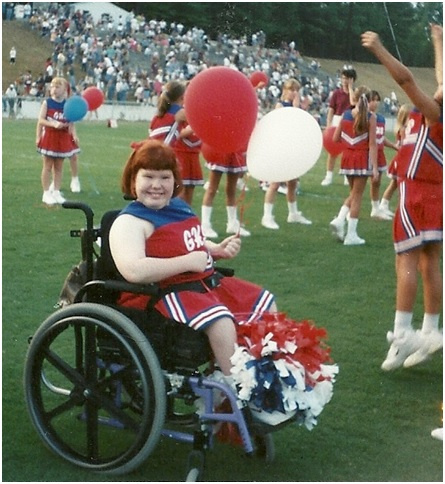 Again, the numbers don’t capture all the happiness Amanda and her mom have found amid the sadness. But they do capture some of her unstoppable spirit. “She was a winner in my book every time she asked to do something and did it,” Lynda says, recalling all the pursuits her daughter has gone after with her whole heart. Things like 4-H, Girl Scouts, cheerleading, ziplining, and horseback riding have been outlets for Amanda’s creativity and outgoing personality. “She is such an extraordinary person. She not only asked and desired to be involved in things, she completed them,” Lynda says. “She never gave up, and saw it through until the end.” 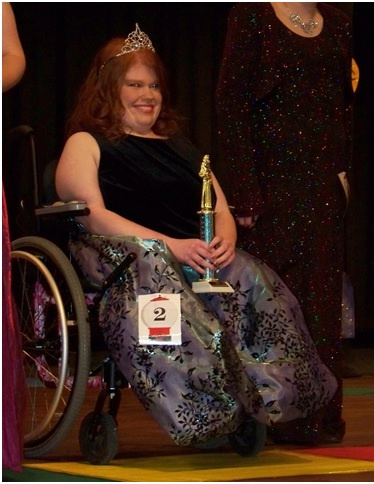 Amanda still goes to camp twice a year and she has no plans on slowing down. To get there, though, she’s gonna need some wheels. Currently, Amanda and Lynda are without transportation as their van, which was already on its last leg, was totally destroyed by the most recent flood to ravage their area. It won’t be missed, really, because the van wasn’t wheelchair accessible. Lynda’s worsening osteoporosis has left her unable to work, much less to lift and move Amanda in and out of the car. 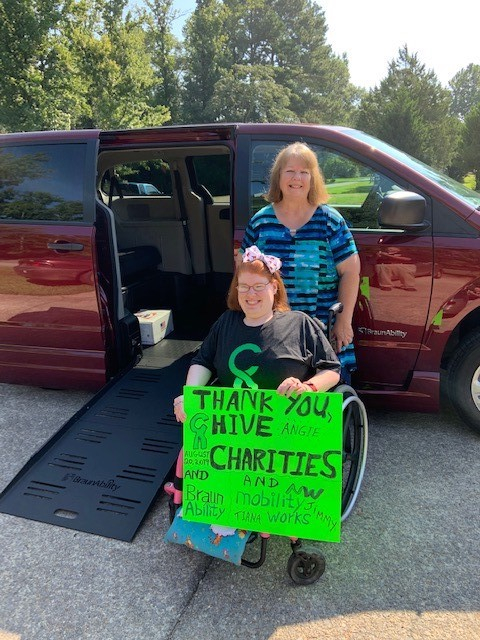 By giving this brand new BraunAbility wheelchair-accessible van to Amanda and her mom, Chive Charities is defying the statistics. It is, after all, not really about the van or the bike or the amount of money these things cost; these numbers don’t tell the story. As Lynda puts it, “it is in actually giving the help that is so badly needed that makes all the difference. That change will never be forgotten and will live on in the recipients’ hearts long after the material object is gone.”

If you haven’t heard, we help change lives like Amanda’s every single week here at Chive Charities. But we can’t do it without YOU. Find out how you can become a difference-maker by donating RIGHT HERE 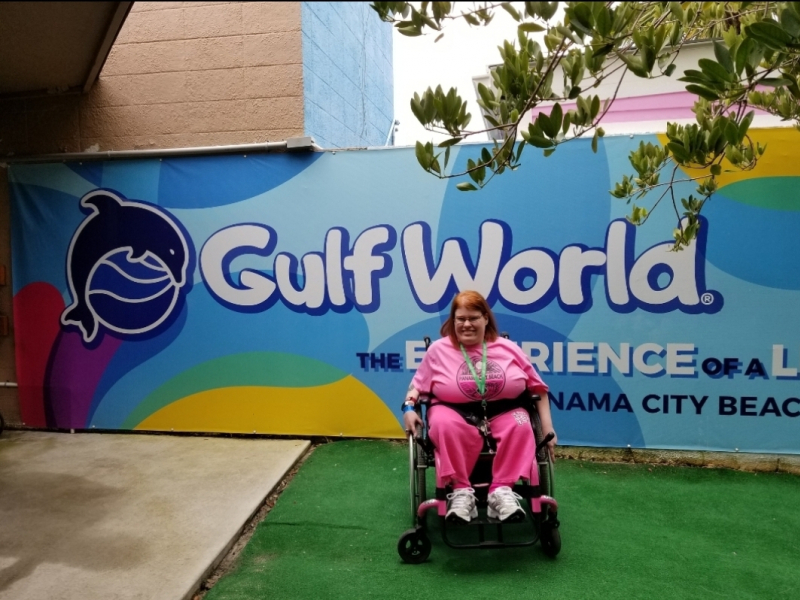