Calvin, Hobbes, a bike, and an inspiring recovery

If you didn’t grow up reading Calvin and Hobbes, I’m not sure we can be friends. 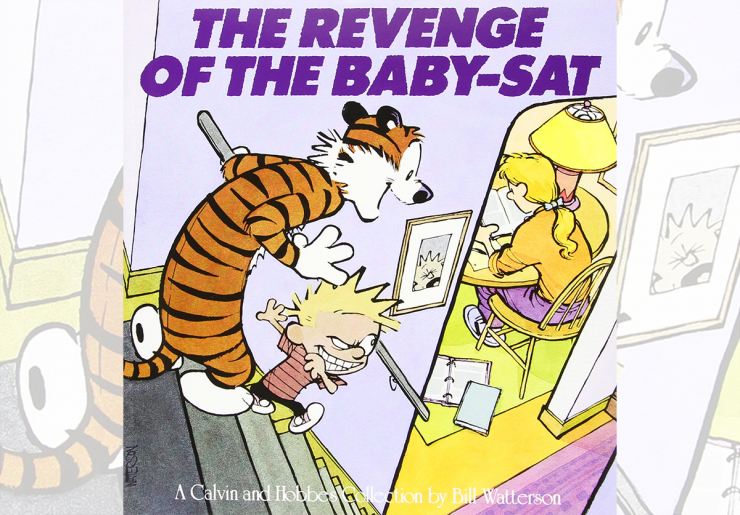 The comic’s author and illustrator, Bill Watterson, creates a world as seen through the imaginative eyes of its six-year-old protagonist. Calvin, who goes on adventures with his best friend, a stuffed tiger who may or may not be real, can be a bit of a terror at times. The everyday issues Calvin runs into may be mundane from the outside looking in, but to him, they are anxiety-inducing and life-changing.

We recently met a huge Calvin and Hobbes fan that has been dealing with problems that are far from mundane. For most of his life, Nicholas’ day to day issues would be better classified on the level of life-and-death from anyone’s perspective. Rather than complaining about his difficulties, as Calvin might do, Nicholas has maintained an effervescent smile that will light up any room. 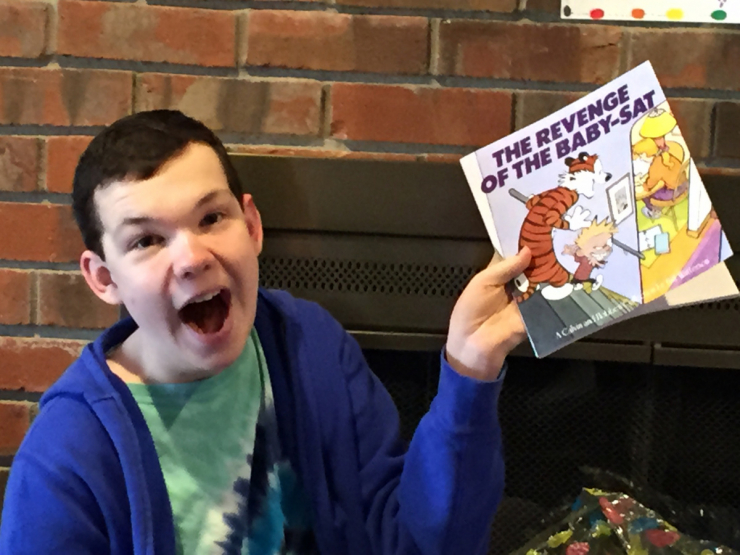 Physically and mentally gifted from an early age, Nicholas was already doing basic addition by age three and reading by age four. Although he would read 10-20 books per day with his mother, what Nicholas loved more than anything was getting outside and being active. He would climb just about anything and ride his bicycle until he wore out the tread on his tires. When Kathleen asked her 4 year-old son what his hobbies were, Nicholas would respond that his favorite thing to do was to “help people.” 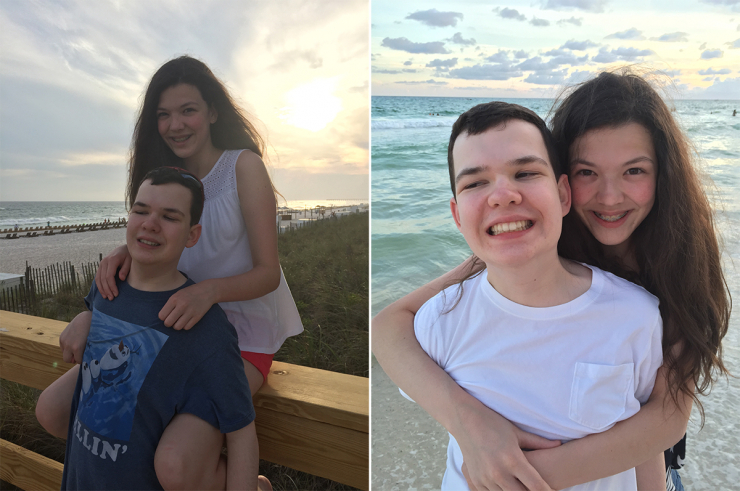 Halfway through kindergarten, Kathleen started to notice some concerning trends with her son. He was experiencing intense headaches that would come and go abruptly. He started to have random falls and was climbing less regularly.

Sometime in first grade, Nicholas stopped climbing entirely. While he still rode his bike from time to time, he became increasingly frustrated that he was losing control of his movements. Meanwhile, his parents scrambled to find what was causing the sudden neurological and physical problems. In a few short months, Nicholas had gone from being able to read dozens of books on his own to it taking over 5 minutes to say, “I love you daddy.” 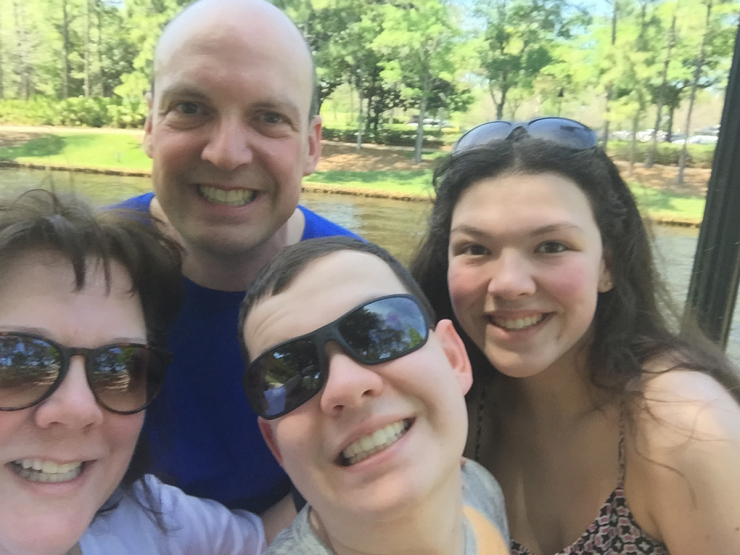 No one could explain why Nicholas was rapidly declining. Every test and scan came back inconclusive. When he was nearly 9 years old, they got their answer. A biopsy finally helped diagnose Nicholas with a rare type of Germinoma brain tumor that cannot be seen on an MRI or CAT scan. The diagnosis was the first of many and would mark the start of the toughest battle of Nicholas’ young life. 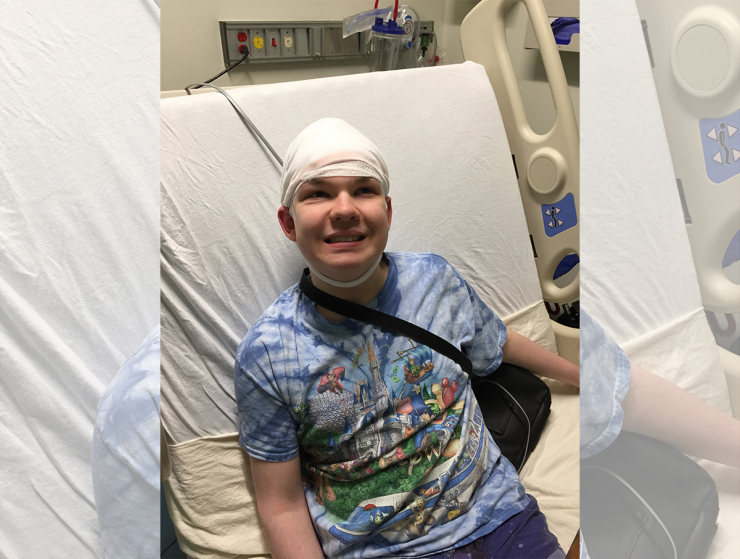 The next few years would become a blur to Nicholas. In fact, he has no memory of this 4-5 year period. By this time, Nicholas was barely able to move on his own. Kathleen describes him during this time as an “awake comatose child.”

Even though they knew there was more going on, Doctors’ first priority was to treat the brain tumor. If he survived the aggressive head and spine radiation treatment, then they could worry about what came next. 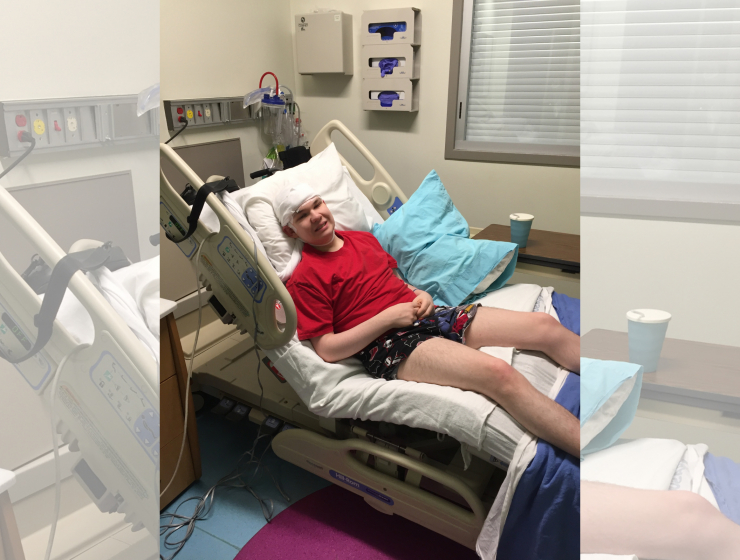 The success of the radiation didn’t make his struggle any easier though. What followed was nearly 30 separate diagnoses of muscle, developmental, and neurological conditions, a list so exhaustive that I won’t bullet them here. In the ten years since radiation, Nicholas has had seizures, experienced cardiac episodes to the point that he turned purple, and developed symptoms that mimic Parkinsons. His combination of symptoms and diagnoses are so rare that doctors simply don’t have a playbook for Nicholas. But Nicholas is one helluva fighter and wasn’t going to back down from the challenge. 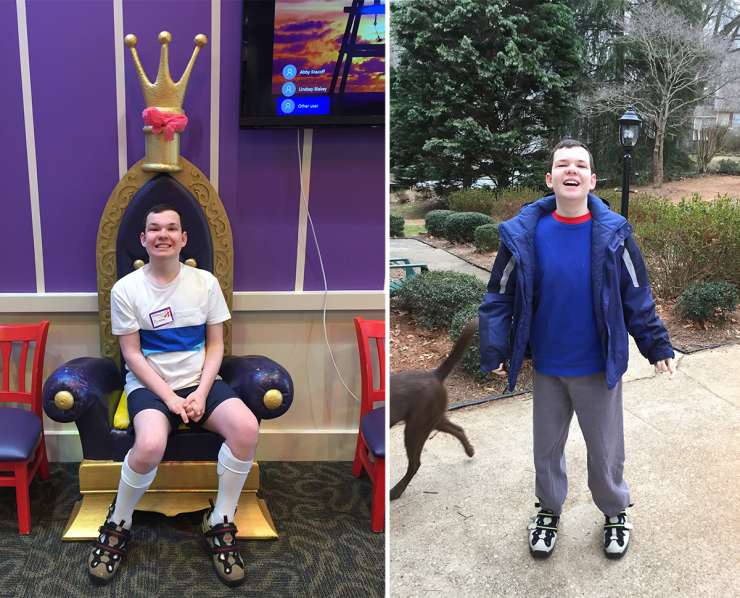 Going from an “awake comatose” state to being able to walk and communicate in his own way again has been anything but easy, though. It’s taken years of countless speech, occupational and physical therapy appointments. And Nicholas hasn’t just been content with doing the minimum. Much like when he would read extra books with his mother as a child, Nicholas puts in hours of additional work each day with his parents and sister. He hopes the extra work will lead to small gains that over time will give him back the autonomy that was stripped from him 12 years ago. 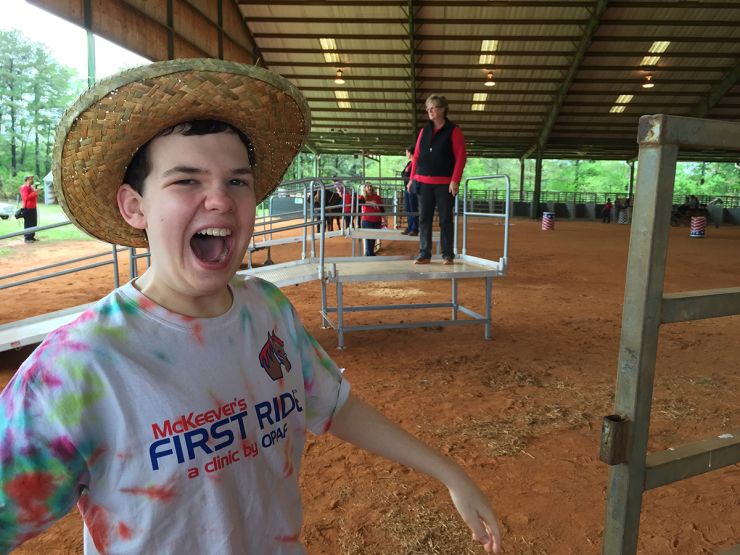 Not surprisingly, the struggle every day is exhausting for Nicholas and his family. The degenerative episodes still occur. Sometimes it seems like they take two leaps backward to take one step forward.

Despite it all, Nicholas still loves to be active and get outside when able. His favorite thing to do nowadays? You may have guessed it. “When given the choice,” Kathleen told us, “he will always pick the bike at therapy even though their bikes are too small for him. A bike, for Nicholas represents most of all, freedom. To see his face light up with joy everytime he gets to ride one is heartwarming.” 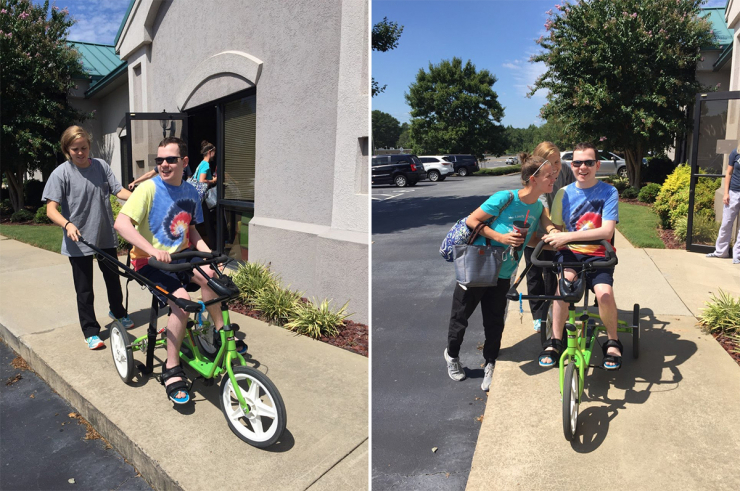 As fate would have it, Chive Charities has friends who specialize in building therapeutic bikes. Kathleen recently met Jaydene Lowe from Freedom Concepts and explained the transformative effects their bikes were having on her son’s mind and body during physical therapy. Instantly, Jaydene knew she had to refer Nicholas to Chive Charities so our amazing donors could buy him one of his own. 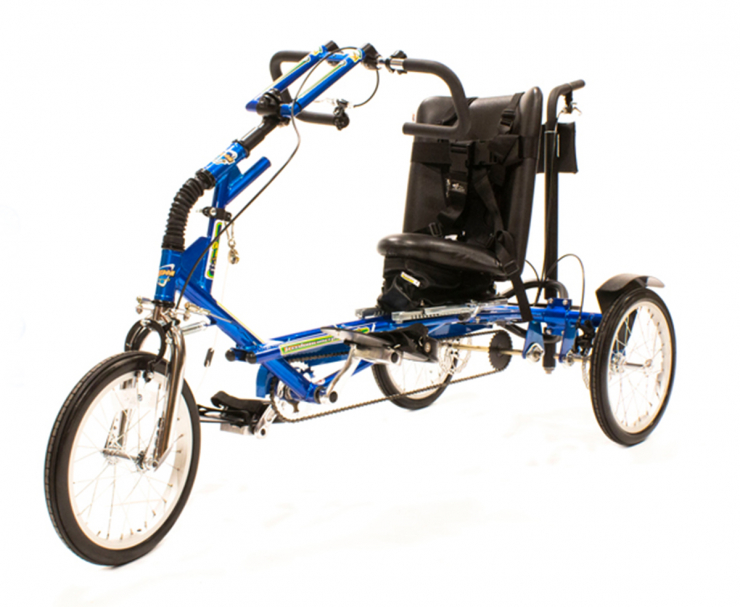 Chive Charities is glad to play a small part in Nicholas’ recovery by purchasing him a brand new $4,200 ASR2011 Freedom Concepts bike which we hope will greatly impact his healing and growth. 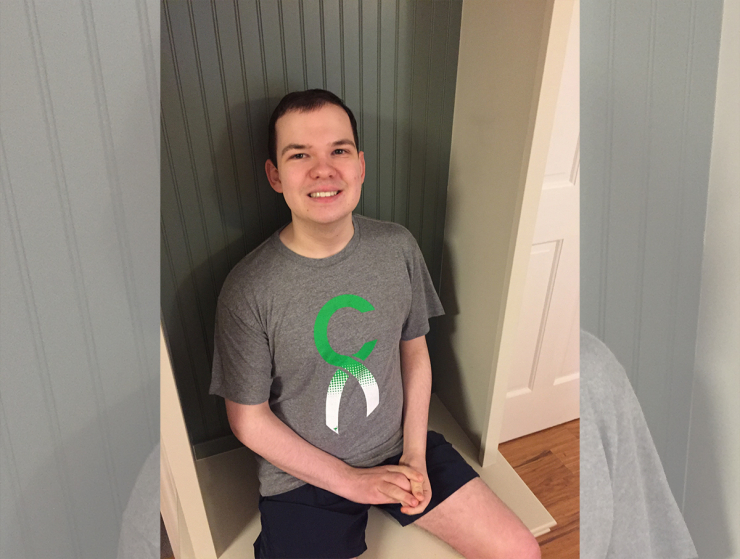 The bike is currently in production but Nicholas couldn’t be more excited to get his wheels. Upon finding out he was getting a new bike, Nicholas couldn’t clearly communicate his feelings, but that smile is all we needed. Kathleen helped elaborate for him. “We cannot adequately express our gratitude for your generous donations,” she related. “We will think of Chive Charities each and every time Nicholas rides his new bike! His smiles will be for you. Know that you have helped to change all our lives for the better!”

In reality, the praise should be reserved for Nicholas and his family. They are the ones fighting daily and inspiring tens of thousands of people that are reading this story. We have the easy part. We simply donate and try to make the world a little bit better, 10% happier even.

Have you donated yet? Make the world a better place by donating to Chive Charities RIGHT HERE