The pilots who paved the (run)way

What does it really mean to be the first? Not just first place in an event or first in line at the DMV — both of which should be highly celebrated — but the first to do something that sets the stage for everyone that comes after you.

In 1938, Europe was teetering on the edge of another war, and President Franklin D. Roosevelt announced that he would expand the civilian pilot training program in the U.S. Remember, this was a time when racial segregation remained the rule in the armed forces and was prevalent throughout much of the country. 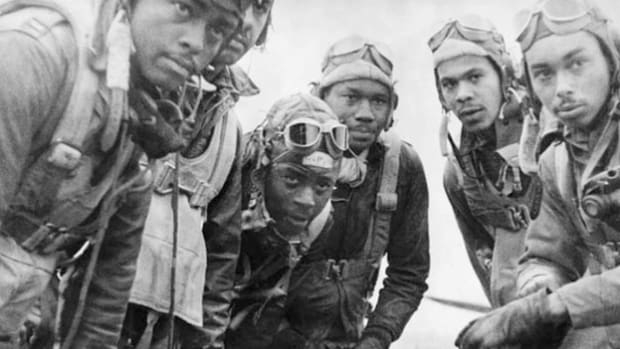 Roosevelt responded to lobbyist demand for black Americans to be included, and two years later, 13 enlisted men arrived at the Tuskegee Army Air Field in Alabama and altered the course of history forever. As the first in an all-African American flying unit, they would be remembered for generations after as the Tuskegee Airmen. For them, being the first meant everything. It would also change everything.

The Tuskegee Airmen did more than break the color barrier of the U.S. Army Air Corps. By the time the last combat mission was flown on April 16, 1945, two weeks before the German surrender, the Tuskegee Airmen had flown more than 15,000 individual sorties over two years in combat. 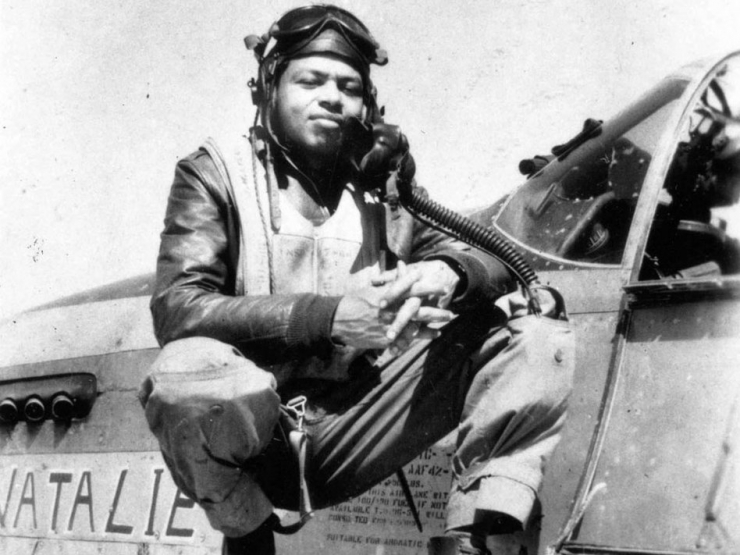 Between them, they collectively earned 150 Distinguished Flying Crosses, 744 Air Medals, 31 Purple Hearts, and 14 Bronze Stars. They paved the way for so many others after them, risking their lives in service to a country that still didn’t perceive them as equals.

Their military commendations and historic bravery would have been enough to cement their legacy, but they didn’t stop there. Those that go first have a tendency of creating things that last. 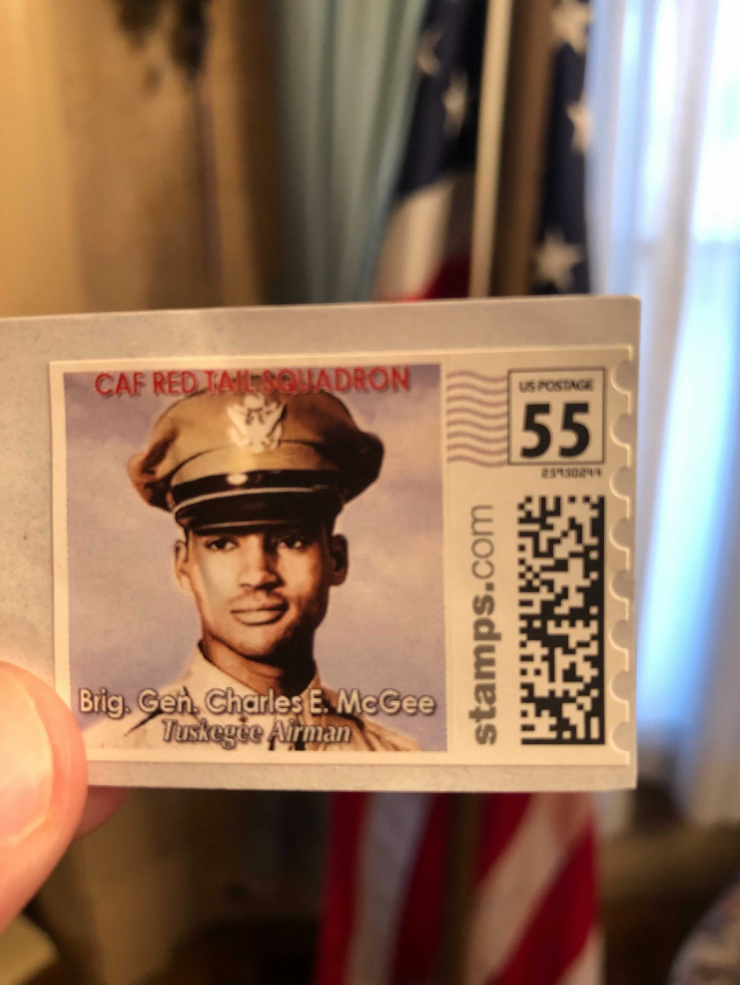 So, in 1978, more than 30 years after the war ended, a group of original Tuskegee Airmen created a scholarship fund to provide critical aid to low-income students.

The Tuskegee Airmen Scholarship Foundation (TASF) was founded by 2nd Lieutenants Bill Melton, Lowell Steward, Jack Holsclaw, and Buddy Lockett (pictured below), and their mission has continued in collaboration with 30 chapters that participate in the scholarship program today. 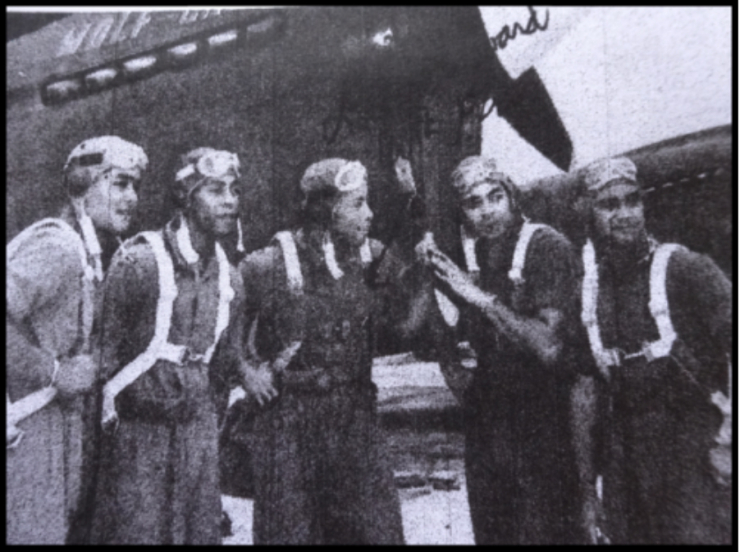 Here’s how it works. Each of the 30 chapters participates by referring qualified student applicants for scholarship consideration. These high school students must verify that they’re low-income, maintain a 3.0 GPA or above, and submit two essays — one on the impact of the Tuskegee Airmen and one called “my life’s journey.”

Then, each chapter submits its top 5 candidates, totaling about 125 applicants. A committee reviews all candidates and selects approximately 40 to receive a scholarship. Over the years, the amount of funds awarded to students has increased from a meager $400 in the early days to the $1,500-$5,000 range that exists today. 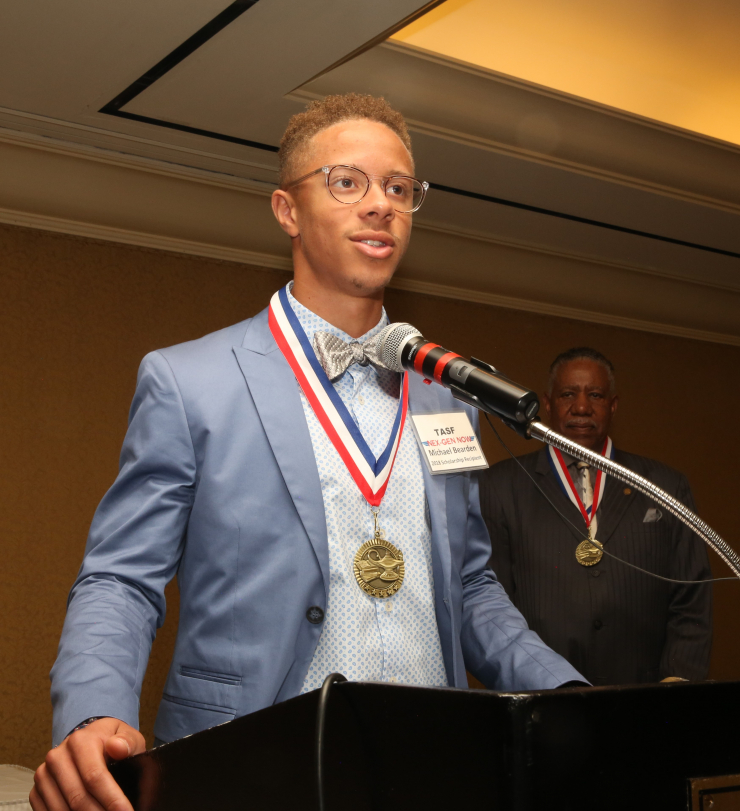 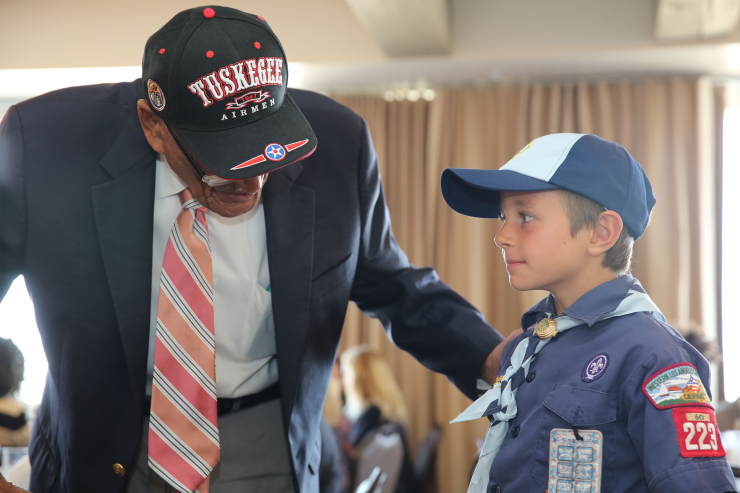 Our Chive community also loves to support the underdogs. So, between May and June of last year, participating Chive Nation chapters designed their own flags to be sold to chapter members as a fundraiser for Chive Charities and to showcase their chapter pride. All flags were printed by Americans United, Inc., a veteran-owned and operated organization.

The more that sold, the more that came to Chive Charities to help us continue providing life-changing grants. Through an impressive combined effort, $15,000 was raised through flag sales.

Once the Chive Nation community heard about TASF, they immediately requested that all proceeds benefit their scholarship fund directly. 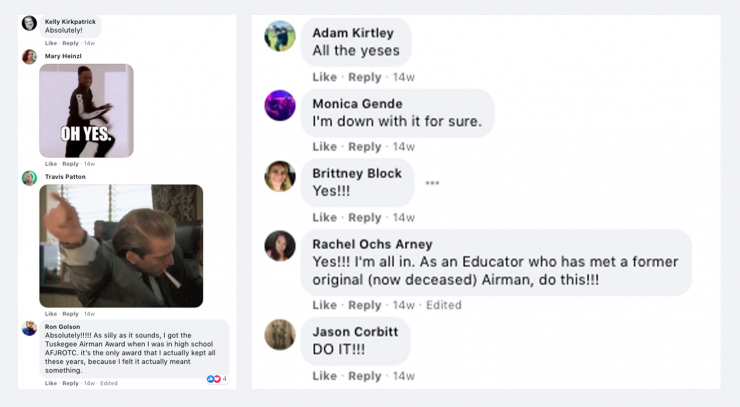 When we spoke with Edward Grice, the first Executive Director of the TASF, he couldn’t believe what he was hearing. Through Chive Charities and Chive Nation, three additional low-income students would each receive a $5,000 scholarship. 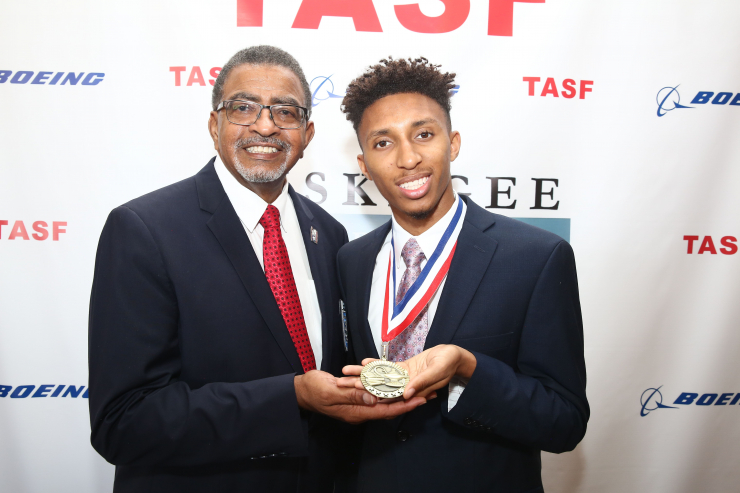 “The Chive Charities grant meant that we were able to expand the amount of funds going to low-income underserved students. It enabled us to put resources in the hands of first-generation students wanting to attend college. For some, this meant having a clear path from marginalized life to a career that will offer economic growth and stability,” he told us.

It was the first Chive Nation flag sale campaign of its kind in Chive Charities history. Could you think of a more fitting organization to receive the proceeds? 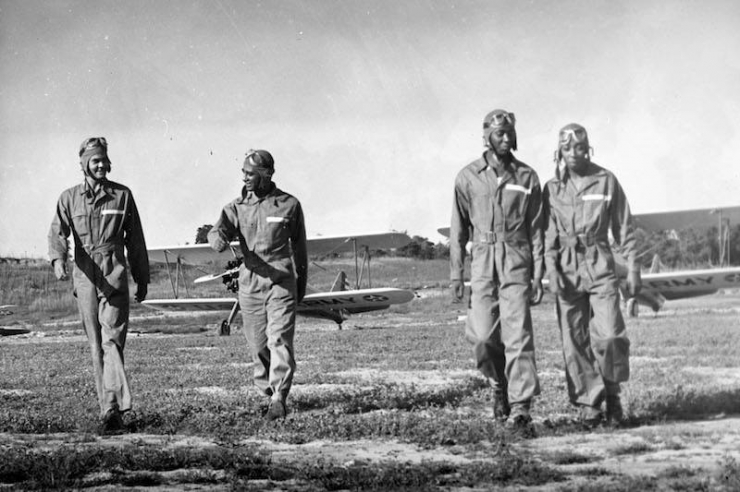 Like Chive Charities, they championed the underdogs. They also turned historic and unprecedented service into a lasting legacy that will live on long after they’re gone. Now, the Tuskegee Airmen Scholarship Foundation continues that mission.

Eight years ago, we set out on our own mission to make the world 10% happier. To champion the underdogs. To serve the underserved. To create a lasting legacy that will live on long after we’re gone.

Legacy is a heavy word. We all want to learn from the Tuskegee Airmen and make our mark on the world in a meaningful way. By signing up as a monthly member of Chive Charities, you’re helping us do that very thing for so many others like them. Which of you will be the first to donate? BECOME A MEMBER HERE.