The You You Are

Have you ever flown and immediately regretted the decision? Have you ever walked through the sliding glass doors only to be greeted by a never-ending line of people? Gotten to your gate just to hear that the flight was delayed (again) or that the crew is late? It can feel like one thing after another - like the airlines have all banded together to make your personal travel experience the most miserable and frustrating version possible.

Now imagine dealing with all of that just to land at your destination and be told that the electric wheelchair you depend on for mobility was broken during the flight. Not only that, the airport has no resources to help you and no incentive to do anything beyond patting you on the shoulder and saying, “Better luck next time.” That’s the reality for so many people in the U.S. who require the use of a wheelchair. That’s the reality for someone like Alexandria Bode. 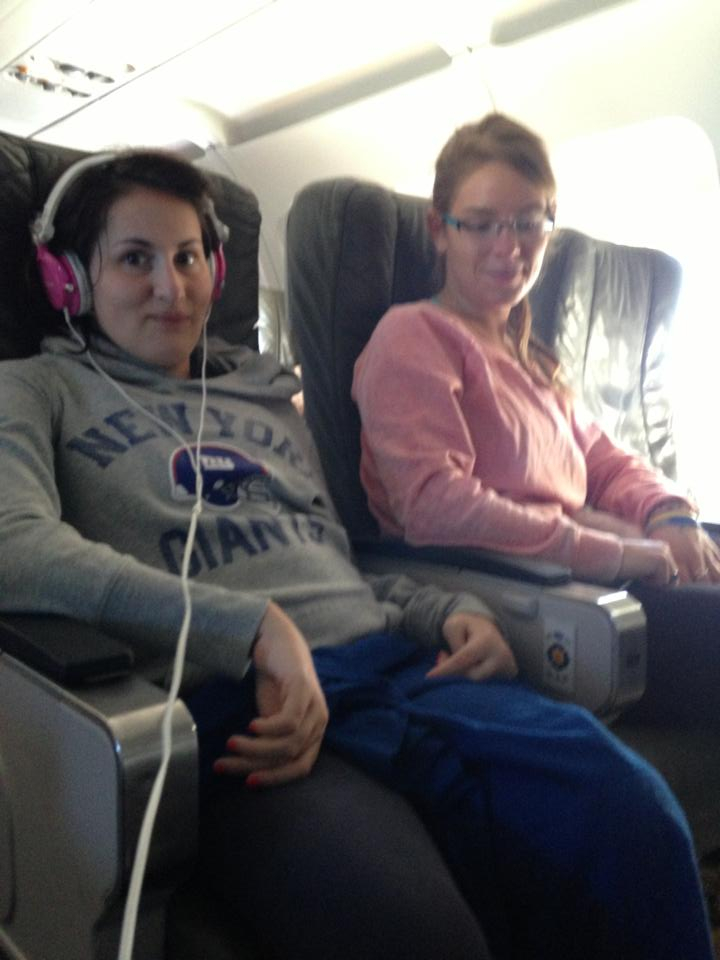 When Alex was 6 years old, her mom had the sinking suspicion that her daughter was facing the same diagnosis as her eldest son, Sam, who was just 10 years old at the time.

Just like Sam, Alex had started tripping and clumsily falling with no apparent cause. Then came balance issues and a change in speech. It wasn’t long after that both kids were given a name for their concerning symptoms: Friedreich’s Ataxia (FA). 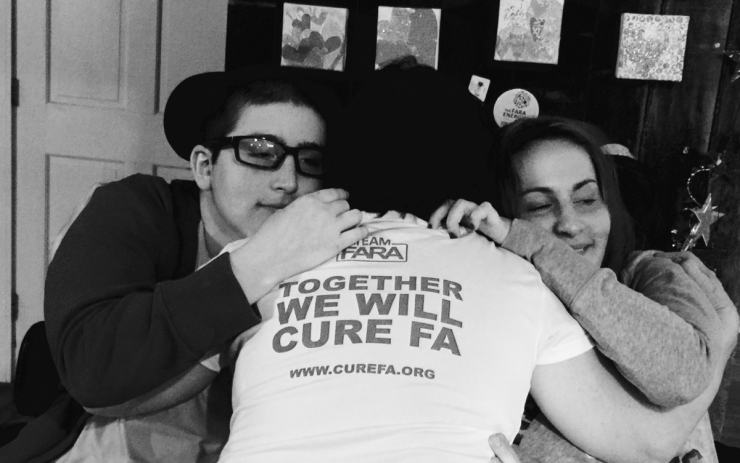 FA is a rare inherited disease that causes progressive nervous system damage and movement problems. It usually begins in childhood and leads to impaired muscle coordination (ataxia) that worsens over time.

Like Alex told us, “This disease is devastating. It’s a really bad disease.”

On one hand, it’s good that it’s slowly progressive, but there’s another side to it. By the time Sam and Alex were around 10-11 years old, they had lost their independence and their mobility.

“You mourn that loss,” said their mom, Mary. “You try to get used to your new normal, you come to accept it, and then you move on. And that’s how our family has approached FA.” 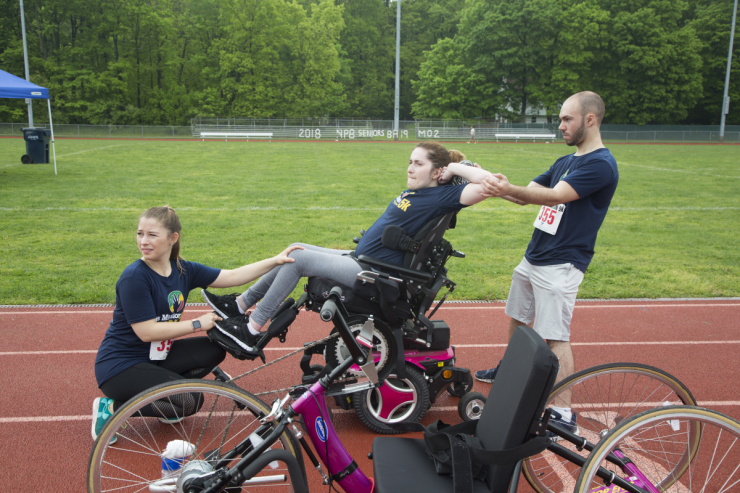 That attitude - that ability to take a hit, accept it, and then come out stronger - trickled down to Alex so swiftly that she could give a masterclass on grit.

For one thing, she graduated from high school, went on to get her bachelor’s degree, and then completed her higher-education resume with a master’s degree in social work. 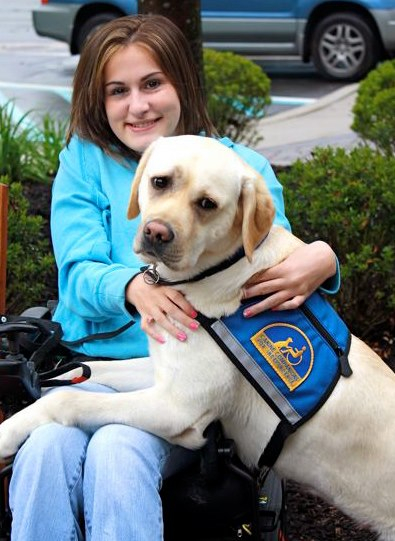 She faced obstacle after obstacle, including one college professor who refused to let her participate in the required oral mock counseling segment because of her declining speech. (Alex filed a complaint with the Office of Civil Rights and fought them to the end. Eventually, they were required to make some improvements and accommodations.) 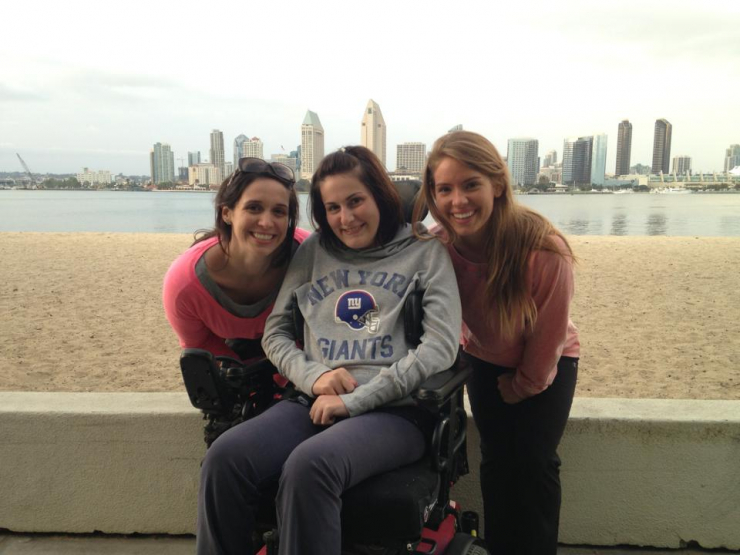 Then, she realized that the hospital where she received treatment didn’t have certain necessary lifts, so she petitioned them to add some - which they did.

She took homemade Thanksgiving dinner to the staff at the hospital, then turned around and delivered Christmas meals to the local police department. 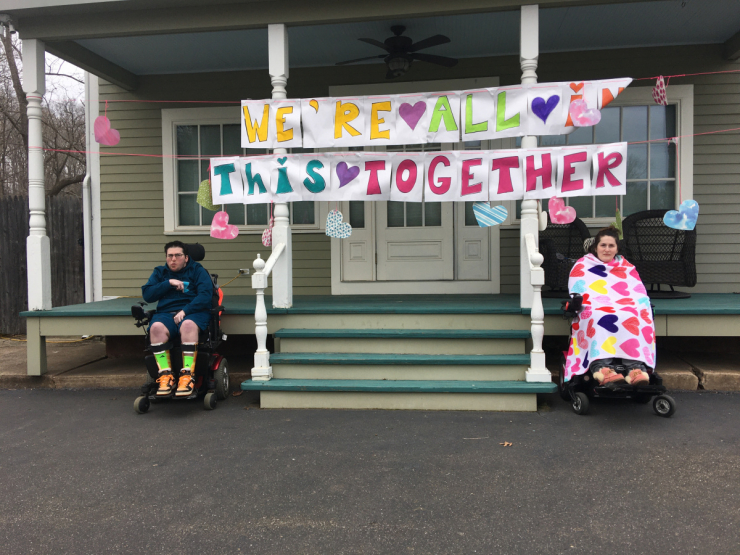 She realized there were many therapy dog programs for hospital patients, but nothing offered for the medical professionals themselves, so she created a therapy dog initiative for the staff at Yale New Haven Hospital. 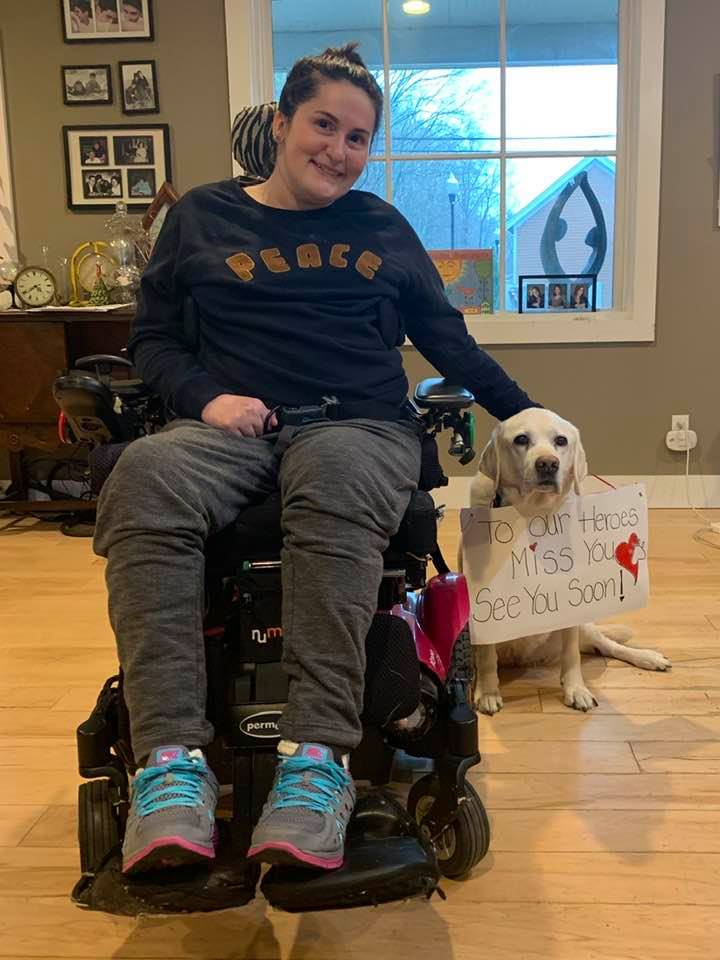 She has testified at the state level for handicap parking access in Connecticut, created an app for at-risk youth, and advocated for herself and others like her in more places than we can list here. 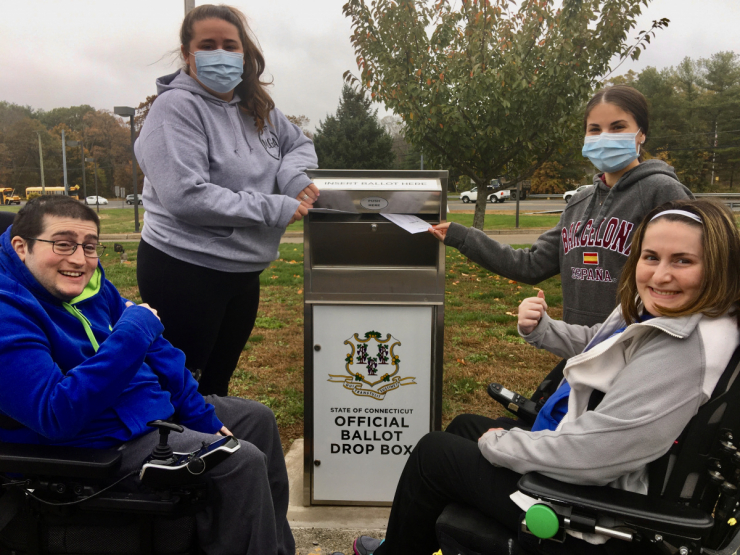 Oh, and remember that airline transportation issue we mentioned earlier? The last time Alex flew on a plane, the airline couldn’t find her wheelchair. That meant that the pilot and flight crew had to wait on board the aircraft with Alex and her family until she was able to deplane, and they weren’t happy about it. (None perhaps more than Alex herself.)

That’s when Alex explained to us that if something happens to her wheelchair during a flight, she’s essentially on her own. She could be completely stranded at her destination with no access to her critical mobility equipment. What would you do?

Afterward, Alex took part in a big meeting with the air transportation administration to push for more accessibility. 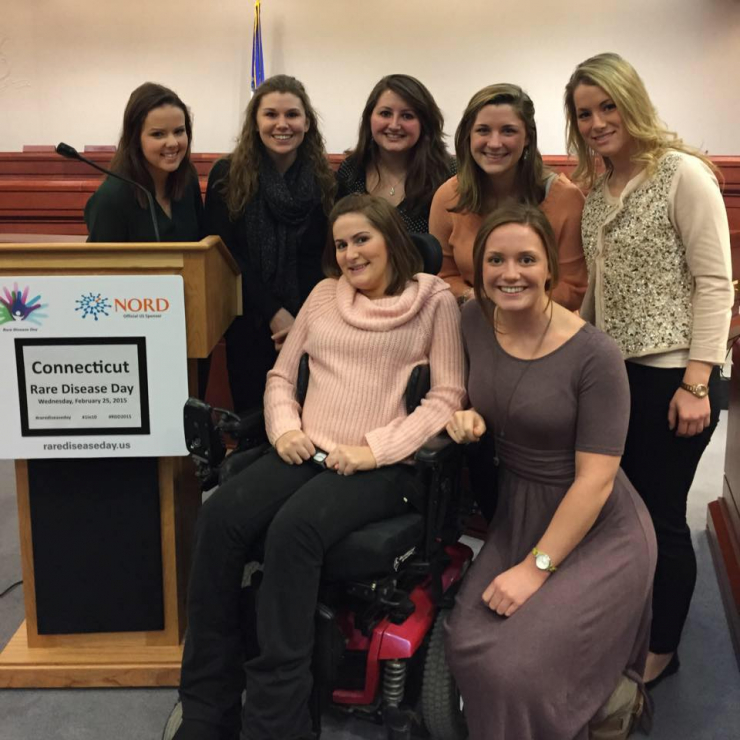 “I always knew I wanted to help, I just wasn’t sure which population,” Alex told us. And while she’s currently working with the at-risk youth population, we could see that she’s helped so many more.

Yes, her disease is devastating and awful and truly unfair. But she is doing so much to make waves and leave a mark - she’s really changing things.

“I believe my visibility in society paves the way for others who have disabilities,” she said. 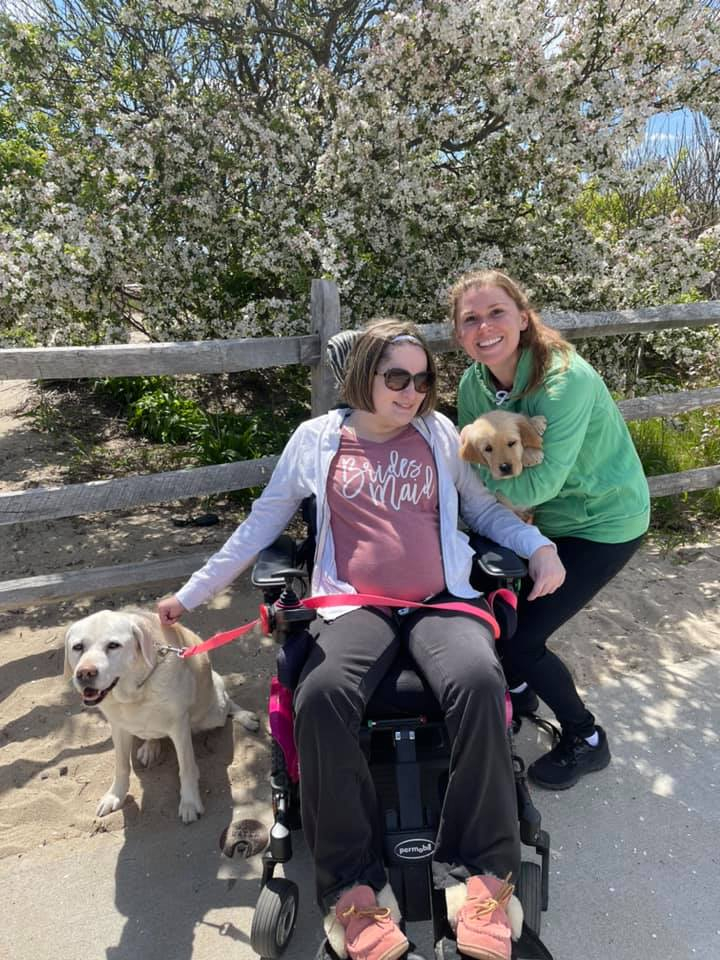 She’s just Alex. Unabashedly Alex. And there’s nothing more important than being the you you are.

We can all agree that we need more of Alex out in the world. Only that’s not possible without your help.

She requires lifts to get out of bed and into her wheelchair, shower, dress, and onto her exercise equipment. Insurance doesn’t cover the cost in full and with two family members with complex medical needs, Mary can’t afford to shoulder the staggering bills herself. 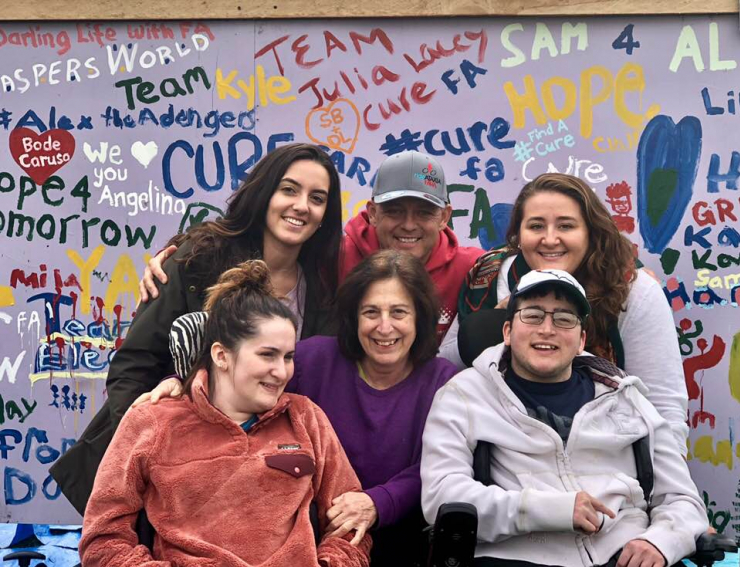 This isn’t a want for Alex. It’s a need.

And now, because of people like you who don’t just sit on the sidelines, Chive Charities was able to fully fund a new mobile lift and remote for a total impact of $4,322.

“Having this form of technology allows me to follow my path and live a happy life,” Alex explained.

It allows her to be the amazing, awe-inspiring person she is. 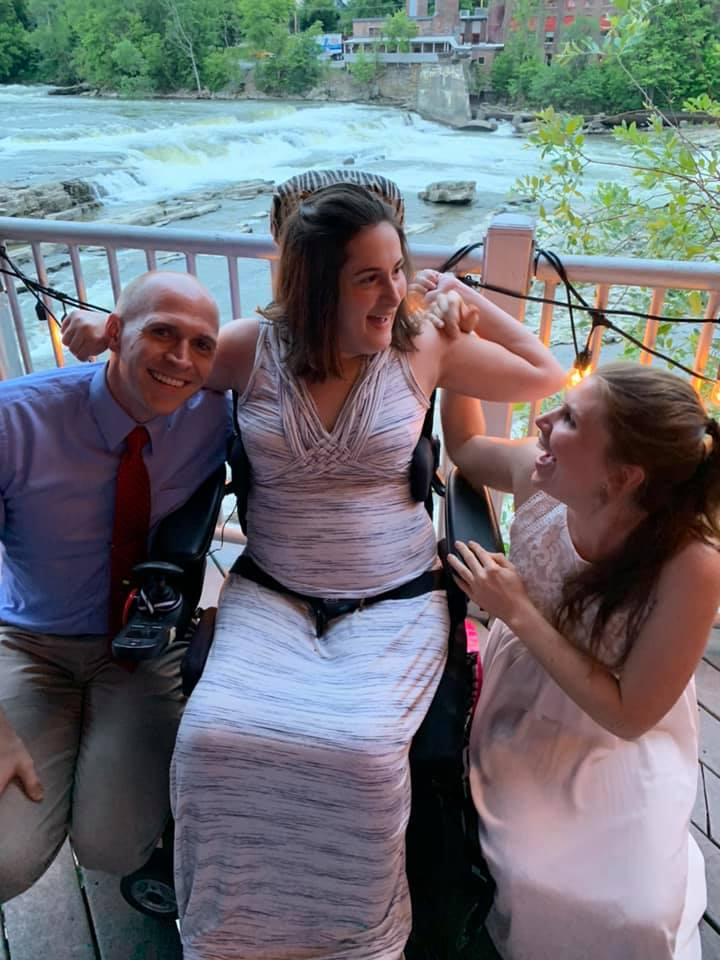 As her mom, Mary, expressed, this family has learned to take a hit, accept it, and then come out stronger. And while Alex is unequivocally well-suited for the role of kicking butt and taking names, she can’t do everything on her own.

Your donations didn’t just disappear into the universe somewhere with no name or face attached. Your donations directly impacted Alex’s life. And you know she won’t let that be for naught - she’ll be right back out there, changing the world. 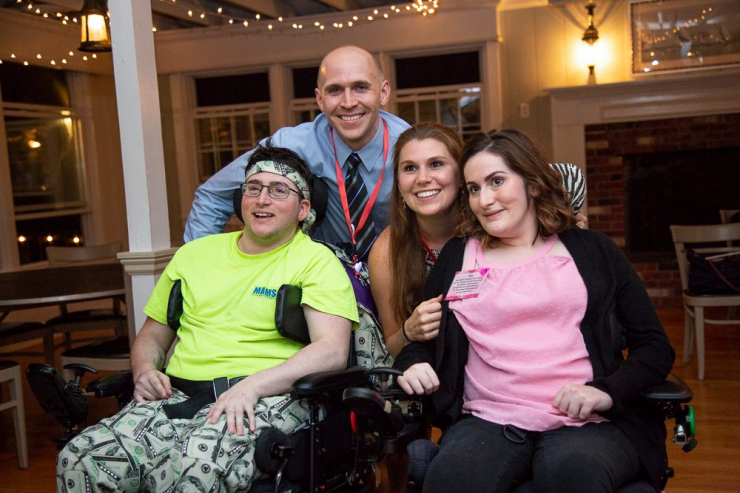 When you support Chive Charities, you can change the world, too…one Alex at a time. Just be the you you are. DONATE HERE.