Taking it all in stryde

Sleep. That beautiful, sometimes elusive, necessity that allows us to reset. We close our eyes, sink into our beds, and give our mind and body a chance to relax. 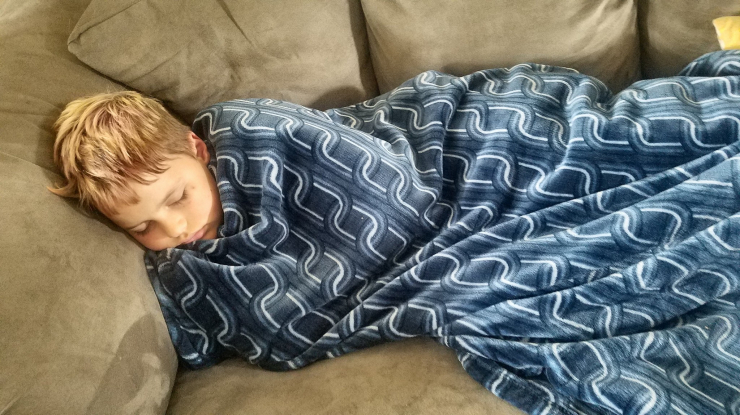 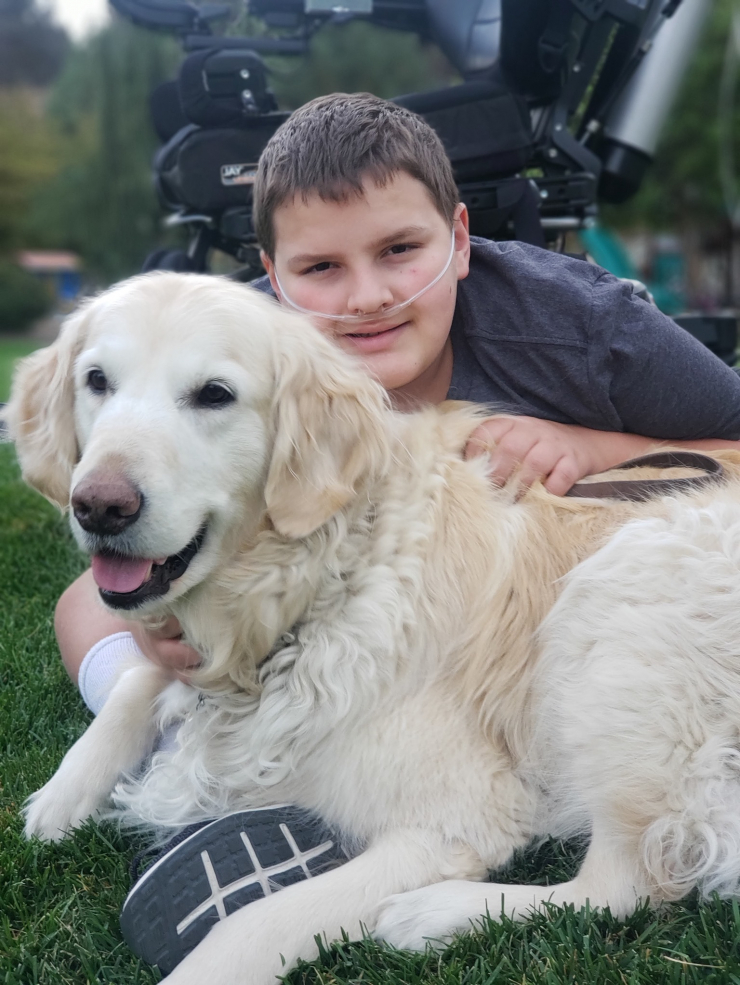 From the very beginning, Stryder’s health was “complicated.” At first, he was diagnosed with failure to thrive - a horrible term used to refer to babies who weigh less or are smaller in size than typical newborns. Then, around his second birthday, the family noticed that he wasn’t able to communicate very well.

He couldn’t say any discernible words, often creating his own that started with a consonant and ended with a vowel. Car was “ba,” truck was “bow,” monkey was “lala.” It was concerning, but not u

nmanageable, a challenge they could easily overcome. His family learned sign language to help him communicate and life continued. 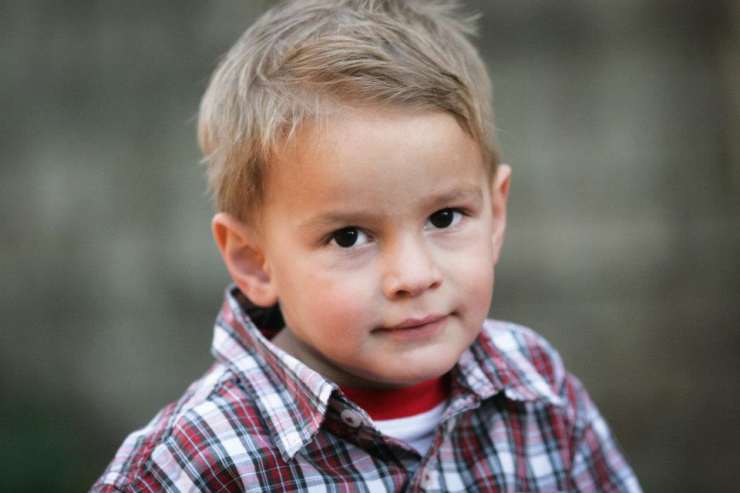 Around the age of four, Stryder went to the Mayo Clinic in Rochester, Minnesota to undergo some testing and hopefully find some answers to fill in the puzzle. And it was here that a sleep study revealed something shocking that no one saw coming.

Stryder was having seizures nearly every second that he was asleep, his brain in constant turmoil as it struggled to rest and reset. Every time he closed his eyes, his seizure activity kicked into overdrive. It was a silent threat that nearly cost him everything. 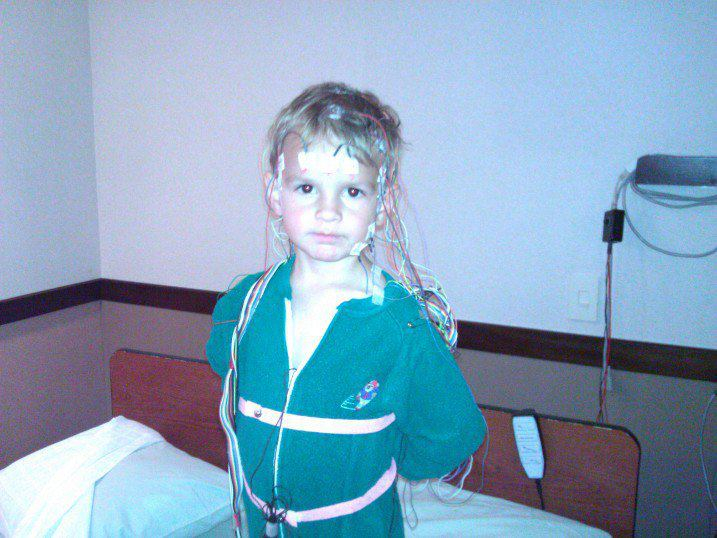 “During the seven weeks we were there, doctors treated him with intensive speech therapy, seizure medication, and conducted other tests,” his mom, Angela, told us. “One of his doctors said he likely had Ehlers-Danlos Syndrome, but at the time, testing was only 50% accurate and it was recommended that we not pursue it.” 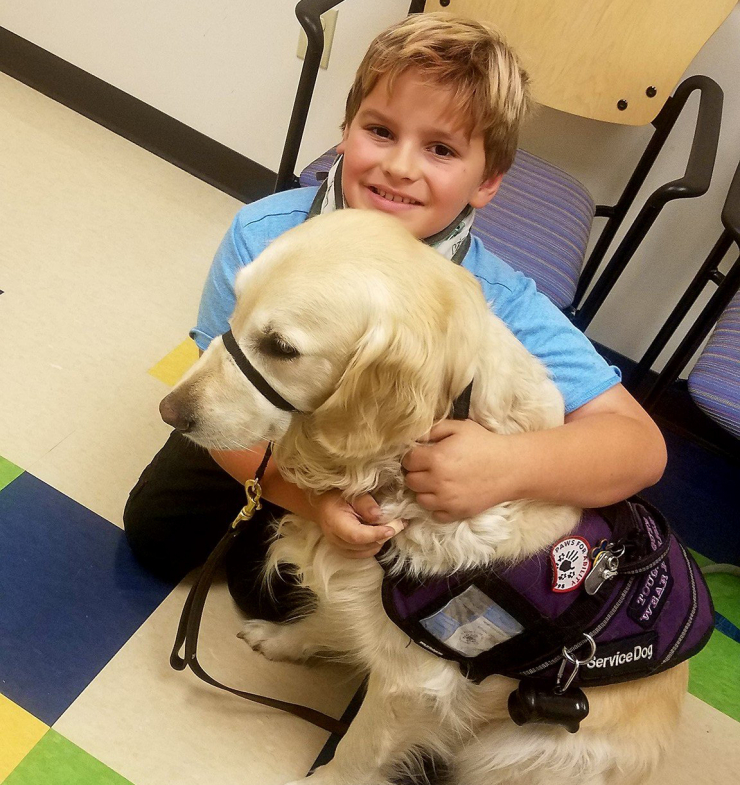 “The medical team also helped him learn to talk through reading and showed him how to move his mouth to make the sounds for words. When we got back home, everyone was amazed at how much he learned while away,” Angela said. 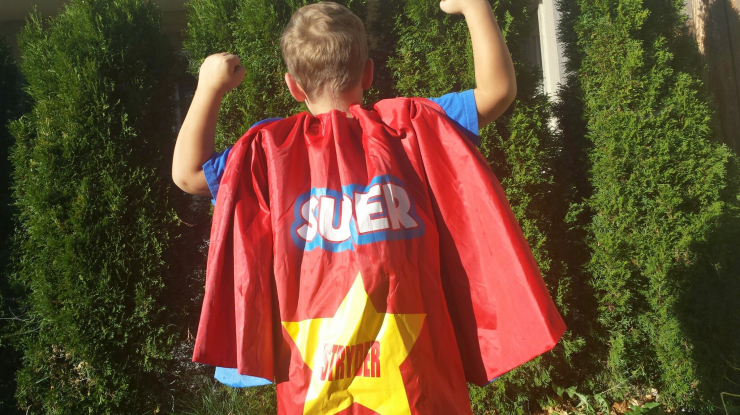 Still, something was off. As Stryder grew, he would often hold his breath, become lethargic, sleep several hours during the day, and sometimes be unable to walk, exhibiting stroke-like symptoms.

Doctors were perplexed, but all agreed that these little challenges were adding up to something big. Angela was told to enjoy the time she had with him because they couldn’t say what tomorrow would bring. 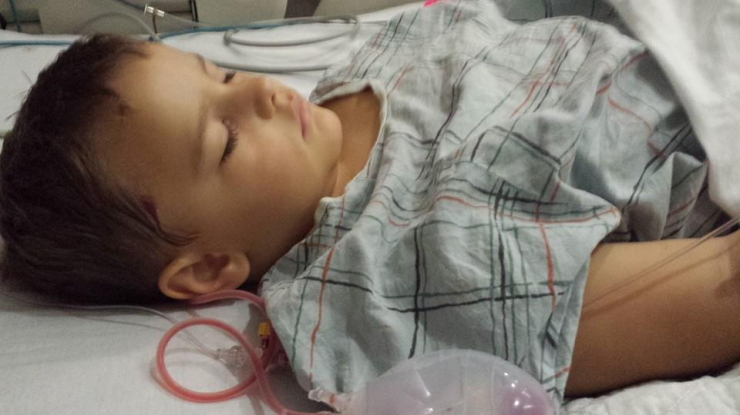 It’s been a decade since that first trip to the Mayo Clinic and doctors are no closer to diagnosing him. But for over a decade now, Stryder has woken up, ready to take on a new day and whatever challenges it might bring.

“Stryder is always smiling and has NEVER complained of his limitations,” Angela told us. “His reality is so different from most, and he has learned to adjust his normalcy. He can’t participate in school activities or outdoor play due to rapid onset flushing, tachycardia, hypoxia periods, and seizure activity. But you won’t find a more laid-back kid in the world.” 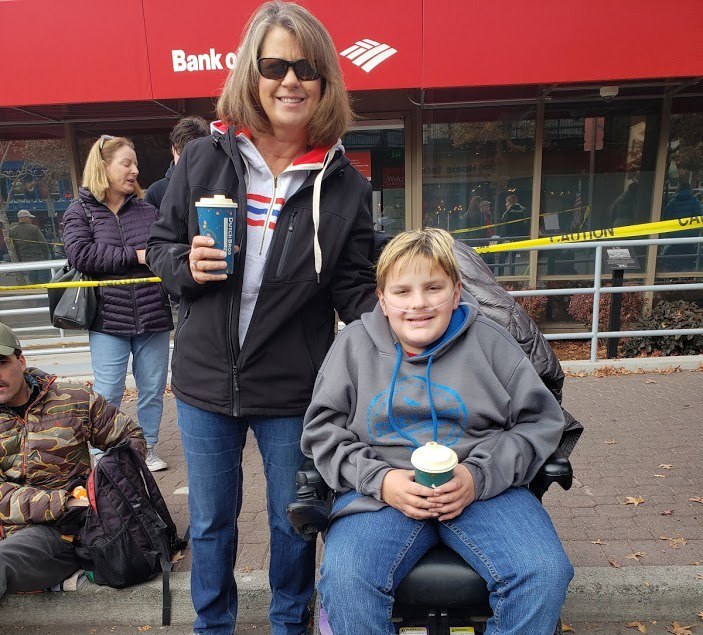 That’s a good thing, because Stryder has to handle a lot. Most of his primary medical team is located in Aurora, Colorado, a two-day drive from his home in Bend, Oregon. In a typical year - of which this was not - Stryder and his family would fly there. Now, he needs to stay for at least a week at a time, requiring oxygen and IV bags; flying is not an option anymore. So where does that leave the family?

Without Chive Charities, it would be hard to say.

Stryder has lived up to his name, taking all of his unique challenges in stride. He’s not afraid to tell anyone who asks how much it would mean to him to have a cool-looking van. So when we heard about his need, when we saw the teenager who has defied the odds despite all that’s been thrown his way, we knew we had to do what we could for this family. 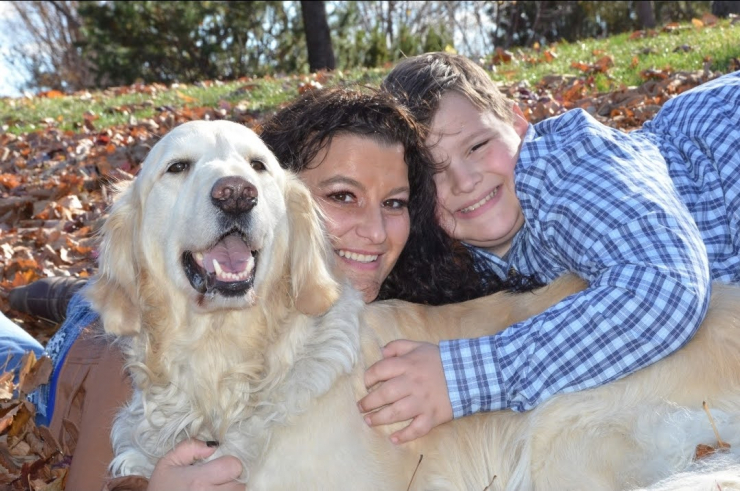 “Stryder often needs to be picked up from school due to his vitals being erratic, and that’s not possible without a vehicle that’s able to safely transport him,” Angela explained.

“Getting a new van is something that could never, ever happen without Chive Charities. We can never explain in words how much this means to us, and to be honest, we’re still wondering if this is real. Every day is a struggle and it’s hard work, but having a wheelchair-accessible van will be such a massive relief for so many reasons.”

Tonight, Stryder and Angela can sleep easily knowing that help is on the way. 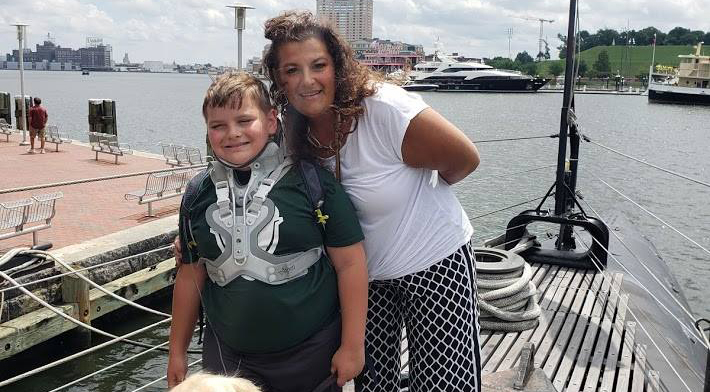 Our amazing donors have changed the lives of 175 families who needed an ADA van and had nowhere else to go. Stryder just became lucky number 176.

Through our Green Ribbon Fund, we were able to purchase a 2019 white Dodge Grand Caravan from our friends at AMS Vans for a total impact of $43,923. With so much uncertainty in his life, Stryder now has safe transportation that he can count on, every single day. 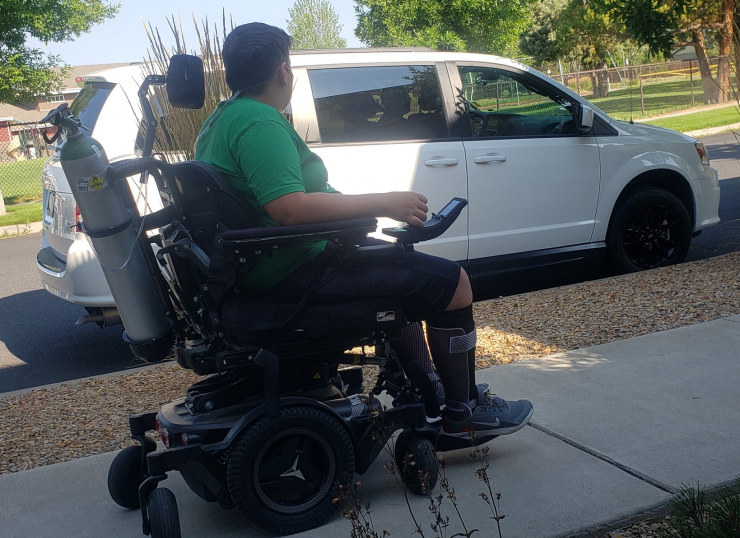 When you’ve been told you might not have many days left - when you’ve spent years of life scared to close your eyes and go to sleep - the comfort in that reliability can’t be understated.

Stryder and Angela still don’t have a name for his condition. They don’t know his prognosis or what the future could hold. All they know is that they’re grateful for every day they have together, and for the smiling teen who won’t let life get him down. 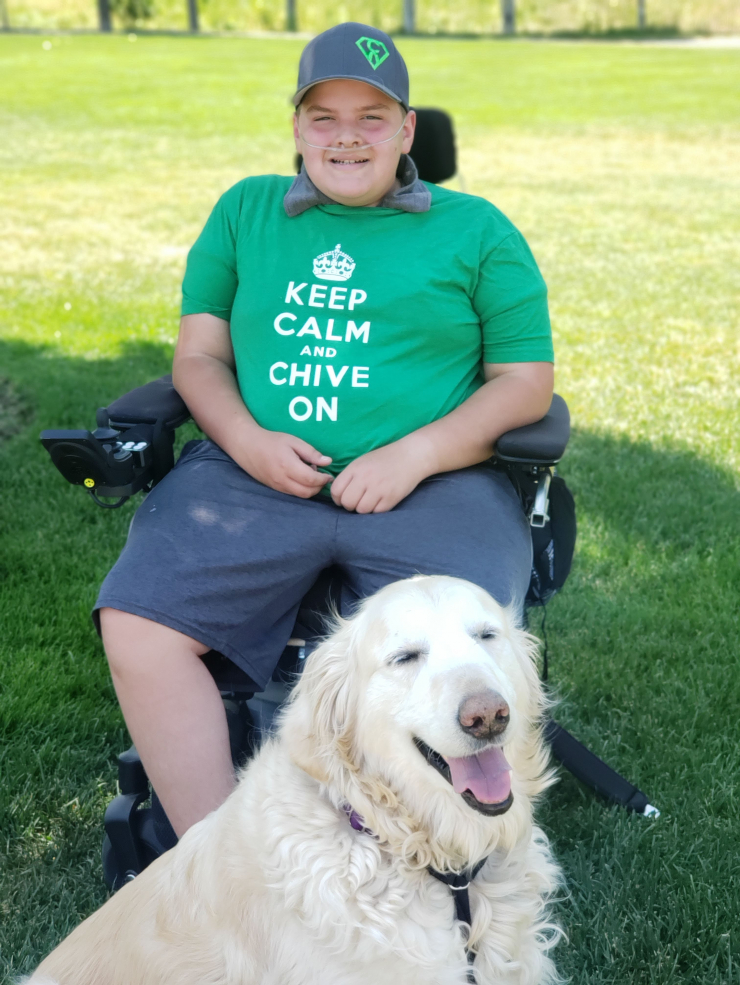 If you’re already part of our donor family, Stryder is one more person whose life was directly impacted by your generosity. And it’s not just his - it’s Angela’s, and his sister’s, and the school nurses who have to call for help, and the neighbors and friends who have stepped in to pick him up and drive him to appointments, and the Chiver named Sandra Cook who first told them about Chive Charities. It’s a wide-reaching impact we could never fully quantify.

By becoming a monthly subscriber, you’re committing to that level of impact. One person that becomes 176 that becomes four and five times that. Join our movement and help change more lives today. DONATE HERE.