Alexa has a rare genetic disease called PIGN, of which there are only three cases worldwide

Alexa has a rare genetic disease called PIGN, of which there are only three cases worldwide

Alexa was in her crib, having a full-blown, total-body seizure. Her parents were in shock because Alexa had never had an episode like this before, but they were also both experiencing the sinking feeling of déjà vu. They had seen these seizures before— only not with Alexa, with their daughter Holly.

Holly was the second daughter for the Linthicums. They already had a beautiful, healthy 2-year-old named Hailey.  When they found out they were pregnant with their second girl, they had no reason to believe this baby would be any different. After a perfect pregnancy, Holly came out screaming. And then the screaming didn’t stop. This was the first of Holly’s symptoms that would leave doctors scratching their heads, but it wouldn’t be the last.

For the next few months, the Linthicums’ life was a hurricane of confusion and failed attempts to help their daughter. She wasn't gaining weight and screamed what her parents described as “no ordinary cry” for hours on end. Next, she developed a recurring twitch in her back. The phrase every doctor used to pacify Ashleigh became her worst nightmare: “It will get better. Just give it time.”

Mother’s intuition was right. Something was very wrong. When the family finally found a neurologist who sided with them they tried in vain to find a diagnosis. Doctors were confounded when Holly tested negative for every test they ran on her. On paper she was the picture of health. But lurking below the surface, something sinister had a hold on Holly. Once she began suffering from infantile spasms, her family noticed a rapid regression. Her personality evaporated, she no longer laughed, showed no interest in anything, and was “an empty shell” of herself.

At 2 years, 4 months, and 24 days, Holly lost her battle with a disease that was never given a name.

Holly was gone, but Ashleigh and Dave had always known they wanted more children. They sought advice from a trusted genetics doctor who assured the couple there was no reason they shouldn’t have a healthy baby. Following a more difficult pregnancy, Ashleigh gave birth to the couple’s third daughter, Alexa. She didn’t take to nursing, and would periodically scream and cry, but the similarities with Holly ended there. Then one day Ashleigh noticed her daughter had a twitch.

When Alexa had her first seizure, there was no room for doubt. The familiar yet unknown darkness had returned. Two days later, Alexa was admitted to the hospital for testing. As the family waited for results, they were able to observe their daughter’s development more objectively. Although her personality continued to be bubbly and sweet, she wasn’t meeting milestones like holding her head up or rolling over. And then, one cold February day, the family got the call they had been waiting for.

Because of exome testing, a process of splitting and cross-examining DNA, doctors could compare Alexa’s cells to the preserved cells from Holly. They were finally able to label the disease that had plagued the Linthicum family. Alexa has PIGN, an exceedingly rare genetic degenerative disease (there are only 2 other cases, both outside the US.) Although this revelation brought long-awaited comfort, its prognosis was grim. Based on doctors' limited experience and knowledge, Alexa isn’t expected to live past the age of 3. But Dave and Ashleigh refuse to put a number on their daughter’s life. They thought, “she’s strong. She’s a fighter.”

Yes, sometimes fate plays a hand. Holly changed forever her sister’s life— if not for her, the family would have lost two daughters without knowing why.

For a family that has been through so much, they ask for very little. Because they kept all of Holly’s equipment, they only asked Chive Charities for a chair with an adjustment, a PlayPak, and a swingset. We were honored to help provide for Alexa something that “makes her feel like a part of the world for as long as she can.” Immediately, Chive Charities came through with the $5,000 grant that would bring a little more joy and ease into Alexa's life. 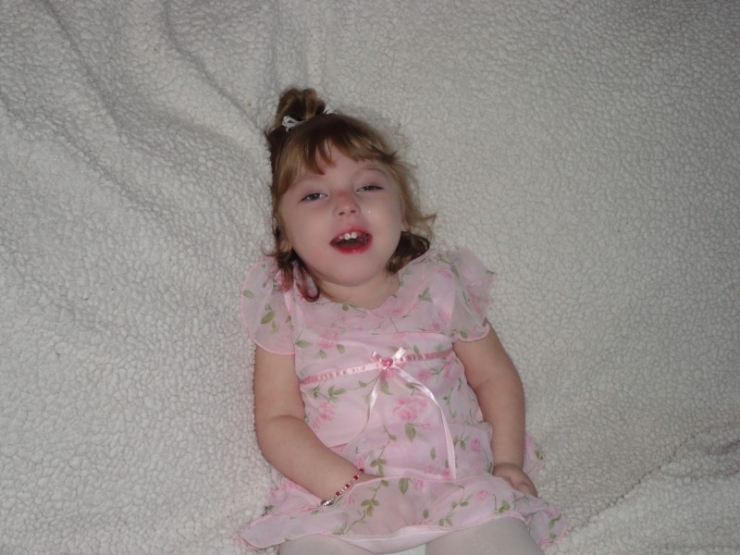 This is Holly, pictured here about a month before she passed away. In the last days of her life, "those smiles got farther and fewer between so we loved and cherished every one of them," said mom Ashleigh. 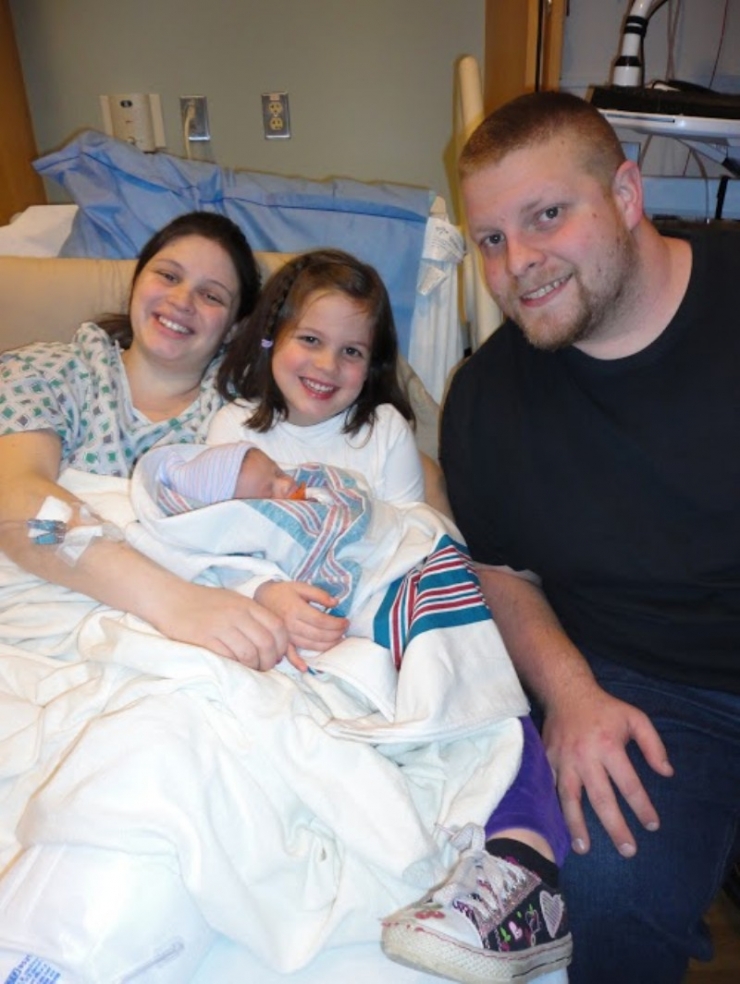 The Linthicum family in the hospital with their new addition Alexa Rose. (From left: mom Ashleigh, sister Hailey, and dad Dave.) 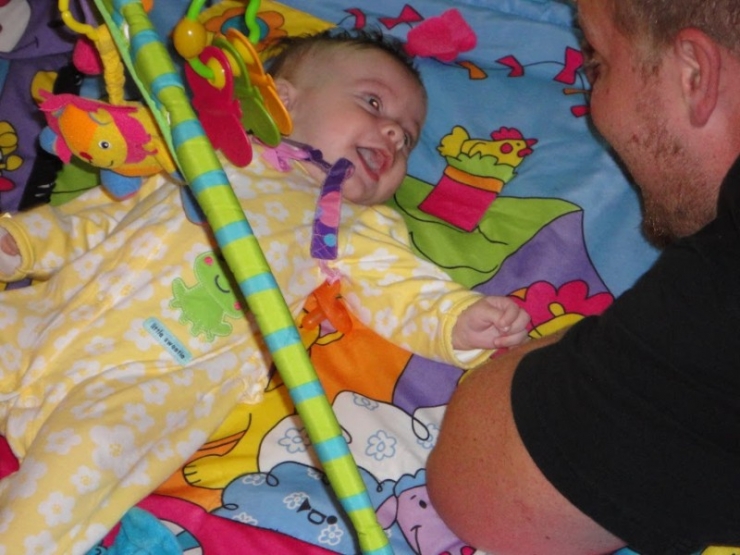 "She's such a Daddy's girl," says Ashleigh. "She lays on the floor, just playing, and will stop to blink softly in his direction. When they lock eyes, she grins from ear to ear." 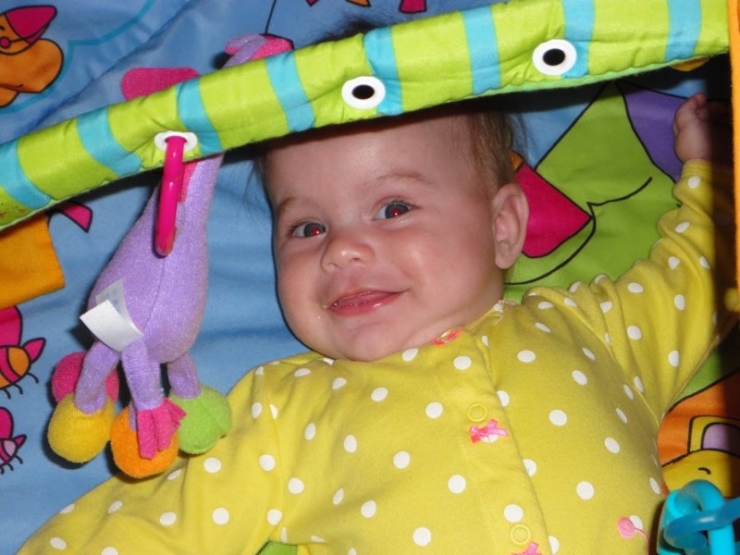 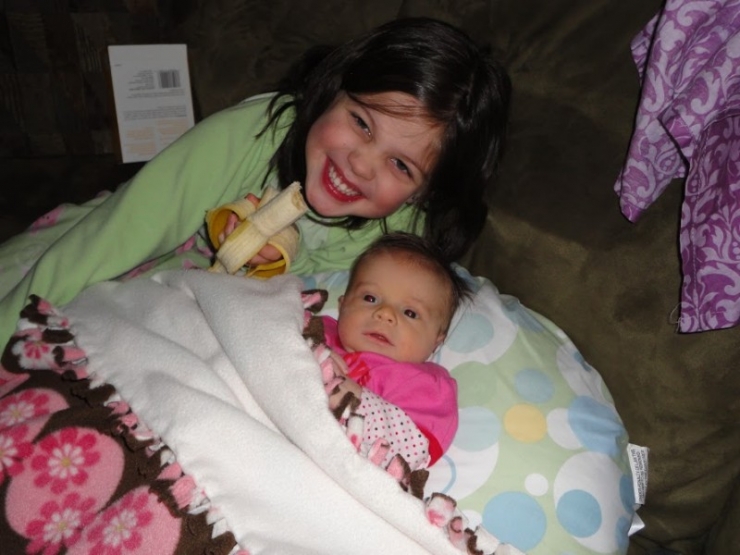 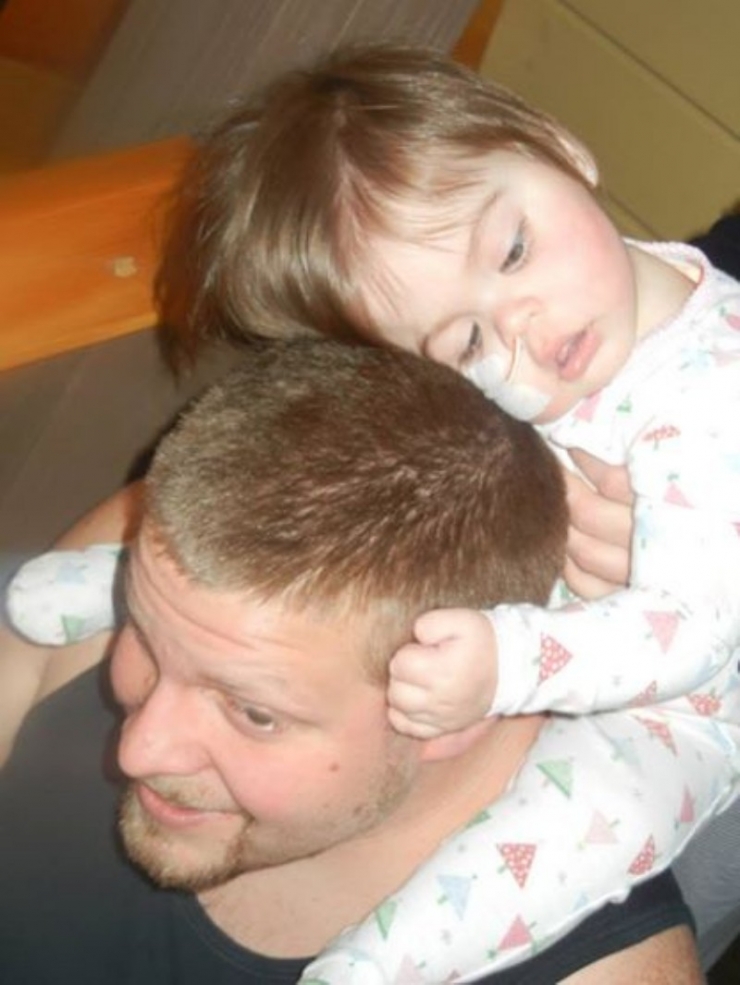 Here's our Daddy's girl with her favorite guy. Ashleigh also wrote to us that she would "love to have an extra seat for her so she can sit eye level with him while she's at home." Chive Nation made it happen. 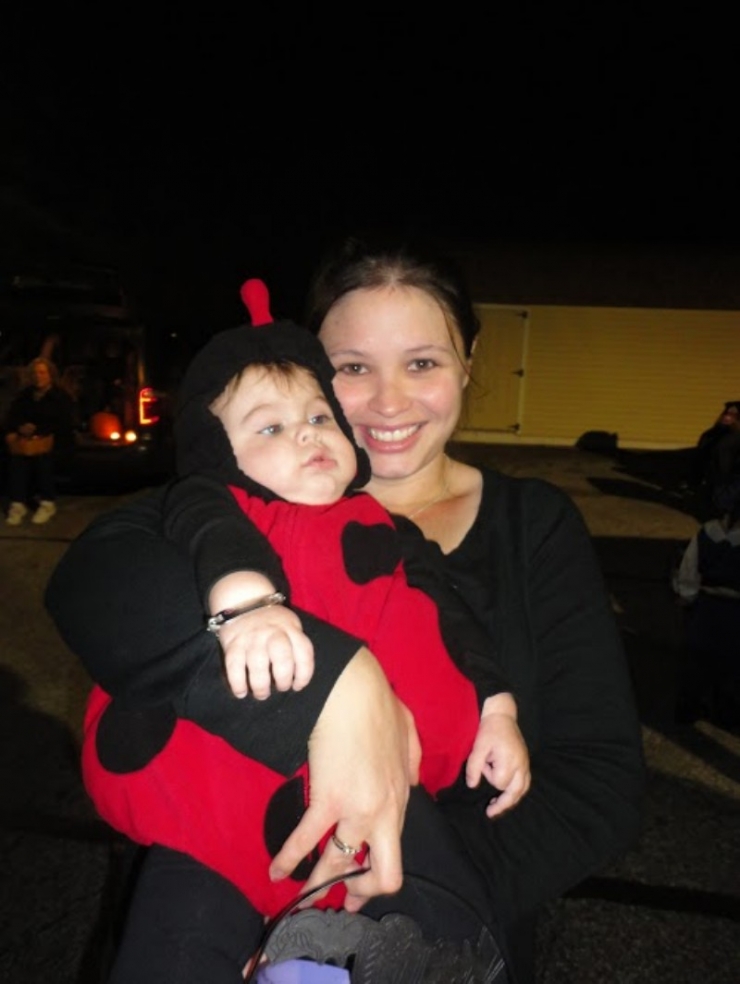 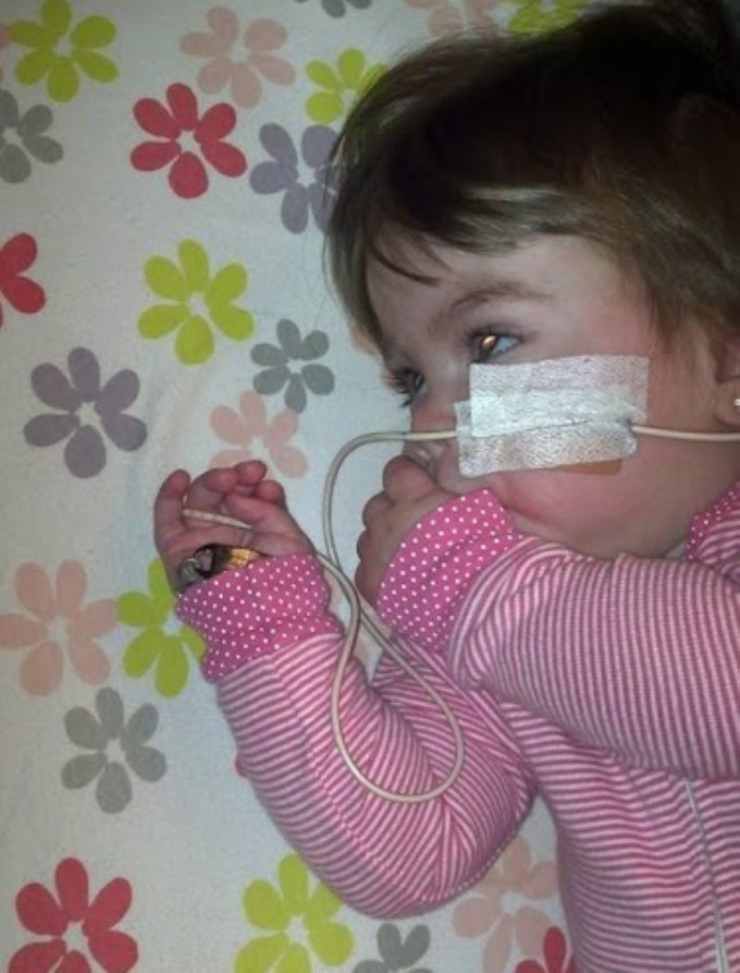 Here's our fighter being brave when she got her G-tube administered. 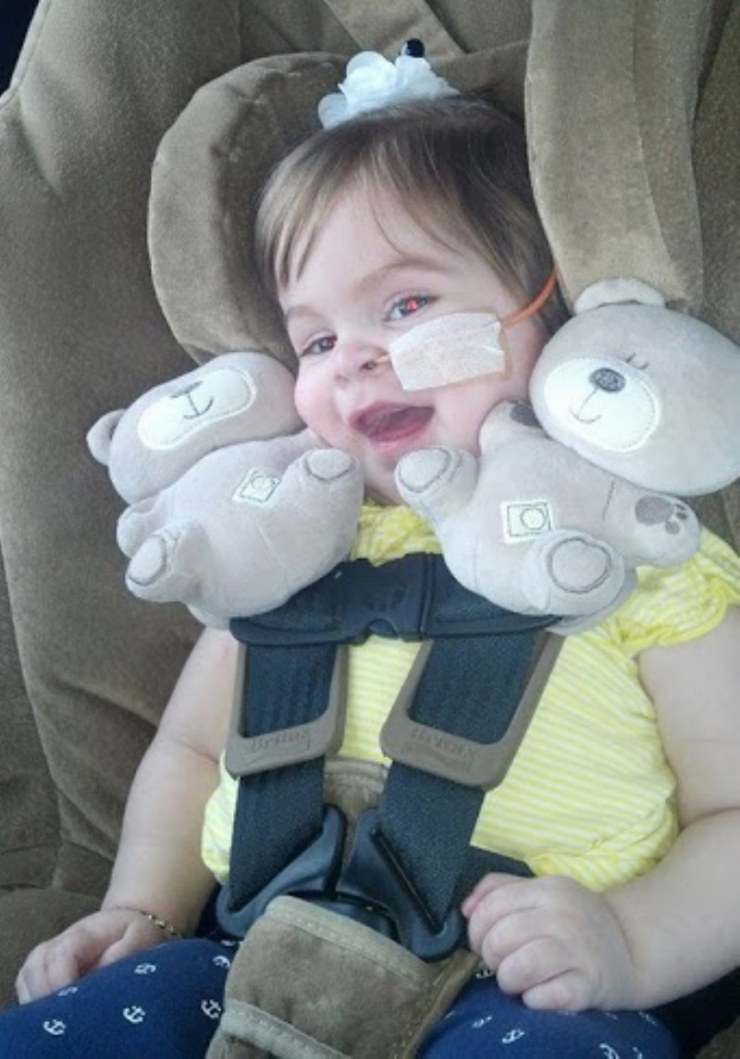 "She loves to throw her head around, she thinks it's funny." Here's the comedian sharing that smile again. 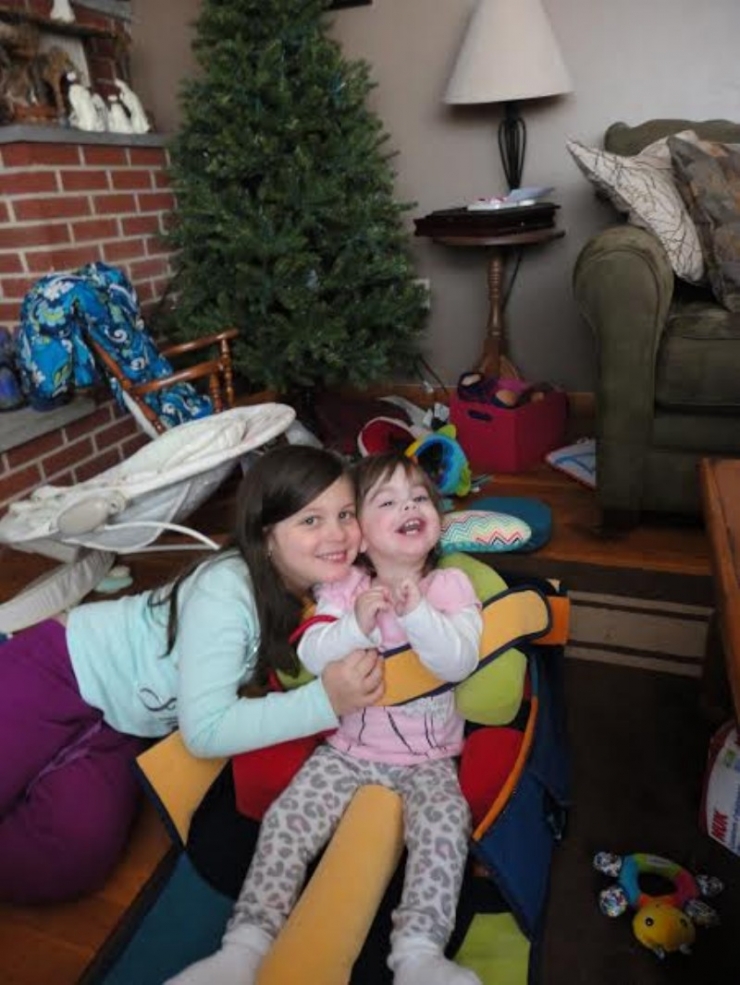 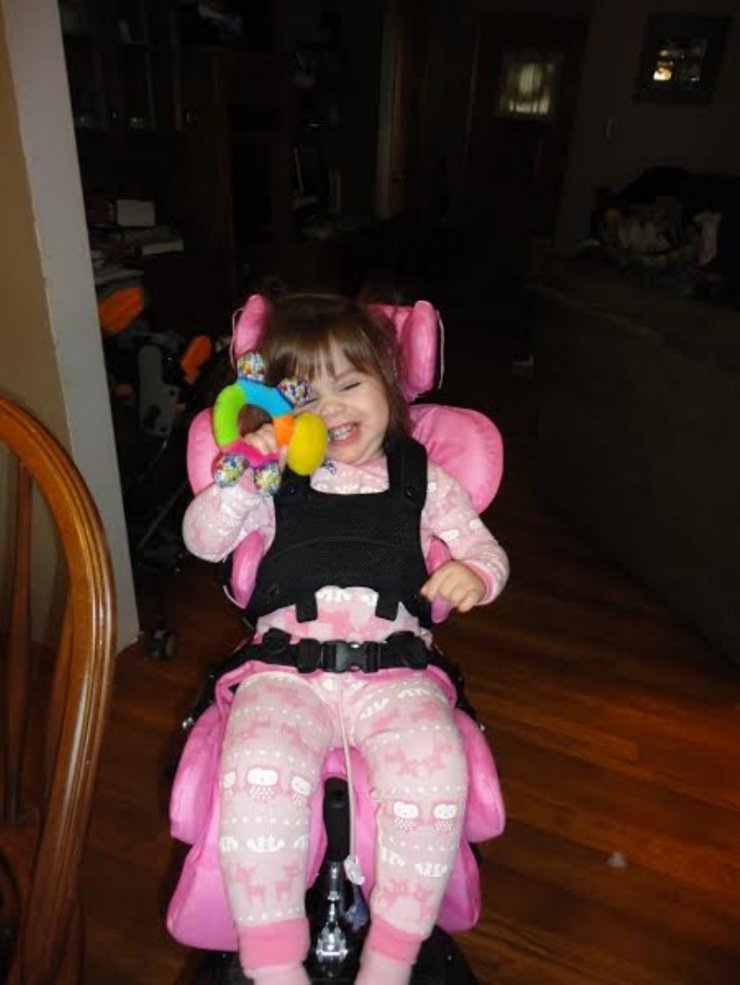 With her new Leckey Squiggles chair that was purchased by Chivers, the physical burden on mom Ashleigh is much lighter. Because of the new design and adjustment, Alexa is protected from choking on her tongue and keeping her body from caving in on itself. The chair will also enable Alexa to see and experience as much as she can, every day.

Whoever said age brings wisdom has never met Alexa. Although she’s only 20 months old, she has a firm grasp on what’s important in life. “She finds joy in the smallest things,” Ashleigh says. “She’s got a smile for anyone who takes the time to stop and say hi.” And as for the family, this gift gave them the ability to finally just focus on her. “It’s been such a struggle to get to where we are. We would love some down time, just to enjoy every minute that we can with our family as a whole.” 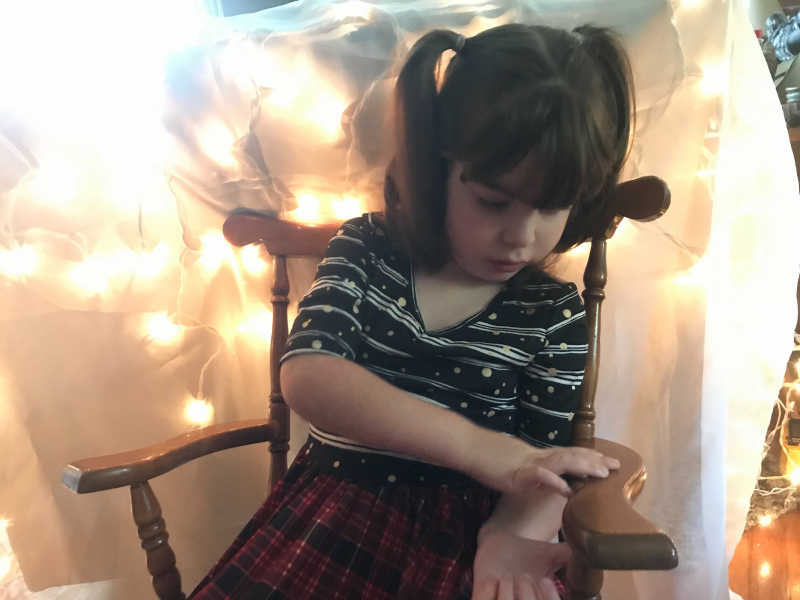 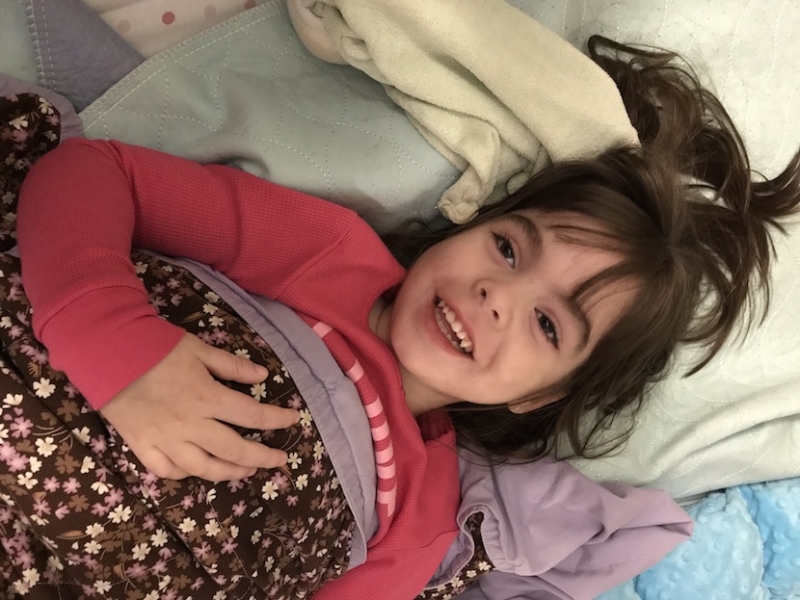 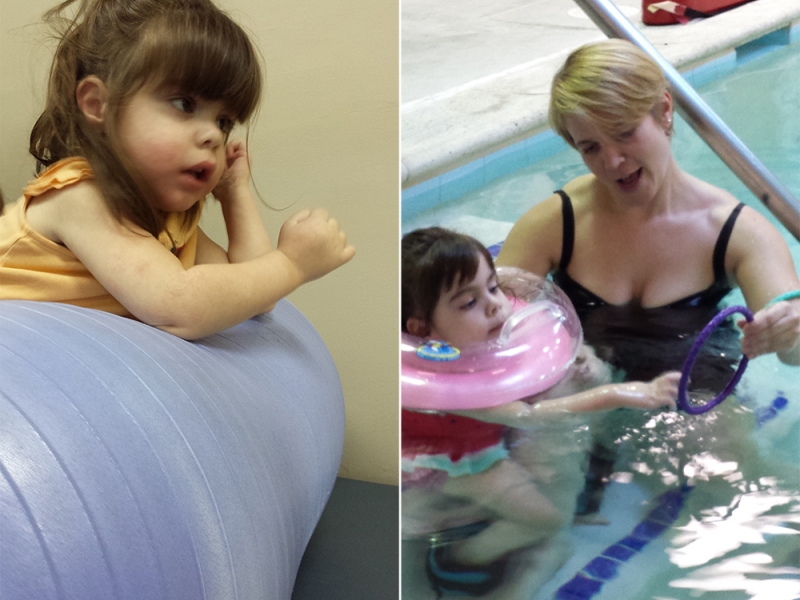