When the saints go marching in

How many toddlers do you know who love to jam out to the sweet tunes of Celtic Thunder? Let us introduce you to one. Faustina is a smiley, charming, and heartbreakingly cute 3-year-old girl from Fort Wayne, Indiana. (We seem to know a lot of good ones from that town). 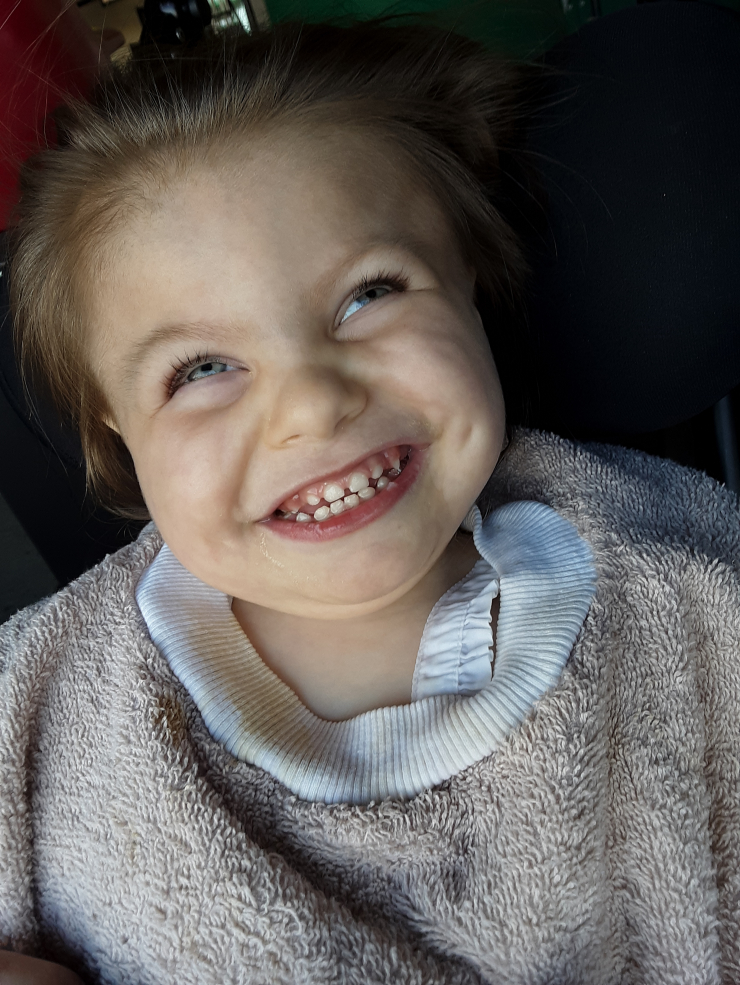 Her parents, Anita and Brian, named her and her two older brothers, Sebastian and Maximus, after Catholic saints. Faustina gets her name from Saint Maria Faustina Kowalksi, and she was even born on St. Faustina’s feast day. It’s a name as unique as her taste in music.

Unfortunately, it’s also about the only thing that has gone according to plan since Faustina was born. Suffice it to say, saints have played a big role in the Rader family’s lives, and they’ve come in many forms.

Like so many of our recipient families, Anita and Brian were completely unaware of any issues with their daughter leading up to her birth, other than some growth delays in the final three weeks of pregnancy. As a precaution, they scheduled a C-section on Anita’s birthday and celebrated by welcoming a beautiful little girl to the family on October 5, 2016. 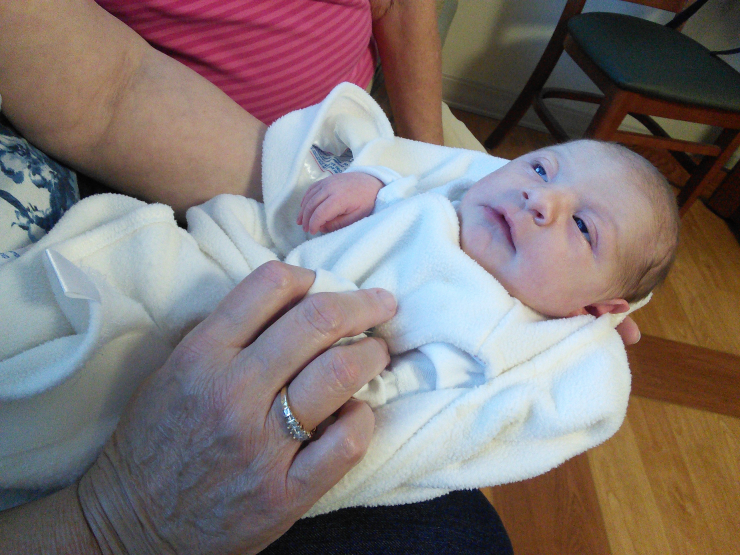 All seemed well until the next day when the attending physician noticed that Faustina’s head was disproportionately small. Tests were ordered and the results were crushing. Faustina was diagnosed with a condition called Lissencephaly, which means “smooth brain.” 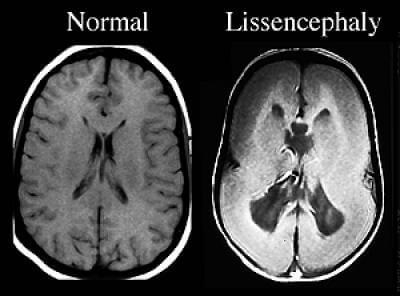 A typical brain has many ridges and folds, but with Lissencephaly, the folds are either minimal or entirely absent. Doctors indicated that Faustina would almost certainly face life-long challenges, a statement that took Anita and Brian’s breath away.

Anita was particularly devastated. With two older boys at home, she had dreamed of completing their family with a long-awaited girl. She envisioned all the moments they would share together and the bond they would form, and now it seemed like that future would never be her reality. 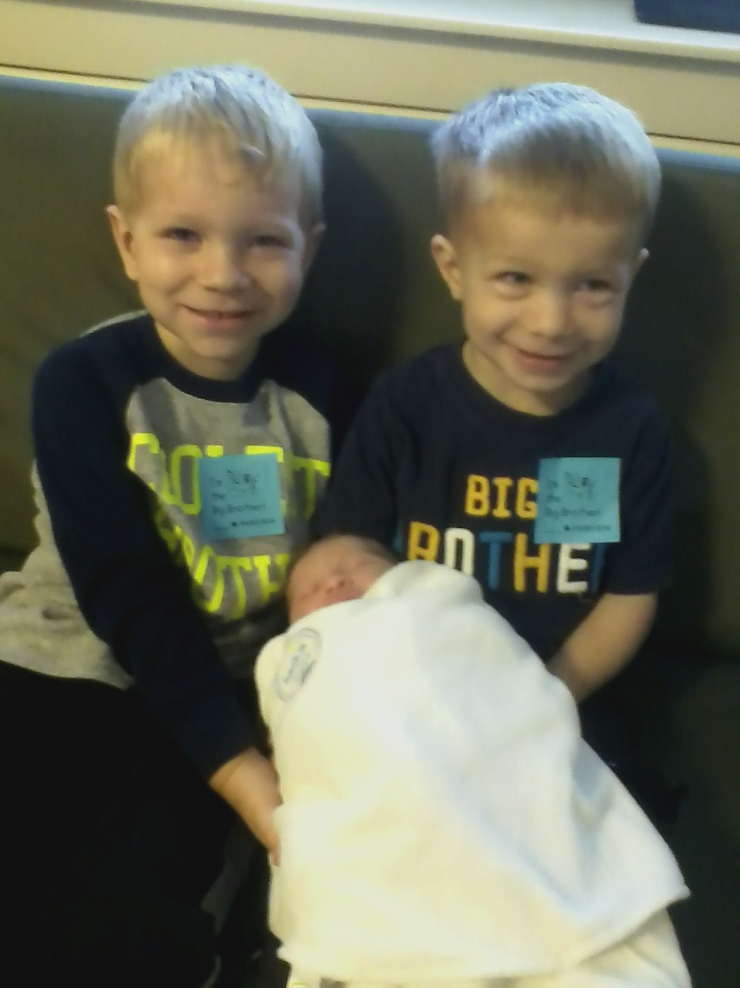 However, as difficult as it is to imagine, the early detection of her condition had a silver lining. “We were blessed that (the doctor) ordered that test,“ said Brian. “It’s hard to say when we would have gotten any answers.”

Their story might have ended there if it wasn’t for some serendipitous networking. Through a mom group, Anita was connected to a genetic counselor who had worked in Chicago for the revered neuro-geneticist, Dr. William Dobyns. He also happened to be a world-renowned expert in Lissencephaly, which was really exciting for Anita and Brian. Only, he didn’t think Faustina actually had Lissencephaly. 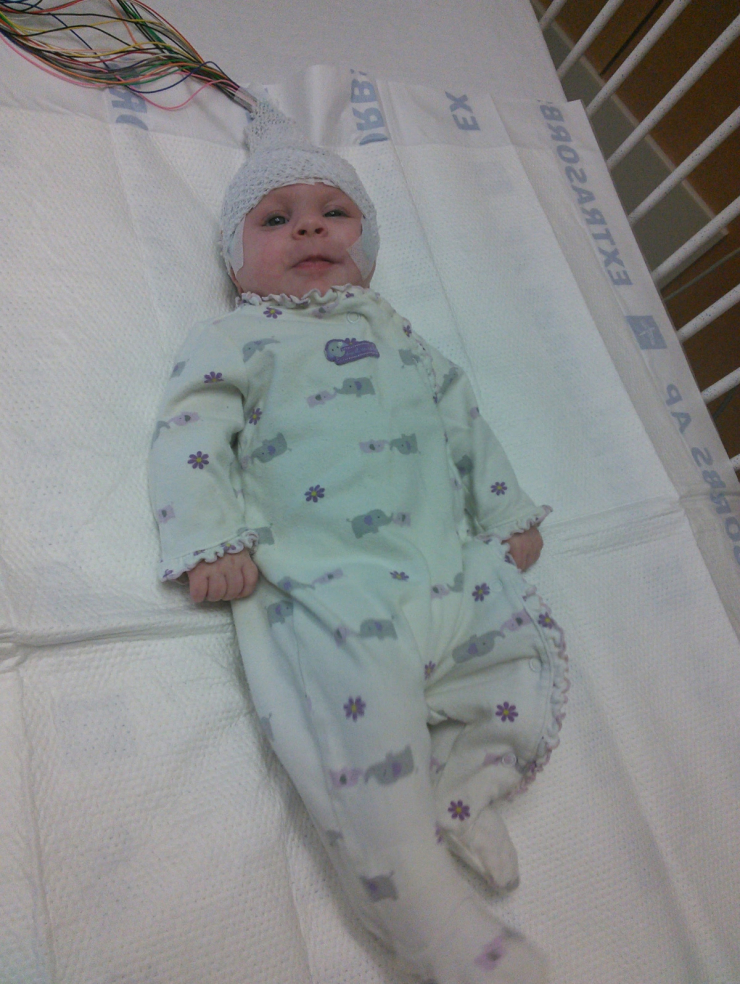 After agreeing to review her MRI, Dr. Dobyns was pretty convinced that Faustina was misdiagnosed. He felt that she had Tubulinopathy and gave the Raders a list of eight tubulin genes that he believed would show a mutation. The genetics test confirmed his theory - Faustina had a mutation in her TUBB5 tubulin gene. Unfortunately, there were very few records of anyone with Tubulinopathy and even fewer with a TUBB5 mutation. It didn’t give them much for a prognosis.

And yet, despite these many challenges, Faustina was giving a master class in perseverance. 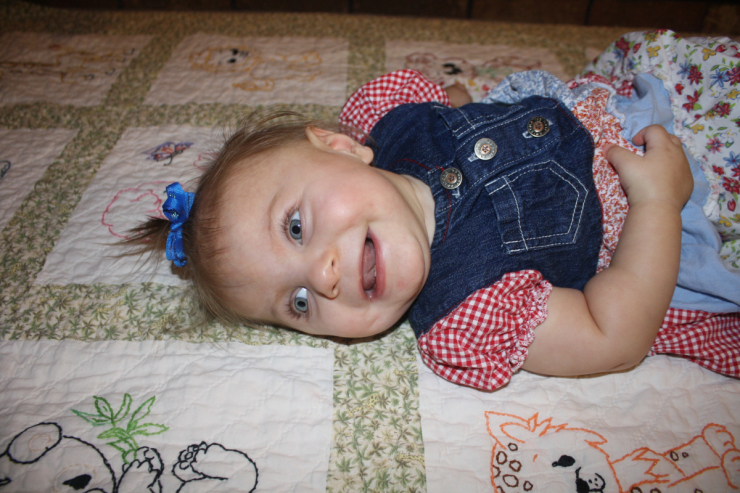 While her eyes look healthy, her brain doesn’t process the signals well (it’s called cortical vision impairment). The doctor classifies her as legally blind, and while she will track lights briefly, they don’t think she sees much.

Also, from about 3 months on, she was vomiting anywhere from 1-5 times every day, which was very unpredictable and exceptionally stressful.

“It’s one of the hardest challenges,” Anita said. “We thought to get a collapsible bowl to take when we go out. That turned out to be a great decision. Her brothers also help hold the bucket while she’s throwing up and we’re driving. Unfortunately, they don’t want to change her diapers, though.” 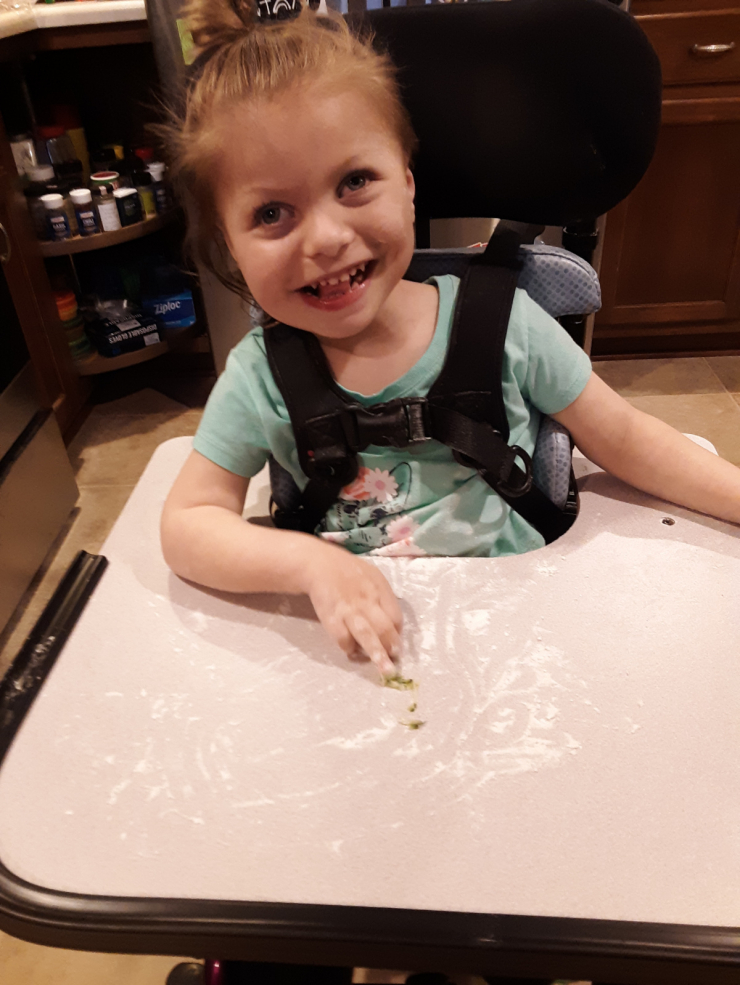 She truly is a saint.

What she lacks in vision, she makes up for in hearing. Faustina is her happiest when she’s being talked to, listening to music, or singing. Music therapy is her favorite, by far. If she’s crying and having a hard time calming down, Brian and Anita play a little Celtic Thunder and it soothes her almost instantly.

She also loves being outside, feeling the breeze on her face and soaking up the brightness of the sun. “Once, we were coming out of an event and were hit with cold and drizzling rain,” Brian told us. “We had a blanket over her head, but she kept pushing herself back until her face was uncovered and she could feel the rain on her cheeks. She just had this huge smile.” 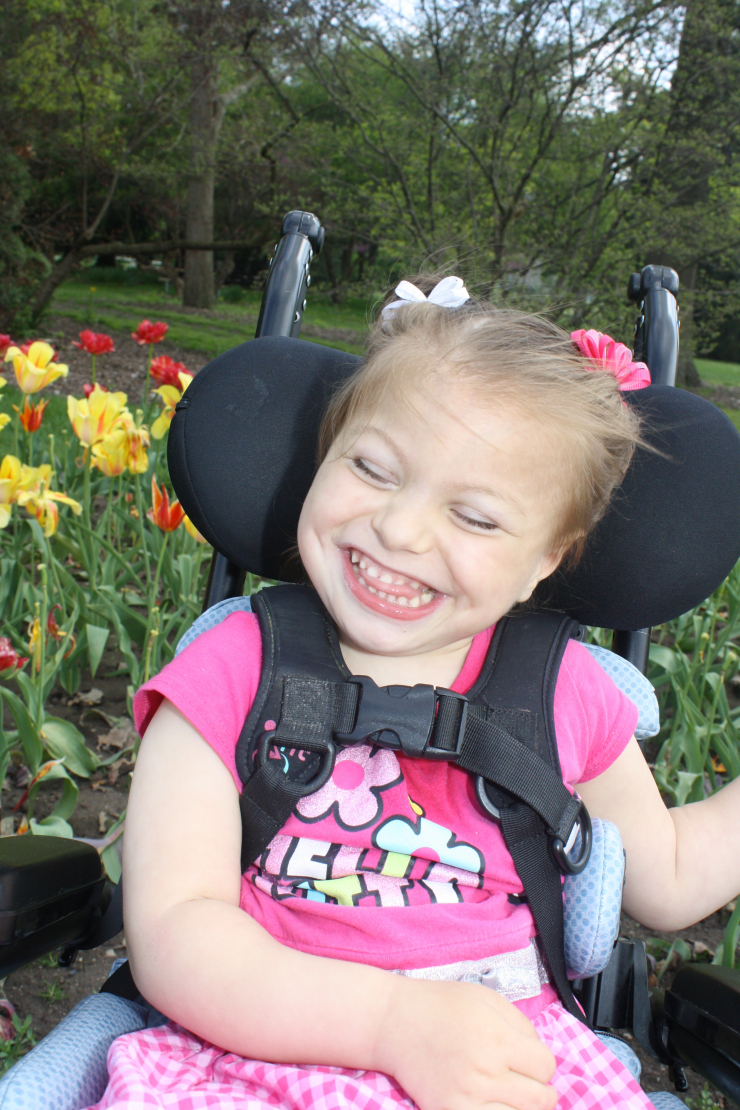 All in all, it’s been nearly four years of peaks and valleys. The Raders have been discouraged, sad, fearful and uncertain. They’ve asked, “Why Faustina? What’s the purpose of all this?” It’s raw and it’s real.

Yet, when they think of the impact her life has on their family, on her older brothers, the answer to “why” isn’t quite as important. 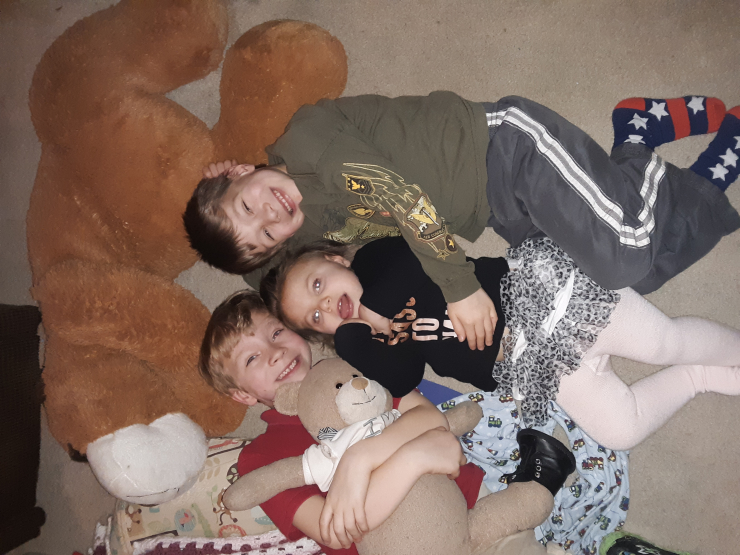 Faustina is a gift. And she deserves one, too.

You won’t be surprised to hear that Anita and Brian are better at giving than receiving. They like to pay their own way and not ask for more than they need. So, when Faustina received her wheelchair in 2019, they waited to get a wheelchair-accessible van for as long as possible, knowing the expense they would incur. For a while, that worked out okay.

Then, the first winter hit. Getting Faustina in and out of the wheelchair (and in and out of the van) is hard enough without adding in the cold, rain, and snow. Brian summarized it fairly well, we think: “It was dreadful.” 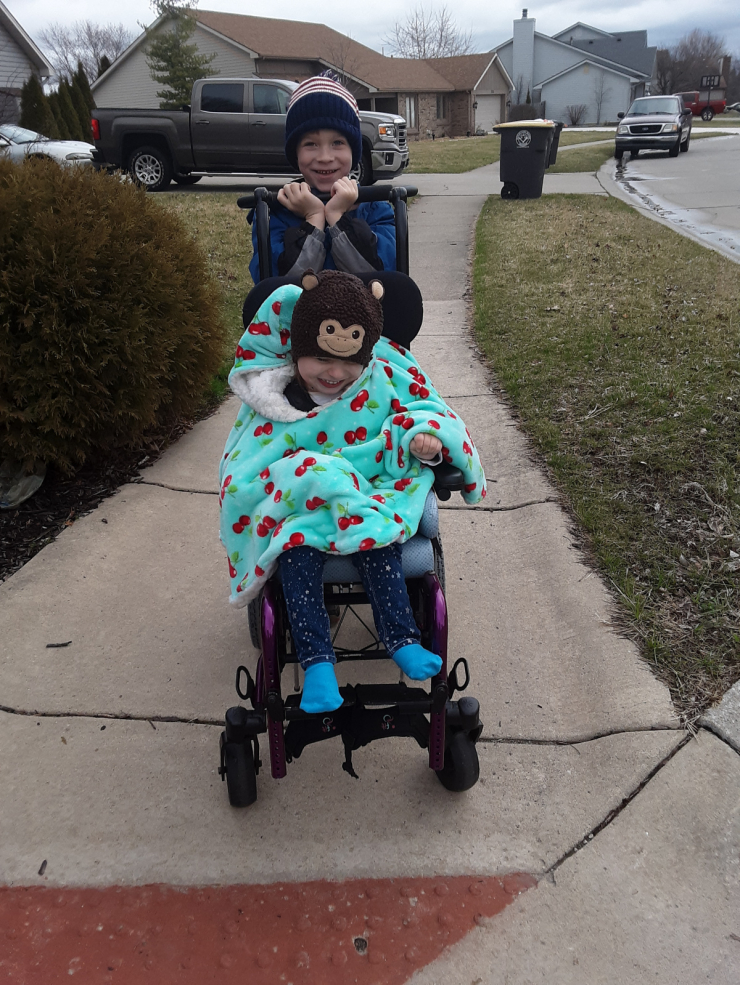 Knowing their house also needed some expensive repairs - it’s two stories with no bedrooms or shower on the main floor - they did what anyone else would do in a similar situation. They asked for help.

"We thought we would be able to afford the conversion if we saved and cut back for a couple of years -- and then we went into the dealership and learned how expensive the actual wheelchair conversion costs. It became unrealistic very quickly," said Brian.

That’s when our saints came marching in.

Through the generous contributions of countless donors from this community, Faustina and her family received a grant for a van conversion from Superior Van Mobility for a total impact of $19,900.

“When we heard that we were being awarded this grant, we were in shock. We weren’t getting our hopes up,” said Brian and Anita. “Getting it felt like a huge weight was lifted off our shoulders. Now, we can get the van that we need to live our life while keeping Faustina right with us. We are so grateful to everyone whose donations have made this possible. Thank you to Chive Charities for being the engine that brings awareness and inspires generosity.” 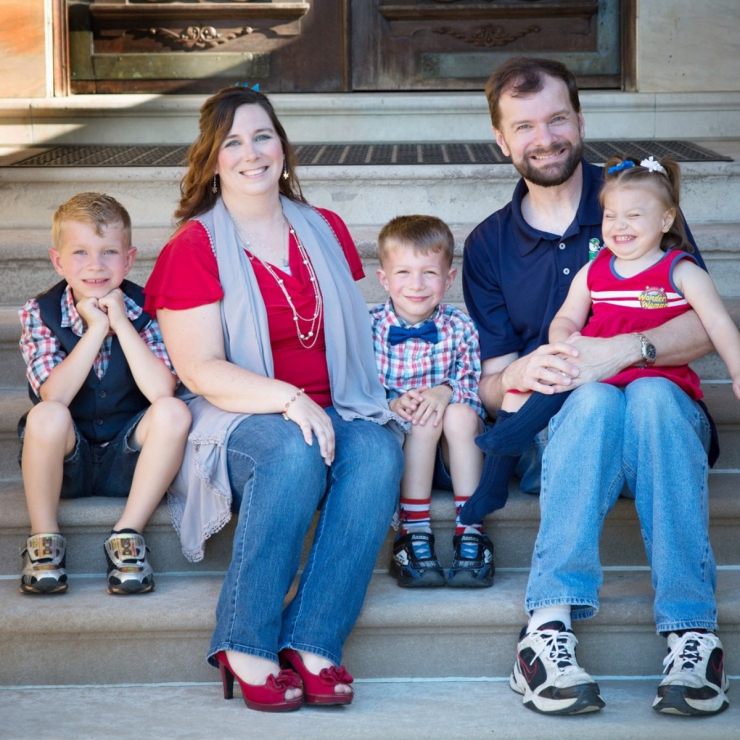 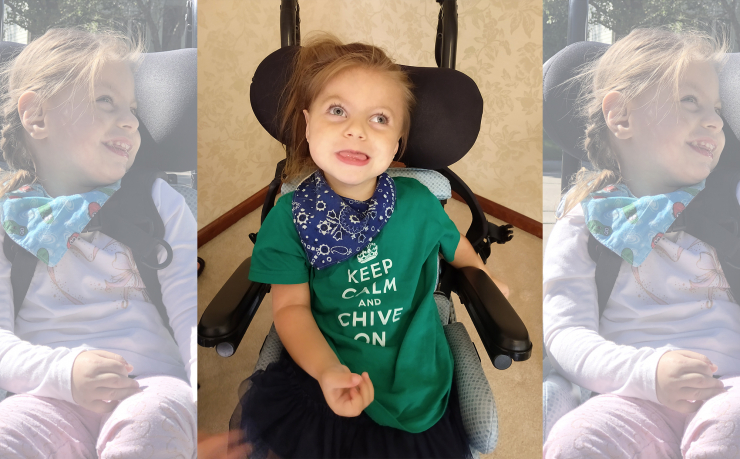 If we’re the engine, then our donors are the fuel that drives us. Come join Chive Charities on the ride of a lifetime. DONATE HERE and be part of our mission to make the world 10% happier.