An accessible can with ramp and foldable seats 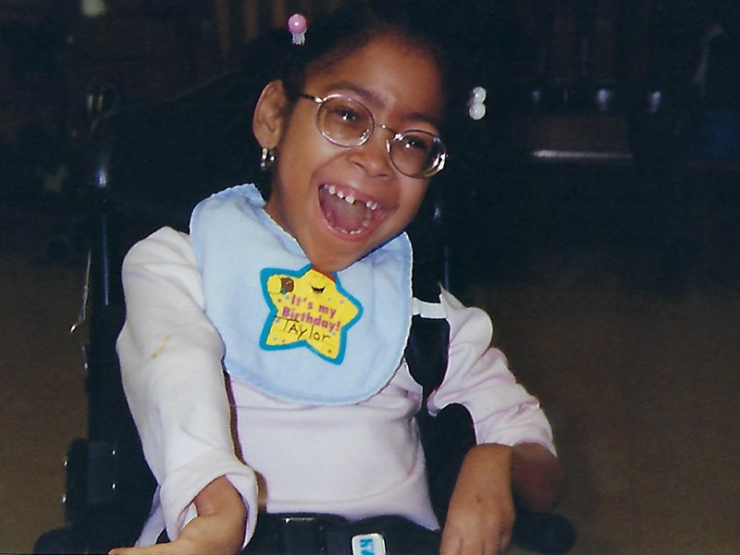 A sidelong glance, a curl of the lip, a wink…

When you hold all the power, there’s no need for verbal communication. Subtleties are more than enough when you’re the ruler of…

Friends, meet Taylor. This 22 year-old calls the shots in her family (who coined the tongue-in-cheek term dic-Taylor-ship to describe their family dynamic). She knows what she wants, what she likes, and how to communicate it. And she does this all without words, as she’s non-verbal.

Taylor was born with multiple rare medical conditions that have resulted in her becoming quadriplegic, non-verbal, and using a wheelchair. For the first couple months of life, Taylor was perfectly healthy and meeting all her milestones. But then, that all changed; Taylor’s progress began slowing down and she was falling behind.Her parents, Derek and Carmaine, weren’t new to the newborn game, and remembered Taylor’s older brother had improved his motor skills by the same age. They were worried. 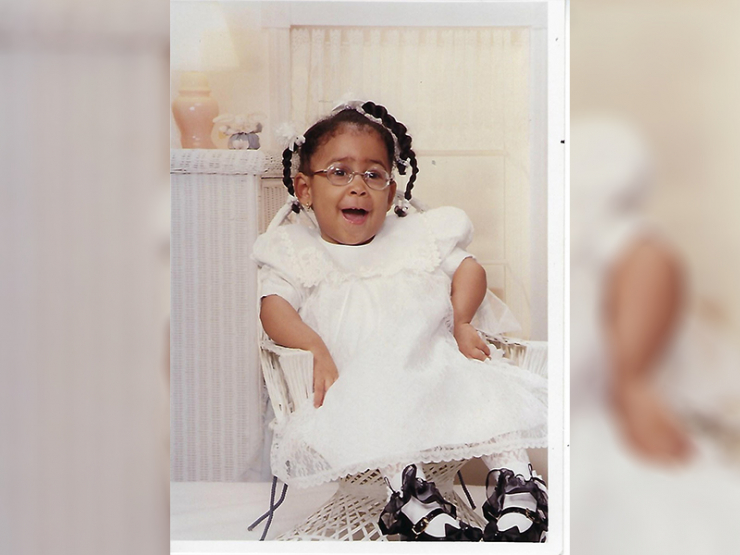 And they had every right to be. When Taylor was 6 months-old, she fell sick and took a trip to a doctor’s office. While examining her, the pediatrician recommended they do some testing. Almost a month later, the results were in, and Derek and Carmaine’s world changed forever: Taylor was diagnosed with Microcephaly and Hypotonia as well as Cerebral Palsy and Joint contracture.

Taylor began having seizures which were becoming increasingly severe, and eventually led to another diagnosis: Neuroaxonal Dystrophy. This rare condition affects the nerve cells and leads to motor delays and weakness. It explained what was going on with Taylor, but the diagnosis offered little more than an explanation. There is no cure.

They were told Taylor’s life expectancy was around 4-6 years. Their baby, who had already been through so much, wouldn’t ever make it to first grade. She’d never travel and see the world. She’d never see her big brother graduate college. These realizations hit Taylor’s parents like a punch to the gut, and the tears seemed to flow endlessly. 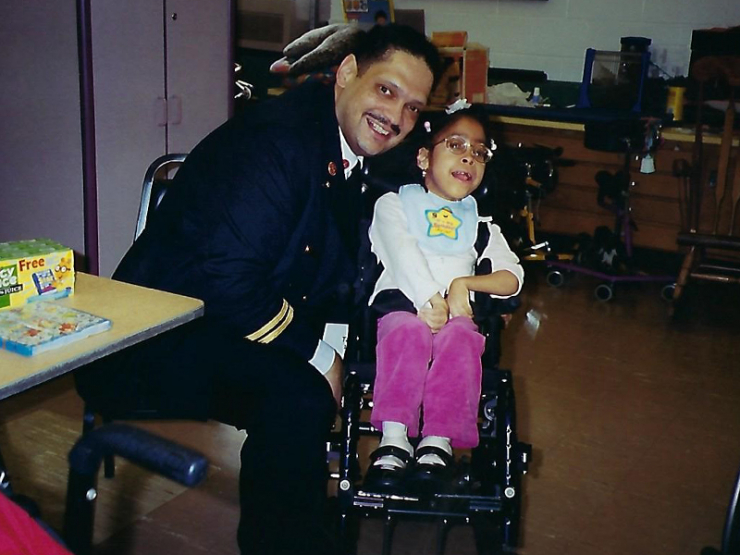 They vowed to make Taylor’s years, however numerous, count, and vowed to fill Taylor’s life with love and happiness. And the years just kept on coming. While some of her time was filled with surgeries and procedures to manage symptoms of the neuroaxonal dystrophy, most of her time has been spent at school, or on trips, or even watching her brother graduate from college; all the things her parents thought she might never get to do. 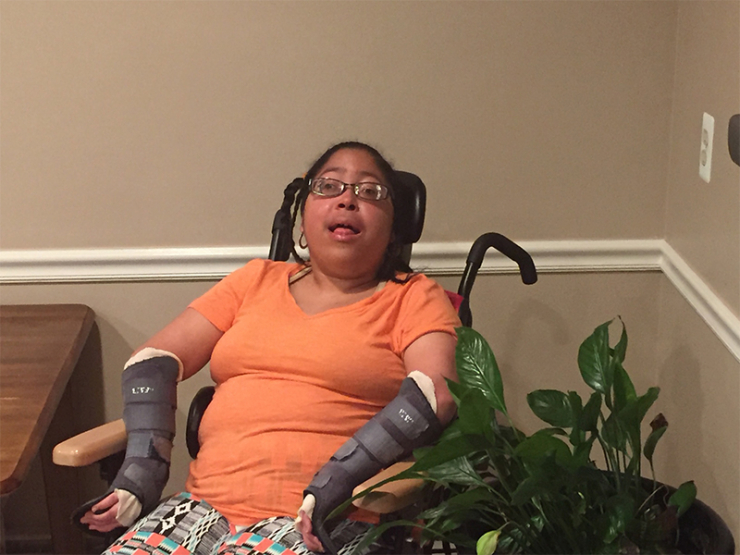 When you live your life with the knowledge that it could be shortened, you tend to work extra hard to get the most out of it. And that’s exactly what Taylor has done! While her parents joke about her commanding presence, they are sincere about the fact that Taylor lights up whatever room she’s in with smiles and love. Though her parents have never heard the words “I love you mom and dad”,  it’s clear that the love they share transcends words anyway. 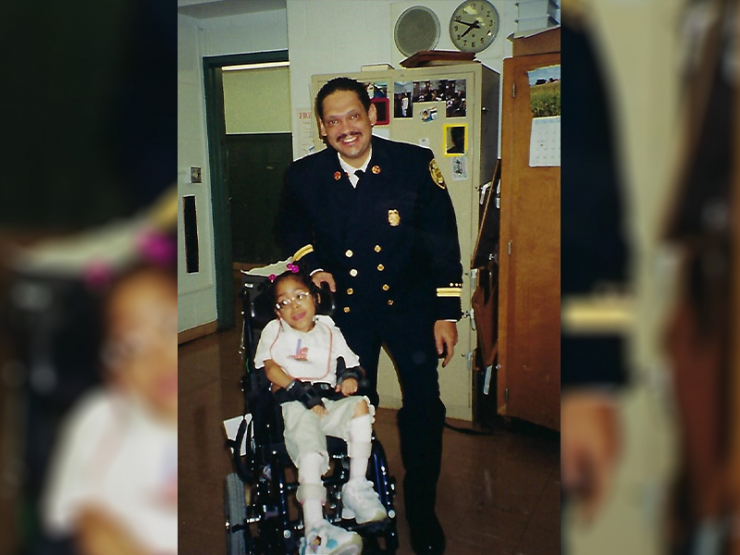 While her parents are both retired now, they’ve spent much of their lives balancing their careers with being awesome parents. Derek worked for the Detroit fire department for 28 years, and Carmaine was a social worker at a non-profit for 25 years. It’s clear that Taylor got a little of her sparkle from her parents, who, for decades, dedicated their lives to helping others, and creating a life for their daughter where she could thrive. 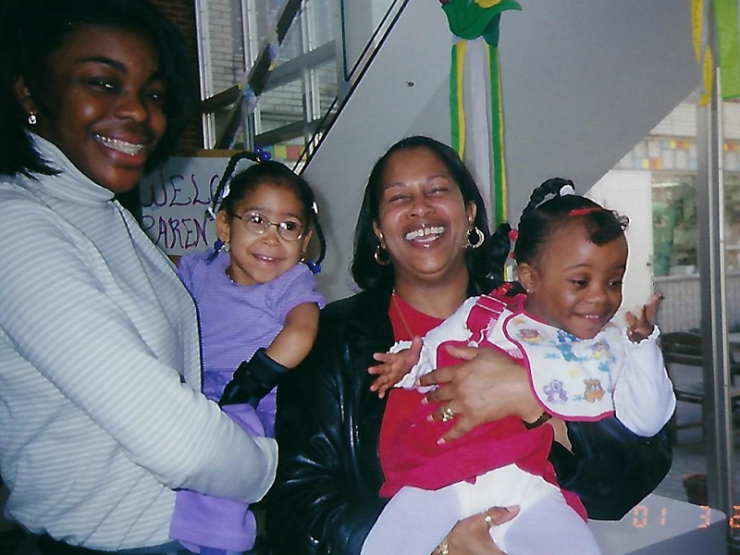 We think it’s time for someone to share a little sparkle with them. Chive Charities is getting Taylor and her incredible family a $46,600 wheelchair-accessible van from AMS Vans that is outfitted to fit all her family’s needs! 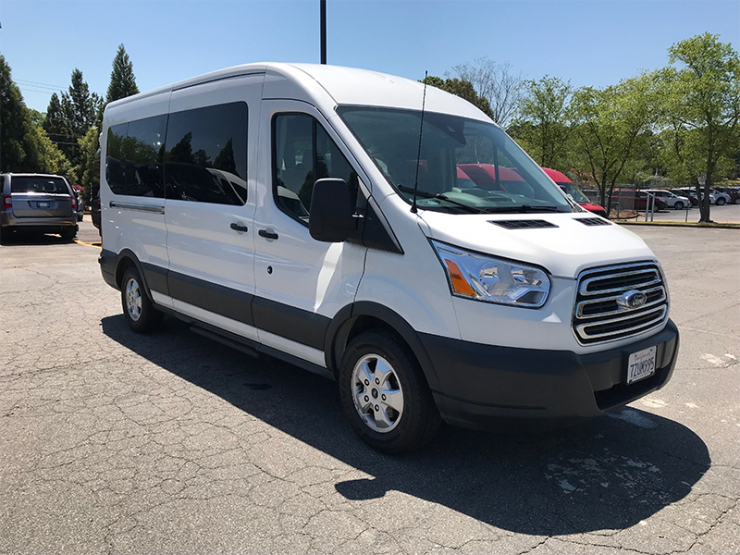 This van will transform so many experiences from dreams to realities for this family. For the past decade since Taylor has started growing into an adult, traveling, even around town, has been incredibly difficult for this family. Taylor’s needs require stops for soft foods and changes every few hours, so they have to plan their trips around getting back home multiple times a day to care for Taylor. With this van, none of that is a worry anymore!

Taylor’s new van is outfitted with some amazing features: a ramp for her wheelchair which will make getting in and out so much easier than before,and a row of bench seats in the back that will make changing and feeding Taylor easier for her parents, while also affording the family the privacy they deserve! 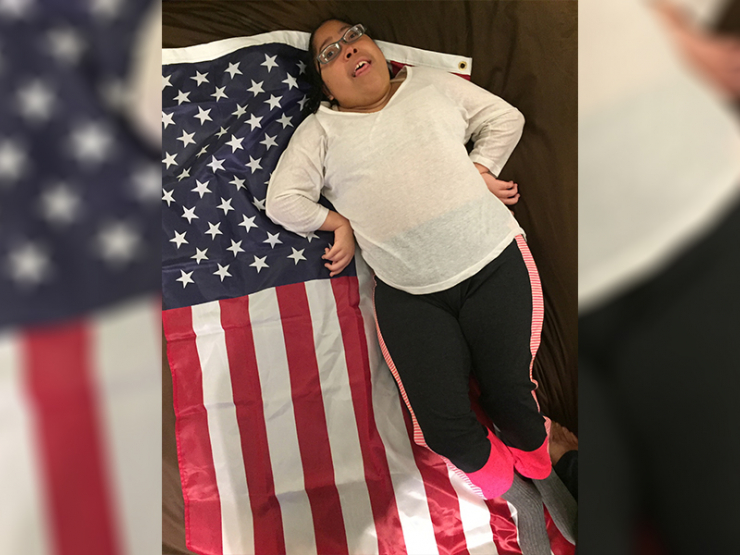 At Chive Charities, we believe that our recipients should have the tools and support they need to call their own shots. Medical differences do not take away a person’s right to live the kind of life they want to live. That’s why grants like these are so hugely important in the lives of our recipients; it’s not just a new car, it’s the assertion that, Taylor, you matter to us at Chive Charities and to the world, and you deserve to live the life that you want. 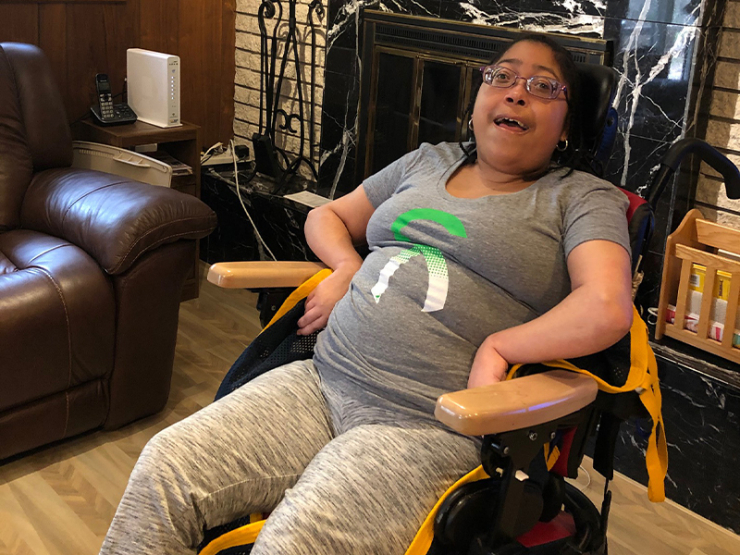 Lots of us haven’t gotten to do everything we want to do in life, especially at the moment, but there is something we can do right now that might check a few boxes: we can become Ten Percenters. If helping others and watching them shine is something that fulfills you, this is a really simple and flexible way to do it. Donating to Chive Charities is not just throwing your money at a giant corporation and hoping it filters down to someone in need. Your donation goes directly to someone in need, towards an item that will change their life. You have the power in your hands to put some power in theirs. Become a donor HERE!