What’s a life worth? Write the check.

Tiffany could not believe what she was hearing. She stared incredulously at the phone in her hand, a lump forming at the back of her throat and tears stinging her eyes as the geneticist on the other end of the line struggled to find the right words. Eventually, he paused and delivered a diagnosis Tiffany suspected was coming but never could have prepared for. 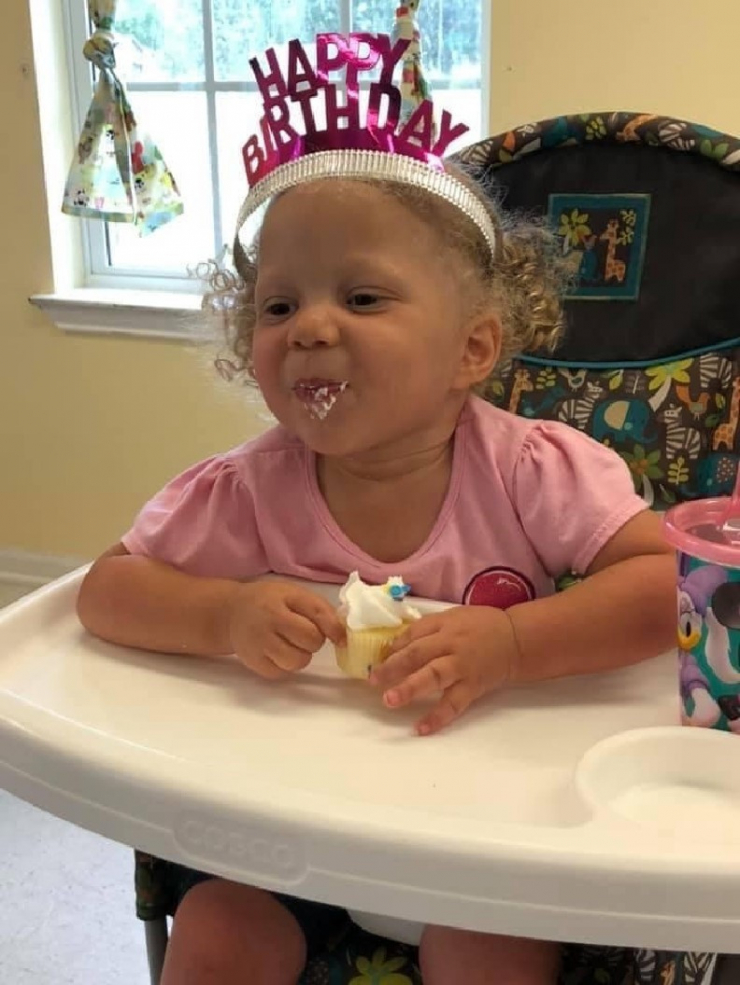 For months, she had questioned doctors about her six-month-old daughter and gotten the same response: she’s fine, this is normal, you’re overreacting. 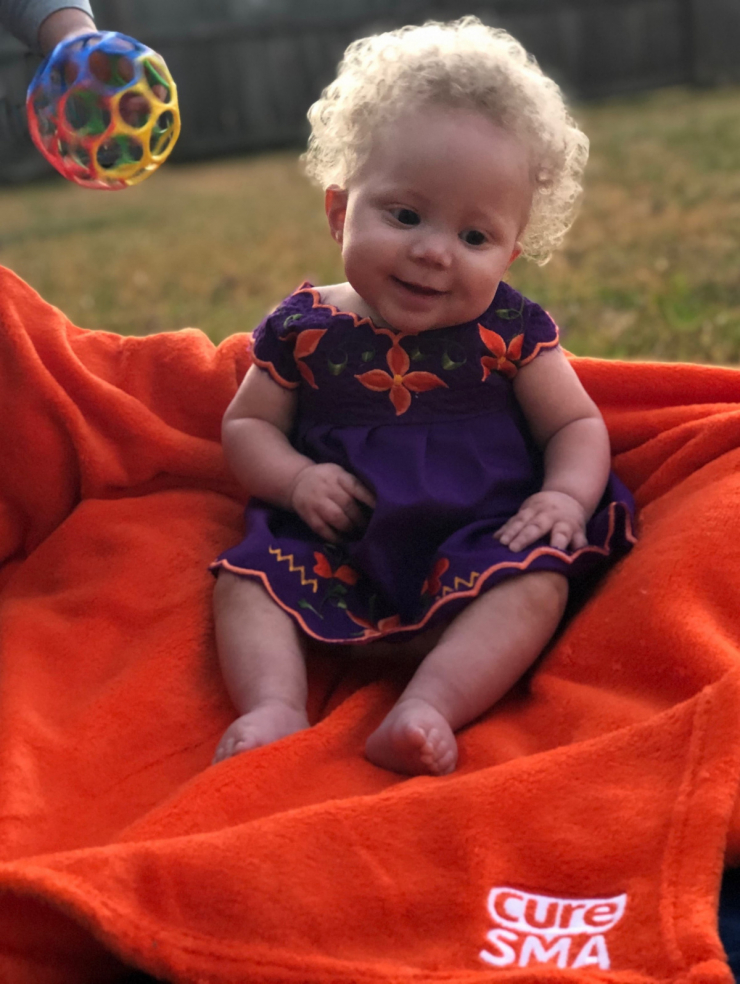 That wasn’t good enough for Tiffany, so she asked for more testing and to review the results of Eliana’s newborn screening to see if something had been overlooked. There was just one problem: no one could find the test results.

Tiffany wasted little time, identifying a new pediatrician who immediately recognized that Eliana lacked deep tendon reflexes, a common sign of Spinal Muscular Atrophy (SMA). Tiffany then tracked down a renowned neurologist who offered an available appointment four months later. Determined to find answers - much faster - Tiffany waited with her mom outside the neurology offices for hours one day, just hoping someone would cancel and Eliana could take their spot. 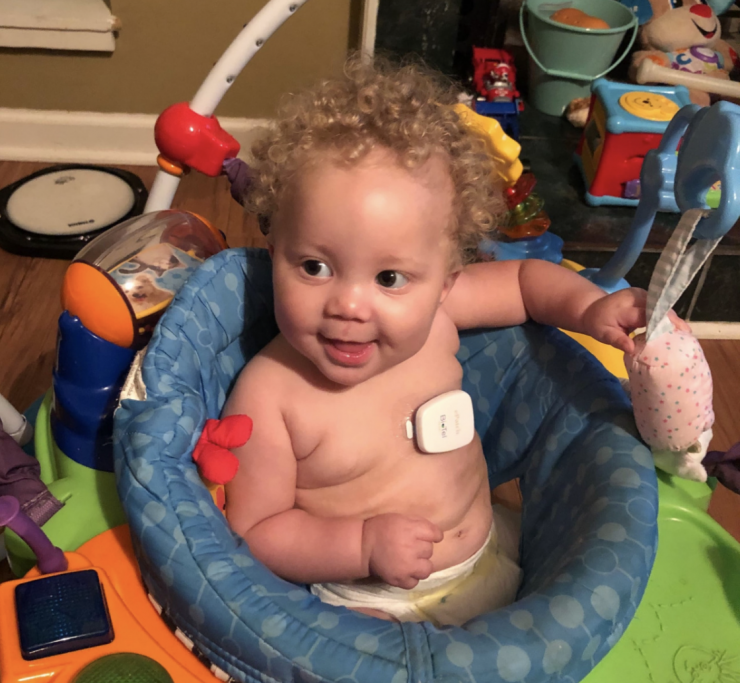 All of this - the first pediatrician visit, the second appointment with a new doctor, the referral to neurology, the genetic testing, and then the eventual results - all happened within a three-week period in October 2019.

“October is an emotional month for our family,” Tiffany told us. 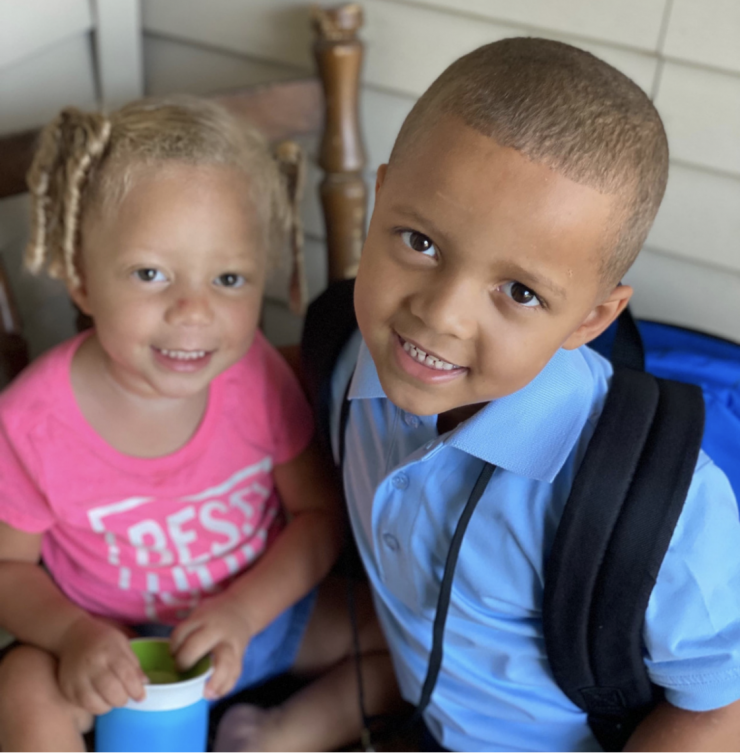 That’s what led to her call that day, listening to the geneticist explain what they had discovered in Eliana’s genes. He determined that she had SMA, a rare medical condition that progressively destroys nerve cells in the brain stem and spinal cord that control muscle activity like speaking, walking, breathing, and swallowing.

Eventually, it leads to muscle weakness and atrophy, and Tiffany was told that Eliana had one of the most severe forms of the disease, Type I.

Not long after, Tiffany read a medical information sheet about SMA and noticed a footnote at the bottom of the pamphlet that read, “SMA, Type I: death before age 2.” 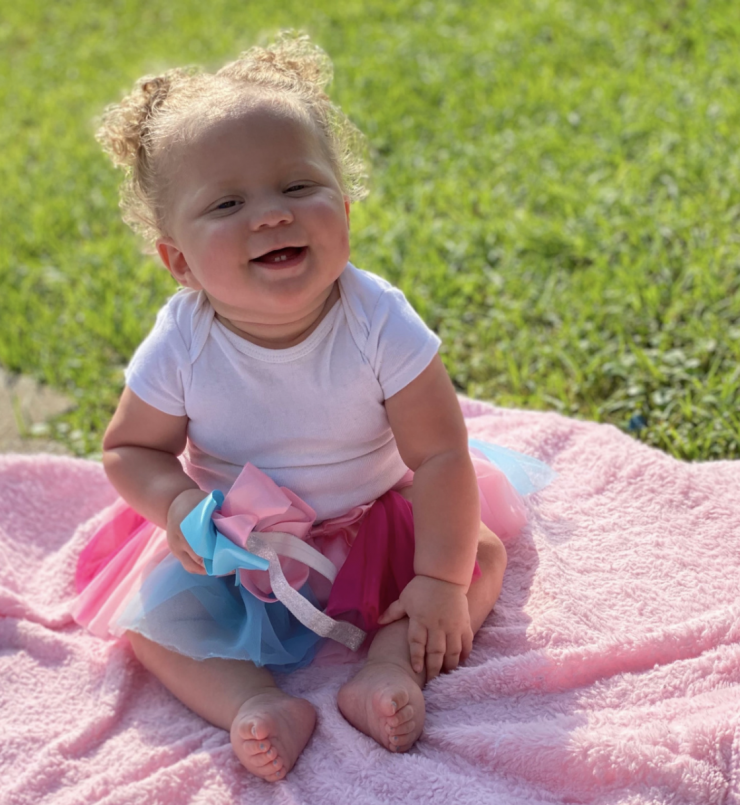 “It felt like the bottom fell out,” she shared. “I went home and told the rest of our family about Eliana’s diagnosis. And I looked them all in the eyes and said, ‘Today we cry, tomorrow we kick ass.’”

They let themselves have one night to really sink into the mud, to feel the weight of what they were facing, to feel bad for themselves that this was happening to them - and to Eliana.

When the next morning came, the tears had dried on their cheeks and their eyes were bright.

Time to kick some ass. 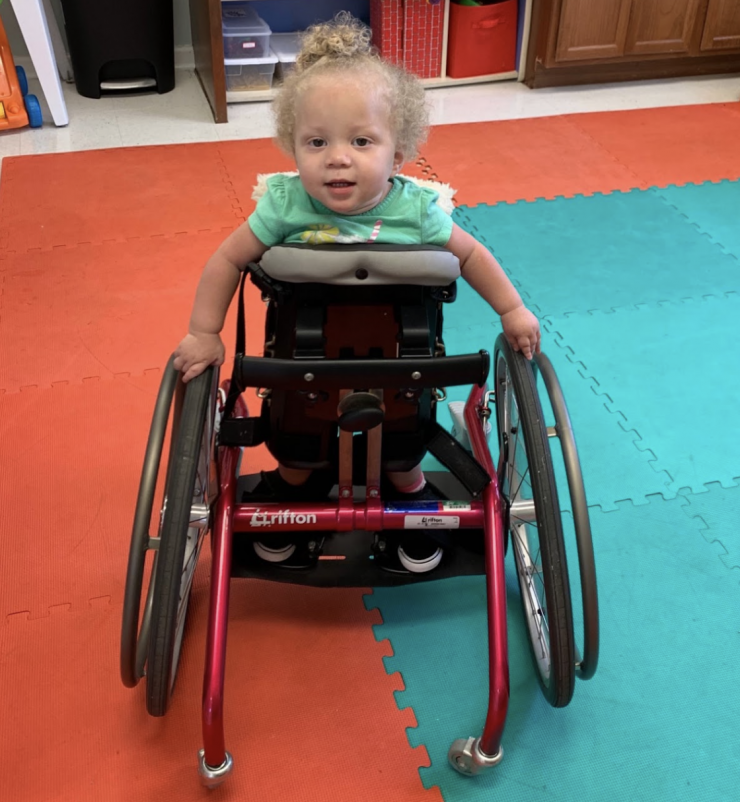 Many of the next few weeks flew by in a blur of activity. Thanks to Tiffany’s demonstrated ability to get things done (“Some people call it advocating, I call it harassment,” she joked), Eliana was soon seen by Dr. Hollman, a leading pediatric neurologist in Baton Rouge.

Her first course of action was to try a revolutionary pharmaceutical drug called Zolgensma. Seemed easy enough, but there were a few obvious challenges. For one thing, Zolgensma was considered gene therapy and no other baby had gotten it yet in the entire state.

The second was the fact that one course of medication costs a staggering $2.1M. 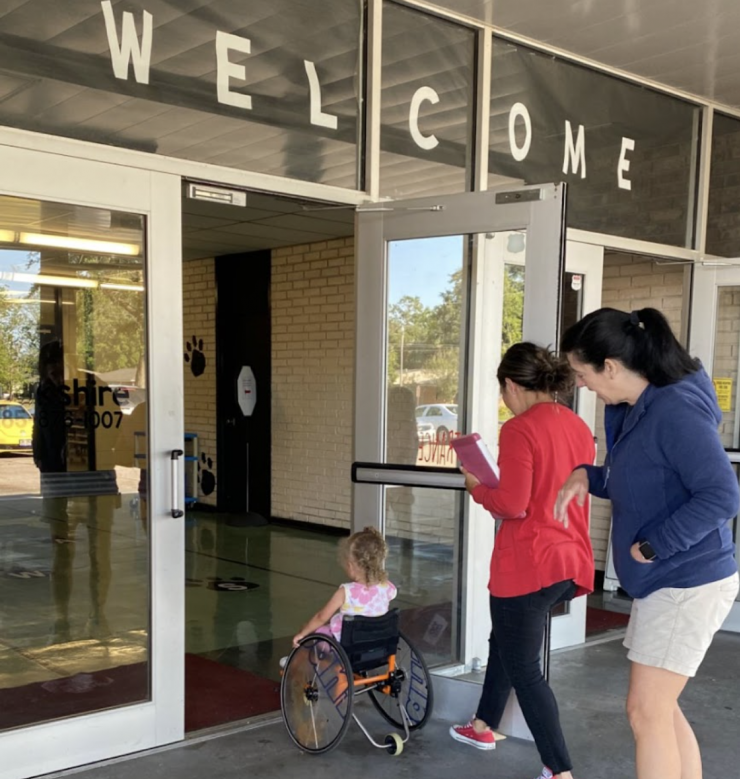 Miraculously, Medicaid agreed to cover the cost, and Eliana was prepped to become the first baby in Louisiana to receive it.

“We were ready to go, but then the Zolgensma people said they wouldn’t train any of the medical staff on how to administer it until they received payment. Medicaid hadn’t covered it, yet, and the clock was ticking. 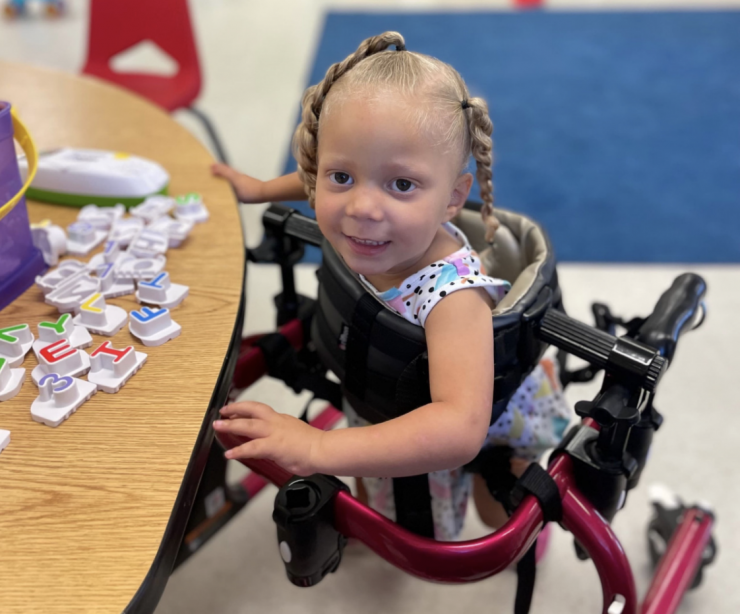 “Another woman who knew our story went to the leading administrator at the medical center - and I mean the big dog - and directly advocated for Eliana and her life-saving treatment,” Tiffany said. “And instead of talking about the expense or creating a bunch of red tape, he did something completely unexpected.”

He said, “What is a life worth? Write the check.” 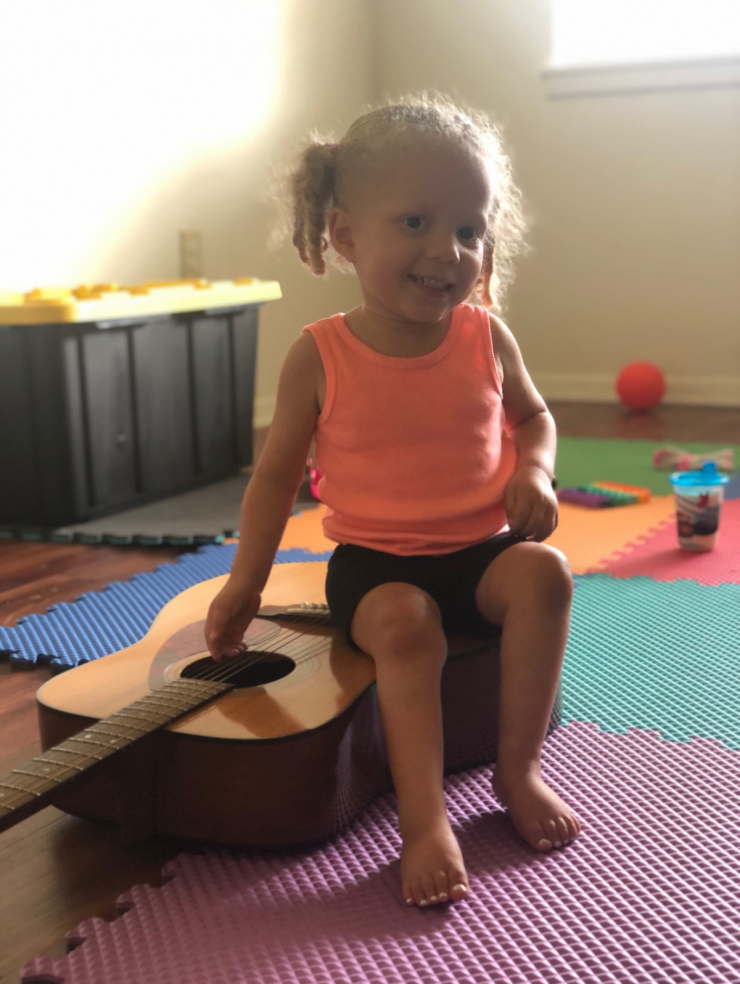 After, Eliana actually started to progress, an astonishing word in the SMA community. Her ability to swallow got stronger and she was sitting independently. While her genetics showed Type I SMA, her abilities look more like Type II - and with that comes a much more optimistic outlook. 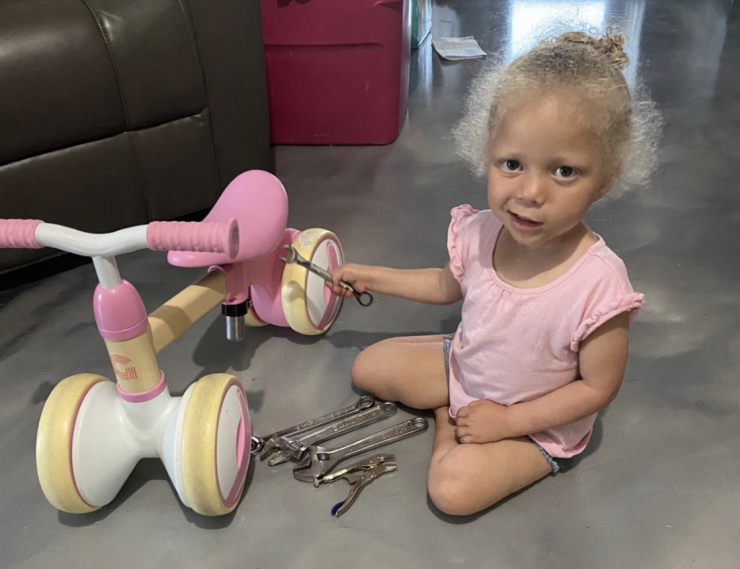 “I told anyone who would listen about Eliana's story,” Tiffany said.  “I began attending every genetics meeting there was. I went to Louisiana's capitol to speak on behalf of a rare disease bill. With the help of CureSMA, I (and other SMA parents) obtained signatures from people all over Louisiana to show support for adding SMA to our newborn screening panel.”

“As of January 2022, all babies born in Louisiana are screened for SMA! I know that no other parent will go through what we went through trying to get a diagnosis for their child.” 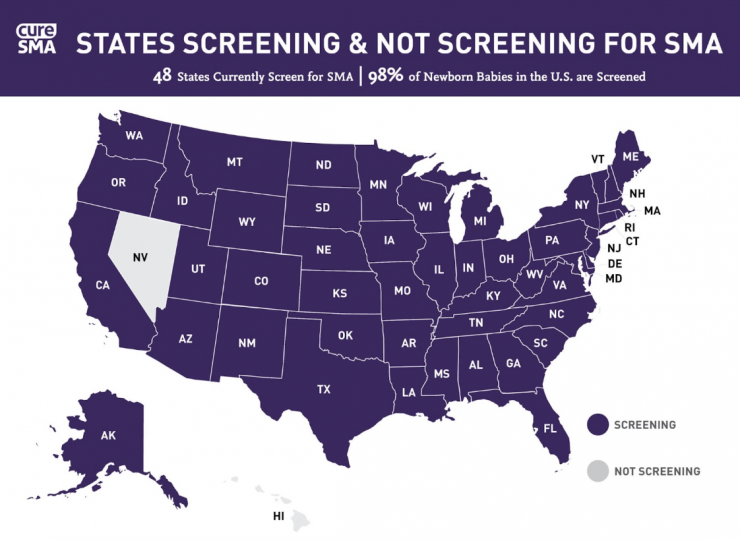 It won’t make hearing the results any easier, but it will give them a chance to cope and plan. They’ll cry, and then they’ll do some ass-kicking of their own. (Nevada and Hawaii, we’re looking at you!)

While their positive attitudes and determination are inspirational, it hasn’t been all sunshine and optimism. Eliana’s home took a direct hit from Hurricane Ida, wiping out much of the first floor and displacing the family for five months. Their kitchen was only finished this past July, nearly one year after the storm. 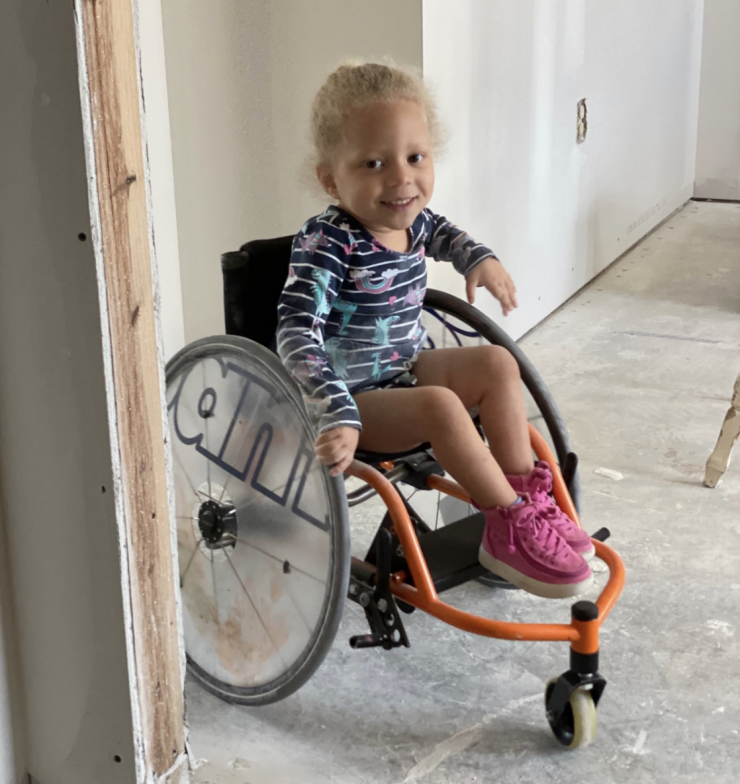 Then there was the matter of transportation. Eliana requires the use of a manual wheelchair now, which folds and breaks down a little easier than others. But she’ll need a power chair soon - likely by the end of the year - and the family has no way to transport it.

So, one night, Tiffany was watching YouTube videos trying to figure out if she could get a less expensive van to convert herself (“Way beyond my skill level,” she told us) when she found a video from AMS Vans featuring a Chive Charities recipient named Austin, a boy with one of the biggest, most contagious smiles out there. 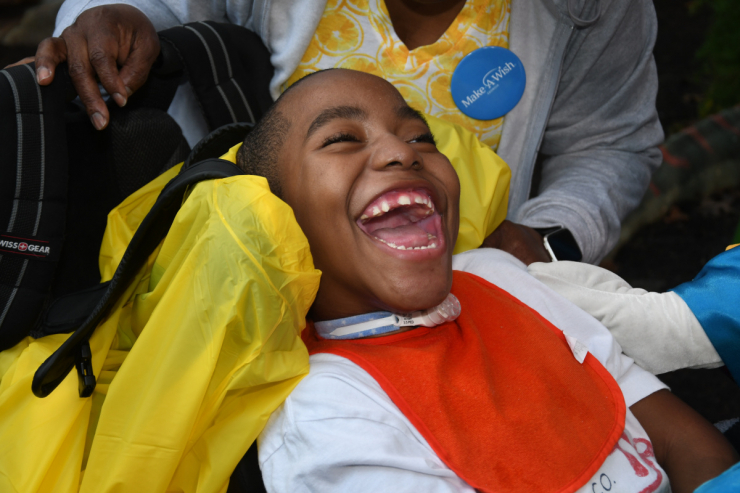 "I read their story and thought, ‘This is it. I have to apply,’” Tiffany told us.

Thanks to the Chive Charities community, our incredible family of donors, we were able to approve Tiffany and Eliana’s request for help, fully funding the cost of a gray 2019 Dodge Grand Caravan from AMS Vans for a total impact of $49,457. 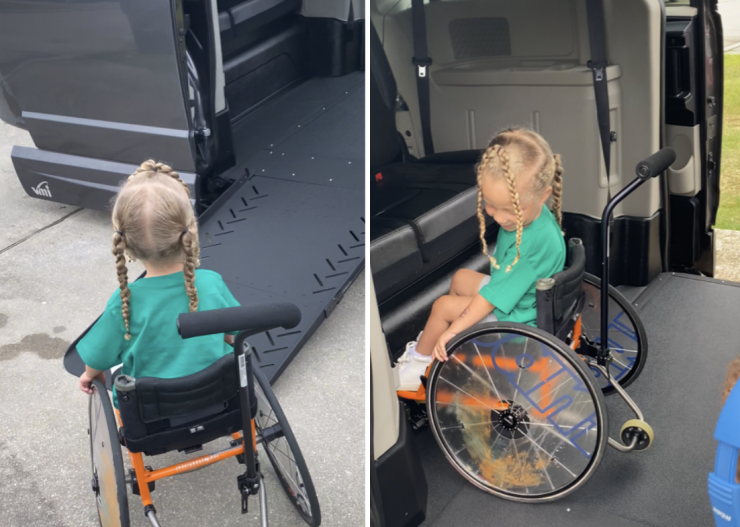 Our friends at DuroMax also stepped in to graciously donate a generator with the potential to power Eliana’s life-saving medical equipment, a huge relief for a family living in a Hurricane-prone area. We can’t thank them enough. 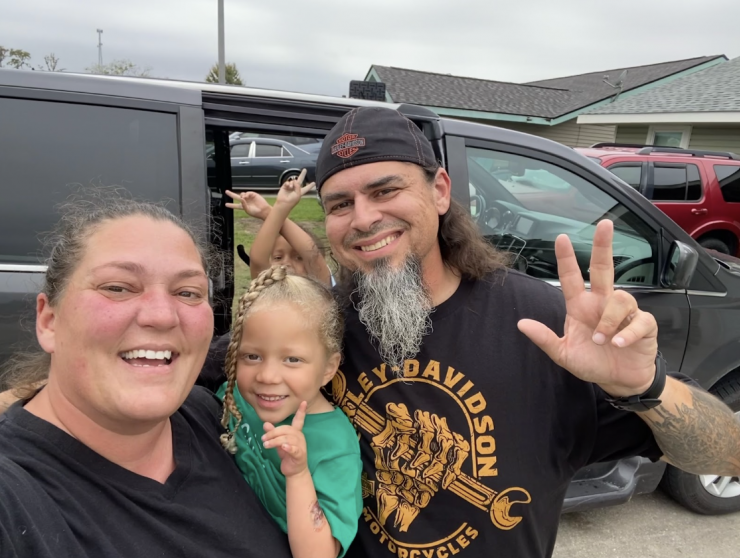 This is our 25th van of the year and 218th since 2012. And still, we haven’t slowed a bit. When these families need it the most, donors like you continue to help. 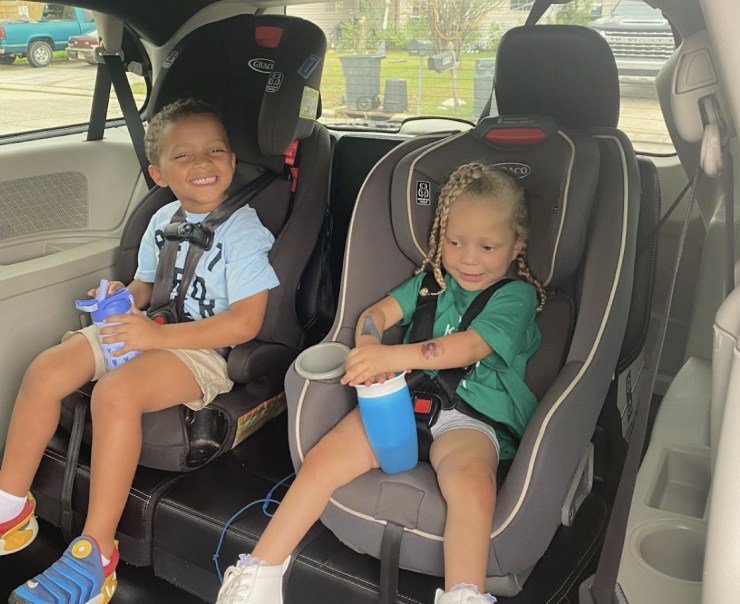 It’s beyond special and awe-inspiring - it’s a movement. The stories are heartbreaking and inspirational and tragic and hopeful. But together, we come together for the ones who need it most. 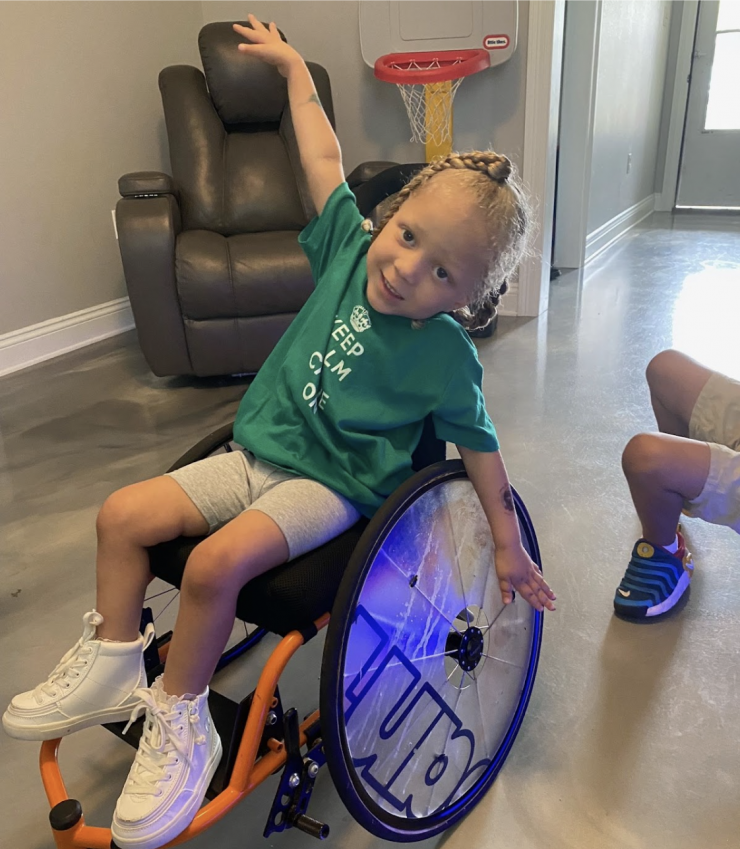 Today we cry, tomorrow we kick ass. As that incredible doctor said…”What’s a life worth? Write the check.” DONATE HERE.