Meet the masters of making lemonade out of lemons

In a cold and empty conference room on a hot and humid summer day, Melanie and Matt Dragovits huddled side-by-side in stiff-backed chairs and prepared for the worst.

A genetic counselor and doctor quietly shuffled into the room, took a seat, and delivered the news that would bring the family to its knees. Melanie was in her 22nd week of pregnancy, and an hour earlier, an ultrasound technician had spotted a lesion in the lumbar and sacral region of the baby’s spine. Their precious unborn child had Spina Bifida. 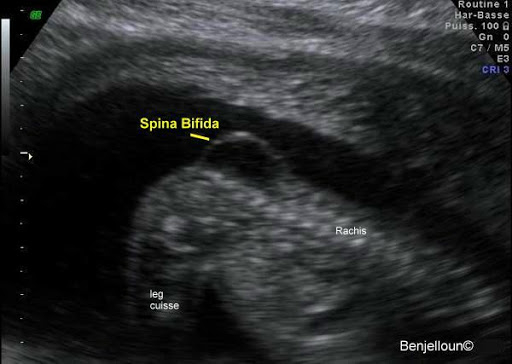 “They gave us some very dry, clinical information about Spina Bifida and handed us a packet that looked like it was from the 1970s,” Melanie recounted. “I was in shock and in tears. My husband was in shock as well. The doctor gave us some more grim information on the prognosis and how our lives were basically doomed if we went on with the pregnancy.”

(Their lives were not, in fact, doomed by this prognosis. Quite the opposite, actually, but we’ll get to that later.) 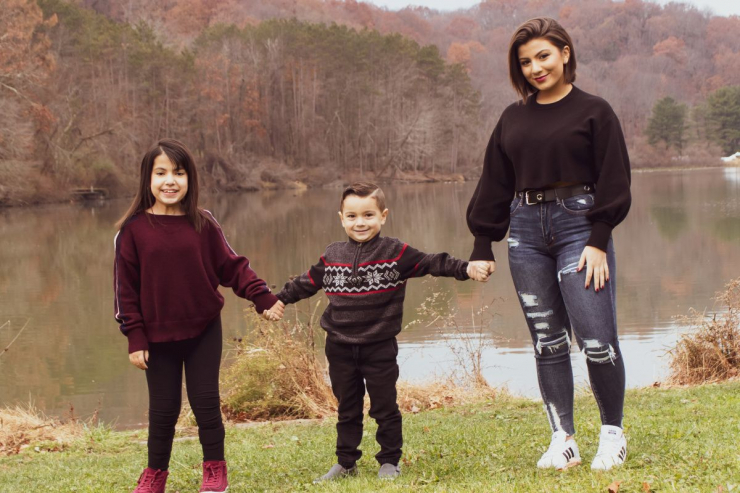 Imagine what you’d be feeling if you received similar news. Imagine the joy of pregnancy cut short by a diagnosis you never saw coming. Imagine being told your baby would likely have little to no quality of life and being told to consider whether you wanted to continue with the pregnancy.

The Dragovits were stunned, sure. But even in their darkest moments, they never wavered on their desire to give this child a chance.

What would it take to get someone else to care for their baby in the same way?

“I was going to have that baby and prove them all wrong,” Melanie told us. “I made calls, did research, read books, and finally made an appointment with a pediatric neurosurgeon in our area, Dr. Pattisapu. He was full of heart and compassion and was a champion for children with disabilities, especially those with Spina Bifida. He let us know that, yes, it will be different. But it will also be happy. Her life was worth living. That’s all I needed to hear.” 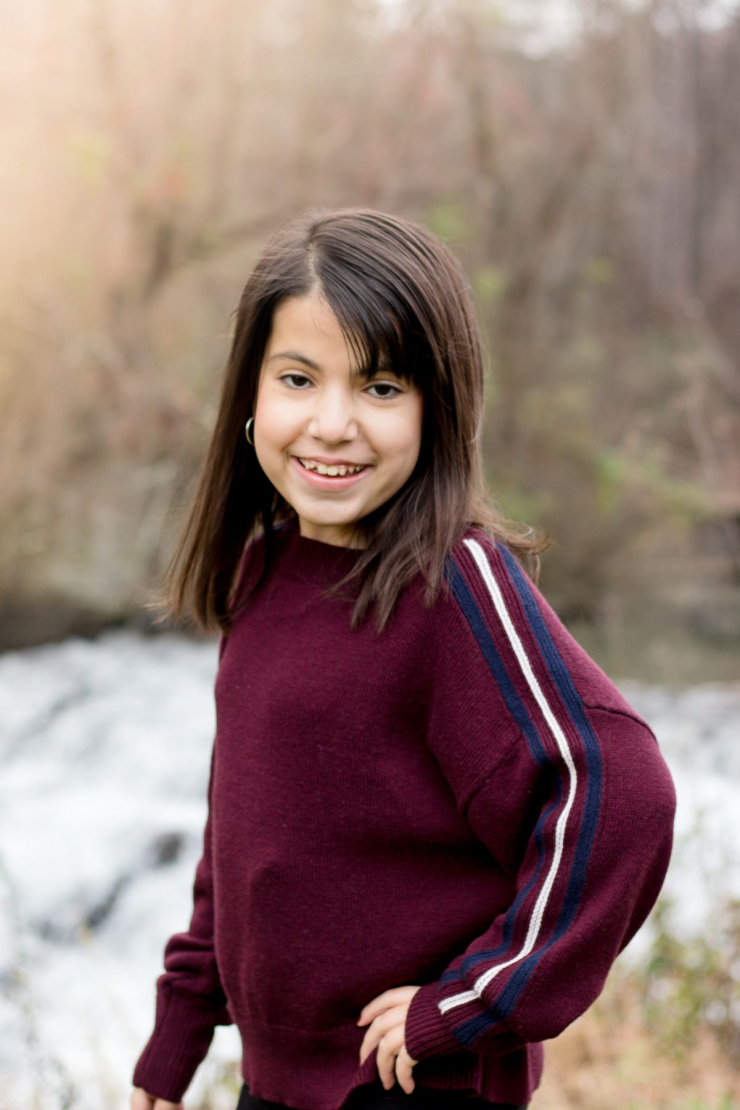 On October 25, 2005, an OR room was prepped, doctors and nurses gathered around, and Melanie and Matt grasped each other’s hands, held on tight, and waited to hear their baby’s first cries.

Elizabeth Dragovits silently entered the world at 7 pounds, 12 ounces, and immediately needed breathing assistance. She was placed on a ventilator and whisked away for further care and observation. 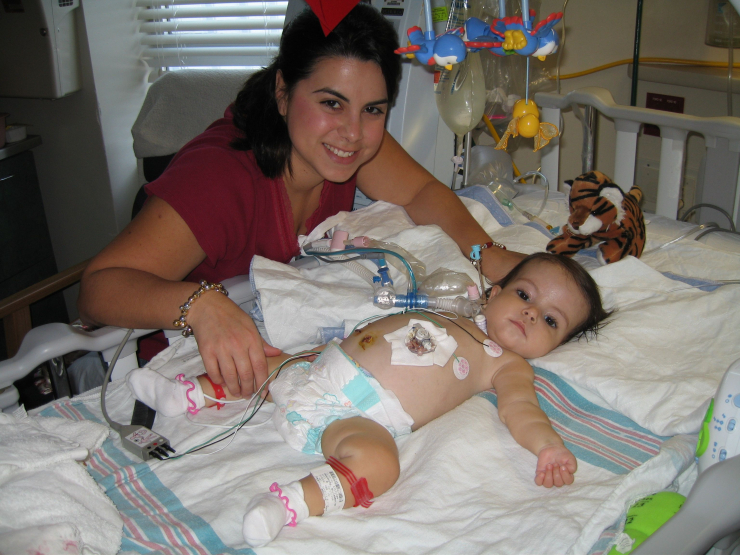 The next few days were a blur, and Melanie and Matt helplessly watched as their newborn daughter underwent her first surgery (she would later go on to have 29 more). She endured the necessary procedure, recovered well and was finally, thankfully, sent home. 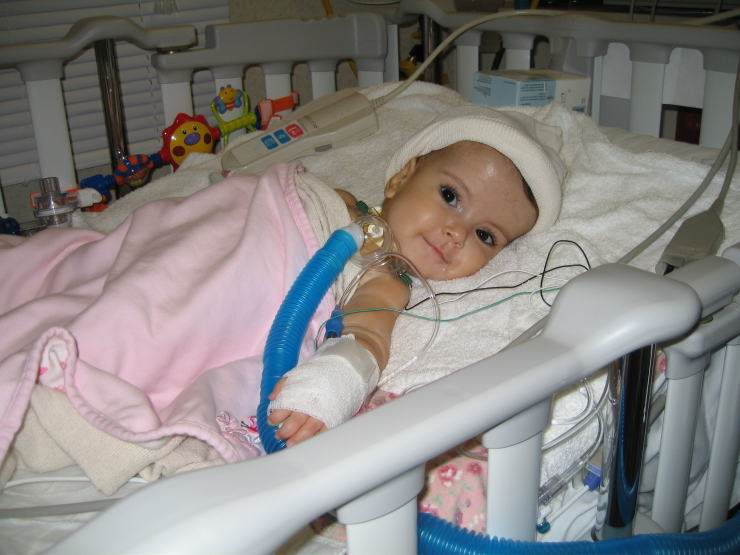 This rollercoaster continued for the first year of her life, and with every new life-threatening challenge, doctors continually suggested that the Dragovits family let Lizzie go. More than one suggested they should prepare themselves to say goodbye. They were at their wits end, pushed to the brink of patience...until they heard about the Godfather of Spina Bifida.

Dr. David Mclone pioneered the treatment and advancement in care of Spina Bifida patients at Lurie Children’s Hospital in Chicago, and in the course of his illustrious career, the life expectancy of children with this diagnosis more than doubled. “Godfather” seems fitting. 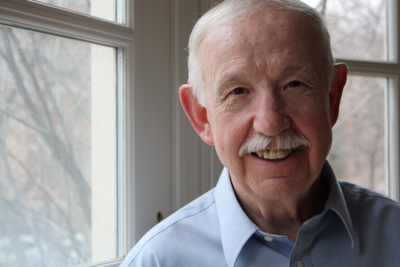 So, to Dr. Mclone they went.

In typical Dragovits family fashion, the road to Chicago was full of twists and turns, unexpected challenges, and numerous roadblocks. They survived a housing crisis, loss of income, exorbitant medical debt and more to relocate to the Windy City. But through it all, they felt at peace knowing Elizabeth would finally be in good hands.

What was it going to take to get Elizabeth the care she needed? 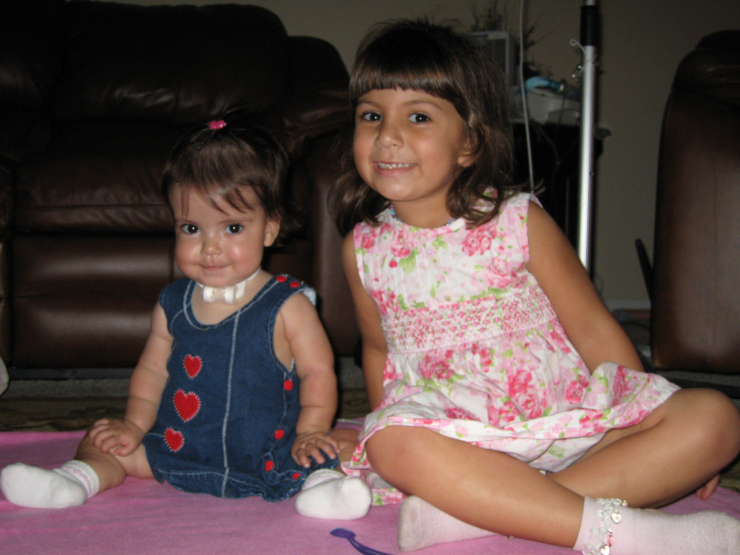 This little girl with the uncertain journey, the little girl with all the odds stacked against her, was making herself known in a big way. Elizabeth was a fighter, and she was just getting started. 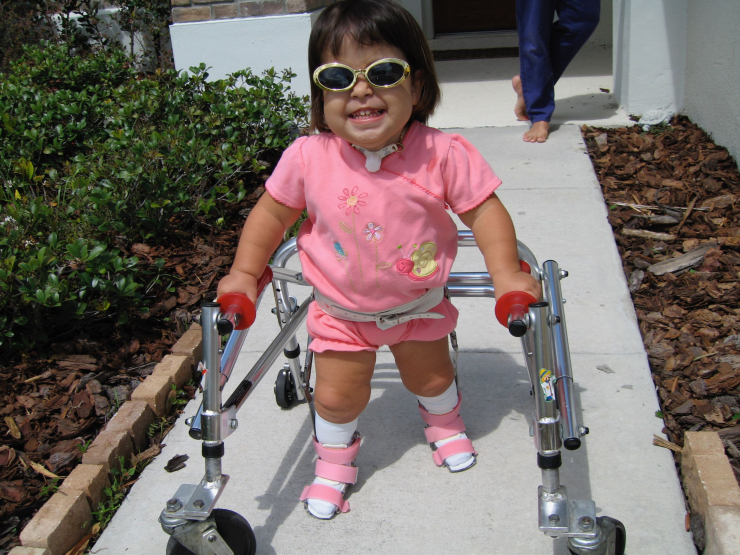 She would later have another life-changing surgery, a complicated and difficult tracheal reconstruction that created a normal airway and allowed her to take a proper breath for the first time in her life — she was just six years old. 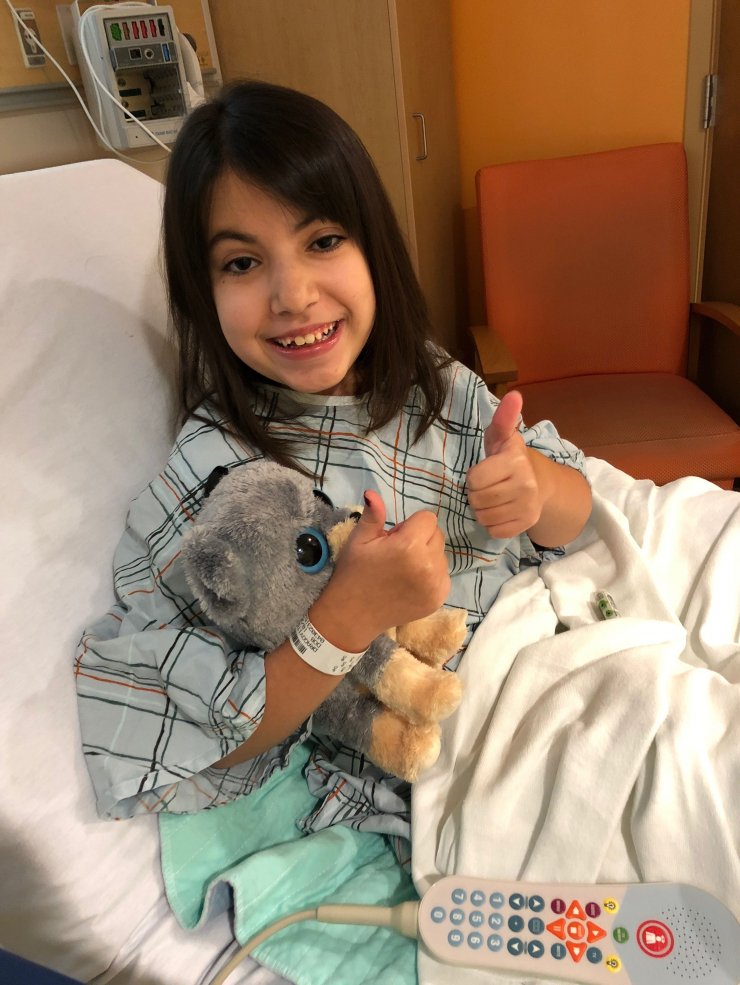 Whatever it took to give her a better life.

In the years since, the girl with the fighting spirit has continued to persevere. She has no learning disabilities and, in fact, excels in academics across the board. She’s participated in Theradance, adaptive swim, adaptive cheerleading, adaptive dance, Miracle League baseball, theater programs, and more. 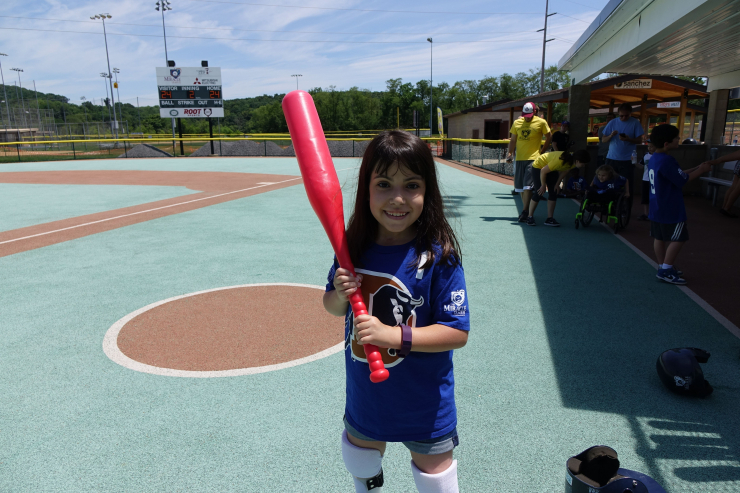 In her free time (whenever that might be for this busy teen), she volunteers as a teaching assistant at Sunday school and as a volunteer for a drug prevention program.

If that wasn’t impressive enough, she’s even pushed her physical limits and climbed a rock wall. (Don’t worry, it was part of a camp experience for children with Spina Bifida, and she was closely monitored.) 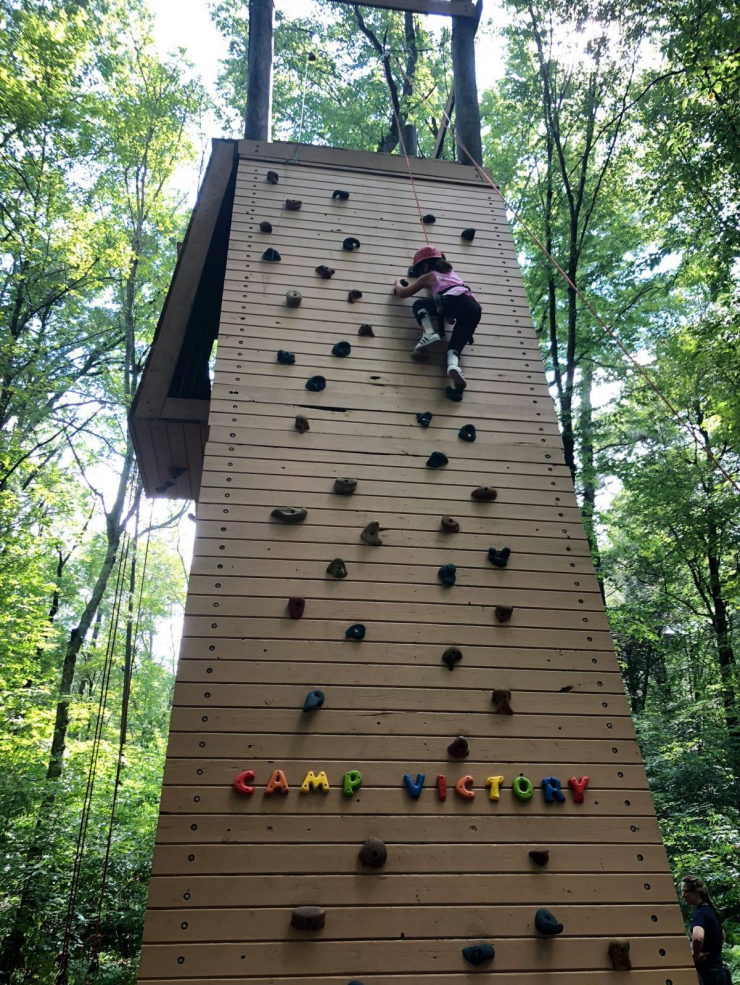 Elizabeth is now 15 years old and a high school freshman. She still uses a wheelchair or her pink scooter for long distances, and she certainly faces challenges that others don’t have. She wouldn’t be a Dragovits if she didn’t take the long road every now and then.

“There are things that she can’t do or has to do differently, and the same goes for our family,” Melanie said. “We have all become experts in making lemonade out of lemons.” 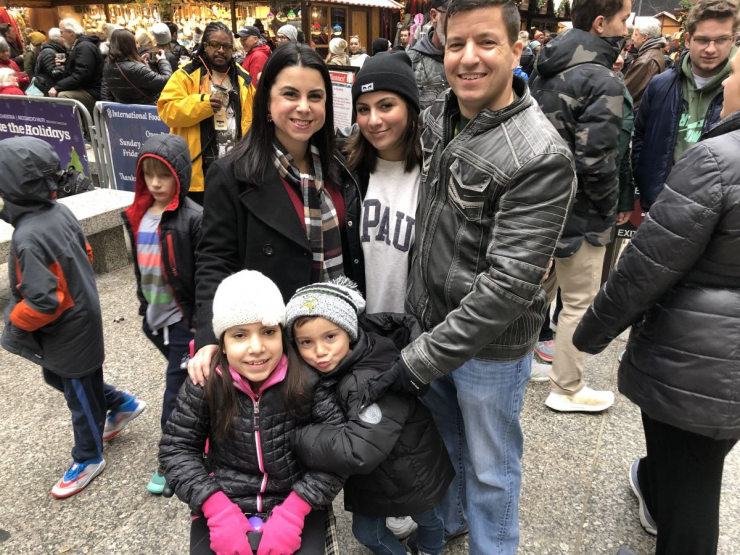 This family has been through it. Over and over again, they faced adversity with eyes wide open and their best foot forward. But even this family with the can-do attitude knows when to ask for help.

Elizabeth is a full-fledged teenager, and while she’ll always need a helping hand or two, she also desperately craves independence. Like we mentioned before, Melanie and Matt have faced a housing crisis, loss of income, and substantial medical debt. When they realized their current bathroom wasn’t going to work for Elizabeth’s growing needs, they knew it was time to look for help.

What was it going to take? 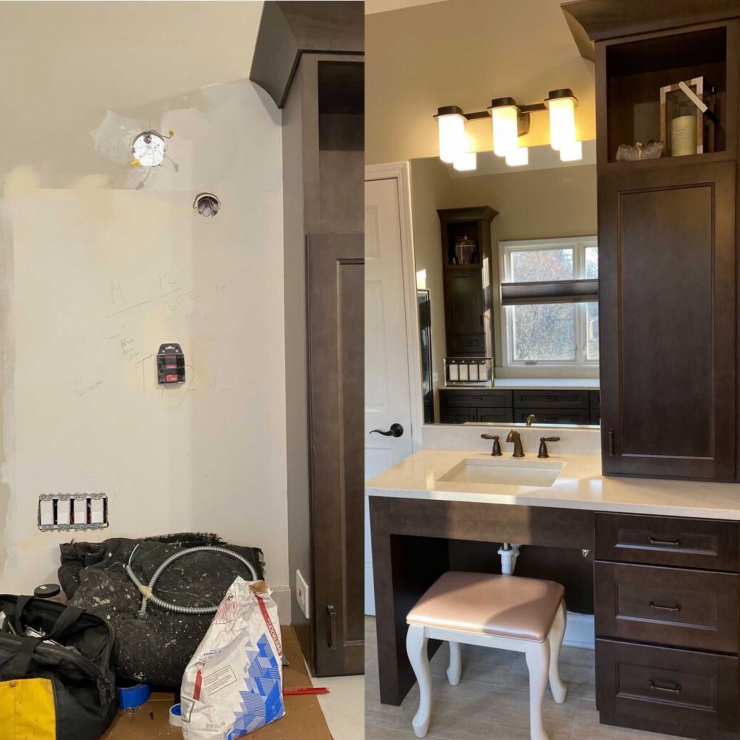 When people have nowhere else to turn, they turn to Chive Charities. We’re pretty good at making lemonade out of lemons, too. That’s why, with the support of our dedicated donors, we were able to fund a full bathroom remodel for Elizabeth and her family for a total impact of $6,970.

This incredible family asked for someone to finally be in their corner and were met by a community of supporters who said, “Yes, her life was always worth living. Now let us help make it better.” 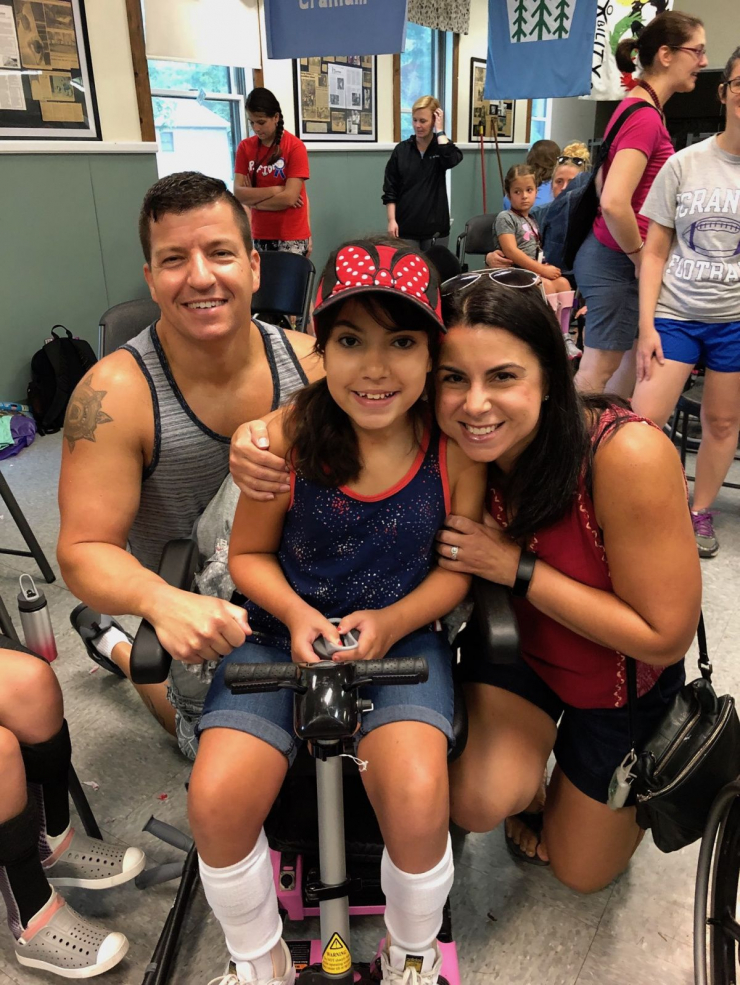 What’s it going to take?

For Chive Charities and the recipients we serve, it takes a family of committed donors to answer calls for help that would otherwise go unanswered. It takes a community of ardent supporters to read a story and make a donation that changes lives. It takes a special person to give from their own pocket to help someone else in need.

And yet, we see it every week - more than 400 life-changing grants and counting. What’s it going to take? You. Them. Us. Become part of our donor family HERE.