There aren’t a lot of guarantees in life, other than death and taxes, and maybe the shelf life of a Twinkie. Ironically, one thing that’s almost always a given is that life will be full of surprises.

As someone who doesn’t really like surprises, this can be troubling. I prefer a game plan and some advanced notice, which means I’m great at organizing adventure and terrible at spontaneously adventuring. But some people are totally down with the mystery, and no matter what life throws their way, they make the most of it. These people are awesome. Danielle’s family are these people. 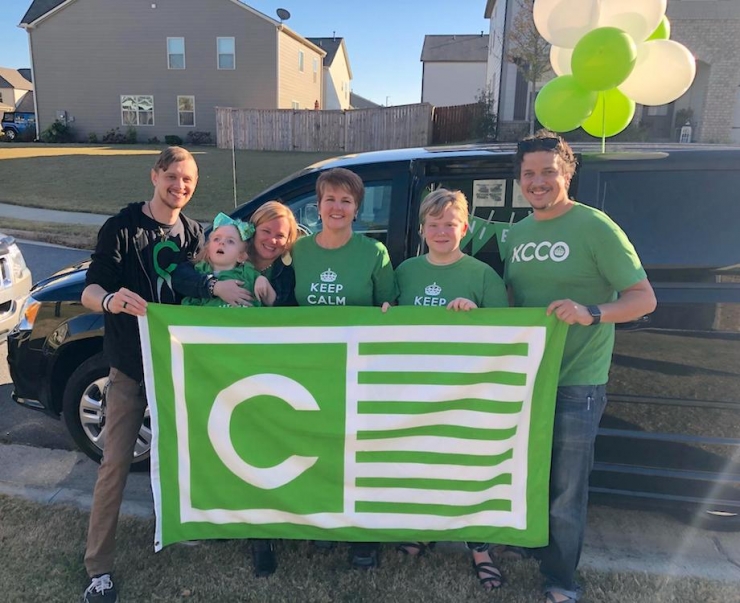 We met Danielle the way we meet a lot of great folks – her family reached out to Chive Charities for help getting the wheelchair-accessible van they desperately needed, and after hearing their story, of course we said yes. You might be wondering why I’m giving away the ending so early in the story...SURPRISE! This one’s full of twists and turns, just like life itself, so hold on and enjoy the ride. 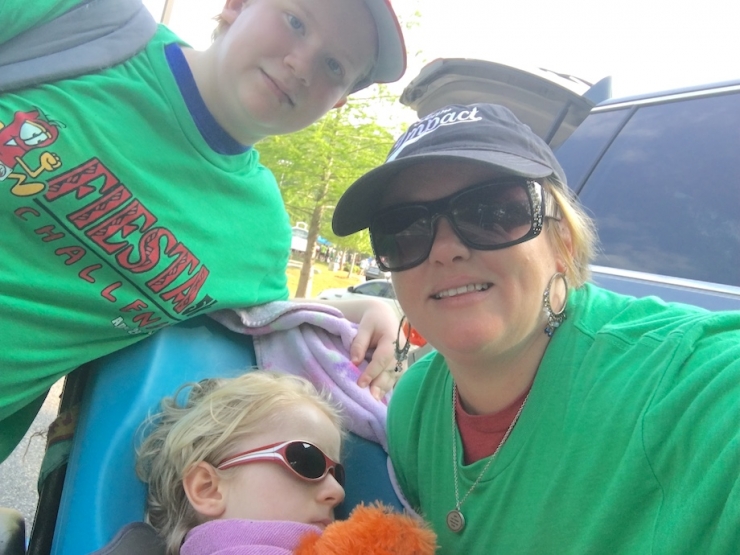 That’s Danielle in the middle. She’s 10 years old and lives in Georgia with her parents and big sister Shannon. At first glance, Danielle looks like your average, everyday kiddo, but by the way her mom Adrian describes her, you might think she’s an angel on earth.

“I was saved because of Danielle,” Adrian says. “She’s saved many. She has been a light in the darkness her entire life, bringing hope to so many. Every day with Danielle is a gift.” 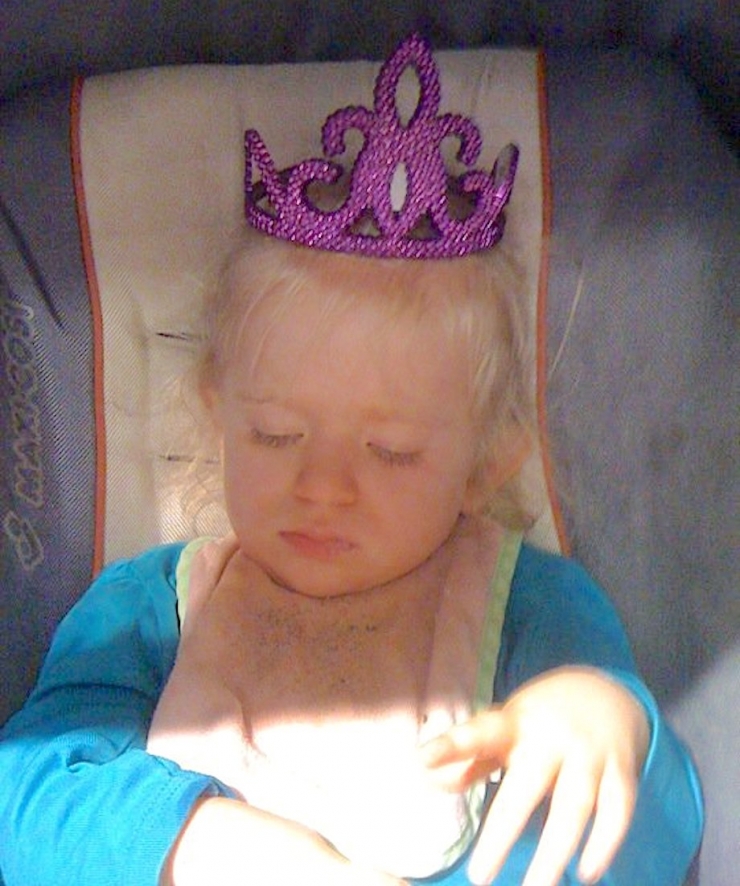 Adrian has that unwavering upbeat tone parents of special needs kids tend to have – the one that says they understand their lives are harder than some, but other people are fighting even bigger battles. That there’s beauty in little victories, and each moment is a blessing, no matter how difficult. They’re lucky in many ways. They’ve learned to embrace the surprises. 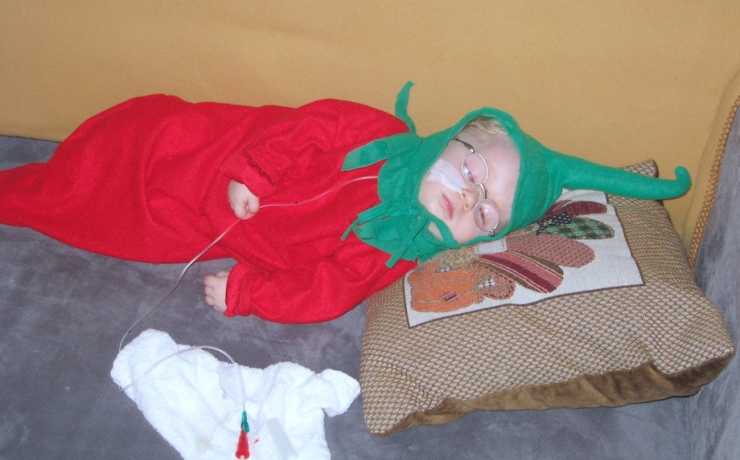 Danielle’s entire first year was full of twists and turns. At just a week old, she spit up a small amount of blood, and her parents rushed her to the hospital. Doctors dismissed the incident as reflux and sent them home. A few weeks later, newborn Danielle vomited more blood and was this time admitted to the hospital, a pulmonary hemorrhage to blame. Then she had her first seizure, though looking back, Adrian suspects Danielle had a seizure the first week.

Now one month old, Danielle began low-dose Phenobarbital to control her seizures. The treatment seemed to work, much to the relief of her worried parents, but the seizures returned with a vengeance after her routine vaccinations and Danielle was diagnosed with epilepsy. 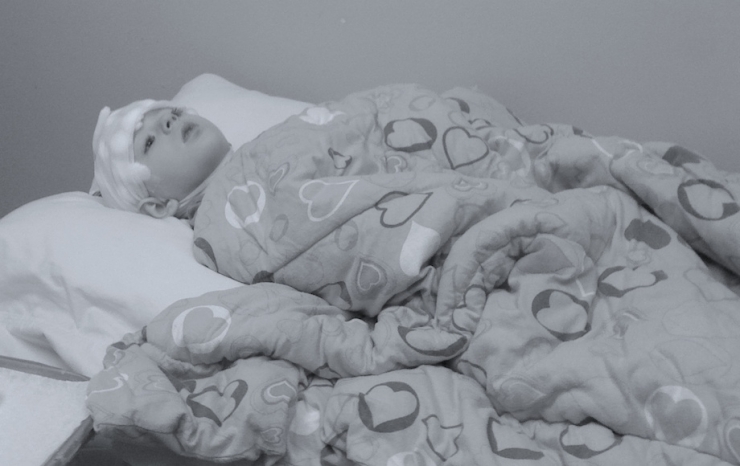 The entire next year was a blur of symptoms and testing. In addition to rampant seizure activity, sweet Danielle lost the ability to smile, bear weight, and make eye contact. A muscle biopsy confirmed she had mitochondrial encephalomyopathy, and further testing revealed a surprise: Danielle has an SCN8A genetic mutation, a condition shared by only 160 people in the world and zero other people in the state of Georgia. 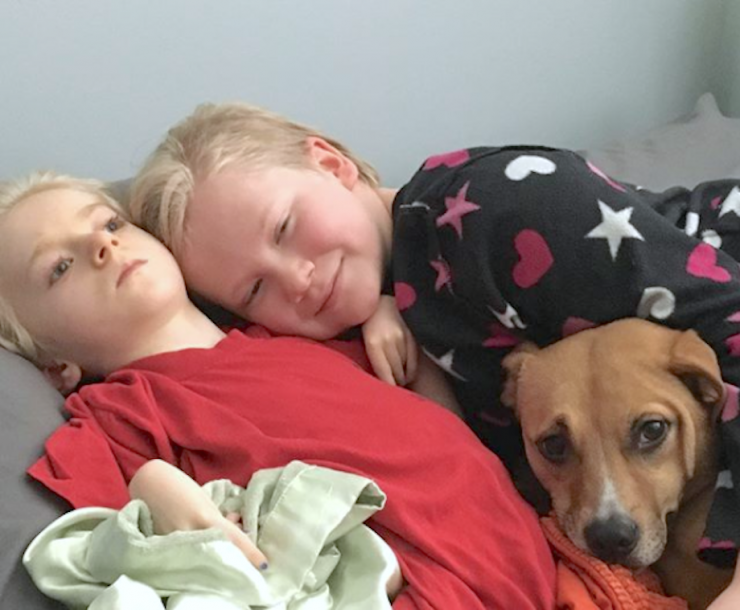 In addition to seizures, Danielle has experienced developmental delays and regression, and suffers from very brittle bones. 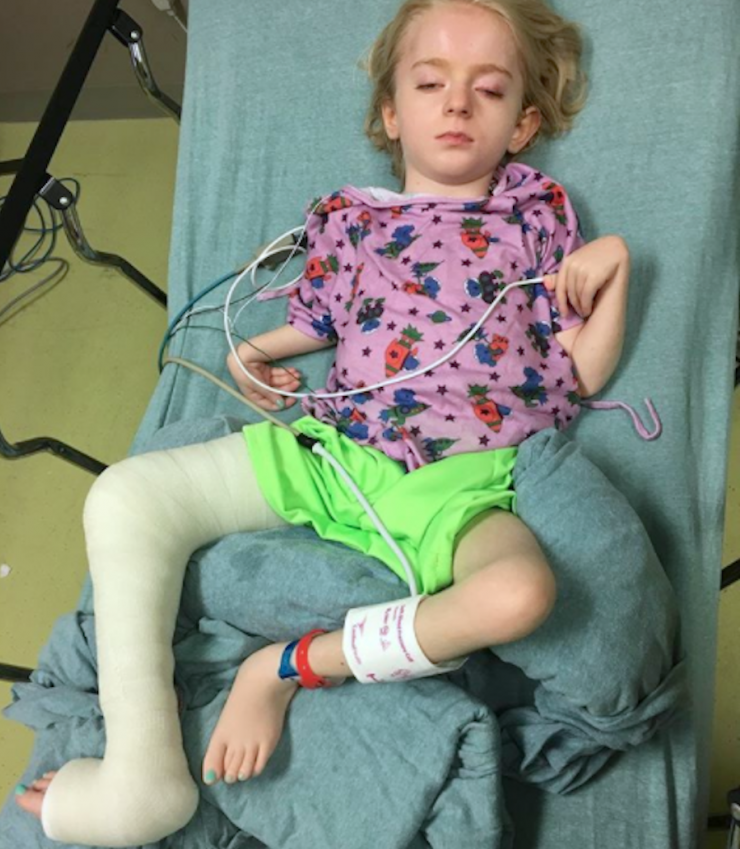 “How many fractures do you think she’s had?” I asked Adrian. She paused for a moment, did a little mental math, and replied, “Somewhere around 15 to 20? It’s hard to tell when something is wrong because she can’t communicate. We’ve taken her in for one thing and found healed fractures we didn’t even know about. It’s scary.” 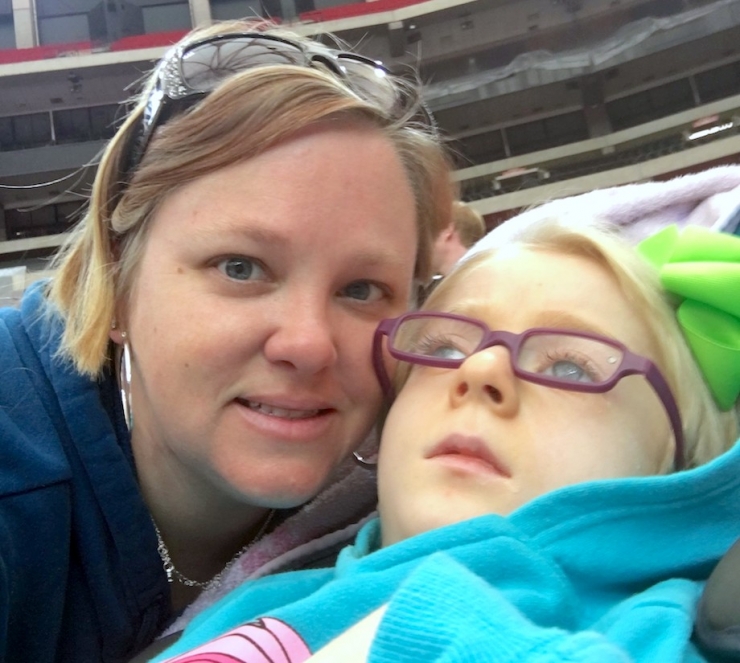 It makes moving her from one position to another a very delicate process, one her family tries to minimize as much as possible. But life doesn’t slow down, and Danielle’s family doesn’t want it to pass her by. 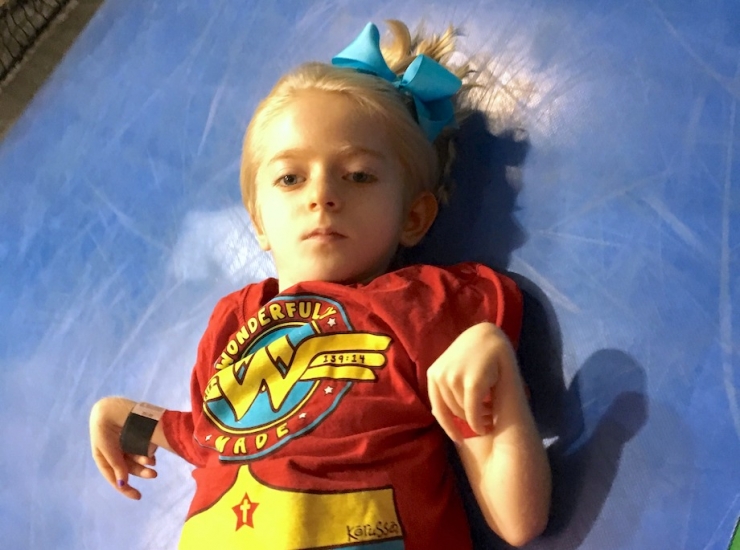 They do their best to get her out and about when they can - she loves going to the roller rink, the bowling alley, anyplace with music – but there’s always a risk involved.

This seems like a good time for a curveball... 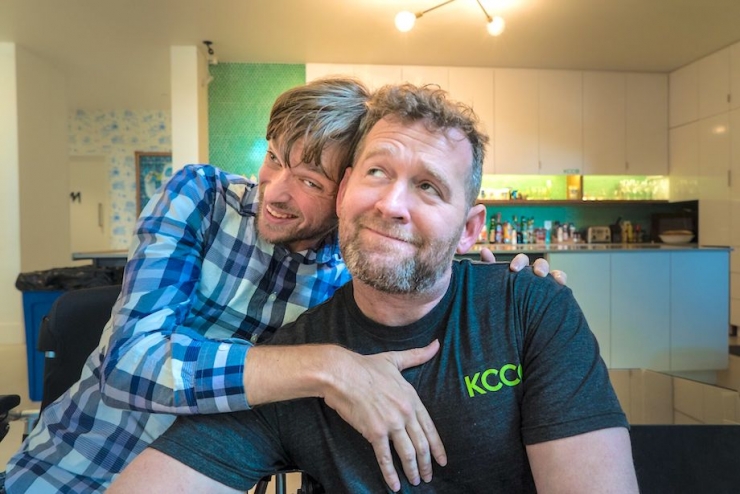 Last month, comedian and mobility advocate Zach Anner came to theCHIVE HQ to talk with John Resig and Skype with a few of Chive Charities’ past recipients. They also had something pretty big planned, and since the video is still in production and I’m terrible at surprises, I can’t wait any longer. 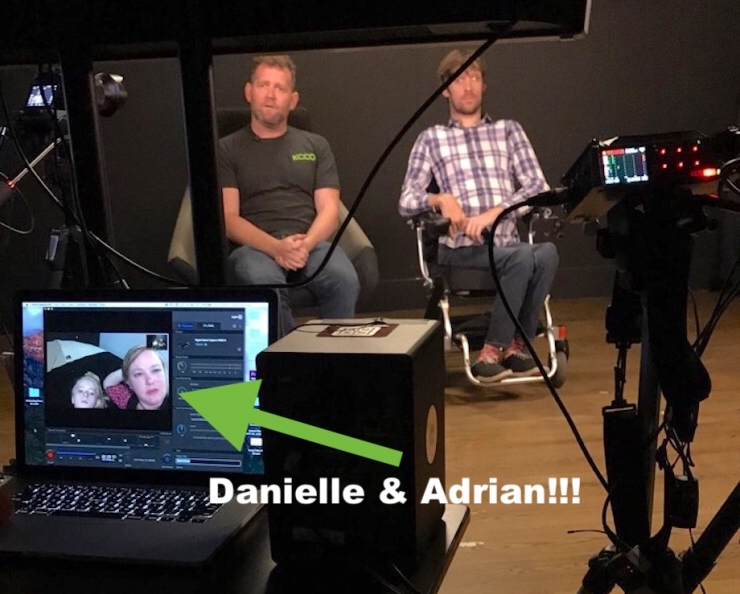 John and Zach Skyped Danielle’s family, telling them it was part of the grant approval process. They talked for a few minutes, pretended to ask some questions needed to make a final decision, and then John channeled his inner Oprah and shared the good news.

*Actual footage of lives being changed.

“I had no clue,” Adrian laughed. “I was wondering why we were getting a video call on a Sunday! We were all crying, and once we got off the phone we were all numb. We were like ‘What just happened?’” 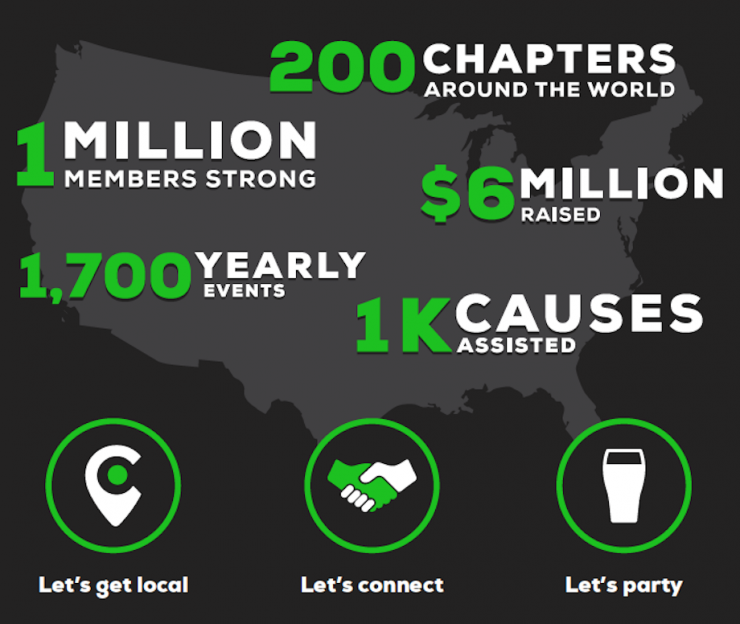 One of the best things about theCHIVE is the community – with just over one million Chivers in 220 Chive Nation chapters across the country, you don’t have to look far to find a friend. 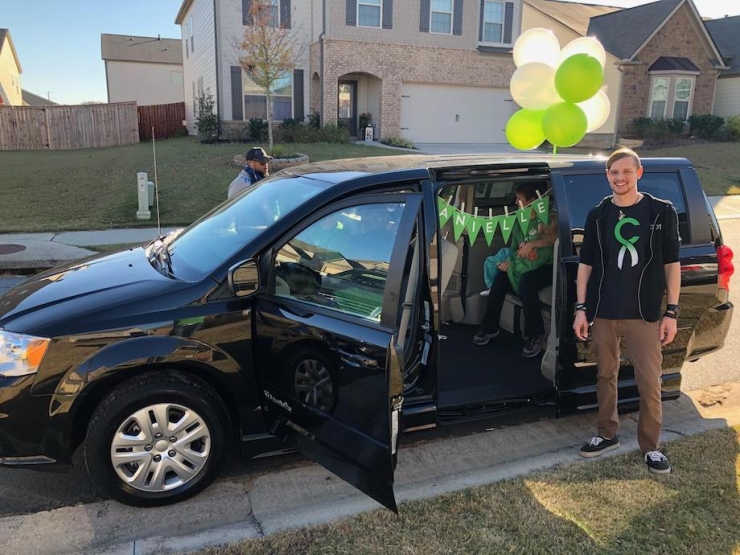 When Atlanta Chivers Robert and Michael B. heard there was a brand new Chive Charities recipient in their neck of the woods, they didn’t hesitate for a second to make Van Day extra special. They took time off work, stopped by the dealership to dress up the van, and personally welcomed Danielle and her family into Chive Nation. 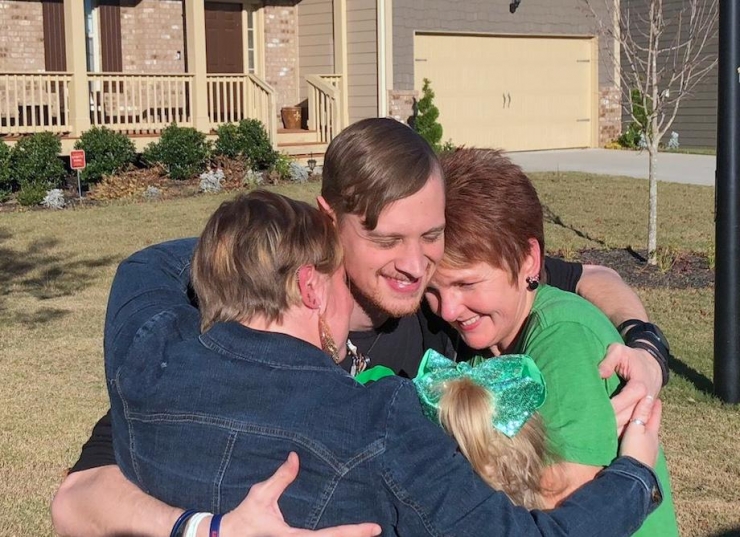 “The Chivers were so fun. It made a big difference that they thought personally of Danielle.” Well done, Robert and Michael. 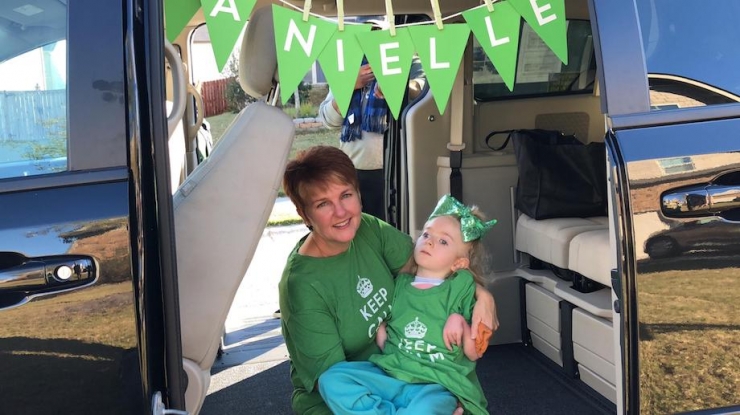 Adrian said their old car died the very next day. Isn’t that just like life?? 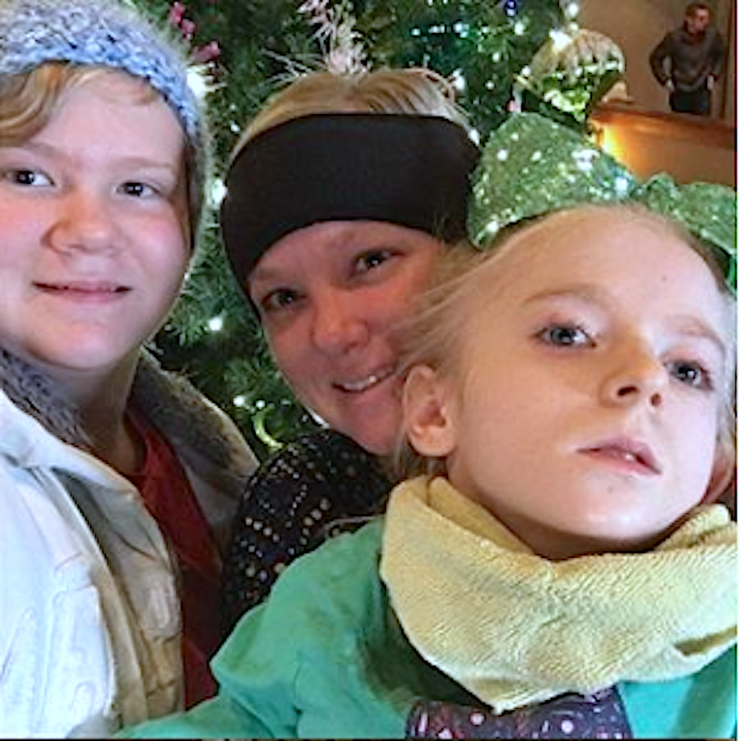 Since getting their van in November, Danielle has traveled to Atlanta to see friends, been camping and to an archaeological dig, and just had an easier time enjoying our great big world. We’re so happy for her and can’t wait to see where she goes next!

Giving kids like Danielle the freedom they deserve is one of our very favorite things, but we couldn’t do it without our monthly Green Ribbon donors leading the way. Click HERE to see what this mighty group of supporters is all about, then join us in making the world 10% happier.

**Shout out to our friends at BraunAbility for helping make this grant possible. 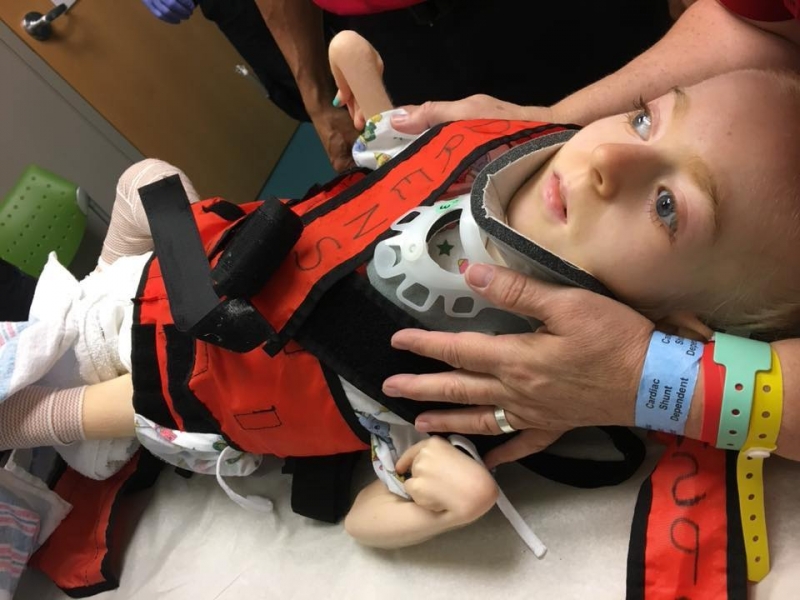