An ADA Van from AMS Vans

At 6:14am on Sunday, September 20, 2017, the sun had just risen in San Juan, Puerto Rico. Sixty seconds later, the deadliest Atlantic hurricane of the 21st century struck the island, obliterating all light and enveloping the country in darkness that would linger long past the last gusts of wind and rain had faded.

On the heels of an extremely active 2017 hurricane season, Puerto Rico was still battling the effects of Hurricane Irma, a Category 5 storm that caused catastrophic damage just two weeks prior.

Approximately 80,000 remained without power as Maria approached, and unfortunately, FEMA’s Caribbean Distribution Center warehouse, its only emergency stockpile in the islands, was located in Puerto Rico. By September 15 - just five days before Maria arrived - 90% of the water and all of the tarps and cots had been deployed for post-Irma relief. Maria arrived before supplies could be replenished. 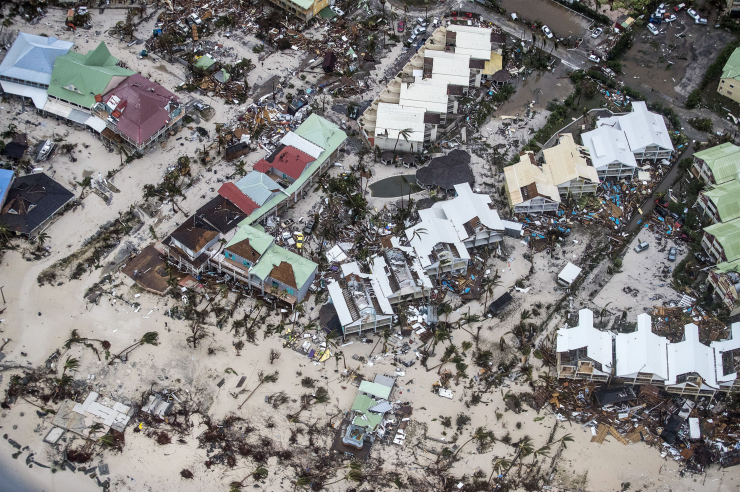 For one family, that was just the beginning of a long list of things that went horribly wrong - and it all circled back to 2017.

In January of that year, Pablo and Sara Pallone were expecting their first child, a son. Everything was looking good and Sara was scheduled for a standard c-section. Doctors didn’t suspect that anything was amiss, but they did expect the baby to be larger than normal - both Pablo and Sara are over 6 feet tall. 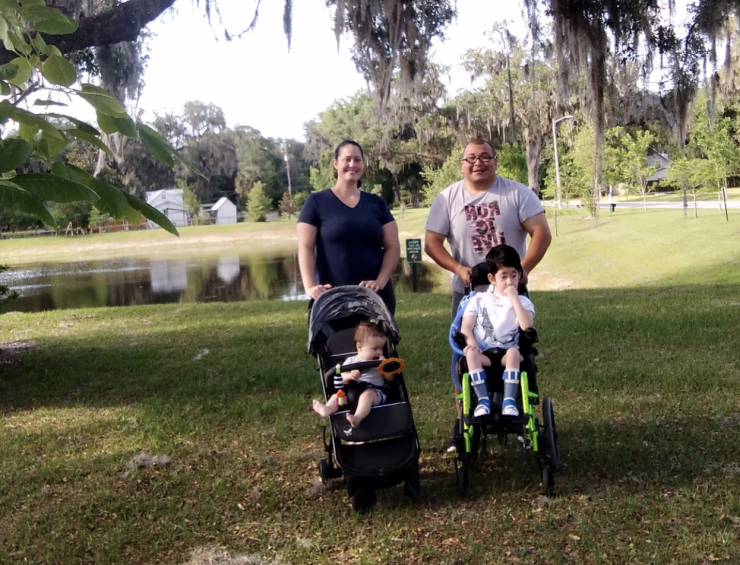 “I was sitting beside Sara, but I could see everything the doctor was doing,” Pablo explained. “I saw them pulling on the baby, really hard, and when he finally came out, he was like rubber and purple.”

Sara never even saw him. Their son, whom they would later name Thiago, was rushed off to the NICU.

The medical team explained that he “had problems” but couldn’t give a diagnosis. Thiago had to be resuscitated, then intubated, and during his first month of life, he went into cardiorespiratory arrest four times. 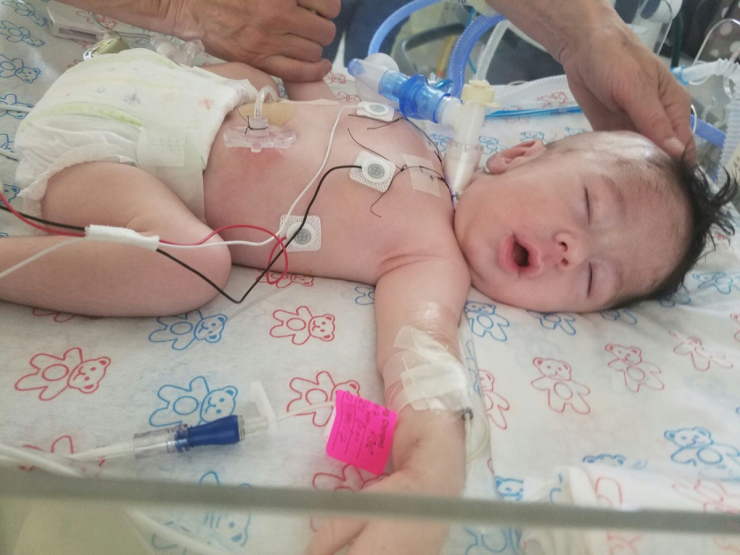 “Late one night, we were at home when a nurse from the NICU called us and said, ‘Get here. NOW,’” Pablo told us. “Thiago had gone into cardiac arrest again, and the NICU doctors gave him six rounds of epinephrine - the maximum for that age and weight was only three doses. But they saved him. 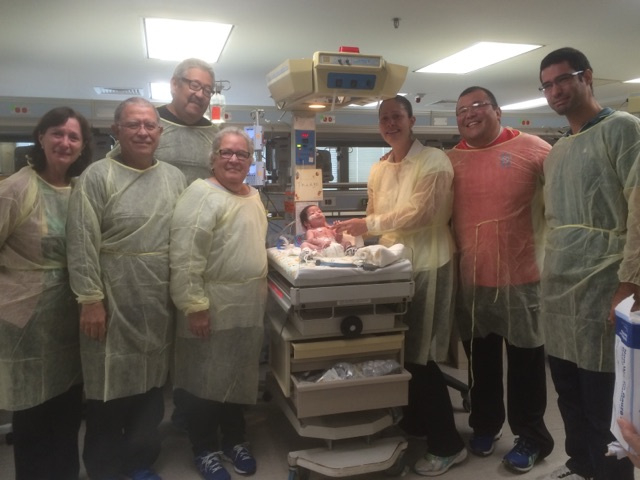 From that moment on, we knew the only option to save his life was to give him a trach and g-tube.” 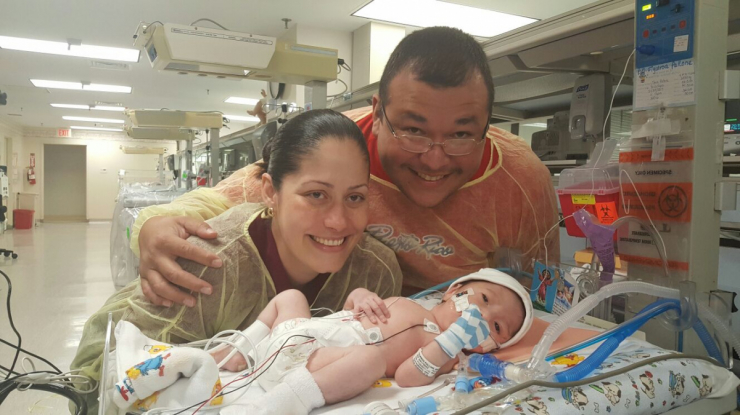 Thiago was now vent-dependent. Fast forward to September 2017 and the week that Hurricane Maria struck.

The Pallone family had lived in Puerto Rico long enough to know that electrical power was going to be an issue. The grid was notoriously unreliable and they couldn’t risk losing power while their son was dependent on a machine to stay alive. 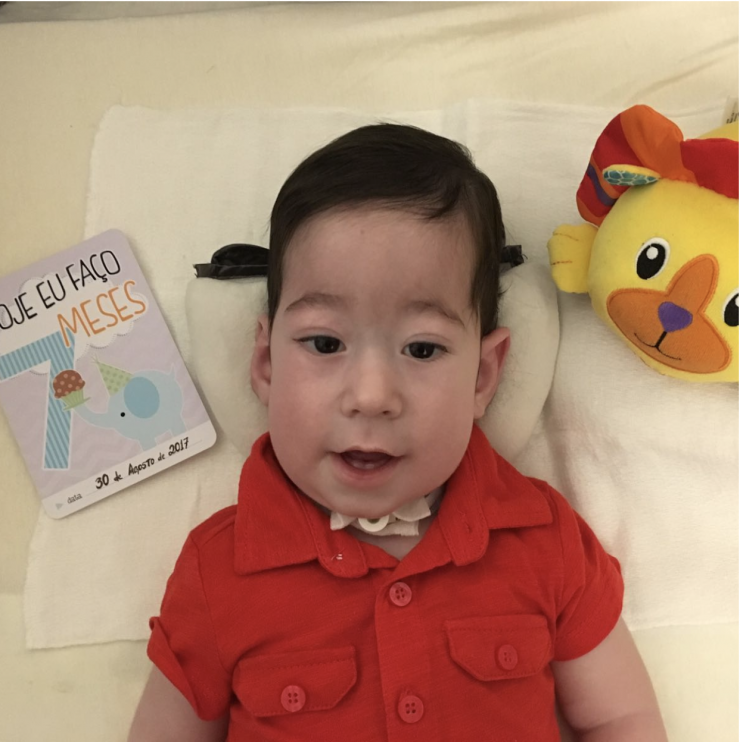 “We started looking for shelters but couldn’t get in,” Pablo said. “We eventually made it to a hospital, but they told us that unless Thiago was experiencing a medical emergency, he couldn’t stay.” 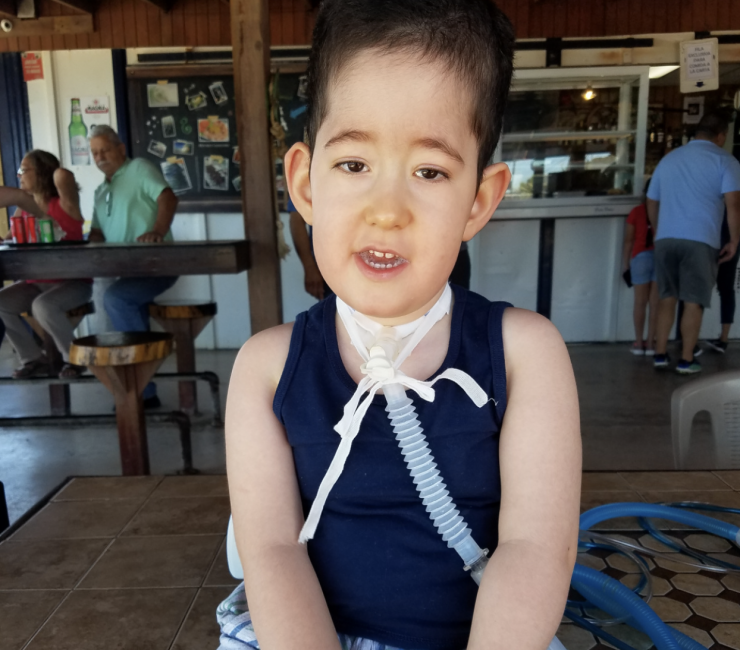 As a police officer in Puerto Rico, Pablo had some good connections and he placed a call to a senator for help. “He heard our plight and said, ‘Have you thought of going to the US?’ That’s when we realized there was no hope on the island.”

When the 155-mph-winds of Hurricane Maria hit, Thiago slept through it. The family had a generator to help him survive, but a new problem quickly emerged. His oxygen tanks were running low and additional supplies couldn’t be delivered.

Pablo risked his life to leave the house and navigate through downed power lines, broken trees, and the unspeakable tragedy that the hurricane had left behind in his search for help. There was no fuel available on the island, so he could only rely on the little gas that was already in their vehicle.

“We were desperate,” Sara said, crying. “We knew Thiago wouldn’t make it through the night without it.” 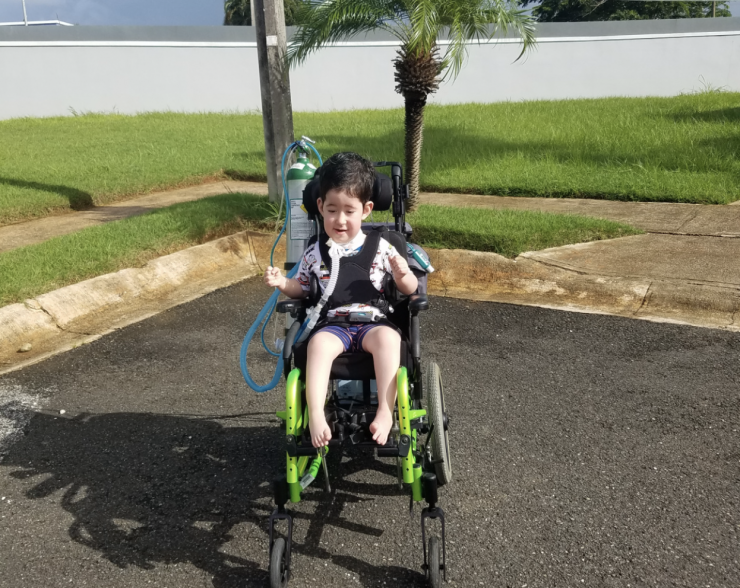 Pablo drove to the only radio station still broadcasting and sent out a plea for more oxygen tanks for their son. “Not long after, someone showed up with a half-full tank of oxygen to give us,” Sara told us. “And it was enough to keep him alive until we could get more.”

If you’re trying to keep track, Thiago has now survived a traumatic birth, four cardiac arrests, risk of power failure while vent-dependent, depleted oxygen, and one of the strongest hurricanes in Puerto Rican history. 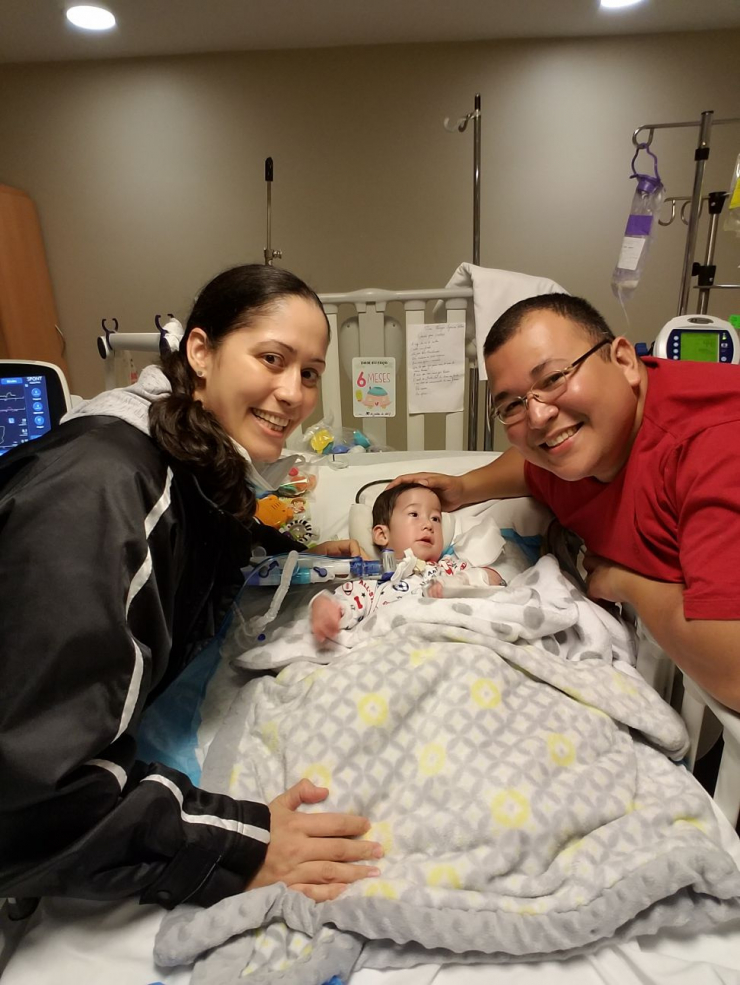 Somehow, that wouldn’t be all he survived.

In the days and weeks following the disaster, a new threat emerged. For starters, the entire country was without power - it wouldn’t return for 90% of the island’s residents until two months later.

That meant nearly everyone was running a generator and coupled with decaying animal bodies, crippling heat, and the smell of gas from all of the generators, Thiago got sick. 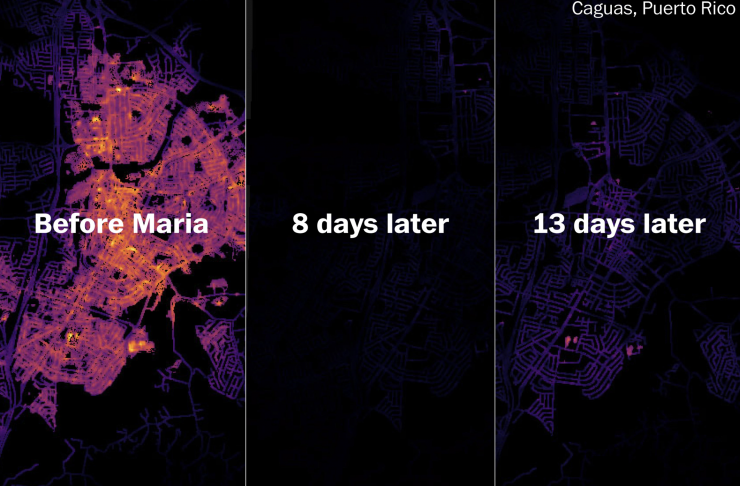 He was in terrible shape, so Pablo and Sara rushed him to the hospital. “The power was off there, too,” they told us. “And the staff said, ‘Don’t let him die here - let him die at home.’”

Thanks to another miracle, more good samaritans showed up at their house and helped get Thiago to a different hospital - San Jorge Children’s. He ended up staying for 56 days in the PICU, fighting for his life.

While he survived, once again - more conspired against them. 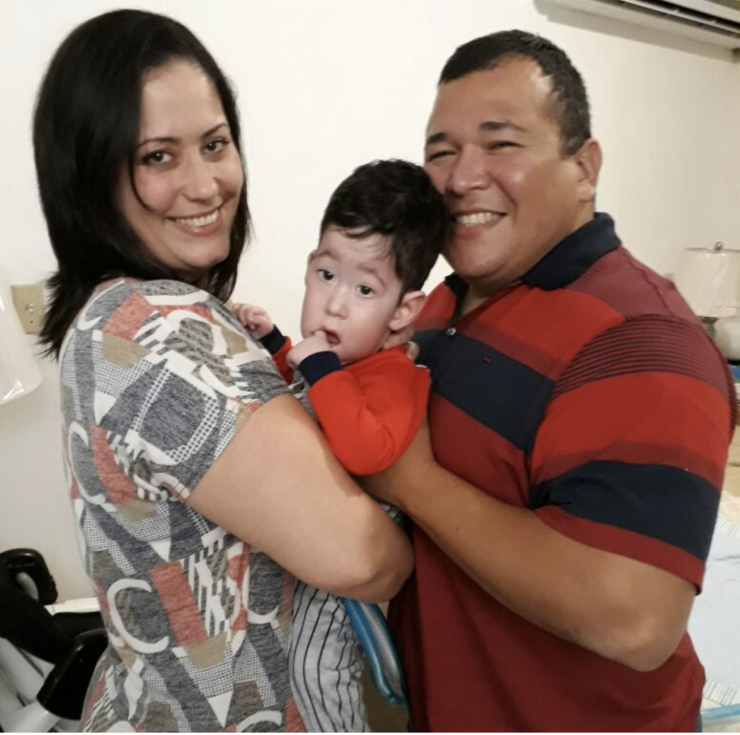 When Thiago was almost three years old, they received his diagnosis of X-linked Myotubular Myopathy, and while it was a relief to have a name, they were devastated because of the great risk of death to their son.

It was hard to comprehend because he’s like a typical kid in so many other ways. Thiago loves dinosaurs, singing and dancing, and is incredibly funny and bright. He’s fluent in Spanish, Portuguese, and English, so he can make you laugh in three different languages. He’s really a special kid. 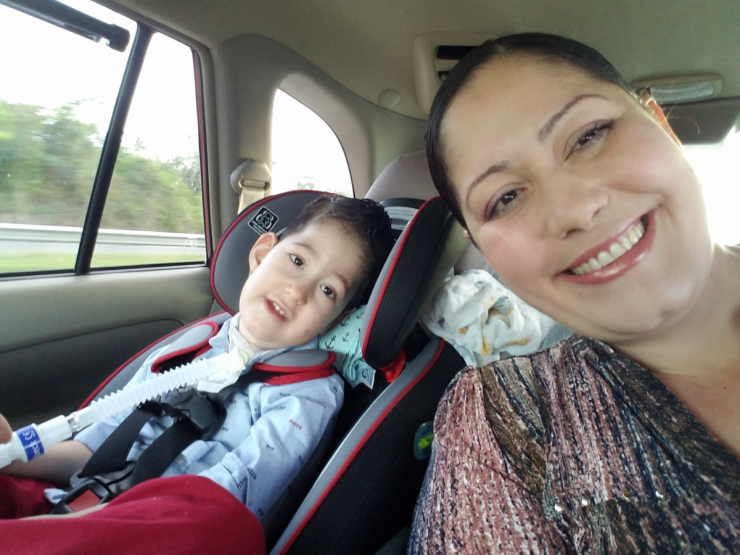 “But Puerto Rico was a very difficult environment for a child dependent on high technology,” Sara explained. “After Hurricane Maria, we went months without water and electricity, experienced earthquakes, the exodus of almost all of Thiago’s doctors, chaos in hospitals, and eventually, a pandemic. We had to travel more than three hours each day to get to medical appointments and therapies. It was very hard.” 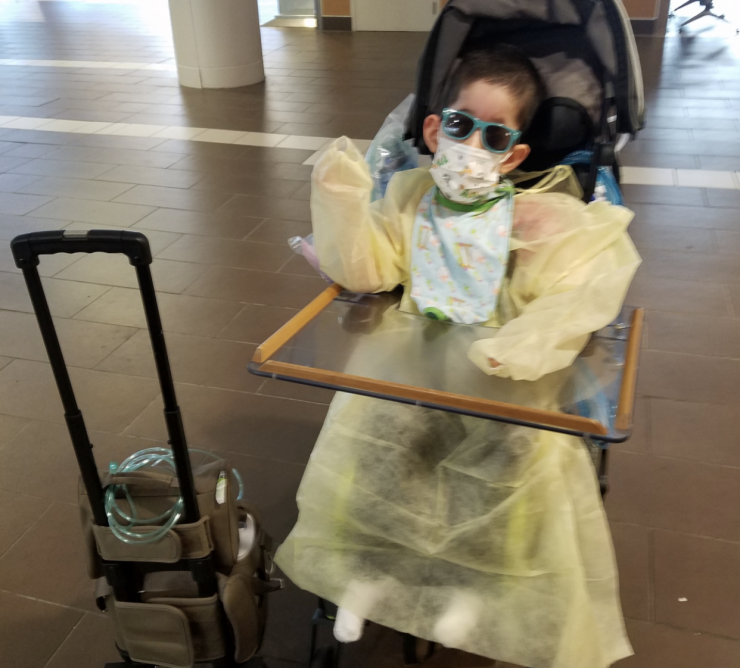 “In 2020, my husband and I decided it was best to leave everything behind and move to the USA. While I was alone with Thiago, and pregnant with our second child, Pablo traveled several times to the states and performed numerous tests to enter the police force. Finally, less than a month before our second child was born, we received the news that he had been accepted into the City of Gainesville-FL Police Department,” said Sara.

On September 6, 2020 - nearly three years to the day since Hurricane Maria - Pablo, Sara, Thiago, their one-month-old baby, and their family dog boarded a plane from San Juan, Puerto Rico to Orlando, Florida. 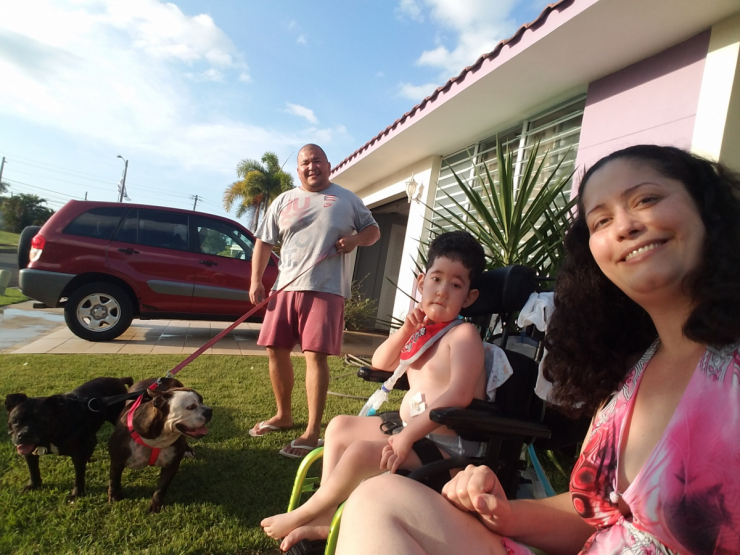 And while life in the US is “lighter and more practical” (as Sara described it), they still face many difficulties.

Thiago is five years old now, but he’s the size of a 9-year-old child. In addition to his physical size, he has severe hypotonia (low muscle tone) which makes it even more difficult to transport him. 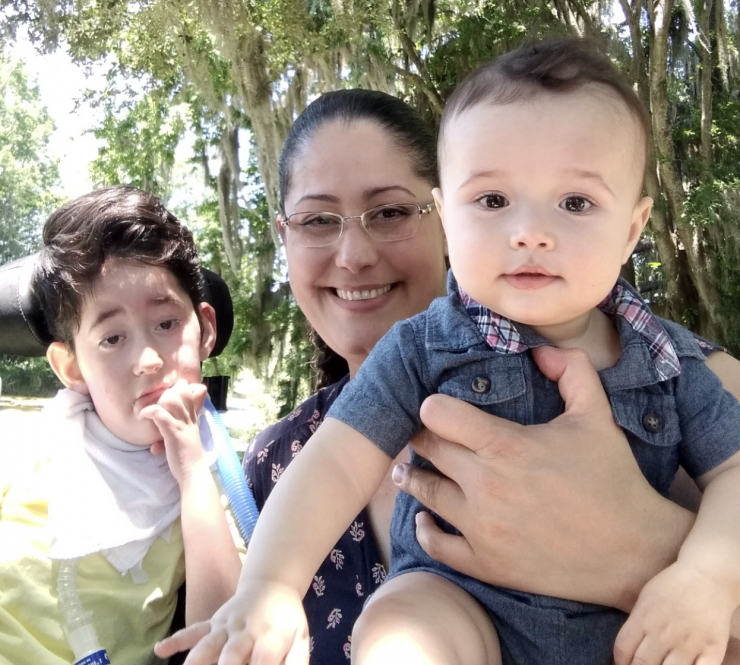 Then, unexpectedly, Sara was also diagnosed with the same condition as her son and has begun experiencing symptoms herself, including decreased strength.

Add it all up and you have the perfect storm for a transportation nightmare (no pun intended). 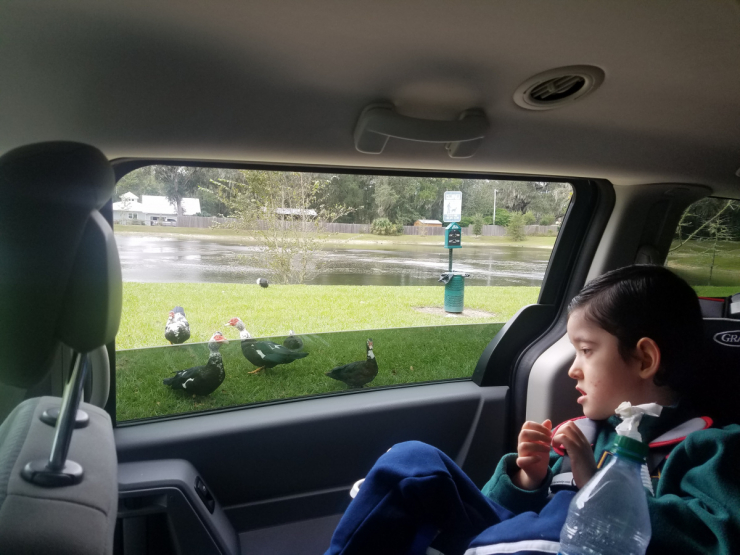 One day, Sara was shopping at Costco and saw a man getting out of a wheelchair-accessible van in the parking lot.

“I walked up to him and said, ‘Where did you get that van?’ And he told me about Chive Charities. He pulled the website up on his phone and once I saw all of the stories, I said, ‘Oh my gosh, that’s like Thiago! And I applied.’” (The man was the dad of one of our incredible past recipients, Belle.)

“When I got the approval message…it was like heaven to me,” Sara said. 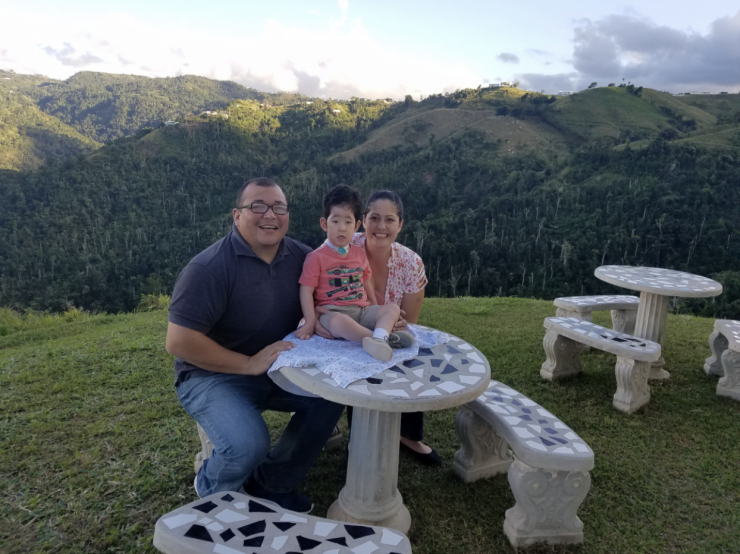 Thanks to our partners at AMS Vans, and incredible donors like you, they selected a white 2019 Dodge Grand Caravan for a total impact of $49,447. So long, transportation issues! Hello, freedom.

And, as you know by now, having reliable power is critical for the Pallone family. It’s what nearly brought them to their knees in 2017. Now, through the generous support of our friends at DuroMax, that doesn’t have to be a thought in their minds. They provided a generator to help support Thiago’s equipment and medical needs at no cost to the family.

For a family that has endured so much - and continued to find a way forward - you can bet they won’t take this van for granted. And if you’re still keeping track of all that Thiago has been through, just know that in the end, he comes out on top. Every time. 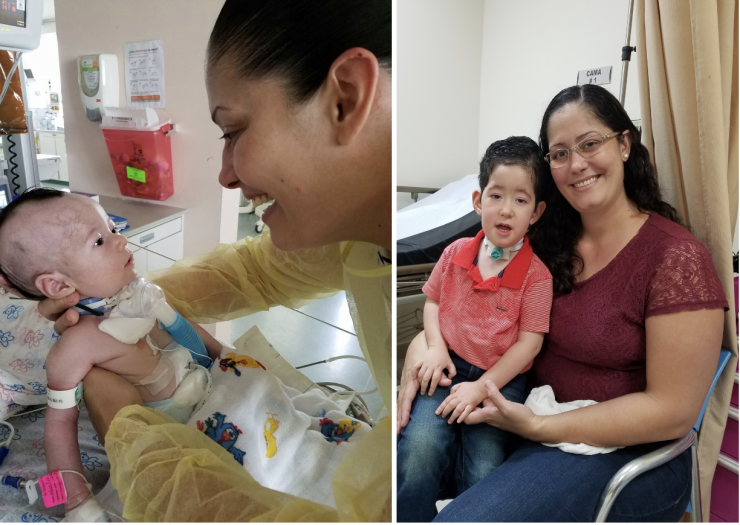 It’s not easy to face a storm, whether it’s the unfair hand life deals you or the real-life hurricane bearing down on your home. But when a community rallies to support those most in need, that’s when the true miracles happen. To you, it’s $10/month. To them, it’s a life-changing gift. For all those braving a storm, we need you. DONATE HERE.