On the road of life, there’s no time to look in the rearview mirror. 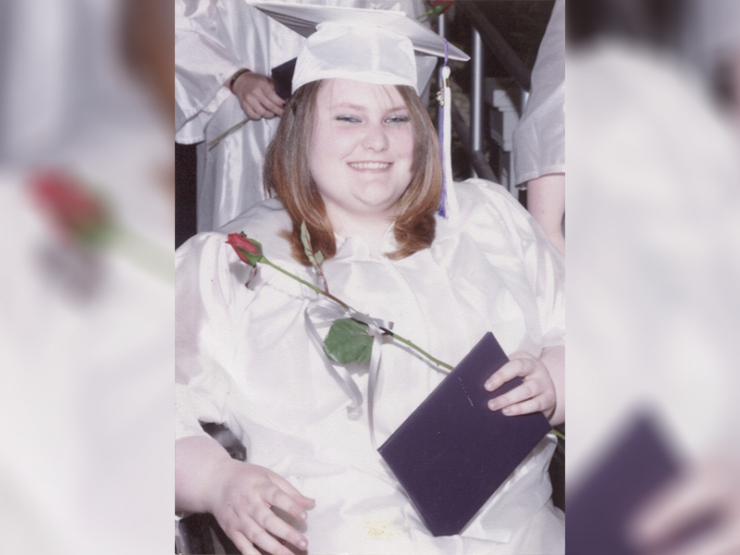 Sixteen year old Keshia opened the refrigerator door, the cold blast slapping her in the face as she stared at the vacant shelves; still nothing there. The family’s meager funds had stretched past their limits ever since her mother -her only caretaker- had a heart attack. Not knowing if the electricity would shut off at any time, Keshia wheeled over to her schoolwork to finish studying. No matter what, she was going to finish senior year on time. 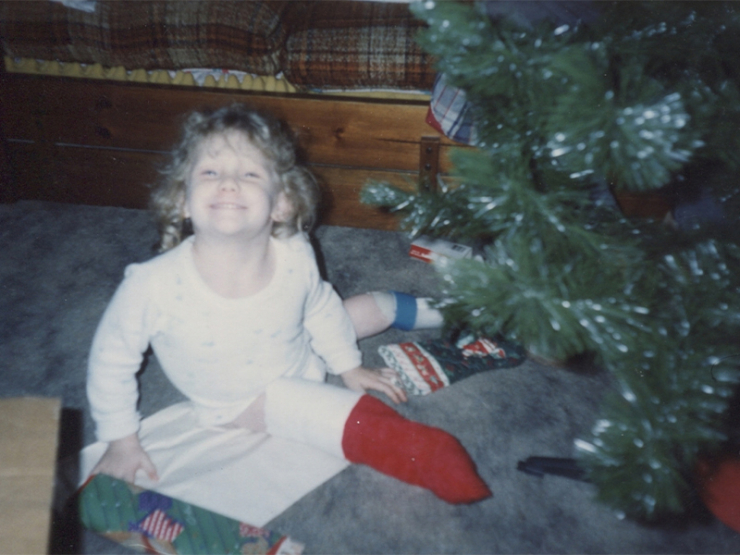 Keshia was born with Sacral Agenesis. Due to an underdevelopment of the bottom part of her spine, her legs were in unnatural positions at birth; one fused across her chest and hooked behind her head, while the other was stuck in a bent position. While surgeons were able to work her legs into a normal position, Keshia did not receive the further medical care she needed. 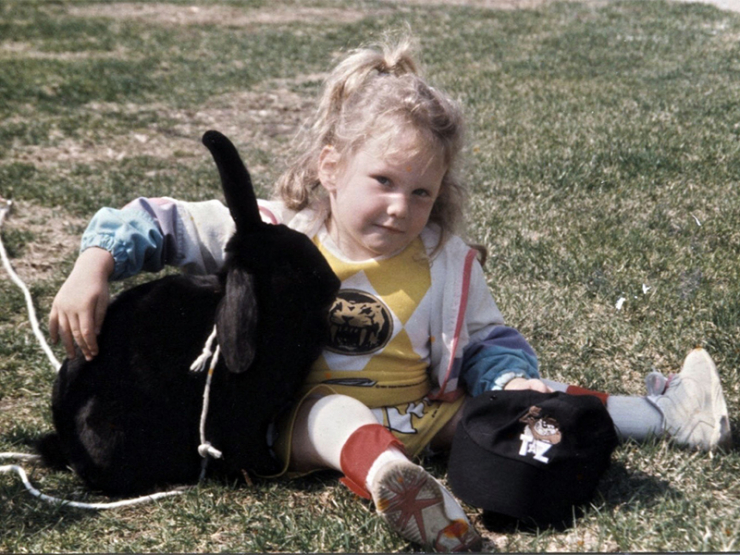 Because of this, her condition only worsened. Everything came to a head on Keshia’s sixteenth birthday. While other people her age were getting their driver’s licenses, Keshia was being rushed into emergency surgery to remove calcium stones from her genitourinary region. She went into the surgery having limited use of her legs; she left surgery as a paraplegic. 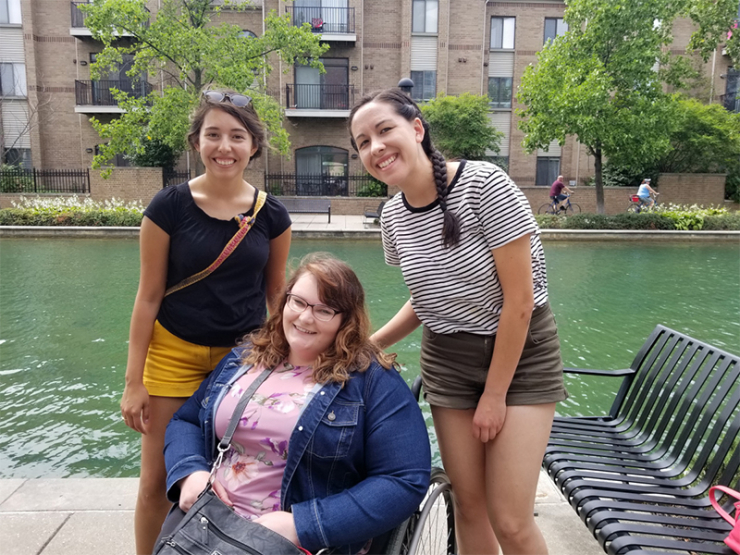 Waking from a haze of anesthesia, Keshia was told about what went wrong. On her sweet 16, her whole world flipped upside down. Her dreams of becoming a doctor, hell, of finishing high school, suddenly felt all the more intangible. 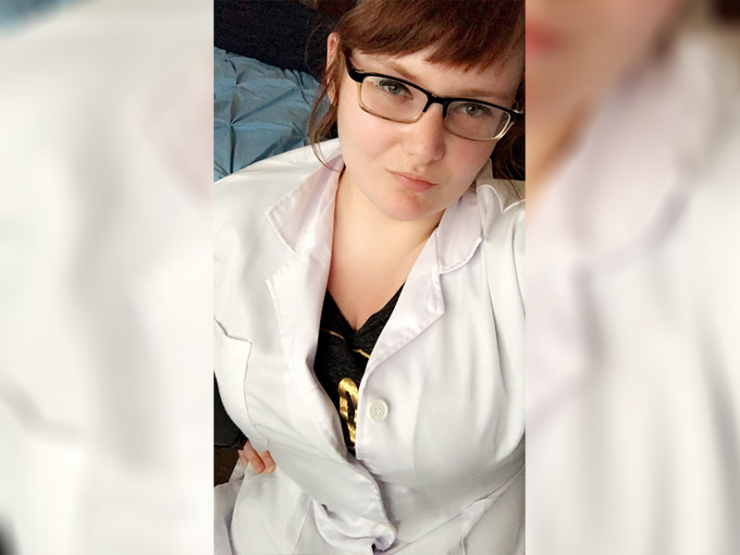 If only teenage Keshia could have seen a glimpse of her future. What she would have seen is a strong, determined, empathetic young woman. A young woman who completed high school, and will receive her undergraduate degree in Psychology with a Pre-Med track from Indiana University-Purdue University of Indianapolis (IUPUI) this May, and has had her research published in the Journal of Social Issues, and then plans to one day go to medical school. 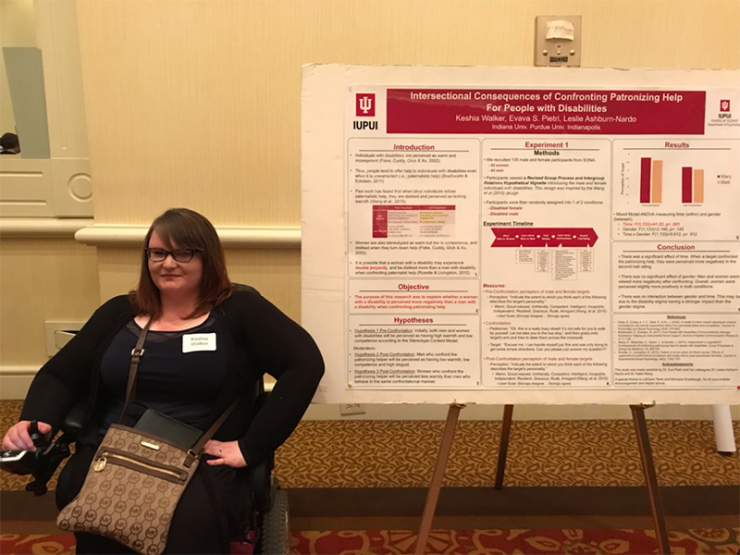 She would have seen a person who has dedicated her life to speaking out for others through her work, and is changing the lives of people just like sixteen-year-old Keshia - people with medical conditions who may not be receiving the care they greatly need. 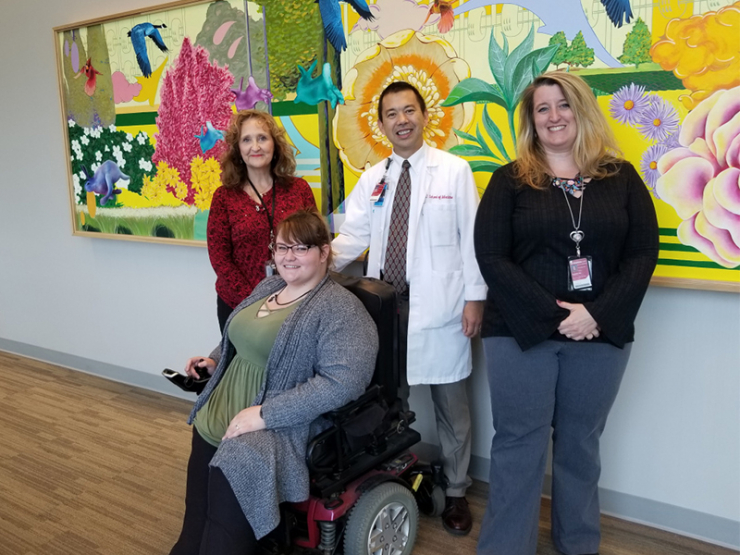 Before Keshia heads to medical school, she plans to gain real-world experience by working with people who have conditions similar to hers, either as an advocate or a career consultant through EasterSeals Crossroads. 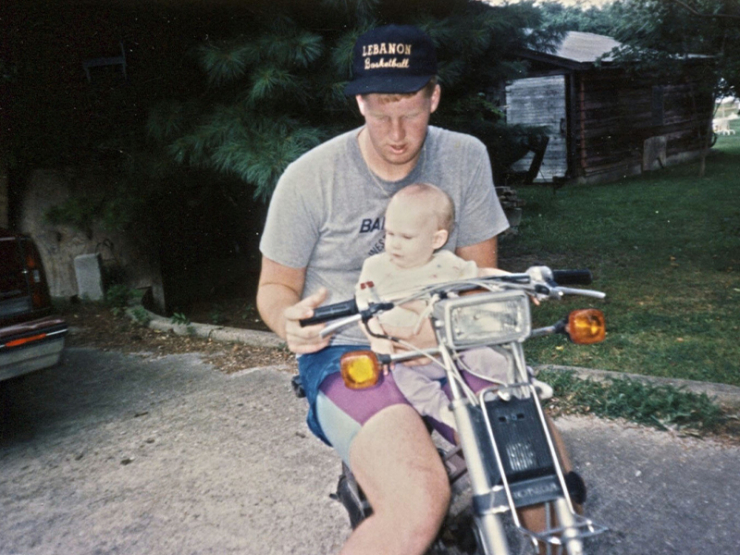 Keshia has overcome obstacles that many would find insurmountable. She lost her dad in 2014, then lost her mother unexpectedly in 2018 while she was taking summer courses. The grief and logistics forced her to withdraw for two semesters. But if there’s one thing that is apparent in Keshia’s story, it’s that she never gives up, only adjusts. 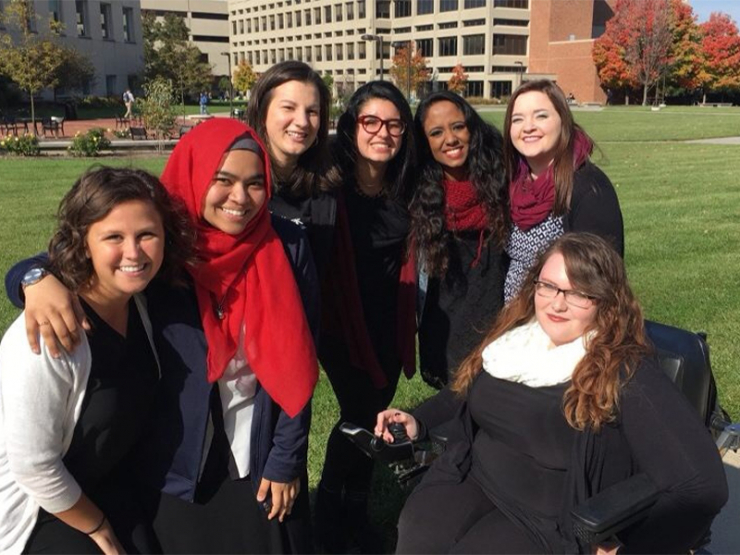 There is one thing she’s ready to give up, though: relying on other people for transportation. As we know, while most people were taking driving lessons, Keshia was adjusting to life in a wheelchair. This means that in her adult life, she has had to rely on a transportation service to get to-and-from classes and, soon, work. “Rely” is a term I use loosely. The proper verbiage would be “hope that it actually shows up and doesn’t leave her stranded on campus”. 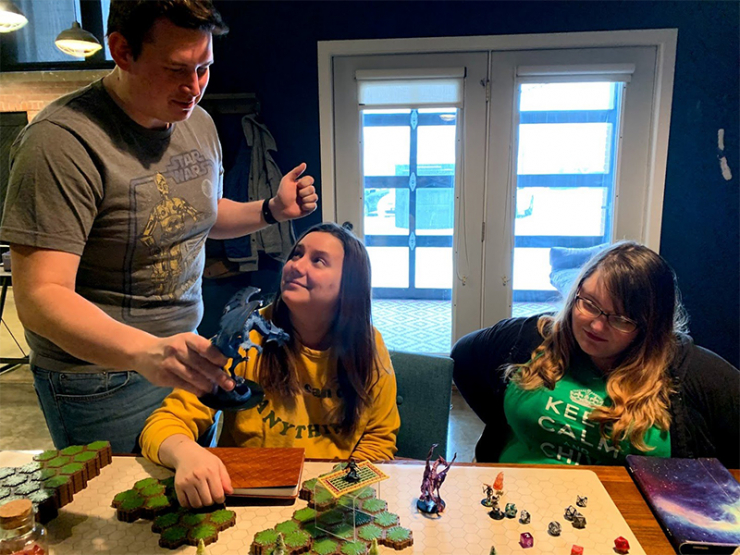 While Keshia has had an amazing support system in the form of her classmates and professors, she was ready to take a huge leap towards her own independence. That’s why she practiced for months and, this week, received THIS BABY in the mail: 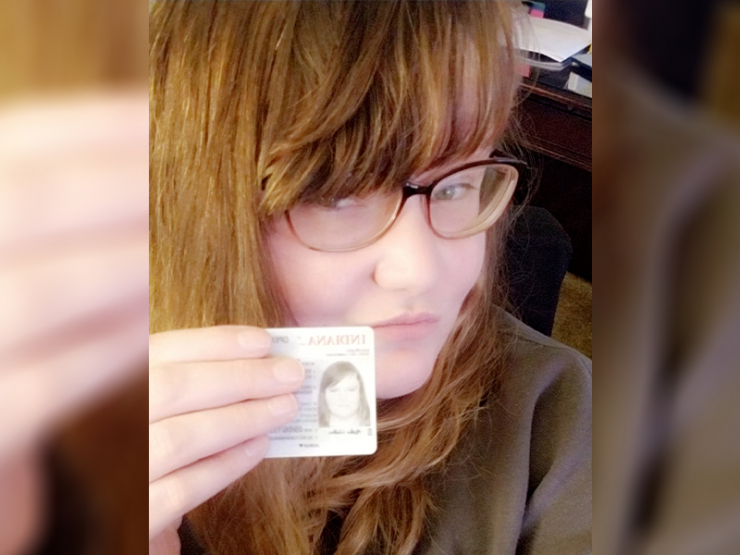 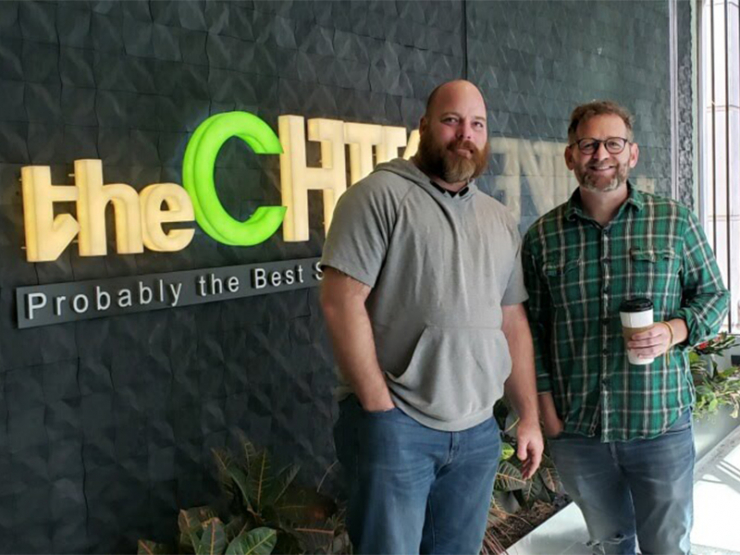 Keshia’s friend Ryan, an avid Chiver (pictured here with some guy who’s always hanging around the office) suggested she apply to Chive Charities to help her get the wheels she so desperately needed. Well, thanks to the incredible Chive Charities family that leaves no underdog unheard, we were able to get her an accessible van from the masters of conversions at Vantage Mobility International! 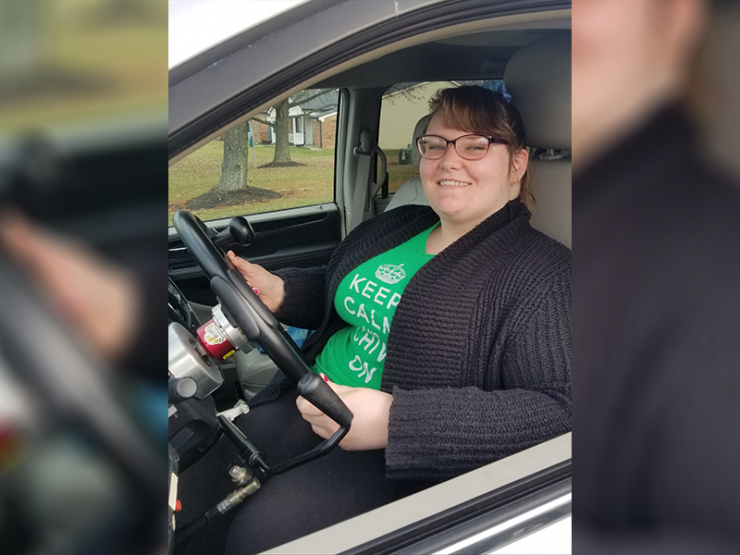 No more feeling unsafe or deserted by a bus service for her. No more missing doctors appointments. Transportation was the most major hindrance in her life. Now, she has her destiny in her own hands-- literally, she will be driving using hand pedals. This souped-up van also has a handbrake extension, swivel seat,  special spinner knobs, and a blind spot mirror. 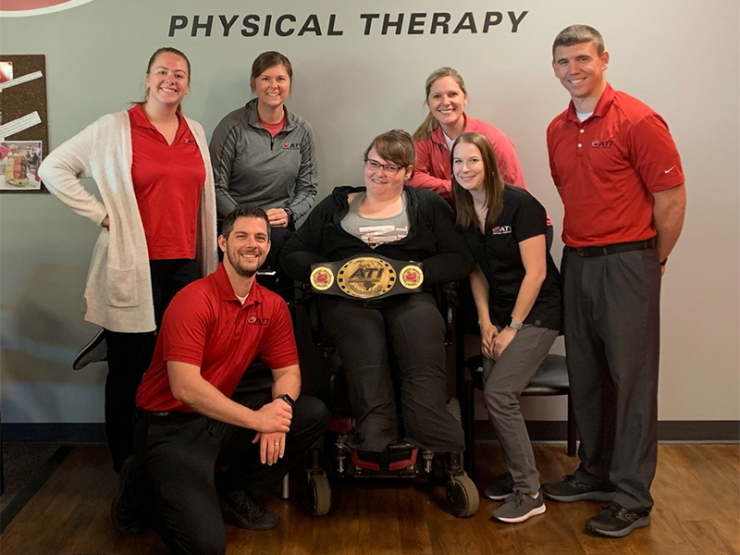 As Keshia opens the door of her new van, bracing herself in the Indiana winter, memories of the darker days of high school come flooding back. Keshia is leaving those times in the rearview mirror; ahead of her now is nothing but open road, and we can’t wait to see where she will go next. 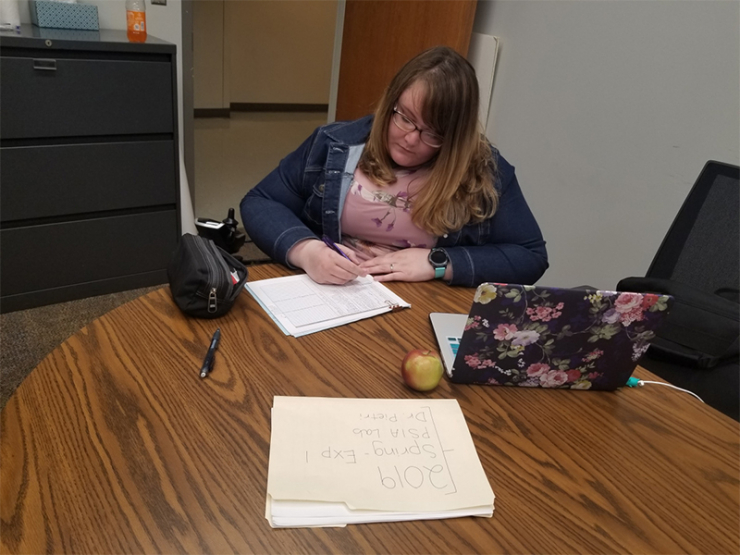 In case you didn’t know, that $20 or so you donate each month to Chive Charities is the sole reason we were able to change Keshia’s life like this. When lots of people with a heart for giving come together, AMAZING things happen. If you haven’t donated yet, there are tons of ways to do it, including giving directly through your paycheck through the CFC if you’re a federal employee. However you give, whatever you give, it makes all the difference in one person’s life. Make the difference with us today, right HERE.