Without saying a word, Poppy speaks to the heart of a nation

Without saying a word, Poppy speaks to the heart of a nation

Certain components of Poppy’s personality are just that - her personality. Others are side effects of her rare diagnosis, Angelman Syndrome. For example, she does not recognize the concept of strangers, to her – everyone is a friend. This is admirable, and if more of us subscribed to this particular ideal we’d probably live in a much happier world. But it’s also worrisome. Children with Angelman’s don’t fully understand danger, leaving them vulnerable to bad situations. Other symptoms of this rare disorder include the sleep deficiency that keeps Poppy up most of the night, excessive smiling and giggling, low muscle tone, delayed development, and speech impairment.

Balancing Poppy’s desire for independence with her safety is not a problem specific to Angelman Syndrome. It is a struggle that speaks to all families that have children with special needs.

Now in their third year, Chive Charities has had the opportunity to help many families, veterans, and non-profits. Because they specialize in rare diseases, every story written gives a megaphone to the overlooked causes. This is a community of misfits – we know a thing or two about rooting for the underdog. Each time we give, we form an impenetrable bond. The number of assisted families now exceeds 100 and the network continues to grow, an undercurrent of compassion that weaves in and out of hundreds of lives across the nation.

It is because of this current that the lives of two families’ intertwined. Poppy met Caroline, a little girl with another rare diagnosis, CdCS. If not for the network that connects these families, the Newells and the Woodleys would never have met. And since both their daughters struggle with rare diseases, there is almost no one in the world who could empathize with their journey – except each other. 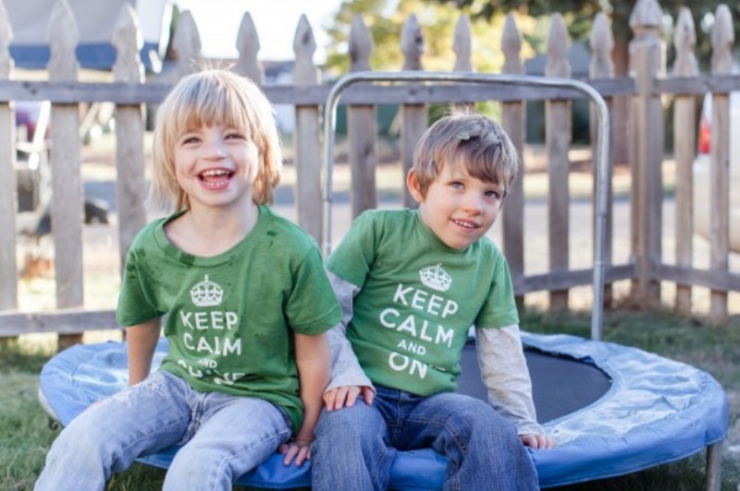 Poppy on the left, is BFFs with Caroline, right. Their families describe them as “inseparable.” The girls ride the bus every day together. They send each other selfies on their moms’ cellphones. They attend hippotherapy together and ride on horseback, side by side. The bond they’re forging as young girls will persist throughout their entire lives. 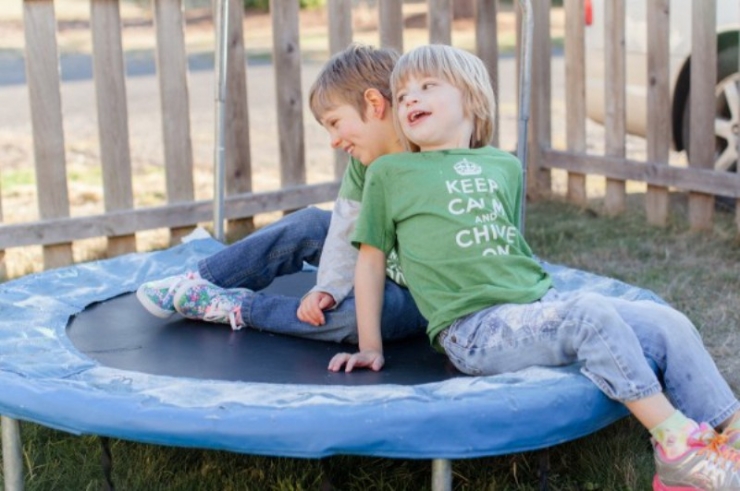 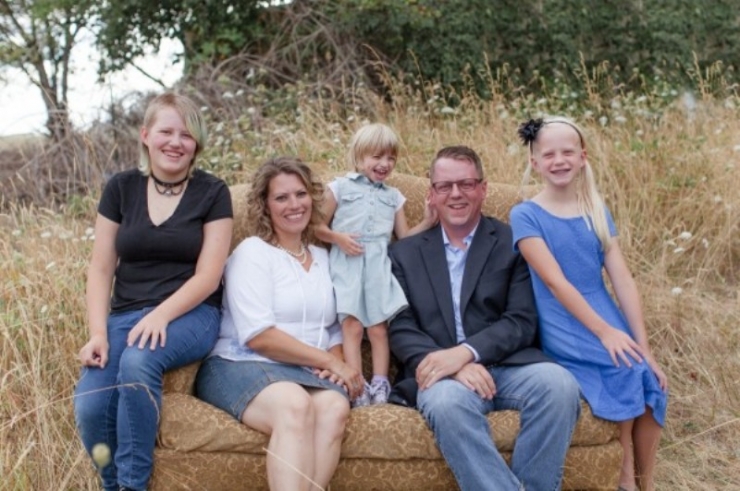 The Newell family, from left: Brialyn, 14, Megan, Poppy, 4, Tim, and Ainsley, 9. As Megan tells us, “Poppy loooooooooooves her sisters.” 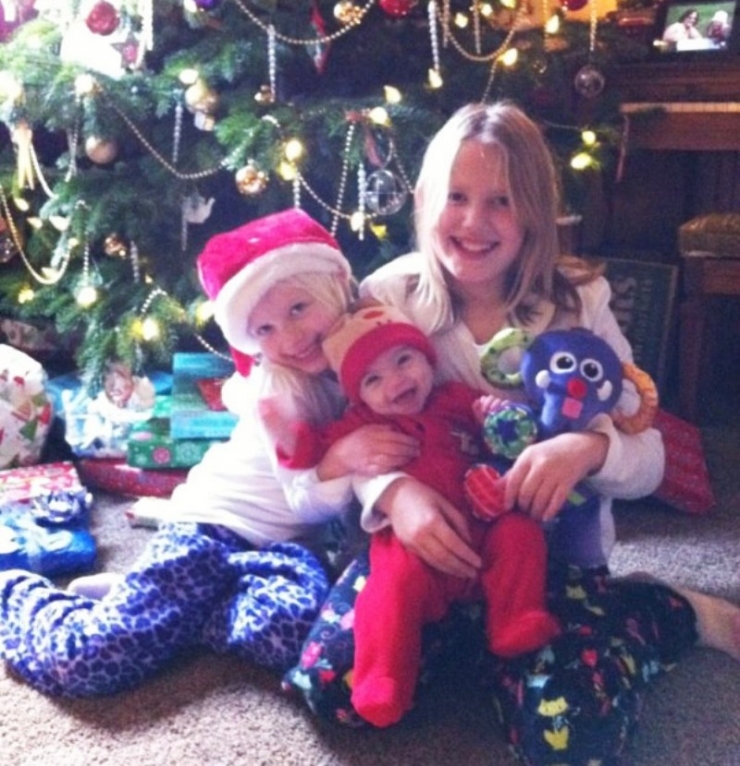 Indeed, Poppy is surrounded by a lot of love. The connection she shares with her two older sisters is something only the three of them can understand.

Ainsley, left, has taken on the maternal role with her younger sister. She is present at every Physical Therapy appointment and cheers Poppy on from the sidelines every step of the way. Brialyn, right, is the reason Poppy participates in equine therapy, which she loves. Brialyn loves horses and started volunteering locally, and slowly but surely, Poppy started warming to these huge but gentle animals. She’s now been doing it for 2 years. 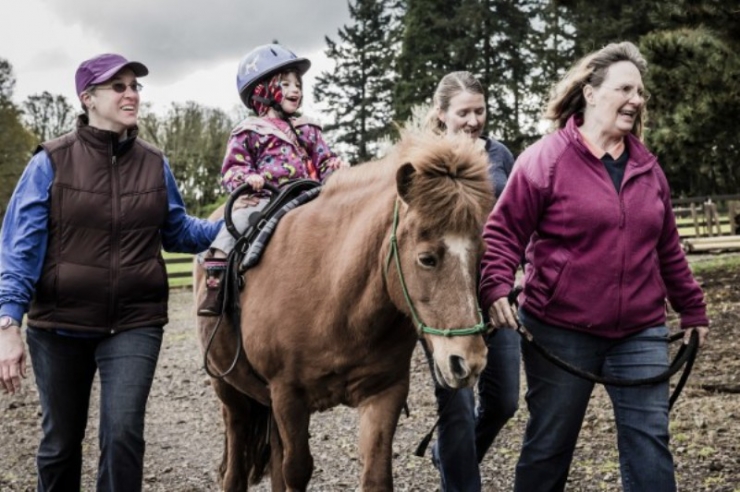 Because of her therapy, Poppy has gained “so much strength.” Riding horses greatly improves her core and her balance.

It is no coincidence that 6 months after she started riding, Poppy took her first steps. So Chive Charities is covering the cost of an additional 6 months. 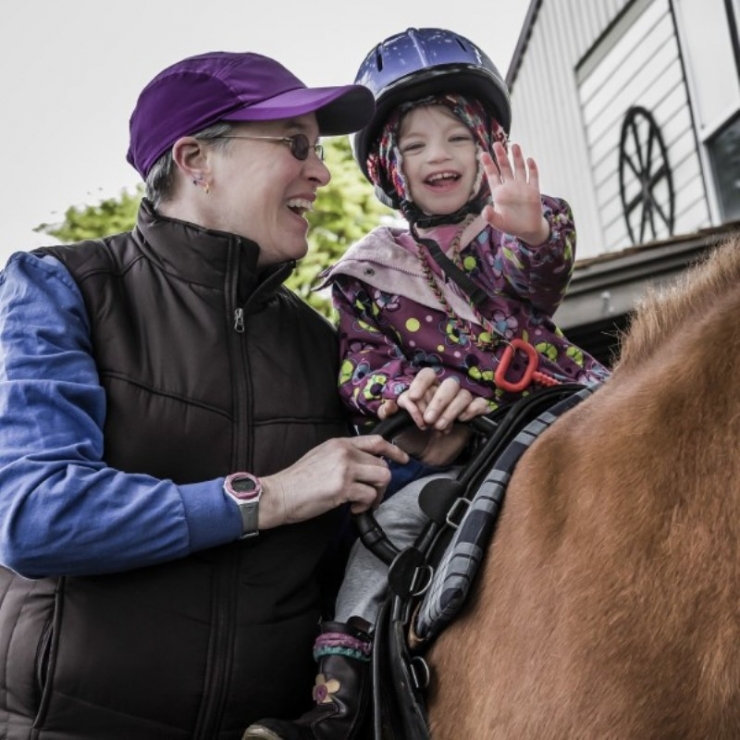 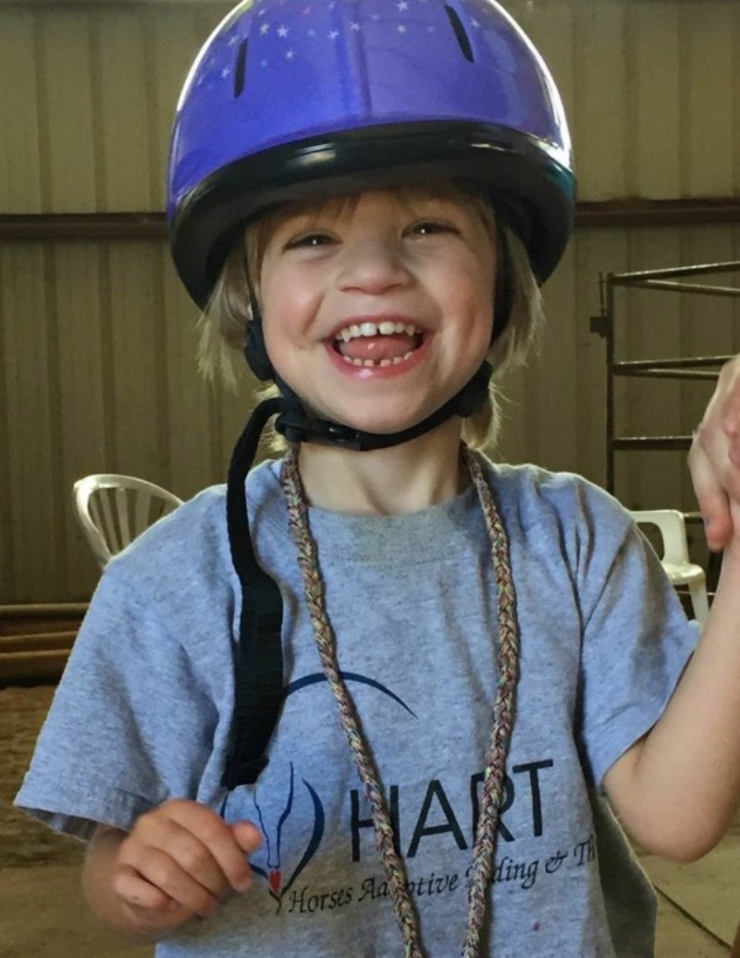 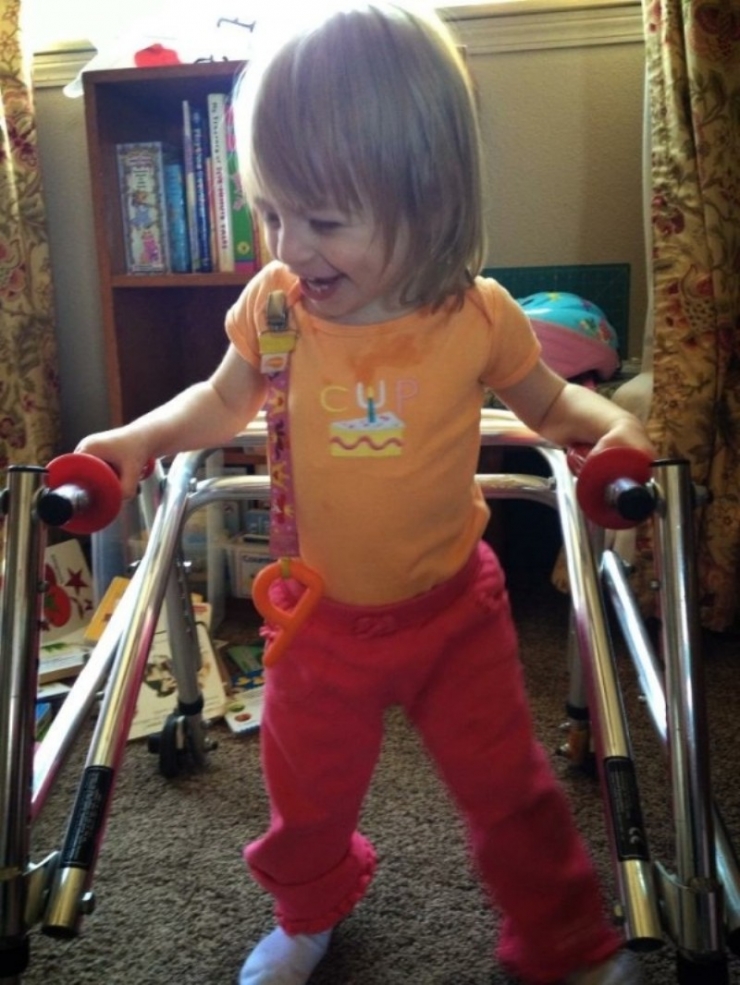 It wasn’t until Poppy was 2 years old that she was diagnosed. Once she was, her life changed forever. Because of Angelman’s Poppy will likely never speak or live independently. There is no cure for this disorder but there is an upside. Angelman Syndrome is not degenerative. Every time Poppy goes to therapy, takes a step, or learns a sign, she is building a foundation for the rest of her life. This means that every single day, Poppy is growing stronger. 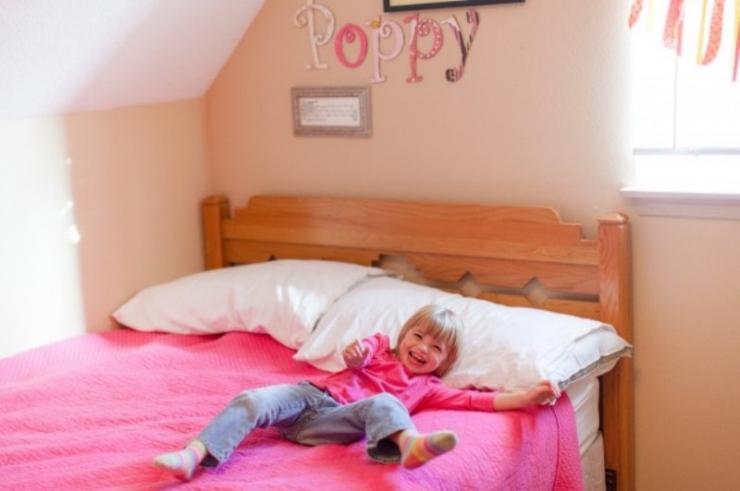 Caroline’s parents encouraged Poppy’s to apply for a grant from Chive Charities. Their lives were made a little bit happier and easier with the help of grant items from the Chive Fund. They knew Poppy’s life could still improve. And the $13,000 grant will cover the costs of a specialized bed to keep her safe, physical therapy equipment, an adaptive playground, and hippotherapy to keep her strong, and an iPad communication device to keep her learning.

The rest is up to Poppy. And something tells us, she’s excited for the adventure. 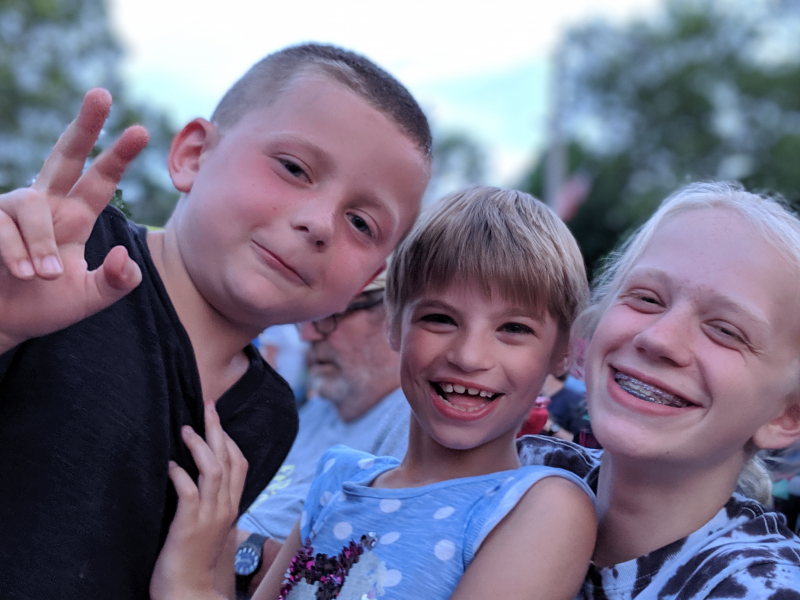 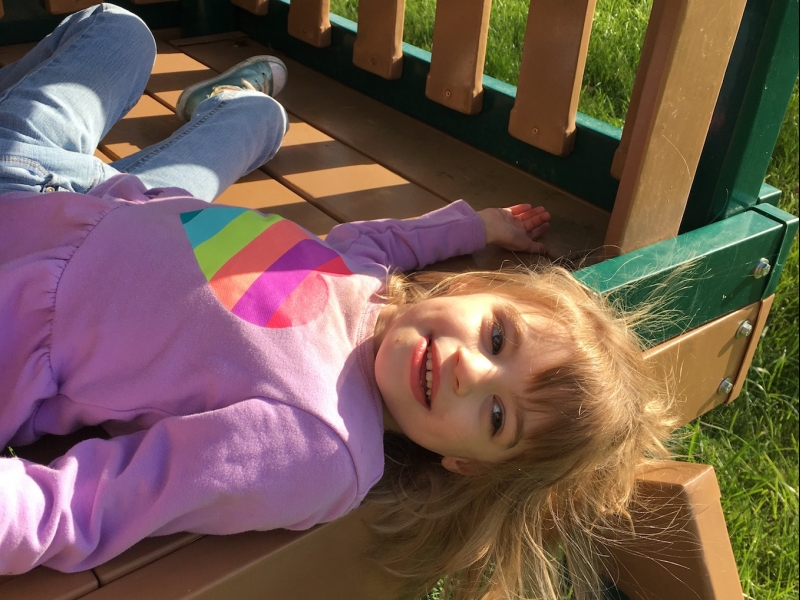 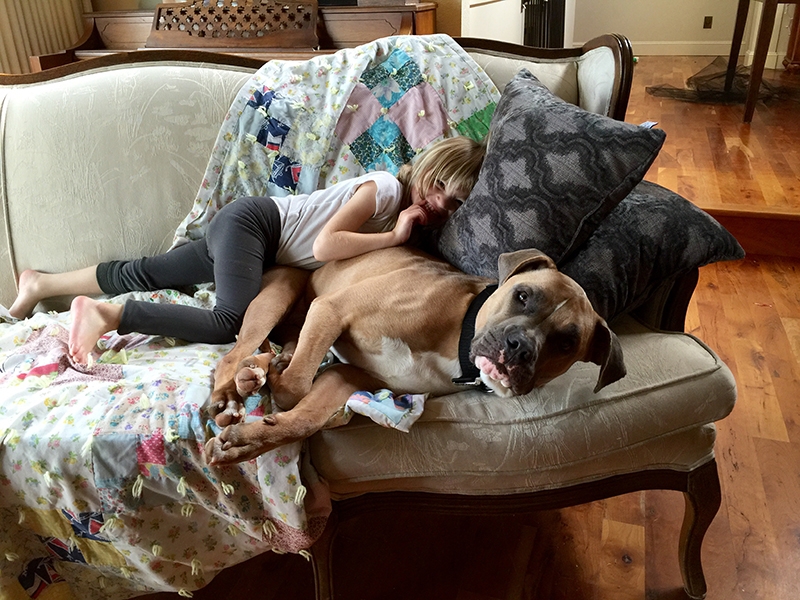