There’s an angel in Angela

In the 1999 movie, “Any Given Sunday,” Al Pacino delivers one of the greatest sports movie speeches of all time. Part of the reason why his words are so frequently quoted — more than 20 years later — is because they’re so applicable to life, not just football or sports. “The inches we need are everywhere around us.” Indeed, they are. But only if you’re looking for them. 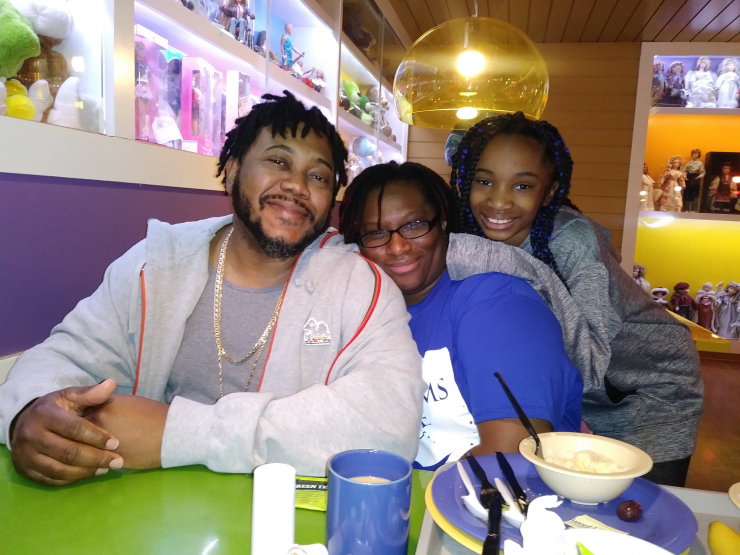 “Growing up in hardship inspired me to value achievement and learn the results of hard work,” Angela told our Chive Charities team. “Several of my caregivers had an enormous influence on my life, teaching me not to accept defeat and to rise above my circumstances through diligence, hard work, and perseverance.”

That focus and resolve paid off. Angela went on to have a successful and rewarding 17-year career in the banking industry and started a family of her own, raising her son Mekhi and daughter Mia. Inch by inch, she cultivated a new life for herself.

Mekhi was later diagnosed with Asperger’s Syndrome and Intellectual Disability, and as his mother and caregiver, Angela had an epiphany that changed the course of her life. 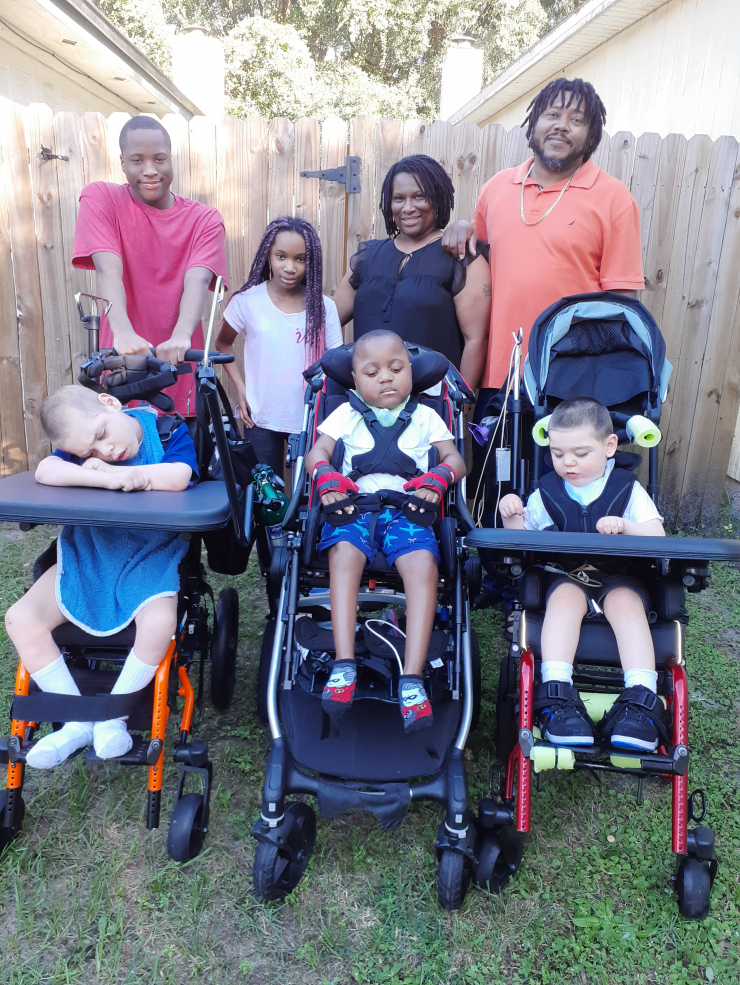 “While growing up in foster care, I had an advocate — someone who was a voice for me. Raising my son helped me to realize my own potential to be an advocate for those with special needs or who are underprivileged,” she explained.

Angela knew it was time to give back, pay it forward, and lead a life of selflessness. So, in December of 2016, she welcomed 4-month-old Michael McDonald to her home. 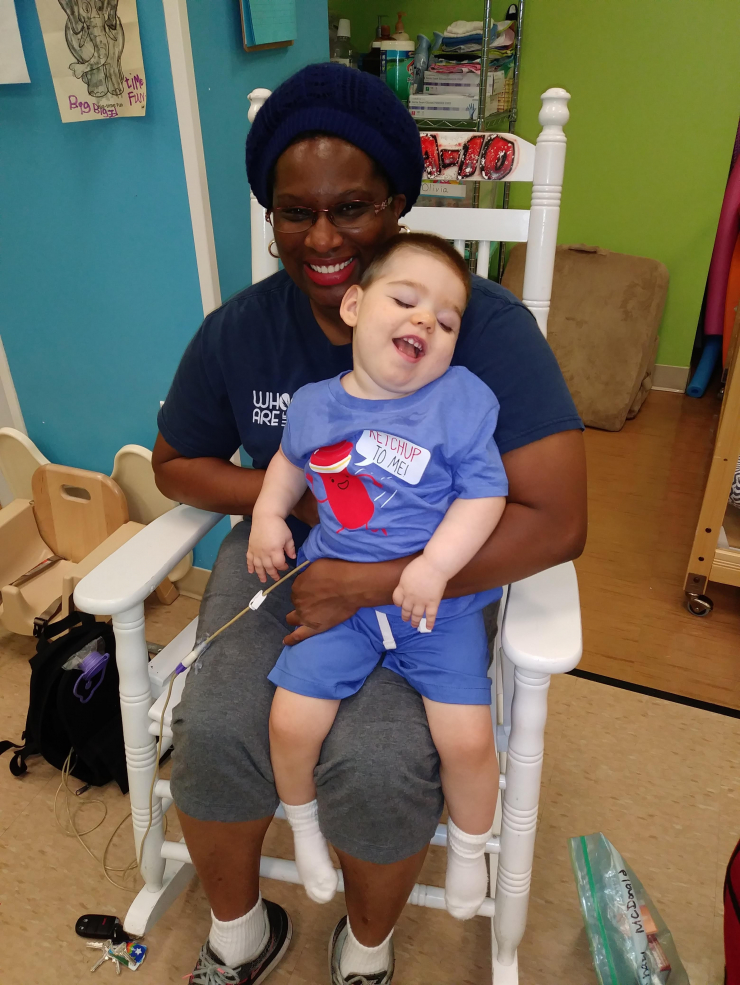 She lovingly refers to him as her “fluffy marshmallow,” but when she recounts the details of his story, it’s hard not to wonder if it’s her way of bringing a flash of light into an otherwise dark history. Tragically, Michael was born a happy and healthy baby. The victim of unspeakable abuse, he suffered a traumatic brain injury that left him permanently disabled and in need of lifelong care.

But, in direct contrast to his first few months of life, Michael’s experience with Angela has been joy-filled. Inch-by-inch, the light came back to his eyes. 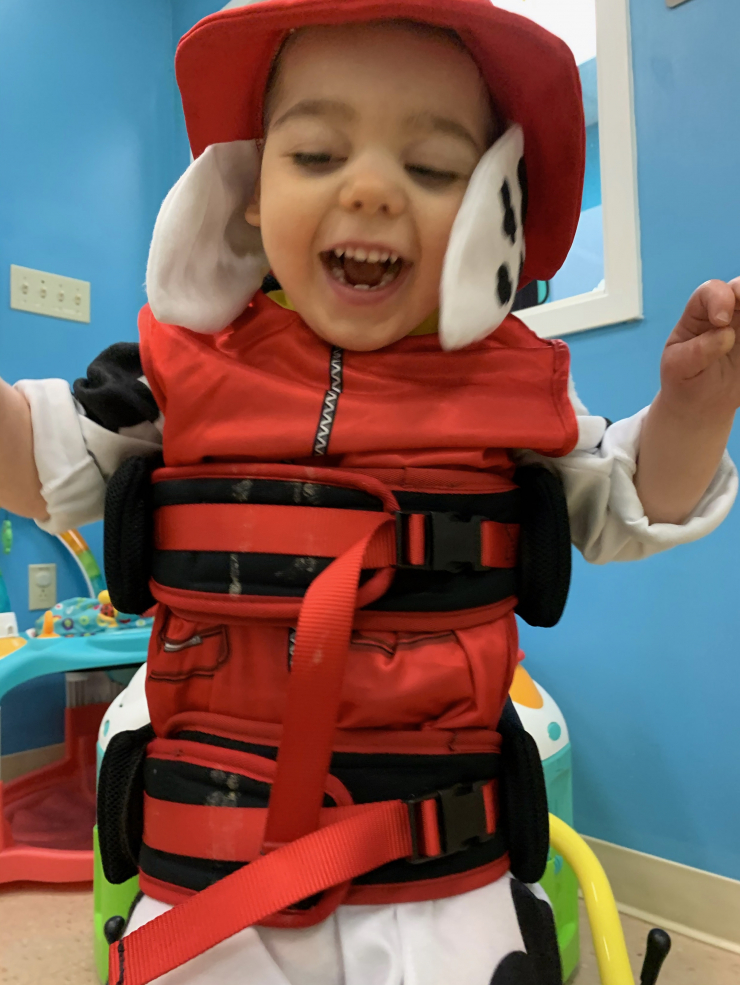 “He has a beautiful smile and bright, soulful eyes,” she told us. “He loves music and cuddling, is eager to interact with those around him, and has a willingness to show you the purity of his heart.”

Once Angela witnessed the change in Michael, once she saw the lasting impact she could have on another life, she knew he wouldn’t be her last foster child. 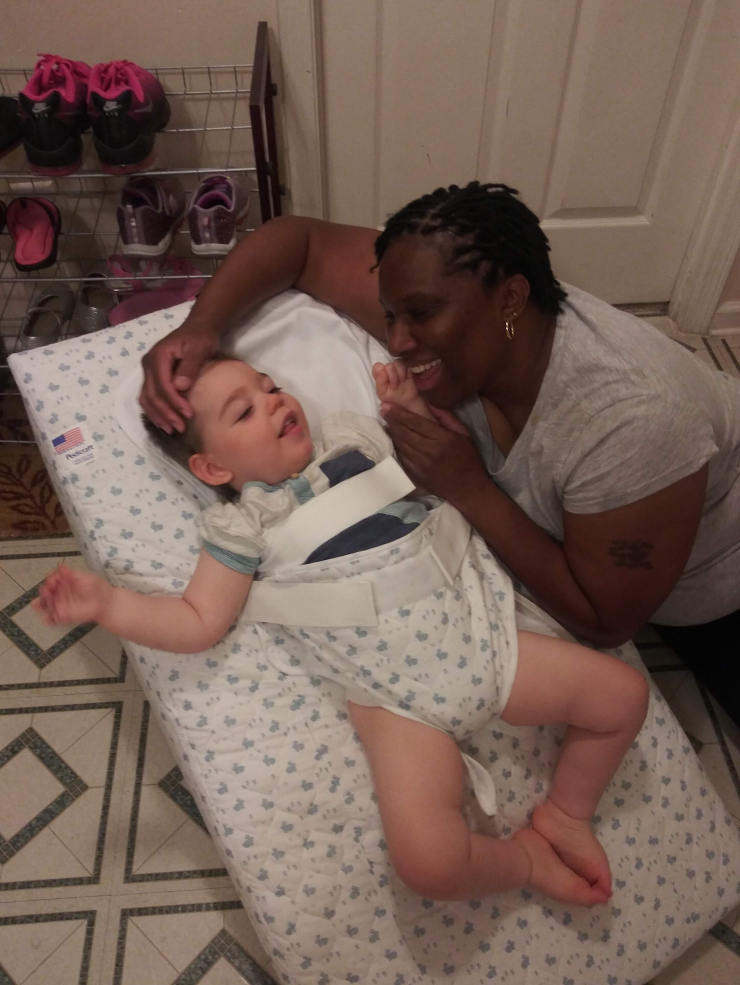 She probably just didn’t realize the next two would be back-to-back.

On April 3, 2020 and April 8, 2020, Angela became a mother again. The first was Isaac (“Izzy”), a 13-year-old boy with complex medical needs and a history of failure to thrive due to severe neglect. 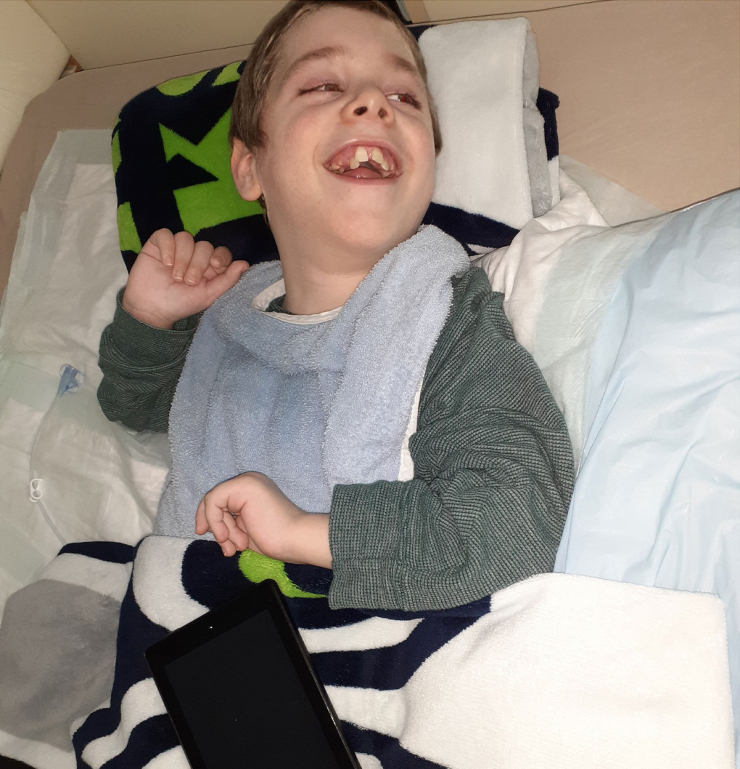 When he came through her doorway, he weighed just 29 lbs...at 13 years of age. With her love and care, he slowly inched his way to a healthier 52 lbs.

He loves interacting with his environment, but his absolute favorite activity is getting his head rubbed (who can blame him?). “He’s eager to let you know how much he enjoys it with his infectious laugh,” Angela said. 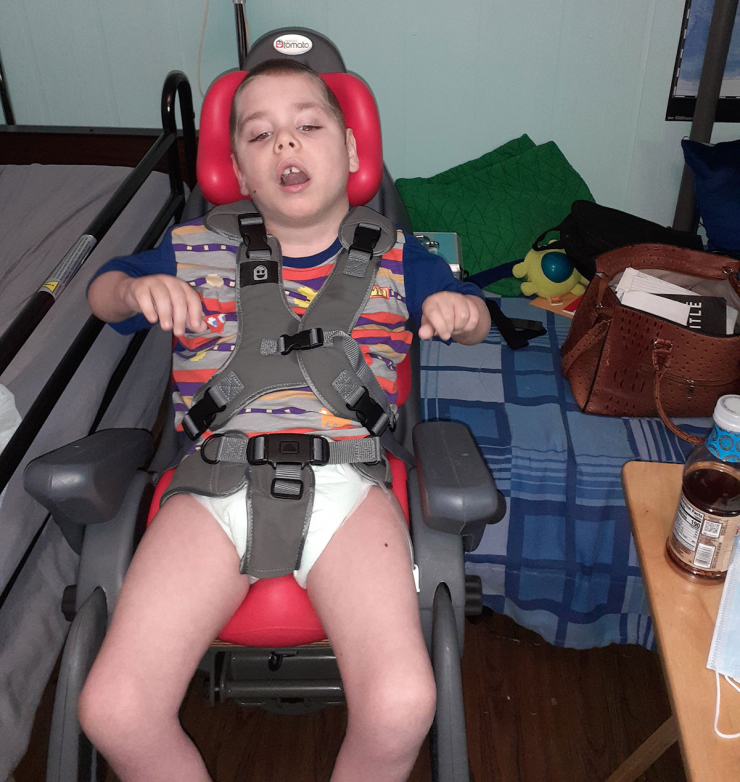 The second child she welcomed home that week was Kenny. This sweet 4-year-old immediately brought a new energy to the McDonald house. It was love at first sight. Sadly, Kenny was born with drugs in his system at 25 weeks gestation, weighing a paltry 1 lb., 10 oz. 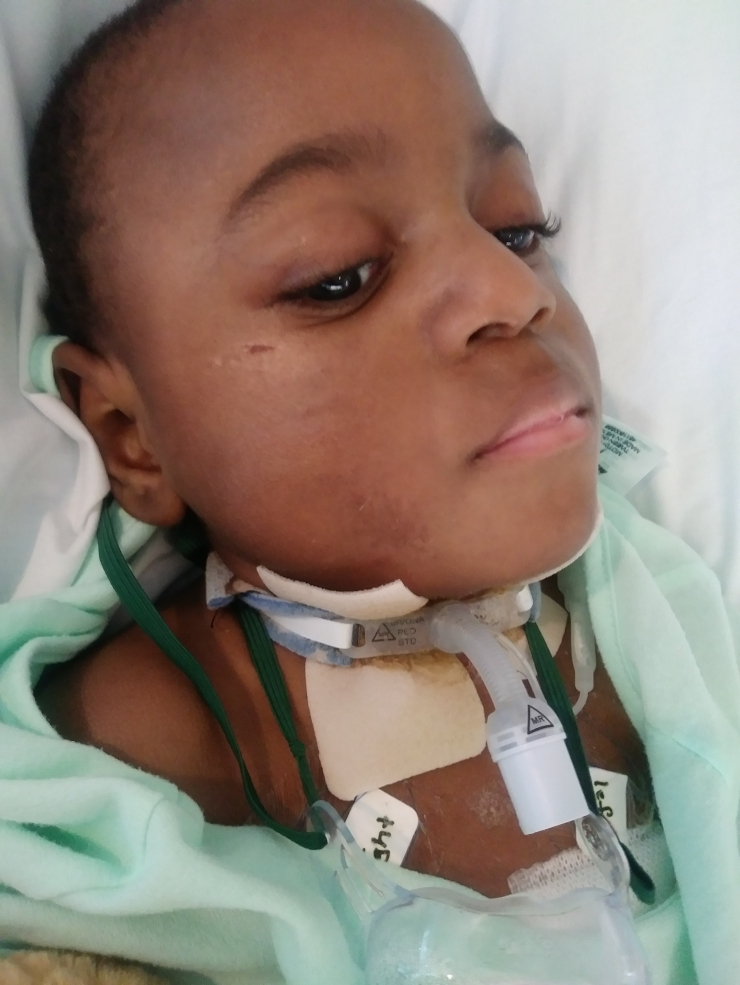 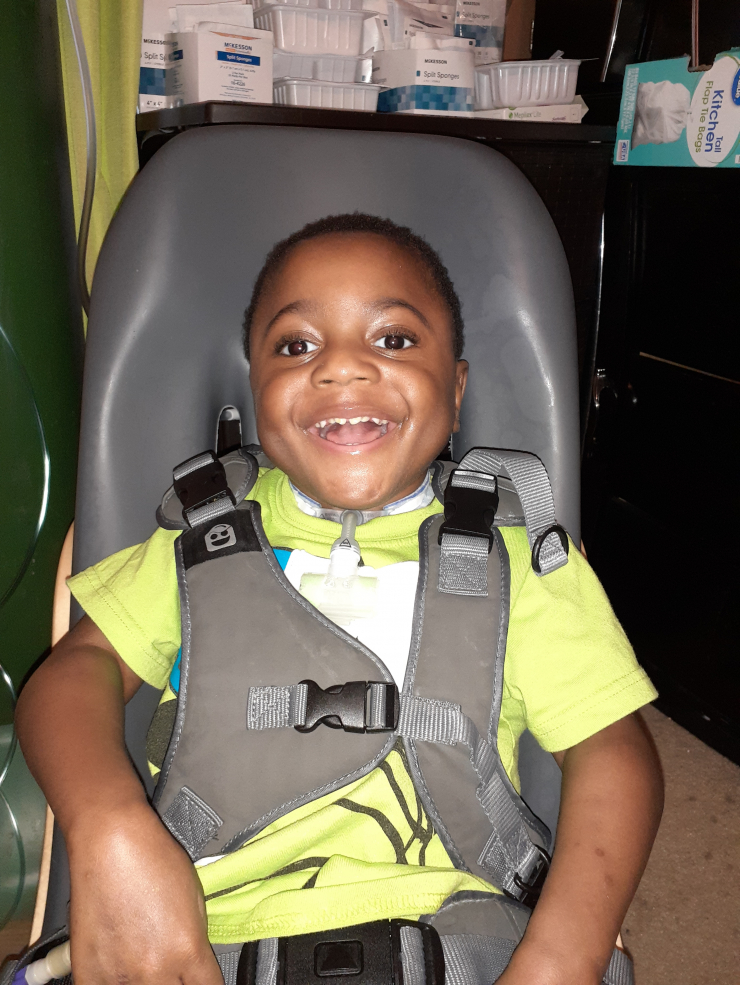 Typical boy, Kenny enjoys listening to a good baseball game with his nurse. Angela smiled as she told us about his spirit of peace and calm, and that no matter what life hands him, he just takes it in stride. One inch at a time, one day at a time. Just like his mom. 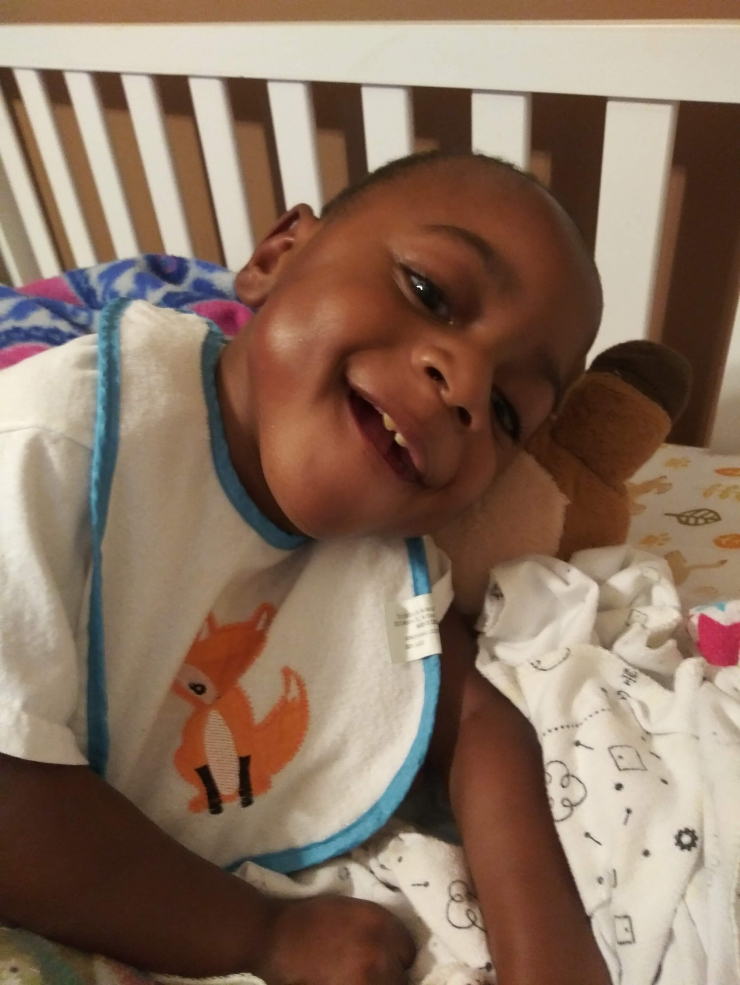 She tearfully told us that these three boys were so accustomed to neglect, they cried nearly all day and all night for the first few months that she had them. “All they want is someone to hold them close, or rub their back, or tell them that they’re loved and cared for,” she said. 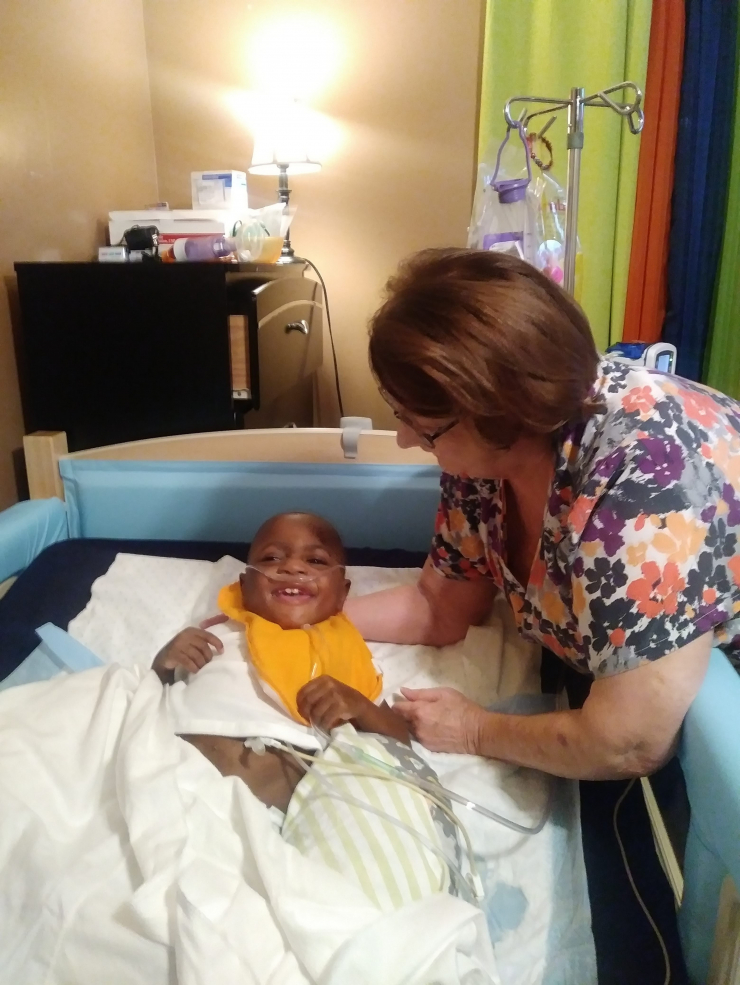 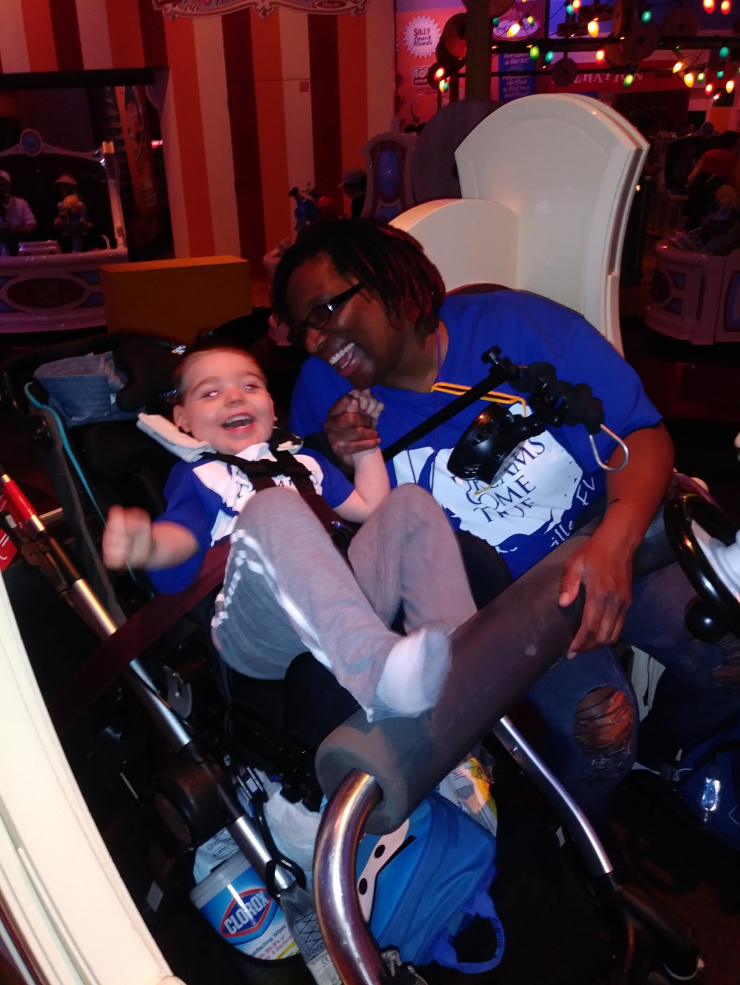 Ironically, Angela’s ask of Chive Charities comes down to the inches, too. The McDonald family does have a van - Betsy Gal, as she’s lovingly referred - but calling her safe and reliable transportation would be a total stretch. She’s hanging on by a thread. Even if that wasn’t the case, Betsy Gal isn’t equipped to handle three wheelchair-dependent children, let alone two other kids, two parents, and multiple nursing staff.

When Angela heard about Kenny’s needs, do you remember what she said? “I know he’ll get bigger, I know he’ll get larger, and I know he won’t get better.” Well, because of the support of our own team of miracle workers, our donors, Chive Charities was able to tell Angela that she was getting a new wheelchair-accessible van that will be bigger, will be larger, and will be better. 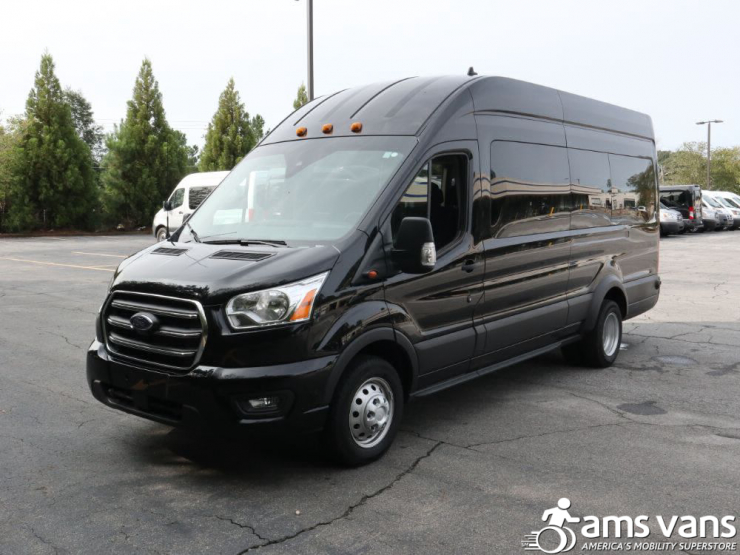 To celebrate the New Year, the McDonald family will receive a 2020 Ford Transit Passenger High Roof for a total impact of $59,998.94. Now, they can send Betsy Gal off with the farewell she deserves and usher in a new era with this beauty, including enough seats for the whole family and nursing staff. 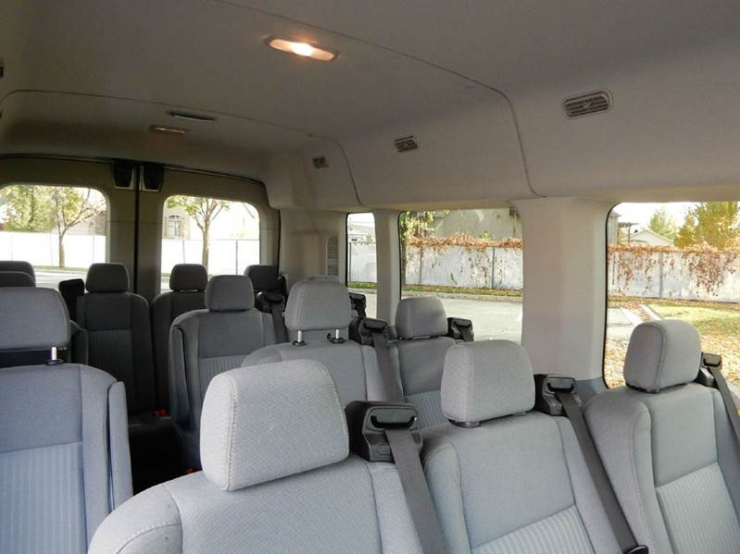 It’s an impact that’s difficult to quantify. At Chive Charities, we can't always eloquently state the effect our family of donors has on our organization and our recipients, either. How can we, when every dollar really does inch us forward?

We want to tell you that your $50 donation equals this thing that will change these lives. But it's bigger than that. A $10 donation can tip the scale and hit a goal. A $25 donation can help us purchase an ADA-accessible van. We use an average donation of $30 to make the world 10% happier. How's that for impact?

Inch-by-inch, our donors have helped us change more than 400 recipients' lives...and counting.  As we look back on a year that kicked our collective butts, as we think about Angela, and Kenny, and Izzy, and Michael, the inches are all we can handle. One day at a time. One soft touch at a time. One life-changing grant at a time. But, if life really is a game of inches, Chive Charities is ready to play. 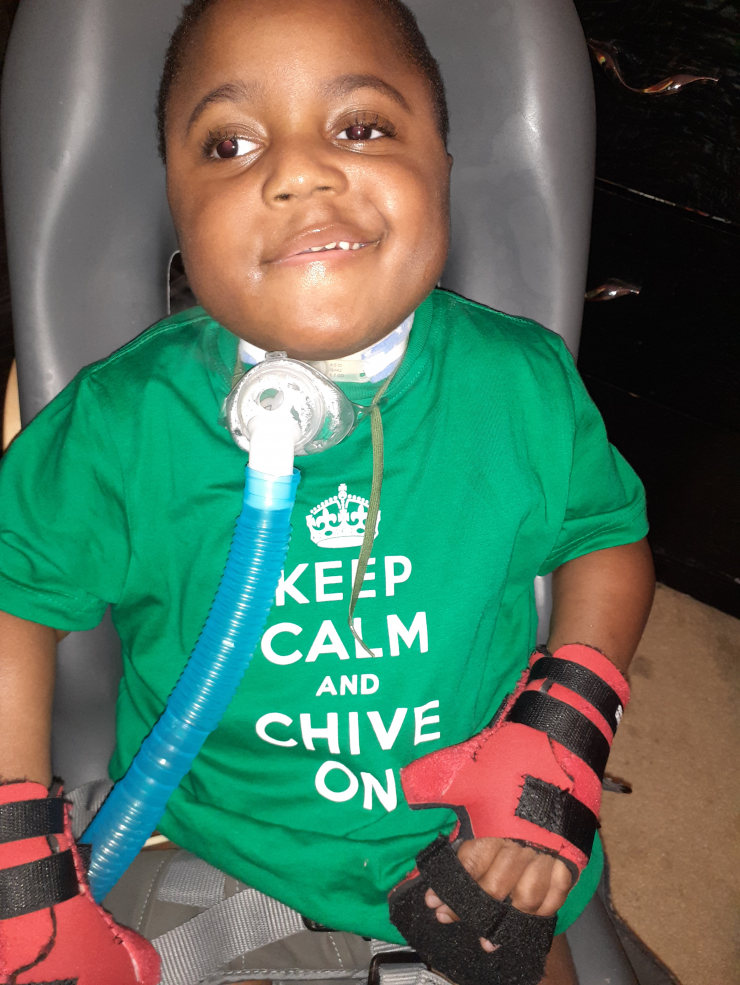 Like Al Pacino says at the end of his speech, you gotta look at the guy next to you, look into his eyes, and we think you’ll see a guy who will go that inch with you. We need donors like you. We need those inches. Now, what are you going to do? DONATE HERE.