Caroline was born on November 18, 2010. There was nothing unusual about Sarah's pregnancy. After she was born, the doctor sent Caroline home with a clean bill of health. The pediatrician did note that Caroline's head was a little "floppier" than usual and her last two toes were webbed. "We thought they were pretty darn cute," Sarah recalls.

When the Woodleys took their daughter home, she was having trouble feeding. She would struggle, choke, and spit up what little breast milk she was able to get down. At first they thought they were just experiencing typical first-time-parent worries. That was until Caroline started turning blue. Phillip managed to revive her and they rushed to the ER. Doctors taught the Woodleys how to feed Caroline through a special bottle and nipple. "She just eats like a preemie," they explained.

But feeding Caroline continued to be difficult. "Every time our hungry newborn wanted to eat, we were on high alert, listening for aspirations and swallows. I remember turning off the TV and shutting the doors so I could focus on the sound of her eating," Sarah recalls. Despite Sarah's best efforts, Caroline would choke multiple times. "There is nothing more terrifying than your newborn choking and struggling to breathe in your arms."

Caroline's weight began to dramatically drop. She was admitted to the hospital for testing. An endoscopy revealed there was nothing structurally wrong with her throat to account for the choking. Doctors concluded she must have some sort of genetic syndrome and began genetic testing. In the meantime, Caroline had a Gastrostomy tube placed in her stomach while they waited the results of the test.

At just one month old, doctors informed the Woodleys that Caroline has a rare genetic disorder called Cri du Chat Syndrome (CdCS). Caroline's missing a large portion of the short arm of the 5th chromosome (a deletion) and also has duplication on her 17th chromosome. Common symptoms of CdCS include a distinctive cry that resembles the mewing of a cat, characteristic facial features, slow growth, and microcephaly, a condition that indicates the head circumference is smaller than would be expected for an infant. Affected children also exhibit delays in coordination and mental activity with moderate to severe intellectual disability.

The Woodleys were told Caroline would never communicate, but she started babbling early on. "'Dada' was one of her first words," Sarah remembers. They learned through other CdCS parents that babbling was a good sign that Caroline would be able to talk in the future, as long as she received speech therapy. While she is mostly non-verbal, Caroline has learned a few words and signs.

Caroline's eyes are a deep blue ocean. She has one big dimple on her left cheek. She is a happy, social girl who is very expressive with her face. She loves to blow kisses and give kisses to anyone she likes. She is ambitious. At only 4 years old, she is steadily proving the people who said she'd never walk or talk wrong. Sarah couldn't be more proud. "Her progress has been incredible. She continues to surprise us every day with what she knows and all she can do!"

The Woodleys have very specific goals for Caroline. They want her to be able to walk and communicate. To achieve that, Caroline will need continued speech, physical, and occupational therapy. Unfortunately, the Woodley's insurance does not cover the amount of equipment and appointments that Caroline needs to reach her goal. We are proud to announce that Chive Charities is going to help Caroline reach her goal by donating a $28,900 grant from the Chive Fund!

The grant is going towards essential therapy equipment and appointments. While Caroline knows a few words and signs, part of the grant is going toward a Picture Exchange Communication System to help her communicate nonverbally, as well as speech therapy appointments. Caroline struggles with sensory processing. Part of the grant is going toward equipment to give her a healthy Sensory Diet to keep her safe from injuring herself. And finally, we are getting Caroline a new electric wheelchair with a vehicle lift! Her current chair is not functional on the bus, at school, for feeding, or rest. The new chair will allow her to rest on the bus, be g-tube fed in a reclined position to aid digestion, carry her speech-generating device, and provide her with more independence! 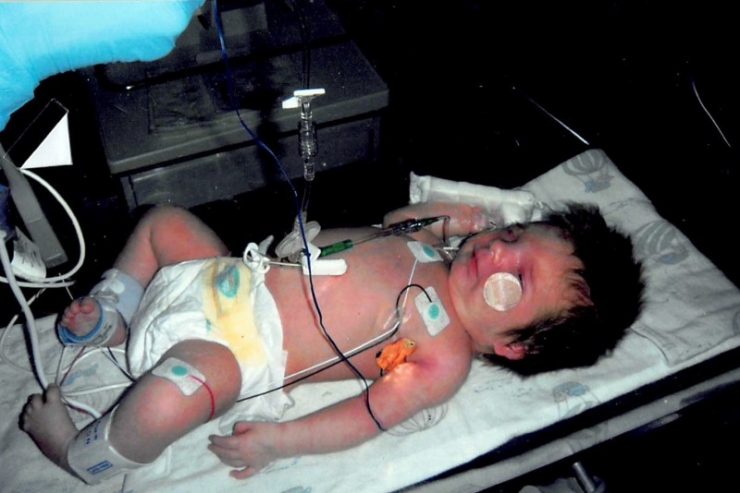 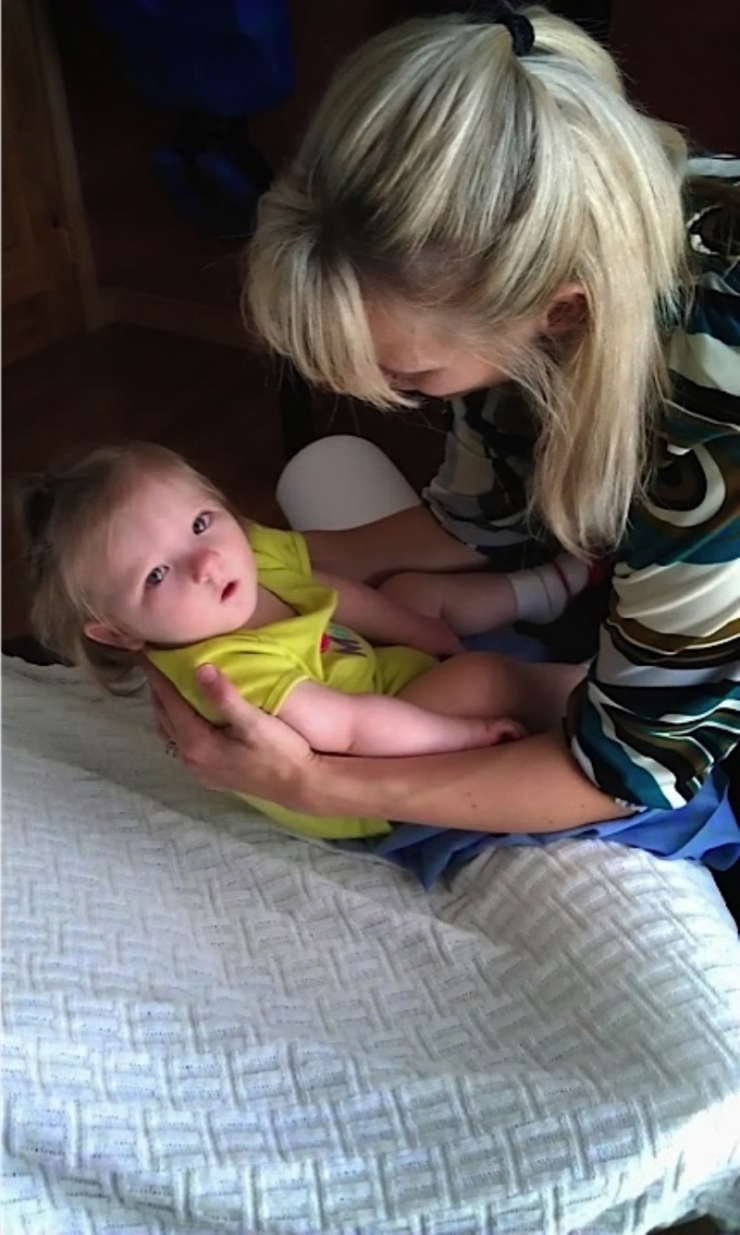 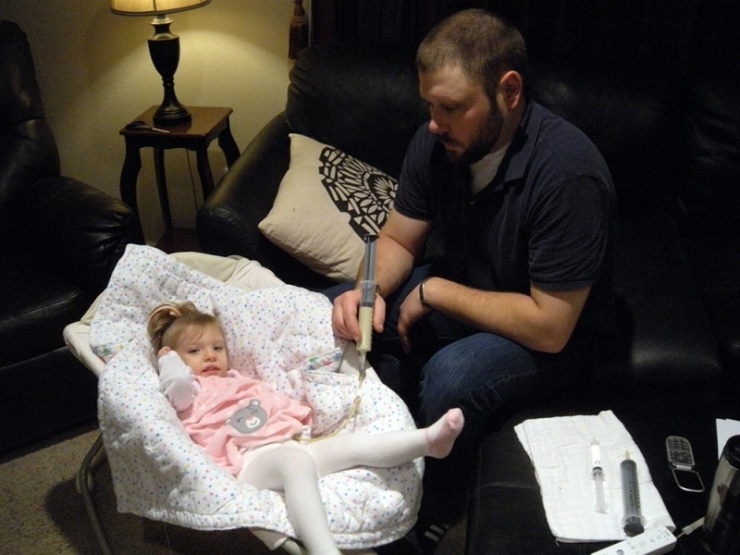 Sarah tells us, "Caroline still uses a G-tube for 80%-90% of her nourishment. She drinks a special, thickened formula through a bottle, which she learned to hold herself about a year and a half ago. She also eats smooth, pureed foods, like yogurts and applesause." 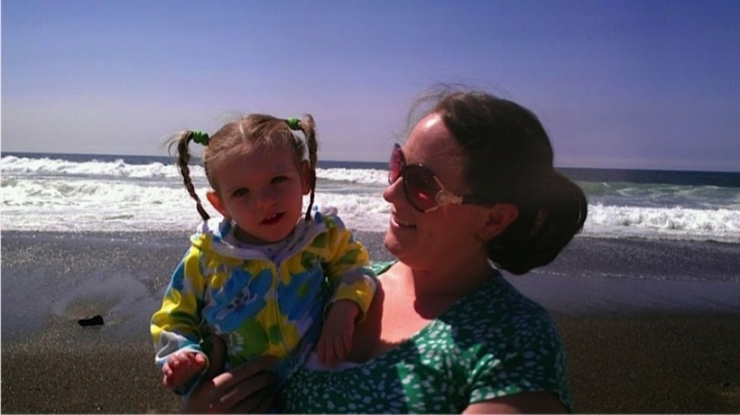 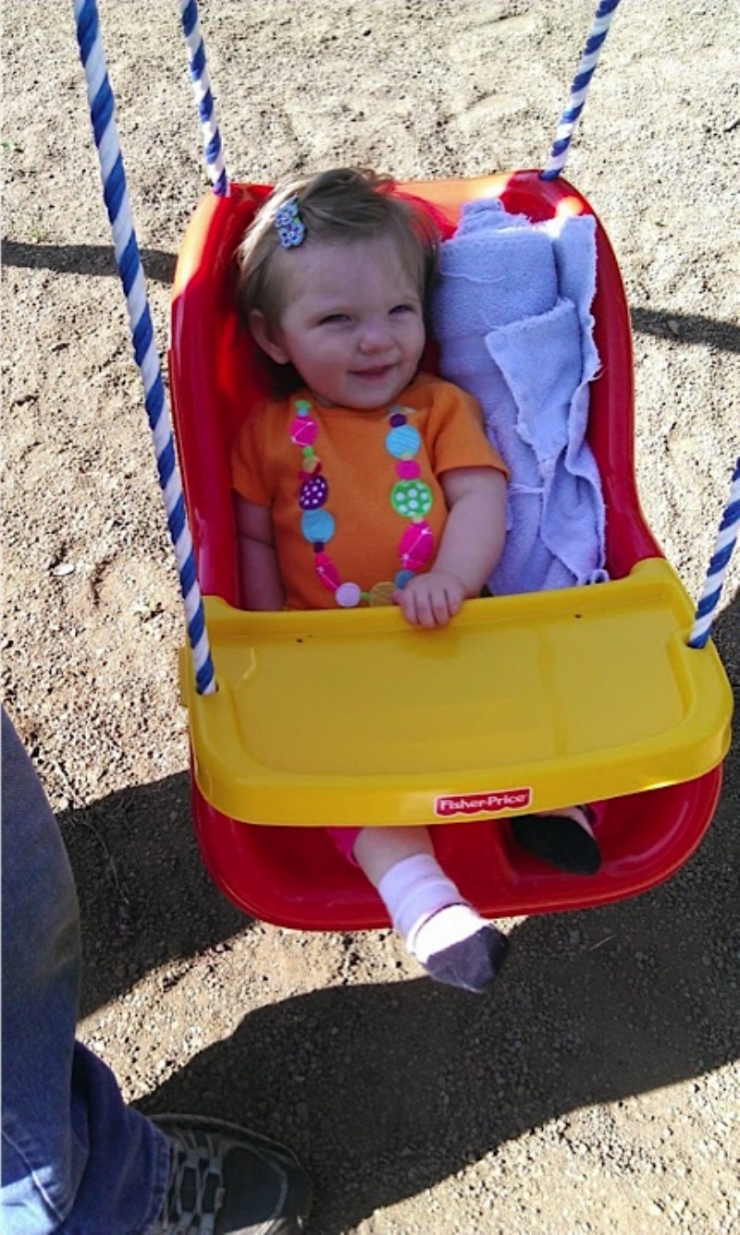 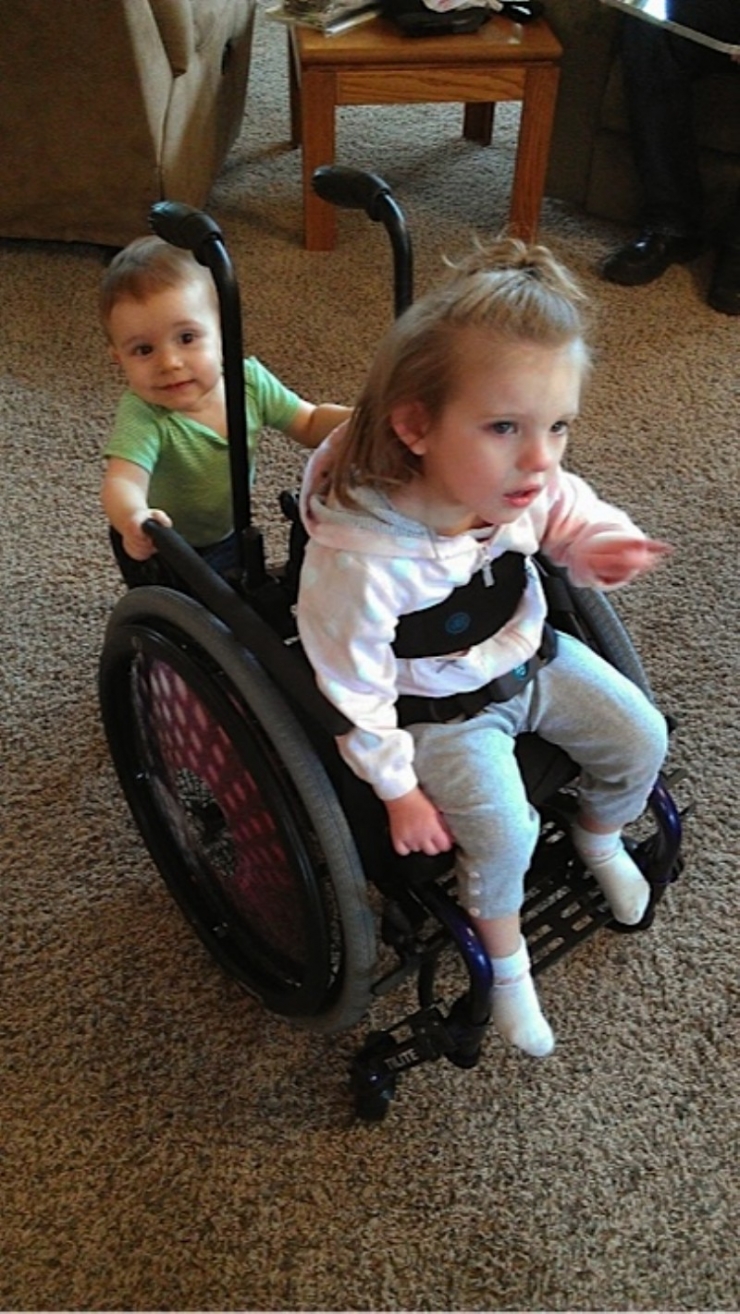 The family was also told Caroline would never walk. In December 2012, Caroline welcomed a baby brother, James. Sarah tells us, "James has been a great motivator for Caroline. She stood up on her own for the first time by pulling up on his bassinette so she could coo at him. James makes Caroline want to be mobile so she can chase him around the house and yard." The physical therapy and the drive to keep up with her baby brother are working for Caroline. Sarah happily reports, "She recently took her first unsupported steps. One day she just stood up and went down the hallway." 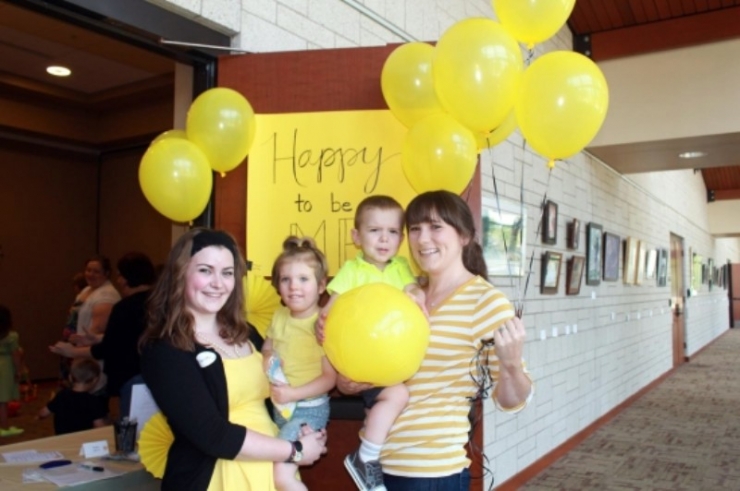 Sarah is on the Board of Directors for the Creating Opportunities Family Network. They bring kids with disabilities out into the community. "We are trying to get noticed. We want to let people know that we're here. We're not going to hide. Come talk to us." 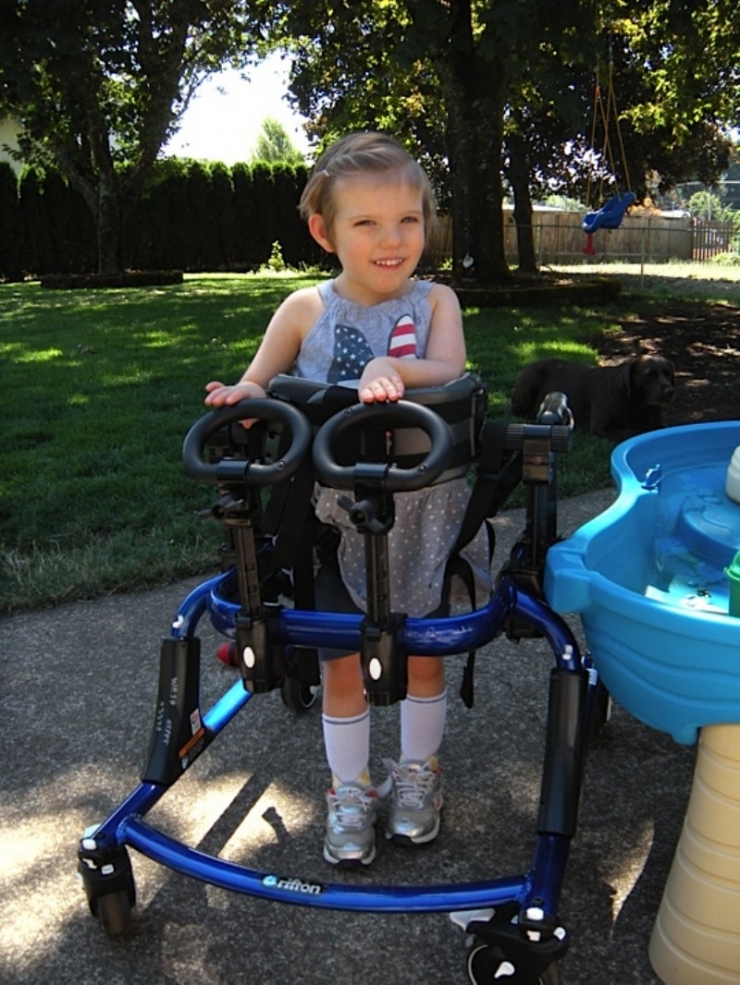 Caroline is determined to learn how to walk! 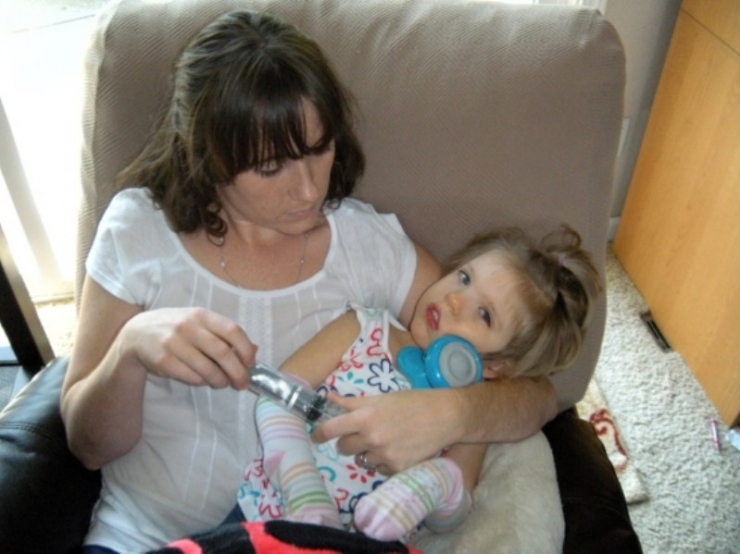 Caroline struggles with sensory processing. She has under-sensitivity to pain which has resulted in her injuring herself to get the sensory input she needs. (That's why she has socks on her hands in this picture). Part of the grant is going toward sensory equipment to give her a balanced Sensory Diet. The blue vibrating massager in this picture is part of that Sensory Diet. Sarah explains, "In this picture, Caroline wasn't feeling well. The massager is the only thing I have found so far that will stop her from picking and get her to relax." This will allow her to regulate in a safe way so she doesn't hurt herself. 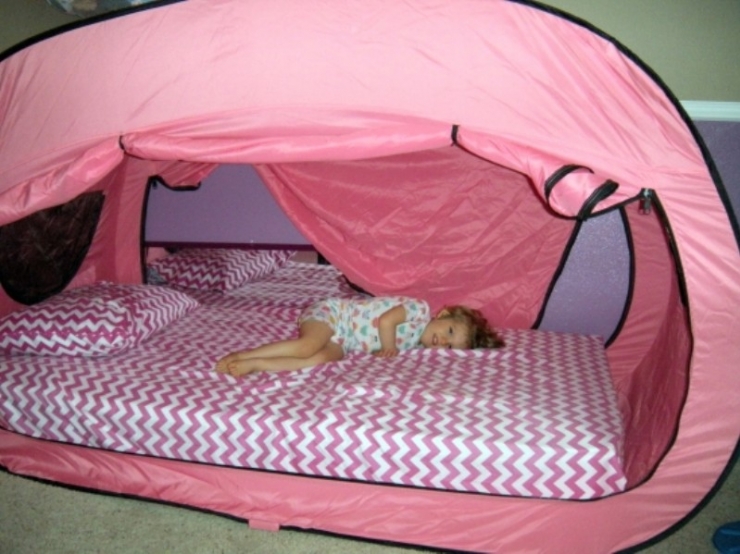 We also purchased Caroline this tent because enclosures help Caroline with her sensory processing and soothe her. 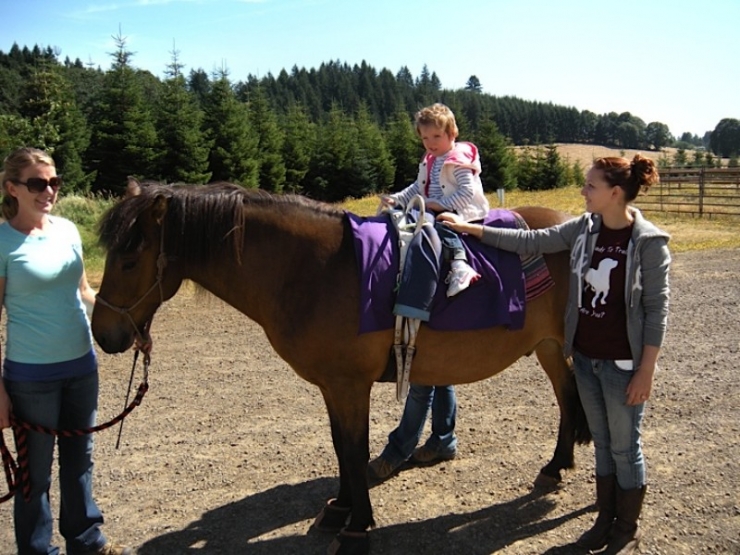 Part of the grant is going towards Hippotherapy. It will help with muscle tone, coordination, and the development of core strength. The gait of the horse closely mimics the gait of a human, which will help Caroline learn to walk. 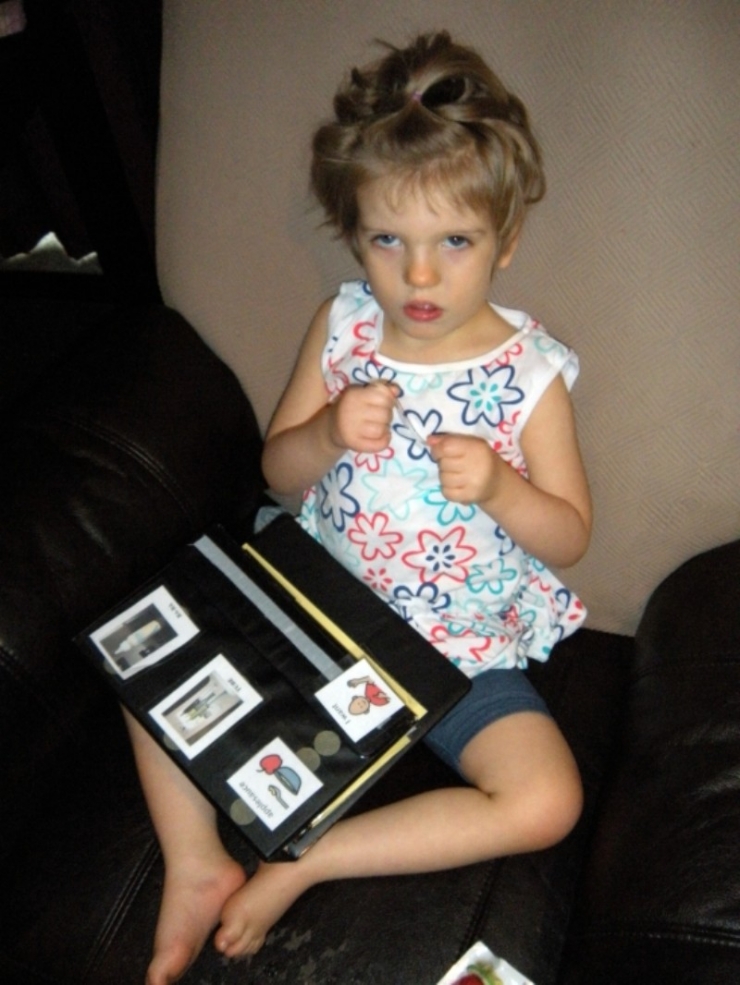 Caroline learning to use the Picture Exchange Communication System we purchased! 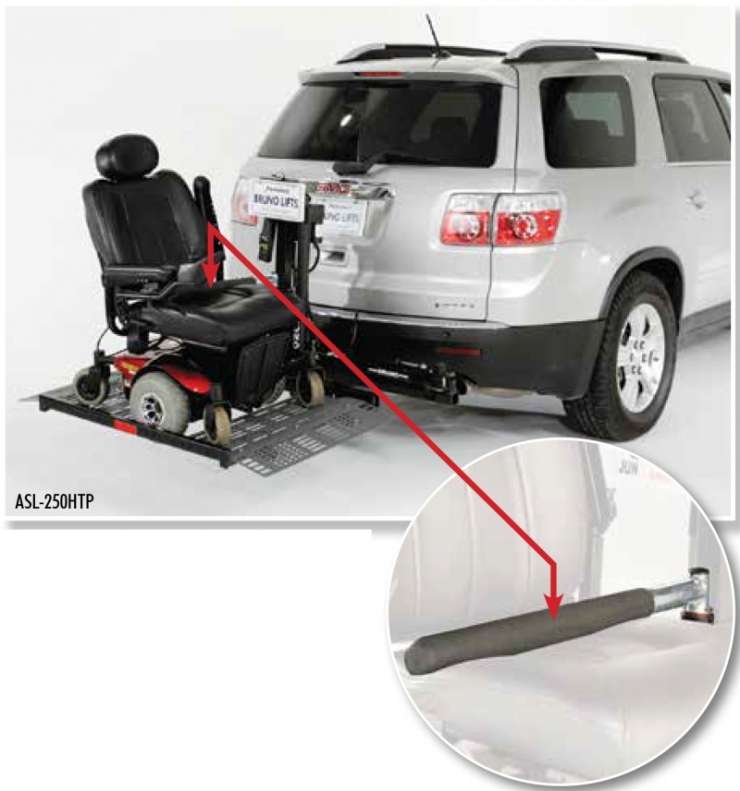 Part of the grant is going toward an electric wheelchair! Her current chair is not functional on the bus, at school, for feeding, or rest. The new chair will allow her to rest on the bus, be g-tube fed in a reclined position to aid digestion, carry her speech-generating device, and provide her with more independence! 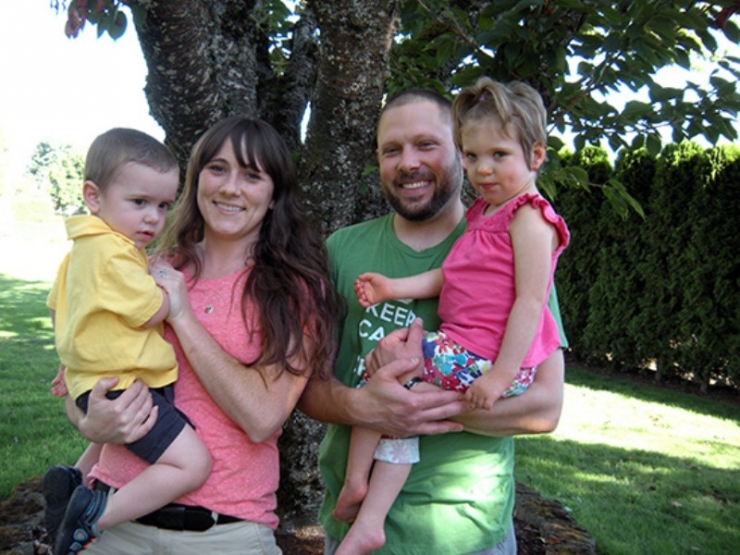 When Sarah first heard Caroline's diagnosis, she was devastated. There were a lot of tears when Phillip and Sarah sat down with both of their families to break the news. "I honestly remember thinking, What if they don't love her the same, or are embarrassed by her, or disappointed in her?" Sarah admits. Her fears were quickly subsided. Both families were brought much closer together that night. The Woodleys have received nothing but love, support, and encouragement since then. Now Sarah knows, "Caroline is here to pull us together."

Caroline has come a long way since doctors said she'd never walk or talk. She continues to learn new words, signs, and will soon master the Picture Exchange Communication System. She has already taken her first steps without support. She is a fighter who, with the support of her family, keeps re-writing the book on what we know about Cri du Chat Syndrome. Thanks to your continued donations to the Chive Fund, Caroline is now armed with the tools she needs to reach her goals of walking and talking. We at Chive Charities are honored to have a chapter in the book she continues to write. 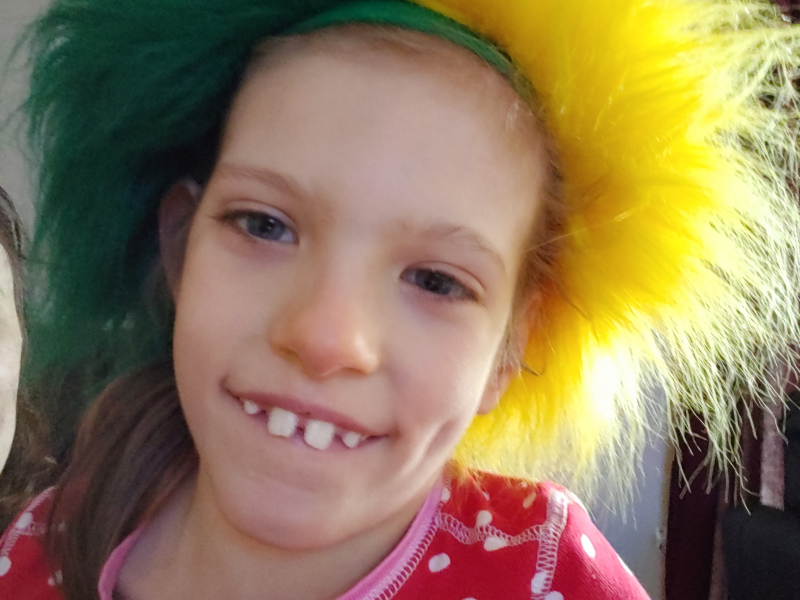 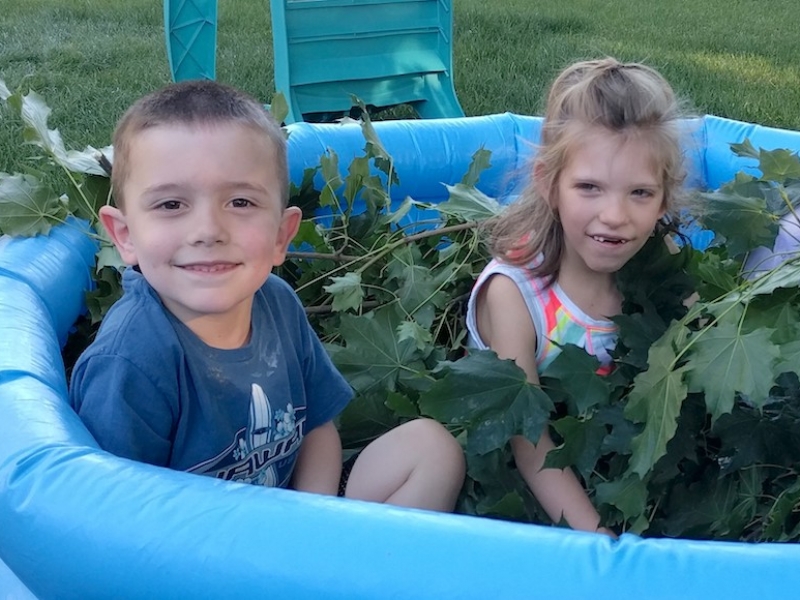 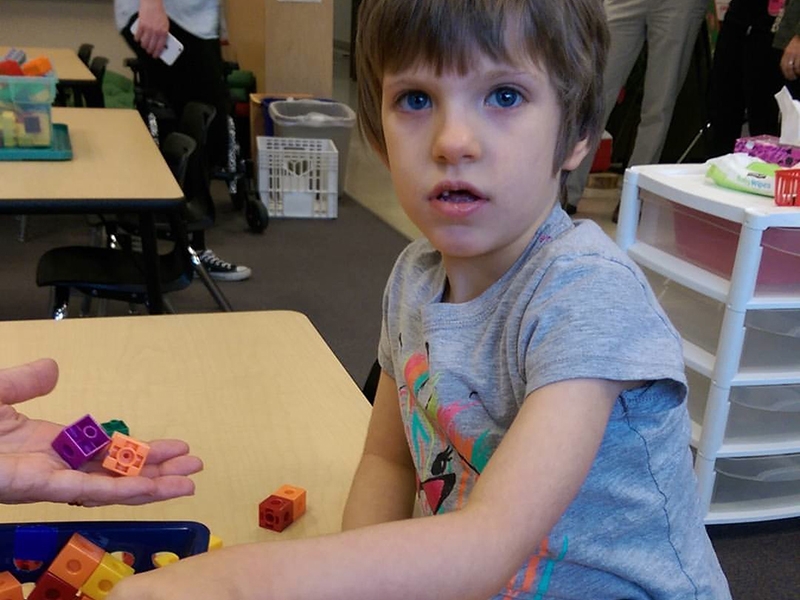