The day M&M’s changed the game

In the spring of 2009, a novel Influenza A (H1N1) virus emerged. You might remember it as the Swine flu, and it ripped through much of the U.S. and parts of the world causing fever, cough, sore throat, chills, and body aches, and primarily impacting children and young adults. 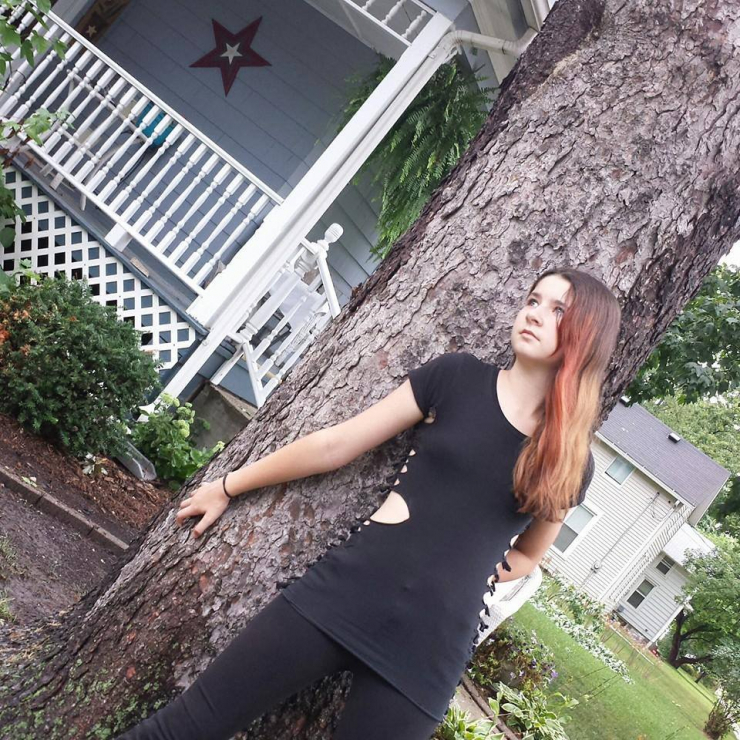 One of those children was Chelsea Conner. 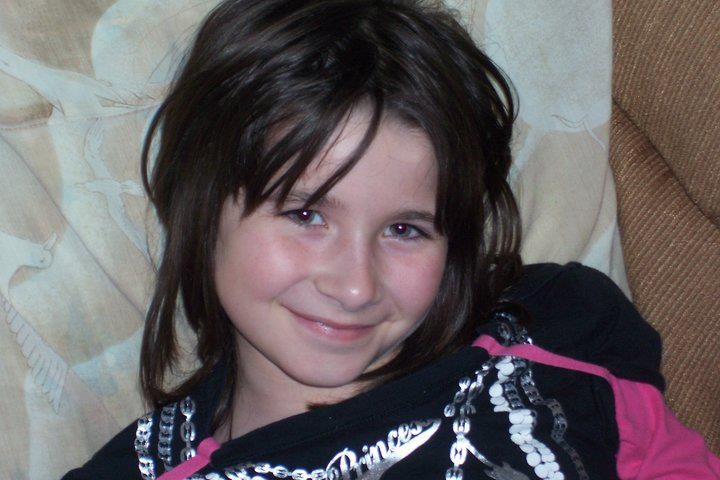 “It started with high-grade fevers that I had every day,” she told us. “I stayed home from school for three weeks with a fever of 105 degrees. After the fever broke, I thought I was getting better - but then I started having other issues.”

Chelsea was having a hard time eating. When she could manage to choke something down, her stomach would hurt unbearably bad. Then her heart rate would rise substantially, and she was weak and dizzy, among other things.

She began playing what she referred to as “musical doctors.” 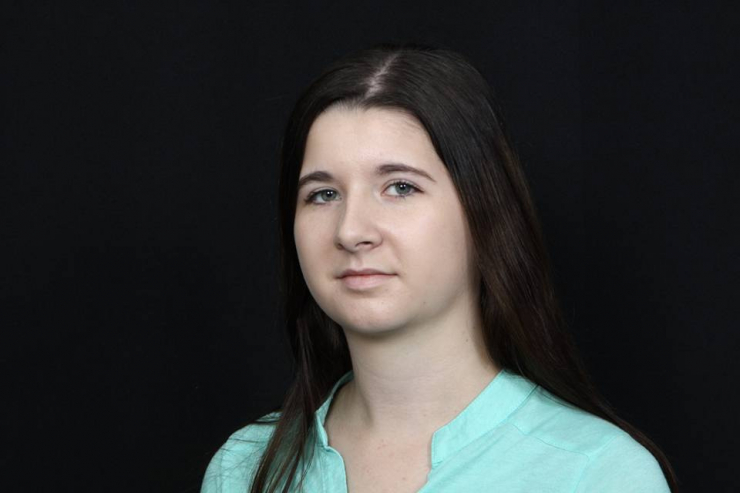 “The first doctor diagnosed me with irritable bowel syndrome (IBS), and I spent a few months on medication with no improvement,” she said. “We decided to switch doctors and when the next one didn’t work out, we tried another. Between 2007 and 2015, I had seen roughly 10 doctors, none of whom could determine what was wrong with me.”

By this time, Chelsea was 14 years old and weighed just 85 pounds. She felt like giving up. 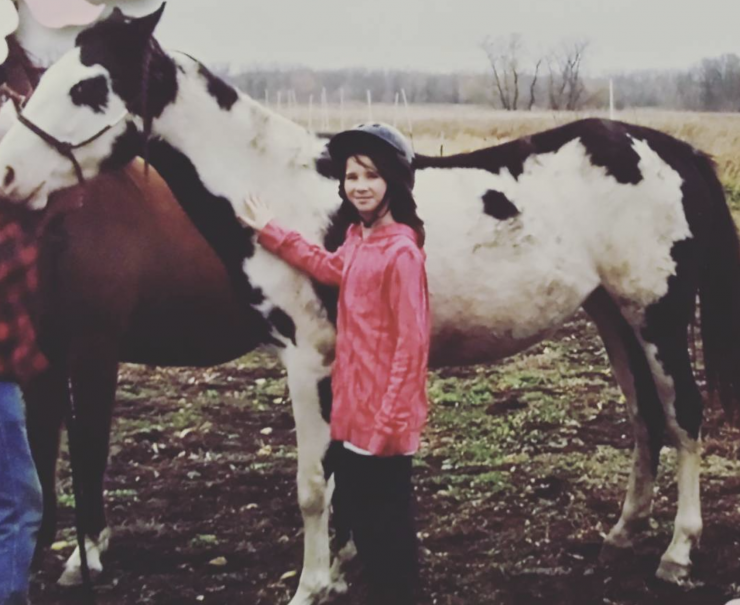 One morning in 2016, her mom suggested they try one last doctor, a specialist at the University of Chicago. Chelsea was understandably reluctant. No medical professional had been able to help her yet, so why would this be any different? But she had no other options, and she decided to go.

“Within the first 10 minutes of examining me, the doctor was convinced I had gastroparesis,” said Chelsea. 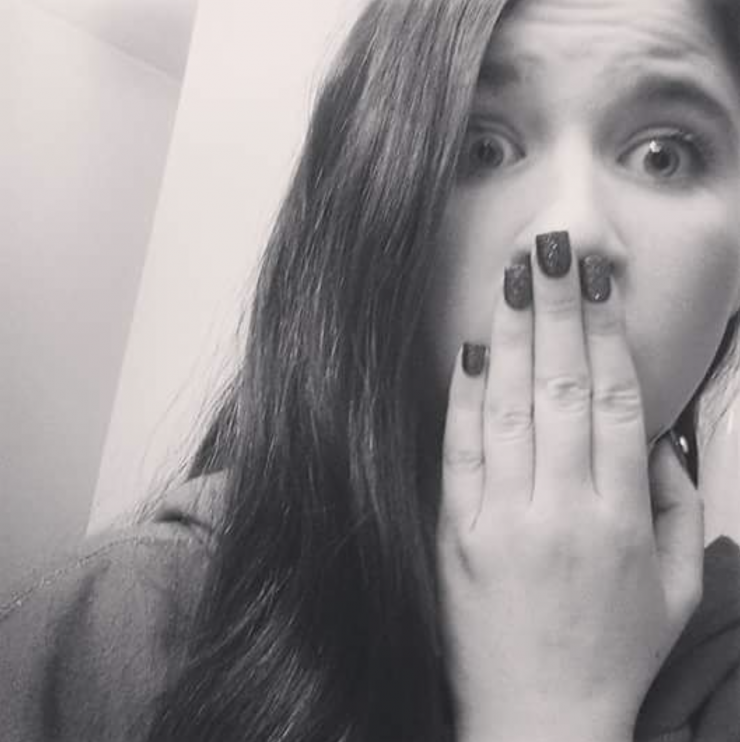 Ordinarily, strong muscular contractions propel food through your digestive tract. But with gastroparesis, your stomach’s movement is slowed down or doesn’t work at all, preventing your stomach from emptying properly.

“I loved M&M’s at that time, but I hadn’t eaten them in a while because of the stomach pain,” she explained. “My mom bought me a bag and I tentatively took a bite. Then I just started crying because it had been years since I had been able to eat without vomiting or pain.” 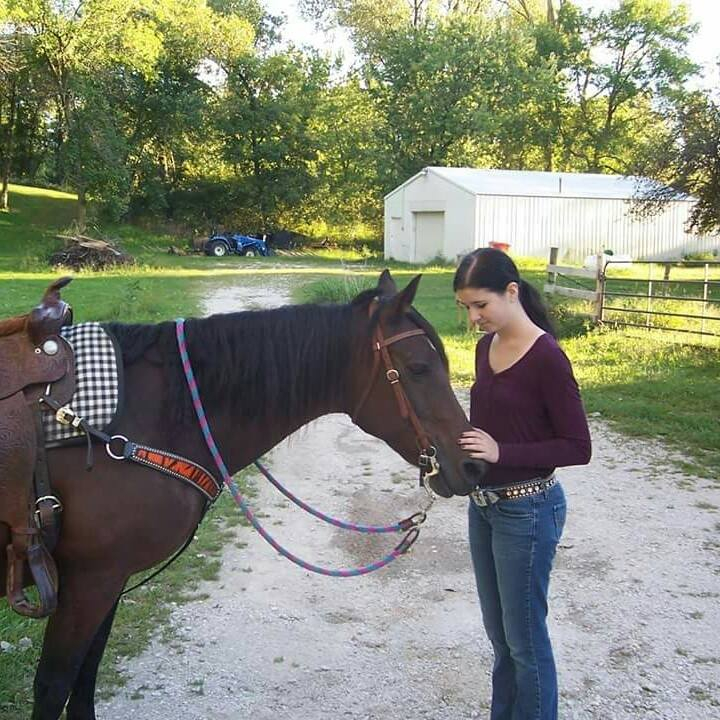 Chelsea was still reveling in the taste of chocolate when she realized that one issue had been solved, but still others remained.

She was suffering from some other debilitating symptoms, so Chelsea began looking online to see if anyone else was suffering from the same things she was. (She also has a best friend named Brooke who lives with chronic illness and was a huge resource and support for her). That’s how she stumbled upon a YouTuber named ChronicallyJaquie.

“When I started watching Jaquie’s videos, she mentioned Ehlers Danlos Syndrome, Dysautonomia, and Gastroparesis. After listening to her explain what the diseases were like and how they affected her, I started to realize that it was the same as me,” Chelsea shared.

“I quickly researched specialists near me and made an appointment. The new doctor was super friendly and immediately ordered some tests. After a couple months of testing and examinations, I officially had my diagnosis - hypermobile Ehlers Danlos syndrome, dysautonomia, and of course, gastroparesis.” 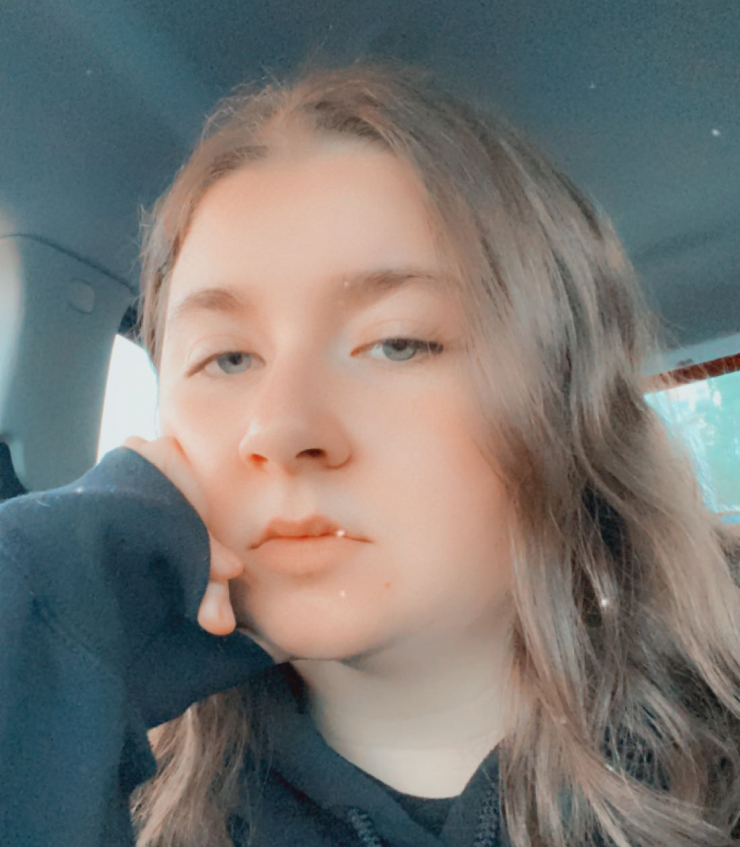 And while Chelsea never met Jaquie personally, she was inspired and encouraged by her openness and similar journey with chronic illness. It helped Chelsea - and Brooke - not feel so alone. To not feel so different.

(Sadly, in 2019, Jaquie lost her battle with her diseases. Despite that tragic loss, she continues to inspire people and has left a legacy that endures.) 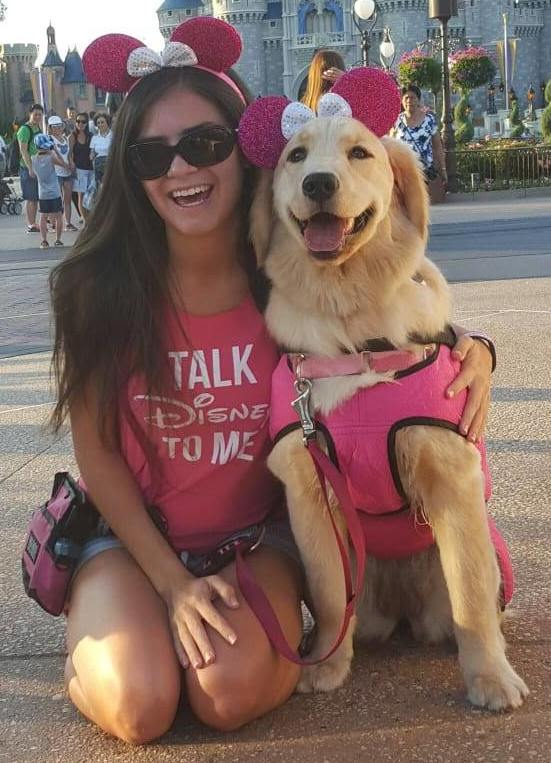 Ehlers Danlos syndrome causes a lot of challenges, in particular. Chelsea is prone to fainting spells. 9-out-of-10 times, if she bends or crouches down, she’ll pass out. She also breaks or partially dislocates her bones quite often, and her strength and endurance are severely affected.

Chelsea used to be a passionate horse rider, rescuing and rehoming horses with her mom. Eventually, she had to stop riding when she lacked the strength to saddle the horses, and it’s been another big loss for her. But Chelsea is no quitter. She’s a warrior who does whatever it takes to keep moving forward. 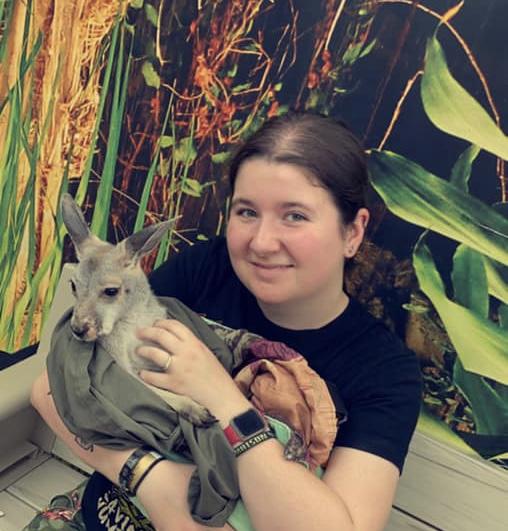 Thanks to her friendship with Brooke and her service dog Boone, Chelsea has witnessed first-hand the life-changing impact of a service animal.

So last summer, when Chelsea went on vacation with her boyfriend and his dad, Jeremy, she listened closely when Jeremy mentioned an organization that might be able to help her get her independence back. “He was like a hype man for Chive Charities,” Chelsea laughed. 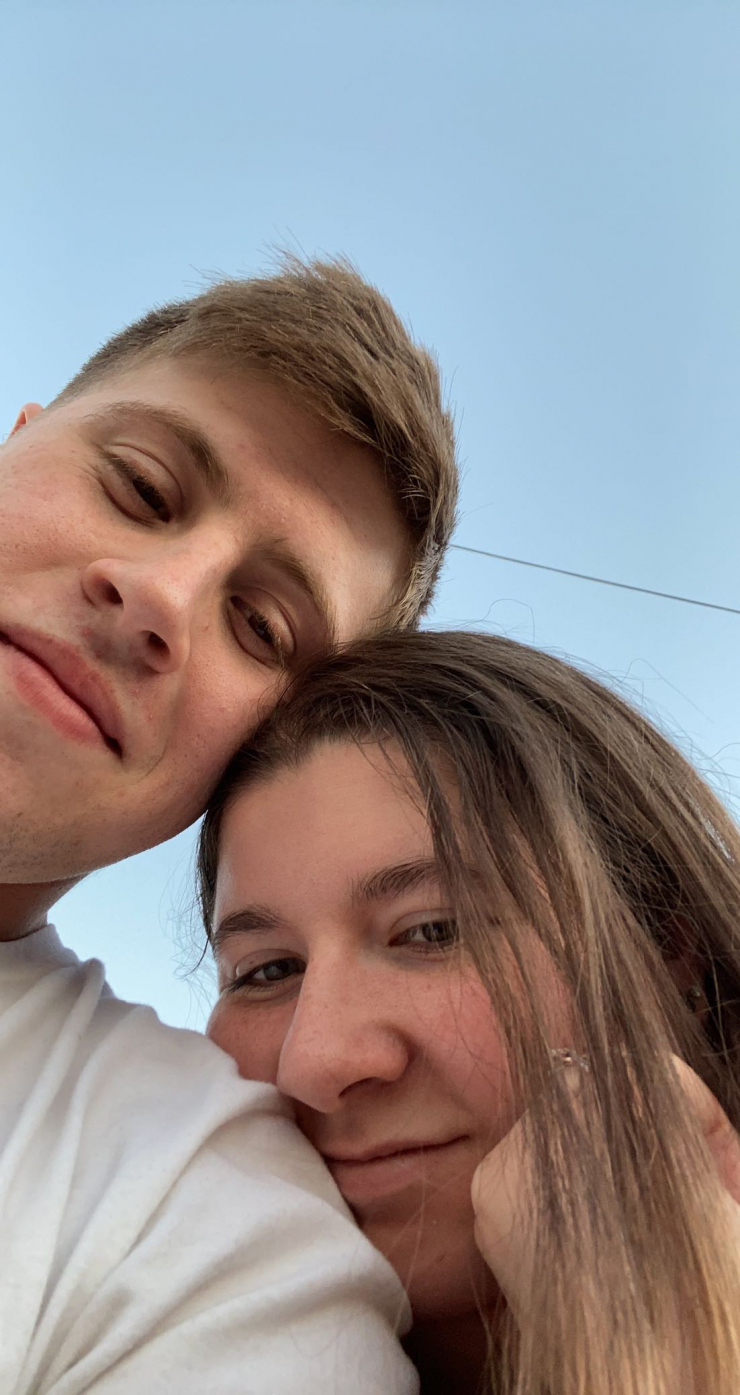 As a long-time fan, Jeremy knew Chive Charities and our donors have teamed up to provide service dogs for many veterans, military families, first responders, and rare medical individuals like Chelsea.

“I decided to reach out and apply and to see if I could maintain my hard-earned independence,” she said.

With help from our monthly subscribers, we were able to fund the cost of a service dog through CARES. Her dog will be able to alert her to fainting spells, remind her to take her medications, and help with retrieving items that she’d otherwise have to bend down to grab - potentially triggering dizziness and fainting. 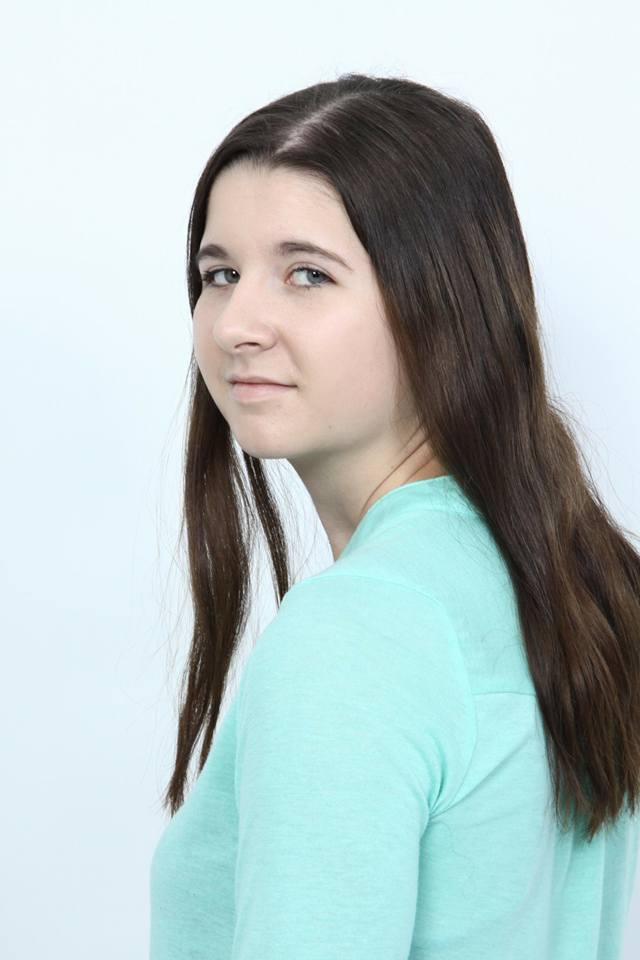 Chelsea has sacrificed a lot on her medical journey. Many of her pre-teen years were spent suffering from debilitating stomach pain and fear. She lost the ability to ride horses or do many of the things most of us take for granted. 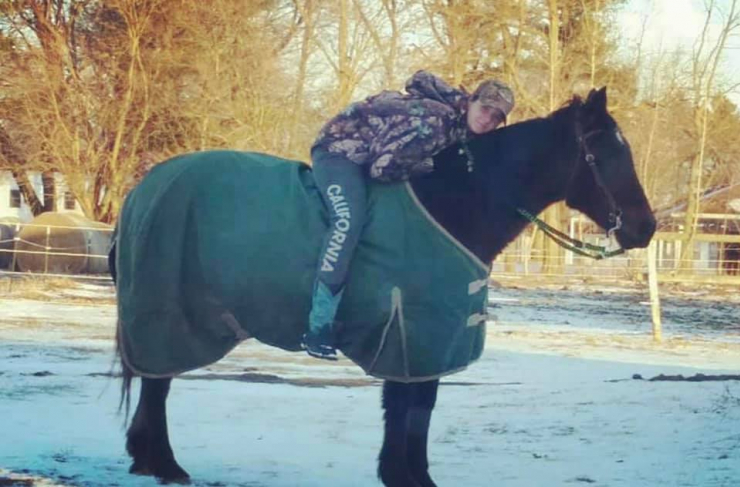 She doesn’t have to sacrifice more. Because of you, she can continue being the warrior that doesn’t back down from a fight, who never quits.

Next up is that life-changing service dog. What comes after that? Whatever Chelsea wants. She finally gets to choose. 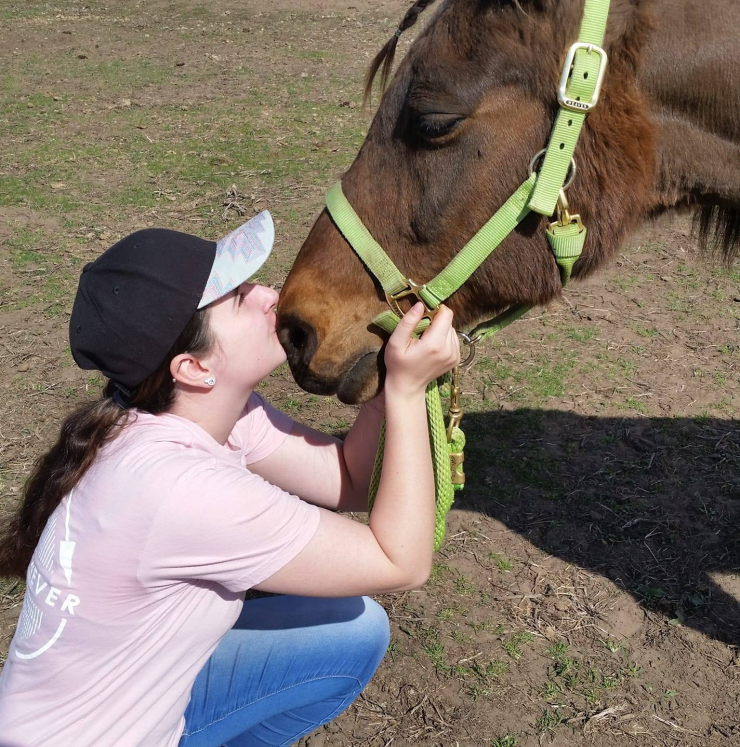 She’s all-in on the battles she faces. Just like the one-time and monthly Chive Charities donors who are all-in helping people like her get past them. Today, you made her life a little bit easier. You made freedom and independence more possible. What comes after that? Whatever our recipients need. And by joining our movement, you get to help choose. DONATE HERE.