One boy's confidence received a huge boost from a special community

Christopher was born with ectodermal dysplasia, a dermal disorder affecting the skin, teeth and impeding hair and nail growth. In Christopher’s case, his teeth are most affected. He was born without any baby teeth and would come to grow only 8 adult teeth by his 7th birthday.  No other teeth would ever grow in.

While on the surface missing teeth may not seem like the end of the world, it’s the secondary effects associated with Christopher’s ectodermal dysplasia that are the problem. He has been in speech therapy since he was 2 because he can’t make the “t”, “f”, “j” and “l” sounds that come naturally for people with front teeth. He gets frustrated repeating sentences 3 or 4 times to be understood. As a result, Christopher often walks with his face down, avoiding conversation.

He also can’t chew most foods, requiring him to swallow whole pieces without breaking it down.  This has led to a string of stomach problems.

Christopher fondly remembers in grade school when all his classmates were losing their baby teeth. They bragged about what the Tooth Fairy brought them. One classmate even got video games. Christopher woke up one morning to find a crisp 20-dollar bill under his pillow and a note from the tooth fairy.  The note explained that never before in the history of dental records had the Tooth Fairy paid a visit to a child who didn’t lose a tooth, but she was making an exception for this special case.  She wanted to reward Christopher for his continued courage.

Do you ever just look in the mirror and smile? Are you happy to see yourself in pictures smiling? Well, unfortunately that isn't the case for me. I'm not crazy about looking at myself in the mirror.

Due to the complexity of his condition and the fact that he was still growing, most dentists shied away from helping Christopher. Entering second grade, however, his mother Sandra finally found a dentist who agreed to work on her son.  He fitted Christopher for an upper bridge with four teeth in it.  It was a temporary fix, but it made a significant difference to Christopher’s appearance and self-esteem.  Finally his personality was able to shine, no longer obstructed by a cloud of insecurity.  He was happier, more talkative, and more confident.  People were able to see him for who he really was.

By the time he was in 8th grade, Christopher had outgrown the temporary top bridge, threatening to create bacteria under the few teeth he had. Sandra couldn’t let that happen. Christopher would be entering a new high school where he knew no one. His self-esteem was already low due to his condition but the failing temporary bridge was adding to his anxiety.

After visiting multiple professionals and receiving second opinions, the course of action seemed clear:  a fixed full bridge on top and a removable partial bridge on bottom.  Everything sounded promising until they heard the price tag—a whopping $27,000. Sandra was so upset she cried the whole night, aware that as a single mom with 3 jobs she could never afford to give Christopher what he deserved.

We’re glad to announce that Christopher is the recipient of a $27,000 grant from Chive Charities to get the necessary fixed bridge for the top of his mouth and a removable partial bridge for the bottom. Christopher will soon have a new, permanent set of teeth. However, the procedure will not be easy. Christopher’s roots don’t reach far enough into his jawbone so the dentist will have to kill the nerves before putting the bridges in place. That means he will most likely have to undergo four painful root canals.

In the meantime, we’ve helped him get new temporary bridges until the dentist determines that Christopher can live with the new bridges.  For the first time, Christopher is able to smile a full, confident smile. 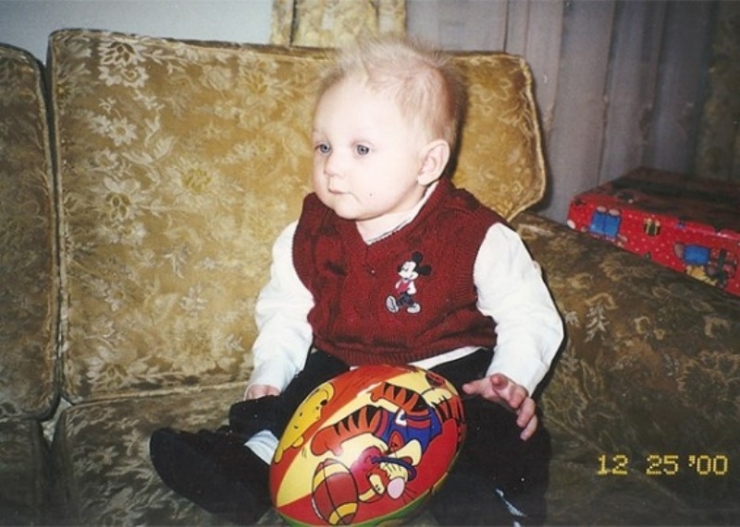 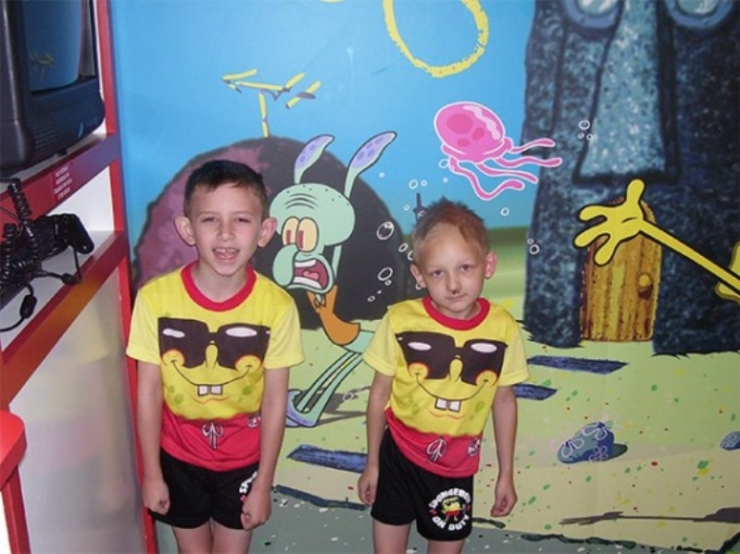 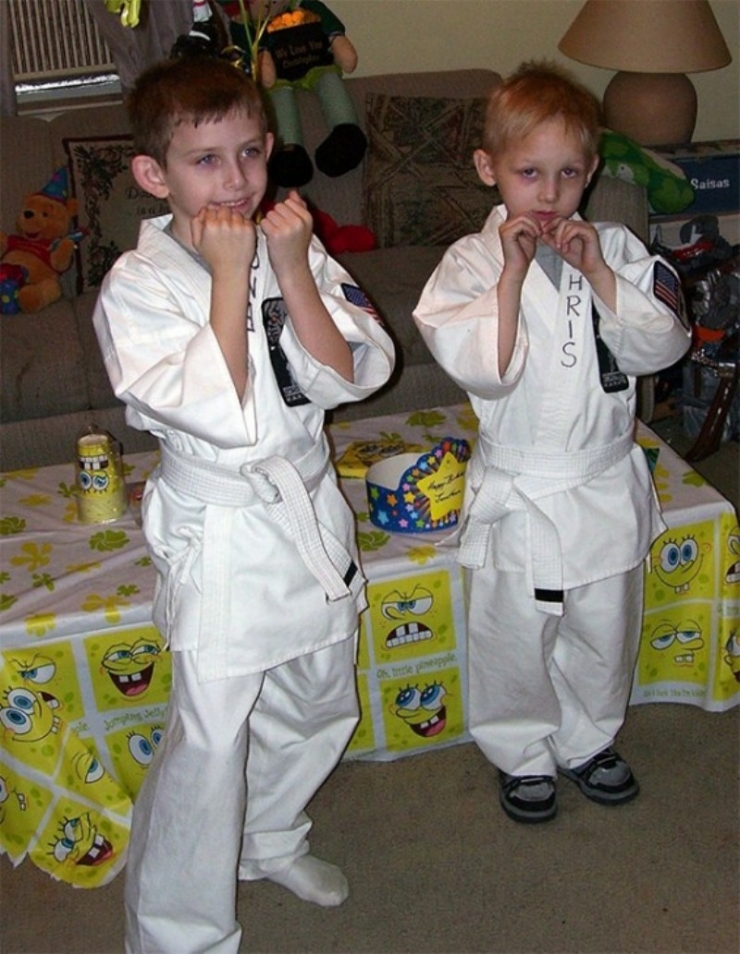 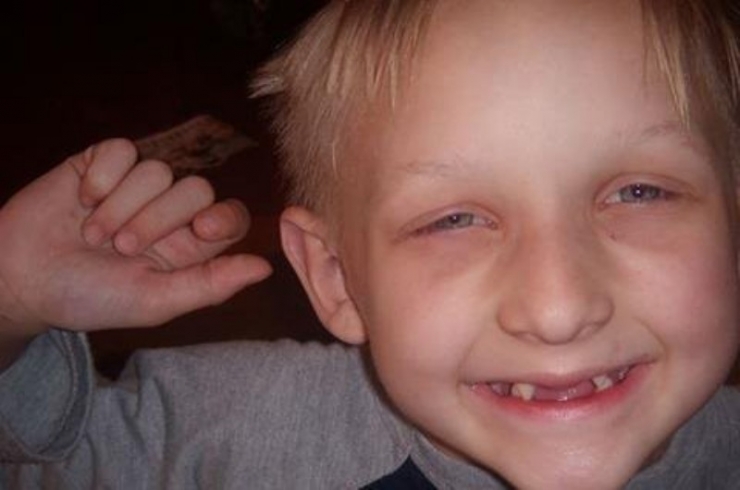 Christopher was born without top and bottom front teeth among others making it hard for him to eat normal foods, communicate and smile with confidence. 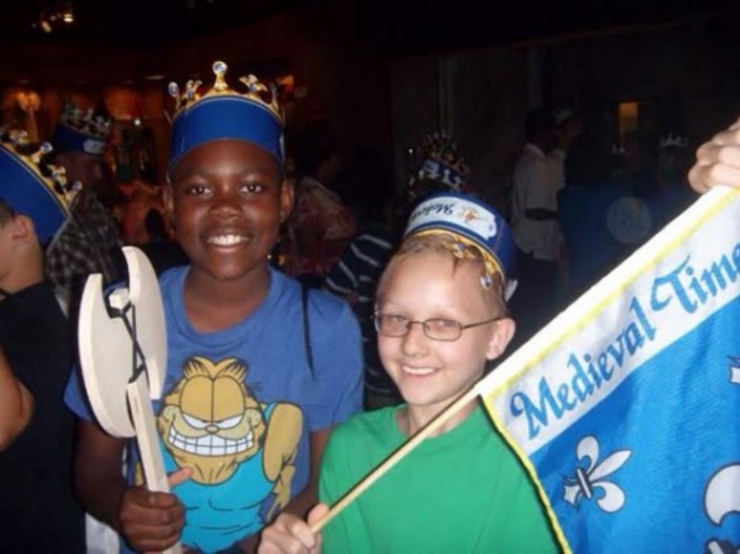 In second grade, a dentist was able to fit Christopher with a temporary top bridge which made him much more confident. 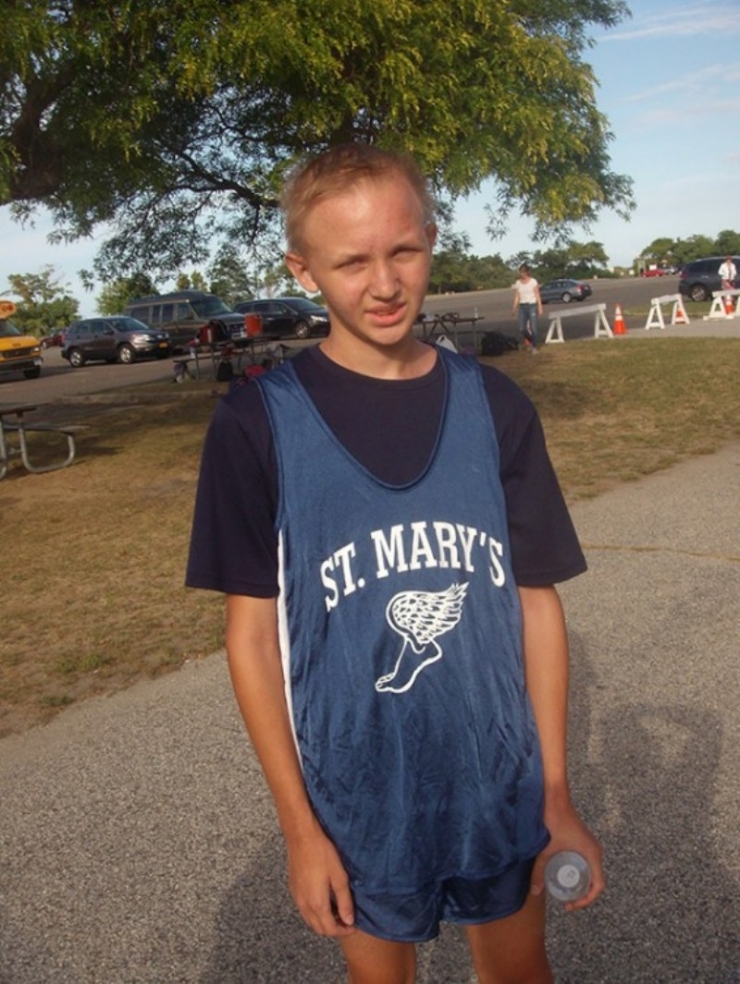 In 8th grade, Christopher was outgrowing his temporary bridge, leading to self-esteme issues once again. 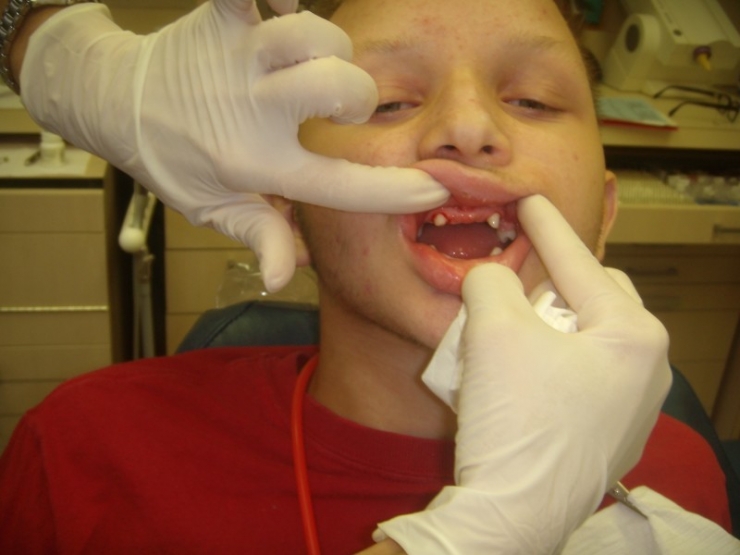 Thanks to Chive Nation, Christopher goes in to have his new adult bridges fitted and placed on both the top and bottom. 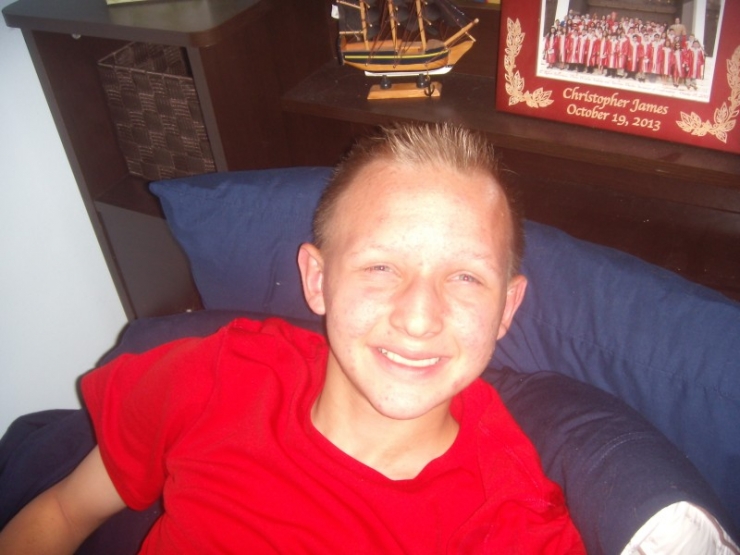 The boy in the pictures finally looks like the one we’ve gotten to know—funny, kind, energetic, full of life.  In each picture he’s smiling bigger than in the one before it. 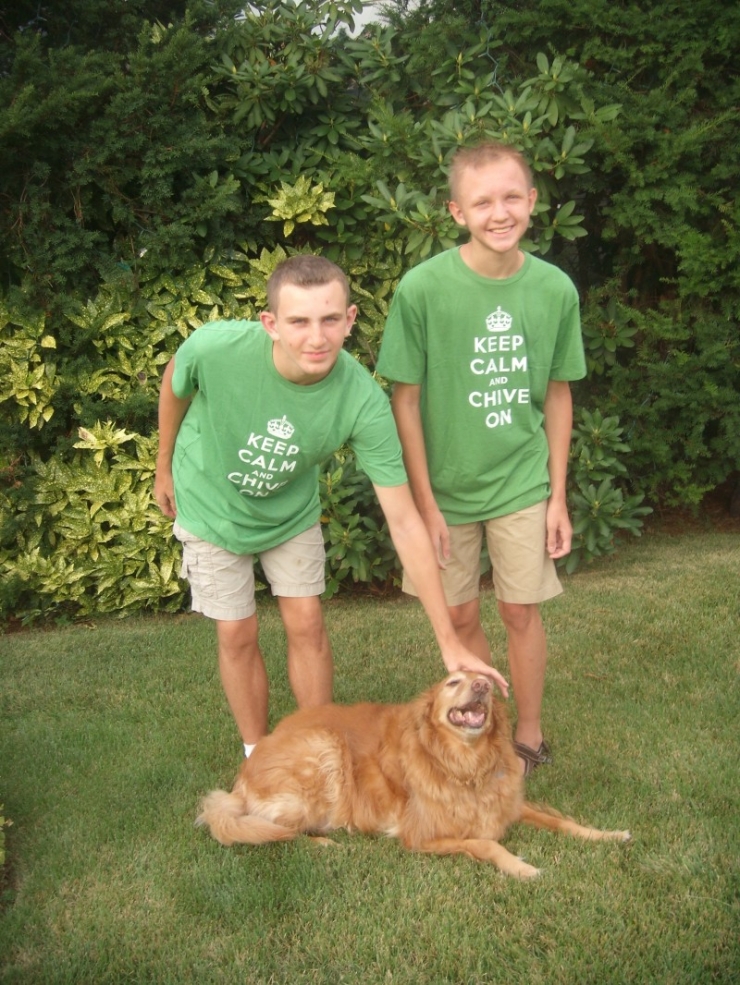 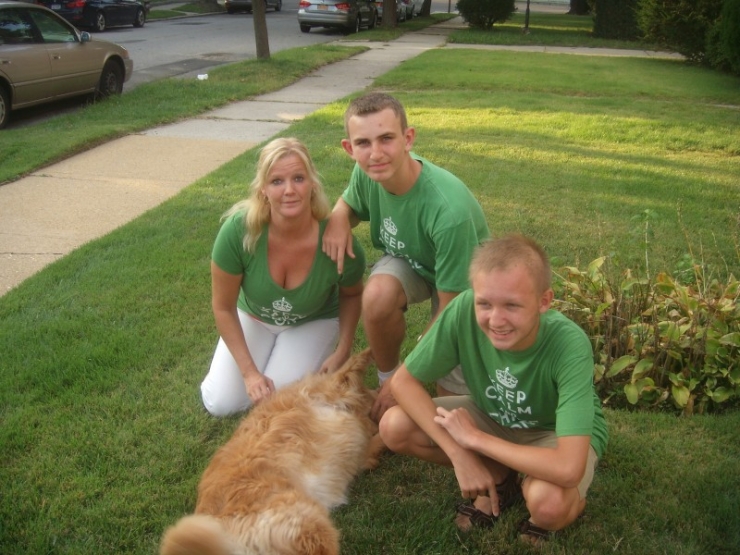 When I talked to him on the phone, I asked Christopher what is the first thing he would do when his permanent fixed bridges go in. Without hesitation, he said, "I'm going to go eat a full rack of barbecue ribs.  I've never been able to do that." After a pause, Christopher added, "I want to send a thank you to all the Chivers. They helped change my life and have made me so happy."

Christopher is a lesson to us all in resilience, in honoring what is on the inside more than what you can see.  And finally, with a little extra help, we were able to make Christopher’s appearance mirror what’s inside. 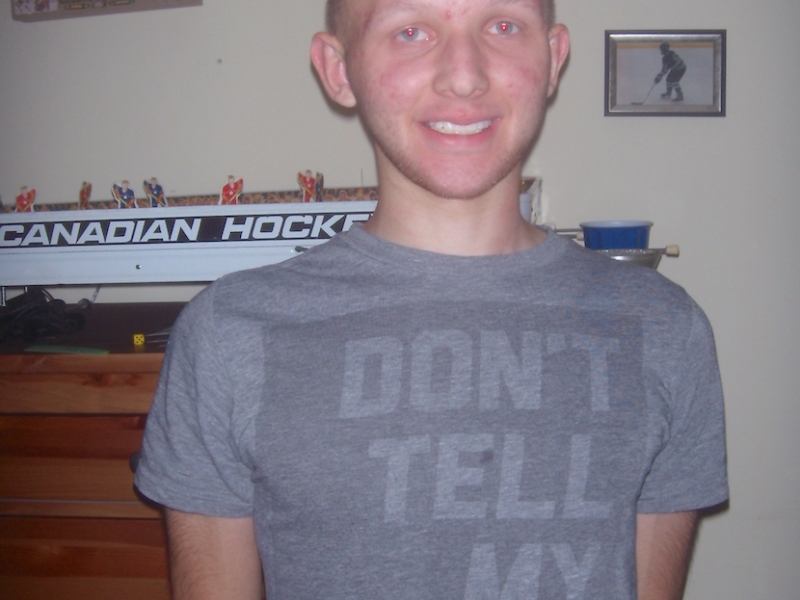 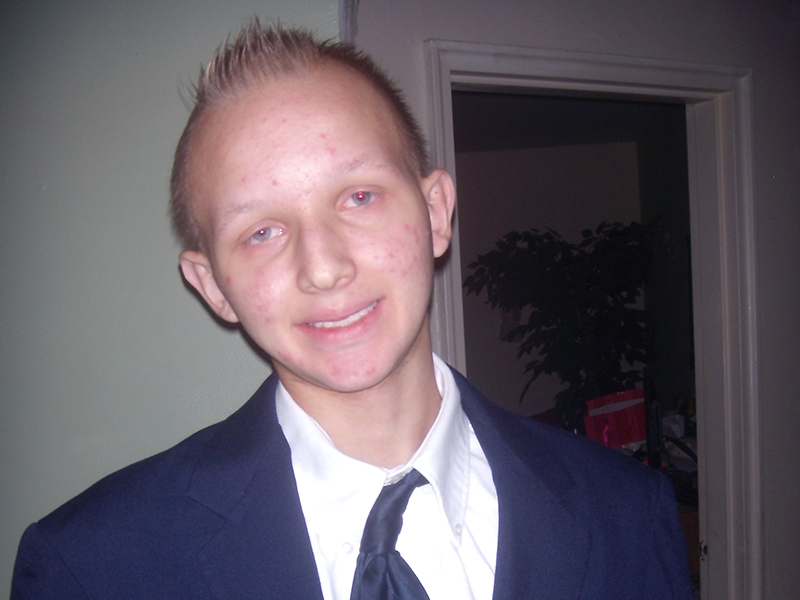 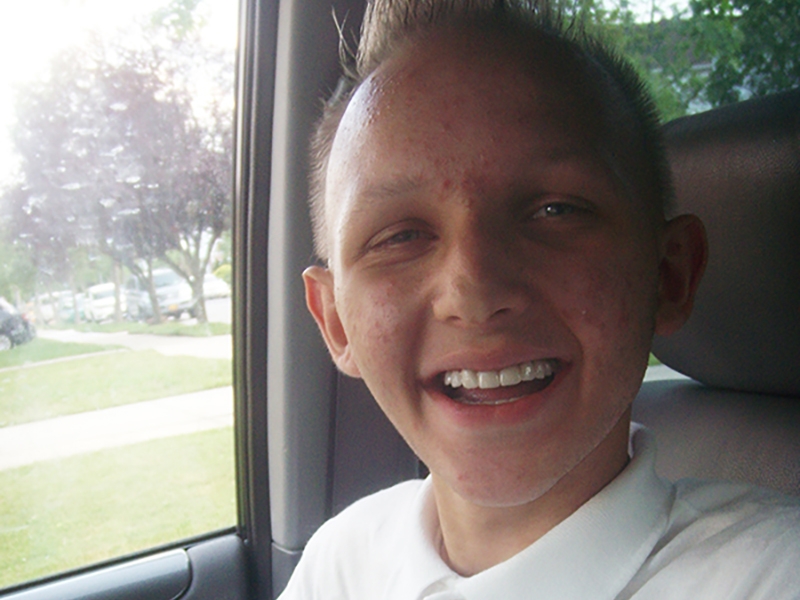