A few weeks ago, we met a truly inspirational family. 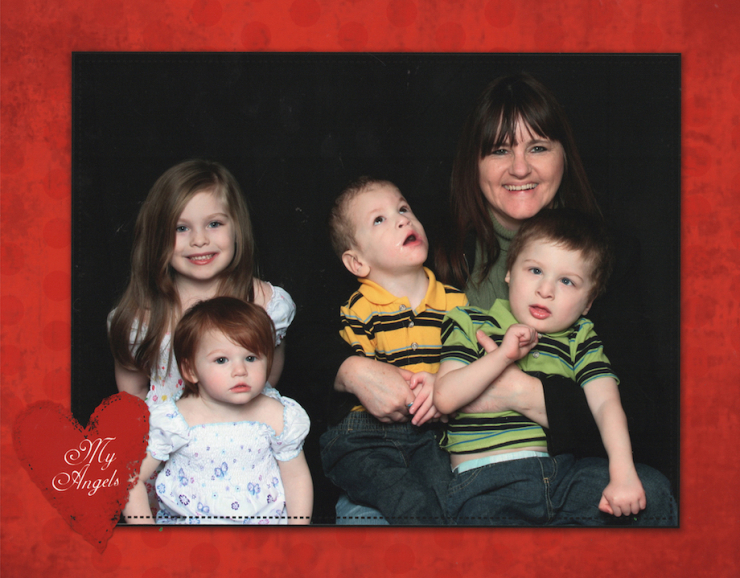 This is Lori, and she and her husband Jim live in Indiana. A few months ago, she applied for a Chive Charities grant for a wheelchair-accessible van, and as we read her application, we realized we had a truly extraordinary family on our hands. 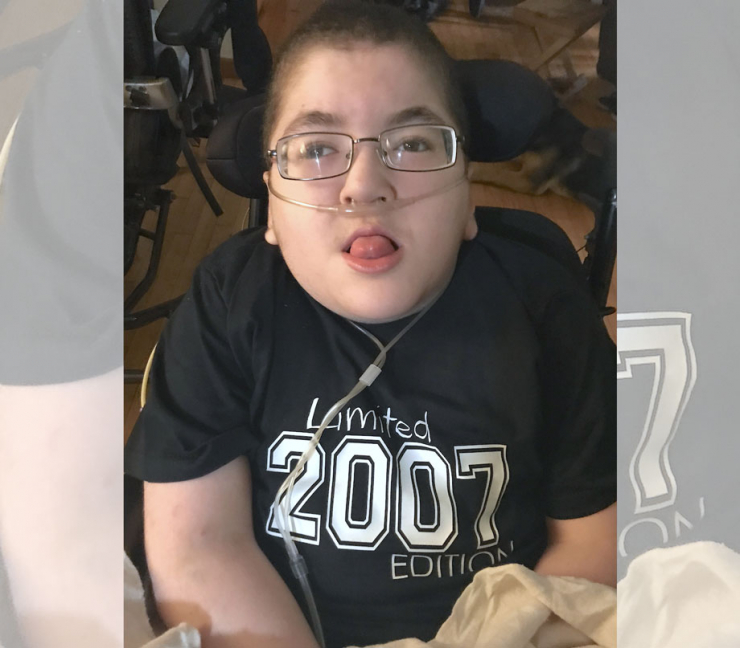 “Joey is our 11-year-old grandson with Snyder-Robinson syndrome,” she wrote. “He is non-verbal, non-mobile, developmentally and physically delayed, and is affected by seizures. He has fragile bones and severe respiratory issues. In January of 2015, when he was about eight, Joey and his two younger siblings came to live with us, and in October of 2017, we were named their legal guardians.”

Lori summed up Snyder-Robinson syndrome pretty succinctly, but the truth is, it’s an aggressive, potentially terminal condition, and it’s had a big impact on her family. 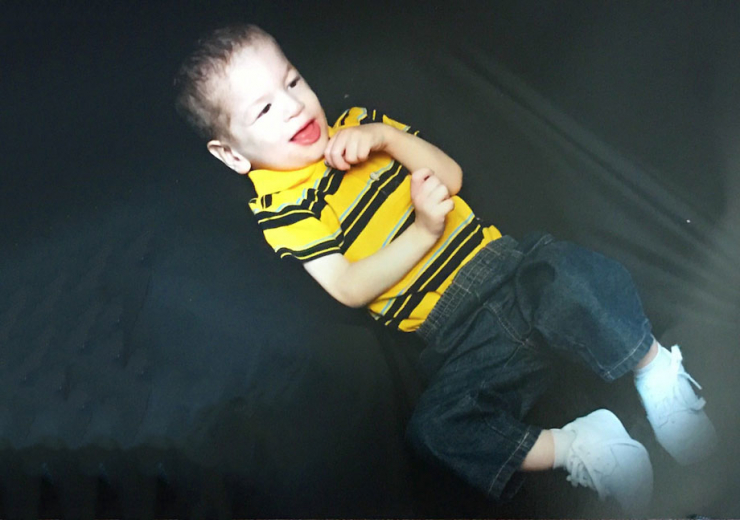 Joey first showed signs there was something wrong at about six months old. His pediatrician noticed several developmental and physical delays, and recommended he see a specialist. With every appointment, test, and procedure, doctors inched closer to a diagnosis, but it would be five long years before they confirmed Joey had Snyder-Robinson syndrome.

Around the same time, Joey’s cousin Gregory was showing many of the same symptoms. Genetics testing revealed he, too, had Snyder-Robinson syndrome, as did his little brother Vincent. Snyder-Robinson is an X-linked condition carried in the mother’s DNA, with male offspring having a 50% chance of being affected, and female offspring having a 50% chance of being carriers. With no known cases in their family history, Lori and Jim had no idea their daughters carried the mutation.

The news was devastating, but sadly, it wasn’t the last cruel blow they would endure. Gregory’s little brother Vincent, just a baby when he was diagnosed, passed away from the disease in March of 2015. 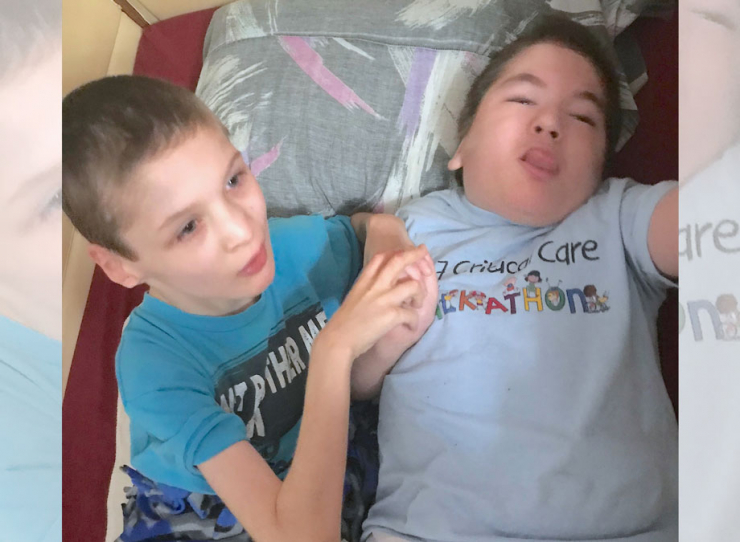 Gregory had been living with Lori and Jim at the time, along with Joey and his siblings, and he continues to need their care and support to this day.

Let’s think about all this for a moment. Lori and Jim have taken over primary parenting duties for two special needs boys, plus two more of their grandkids; they’ve lost a grandson; and learned their young granddaughters have a 50/50 chance of passing the genetic mutation to their own sons oneday. Everything they expected about retirement and their future changed in the blink of an eye, but they’re taking it day by day. 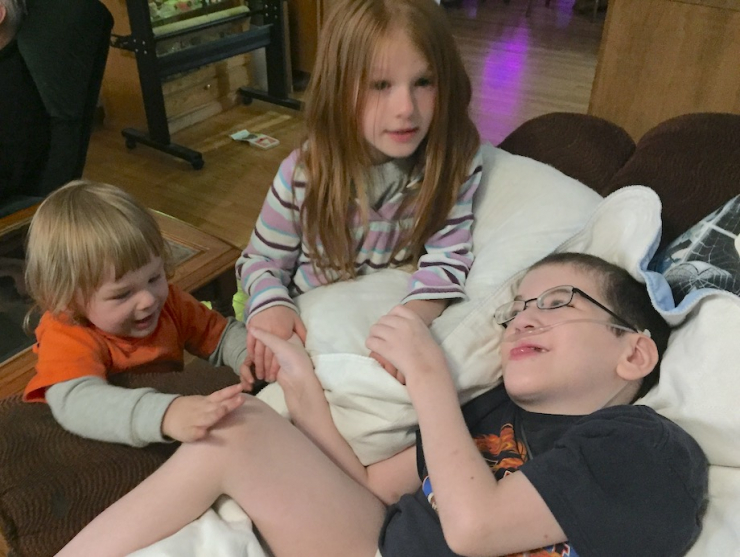 “When you have a special needs person in your home, it changes you. It changes the definition of family,” Lori explained. “We have all these ideas of what family looks like, what you do every day, like getting dressed, eating breakfast…it’s not necessarily like that with us – Joey has a G-tube for feeding, we use a wheelchair to transport him, and because of his fragile bones, even moving him in and out of his chair puts him at risk for fractures.” 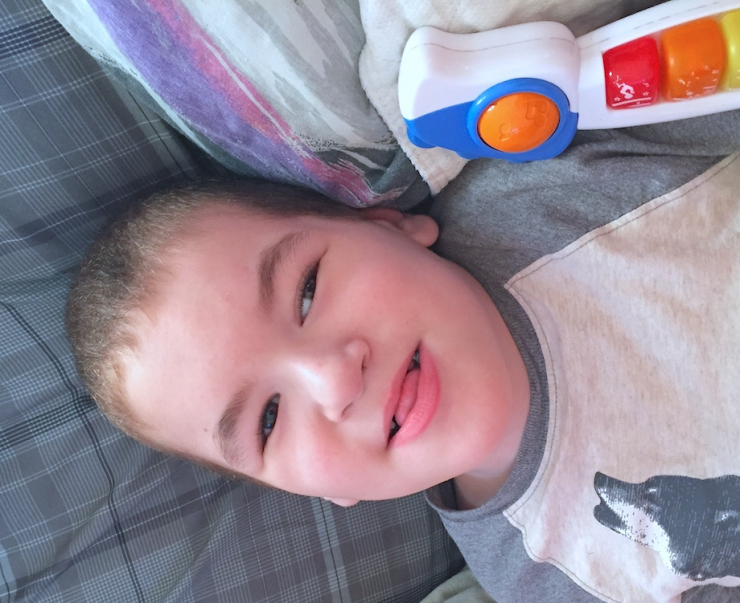 I asked Lori to tell me more about Joey’s personality – likes and dislikes, favorite things, etc. I’ve written about a LOT of exceptional people over the years, and while I’m continually amazed at their ability to overcome formidable challenges, it’s always fun to see what they have in common with the masses.

“He communicates mostly with facial expressions,” she said. “You can tell a lot by his eyes. Or he’ll grab your hand to get your attention, you can definitely tell when he’s irritated with you,” she laughed. 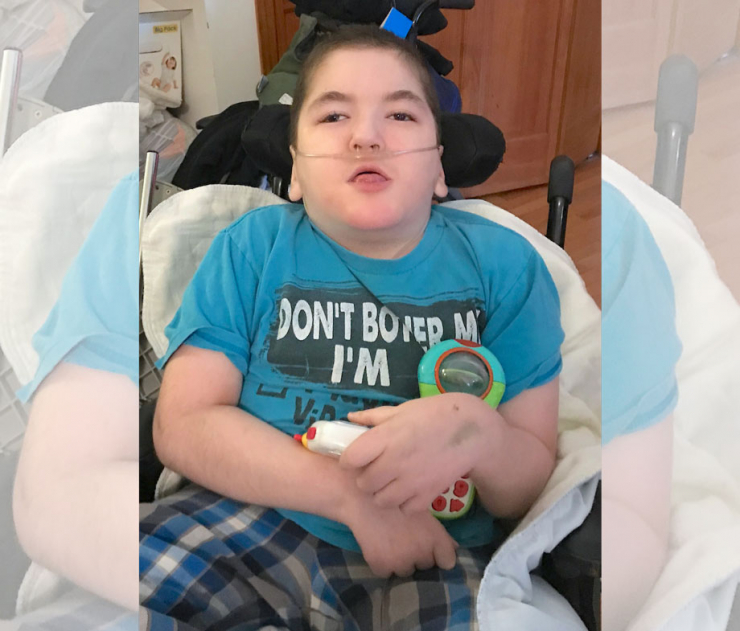 “He has a homebound teacher who comes once a week – he likes that. And he looooves music, especially Adele. When he’s really agitated or upset, we put on Adele to calm him down.”

This skit from SNL’s 2015 Thanksgiving episode immediately popped into my head and I had to stifle a giggle. If you haven’t seen it, it depicts a typical family Thanksgiving dinner, and every time the bickering gets out of hand, the little girl plays “Hello” to settle things down. It’s pretty great, and hearing Joey loves Adele, too really made me smile.

Snyder-Robinson may have robbed him of his ability to walk, talk, and experience the world like most people, but in so many ways, Joey’s just like us. Lori and Jim want to make sure his life is full of joy and meaning, and they reached out to Chive Charities for help making it happen. 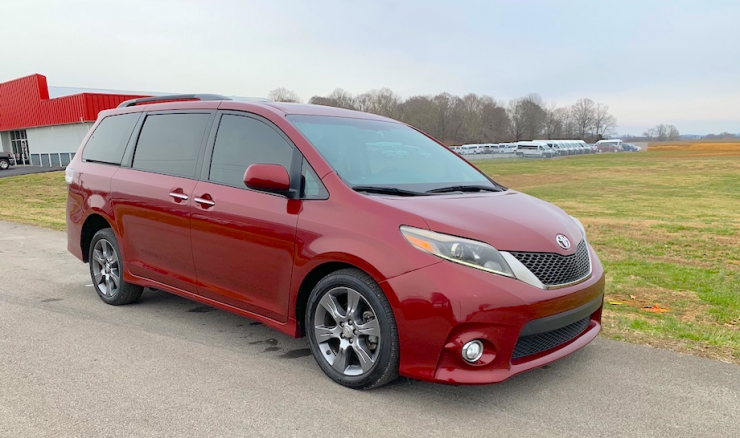 With a new wheelchair-accessible van (a $42,000 grant), they can safely take Joey to his many doctor appointments and save their backs from further strain, but they can also take him to the park, on family trips, and maybe to hear some live music sometime. Mobility really is the key to freedom, and we’re so happy to make a difference for this incredible family. 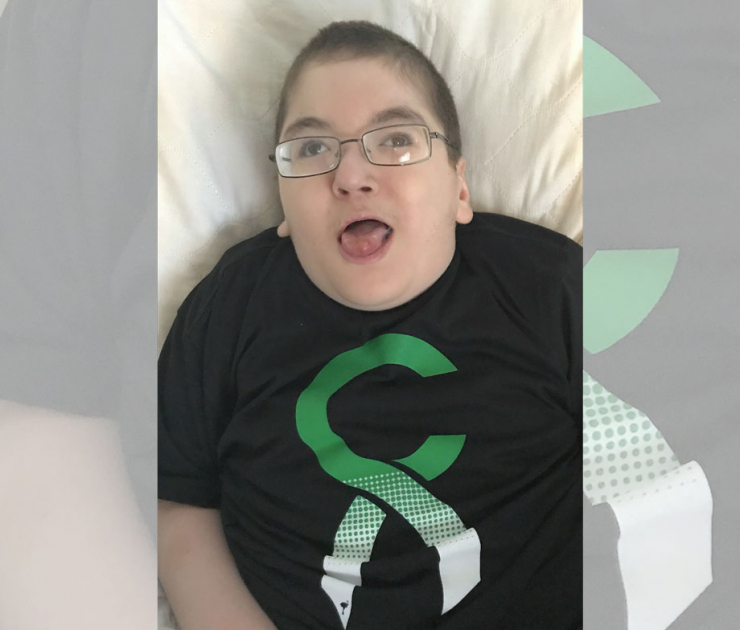 Today is a big day for Chive Charities – we have the monumental task of reviewing all the grant applications we received last quarter, taking a hard look at our budget, and deciding which deserving families and causes we can help this spring. It’s both the best and worst day of the season, because it’s awesome saying yes to as many applicants as we can, and it’s terrible saying no to the others. It would be so, SO cool if you became a Chive Charities monthly donor, and we could approve even more grants for people who really need our help. Are you in? Say yes RIGHT HERE.