CXSE and a weekend that changed a life forever

For most people with Friedreich’s Ataxia (FA) life starts looking a little different around ages 10 to 15, right between elementary and early high school.

It starts innocently enough. Maybe tripping or falling more frequently. Unsteady posture. Increased clumsiness. At first, many chalk it up to adolescence, growth spurts, or rapid development that will simply correct itself with time. Only things don’t get better as the weeks and months go by - things just seem to get worse. 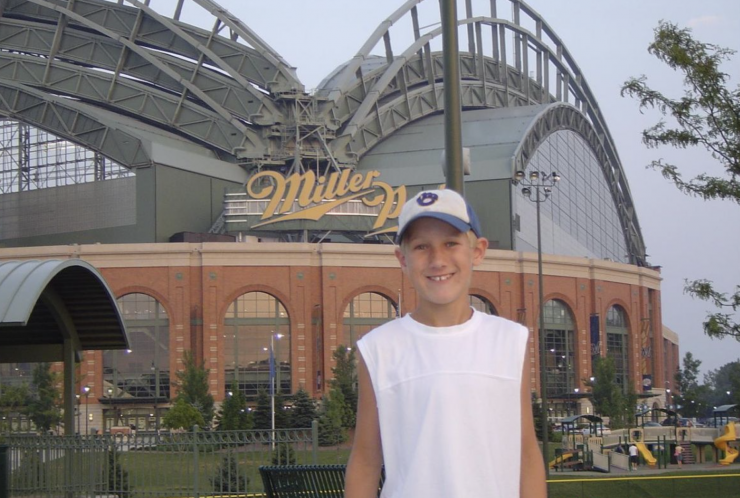 And then comes the diagnosis of FA, a genetic, progressive, neurodegenerative movement disorder. Essentially, ataxia results in an unsteady gait and poor control of fine movements of the limbs. But it’s not just arms and legs that are impacted - affected muscles in the mouth and throat can lead to slurred speech and impaired swallowing. 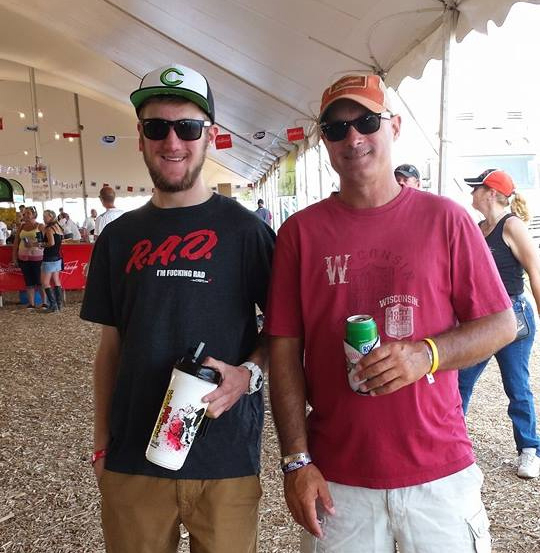 Steven Scott was in his early 20s and living in Northeast Wisconsin when he first started noticing some weird movements and clumsiness, but he was well past the typical onset for FA.

He spent his childhood and adolescence playing sports like baseball and bowling and used to swim all summer. As he hit his teens, he got into computers, gaming, and traveling as his ability to compete in sports slowly faded. For many years, he faced stability and dexterity issues that impacted his athletic skills, though never enough to warrant a trip to the doctor.

“By the time I started noticing disruptive symptoms,” he told us, “things started getting worse pretty fast.” 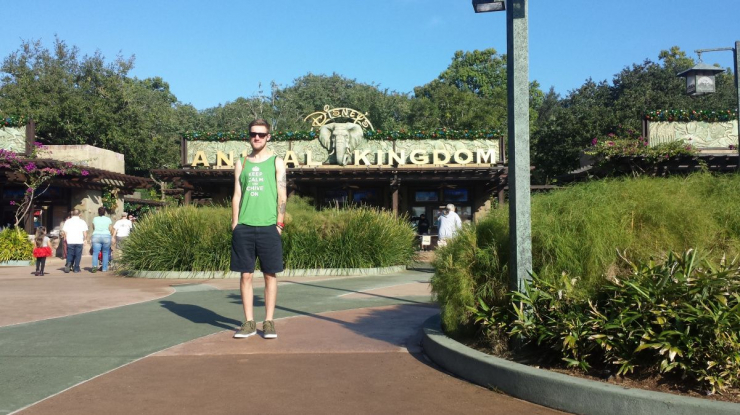 He began to seek medical help in 2018, and while he could walk unassisted, his gait was impacted and he was tripping a lot. One year later, he needed to use a walker full time, and by 2021 - just three years after he first sought treatment - Steven was fully dependent on his walker and now rotates between it and a wheelchair 50% of the time. Getting in and out of vehicles also became a huge burden.

It was a lot of change in a very brief period of time for someone so vibrant and athletic, and while Steven finally had an answer for the puzzling symptoms he experienced, it was still extremely difficult to adjust to his new reality. 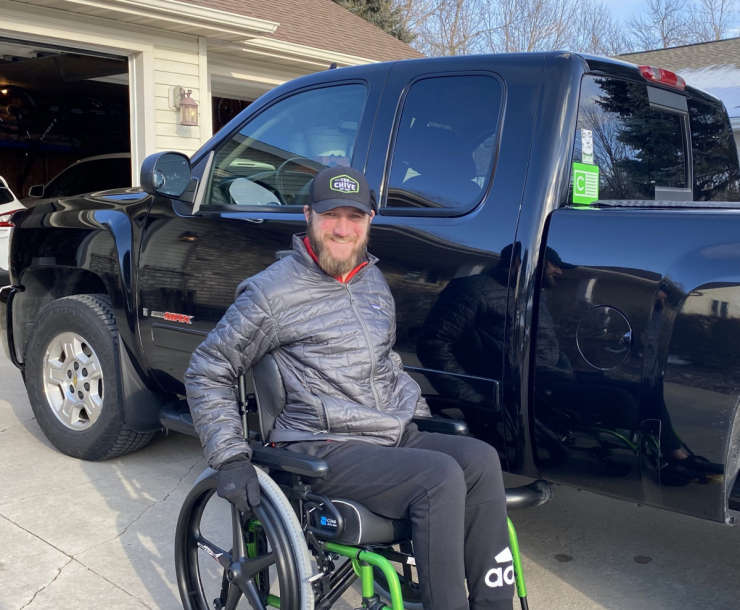 “Once I was officially diagnosed and I found the reason for my stability and dexterity issues, things started to make a lot more sense,” Steven said. “But the hidden downside to that was the financial challenges and a rapid decline in my mental health.”

These last three years have been overwhelming in many ways, and it’s a testament to Steven’s strength that he’s been able to find a way forward. It’s also a testament to his incredible support system of friends and family that help support him through the struggles, encourage him to stay positive, and aid with day-to-day tasks. 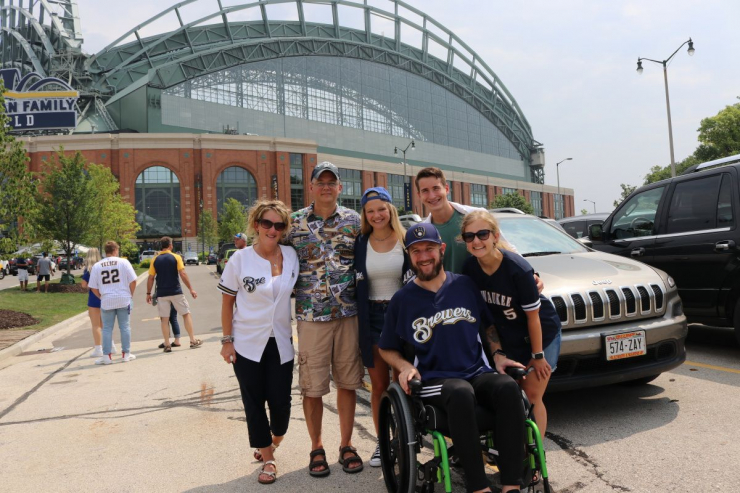 The one thing they couldn’t seem to control or manage was helping Steven get himself and his new equipment in and out of vehicles. Standard cars just aren’t set up for that kind of thing, and the expense to retrofit or adapt them can be staggering.

Luckily, there was another support system for Steven that could help with that very thing. We’ll let our very own Jenn Holub take it from here:

When our team and Board Members gathered together in May for our most recent grant application review, Steven’s request appeared on the screen and almost immediately, John Resig and I locked eyes and a grin washed over our faces. Why? Because in every other picture he submitted, Steven was wearing a CHIVE tee. 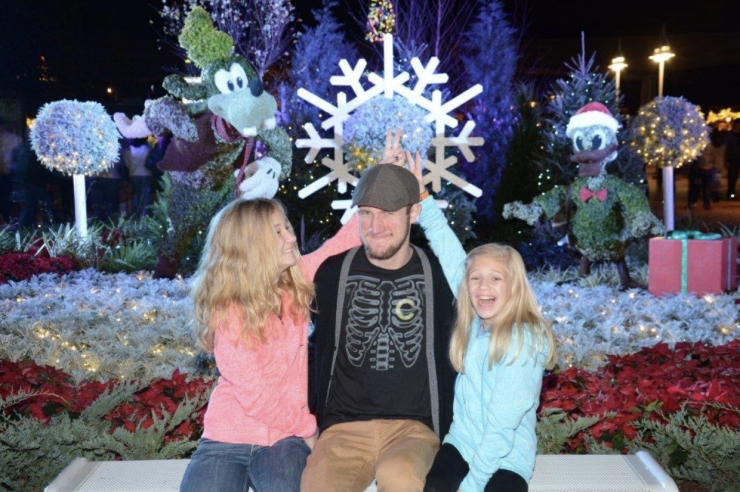 There’s something beautiful about our community, lovingly called Chive Nation. They do good for everyone, but they move mountains for each other. Chivers help Chivers — always and without question — and with one of the community’s largest events coming up, we couldn’t imagine a better opportunity to properly welcome this fellow Midwesterner into our recipient family.

Flash forward to June 29th and we were on a plane en route to Key West, FL for CXSE 4. 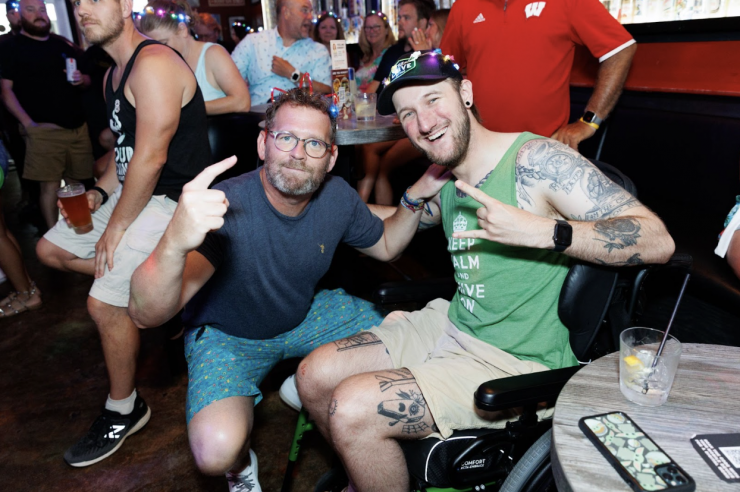 And it didn’t disappear for the next four days, instead, it grew… but then again, it wasn’t just us putting in an effort to keep it there. John’s private chef, pool time, and cocktail parties aside, Steven quickly learned that he had a brand new support system that wraps around the globe. After all, no matter where you find yourself geographically, in Chive Nation, you’re always a local. 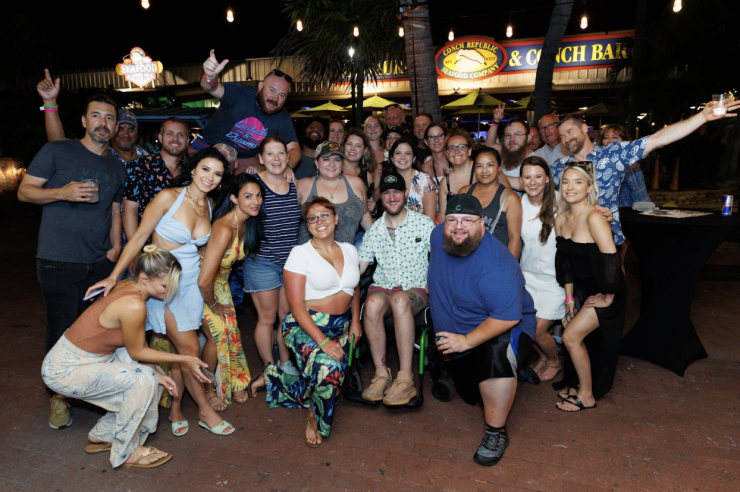 Next up, CXSE 4 at General Horseplay. 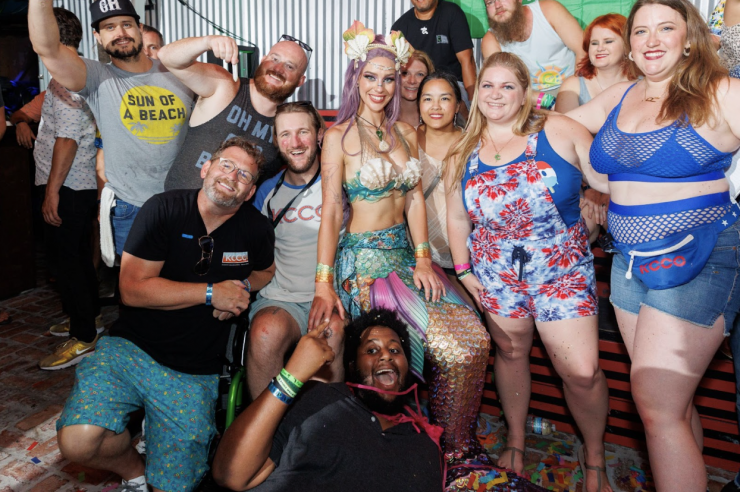 Being a bar owned by Bill Murray, you can imagine that shenanigans aren’t just accepted, they’re strongly encouraged. So mix in a live band, a couple of bubble machines, a mermaid (yep, true story), and Chivers from across the country, and you get the true definition of ‘partying with a purpose.’ 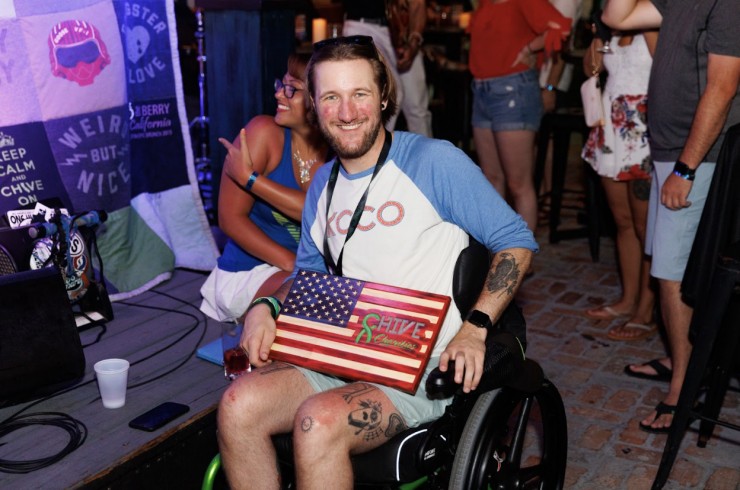 Because at the end of the day, independence doesn’t mean facing challenges alone. Great tan aside, Key West gave Steven something so much more: a new family, thousands strong. 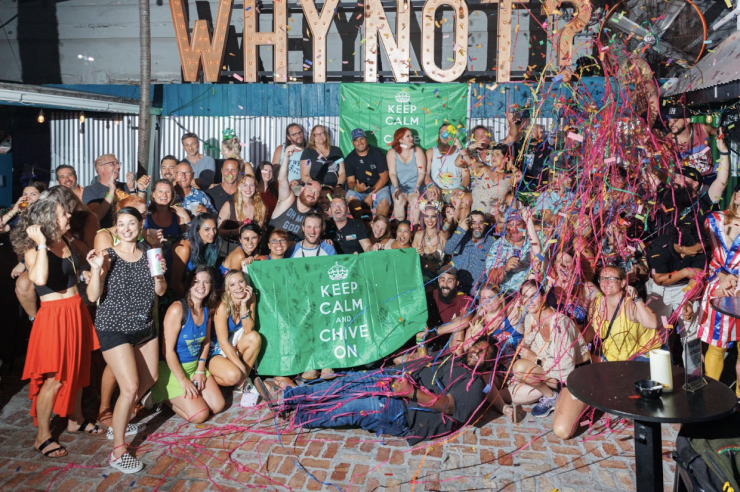 To everyone who made CXSE 4 possible and all of you who have supported our mission and been an ambassador for recipients like Steven, I'll leave you with this. 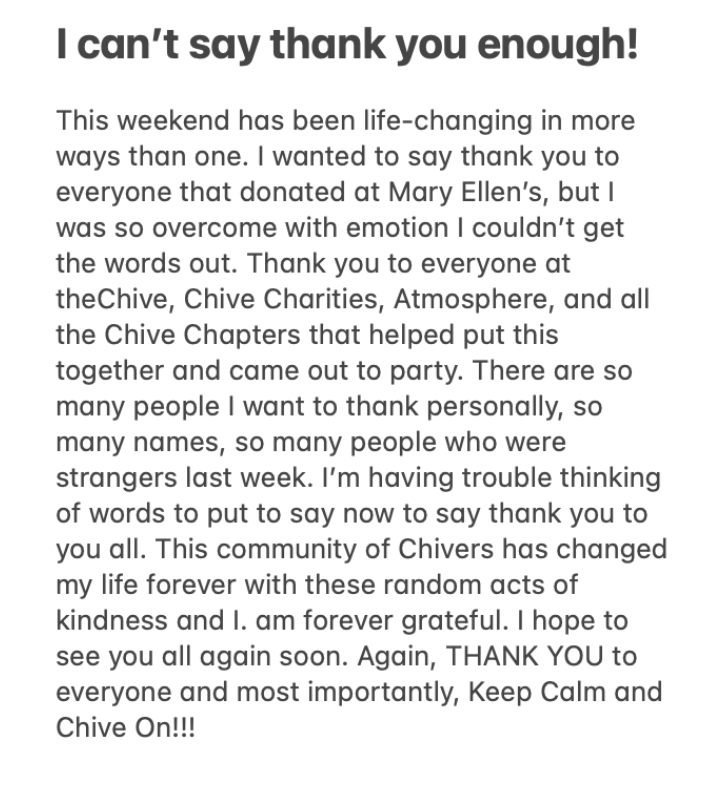 And while Steven (and his dad, Jeff, who happily joined him) had arguably one of the greatest weekends of their lives, an epic trip to Key West wasn’t all we would provide. You see, Steven’s new mobility challenges created a lot of unexpected barriers, and he needed some extra help maintaining his independence while safely transporting the equipment he relies on.

Thanks to the Chive Nation community and each and every one-time and monthly Chive Charities donor, we were able to fund a Glide ‘n Go Single-Fold lift seat (helping Steven enter and exit his truck from his wheelchair to the vehicle seat) and an Easy-Stow device (lifts the wheelchair into the truck for him). In total, the grant impact was $13,200. 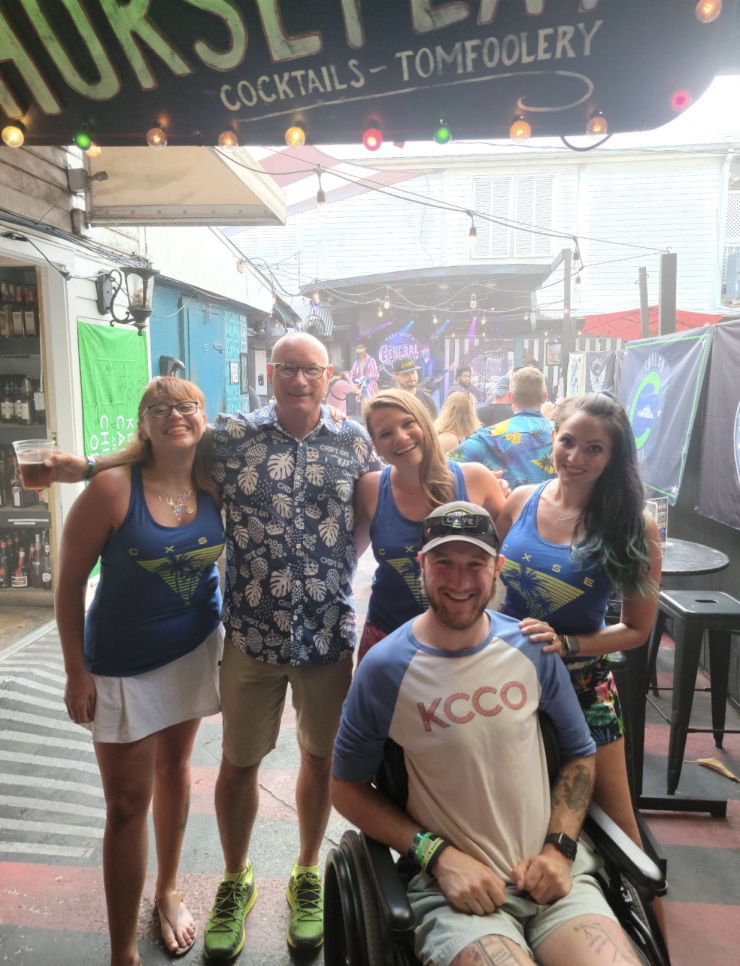 And because so many people participated in the Key West fundraising, we were able to raise $25,000 to cover Steven’s item in full, plus enough left over to benefit another Chive Charities recipient.

Not bad for a few days in the land of Jimmy Buffet. Not bad for a community of misfits. Become part of our movement to make the world 10% happier for people just like Steven and DONATE HERE.