Battling back after spinal cord trauma

One year of FES therapy treatment 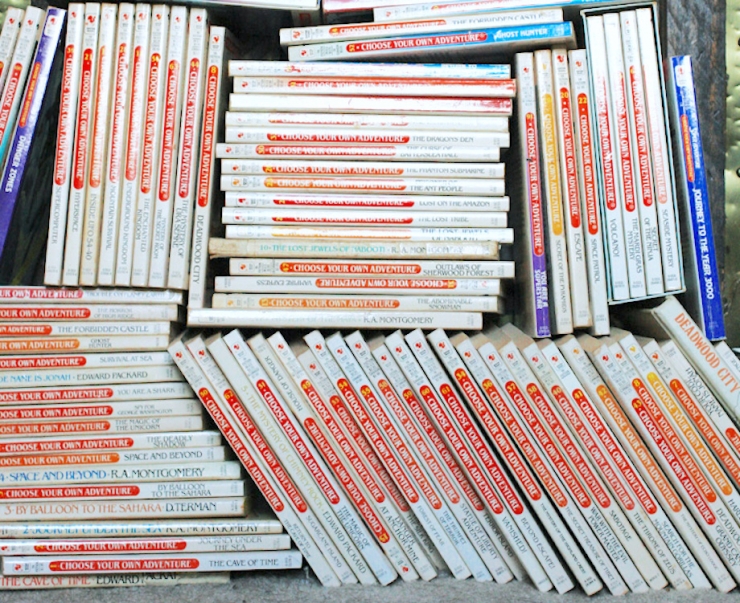 You’re walking down a busy street in town. You pass several shops, a bank, and a handful of offices. As you approach the intersection, your stomach begins to rumble. Instinctively, you look at your watch – it’s 4:30 p.m. To your right is the local pizza joint, home of the best slice in town. To your left is a neighborhood pub, where your favorite draft and a barstool with your name on it wait inside. You have $6 in your account and two more days ‘til payday. What do you choose? 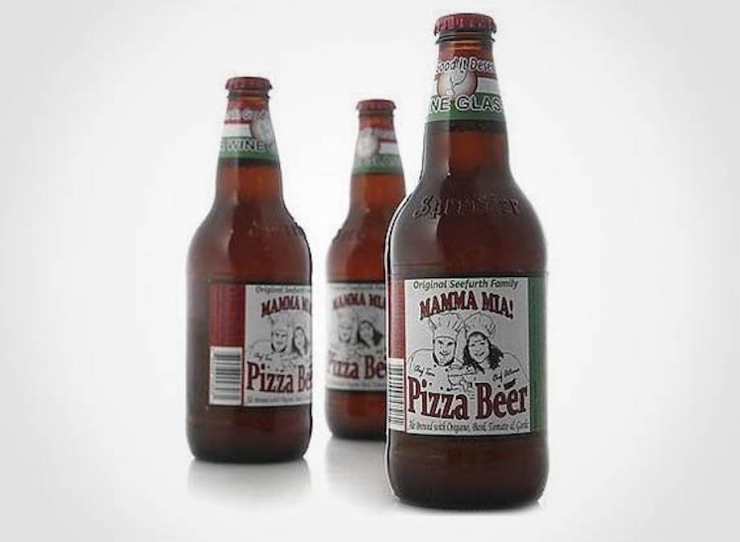 My point is this: we make choices every day, some good, some bad, and while we tend to get better at it with age, there will always be some “hold my pizza-beer” moments no matter how old we are. Something as simple as choosing which path to take could change your life in the blink of an eye… 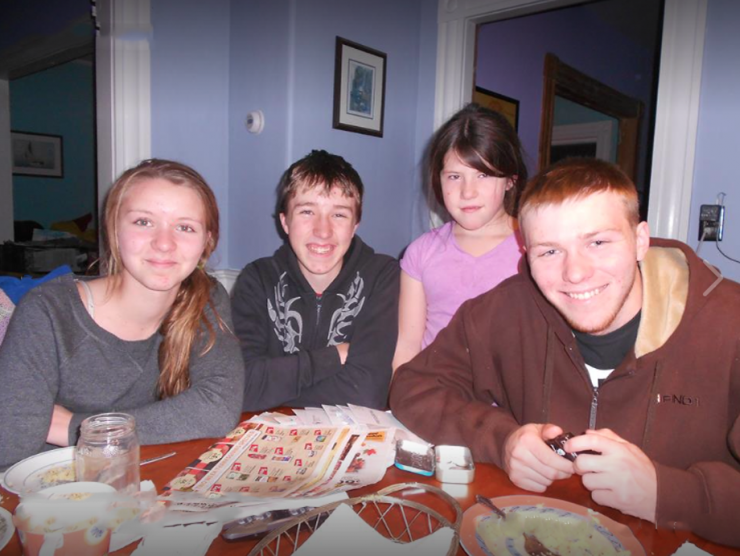 Do y’all have siblings? I have two and a half sisters. No brothers. Probably good because I’m really competitive but also kind of sore loser, and I don’t think I could take the kind of grief brothers give their little sisters. Sierra, on the other hand, has no problem with it. She’s on the far left, the beauty in the gray pullover, and she’s the reason we’re all here today. 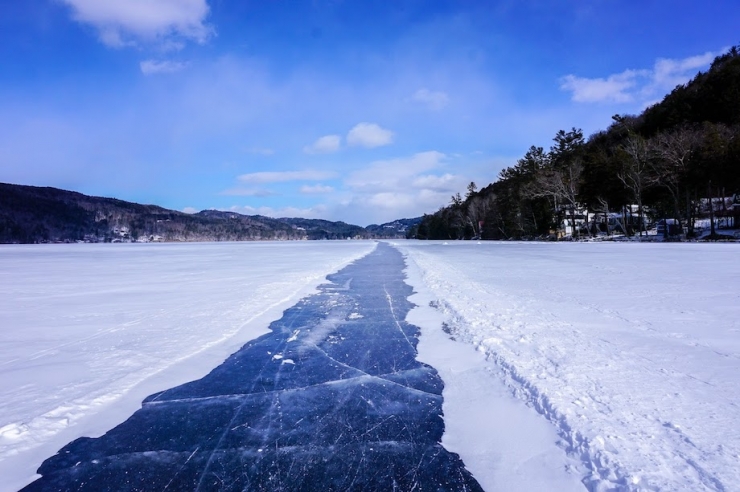 Sierra, her three siblings, and their parents live in rural Vermont, right next to a mountain lake resort. Every year, the kids were offered skating or skiing during their winter program; Sierra always chose skating while her two brothers learned how to ski. 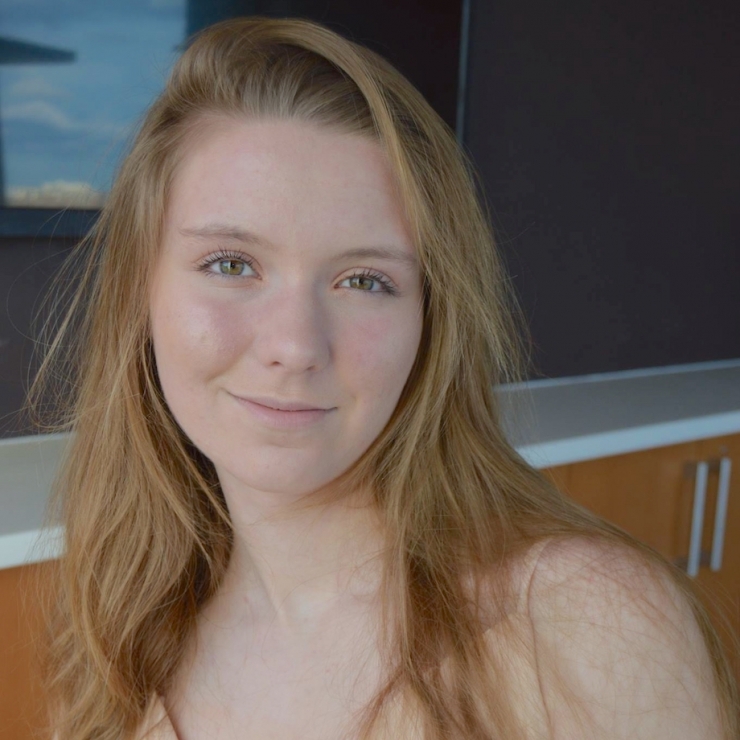 A bit on the shy side, Sierra really started to bloom in high school. 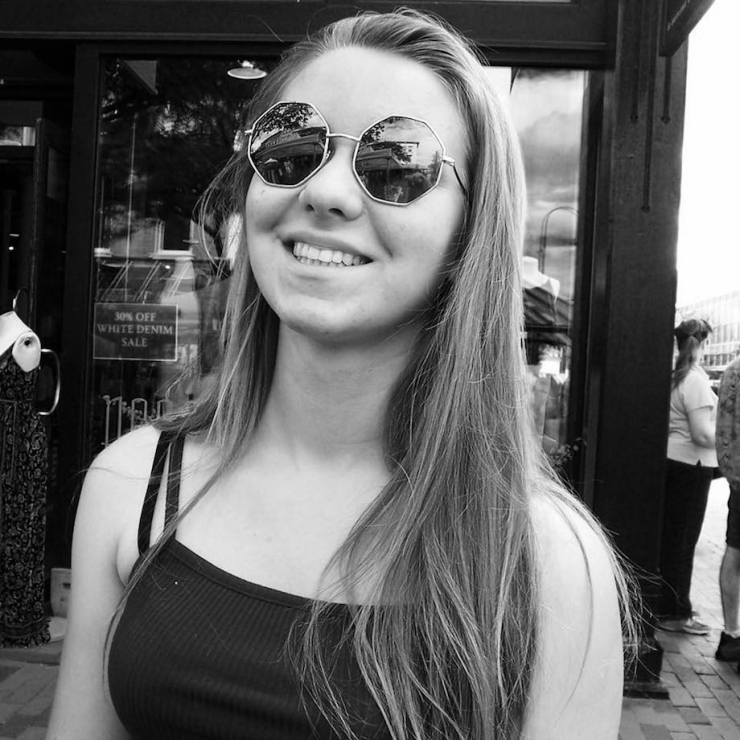 She was saving for a trip to Europe, The Louvre high on her list of sights to see. 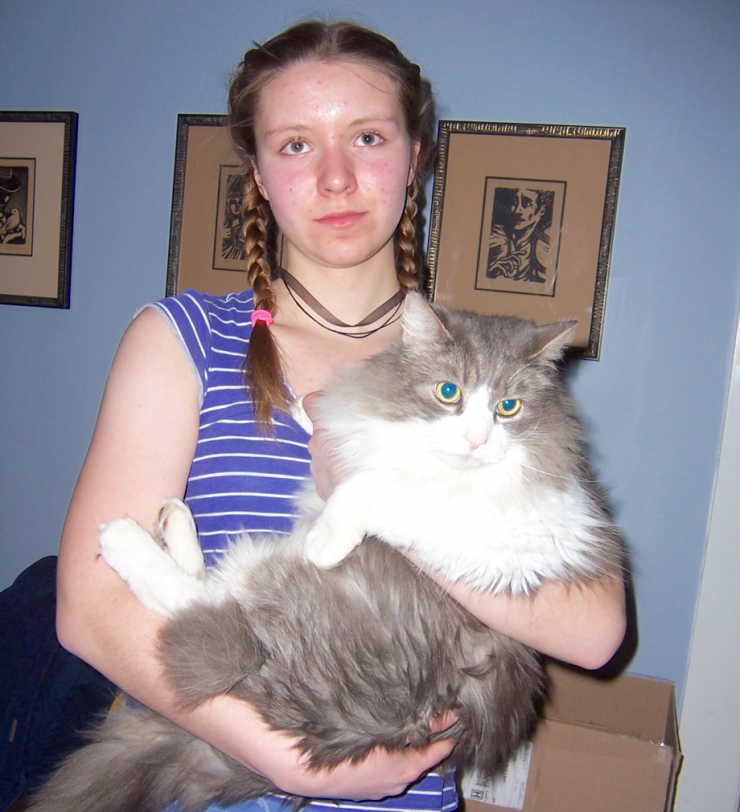 For all you cat-lovers out there, and anyone with a working knowledge of “The Aristocats,” this is Thomas O’Malley, Sierra’s 18-pound favorite feline. She loves all furry creatures, her mom said, and they agreed she could have another pet if she made the honor roll. 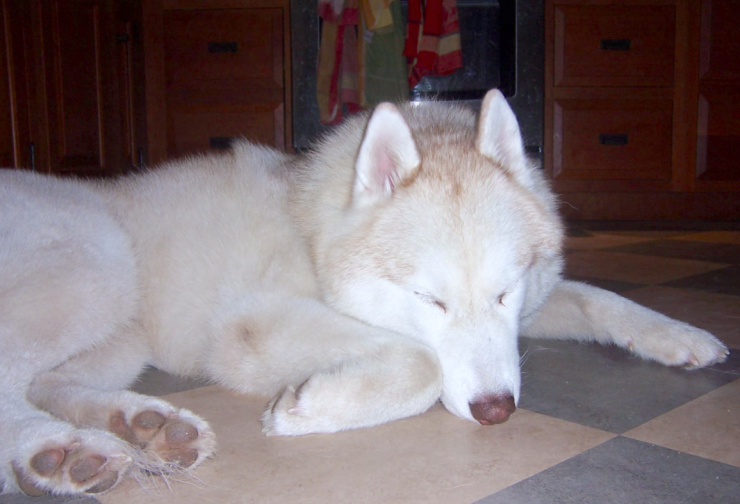 Enter Quincy, Sierra’s “hysterically funny howling husky.” I forgot to ask Susan what that means, but I’m making a note to follow up ASAP. 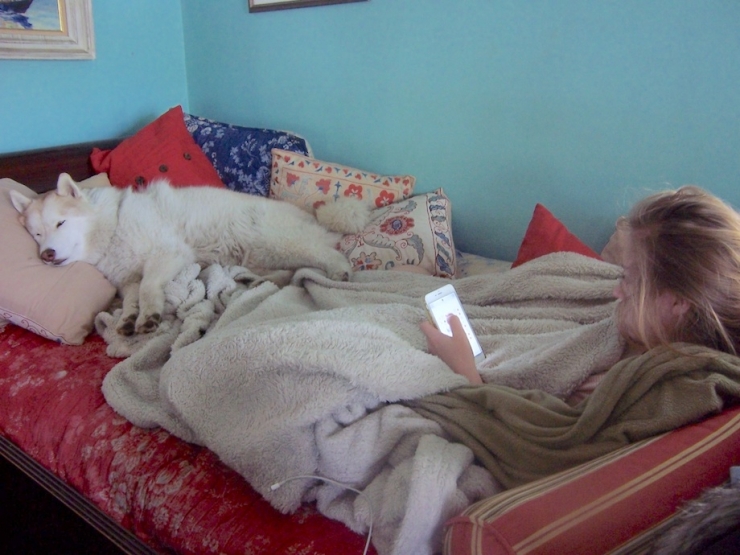 Things were going really swell for Sierra and her family. 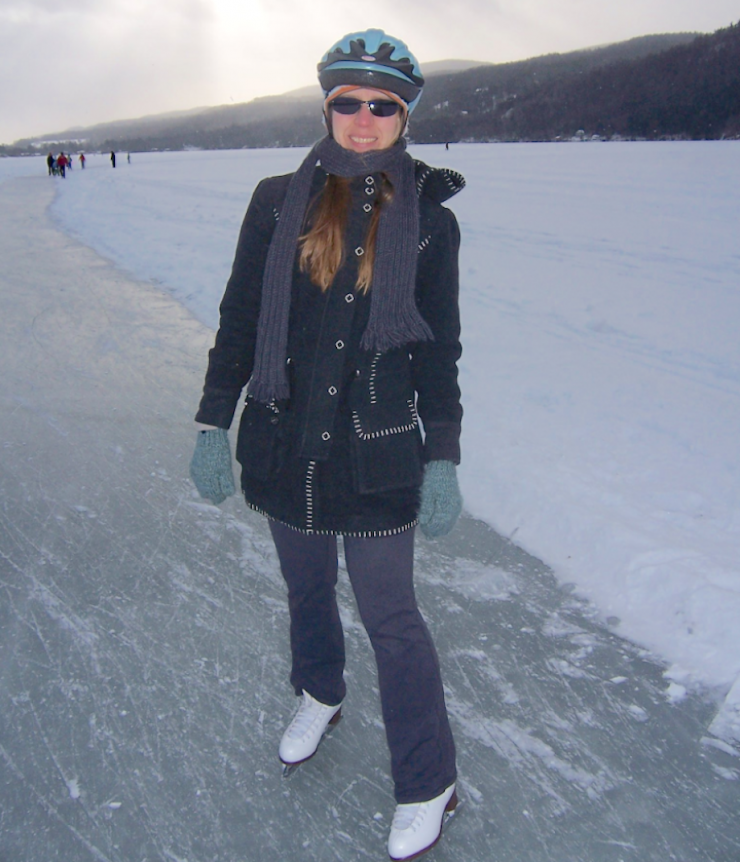 “One day, Sierra asked me if I had done any skiing,” Susan remembers. “I said yes, but it was a dangerous sport and I was not very good at maneuvering the skis, and one time I had gone over the edge and crashed into some trees. I took that to be a sign that I probably should not continue. She took that to heart until this past winter in 2017.”

In late February, Sierra’s younger sister Sofia decided she was ready to give skiing a try. She spent a few days learning from their older brother Jeremy, a seasoned ski instructor, but Sierra was not to be outdone by her little sis. She told Jeremy she was ready to learn. 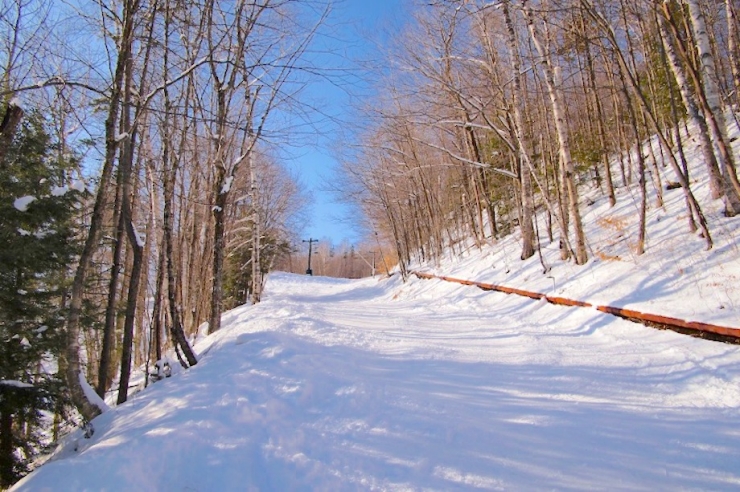 February 23, 2017 was a very bright, very cold day at the Dartmouth Skiway in Lyme, New Hampshire. Sierra got the hang of skiing very quickly. Naturally athletic and ultra competitive, it didn’t take long before she struck out on her own, challenging her brother in a race to the lodge. Winner got a brownie.

Shortly after getting off the chair lift, Sierra took a wrong turn and found herself on a surprisingly steep run. She hit an icy patch, lost control, and landed hard on her lower back. Jeremy knew immediately something was wrong – Sierra wasn’t at the lodge when he made it to the bottom. He alerted ski patrol, and together, they found Sierra in record time. 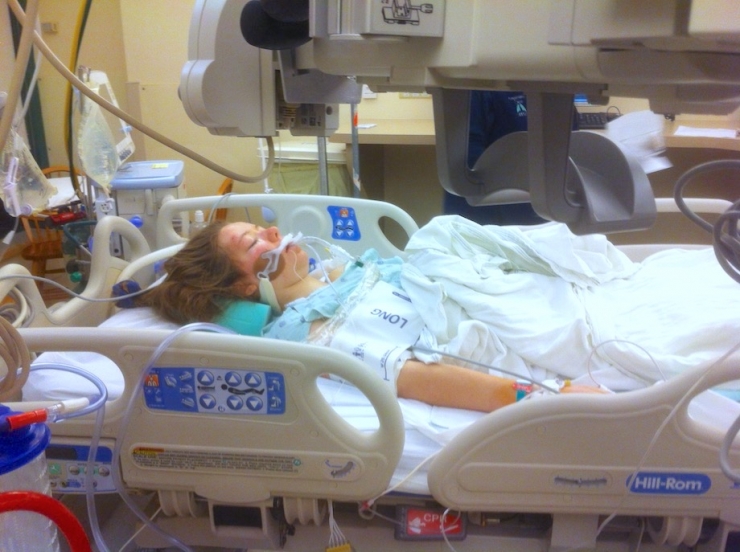 “From that moment, everything we as a family knew to be normal was turned upside down and inside out,” Susan said. Sierra was in tremendous pain, but she was conscious and had some feeling in her legs. An MRI revealed a burst lumbar 1 vertebral fracture with compression of her spinal cord, the best treatment being a risky, 12-hour surgery to repair and stabilize her battered body.

Sierra came through the surgery with flying colors. She had movement in her legs, no bone fragments remaining, and the compression relieved in her spinal column. It was the best possible result, and her family breathed a collective sigh of relief.

But 36 hours later, Sierra’s hopes of a full recovery were gone in a flash.

There had been a spinal stroke, the doctor said over the phone, something so rare they don’t know what causes it or how to prevent it. A lumbar drain was placed to relieve pressure in her spinal column, but the damage was done. She had no feeling in her legs below her hips. 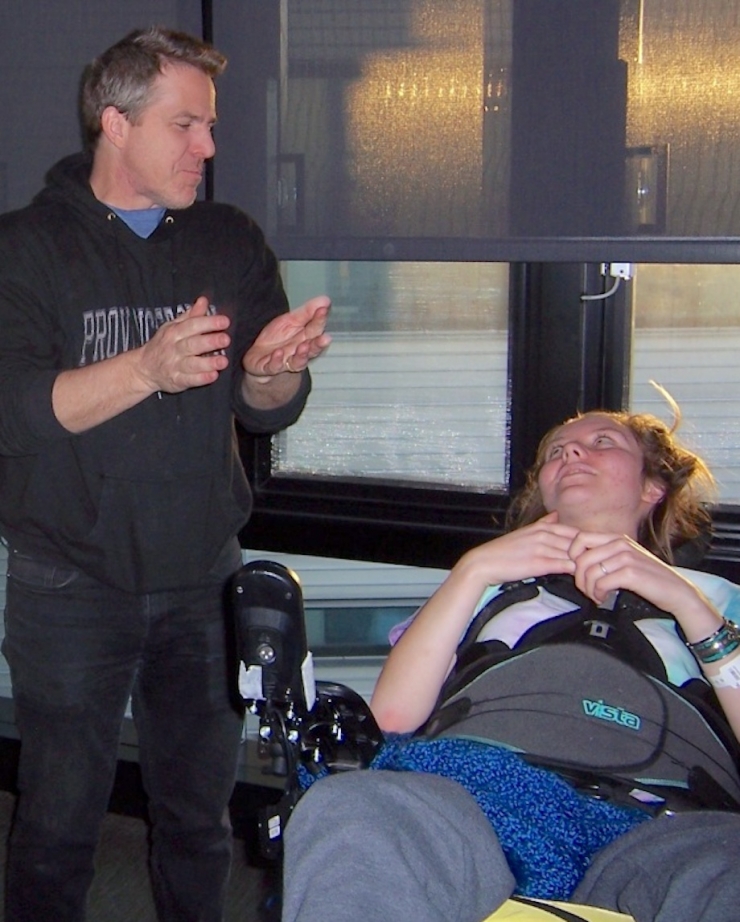 The following days, weeks, and months were an agonizing, mind-numbing marathon of sleepless nights and worry. The community rallied, providing meals and support, but Susan admits their devastation was profound. Guilt, sadness, and despair threatened to take over. 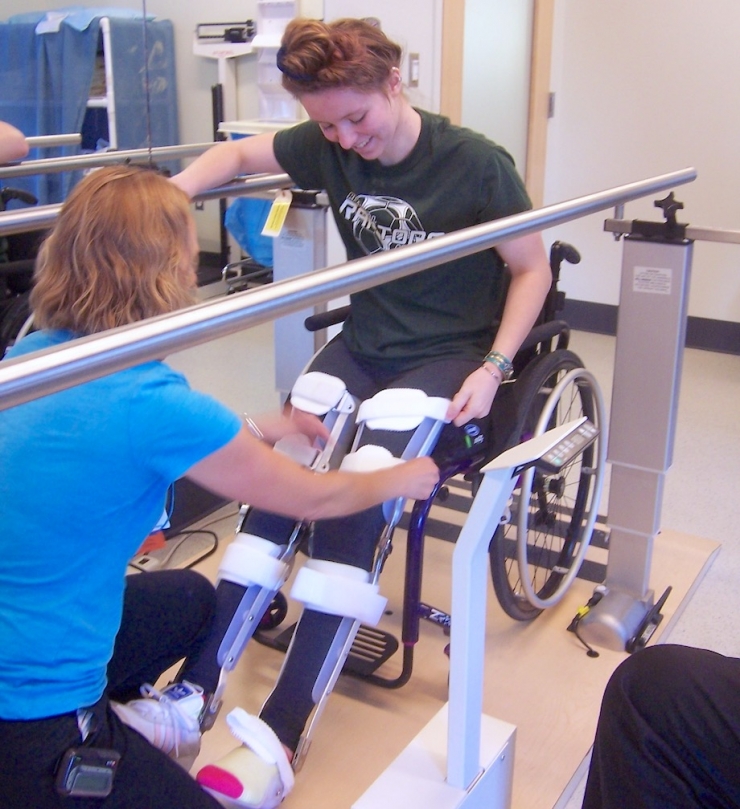 Once again, Sierra’s competitive nature kicked in. From the pediatric intensive care unit, she moved to a post-surgery room, and then on to a rehab facility in Boston where she got right to work. Every weekend, her parents and little sister traveled from Vermont to Massachusetts to spend a few precious days together before returning to what was left of their lives.

Ready for a bit of good news? 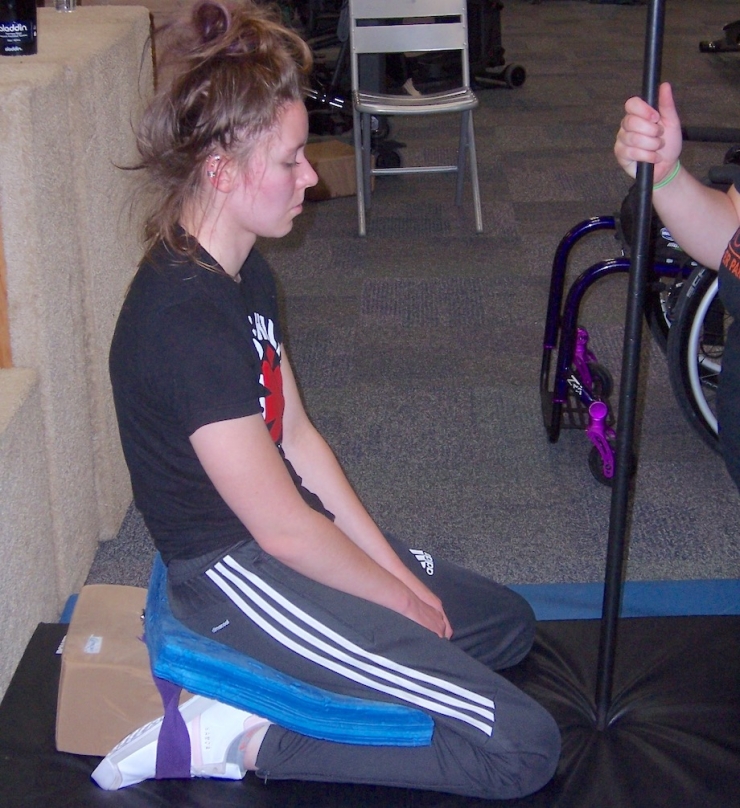 First thing: doctors believe inflammation around Sierra’s spine may be causing her paralysis, and that it’s possible she could regain her mobility if/when the inflammation subsides. 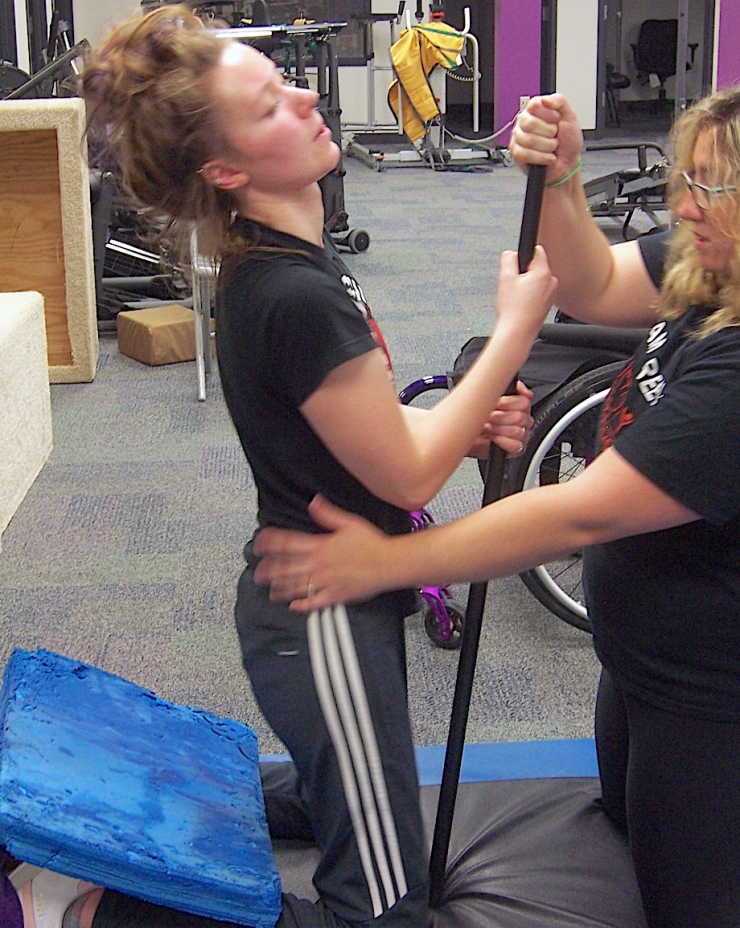 Secondly, Sierra still has movement in her hips, and this could also indicate the possibility of recovery somewhere down the road. One of Sierra’s therapists told Susan it could take as long as four years to wake up the nerves damaged in the accident. “That’s O.K.,” she replied, “I have time. I have hope. I can’t ever give that up.” 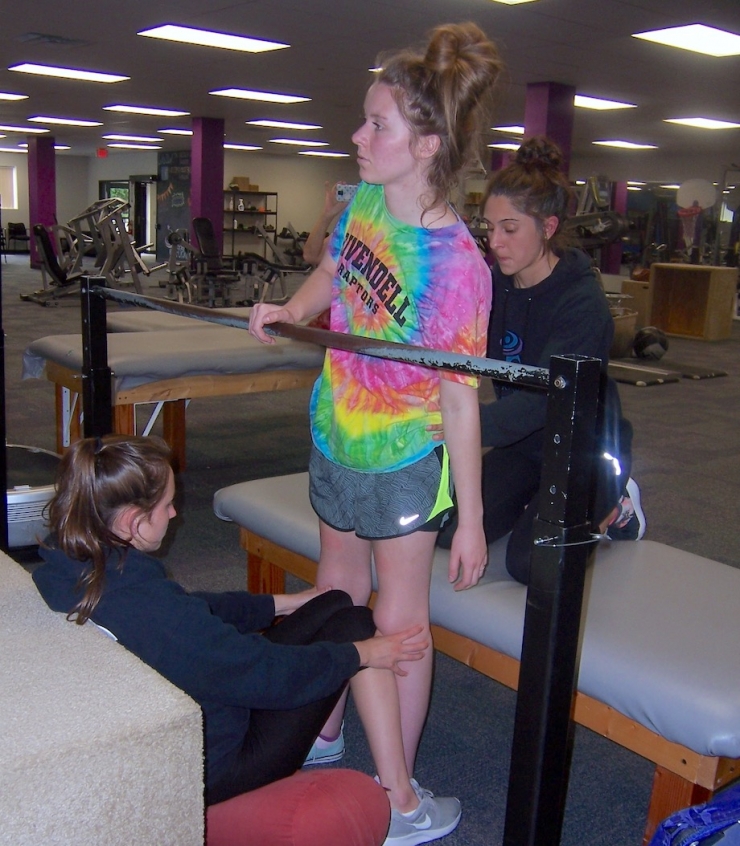 Sierra’s not giving up either. Instead of moving back home with her family after nine weeks in rehab, she’s living with her grandmother in Massachusetts to undergo three hours of intensive physiotherapy three times a week. She’s building strength, making slow, steady progress (she can lift her body weight with her arms now – you should see her guns!), and working hard for the day her spine wakes up and she can walk on her own. Her family believes that day will come, and we do, too. 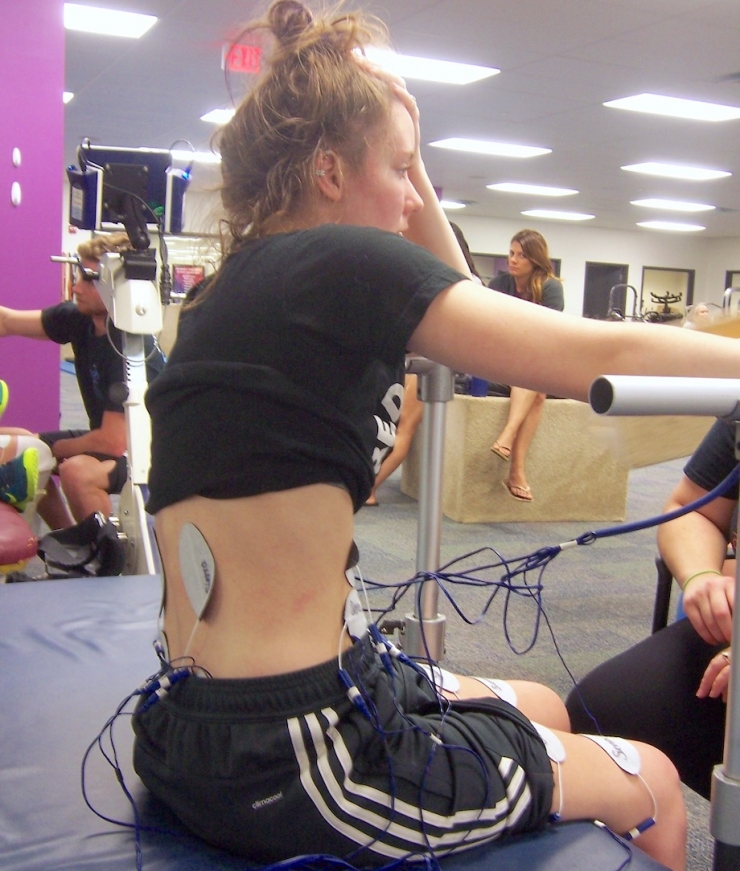 It’s why Chive Charities granted Sierra and her family $20,000 to cover a full year of physiotherapy at Journey Forward. As a team, they’re committed to helping Sierra achieve full recovery, and if she can’t walk across the stage at commencement this spring, perhaps she’ll wow us all at her college graduation in a few years. We’ll keep you updated. 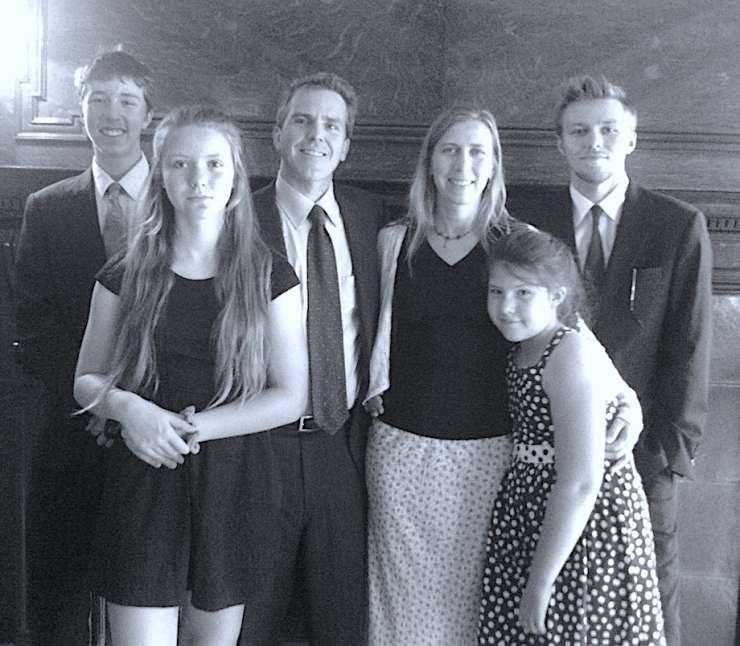 Curious, I asked Susan if anyone in their family had been skiing since the accident – they haven’t, the kids are still pretty gun-shy. “We tell them to ski if they want to, and not to think of it in terms of something bad happening again. This was a very unfortunate moment in Sierra’s life,” she said, her voice getting quiet. “Everything in life is a risk, but we believe it’s about moving forward, not standing still. You have to keep your eyes on the horizon. That’s all there is.” 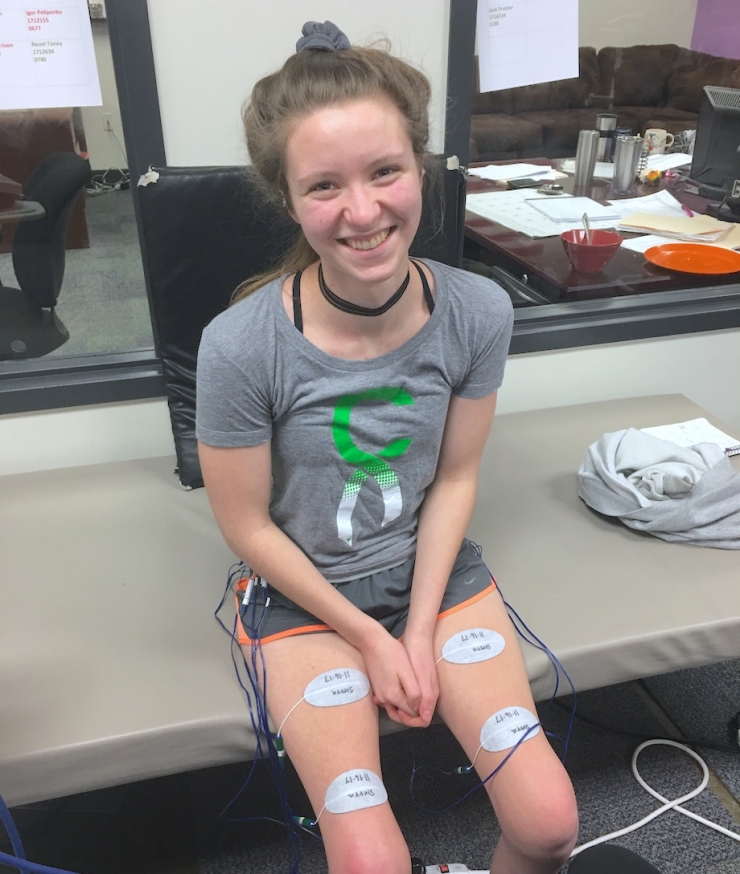 And this is where YOUR Choose Your Own Adventure begins. Will you choose to close this page and go on with your day? Or will you choose to make a difference in the lives of hundreds others like Sierra by donating monthly to Chive Charities? Become a Green Ribbon donor HERE and choose to make the world at least 10% happier! 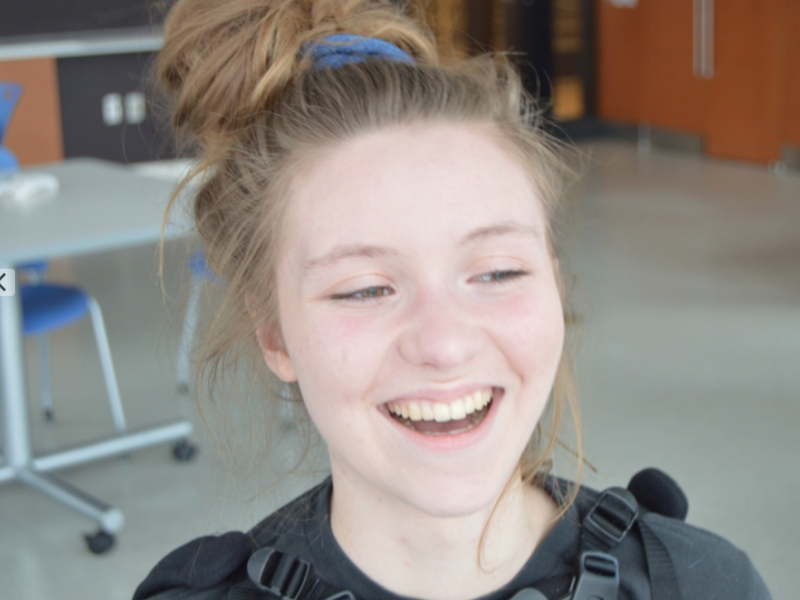