After returning home from 4 years of active duty, Zach was immediately gripped by the unforgiving symptoms of PTSD. After two years of struggling on his own, he reached out for treatment. He was placed by the VA on a lengthy wait list to see a psychologist. Without the support he so desperately needed, Zach began to unravel. Before he knew it he was homeless, estranged from the life he lived and the man he used to be. Finally his case manager from the VA got in touch with Zach, and recommended he seek treatment at a place called The Pathway Home.

Ben served the US Army over a period of 8 years. He went on 5 total tours, including 2 to Afghanistan and 1 to Iraq. When he came home he found it challenging to transition back into his civilian life. Quickly, ‘challenging’ became ‘impossible,’ and Ben was sucked under the riptide that pulls down so many veterans and he found himself drowning in paranoia, depression, and nightmares. Soon after, another one of our country’s veterans was on the streets without a home, a support network, or a shred of hope.

The numerous side effects of homelessness took their toll on Ben, but none more so than his strained relationship with his daughter. He hit his wall after 4 years with little to no contact with her, and showed up at The Pathway Home with nothing to lose - and everything to gain.

Stories like Ben’s and Zach’s are unfortunately common. When their world slips from beneath them and they have nothing to grab onto, our heroes fall. That’s why The Pathway Home was created in 2007 - to help them get back up. The program is tailored to the specific needs of this community. It’s mission is to provide evidence-based and holistic treatment so combat veterans can dramatically improve their quality of life. With tools like education, group therapy, and community support, veterans are given the individualized care they need to assimilate back into society. Since opening their doors, The Pathway Home has served over 400 veterans and is continuing to drastically change lives every day. This unique program is building a future in which veterans with PTSD can find peace.

John Resig, co-founder of theCHIVE, was sipping wine at Taylor Family Vineyards in Napa, and struck up conversation with Mike Taylor. He told John about The Pathway Home, how it was saving veteran lives and getting them back on their feet. Keen on finding a way to support this program, John recommended they apply for a grant to Chive Charities. The Pathway Home received a grant from Chive Charities for$25,000, or enough to push two veterans - like Ben and Zach - through the entire program at no cost to them. 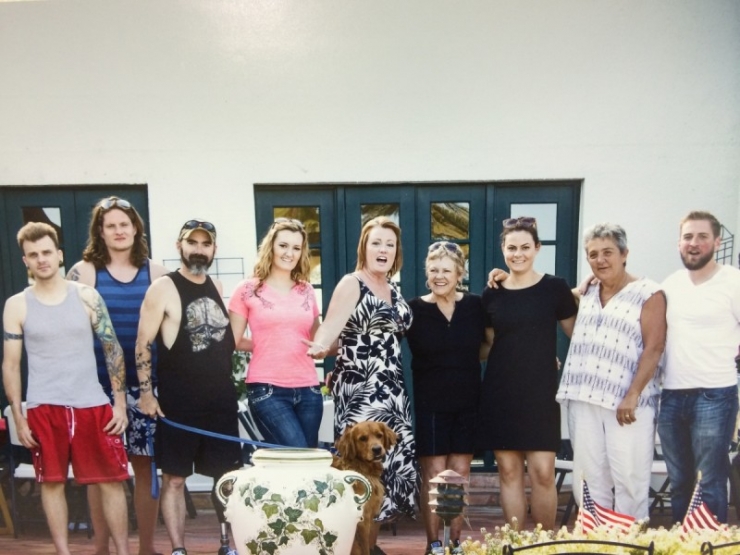 After completing the 4 month program, Zach (far right) now volunteers at The Pathway Home. Here the program residents, staff, and volunteers enjoy some pool time and a break from the rigors of treatment. 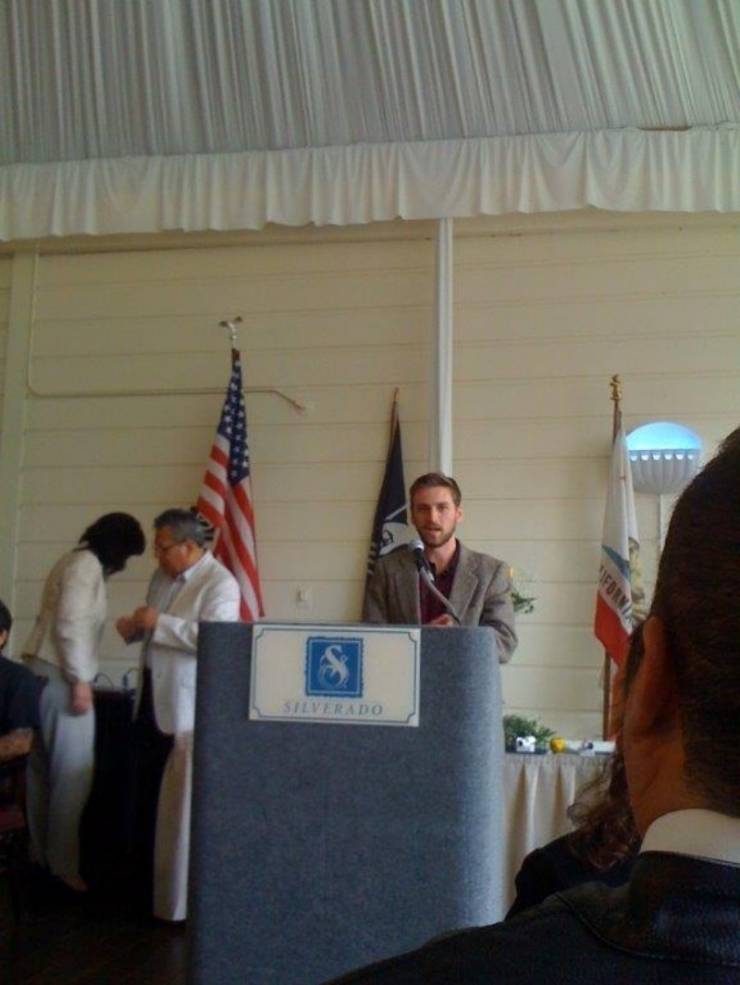 In his commencement address, Zach said that for the first time since he was honorably discharged, he “felt like he was somewhere safe.” After this photo was taken, Zach went back to school. He graduated at the top of his class with a Bachelor’s degree in Psychology, and now is preparing for a doctoral program in clinical psychology for the Fall of 2015.

When asked why others should support The Pathway Home, Zach simply said, “I started my journey at The Pathway Home as a homeless combat veteran and in just a handful of years I’ll be a doctor. Can any other program say that?” 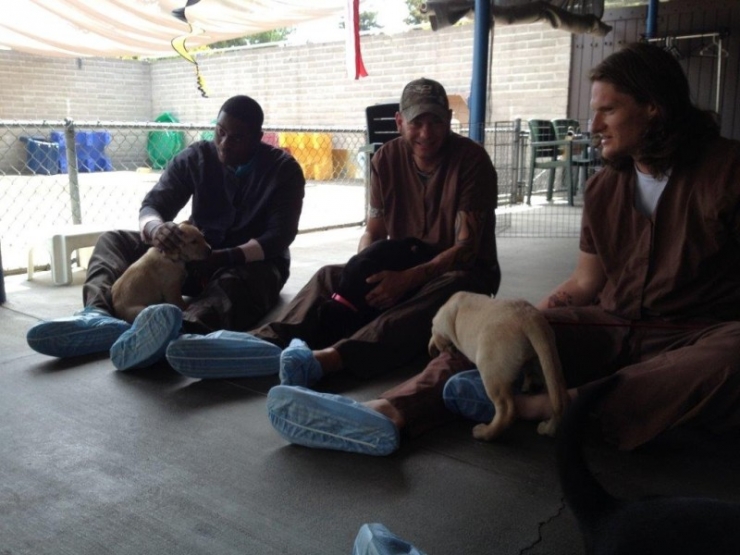 Ben, (middle) and some other residents meet labrador puppies with Guide Dogs for the Blind. The residents of The Pathway Home help provide early training for these puppies to mutually support other rehabilitation organizations.

When he started the program after years of homelessness, Ben expressed that he didn’t believe he deserved to have a home. After the 4 month program, his sense of self-worth has changed dramatically. He has a girlfriend, and comes by The Pathway Home often to keep in touch. Best of all, he has repaired his relationship with his daughter. 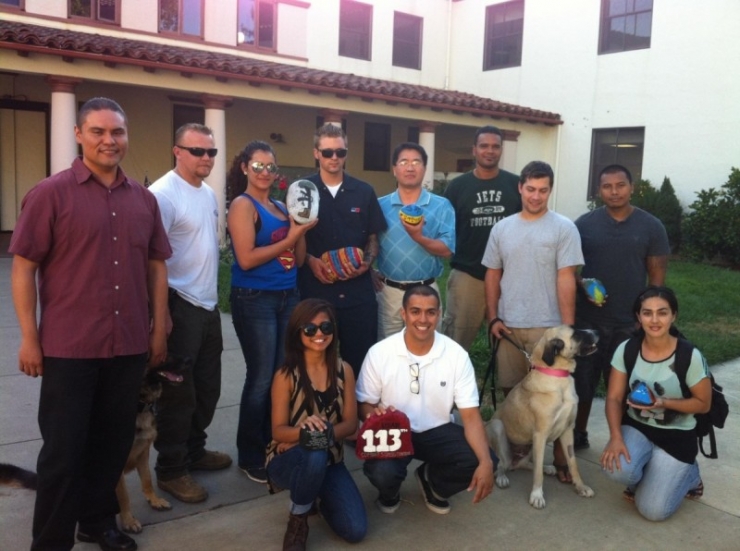 Members of the Army 113th Medical Detachment Combat Stress Team pose with Pathway Home residents. Every year members of this Army unit come to Pathway for a few weeks to learn about PTSD as part of their training for deployment in a combat zone. 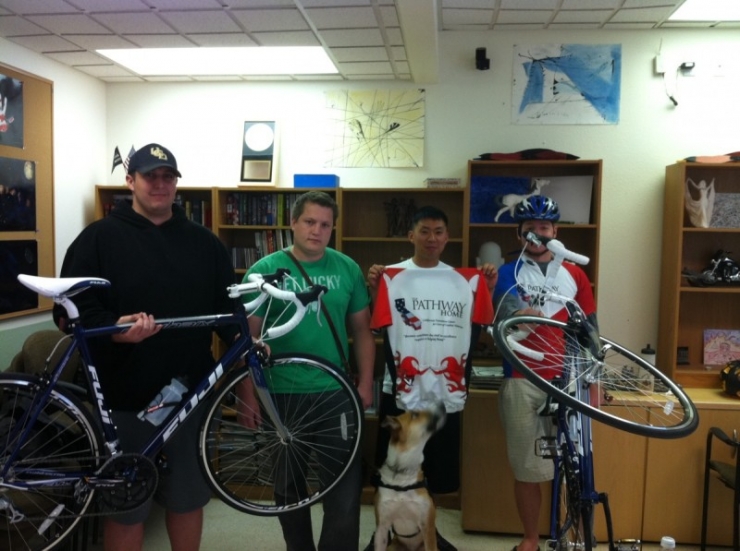 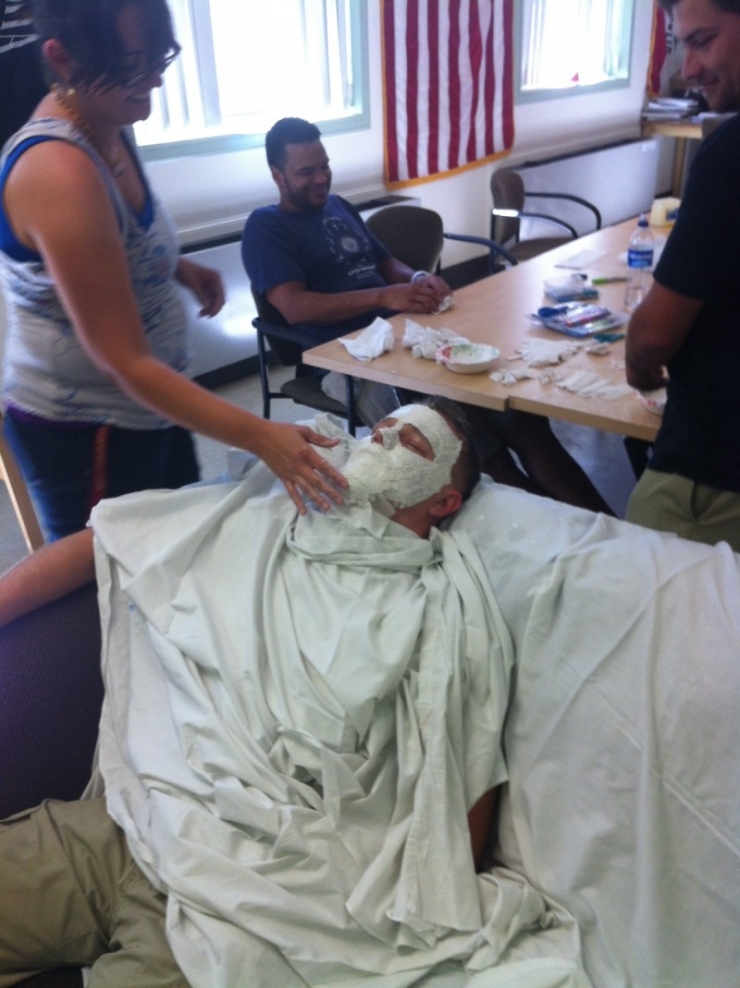 Pathway Home staff and residents participate in a mask project. Each resident designs his mask so the outside of the mask reflects how he believes society views him, while the inside of the mask reflects how he views himself. There are often stark differences in those perceptions and lend a different level of insight into the daily struggles our veterans face upon returning home from war.

This exercise can bring up a lot of complex emotions. One resident painted his mask to look like Captain America on the outside, but on the inside he broke up plastic to make it look like shards of glass, splattered red paint to look like blood. The mask allows him a “method of expression,” answering questions that maybe no one ever thought to ask. 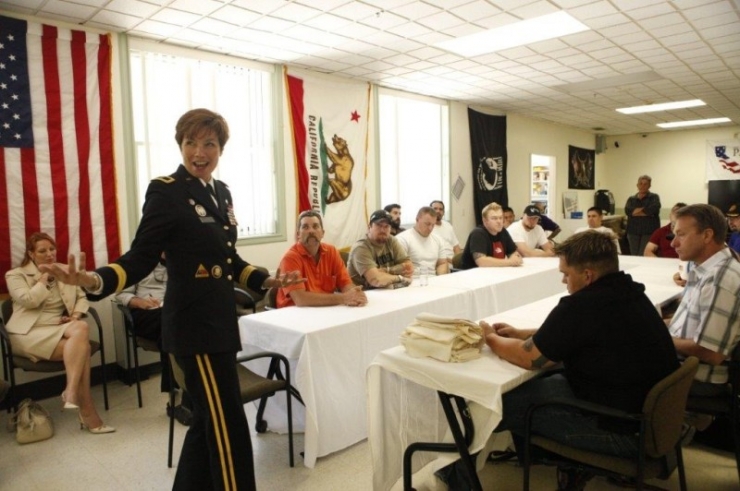 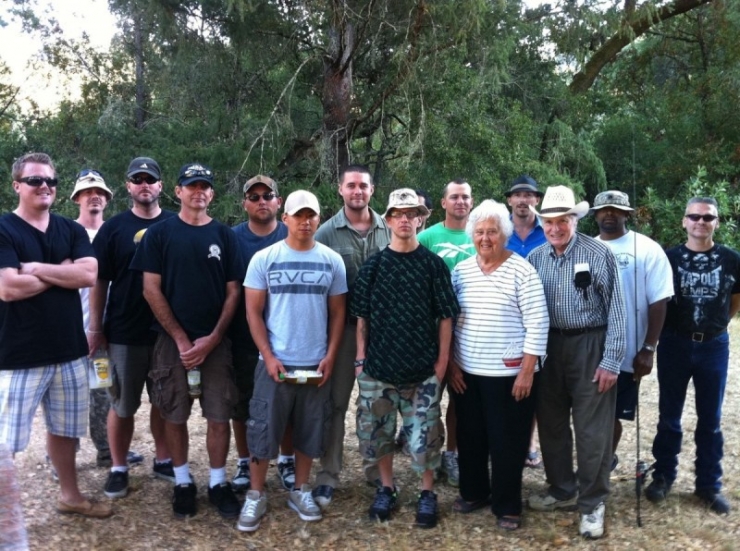 In this picture, Pathway Home residents were enjoying a day of fishing, swimming and barbecuing with program volunteers on a large, and beautiful private property in Napa Valley. It is one of the many examples of the key role the community plays in our program. 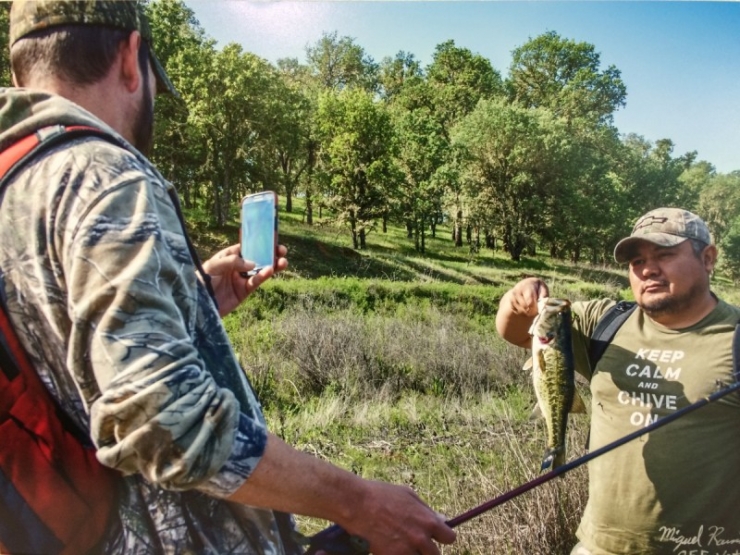 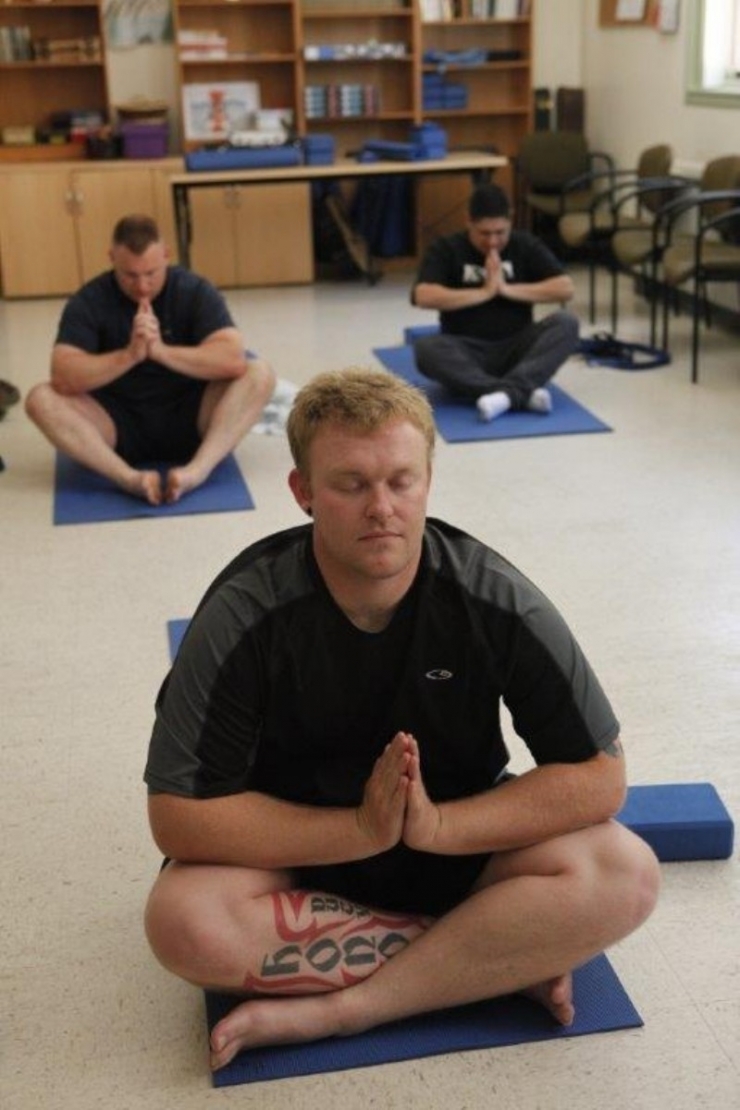 At The Pathway Home, they take a more holistic approach. Never denying the importance or effectiveness of traditional therapies, they have adopted a new way of thinking: the whole is greater than the sum of its parts. The program integrates evidence-based treatment but keeps a flexible structure to accommodate alternative interventions like art expression, volunteer work, or writing. Because different therapies work better for different residents, Pathway Home cultivates a fluid, open, and custom-fit program for each veteran that passes through.

Over 70% of the veterans that arrive at The Pathway Home are struggling with addiction in some capacity. About half have been homeless or are at-risk, and all are looking for peace. The resiliency that is instilled into active military is difficult to translate into post-war life. The Pathway Home creates a safe space where these heroes can be vulnerable and learn to trust the world again. With the $25,000 grant, two individuals will have the chance to do just that. The goal is to push each veteran to be the best version of himself, and when they graduate after four challenging months, many find that is exactly what they’ve become. 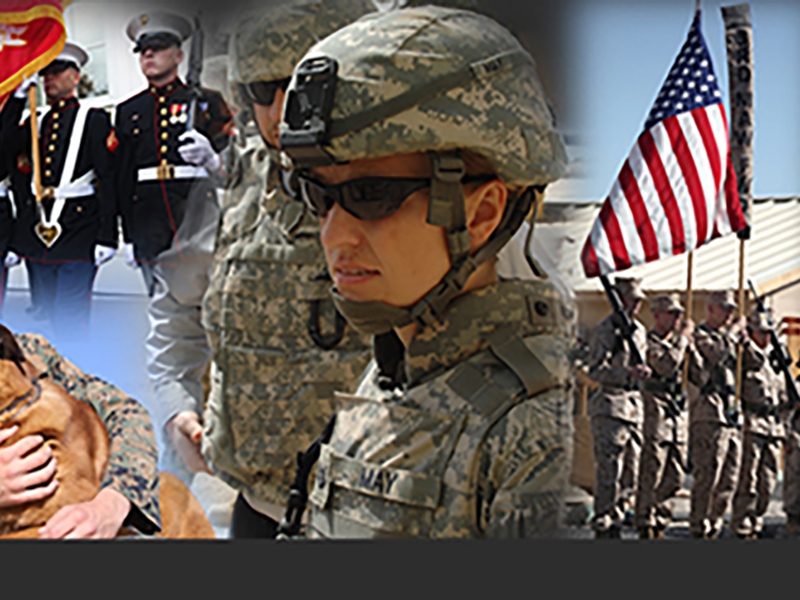