How about a van to go with it?

“If he doesn’t sit up in a few months, we’ll need to look further into why he isn’t developing.”

This was the thought running through Toni Barnes’s head one afternoon as she played on the couch with her three-month-old grandson, Amari.

Born in the fall of 2010, Amari Elijah Barnes made his entry into the world safely and without incidence. But Eli, as his grandmother lovingly called him, didn’t seem to be progressing in the typical ways Toni was used to seeing from her grandkids. As she cradled him in her arms or fed him his bottle, she couldn’t shake the feeling that something was off. “But you’re my Eli,” she whispered to him. “And I’ll always take care of you.” 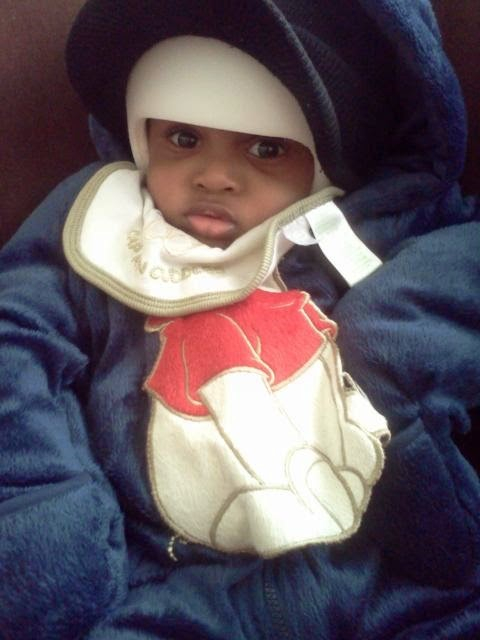 Unfortunately, her intuition was correct.

Amari was taken to the Riley Hospital for Children in Indianapolis where he was diagnosed with Trisomy 18 (Edwards’ Syndrome), a rare disease that causes severe developmental delays due to an extra 18th chromosome. 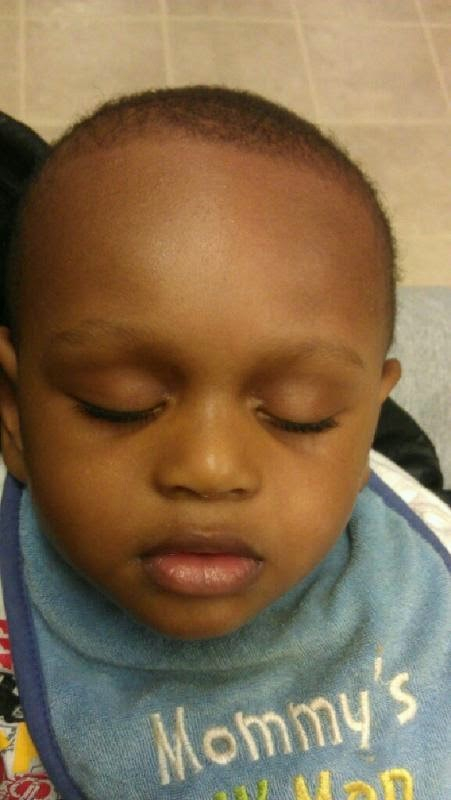 What’s unique about Amari is that most cases of Trisomy 18 are detected before birth. His family had no indication that anything was wrong until he was a few months old. Even more remarkably, only five to 10 percent of children born with Edwards’ Syndrome survive past their first year. Amari will be 10 this week.

That doesn’t mean it’s been all smooth sailing. Far from it.

In addition to his developmental delays, Amari also suffers from seizures... 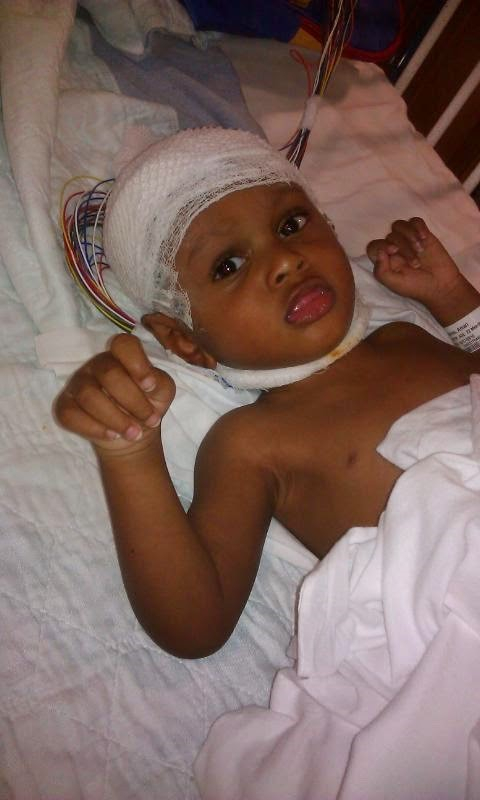 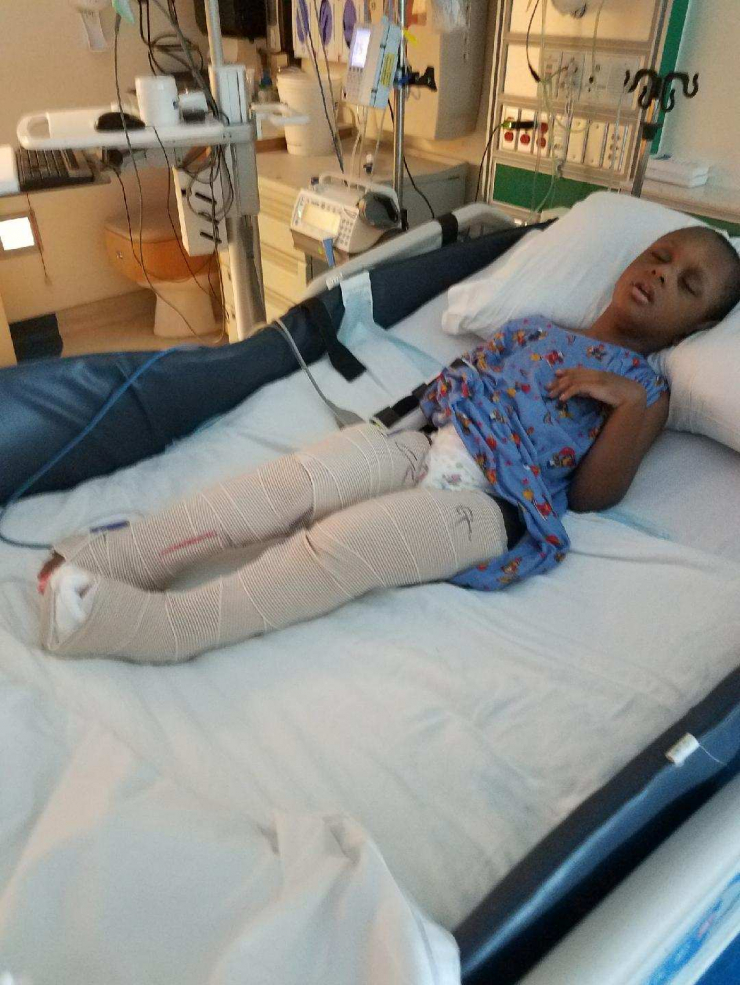 ...and is completely reliant on others for his round-the-clock care. 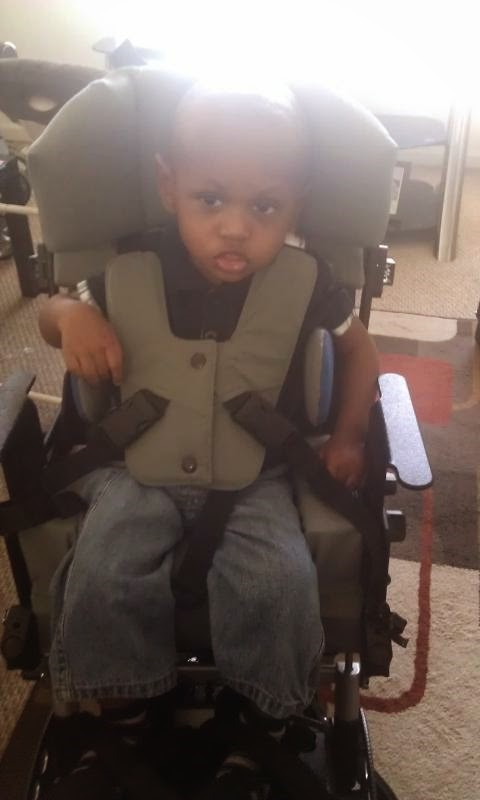 It’s a lot for anyone to manage and the physical and emotional demands are taxing. But then again, you haven’t met his grandmother, Toni.

Since that day on the couch when her heart told her something was wrong, Toni has been by Amari’s side. She knows him better than anyone. Really knows him. 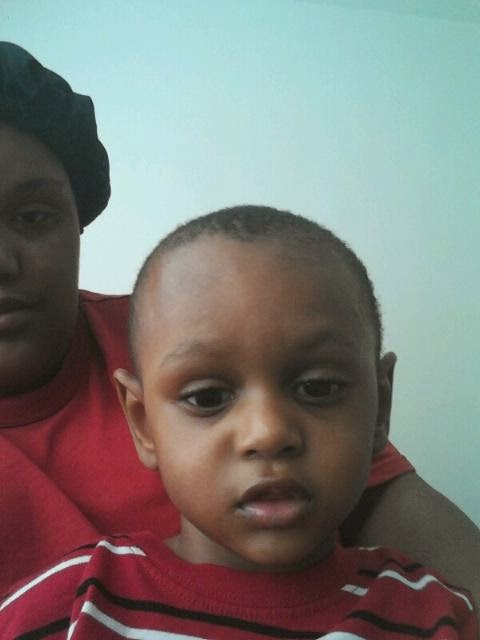 His dad works long hours as a truck driver to provide for the family, so Toni is Amari’s primary caregiver. She still cradles him in her arms and feeds him all of his meals. He’s just a little bigger now.

And though some individuals with Trisomy 18 can speak and walk with assistance, for the last decade of his life, Amari’s development has hovered around the age of six months. He makes sounds, laughs, and “talks” to get Toni’s attention, but he’s remained mostly non-verbal and non-mobile.

It hasn’t kept them from growing closer and closer over the years, though, and their bond is stronger than any limitations he might have. 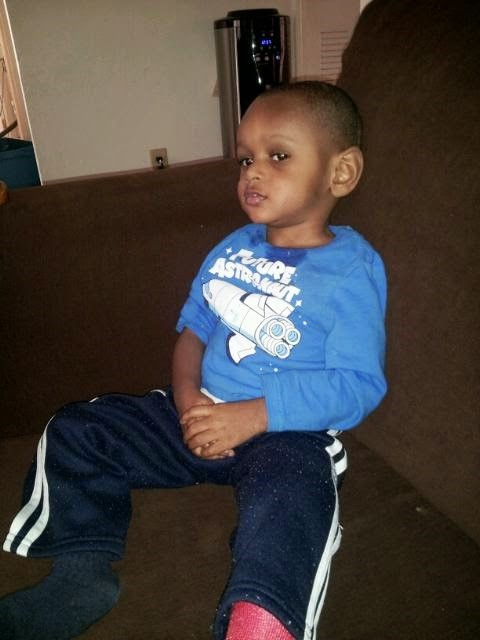 “Eli is more aware than those who don’t know him realize,” Toni said. “He knows my voice.”

“If he’s sitting quietly or lying in his bed, I go to his bedroom door and begin softly calling his name, and he responds with smiles and waving his limbs,” she told us. “He is a joy.” 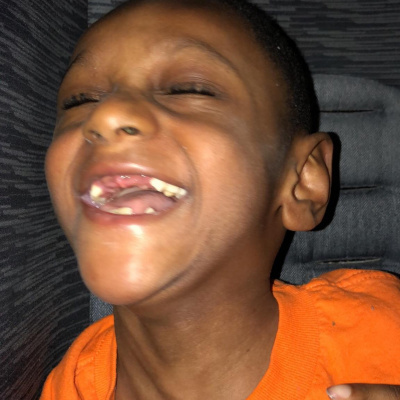 As his caregiver, Toni has sacrificed a lot to put Amari’s needs first. Yet, she stays. Each day that he’s alive - each day that he’s still with her - is a gift. There’s not a place in the world that could keep her away.

When Toni first contacted us, she had a need for a new car seat and activity chair for her Eli. Because of his brittle bones, many surgeries, and numerous medical needs, Amari is homeschooled. The family loves summertime; watching neighbors pass by on the sidewalk or soaking up the sunshine from the back porch. They’ve gotten by with what they had, but Toni had her sights set on an activity chair for years, just waiting to save enough money to get it for him. 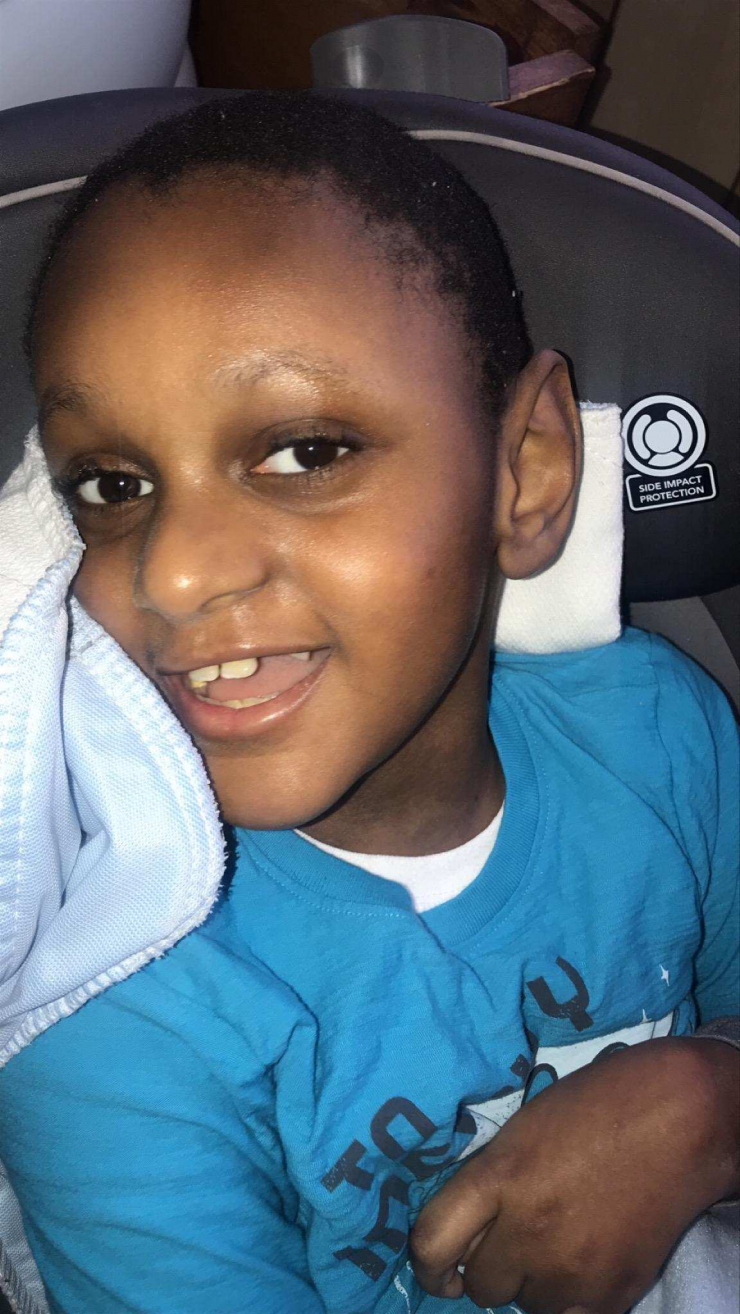 Luckily, she was referred to Chive Charities.

We met with Toni, Mario (Amari’s dad), and his two siblings over video a few weeks ago. Truthfully, we simply intended to get to know them a little better, hear more about how their grant items could help them, and that would be that. The call didn’t quite go that way, though.

When Toni initially applied, she had mentioned a van conversion. Amari is (thankfully) a growing boy, and his weight is beginning to cause issues with transportation. There was just one problem - they don’t own a van to convert. Toni was hoping she could save enough to make that happen, but knew, realistically, it wouldn’t be possible for quite some time. Maybe ever. She moved forward with her request for a better car seat and activity chair instead. 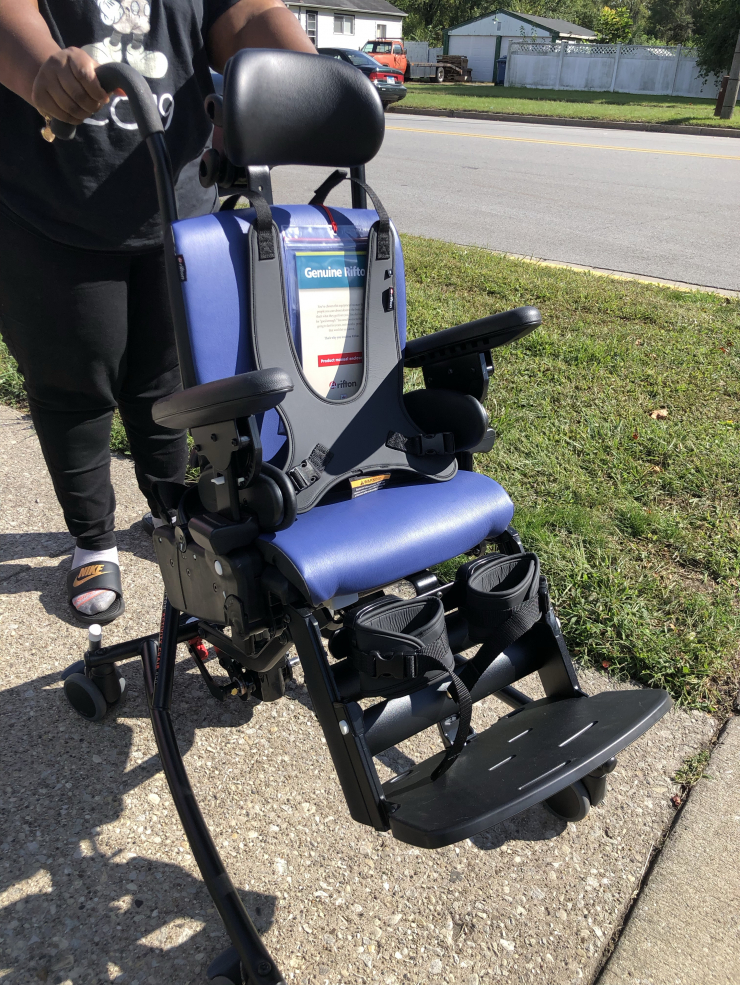 But, after the video call ended, we all looked around the room, wiped our eyes, and knew exactly what we needed to do. We had to get them that van.

It’s no coincidence that Amari is our 400th grant recipient since we started this wild ride in 2012. His story called for something big. And thanks to committed donors who have been with us every step of the way, another life-changing grant item was possible.

Last Tuesday, September 29, Brian Mercedes from Chive Charities and members of Chive On Chicago, Chive on Indiana, and Wisconsin Chive surprised Toni and Amari with his new activity chair...and a new wheelchair-accessible van from our partners at AMS VANS to go with it. 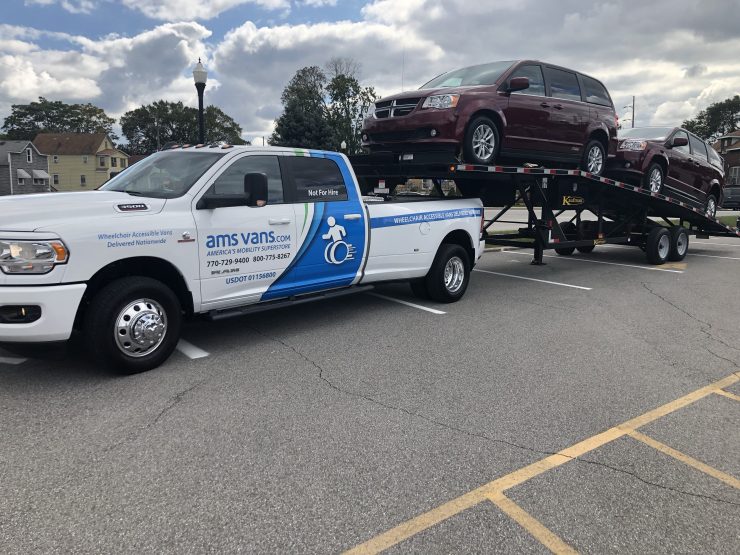 The entourage of 10%ers gathered at Bishop Noll Institute, just down the road from Amari and Toni’s home before caravaning over. 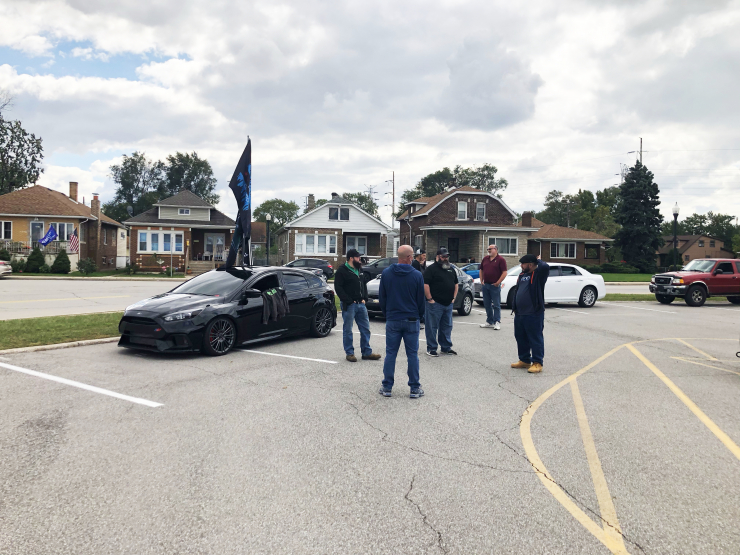 Toni was under the impression that Chive Charities’ Executive Director was dropping off the activity chair and a new car seat for Amari that would make transporting him a little bit safer. Unbeknownst to her, we had something entirely different in mind. Her reaction says it all. 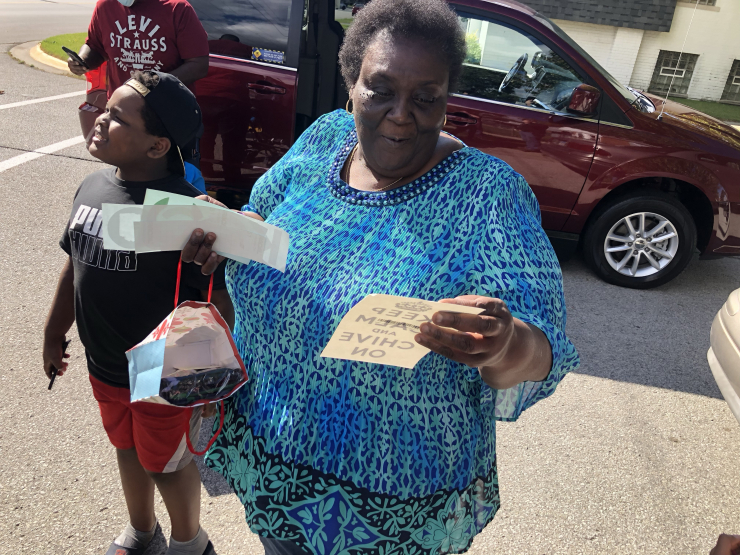 Thanks to an awesome team effort, the activity chair and wheelchair-accessible van were hand-delivered to the family for a total impact of $44,800.63. 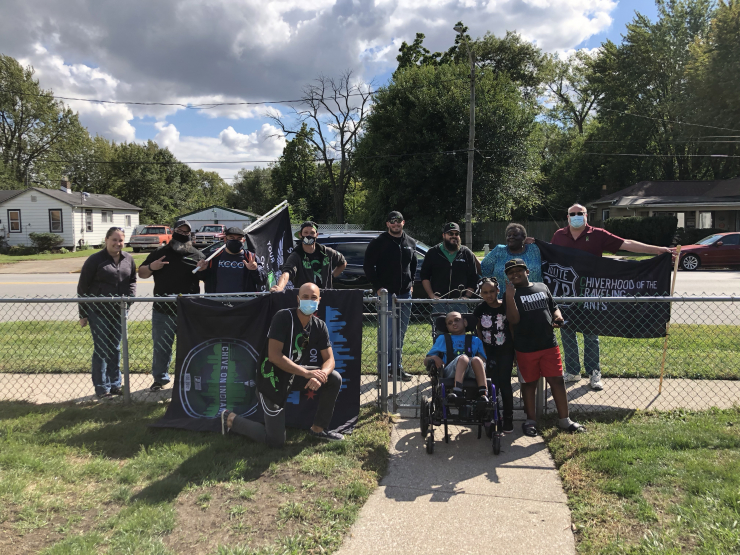 As the new van pulled into the driveway and Amari was safely strapped into his long-awaited activity chair, Toni knelt down beside him, looked into his deep brown eyes, and whispered, as she has since the day he was born, “You’re my Eli. And I’ll always take care of you.” 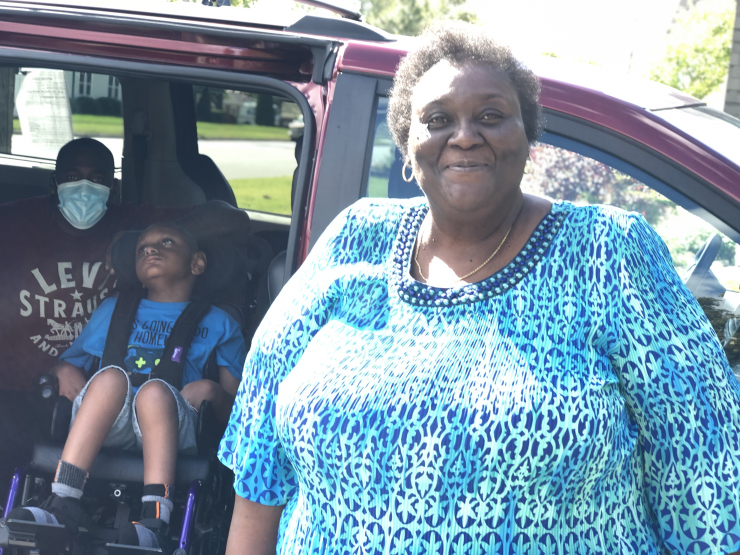 That is what our Chive Charities donors make possible. When we talk about life-changing grants, it’s not a lofty, unattainable goal. They’re real, tangible, bring-you-to-your-knees gifts for families who don’t even dare to hope it could happen to them. That’s what we’ve done for the 1st, 50th, and now 400th Chive Charities recipient. And that is what it means to make the world 10% happier.

What can we do next? Let’s find out. DONATE HERE.