All across the country, kids with working parents go home to an empty house after school. They eat junk food for snack, put their feet on the couch, and watch inappropriate TV until they hear keys in the door, when they whip out a notebook and fake some homework. 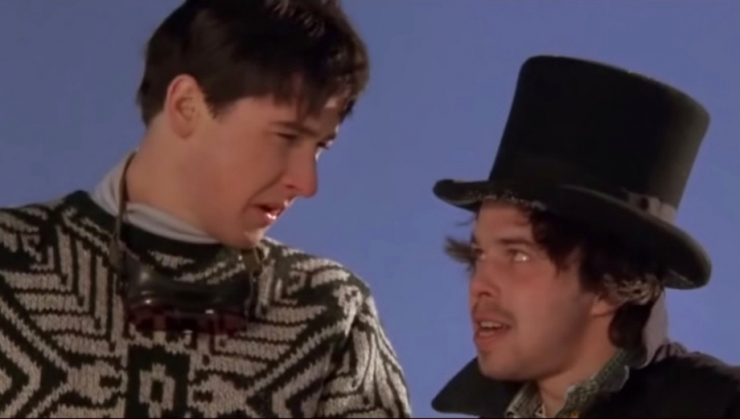 “Better Off Dead” was one of my latchkey faves. It’s where “I want my two dollars” came from and Van Halen’s “Everybody Wants Some” managed to make claymation hamburgers sexy. It also left us with this memorable quote, which is actually kind of profound if you squint your eyes real hard: “All you have to do is go that way, really fast. If something gets in your way, turn.”

Spoiler alert if you haven’t seen it. 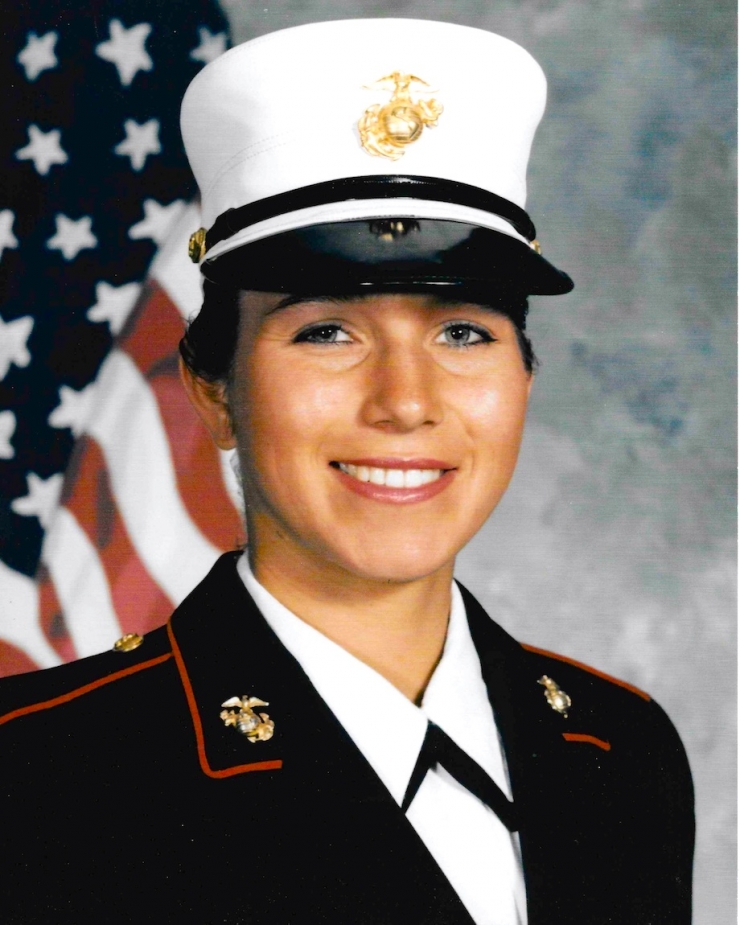 John Cusack may have faltered, but Tina gets it.

“When I was a young 20-year-old, I thought I had life figured out. Well, maybe not, but I did want to grab life by the horns and charge full speed.” She enlisted in the Marines and served as an air traffic controller until she left the Corps to care for her three young daughters. She was a Marine wife, full-time mom, and barreling through life like she knew what she was doing.

(BTW, we know you’re busy, so feel free to slide into the Green Ribbon Fund now, if you’d like.)

In September, 2001, Tina found herself at the top of a mountain, looking down...metaphorically speaking. 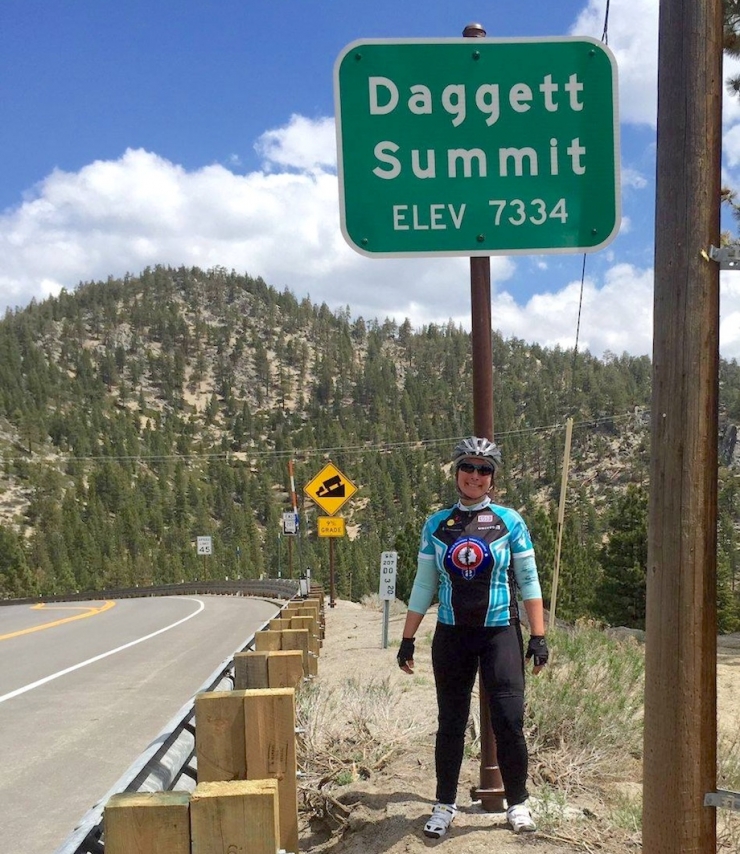 “When I went to bed, I had a sharp, stabbing pain behind my left eye, which I had had many times before. But this time, it was much more intense and continued to get worse as the night went on. There was nothing that would lessen the pain,” she recalled. She didn’t sound sad, it was just part of the story. People like Tina are like that – they take a side of pragmatism with their spontaneity. 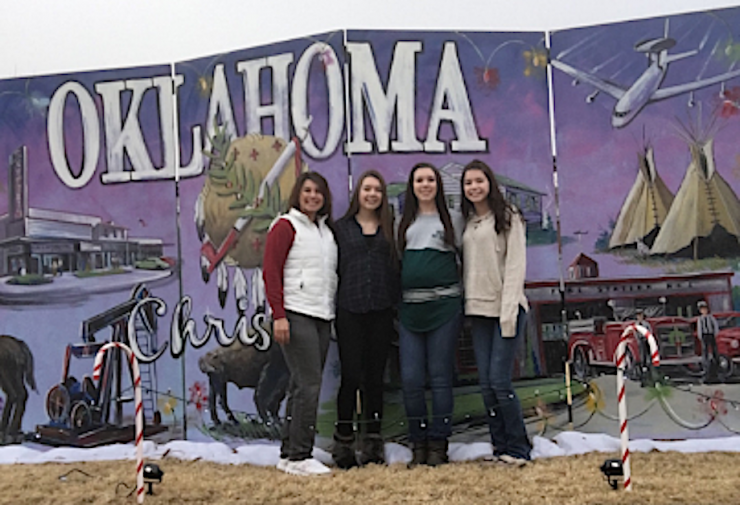 Here’s Tina with Jessie, Hannah, and Sami, her whole world.

“It was devastating to me,” she began, taking us through the long process of looking for answers. Even though her test results failed to confirm his suspicions, Tina’s doctor diagnosed her with multiple sclerosis – blood tests, MRIs, spinal taps, and exams by a handful of specialists indicated she was borderline for an autoimmune disease, and that coupled with her sudden vision loss, seemed to point to the early stages of MS.

The nightmare unfolding was not part of Tina’s plan. “I worried I wouldn’t be able to raise the girls – I couldn’t drive, and I started to think of all the things I was going to do with them…they were slipping away.” 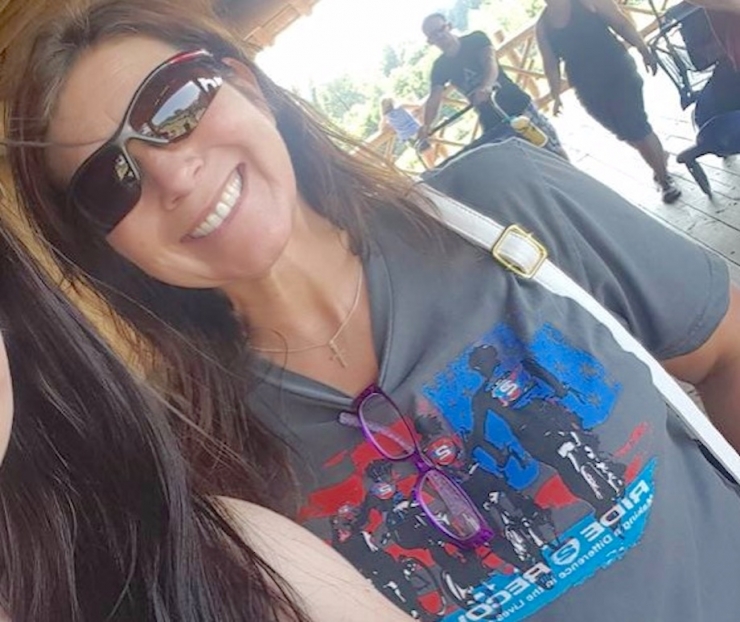 Tina began to fight. Because, of course she did. Doctors prescribed IV steroids and an anti-inflammatory drug, but Tina’s vision faded in and out for years, untouched by the medications. In 2008, a new doctor uncovered a new diagnosis: neuromyelitis optica (NMO). It hadn’t even been identified when Tina started losing her vision, and it turns out the meds she was on can make the condition worse. 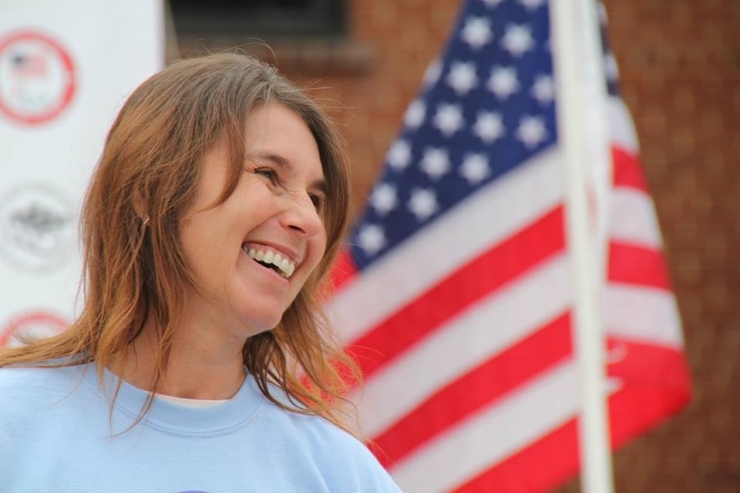 Throwing in this lovely patriotic snap because that’s a really frustrating revelation and smiling’s my favorite. 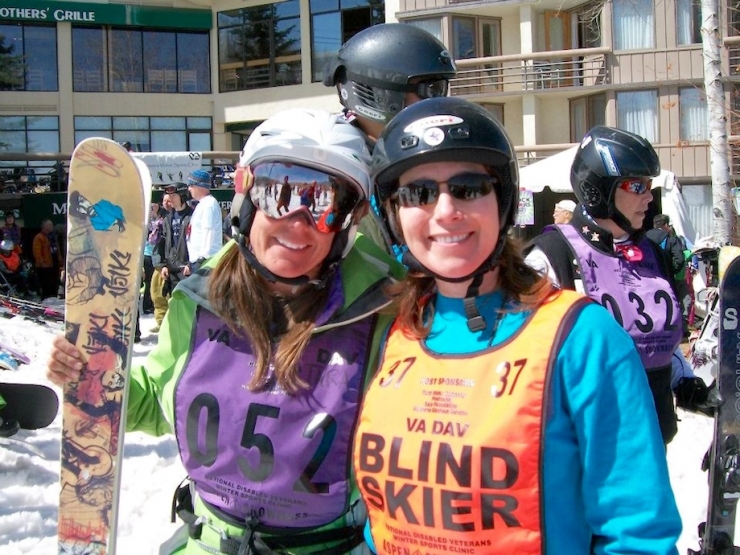 We first met Tina through our friends at High Fives Foundation, a nonprofit that supports action sports for people with physical disabilities. It’s incredibly cool and you should check them out. Here’s Tina besting John Cusack.

It wasn’t easy. She had always loved the outdoors, but didn’t know much about adaptive sports. After much insistence by her vision impairment coordinator, Tina took a leap of faith and tried winter sports. It was a game-changer. 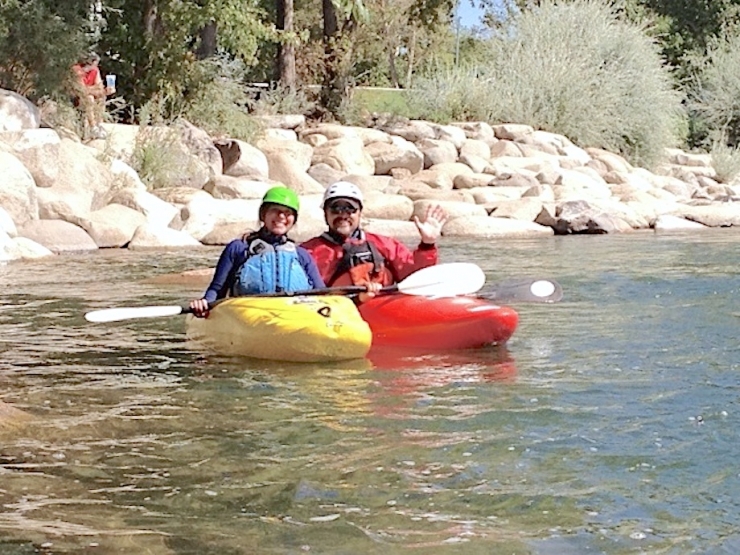 “I realized there’s more out there I can be doing than feeling sorry for myself,” she said, and went on to tell us about all the things she’s tried with her guide. 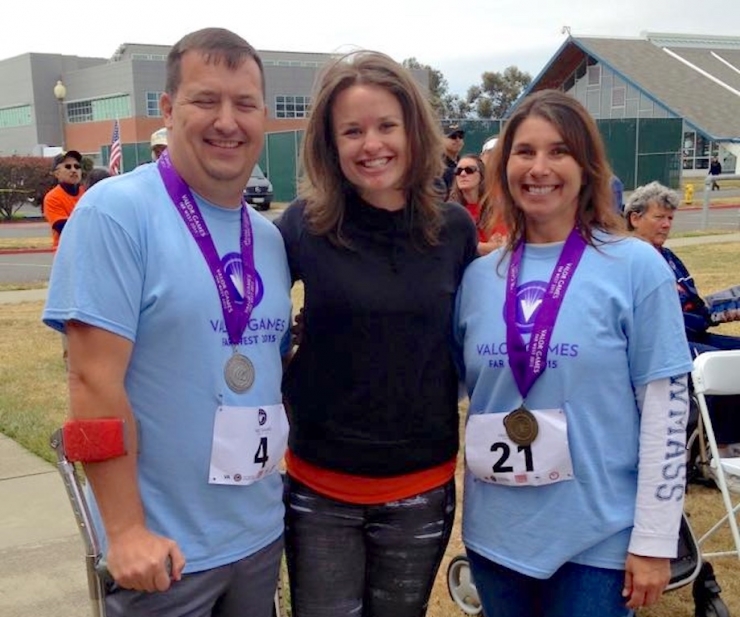 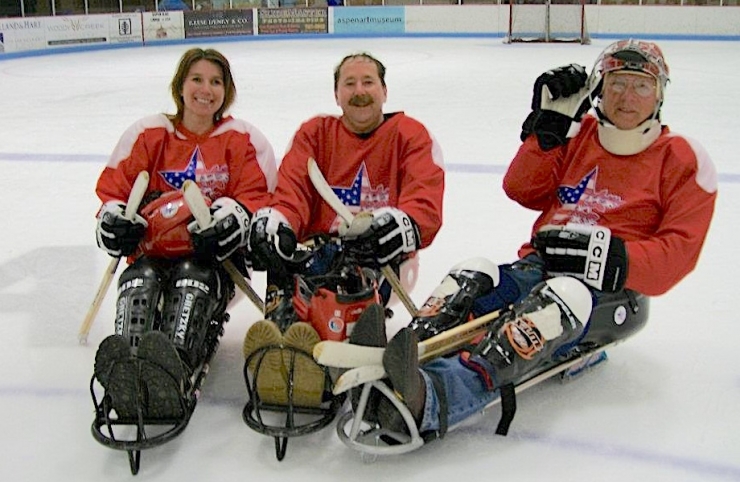 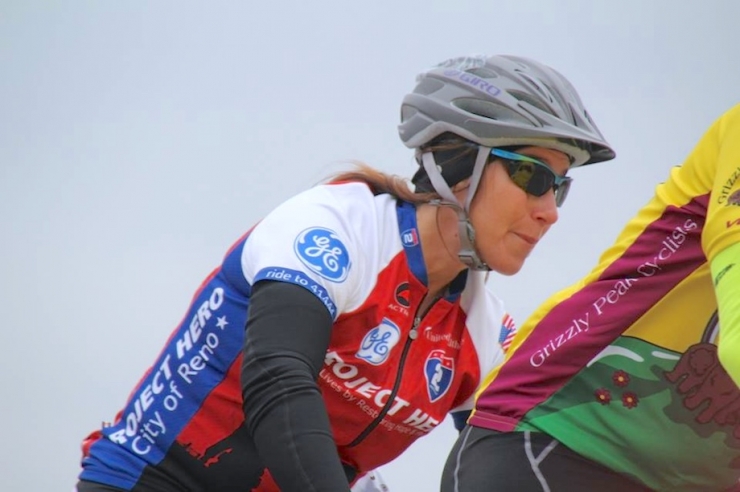 And this, among others. 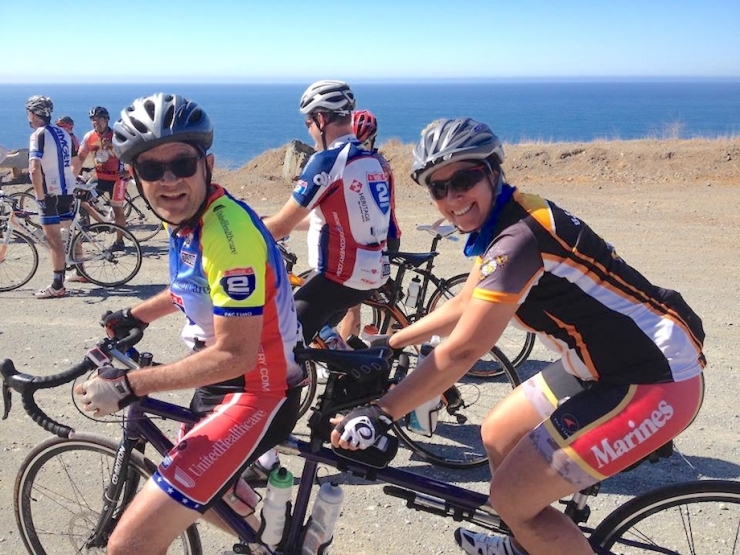 Feeling lazy right now, Tina. But very excited for you!

On the medical front, Tina decided to grab the bull by the horns once again. She stopped all medications, went through a detox, and began hyperbaric oxygen treatment (HBO), one of the only things that seemed to actually help symptoms of MS and NMO. And waddya know? It’s working.

Are you wondering what hyperbaric oxygen therapy is, too? 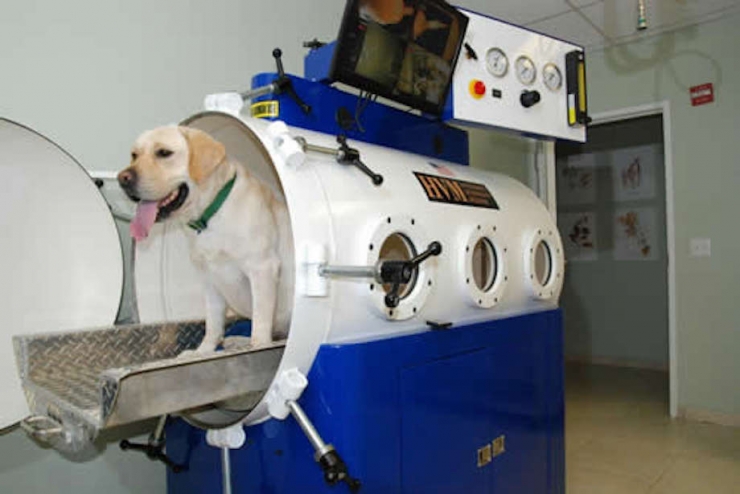 Searched for a pic to share with you and the Google returned this one. Definitely a fan.

Anyway. The Mayo Clinic tells me increased air pressure inside the chamber allows your lungs to gather more oxygen than normal, which is then carried throughout your body, helping fight bacteria and stimulating the release of growth factors and stem cells, which promote healing. Trust me, that was the condensed version and you’re welcome.

Patients in Mexico and the U.K. have seen good results from HBO, and Tina has, too. Her vision hasn’t deteriorated any since she began treatment in 2009, and it’s even improved a bit. She isn’t on any medication and feels amazing, all things considered. We’re so happy for her. 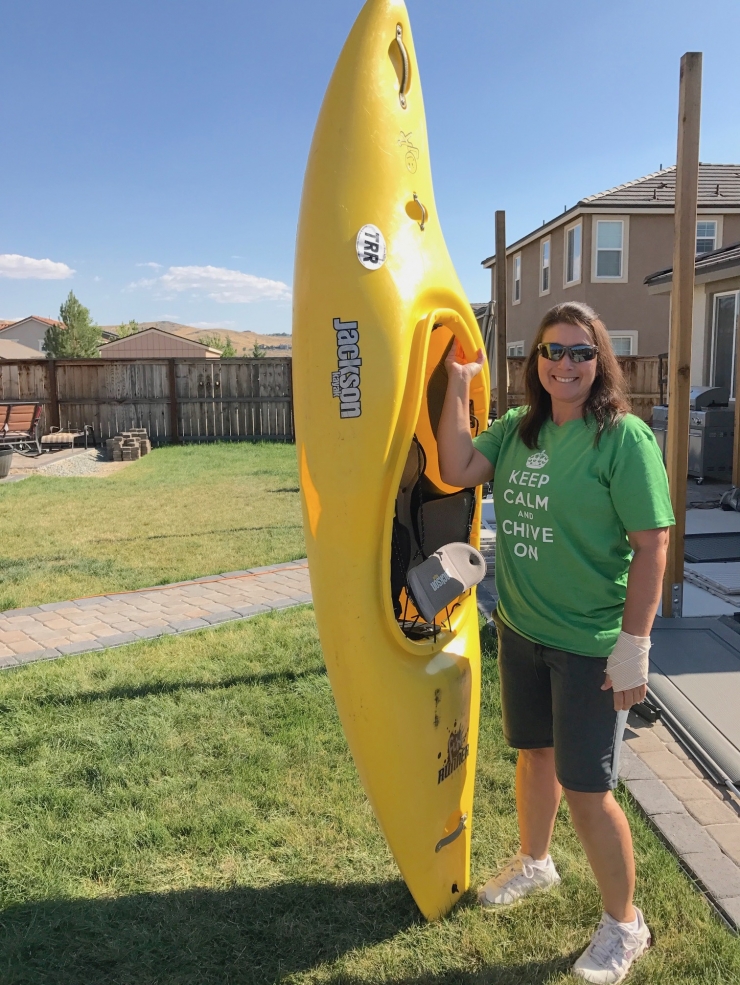 Chive Charities harnessed the power of the Green Ribbon Fund to make Tina’s world 10% happier, because that’s what we do (every single week, sometimes twice!). For her, that means a $4,800 grant for full year of hyperbaric oxygen therapy. It’s not covered by insurance – despite proving beneficial – and it’s the only thing keeping her healthy and present for her girls. We wish her all the best in her adventures, both in life and in the wild.

We’ve got another incredible grant recipient to share later this week (15 year-old Sohpie), and more to come all year long. We can’t do it without you. For real. Become a Green Ribbon hero for the next inspiration like Tina by clicking right HERE.