The air is crisp, the coming of winter nipping at the edges of fall. Orange flames flicker and dance across logs, throwing long shadows across the faces of six men huddled around its glow. 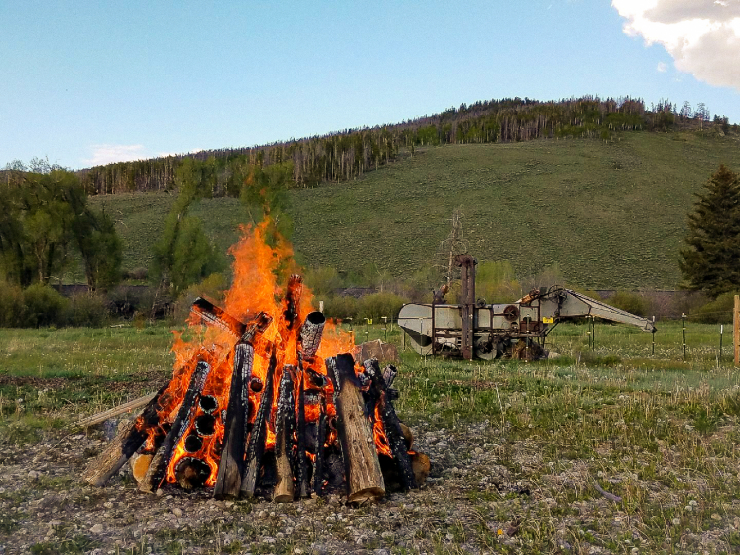 One clears his throat, eyes cast downward, a slight tremble in his voice as he begins to speak. He talks of a failed suicide attempt in a whisper of words almost lost to the wind.

Another looks at the group with watery eyes. He recalls nightmares and debilitating anxiety brought on by multiple deployments to Iraq and Afghanistan. Several others nod along, listening to a story so familiar it could be their own.

This is a scene typical of Warrior Bonfire retreats, a multi-day reprieve from daily schedules and responsibilities reserved for Purple Heart recipients - a decoration awarded to men and women with wounds suffered in combat. 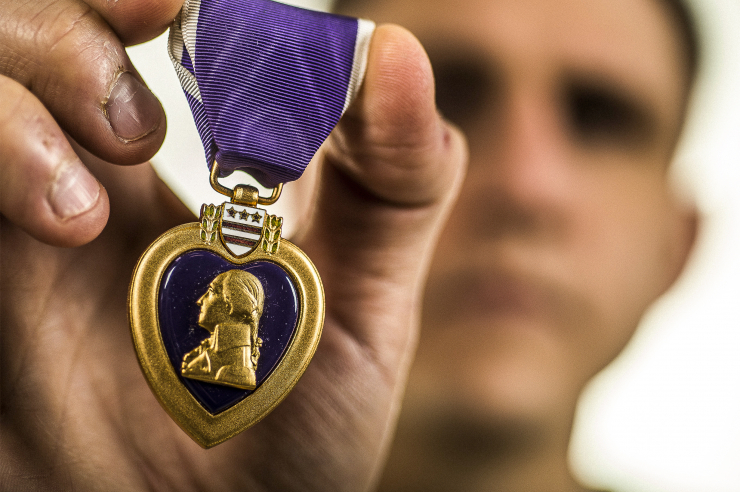 It all began nearly 8 years ago when retired U.S. Army officer Dan Fordice found himself in a conversation with Sergeant First Class Charles “Greg” Williams. Greg had sustained a Traumatic Brain Injury when a rocket-propelled grenade struck and exploded a .50-Cal ammunition box two feet from his head.

He was later medically retired in November 2011 for wounds received while in combat. Greg told Dan that he felt like he could spend a full day with a Ph.D.-certified counselor and not come close to the therapeutic value of sitting around a bonfire with five or six guys who were there. Dan quickly responded, “We will provide the bonfire.” 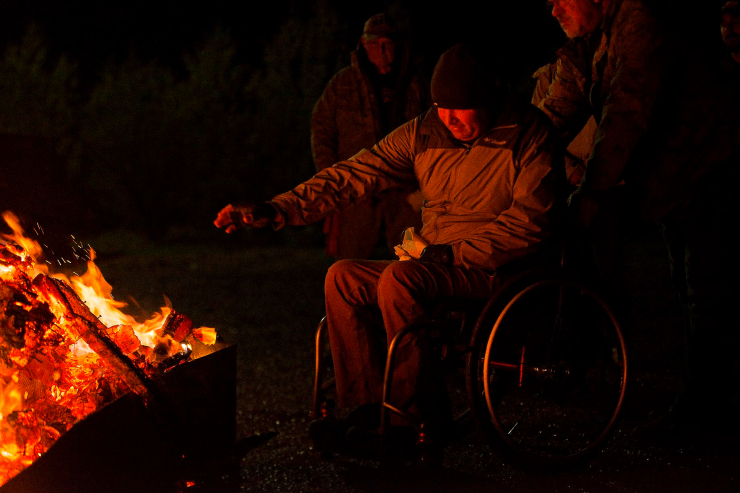 The Bonfire has been burning ever since. Since late 2012, the Warrior Bonfire Program has served 672 Purple Heart recipients and 47 spouses across the United States. 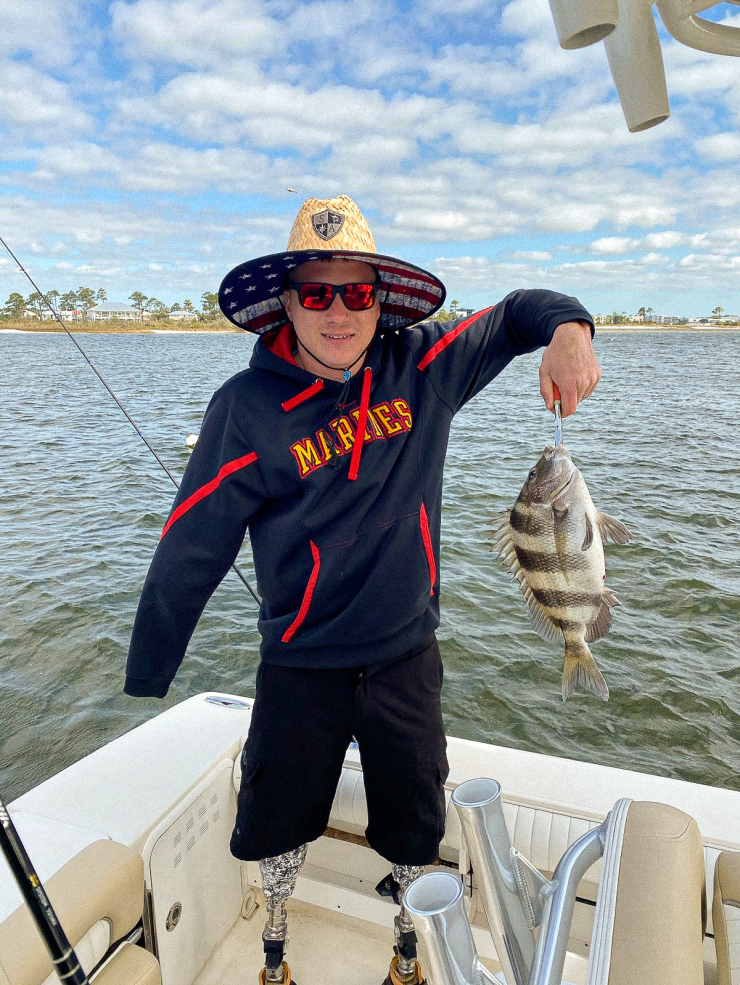 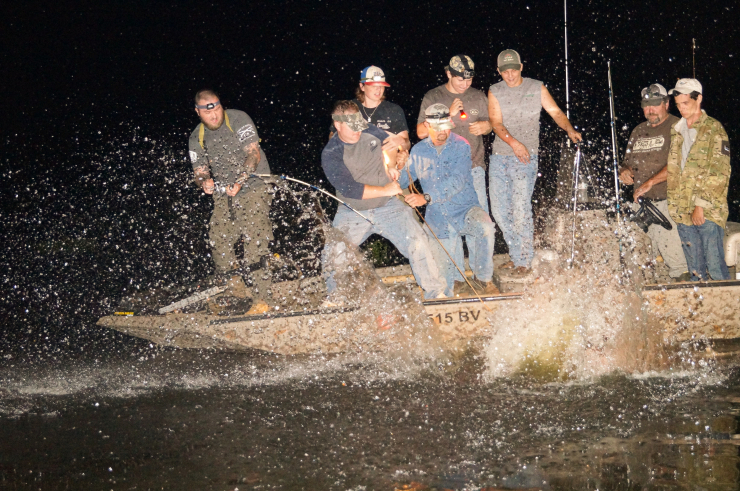 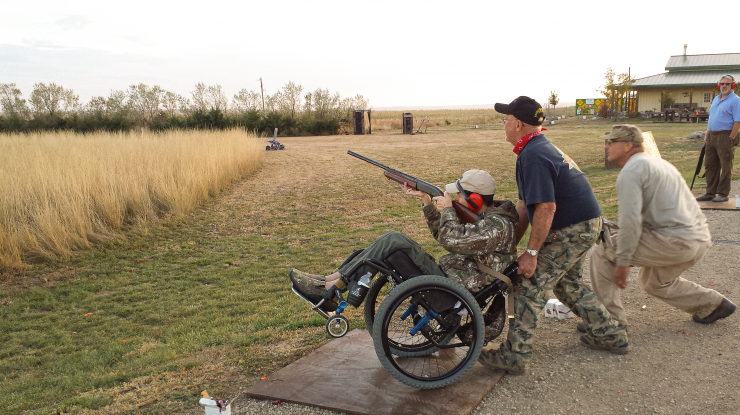 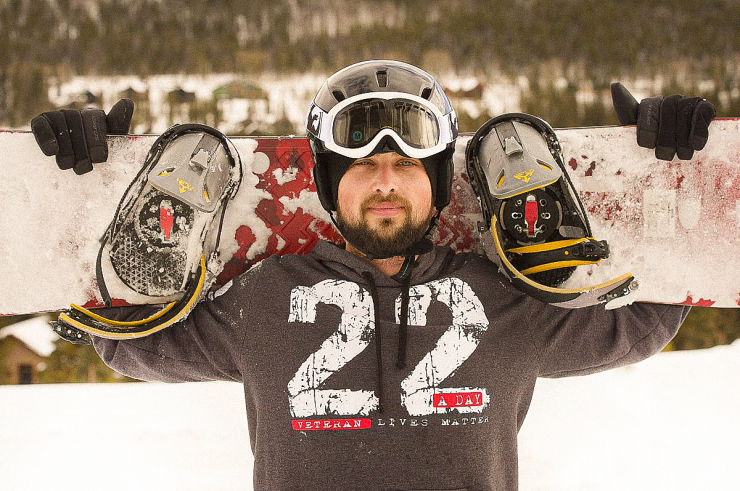 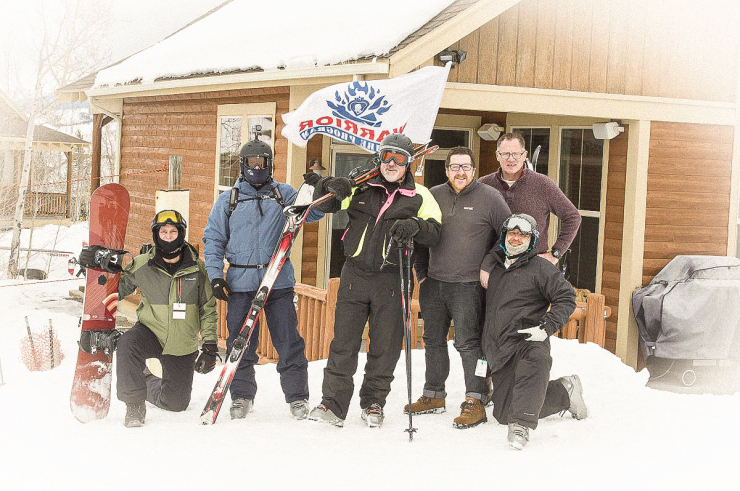 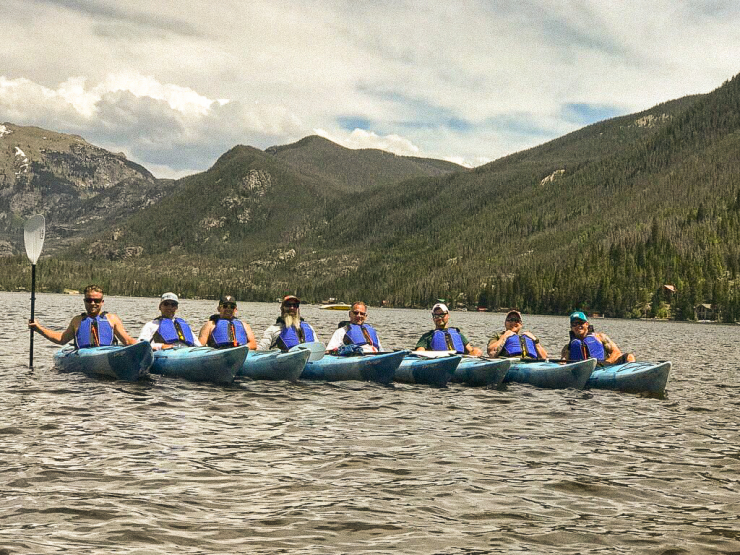 And each time, regardless of whatever activity they did that day, they come back together after the sun goes down, gather around the fire, and share their stories.

When we talked to Mike Foss, a retired Lieutenant Colonel and president of the Warrior Bonfire Program, he explained why the storytelling aspect is so critically important.

“People who’ve seen something traumatic in their lives can only truly open up to someone who has been through a similar trauma,” he told us. 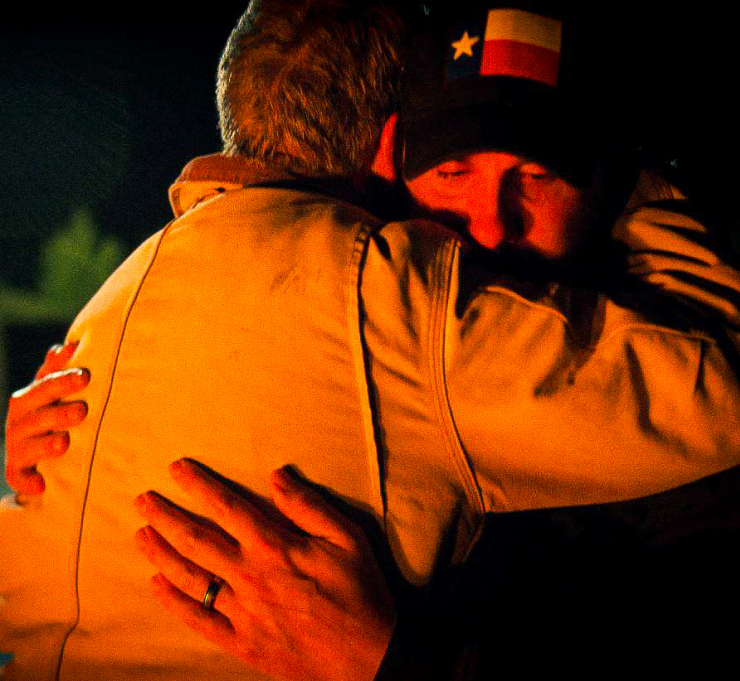 “One example of that is my son. In December 2013, he was a senior at Arapahoe High School in Centennial, Colorado and we had a shooting at the school,” Mike said. “(My son) heard the Molotov cocktails going off, he heard the gunfire, and he knew the girl who was killed and the shooter who killed himself. And he has never, to this day, talked to me, or my wife, or his siblings about his feelings.”

“Who do you talk to?” Mike asked us. “(You talk to) classmates, teachers, and people who were in that building. And unfortunately for our family, we have a nephew who went through Columbine. So my son and his cousin are able to talk about their shared trauma.”

That’s what the retreats are all about — sharing stories about experiences with people who can understand as no one else can. Each veteran has a story to tell, and the Warrior Bonfire program gives them a chance to tell it.

At every bonfire retreat, the group retires an American flag and the attending Purple Heart recipients name those they lost in combat or in the battle at home to suicide. 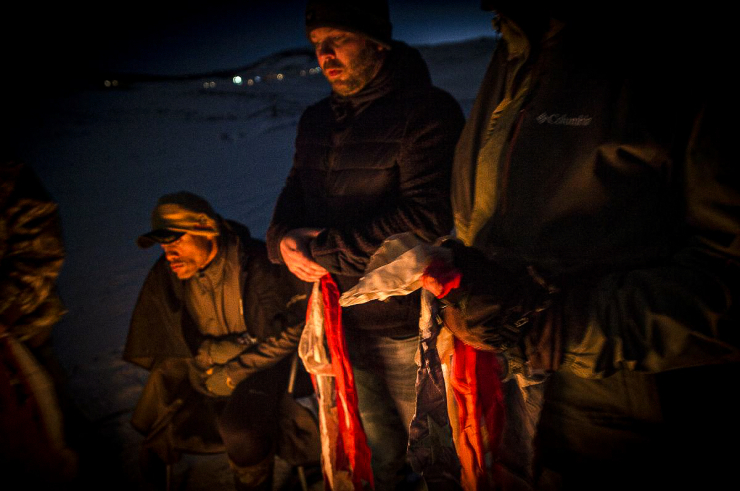 Then, the ashes are carried from the previous bonfire and combined with those from the next. Veteran suicide is a crisis in our country, but in the 8 years since the program began, they have not lost a single program participant to suicide. It shows the impact of these retreats, and they aim to keep it that way. 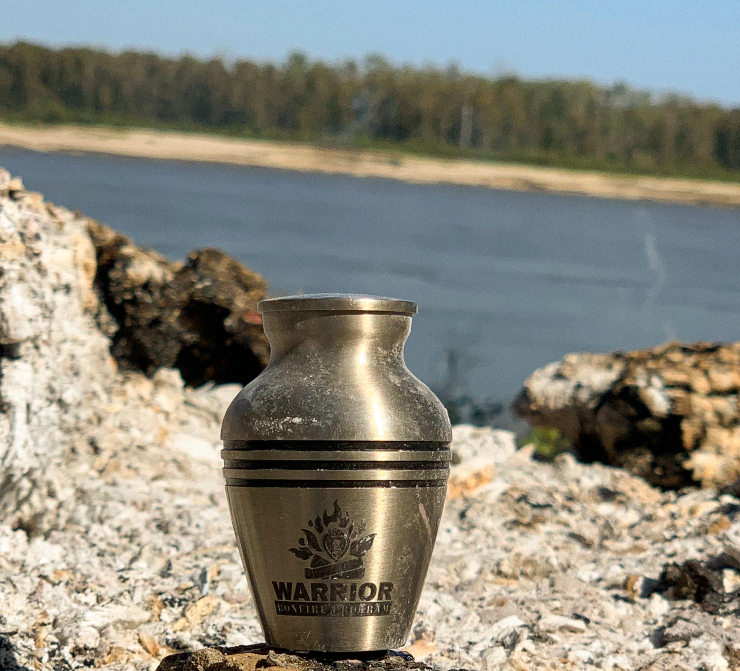 As we celebrate Veterans Day this week, we think back on the 80 veterans and veteran non-profit organizations that theCHIVE and Chive Charities have aided since 2012. All of the stories are compelling, but it’s easier sometimes to feel the emotional pull of one person’s life, to read a story so remarkable, it can be hard to fathom. Non-profit organizations like the Warrior Bonfire Program can be a bit different. You see the impact on many lives and hear the life-changing elements from multiple perspectives. But can you truly feel it?

We’re asking you to gather around the bonfire with us. 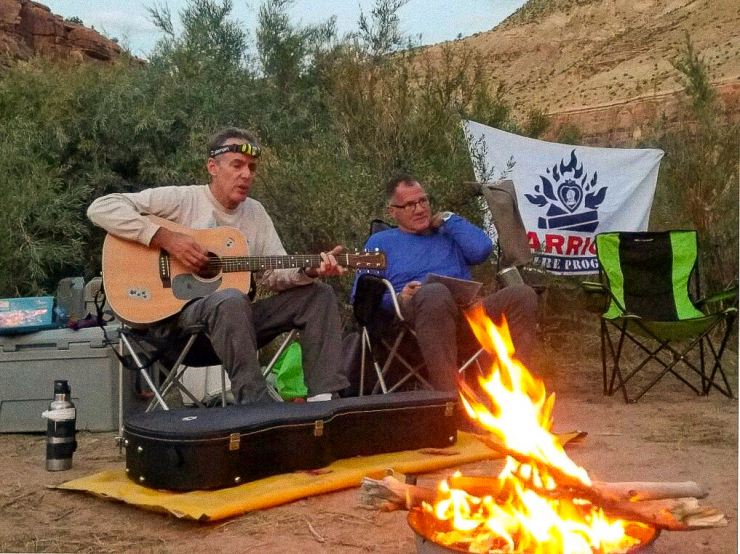 Thanks to the generous giving of our amazing donor family (which you can join HERE), we sent four Purple Heart recipients on a retreat with the Warrior Bonfire Program for a total impact of $10,000. Plus, the Warrior Bonfire Program is now the first Chive Charities recipient from Mississippi, which means our donors just crossed off one more state on the Freeway to 50 path. 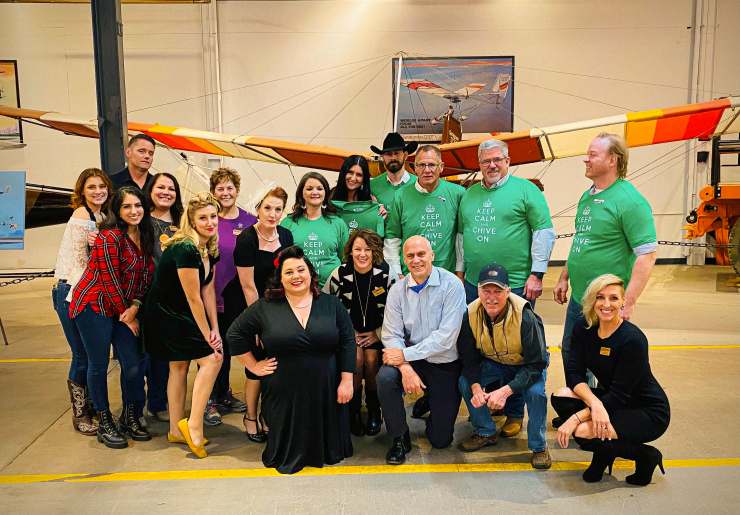 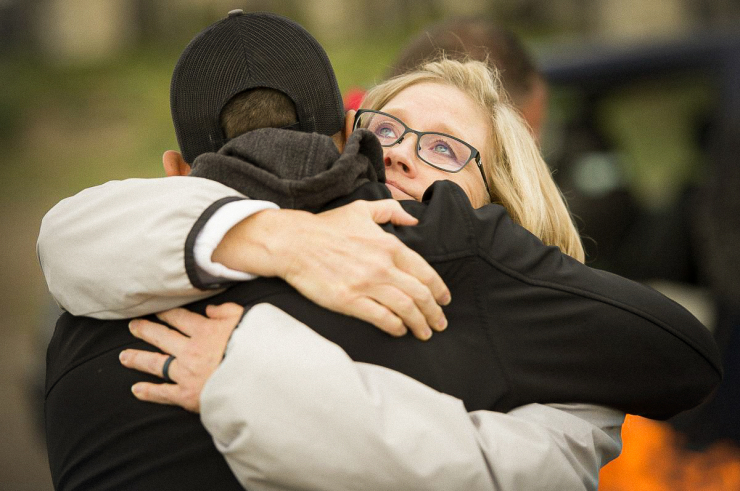 The Warrior Bonfire Program says it pretty well, we think. “Pain shared is pain divided; joy shared is joy multiplied.” By becoming a Chive Charities monthly donor, you see the impact of your contribution, multiplied over and over again.

Someone out there is waiting to tell their story. With your help, we’ll be here to tell it. DONATE HERE.

And if you know of a warrior who could benefit from a weekend amongst peers around the bonfire, send them to the Warrior Bonfire Program page for more information.