When your name is Maximus, going above and beyond is almost expected of you. Given the unfathomable journey Max Corsaro has been on for his short six years of life, you could say he’s living up to his name. 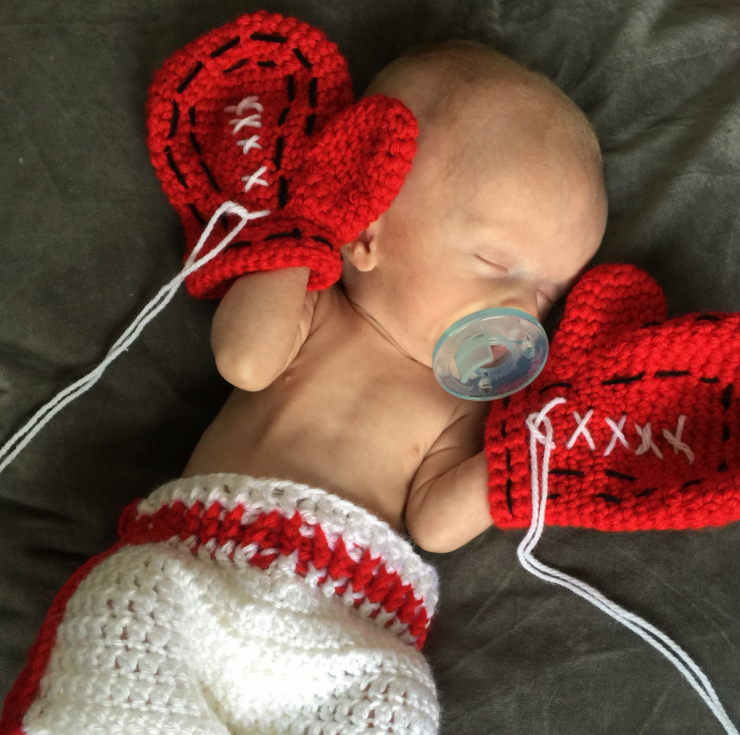 His parents, Chadd and Sarah, weren’t sure they’d be able to have biological children of their own. They started as foster-to-adopt parents, but couldn’t seem to find a situation that worked for their family. After exhausting most of their options, they opted for one round of IVF. And that’s when Max’s journey began.

“It was so, so cool because we were able to see him form and develop from the moment the cells merged,” Sarah told us. “We saw him from the very beginning of his life.” 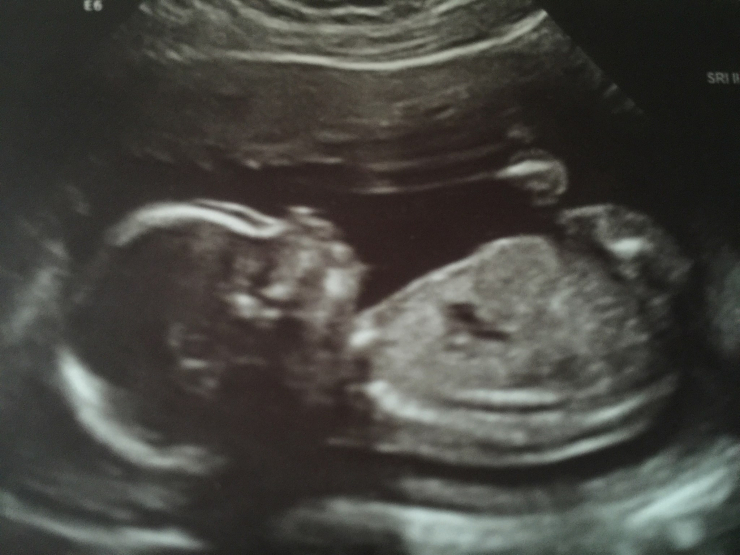 Max had some big hurdles to overcome even in the early stages:

19 weeks: anatomy scan shows his corpus callosum (connects the two hemispheres of the brain) might be missing

25 weeks: pediatric neurologist reads his fetal MRI and mentions a rare genetic syndrome could be present

32 weeks: Max is born prematurely with hydrocephalus (excess fluid in the brain)

And yet, he was born looking like this, ready to take on the next challenge with a smile on his face. 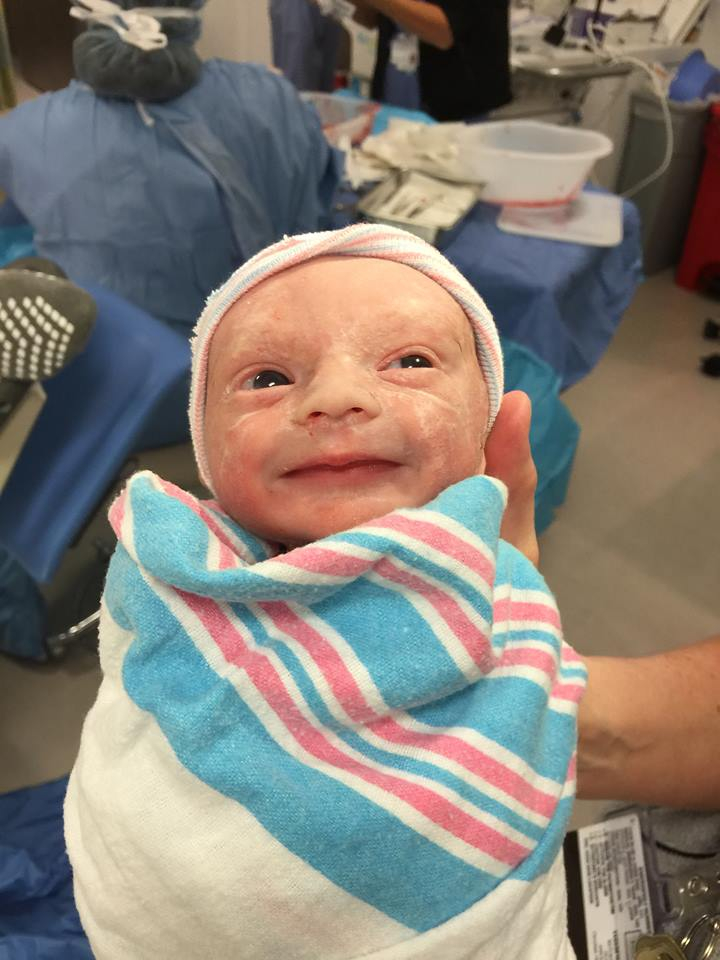 Initially, genetic testing results didn’t reveal anything. Max spent about a month in the NICU (not all that uncommon for a premature baby) and went home with his parents. It wasn’t until about 8 weeks later that a diagnosis emerged.

Max was born with L1CAM Syndrome, an x-linked condition that causes hydrocephalus, muscle stiffness in the lower limbs, thumbs clasped towards the palm of the hand, difficulty speaking, seizures, and underdeveloped or absent corpus callosum. 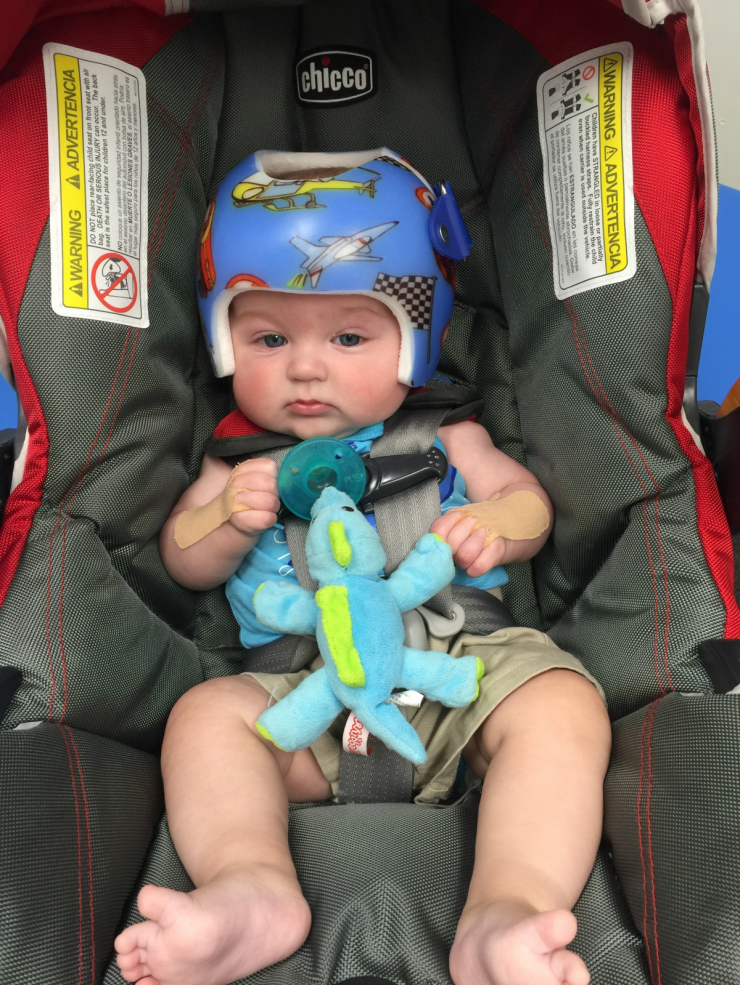 “We had never seen this in our family,” Sarah explained, “But I discovered that I was a carrier.”

“Still, despite what we were facing,” she said, “Max continued to kick butt and take names with what he was handed.” 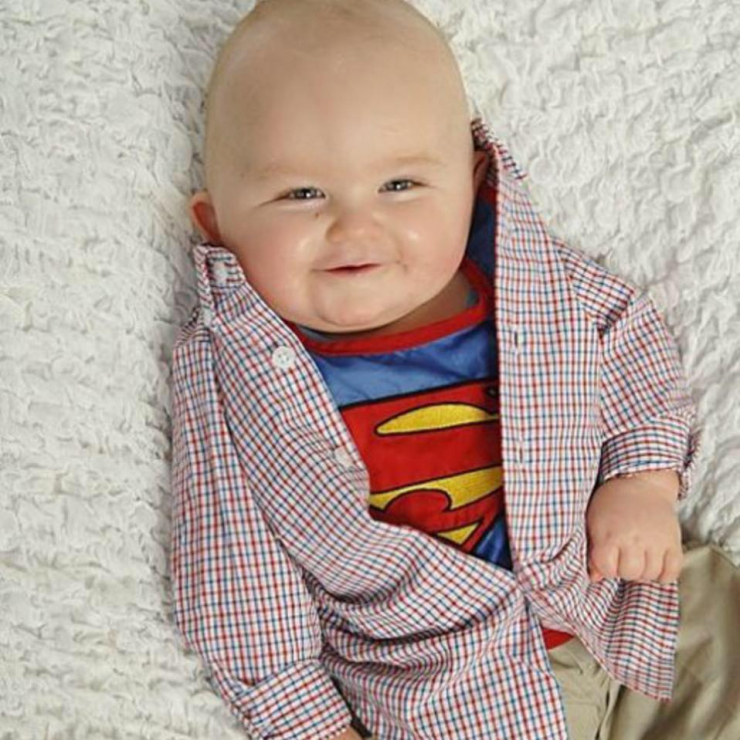 While he had some global delays and epilepsy, Max had just gotten his first wheelchair and was doing really well and hitting some major milestones. He was working his way up into a reverse walker and making big strides. 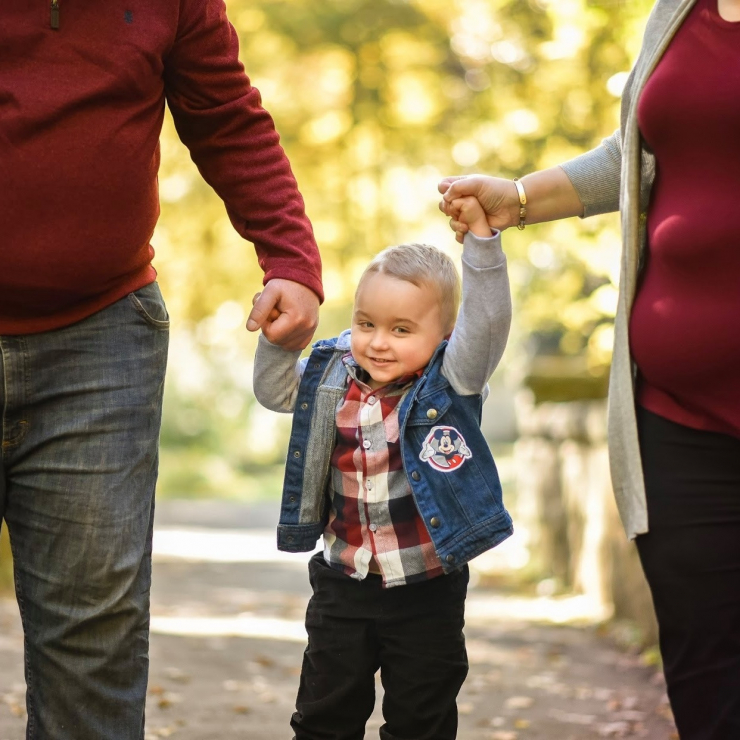 Then came the summer of 2018. Seemingly out of nowhere, Max’s epilepsy volume increased and he began seizing more regularly. He also started dealing with numerous infections and eventually had tonsil and adenoid surgery to try and limit some of the symptoms he was having.

“He just started losing ground,” Sarah told us. “It was like in the course of a few weeks, Max left us. He quit making eye contact, vocalizing, and using the few words he had, and lost nearly all his gross and fine motor skills. All he wanted to do was lay on his back all day, which is obviously so atypical of a three-year-old toddler. He was just completely checked out.” 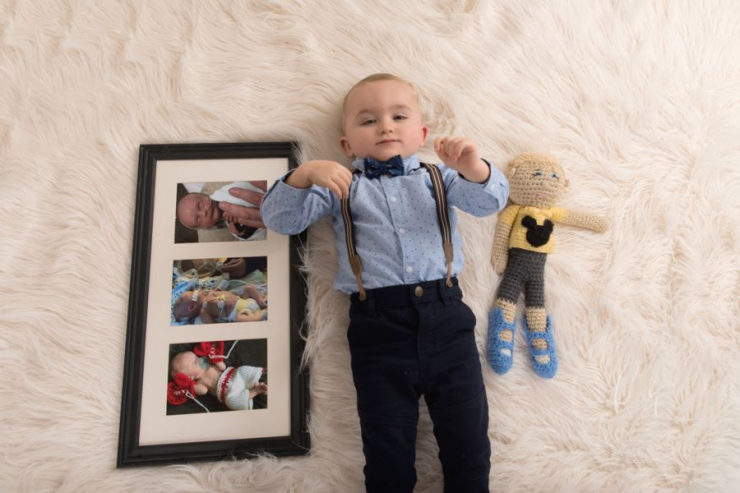 For nearly three months, Sarah and Chadd watched their son suffer as they desperately tried to get some help and answers from his medical team. This time, they were the ones doing the butt-kicking and taking names, working hard to get Max whatever he needed to feel better.

Eventually, he was sent to the epilepsy unit to assess his seizure activity and detect any new developments. He also needed his ventrical shunt replaced and it took him a little longer than normal to wake up after the procedure. 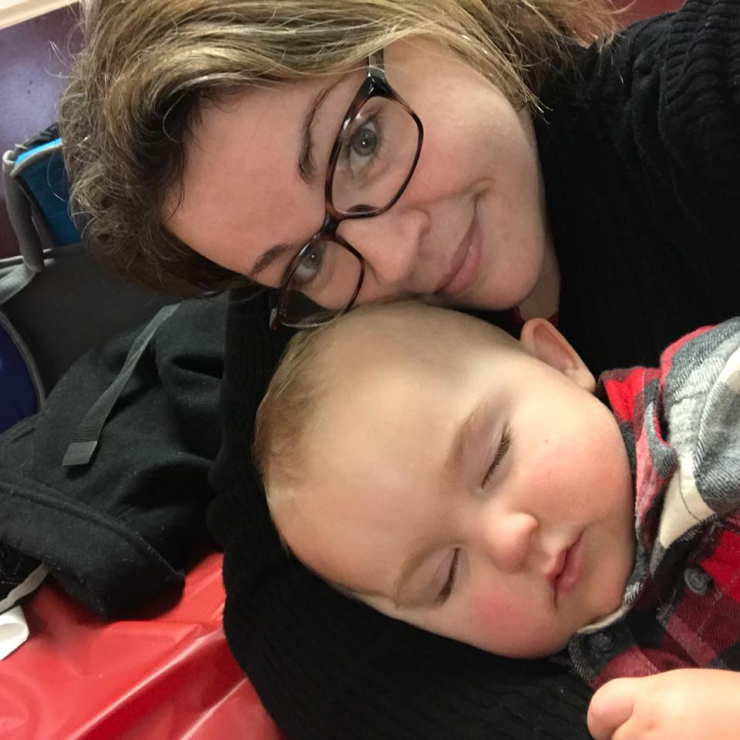 “He went to rehab after and sadly, Max’s effort to gain some skills back took a hit. He had a paralytic ileus (when the muscle contractions that move food through your intestines are temporarily paralyzed) and then some pretty serious GI issues - he started having these crazy vomiting episodes,” Sarah said.

But once again, Max showed his strength and has worked really hard to overcome all of the cards that are stacked against him.

He’s got a lot of things to do and doesn’t want to be slowed down, like riding his Power Wheels motorized car, singing along with Mickey Mouse Clubhouse, and cooking/baking with his mom. (“We have an adaptive switch that plugs into the Kitchenaid mixer so he can help use it,” Sarah told us.) 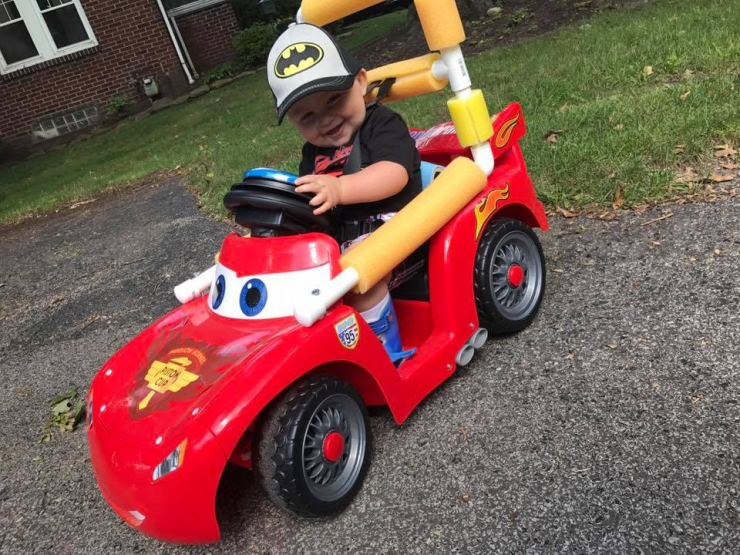 Max just needs a few more people in his corner as he builds his strength. Enter the Trexo Robotics walker. If that sounds like something out of a SciFi movie, that’s because it’s about as ingenious and revolutionary as it gets - at least when it comes to helping children with disabilities learn to walk. 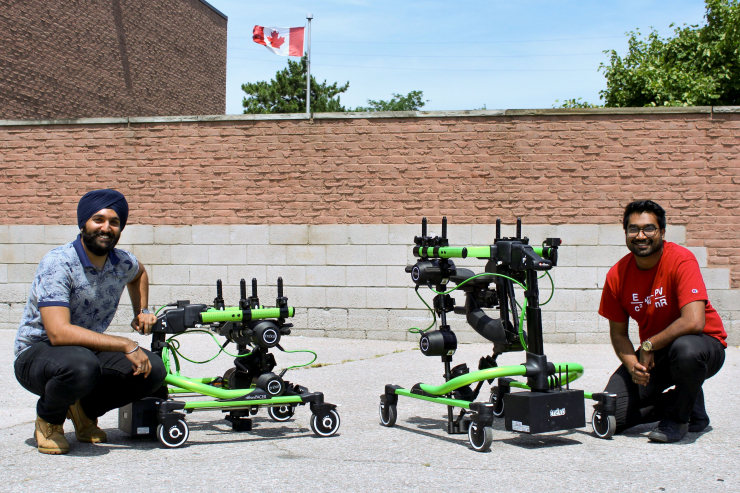 The wearable robots can help kids walk much further, from a few steps to more than thousands each day, along with improving their gait and stride. It’s pretty amazing, but then again, so is Max. Match made in heaven.

“Max loves to move,” Sarah said. “He just isn’t strong enough, yet. The Trexo is designed to pull back support as he gets stronger, so the more he progresses, the less he needs it. We hope by renting it for a year, we can get Max back up and strong enough to walk in a reverse walker again.” 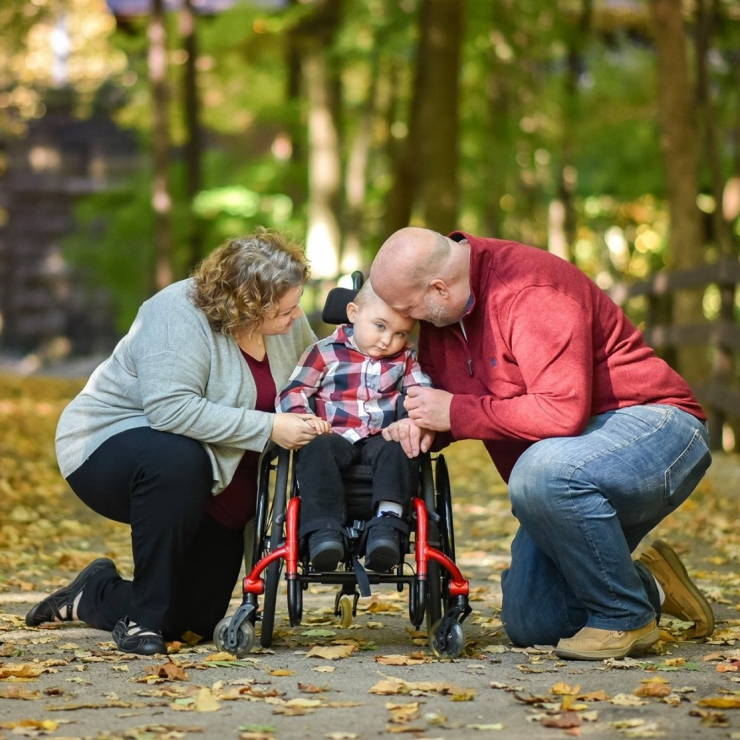 As he grows and gets bigger, they also realized pretty quickly that their transportation needs were changing right along with him. Until Max is able to regain that strength and mobility, he’ll need some additional equipment to help him get around - and Sarah and Chadd will need help with a vehicle that can hold it all.

That’s why Chive Charities and our donors stepped in to help fund both - a one-year rental of the Trexo Robotics walker and a van conversion of their current vehicle to make it more accessible for Max. All in all, the total impact was $24,661. 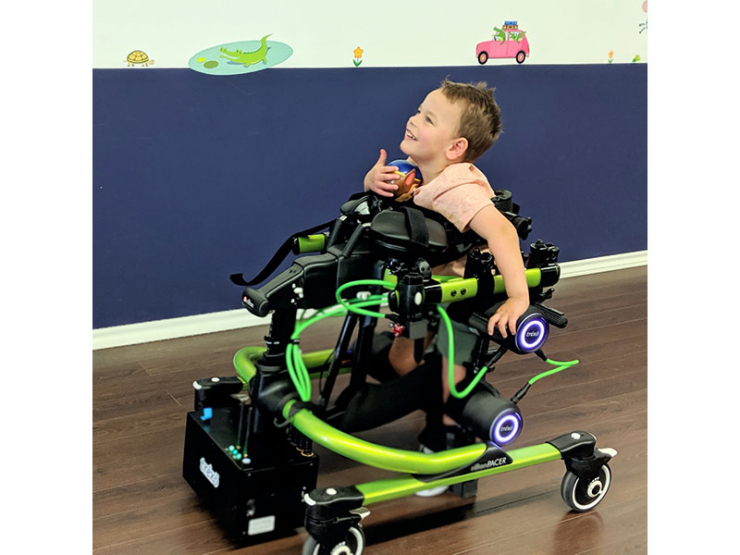 “Life is coming at us fast,” said Sarah and Chadd. “There just isn’t enough to go around. We’re grateful that Max’s joy has come back - he laughs and smiles again. It’s the hardest when he loses that. And we know that he would benefit from being able to be transported to medical appointments and to accessible events in our community. The Trexo will help train his gait and help us get to his goal of self-propelling in his reverse walker again!” 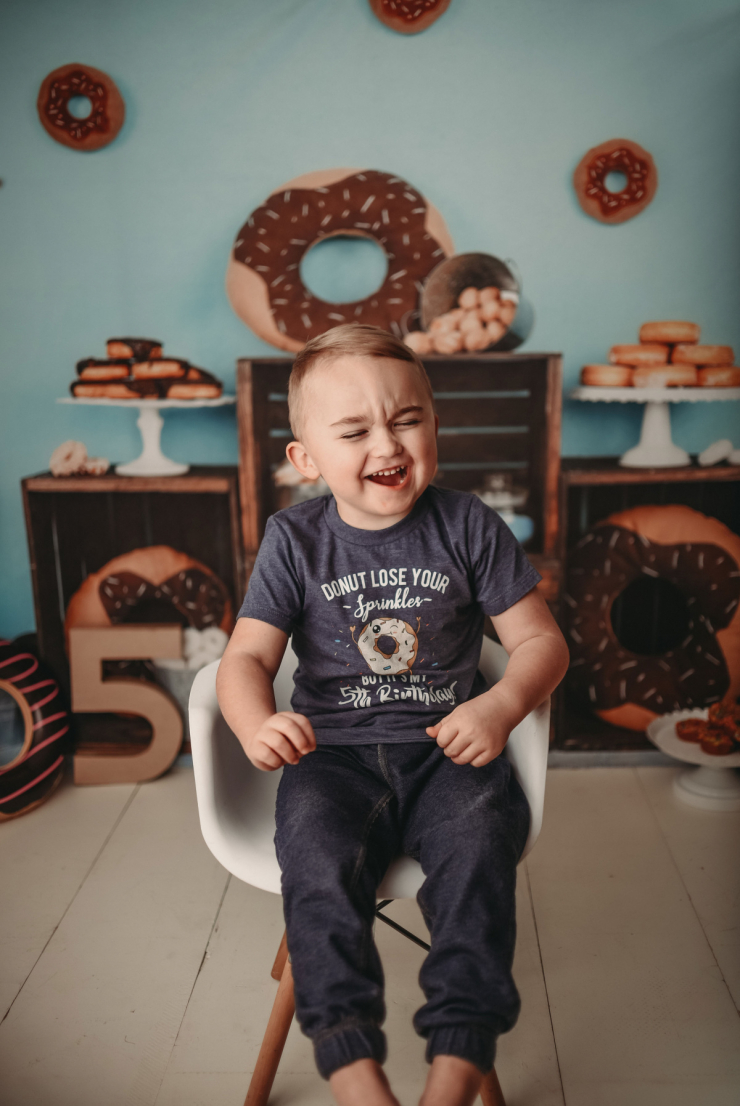 We can’t predict the future, but if we were placing bets, we would put our money on Max kicking butt and taking names each and every time. Because of donors like you, he just got a little closer to doing just that.

Let’s pause and reiterate that again. With contributions ranging from $10/month and up, our donors just helped this family get closer to their goals, one of which is the ability of their son to walk more independently. Giving the gift of freedom…that’s not bad for the cost of lunch.

Are you in? Become a monthly donor and be part of our movement to change more lives. DONATE HERE.